seeing time is Brook Andrew’s new body of work reflecting on and abstracting the concept of time and mark-making. That is, how one perceives and hopes to either manipulate, push against or fall into time. 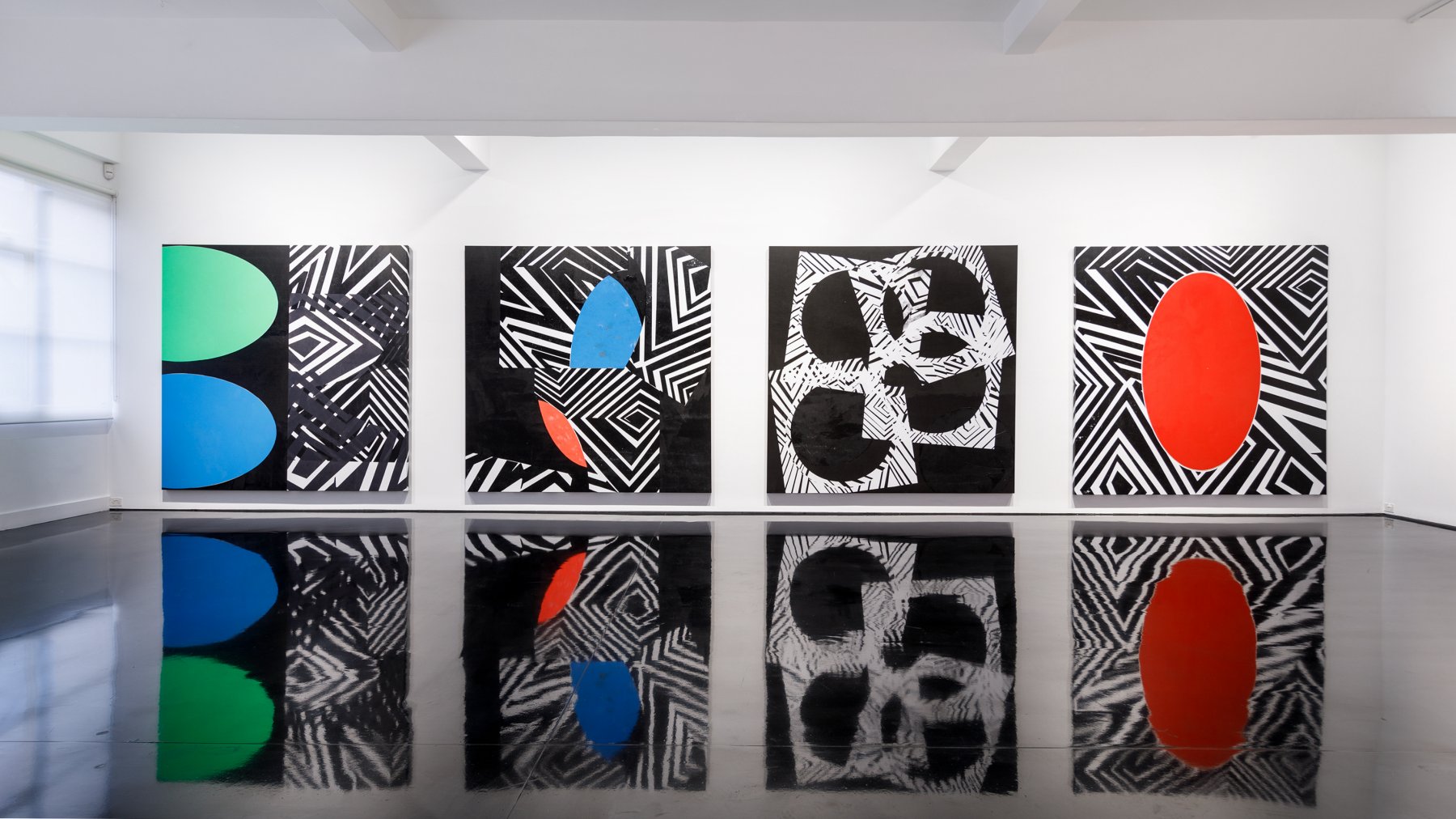 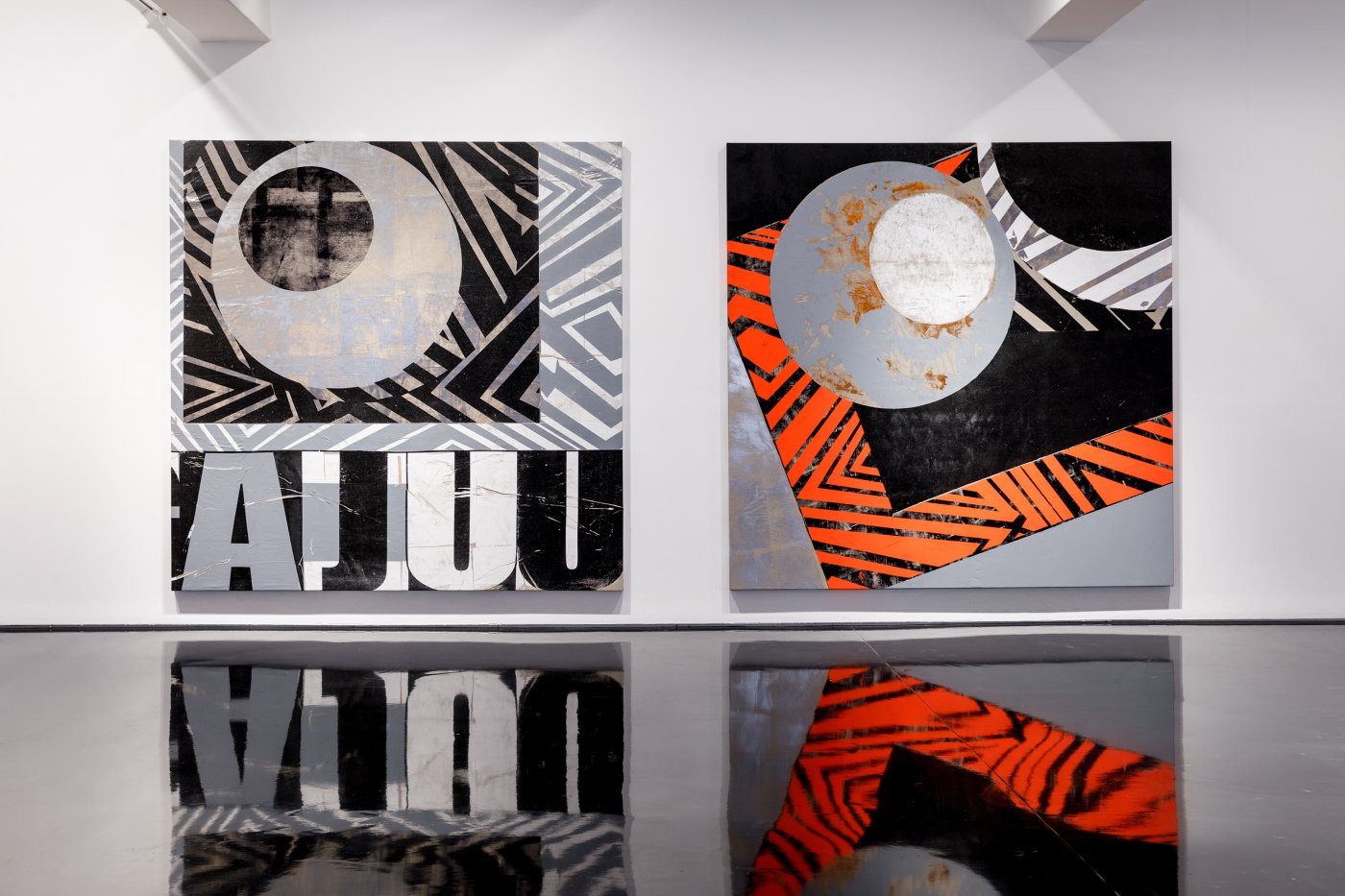 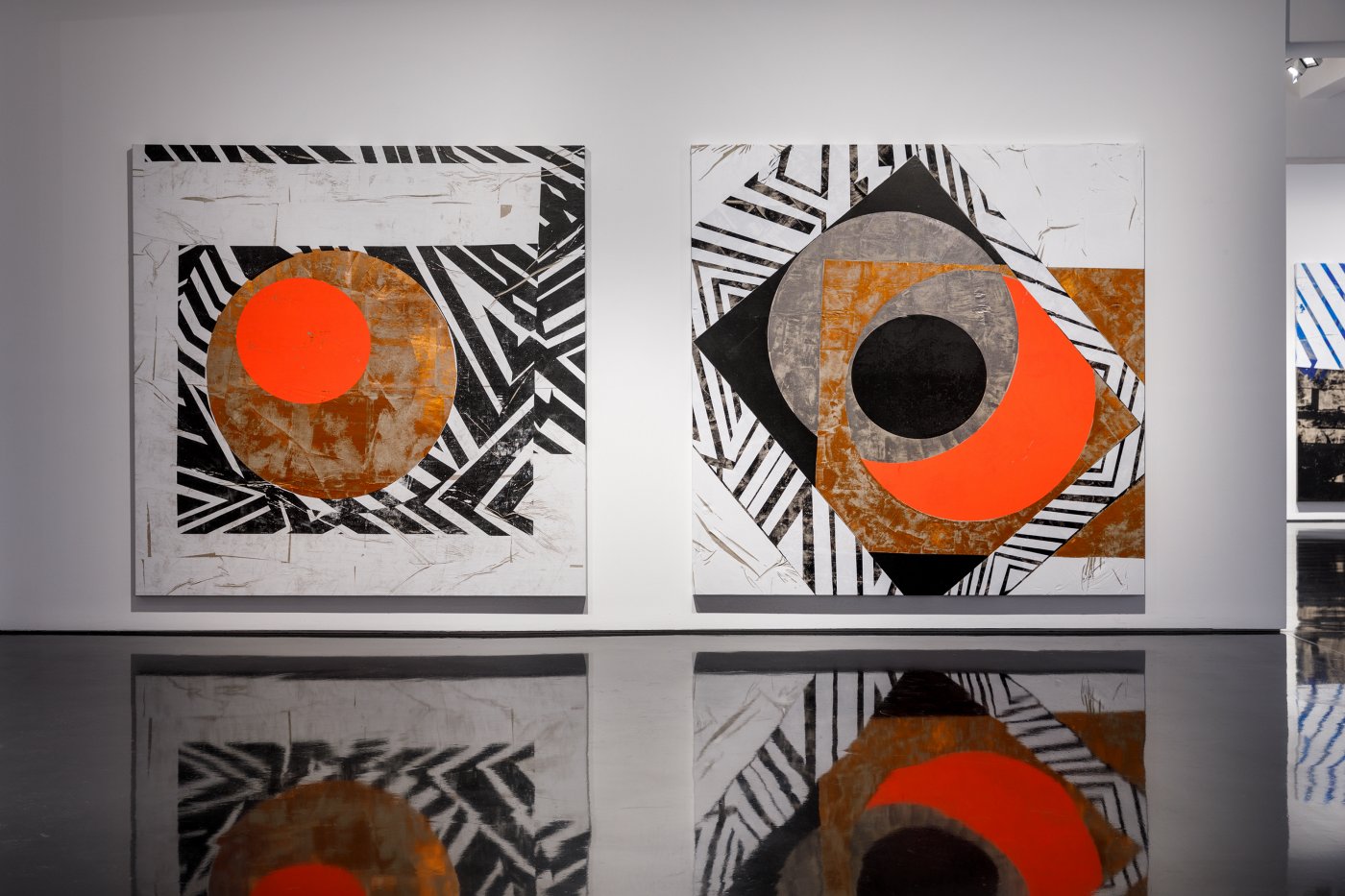 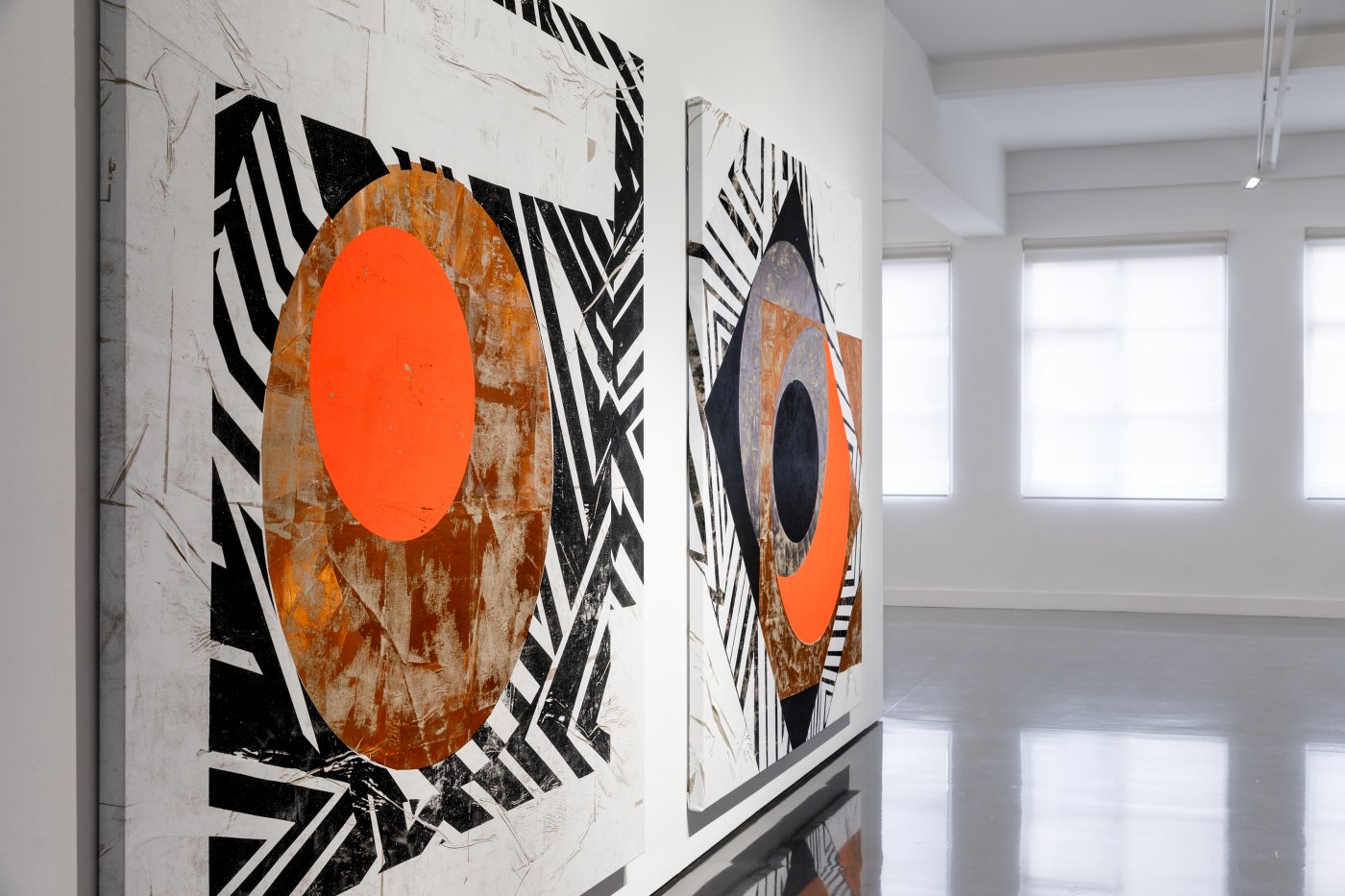 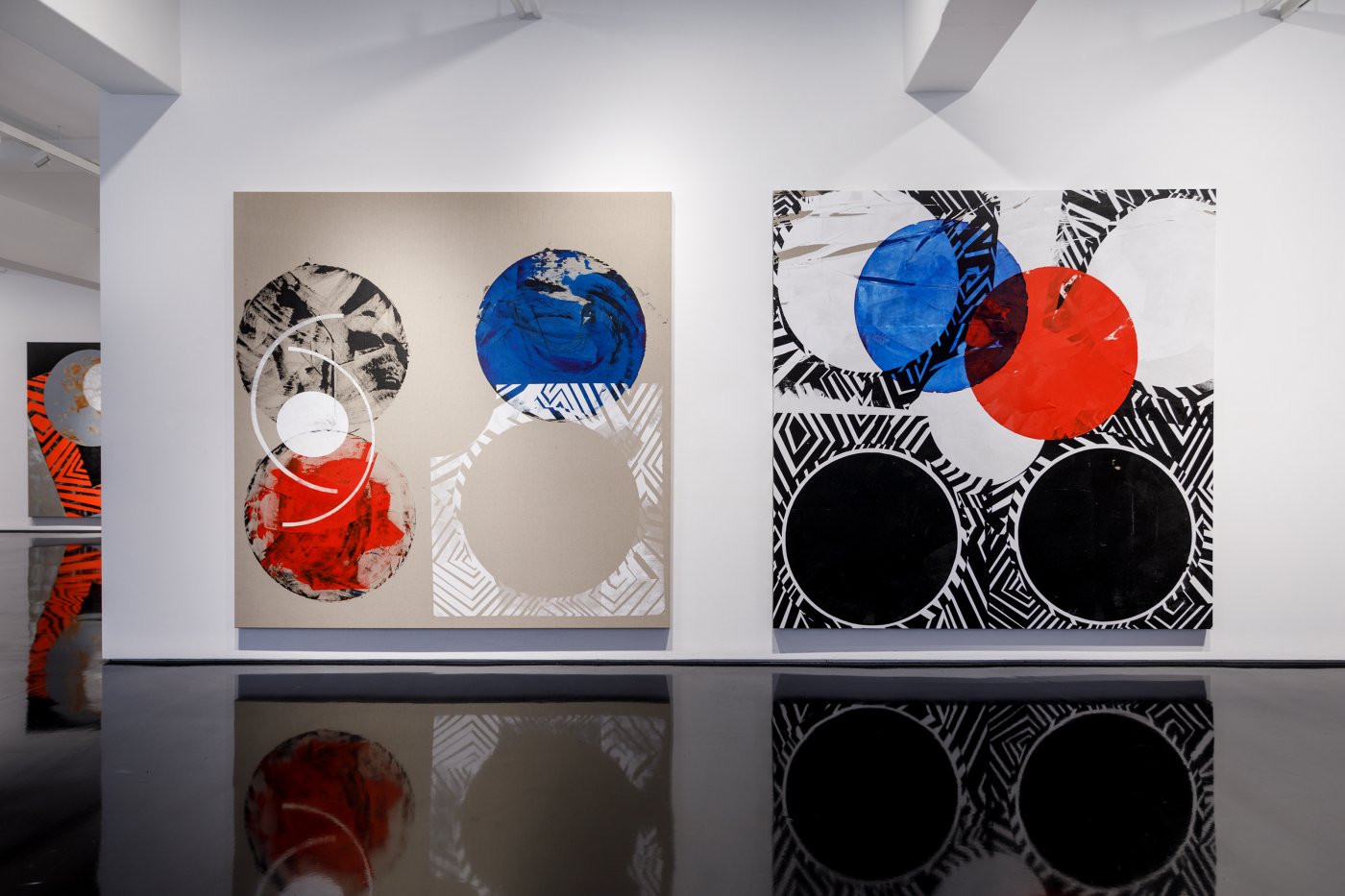 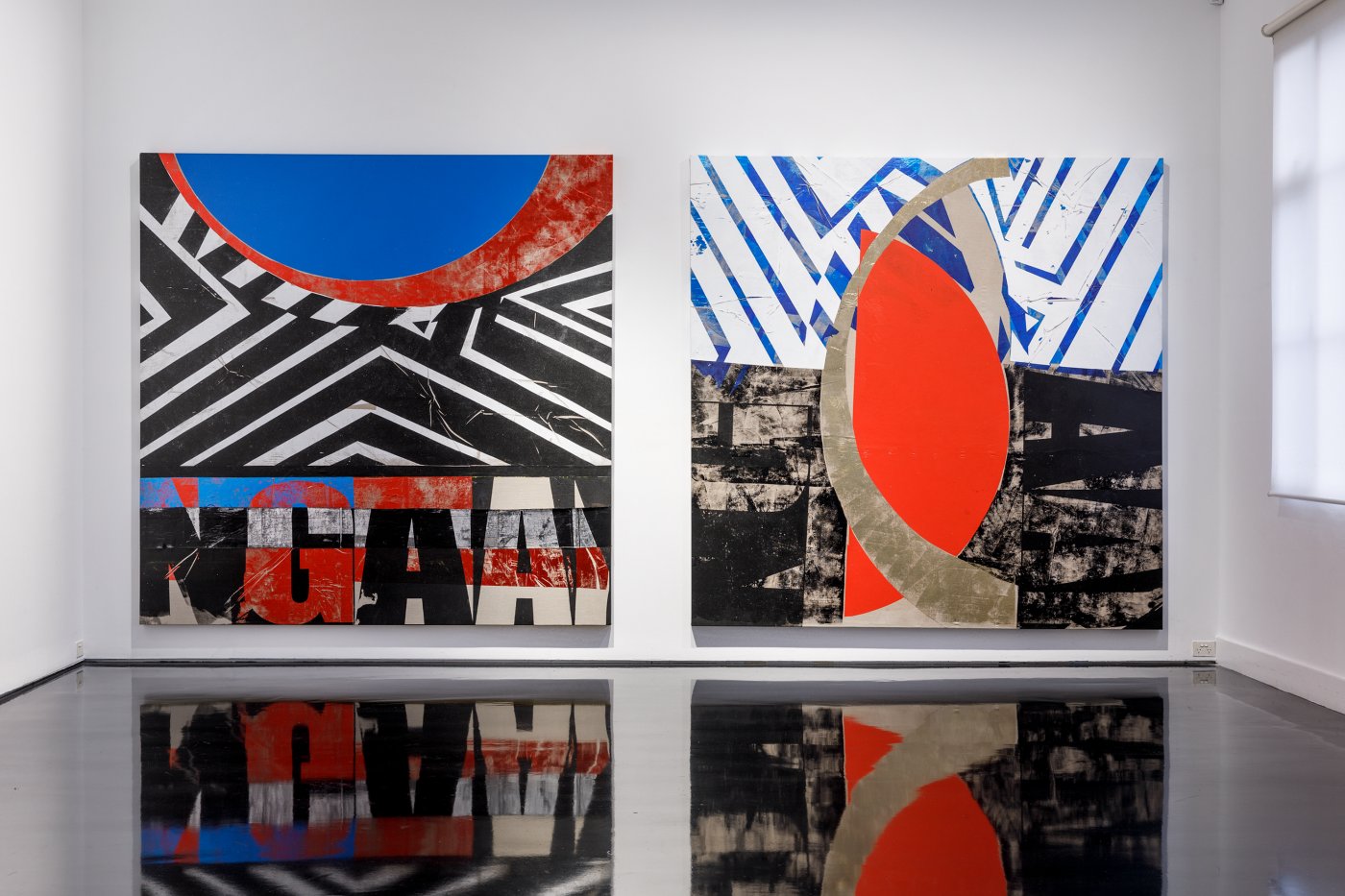 These paintings were created during 2021 and centre on Brook’s alternative visions of time and mark-making outside the Western art canon.

This is a contribution to current challenges and dialogues around decolonisation, which is for Brook, a progression towards a state of yindyamarra-gunhanha (ongoing respect).

yindyamarra-gunhanha is a term he has developed to deal with the often challenging space of museum research and repatriation.

Brook Andrew adopts his signature black and white patterns from his Wiradjuri cultural heritage. By doing so, he reinforces the strength and cultural continuity of the Wiradjuri for himself and others.

Brook Andrew is an artist and scholar who is driven by the collisions of intertwined narratives, often emerging from the mess of the ‘Colonial Hole’ and was artistic director of NIRIN, the 22nd Biennale of Sydney, 2020.

In 2020, Brook Andrew was named by Art Review’s Power 100 list as one of the most influential people in the art world. Artsy recognised him as one of the most influential artists of the year.
His artworks, museum interventions and curatorial projects challenge the limitations imposed by power structures, historical amnesia, stereotyping and complicity to centre Indigenous perspectives.

Apart from Brook’s artistic practice, his other current projects include: co-curator of We Are Not All Just Human After All: Care, Repair, Healing scheduled to open in September 2022 at the Martin-Gropius-Bau, Berlin; International advisor to the Nordic Pavilion being transformed into the Sámi Pavilion at the 59th International Art Exhibition of La Biennale di Venezia 2022; Associate Researcher, Pitt Rivers Museum, Oxford, UK; and the ARC project with co-investigator Professor Brian Martin “More than a guulany (tree): Aboriginal knowledge systems”.