Steve Turner presents Burnout, a solo exhibition by Vienna-based Brittany Tucker featuring new large-scale loosely rendered paintings, half of which incorporate text that was spray-painted on in a street-tag manner. 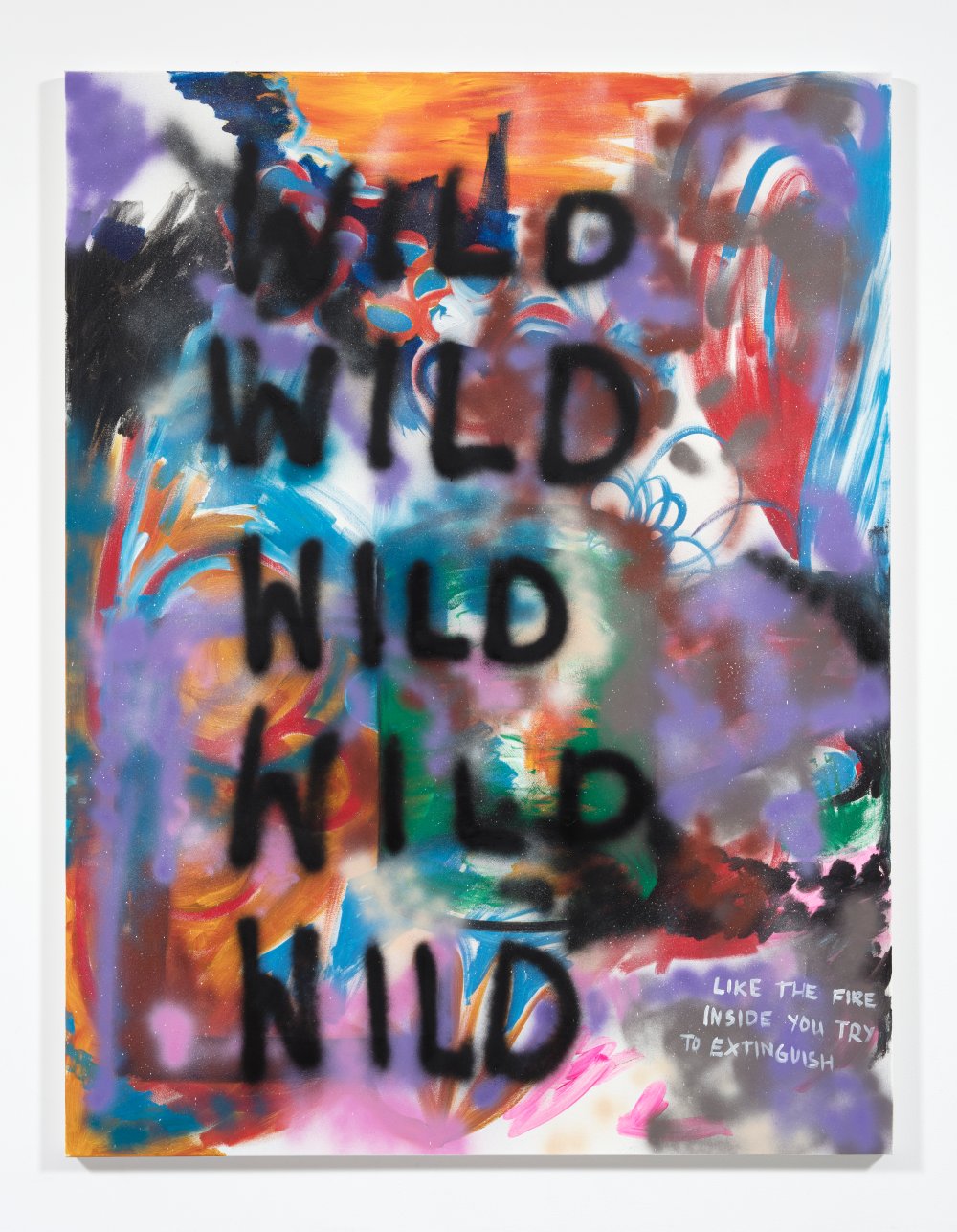 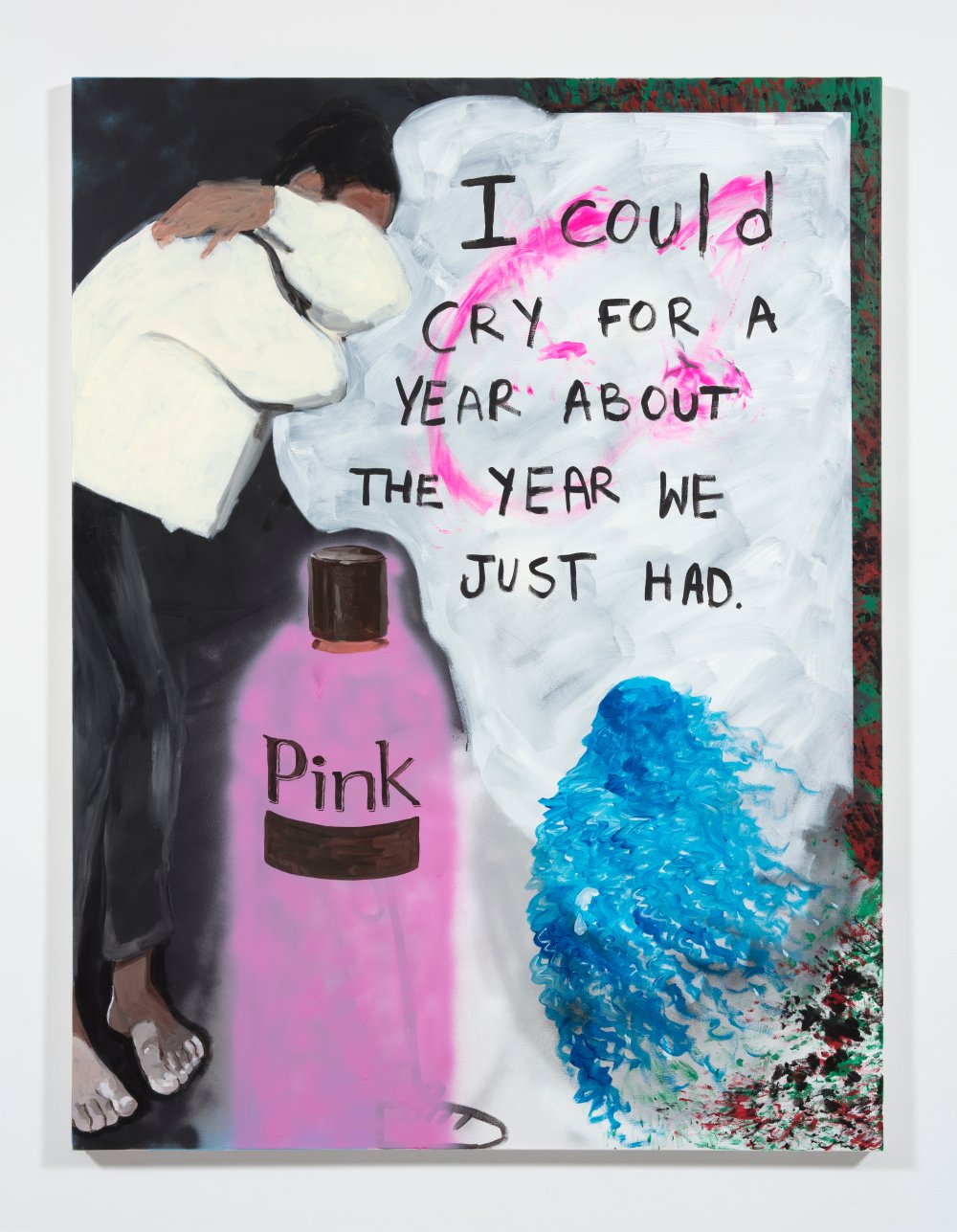 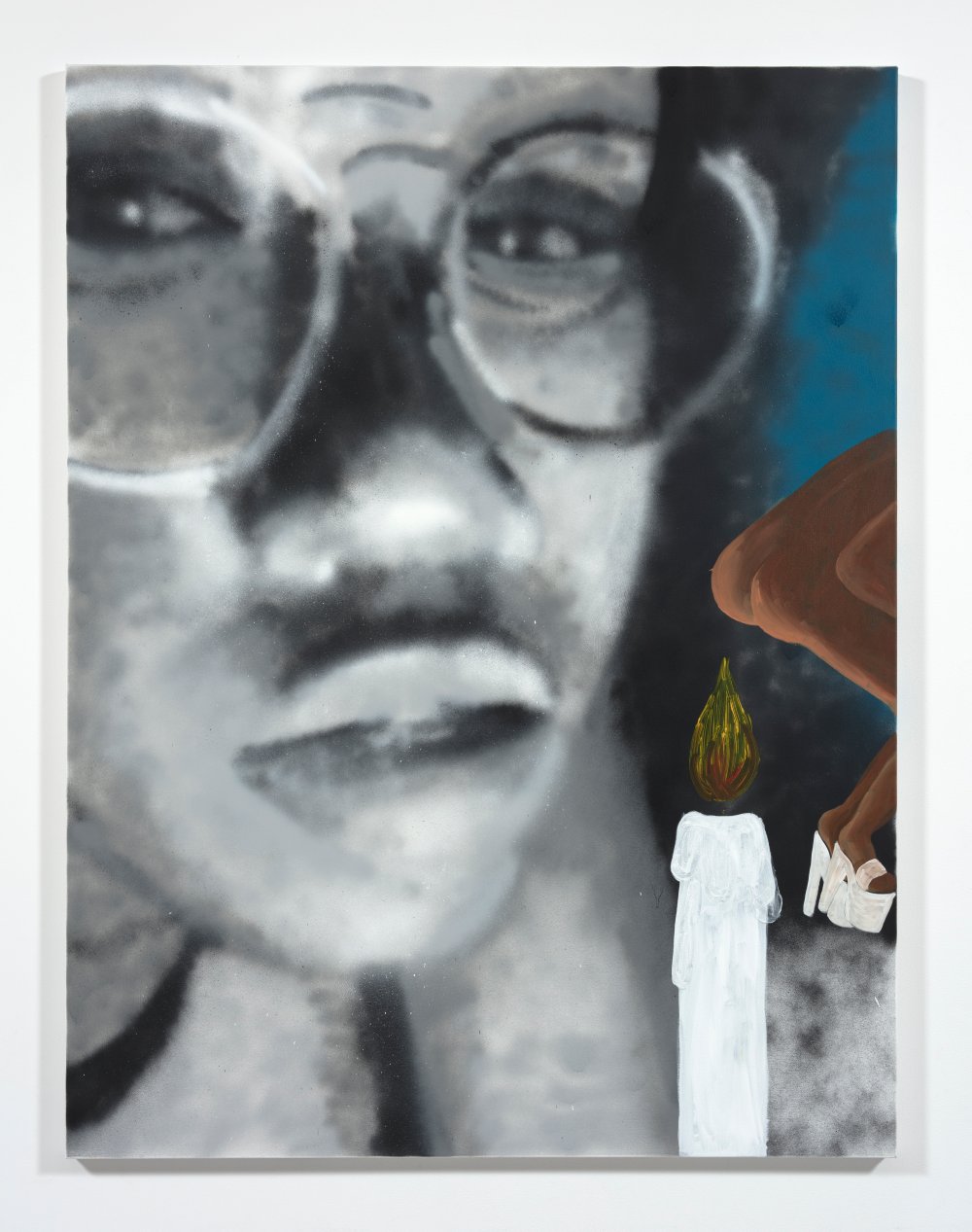 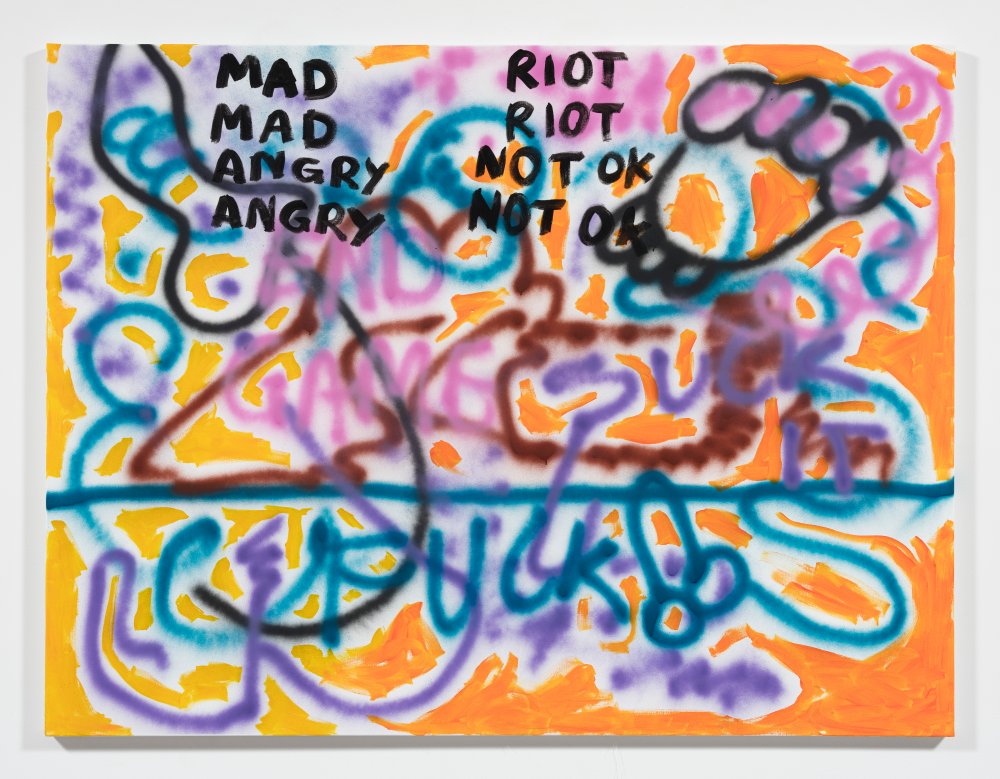 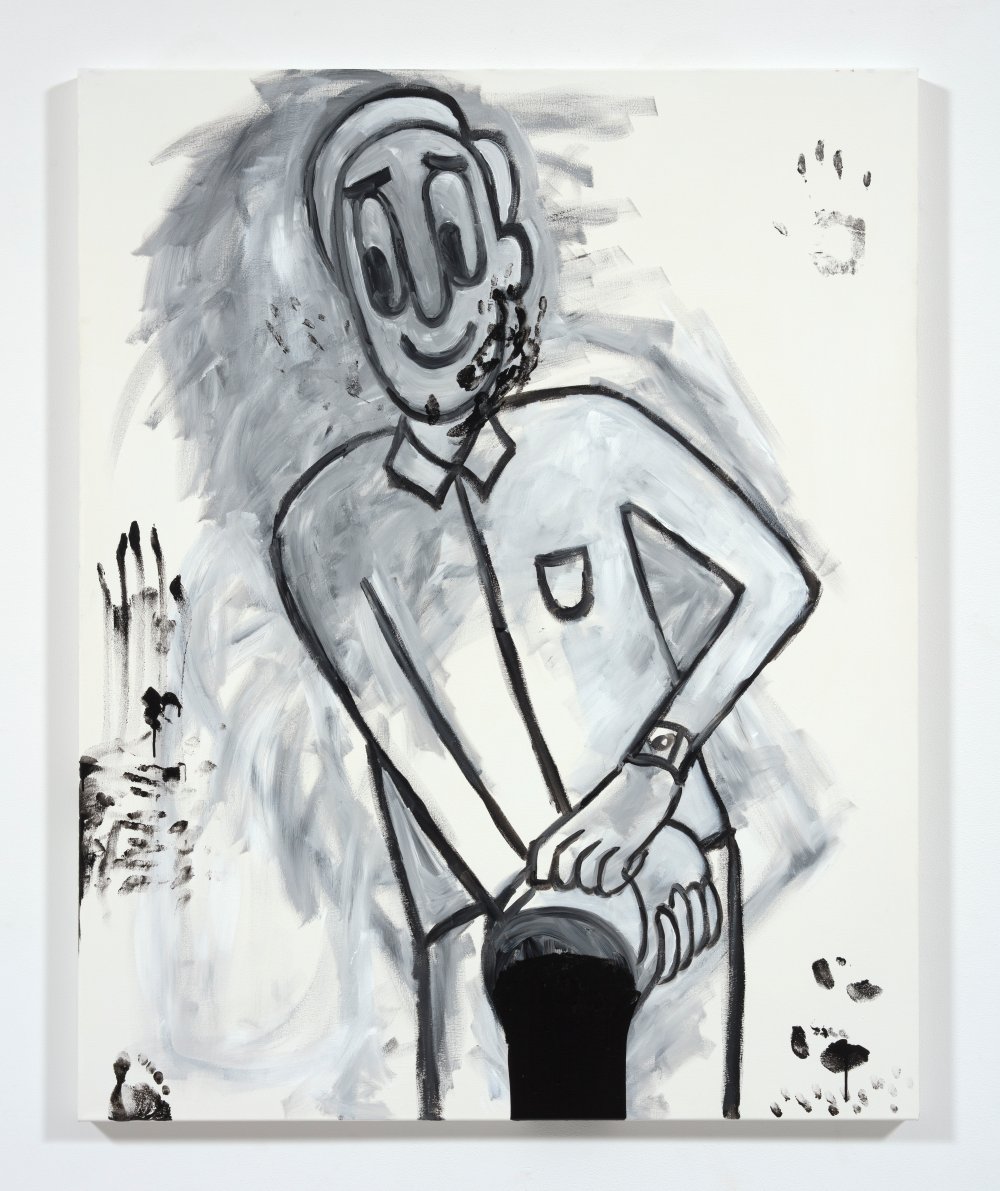 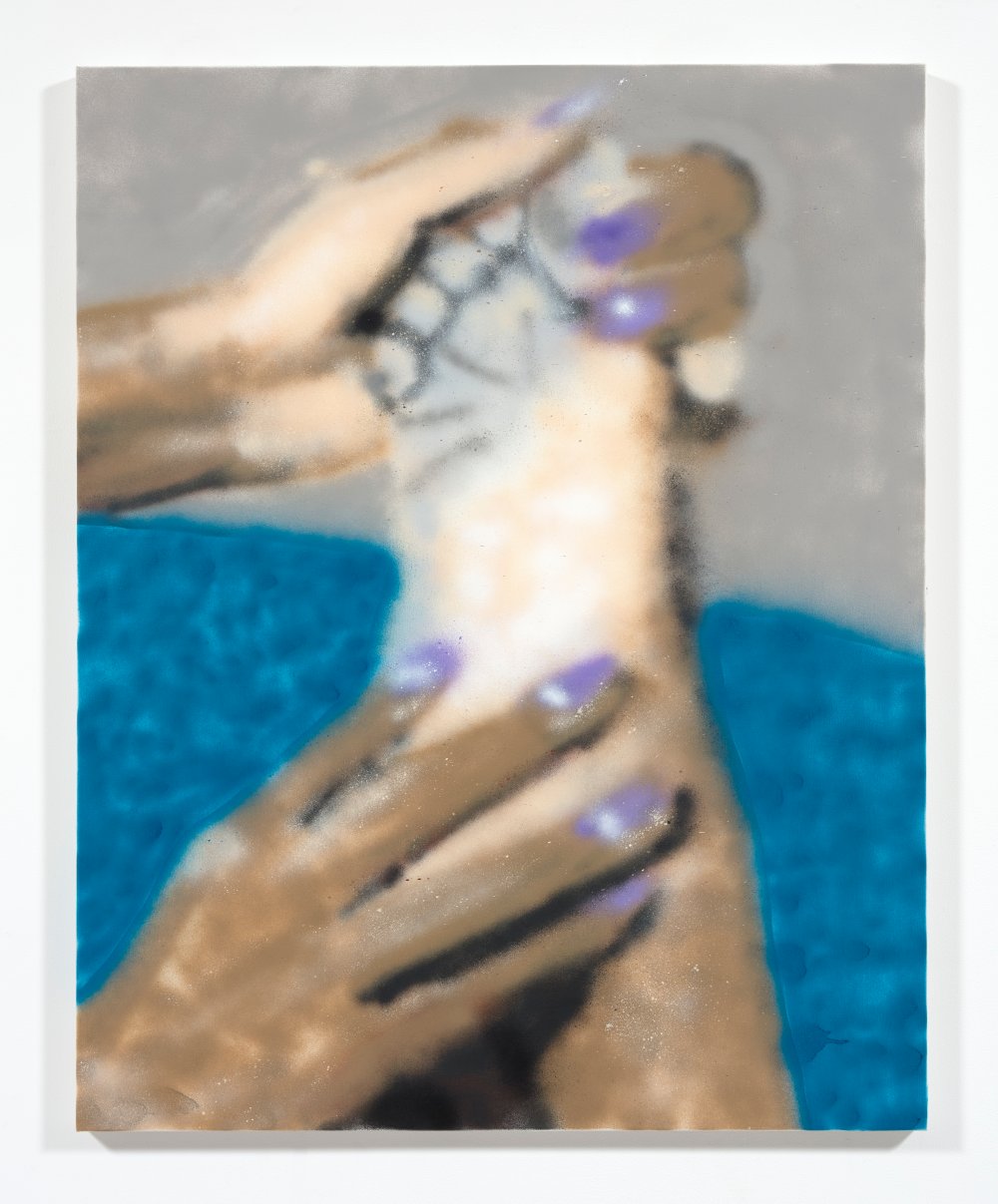 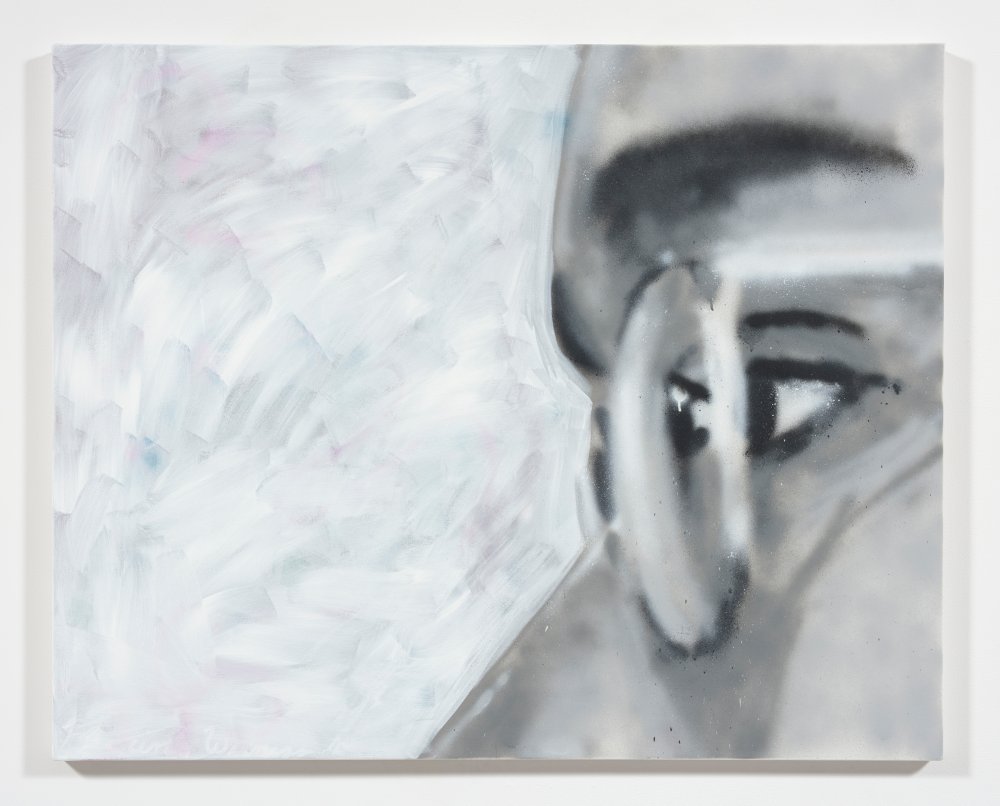 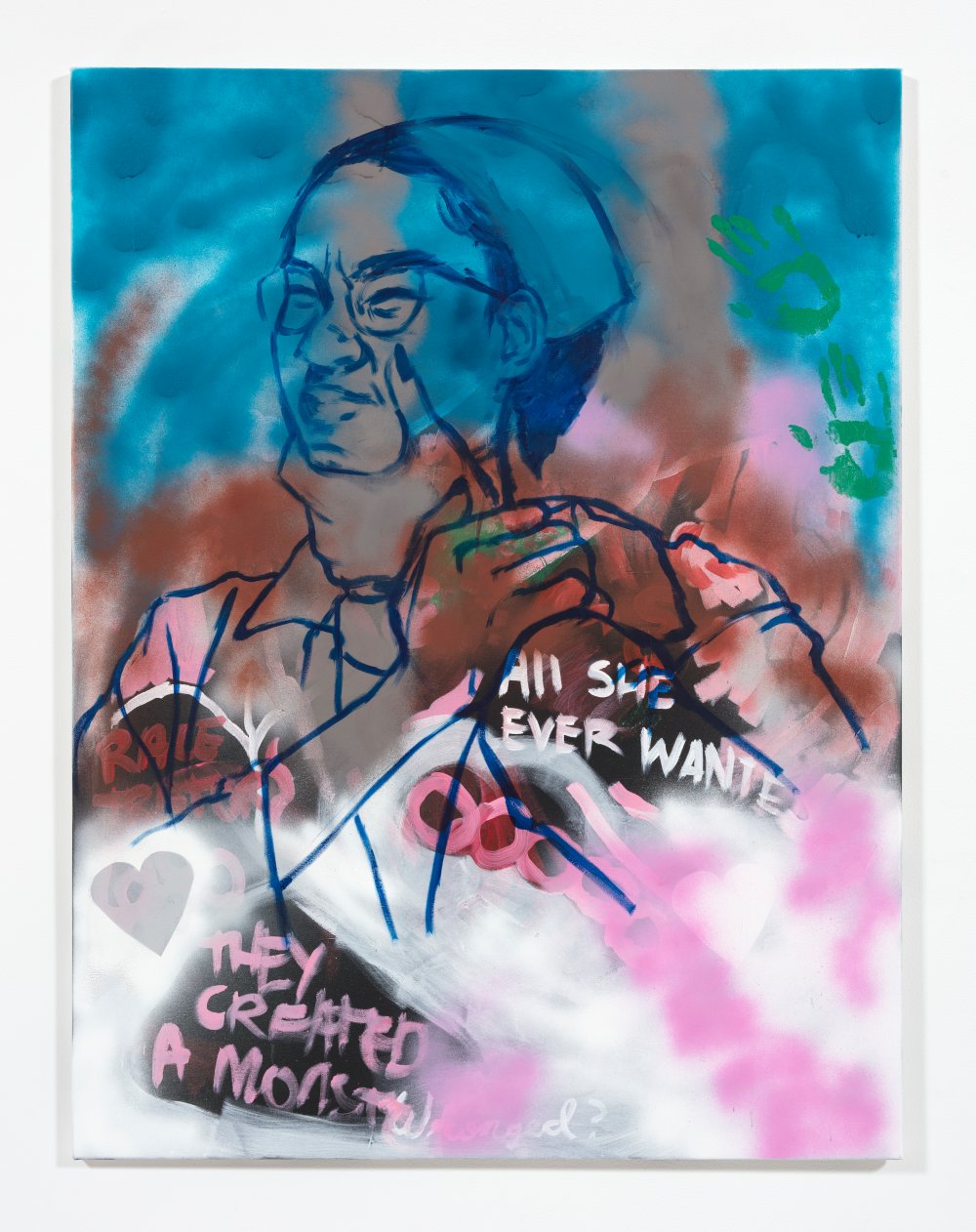 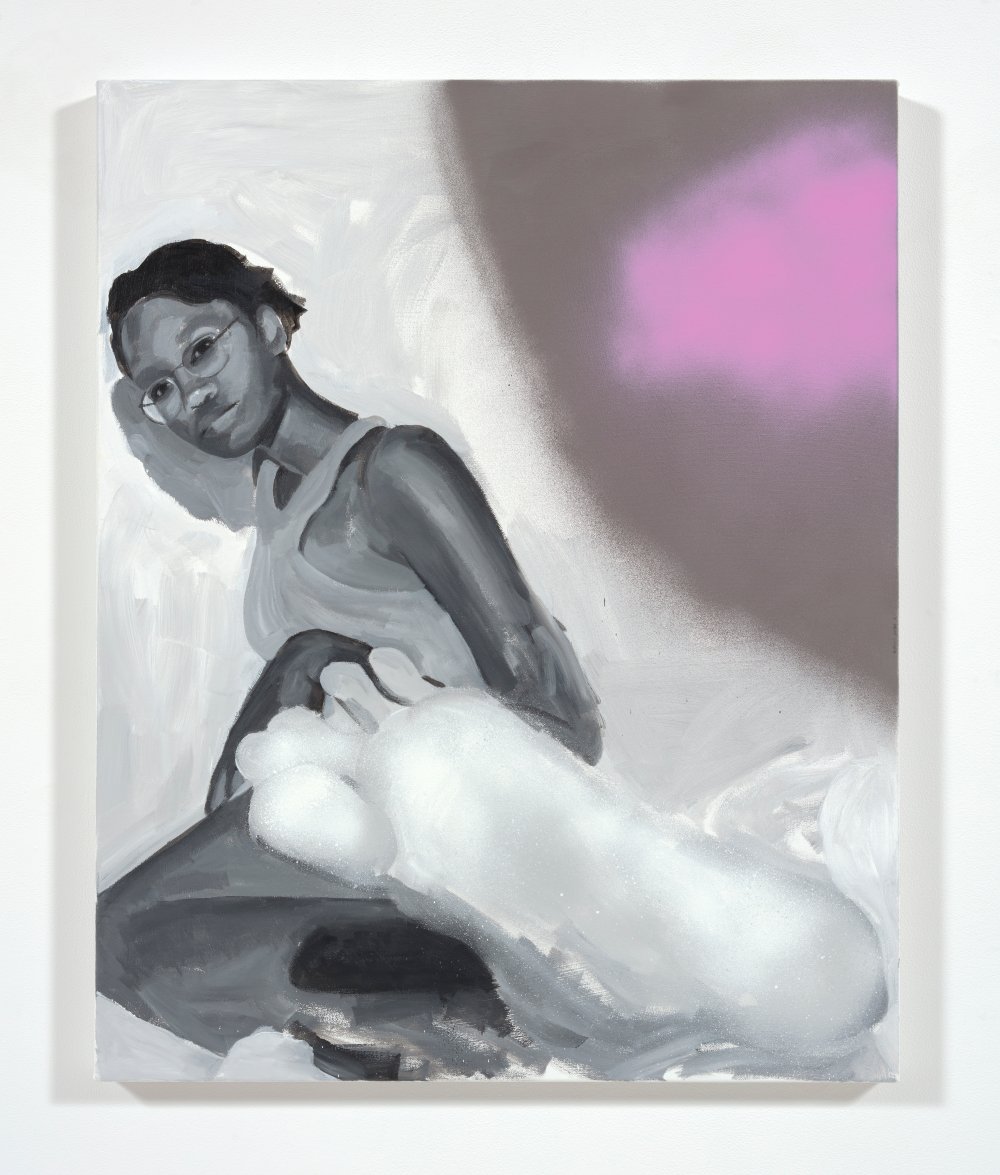 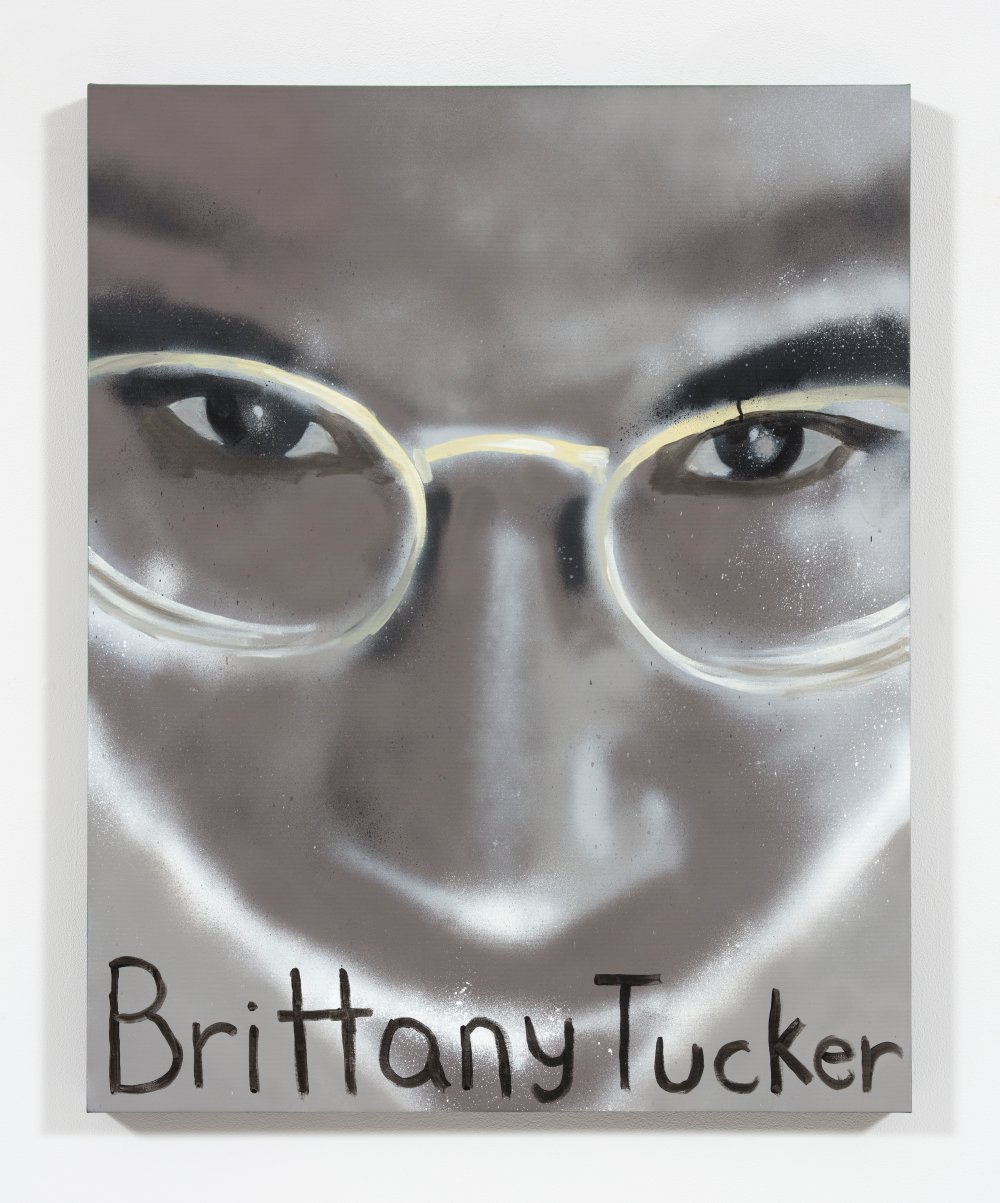 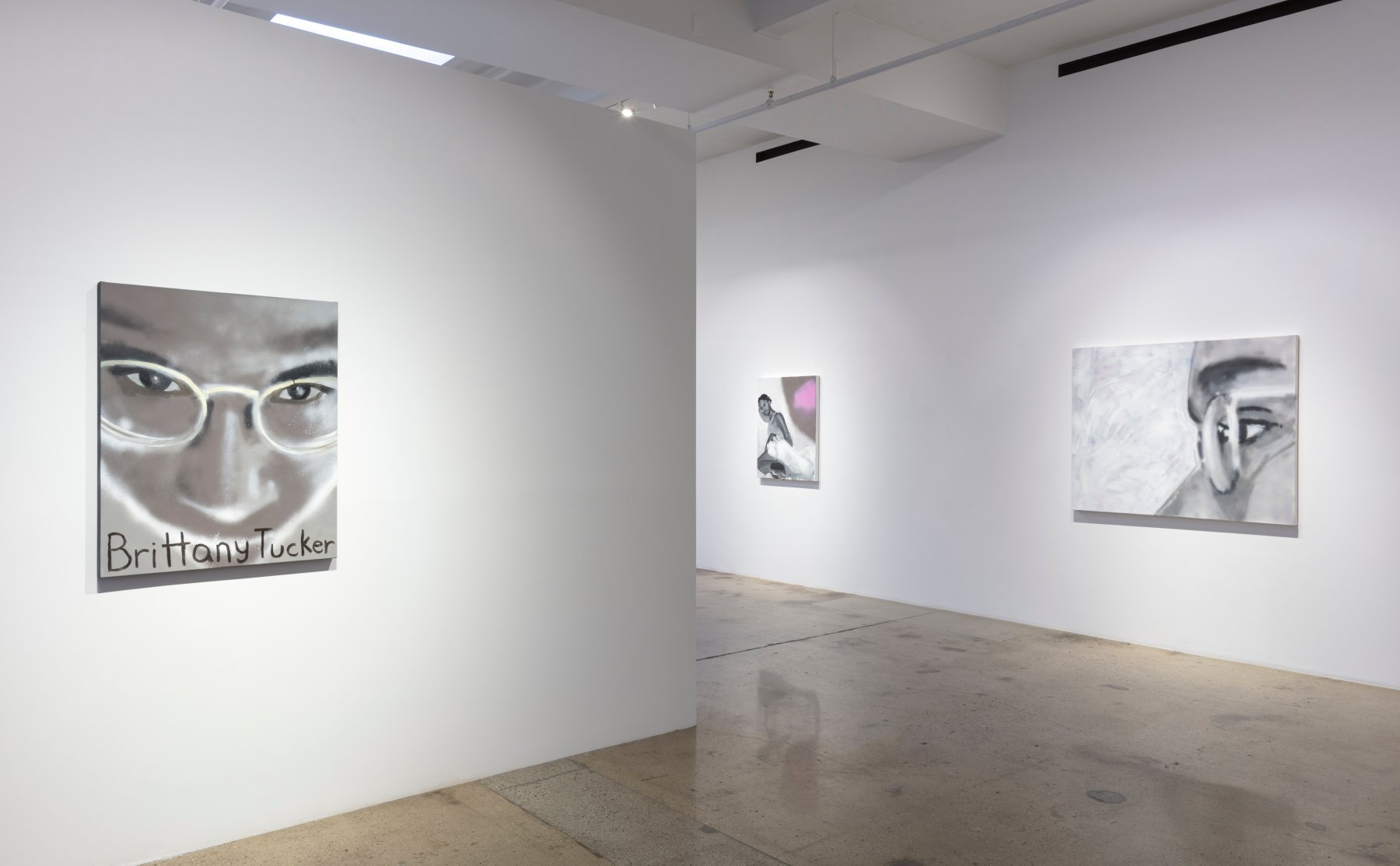 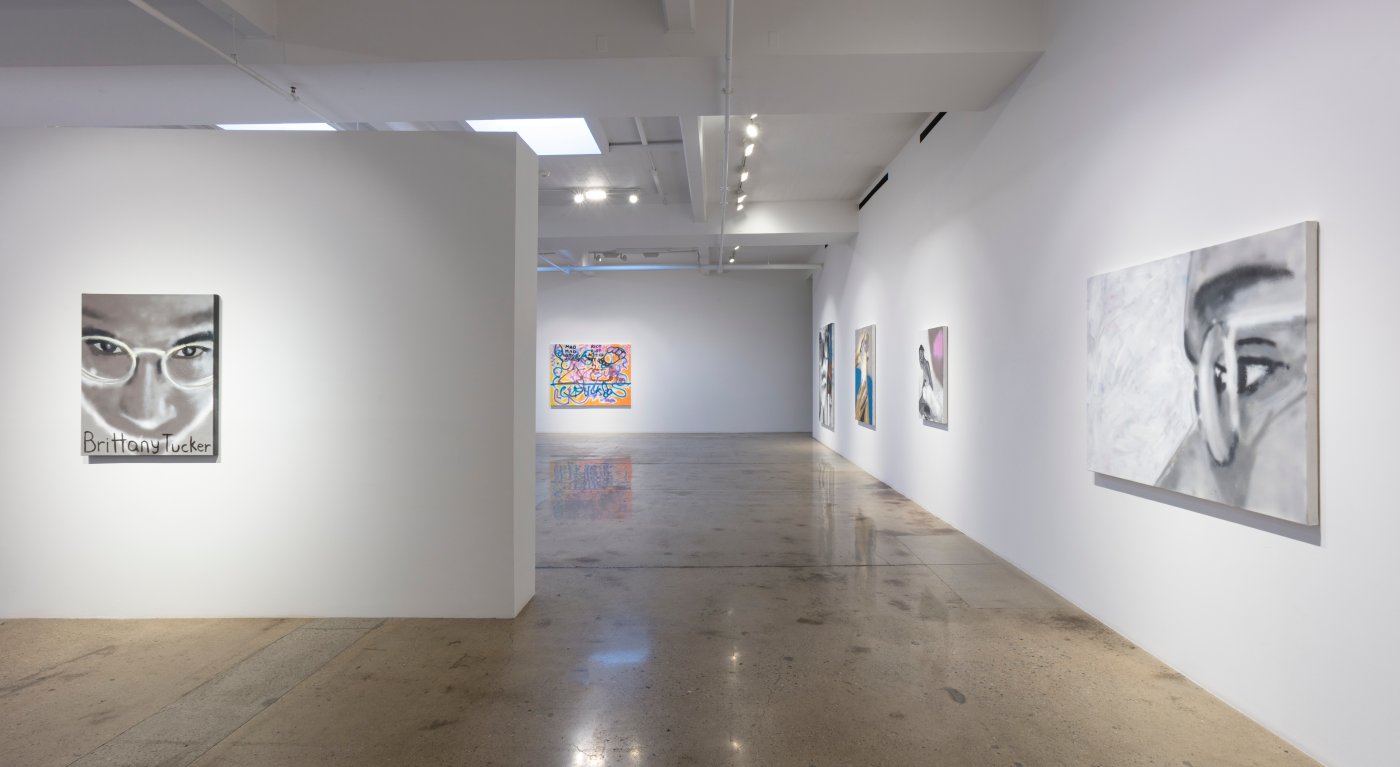 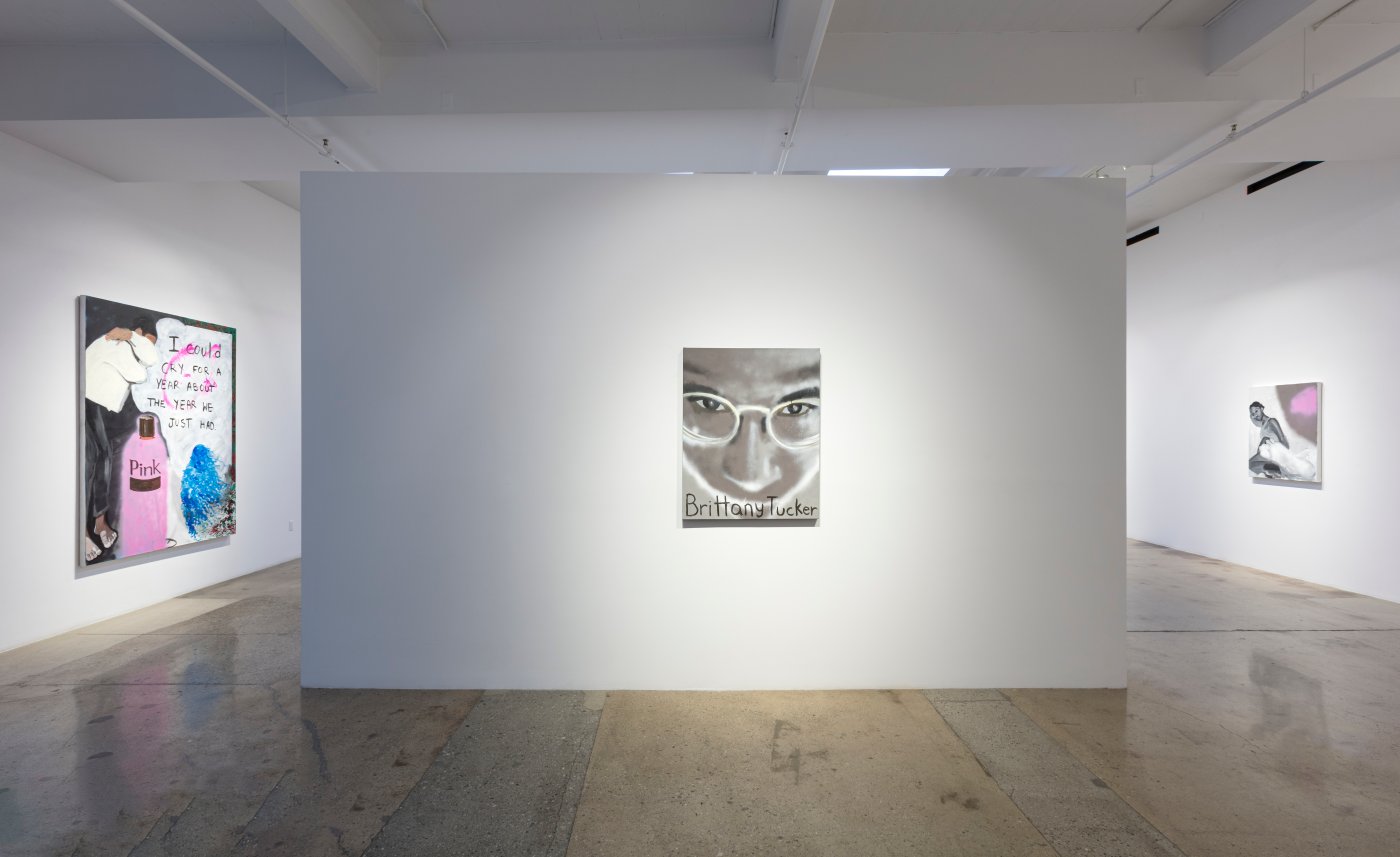 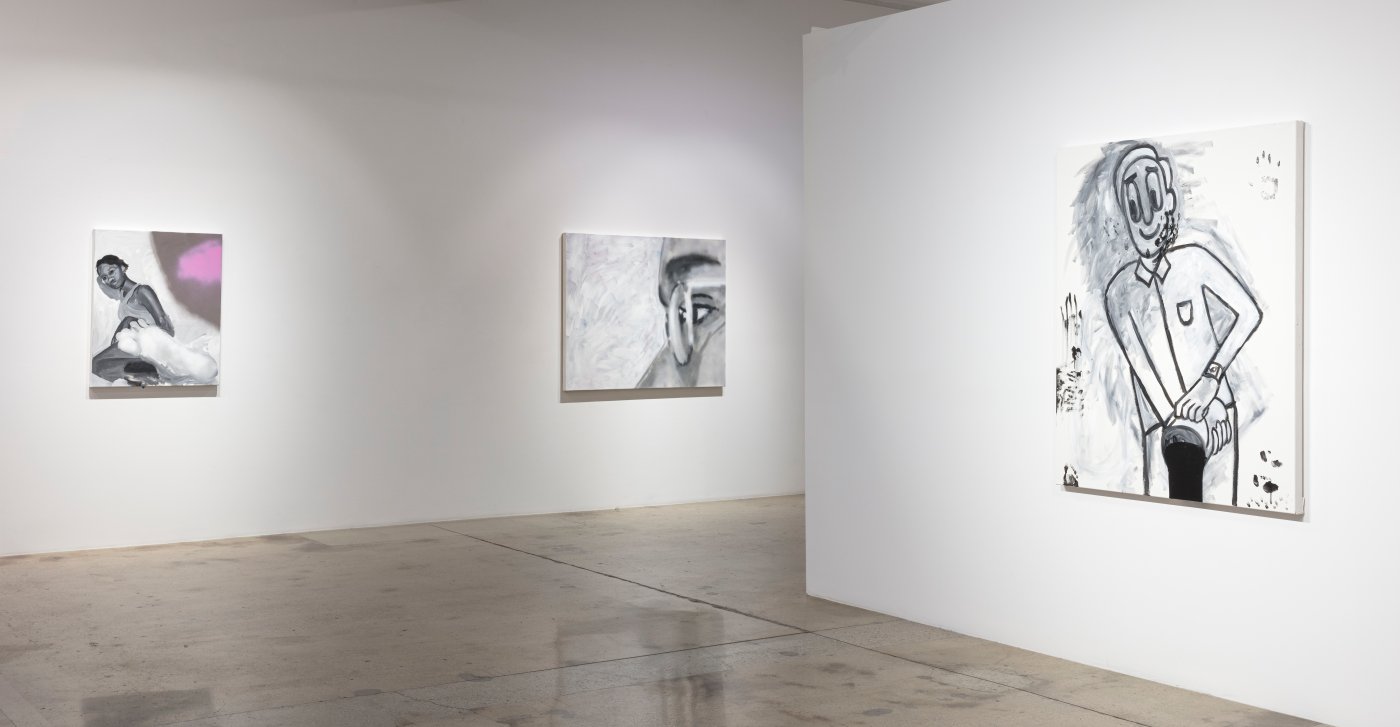 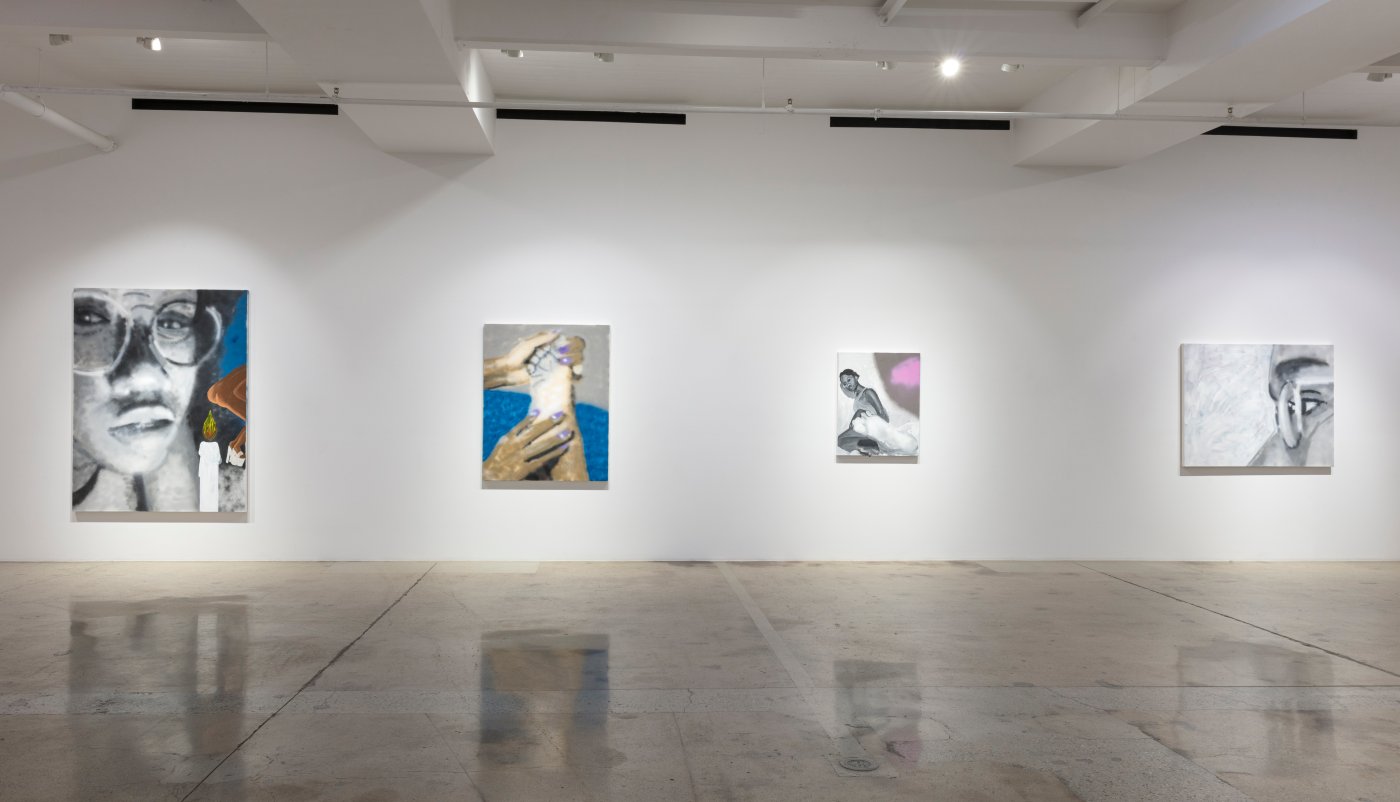 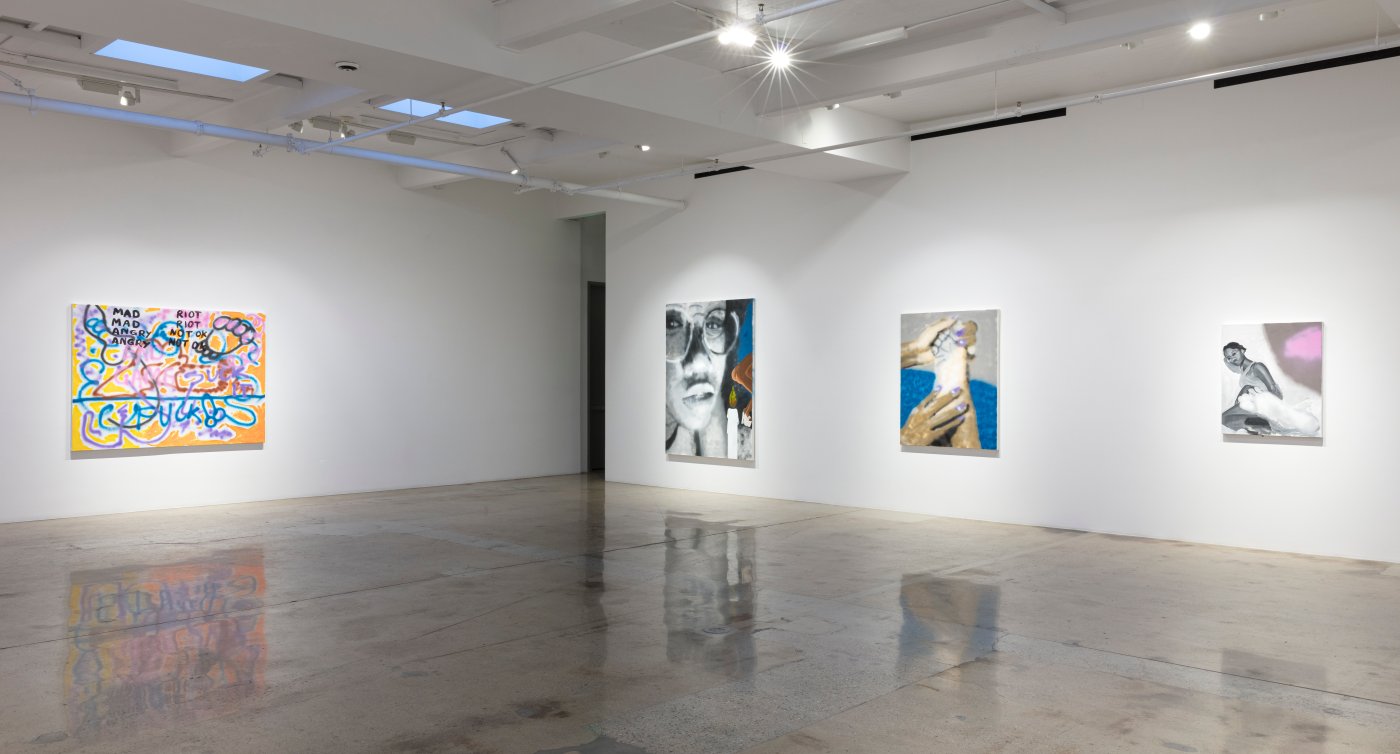 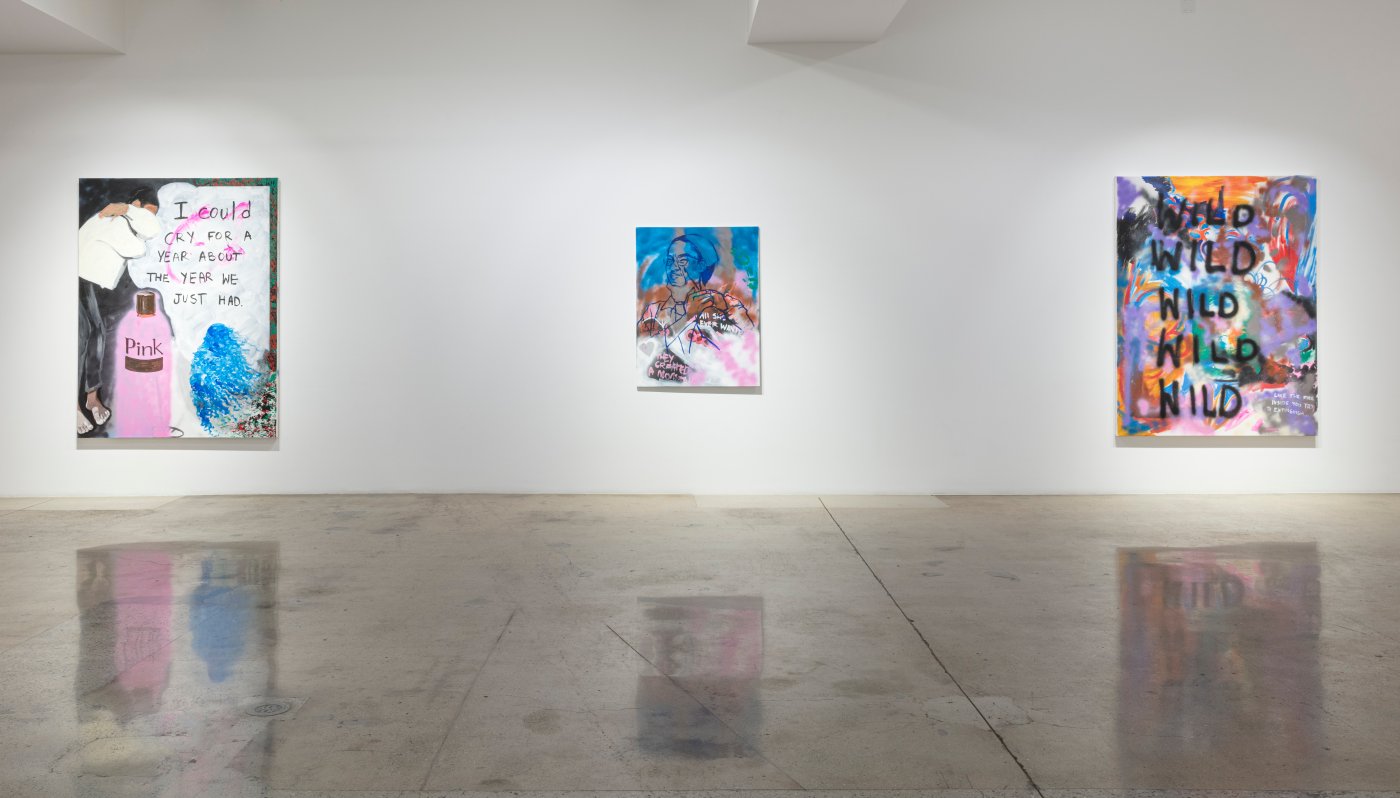 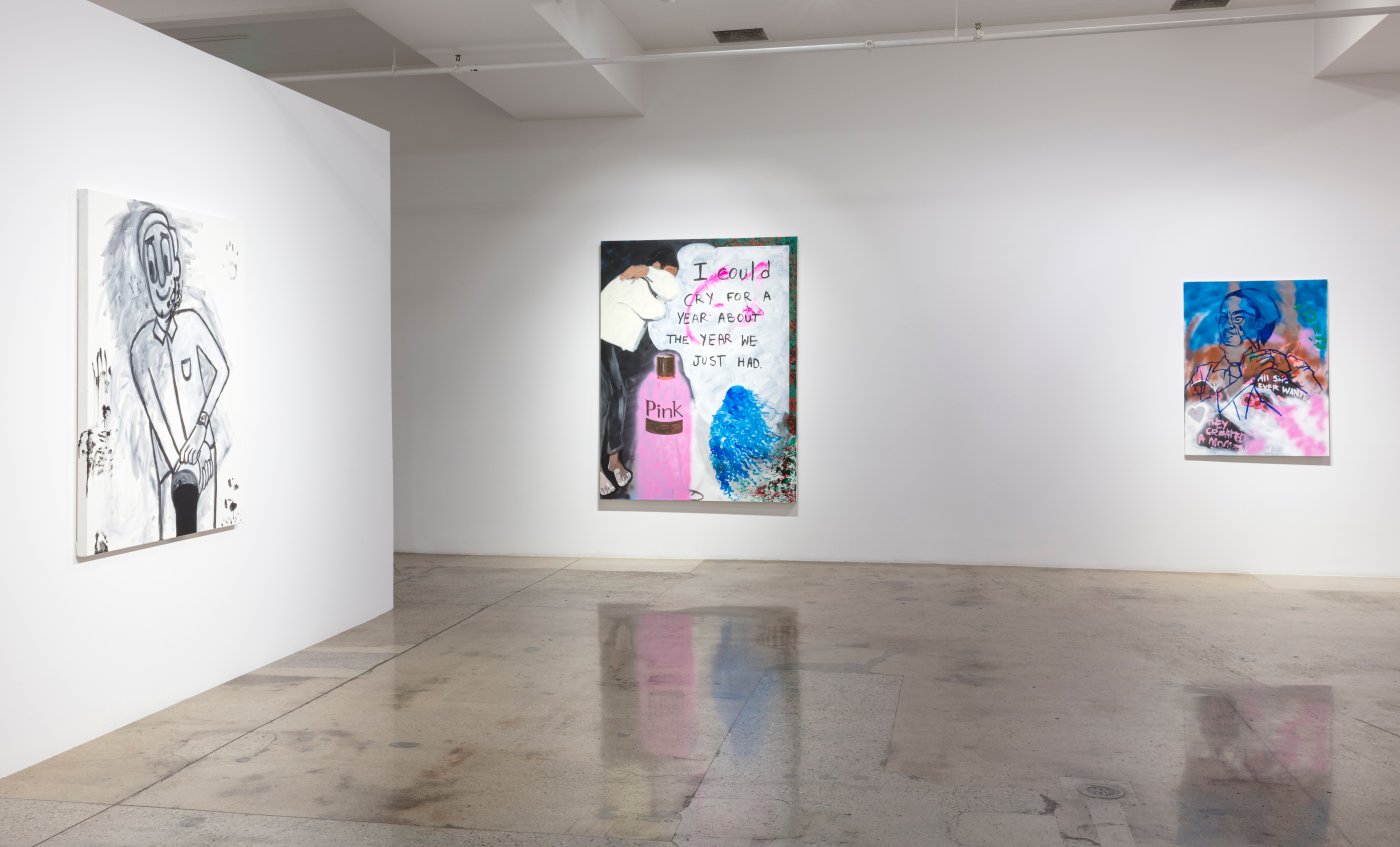 Tucker’s works of the past few years often juxtaposed a realistic likeness of the artist interacting with cartoon-like characters. In these works, her principal cartoon nemesis of the past, a smiling, often taunting white man, is featured in but one canvas, where he is spilling black paint off the bottom edge of the canvas. Hand prints and foot prints mark the background around him, but Tucker is otherwise absent from the scene. When Tucker’s likeness appears in other works, she appears to be uncomfortable, contorted, or obscured. According to the artist, these works represent her desire to shut out the world’s expectations of a Black female artist and to work more impulsively. As a consequence they represent an unrestrained portrait of her psychological state as an expat living, working and studying in Vienna in which confusion, sadness, emotional fragility, self-reflection, honesty and ultimately courage and optimism are portrayed.