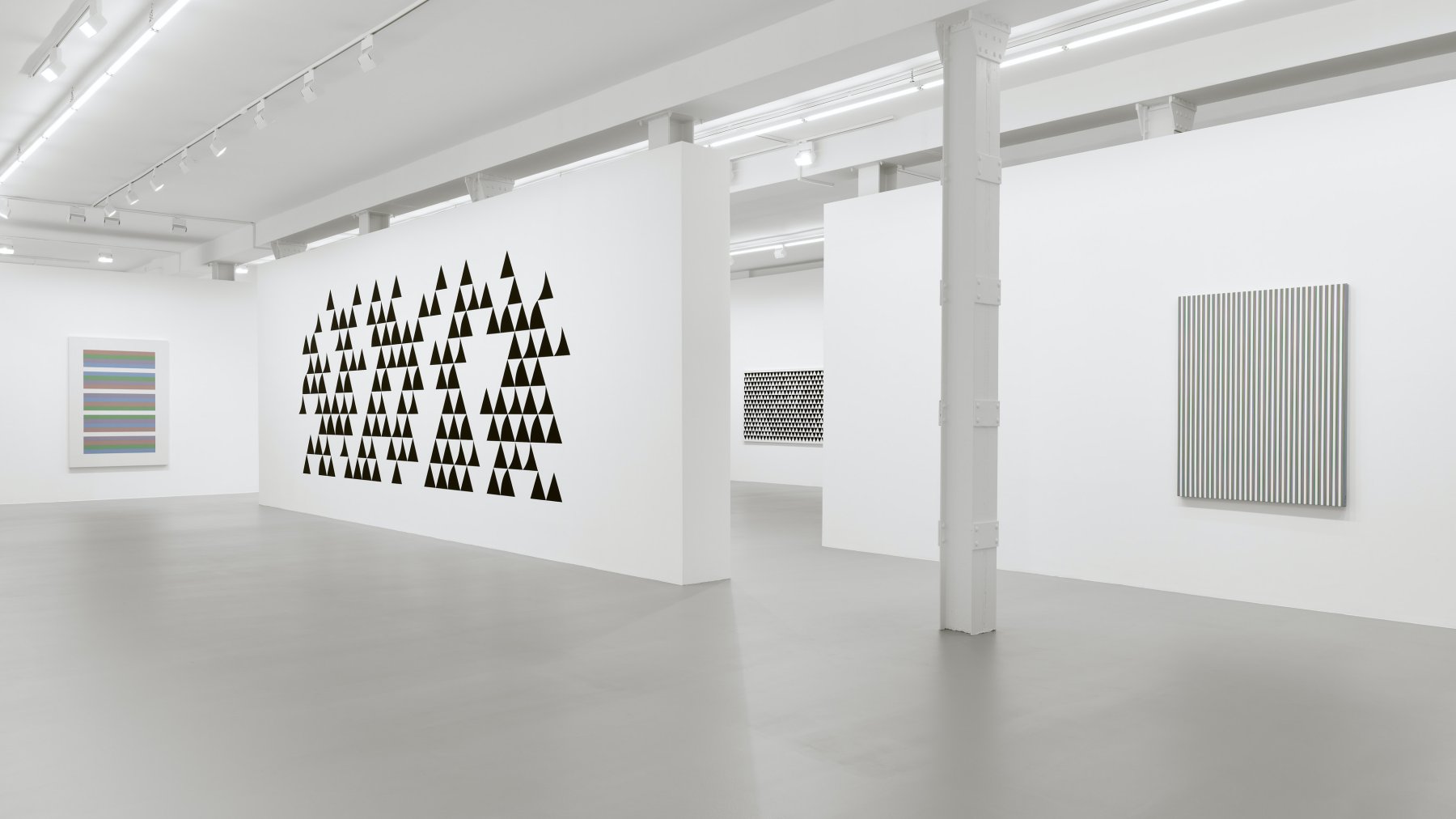 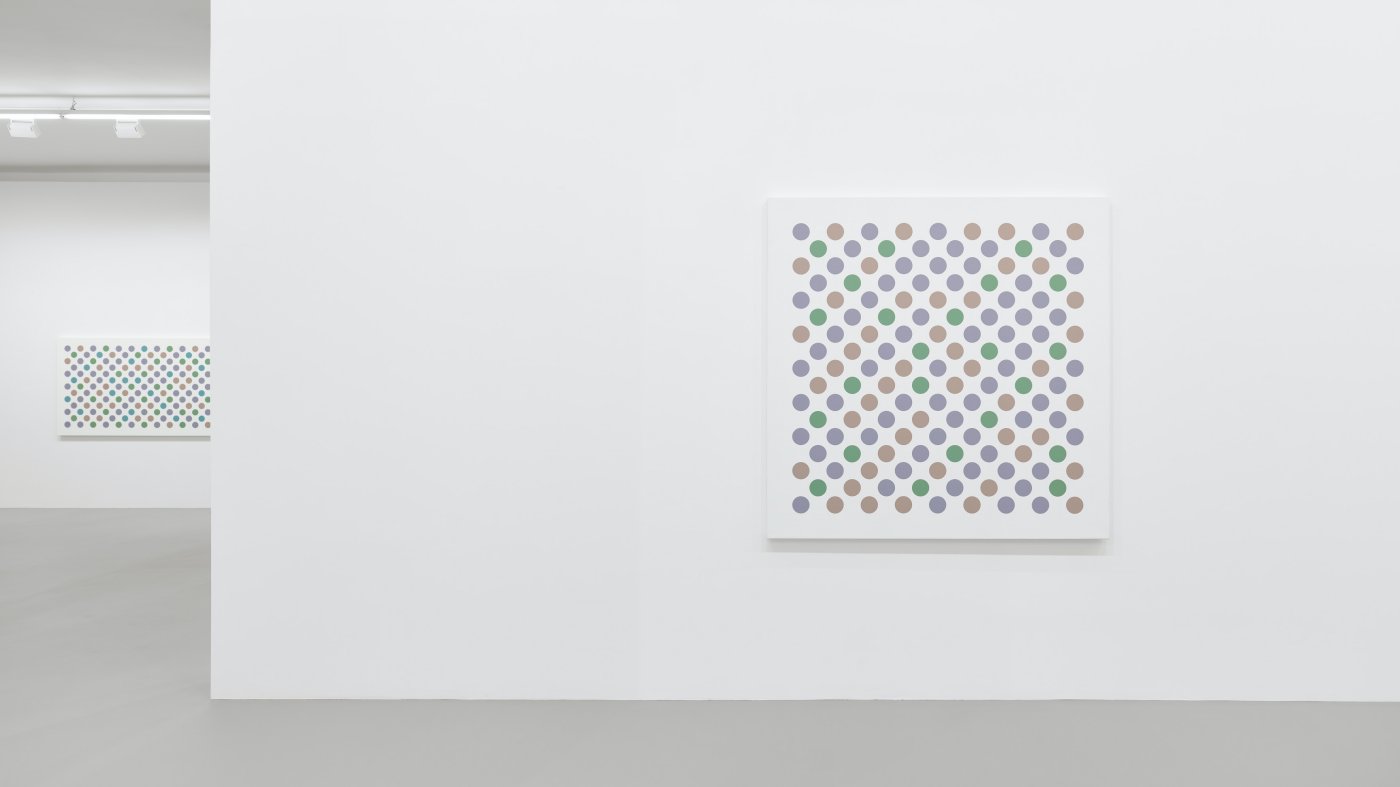 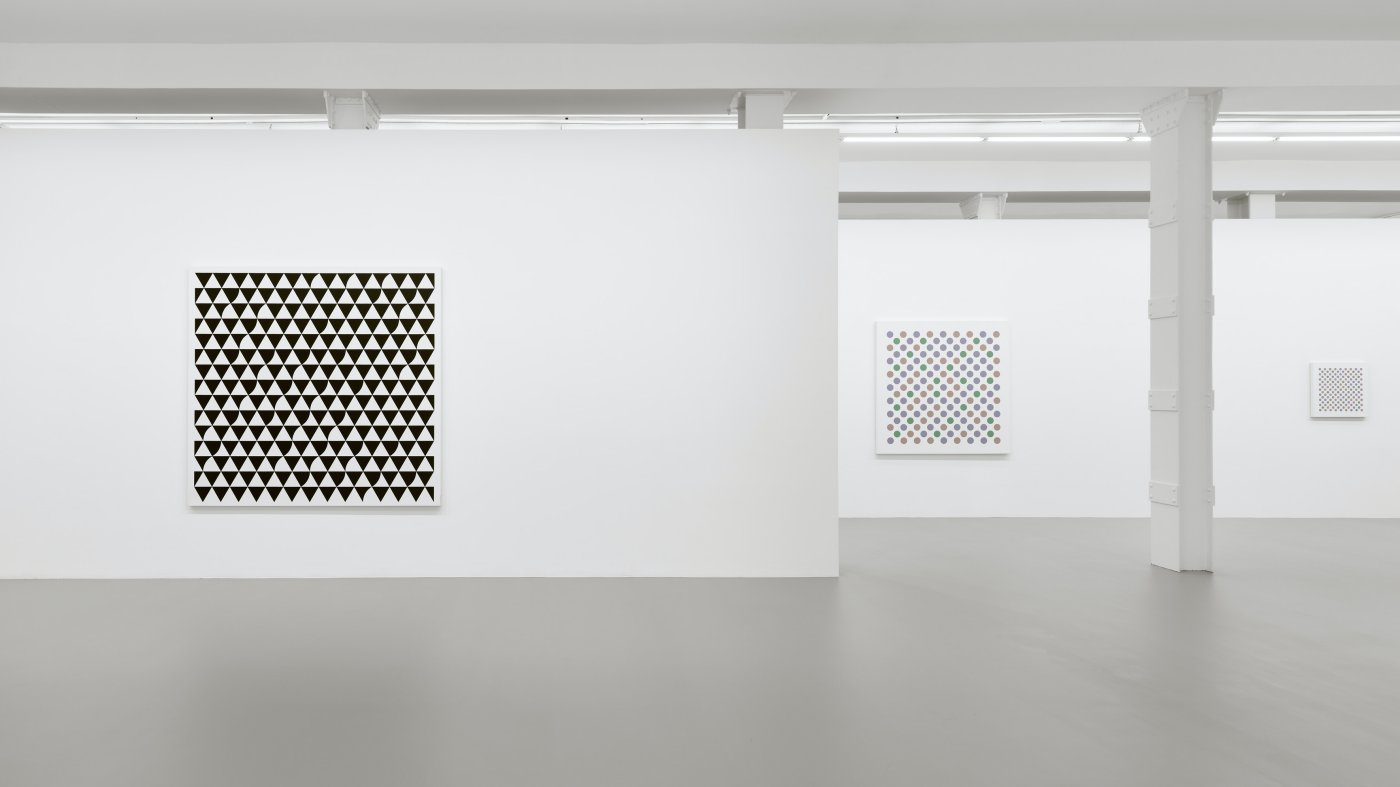 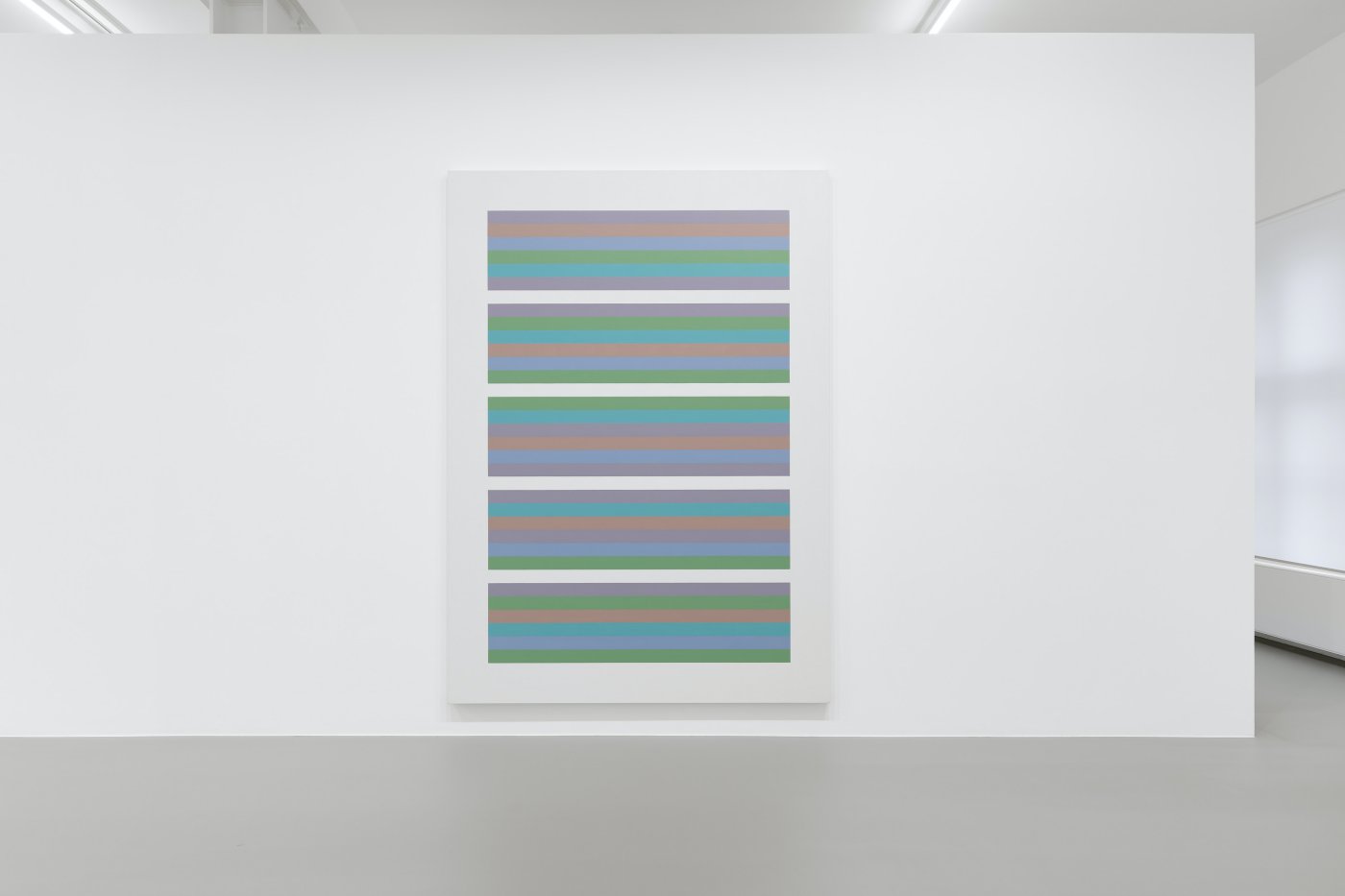 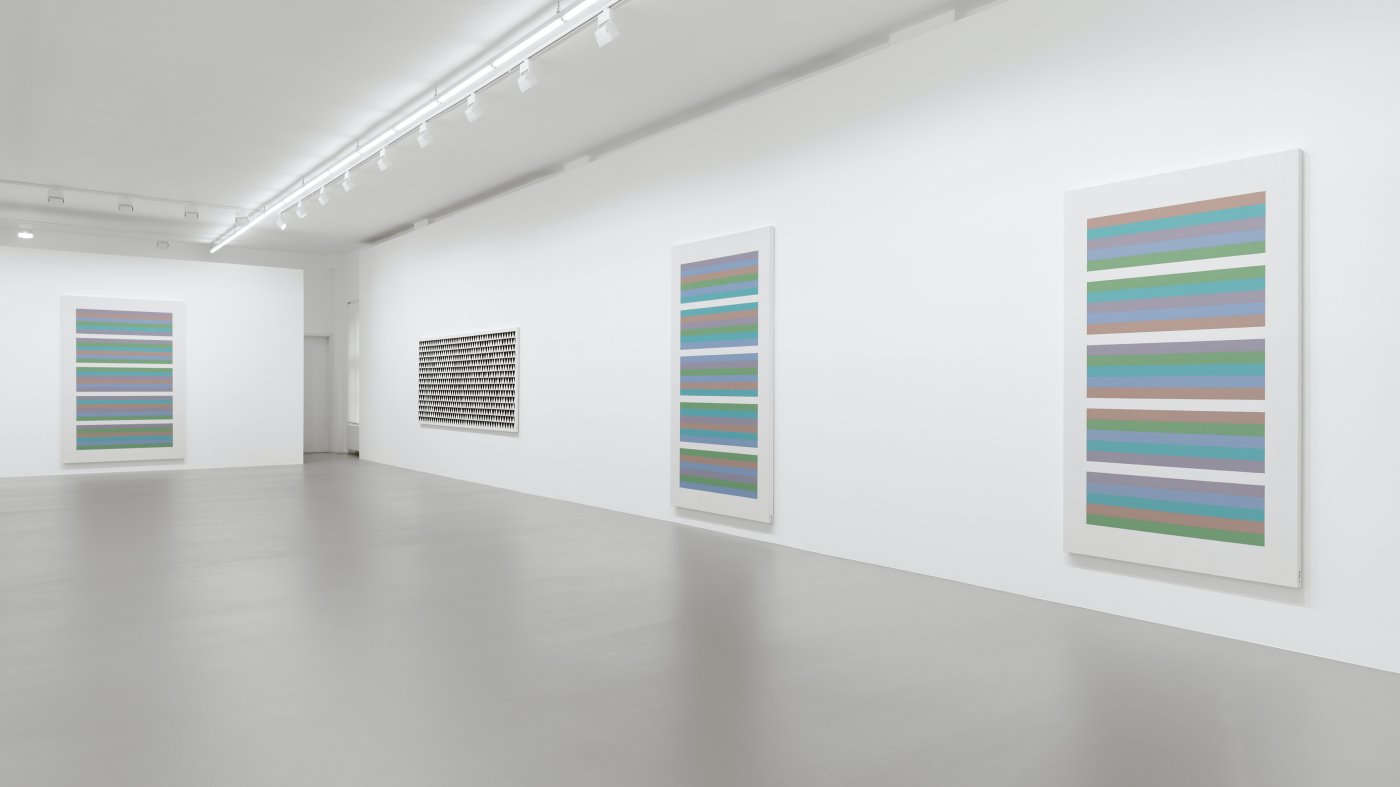 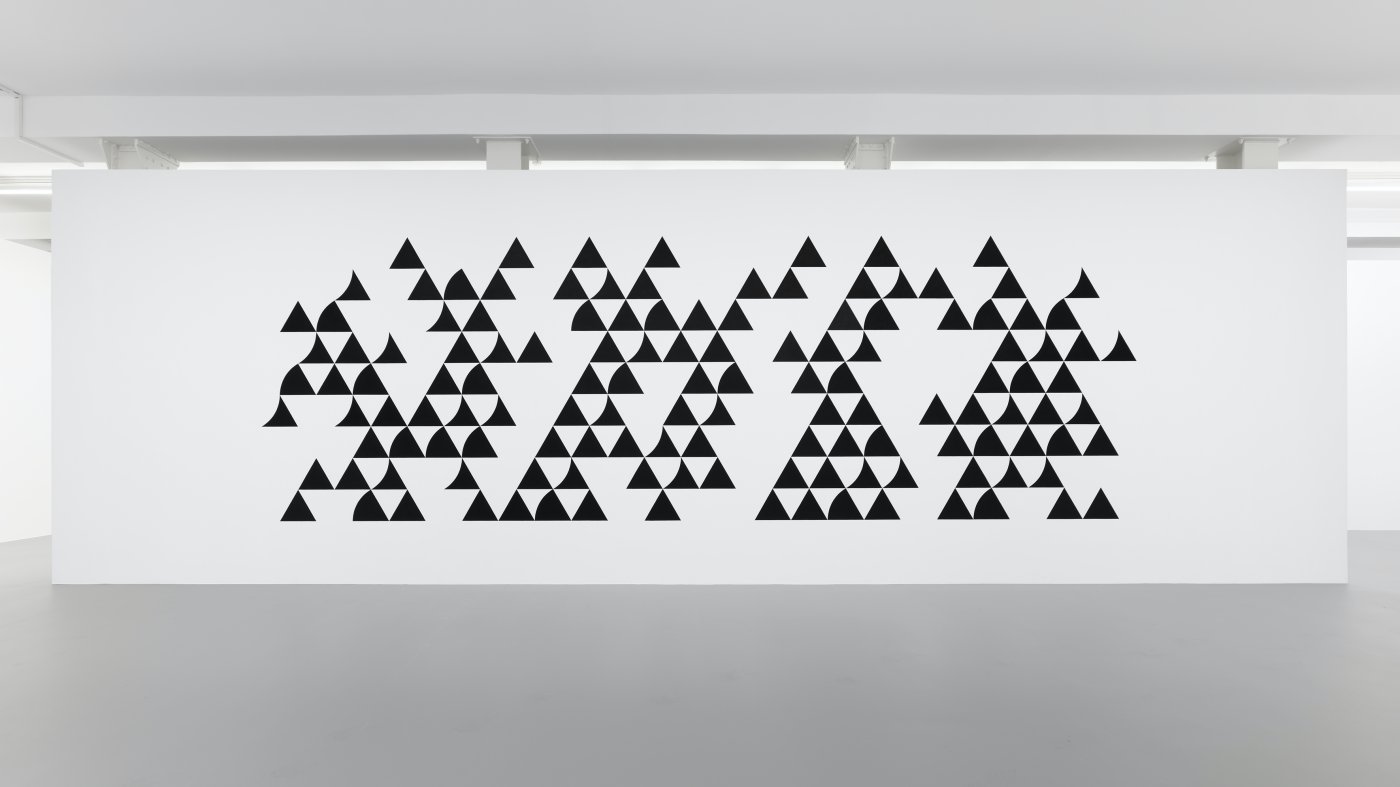 Since the beginning of her career, Bridget Riley has constantly redefined the concept of abstraction and its possibilities for the painterly process. Being acutely aware of how individual and collective experiences taint one’s vision of the world, the artist creates works that free colour and form from their illustrative potential, enabling what the artist refers to as “pure sight”. Riley develops paintings through the accumulation and distribution of particular forms—vertical and horizontal stripes, circles, triangles, and rhomboids, curving bands—that move rhythmically across the surface. The artist’s profound observations of movement, light and colour lead to a complex oeuvre that underlies a long-standing fascination for the physical process of perception.

The exhibition at Galerie Max Hetzler Berlin comprises new paintings and wall works from recent series as well as significant works from past years that reflect on Riley’s relationship with the gallery, which began more than a decade ago.

Continuously exploring pictorial spaces, Riley created the significant wall painting Arcadia 1 in 2007 and presented it at her initial exhibition with Galerie Max Hetzler in Berlin the same year. Arcadia 1 depicts a vivid, flowing composition of overlapping curves in green, blue and ochre, making the white surface of the gallery wall part of the work. The wall painting will now be on view at the gallery’s intimate space in Bleibtreustraße 45, alongside examples from Riley’s red horizontal stripe paintings, as well as her recent series Measure for Measure, in which she returns to the motif of the disc.

A selection of new canvases and a large wall painting from Riley’s latest series Intervals form a major part of the exhibition at Goethestraße 2/3. Intervals is a testament to the dynamic and continually evolving nature of the artist’s practice. Whilst very much distinctive of Riley’s work, Intervals represents a radical departure through its vertical format and dominant white ground which both delineates and contrasts with purple, ochre, green and turquoise.

At the gallery’s new venue, at Bleibtreustraße 15/16, Riley presents for the first time a painting which she started working on six years ago. The large sized, brightly multi-coloured diptych is an homage to Henri Matisse, an influence Riley repeatedly draws from.