Hayward Gallery presents a major retrospective exhibition devoted to the work of celebrated British artist Bridget Riley. Spanning 70 years of the artist’s working life, it is the largest and most comprehensive exhibition of her work to date. 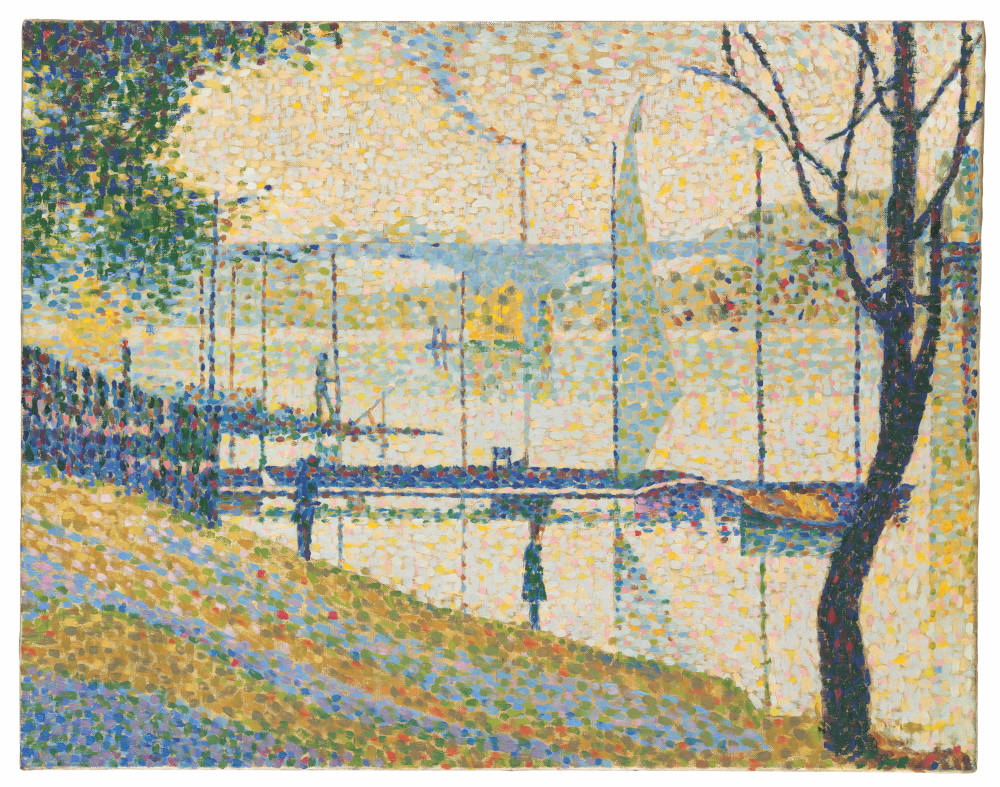 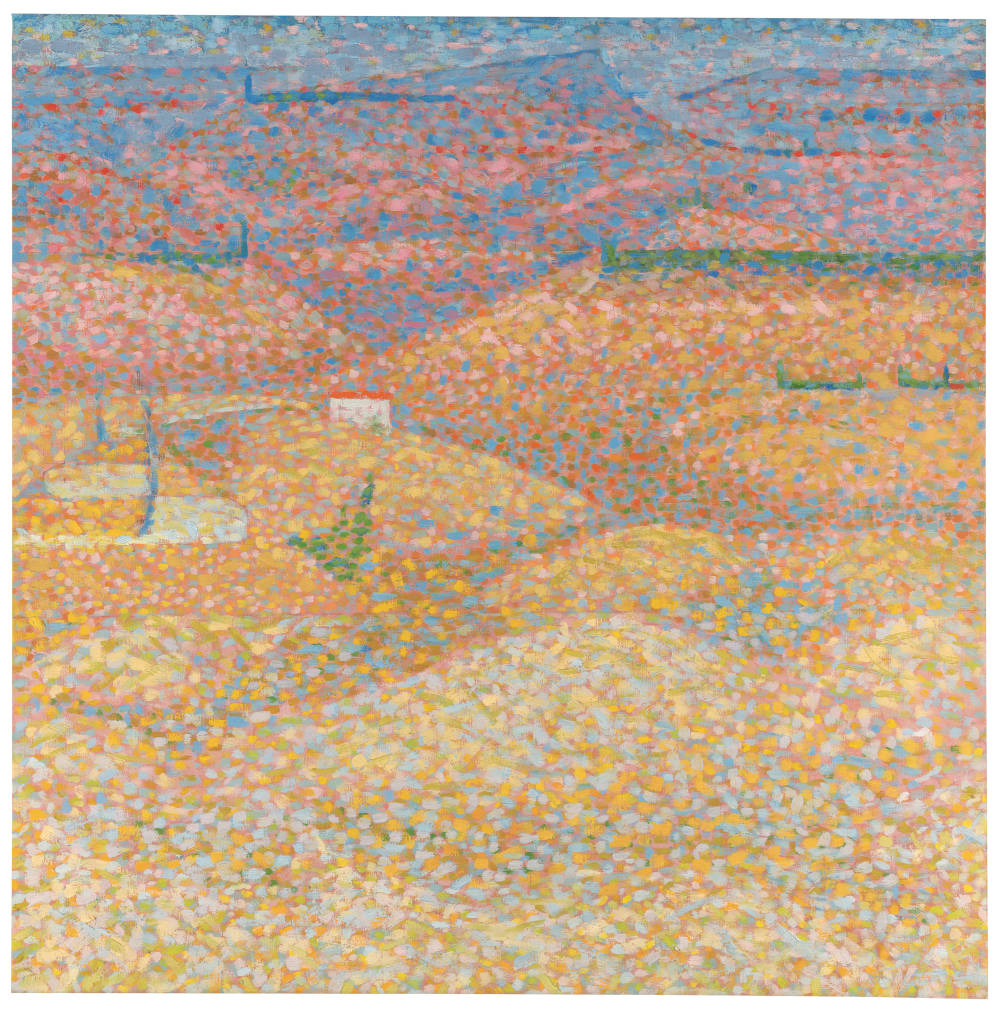 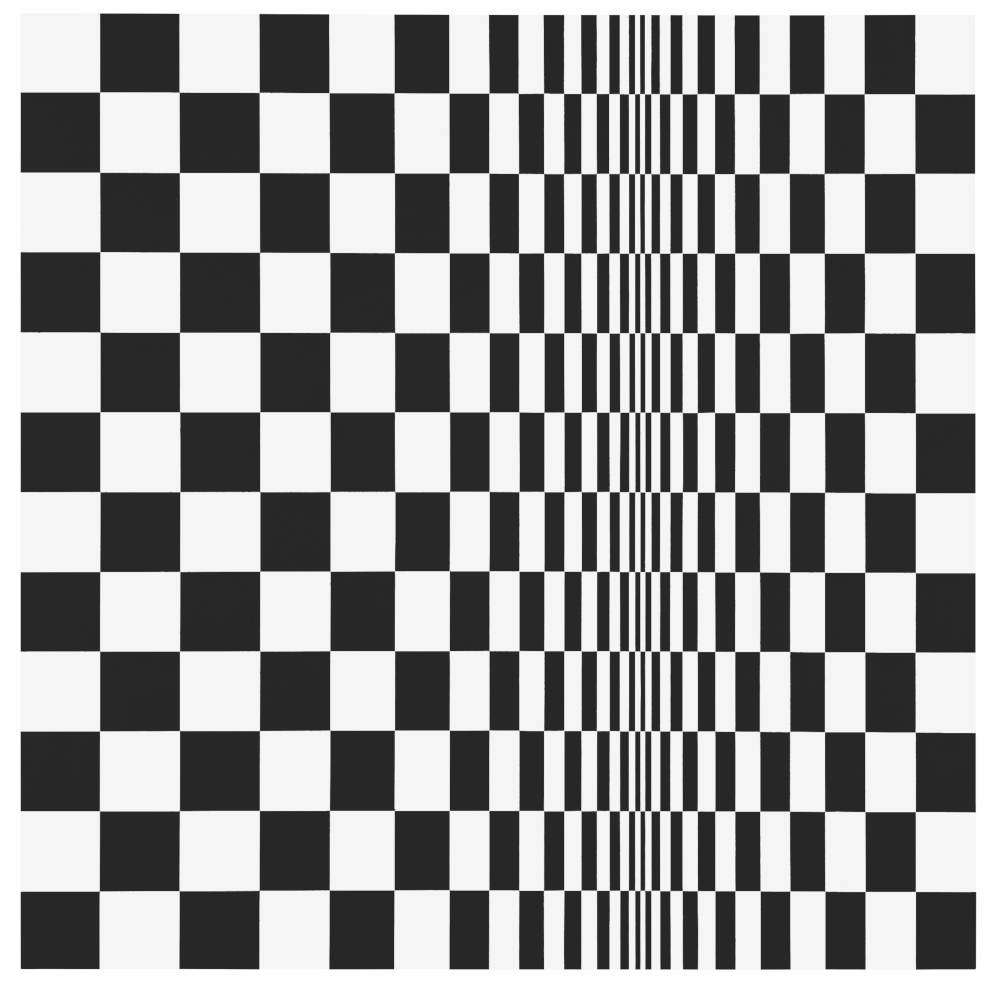 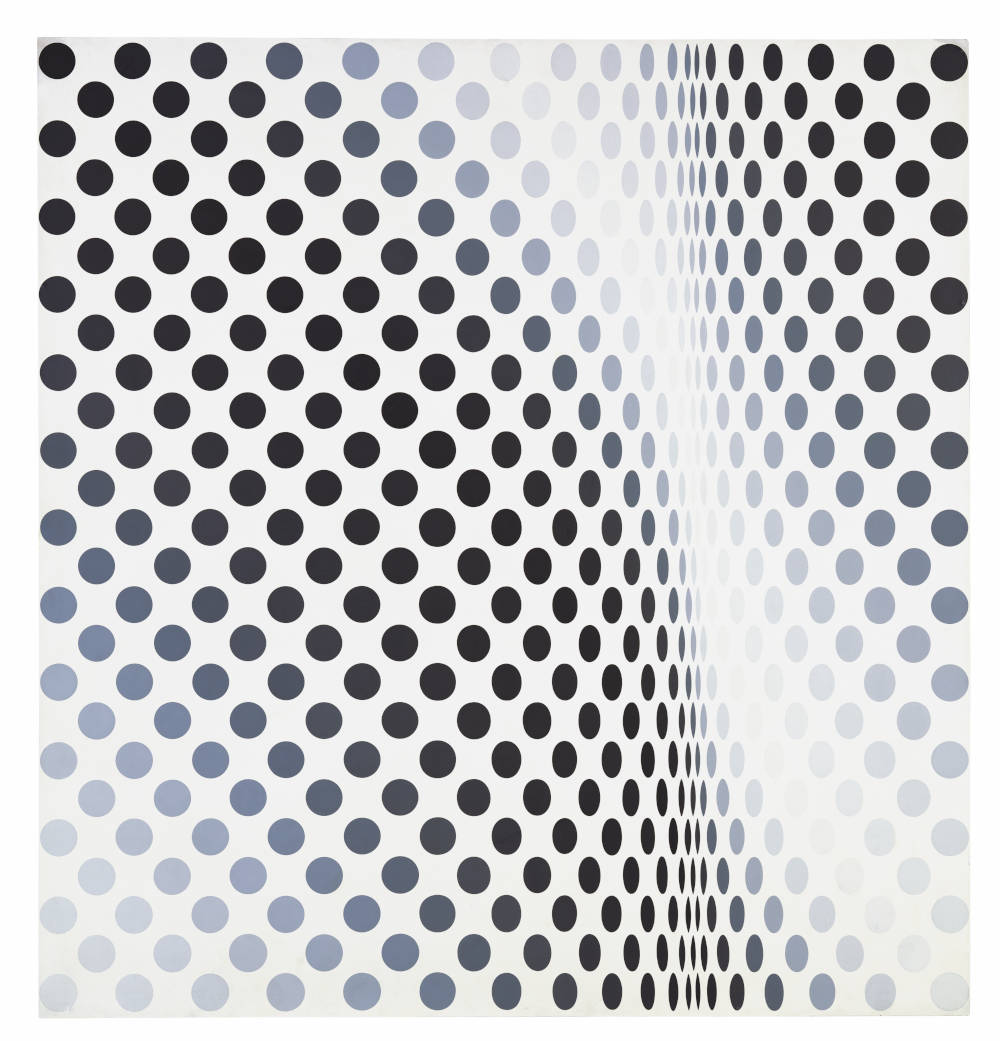 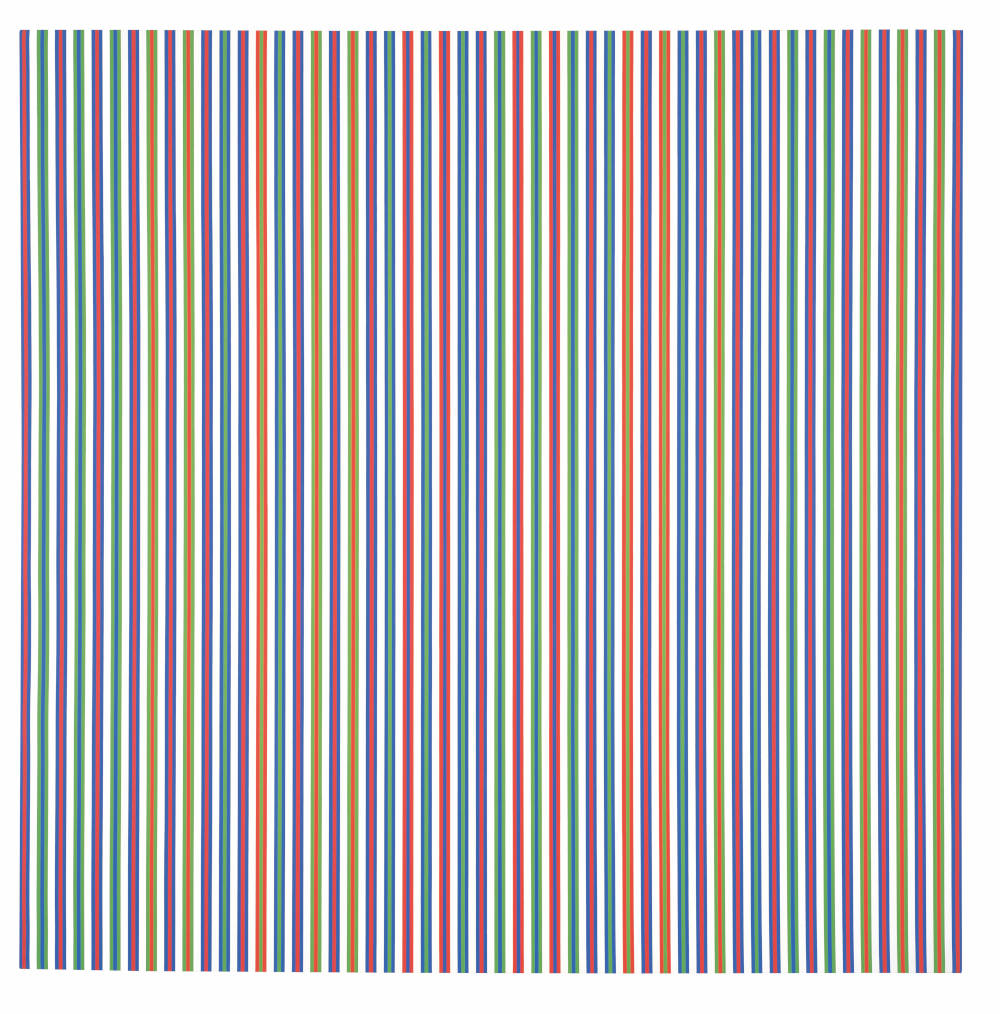 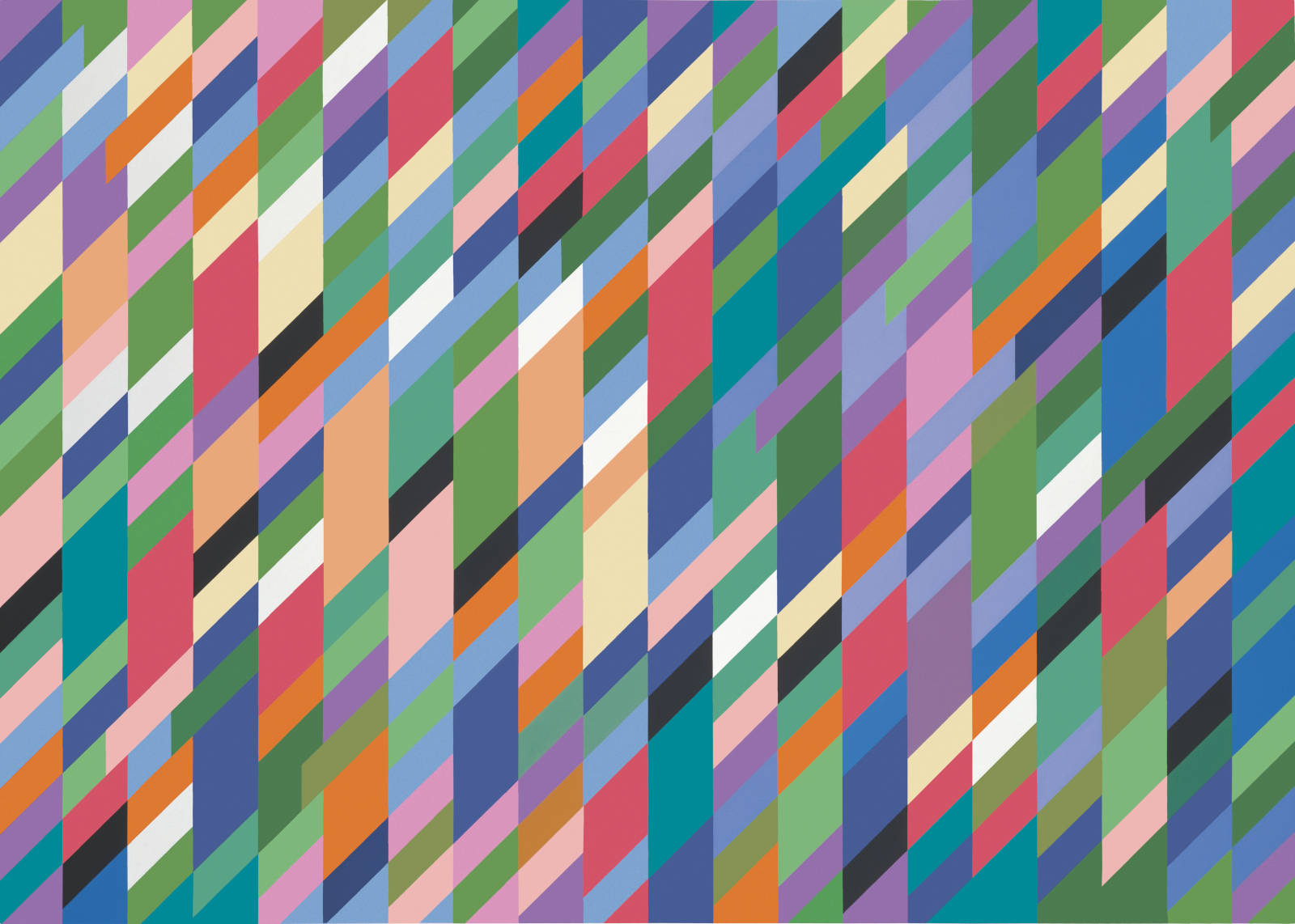 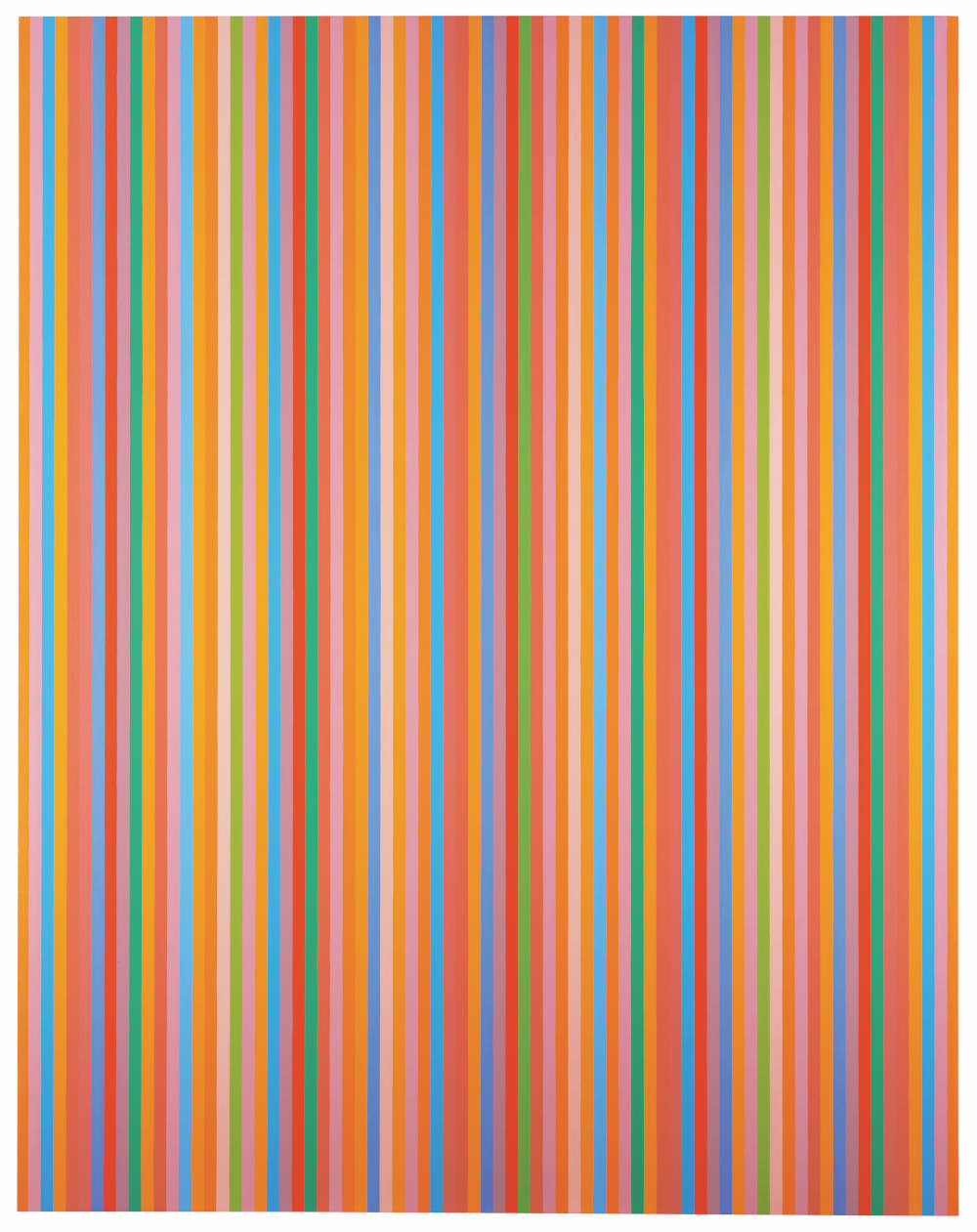 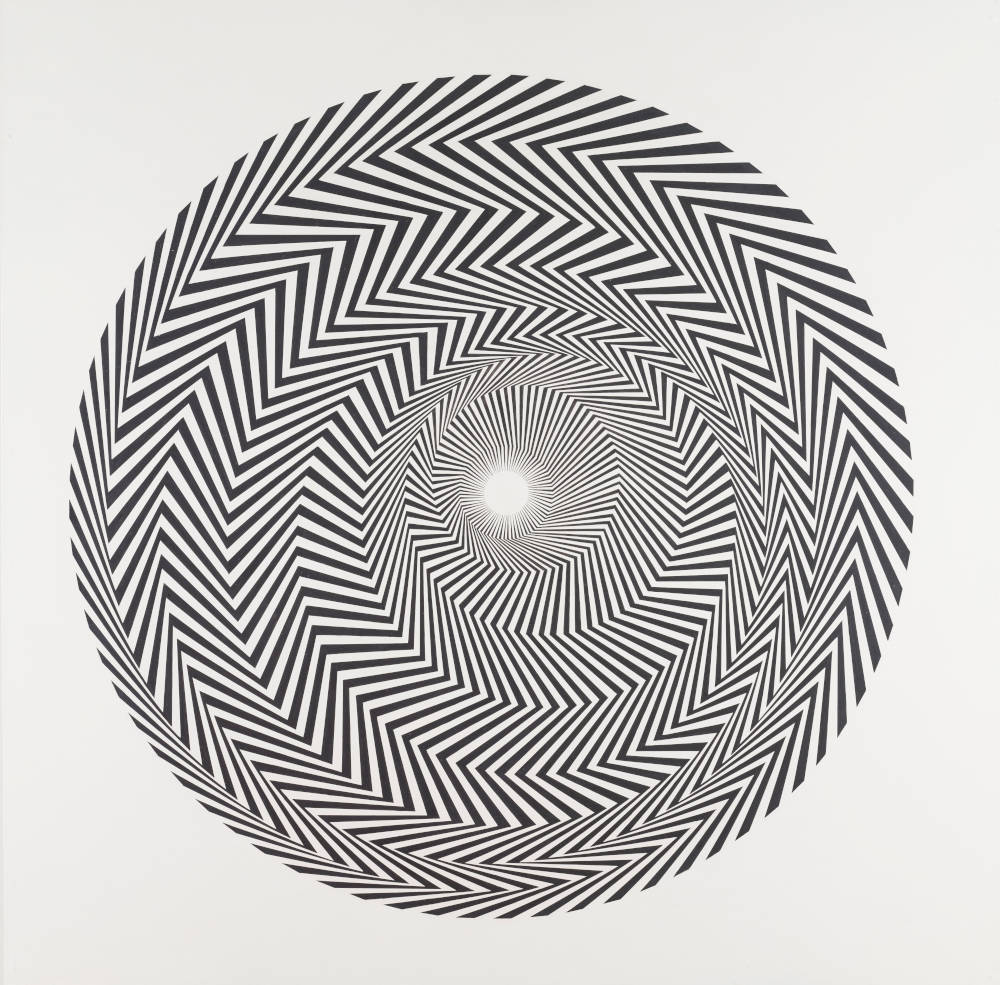 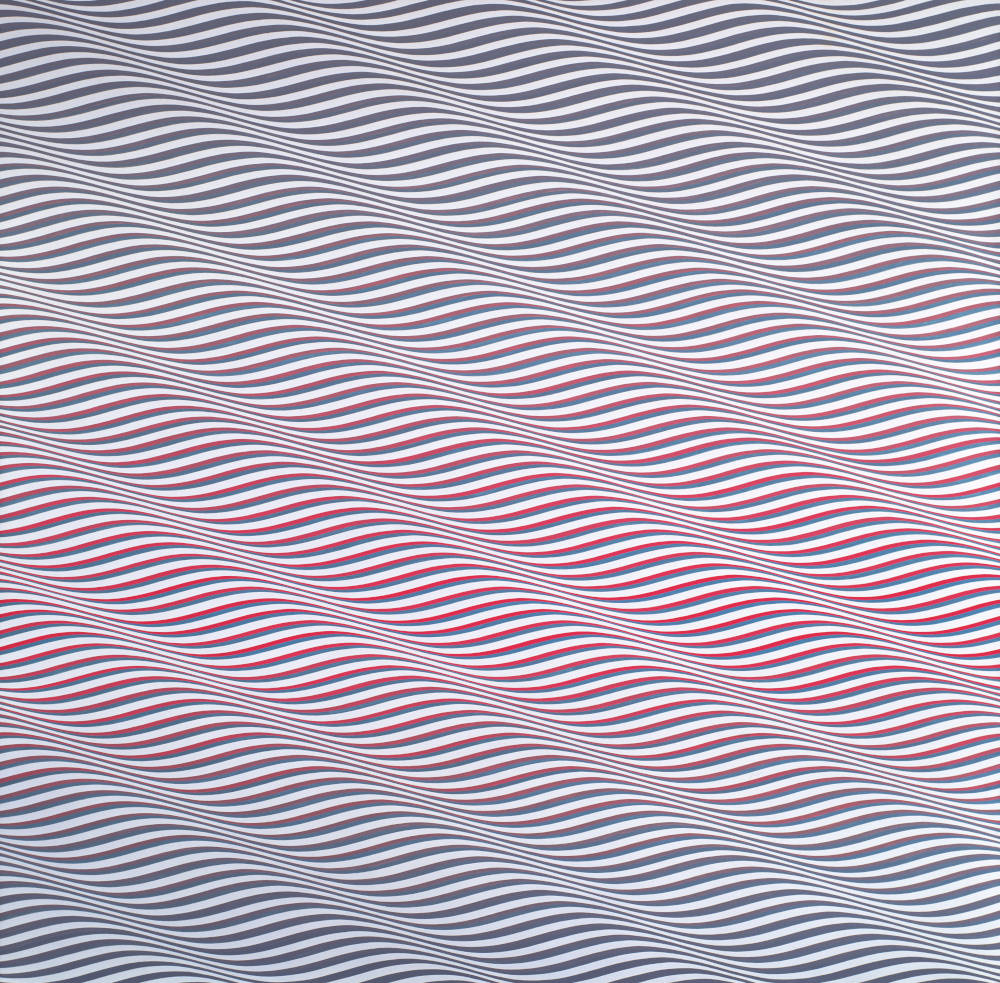 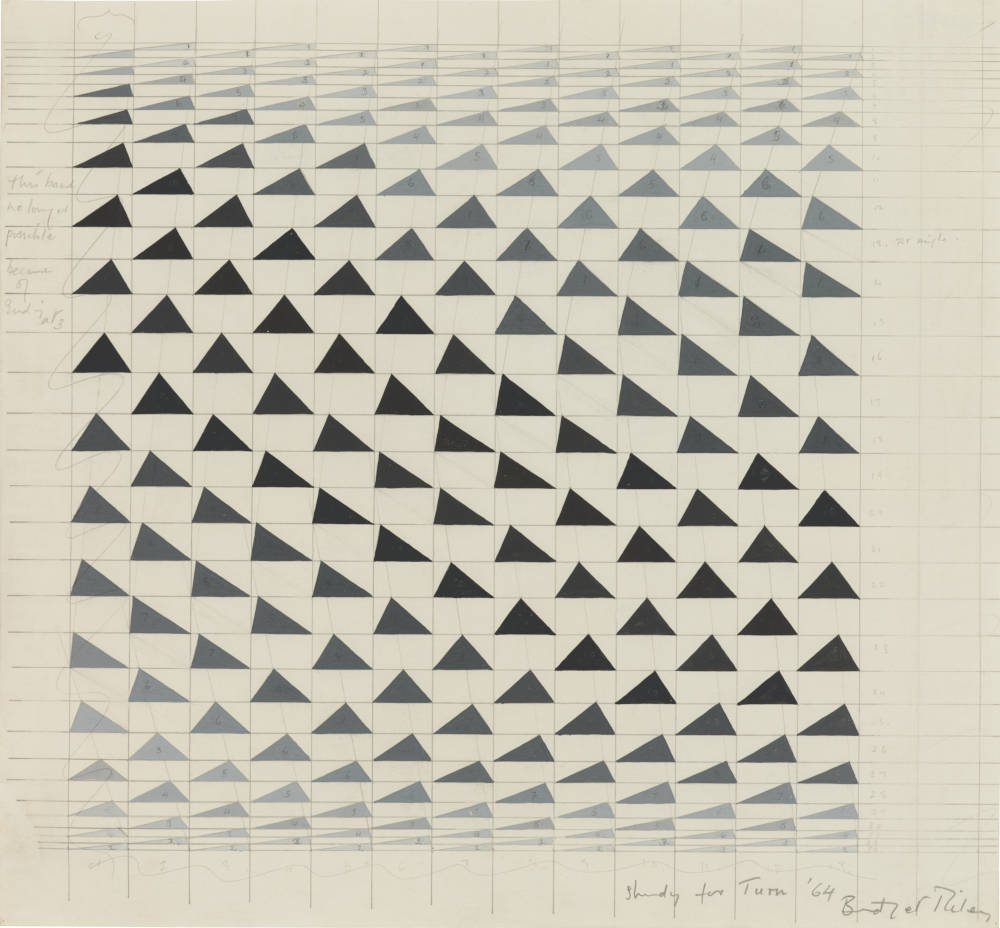 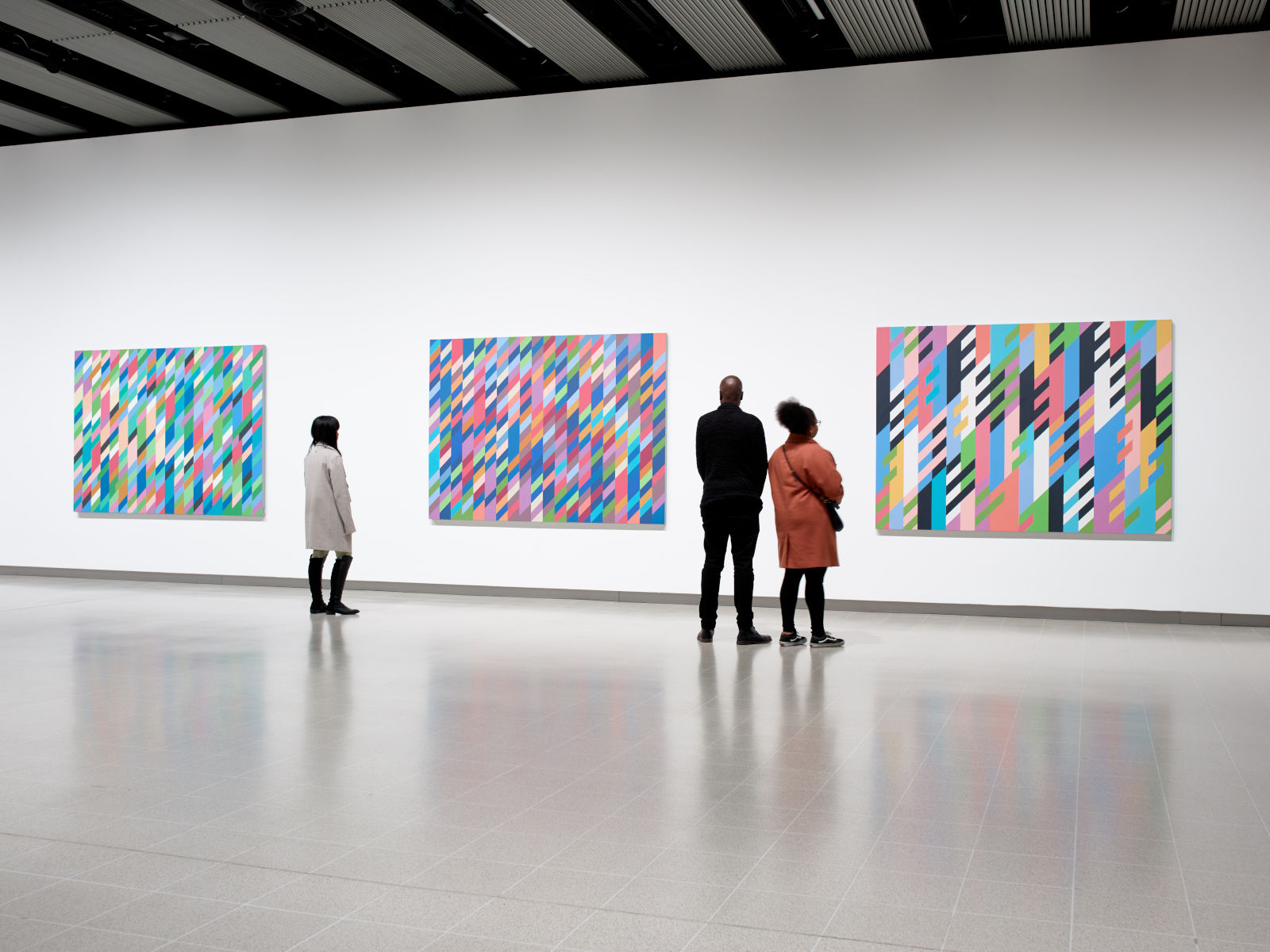 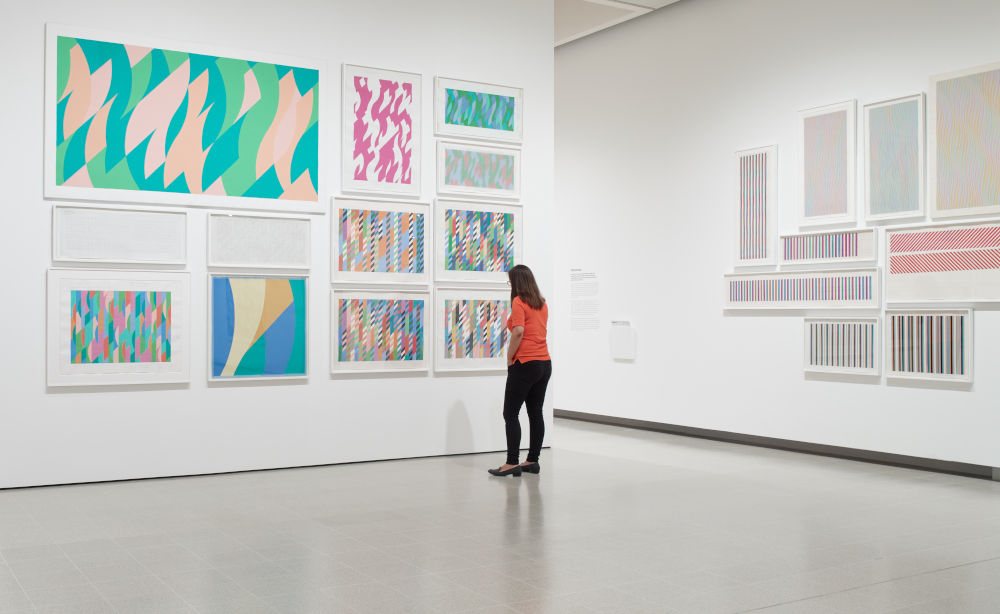 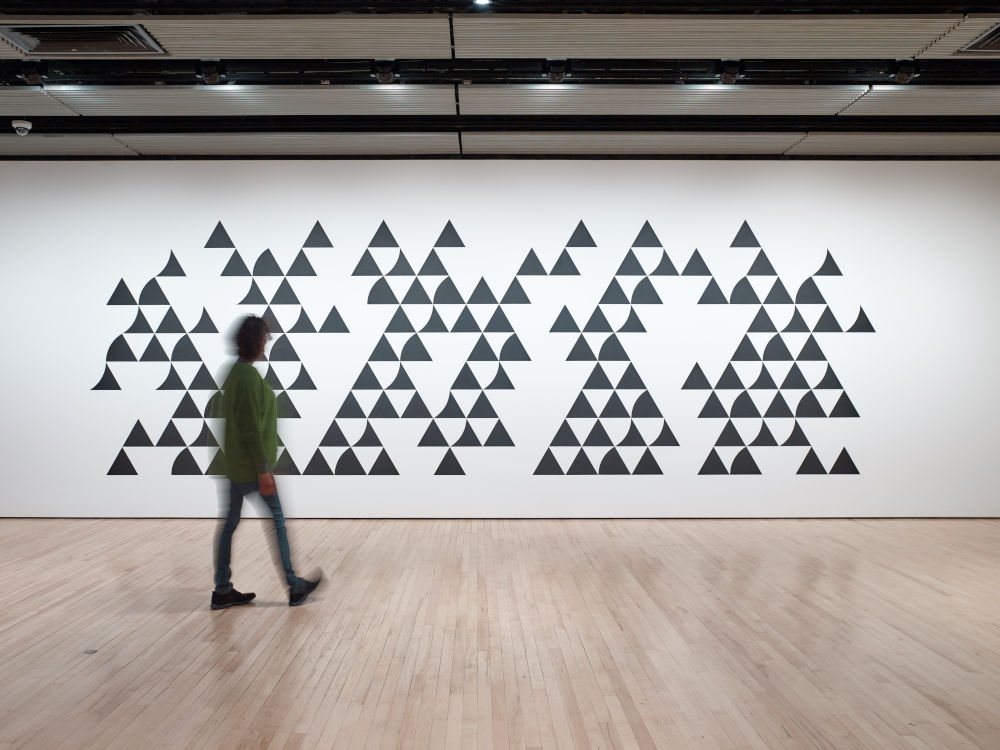 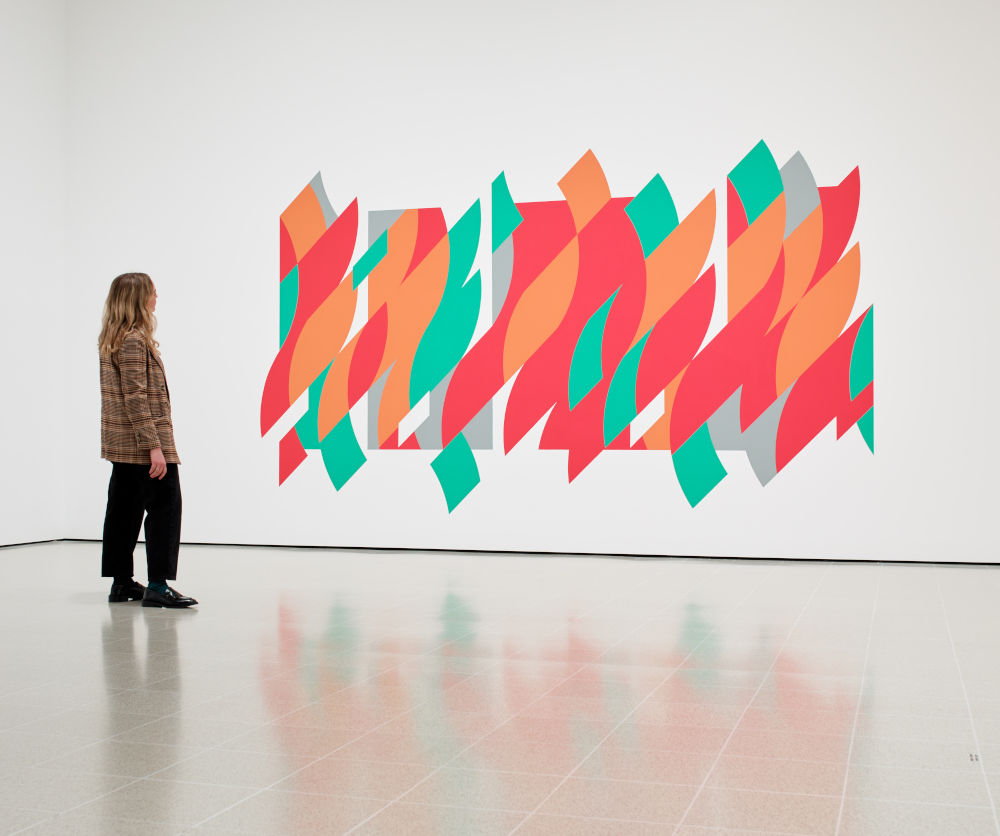 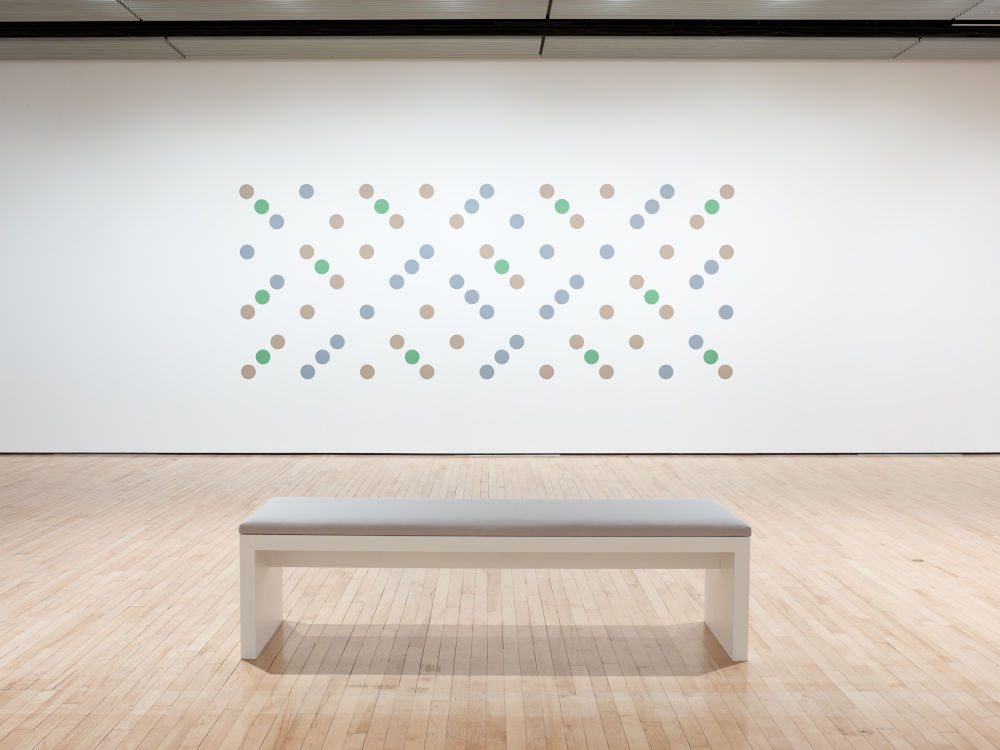 Bridget Riley is one of the most distinguished and internationally renowned artists working today. Her pioneering approach to painting involves the skilful balancing of form and colour, yielding a continuous but highly varied enquiry into the nature of abstraction and perception. Riley’s rigorous and visually-charged works actively engage the viewer, bringing attention to the act of looking at paintings and perceiving the world around us.

The exhibition traces both the origins and evolving nature of Bridget Riley’s innovative practice. Chronicling early works to recent paintings, it features her iconic black-and-white works of the 1960s (Kiss, 1961, Movement in Squares, 1961 and Blaze 1, 1962) and an extensive range of colour canvases (including Rise 1, 1968, High Sky, 1991 and Aria, 2012), as well as rarely-seen figurative works and studies. Including over 200 works and 50 key paintings, the exhibition is organised around particular compositional and chromatic concerns, while also drawing attention to the interests and themes that recur throughout Riley’s formidable body of work.

The architecture of Hayward Gallery, with its generous spaces, allows the installation of several key wall works (Composition with Circles 4, 2004, Rajasthan, 2012, Quiver 3, 2014), which reflect recent shifts of interest in the artist’s studio work. The exhibition also features several large canvases that have seldom been seen in this country (Exposure, 1966, Paean, 1973 and Aubade, 1975) and the only three-dimensional work that the artist ever realised, Continuum (1963/2005). A selection of drawings, studies and preparatory works offer insight into Riley’s working methods, from 1947 to the present day.

This retrospective builds on the long-standing relationship between the artist and Hayward Gallery. The exhibition Bridget Riley is the artist’s third solo show at Hayward, having previously presented solo shows in 1971 and 1992. Following the award of the International Prize for Painting at the XXXIV Venice Biennale in 1968, her ground-breaking 1971 exhibition, Bridget Riley: Paintings and Drawings 1951-71, was both the first UK survey of her work and the first large-scale exhibition at Hayward Gallery devoted to a contemporary British painter. She continued to show at Hayward from the 1970s onwards, with several touring solo exhibitions arranged by the Arts Council. Riley also participated in The Hayward Annual 1985: a journey through contemporary art (curated by Nigel Greenwood) and acted as co-curator, with Robert Kudielka, for Paul Klee: The Nature of Creation in 2002.

Ralph Rugoff, Director of Hayward Gallery said: “We are delighted to be welcoming Bridget Riley back to Hayward Gallery with an exhibition that will offer visitors an unparalleled opportunity to experience works from the full span of her brilliant career. Her paintings transform the act of seeing into a festive occasion, something at once riveting and revelatory. Engaging every viewer in new acts of discovery, her work is not just vision-enhancing but life-enhancing. These are paintings that make you feel more alive as they reaffirm the link between seeing and thinking.”

Sir John Leighton, Director-General of National Galleries of Scotland said: “Audiences in Scotland have been thrilled by this major show of Bridget Riley who counts as one of the most original and significant artists of our time. We are delighted that this stunning exhibition will soon be opening at Hayward Gallery where her work will continue to amaze and delight.”

Alongside the exhibition, an extensive public programme has been devised spanning talks, tours, education events and music inspired by Riley’s work. London Sinfonietta will give the London premiere of a newly commissioned work by leading Austrian composer Georg Friedrich Haas, and concerts in the exhibition itself will feature performances of Steve Reich’s Drumming, which had its European premiere at Hayward Gallery in 1972.

Bridget Riley is organised by the National Galleries of Scotland in partnership with Hayward Gallery. The exhibition is generously supported by Sotheby’s, the Bridget Riley Exhibition Supporters’ Group and The Baring Foundation.