My work has always been involved with nature, no matter how abstract. Sometimes it’s more formal and less directly related to the real world. But there’s always been some sort of engagement with nature.
—Brice Marden

Gagosian presents Marbles and Drawings, an exhibition of paintings and works on paper by Brice Marden. This is Marden’s first solo exhibition in Greece in four decades and it inaugurates the new location of the Athens gallery, an elegant stand-alone building in the center of the city. 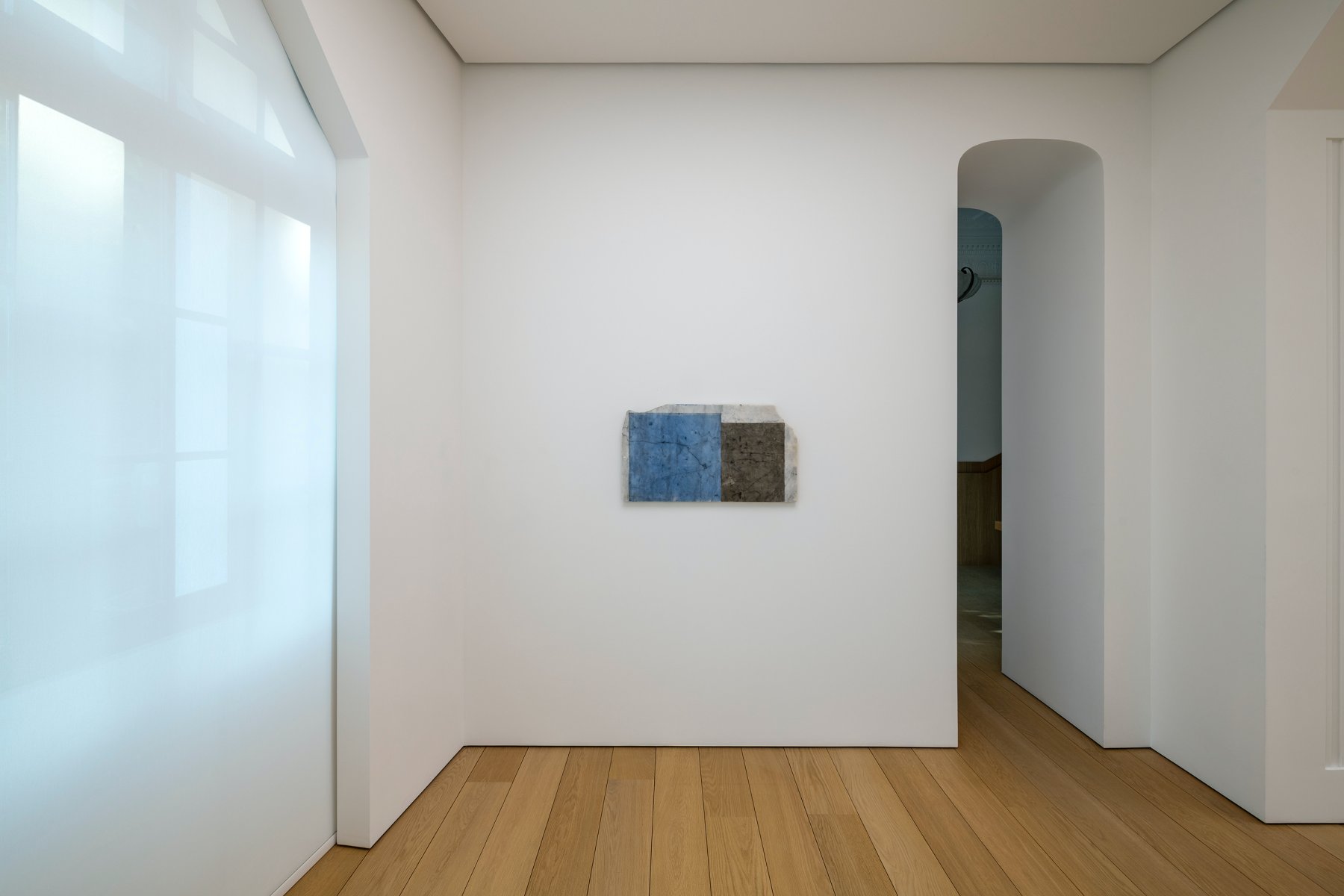 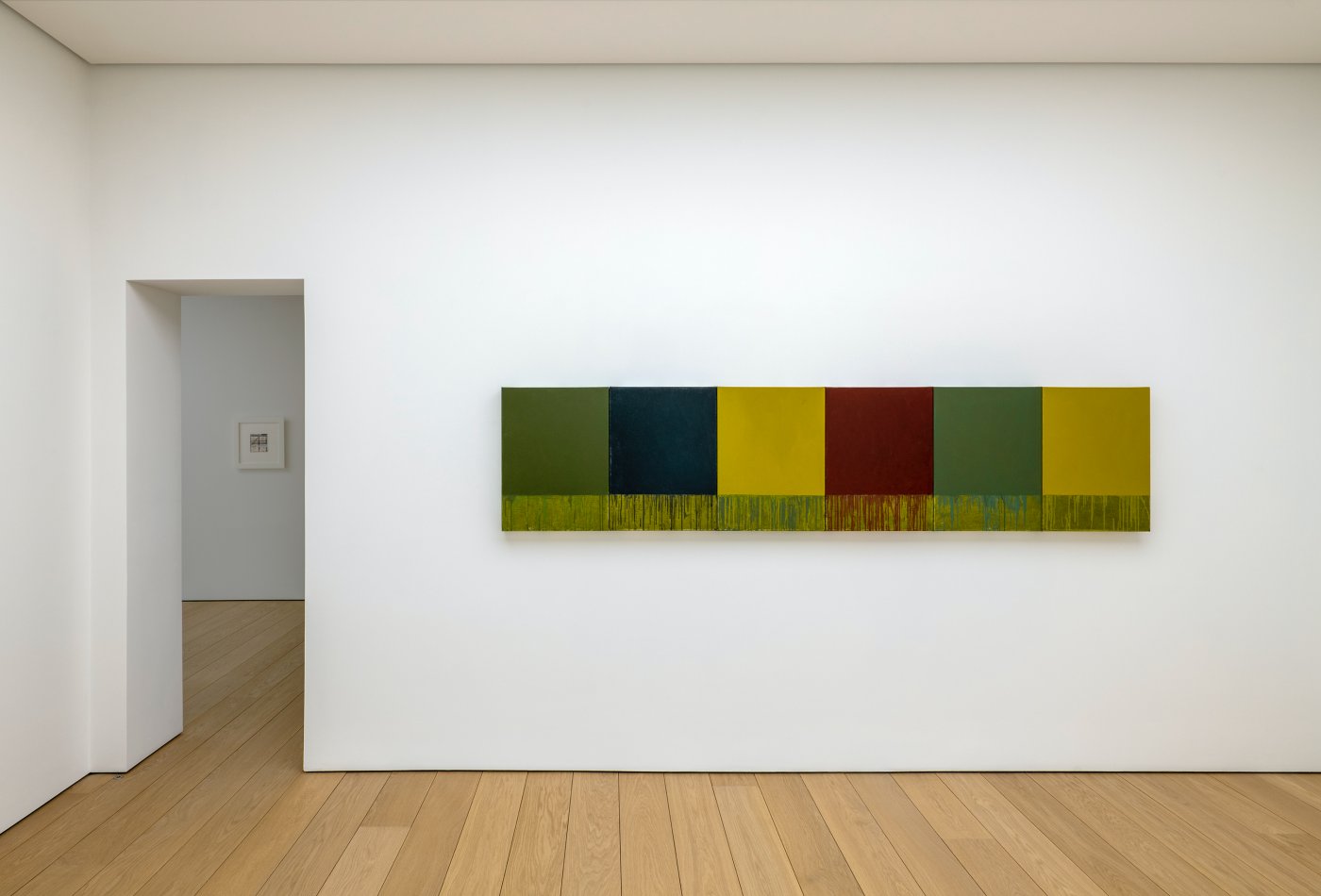 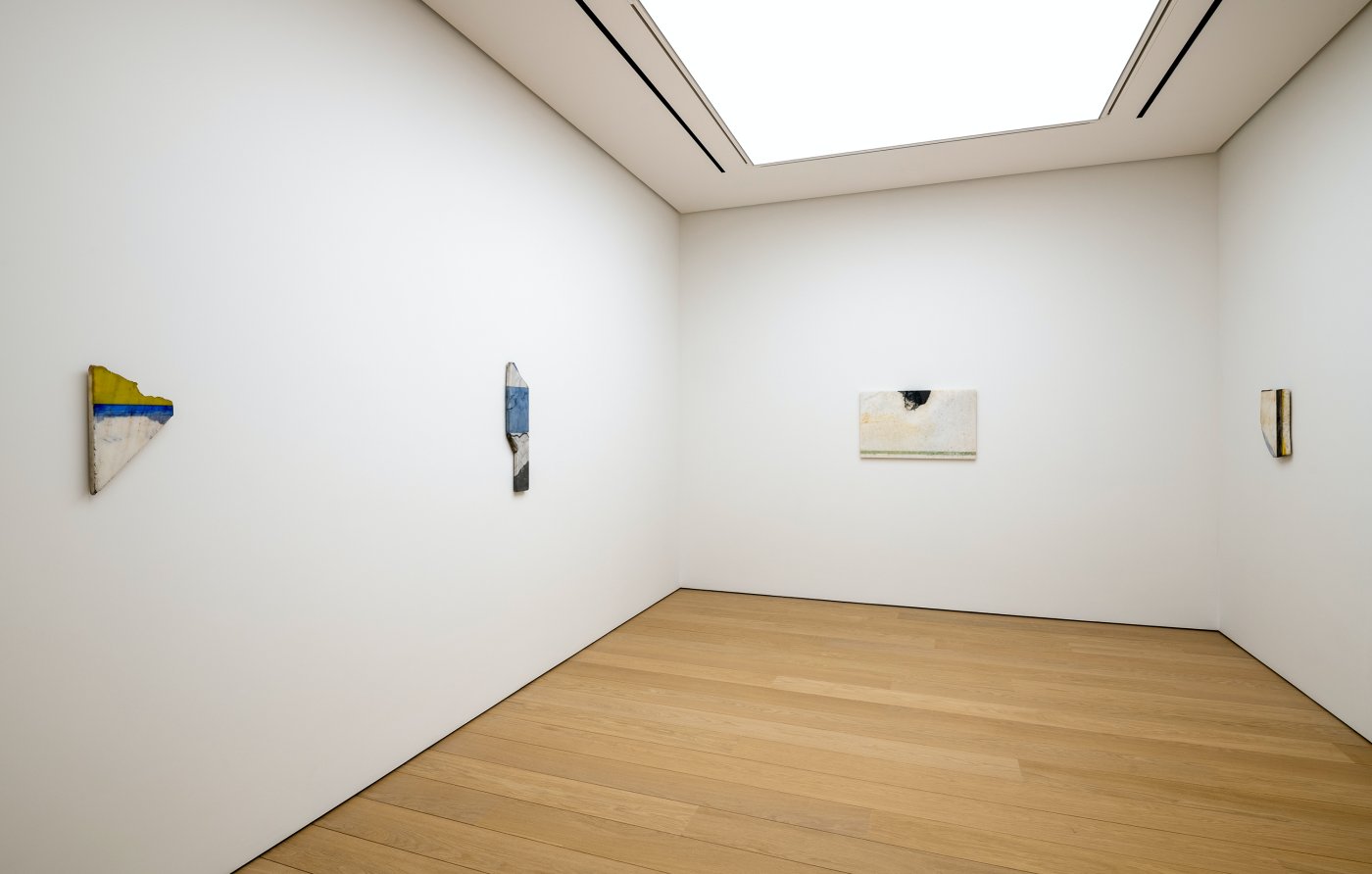 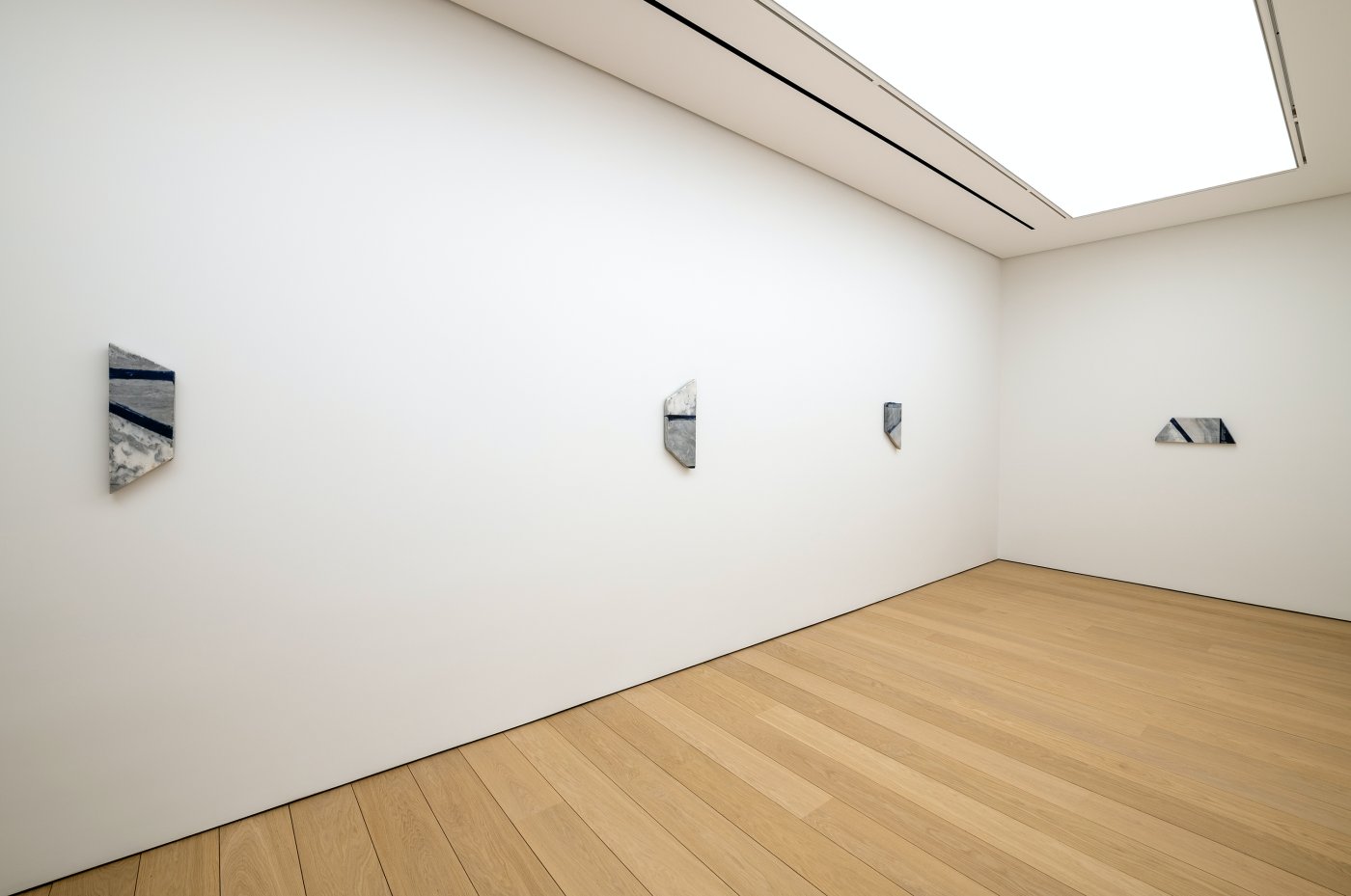 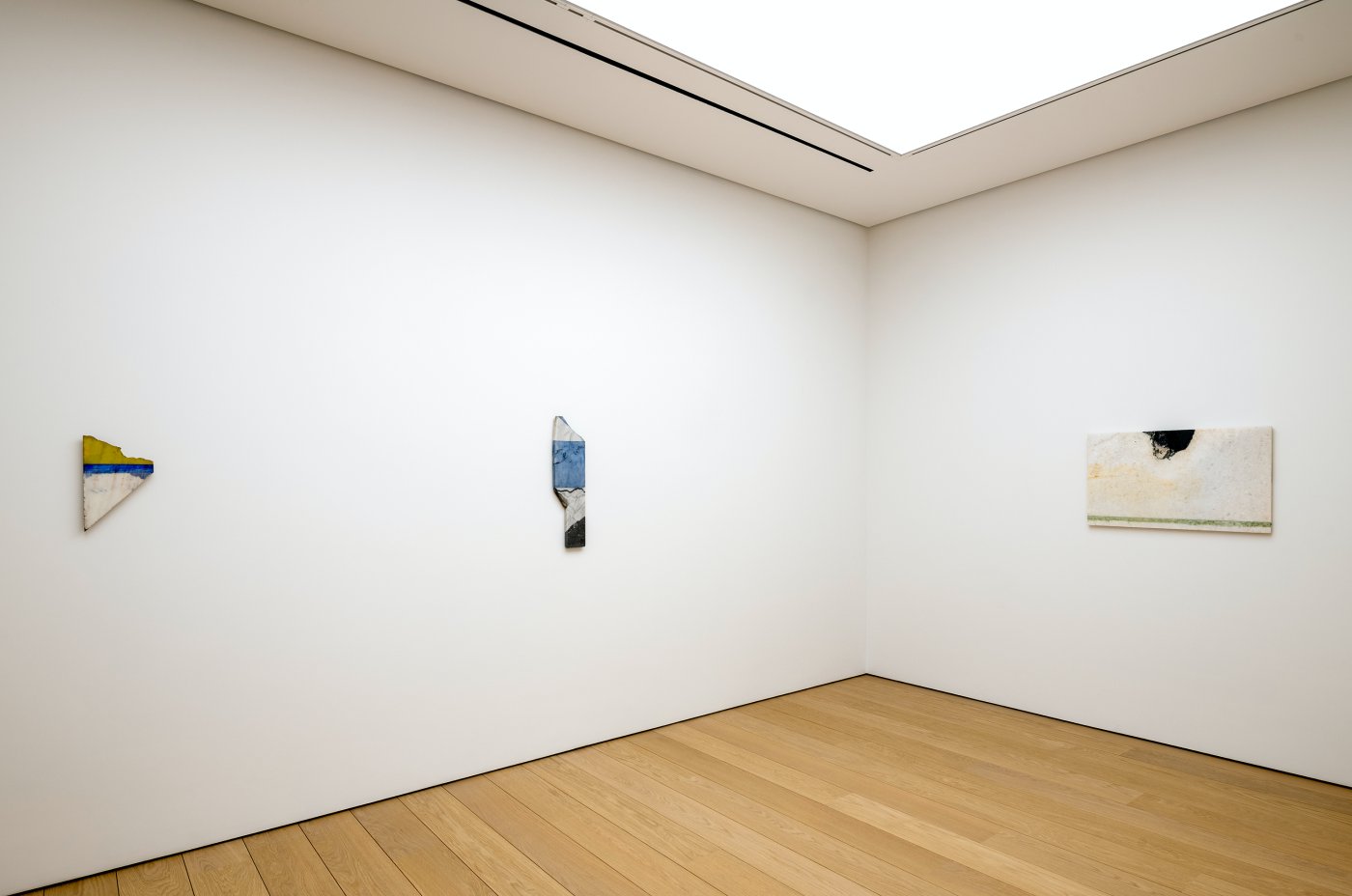 In 1981, while summering on the island of Hydra, Marden began painting on small fragments of marble from local quarries. These compositions marked a transitional moment in his career. Continuing his long-standing engagement with classical Greek themes—exemplified by earlier monumental oil-and-beeswax paintings such as Thira (1979–80), which feature rich tones and columnar blocks inspired by ancient temples—the marble imparts Marden’s elemental motifs and geometric shapes with a certain luminosity.

Since that time, Marden has continued to make marble paintings, describing his strategy as “taking an accident and turning it into a form.” He partially tints the stone ground with thin, translucent layers of oil paint, producing serenely colored rectangles alongside bars of black and gray. These compositions work in harmony with each stone’s inherent texture and veining pattern; some even preserve traces of ruled graphite markers.

To complement the marbles, Marden has selected a small group of ink drawings on paper. In Extended Eagles Mere Drawing (1990), a grid of black lines is interwoven with linear strands and patches of deep yellows, greens, and reds. In Untitled (1990), Marden looks to the traditional methods of Chinese calligraphy; working from top to bottom and right to left, he fills the paper with columns of glyphic marks that loosen the strictures of the grid with a gestural freedom.

Also on view for the first time is Free Painting 3 (2017), a six-panel painting. Marden builds up the surface of each monochromatic square panel with thinly applied layers of deep reds, blues, greens, and yellows. He allows the residue from each square to run downward, transforming the open space beneath into a sort of secular predella to reveal vital aspects of his painting process.

A fully illustrated catalogue with text by artist and curator Dimitrios Antonitsis will accompany the exhibition.