KÖNIG LONDON is pleased to present TOTALITY, an exhibition of new paintings and sculptures by Bosco Sodi. This new body of work demonstrates the artist’s ongoing exploration of the material world and his fascination with nature. 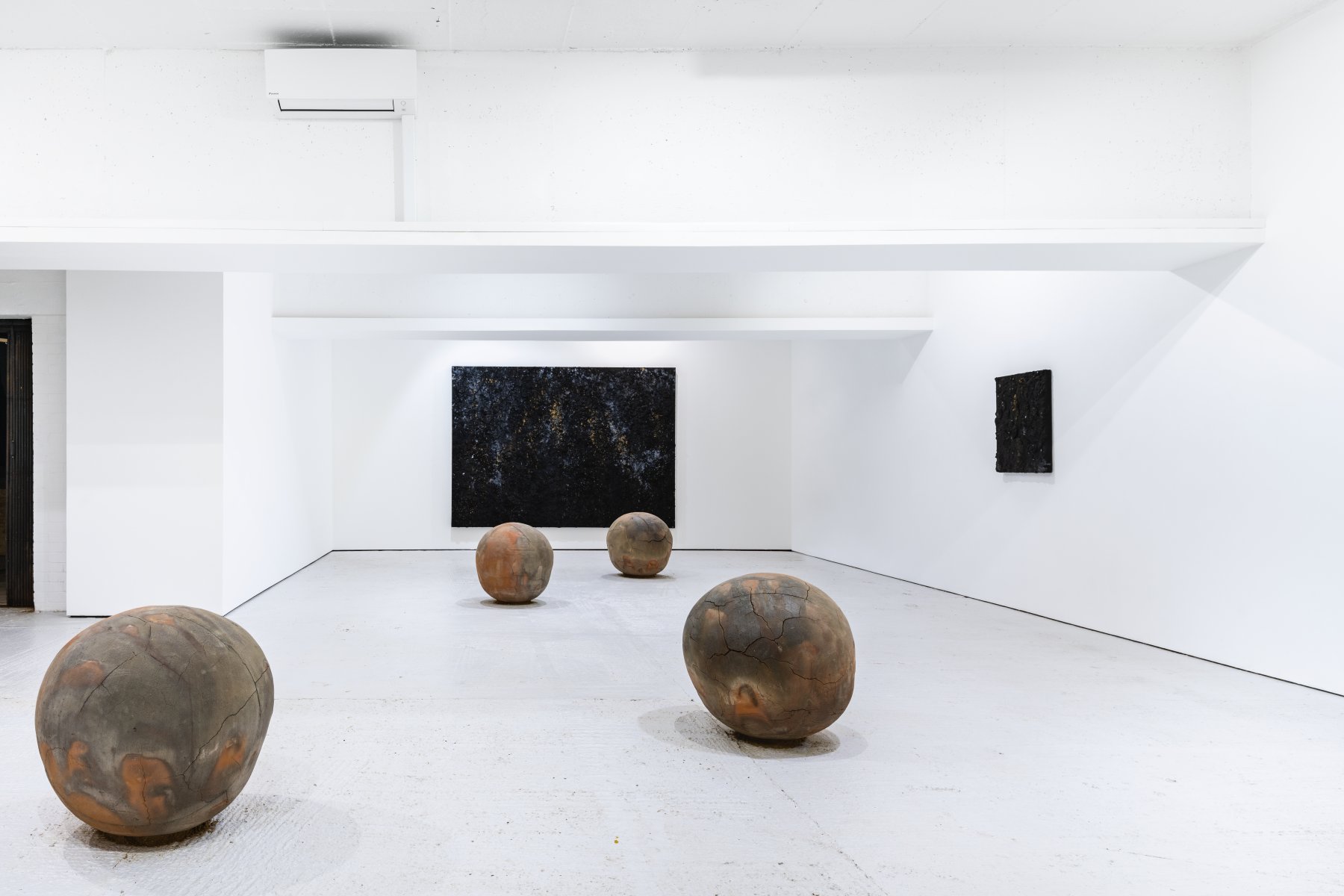 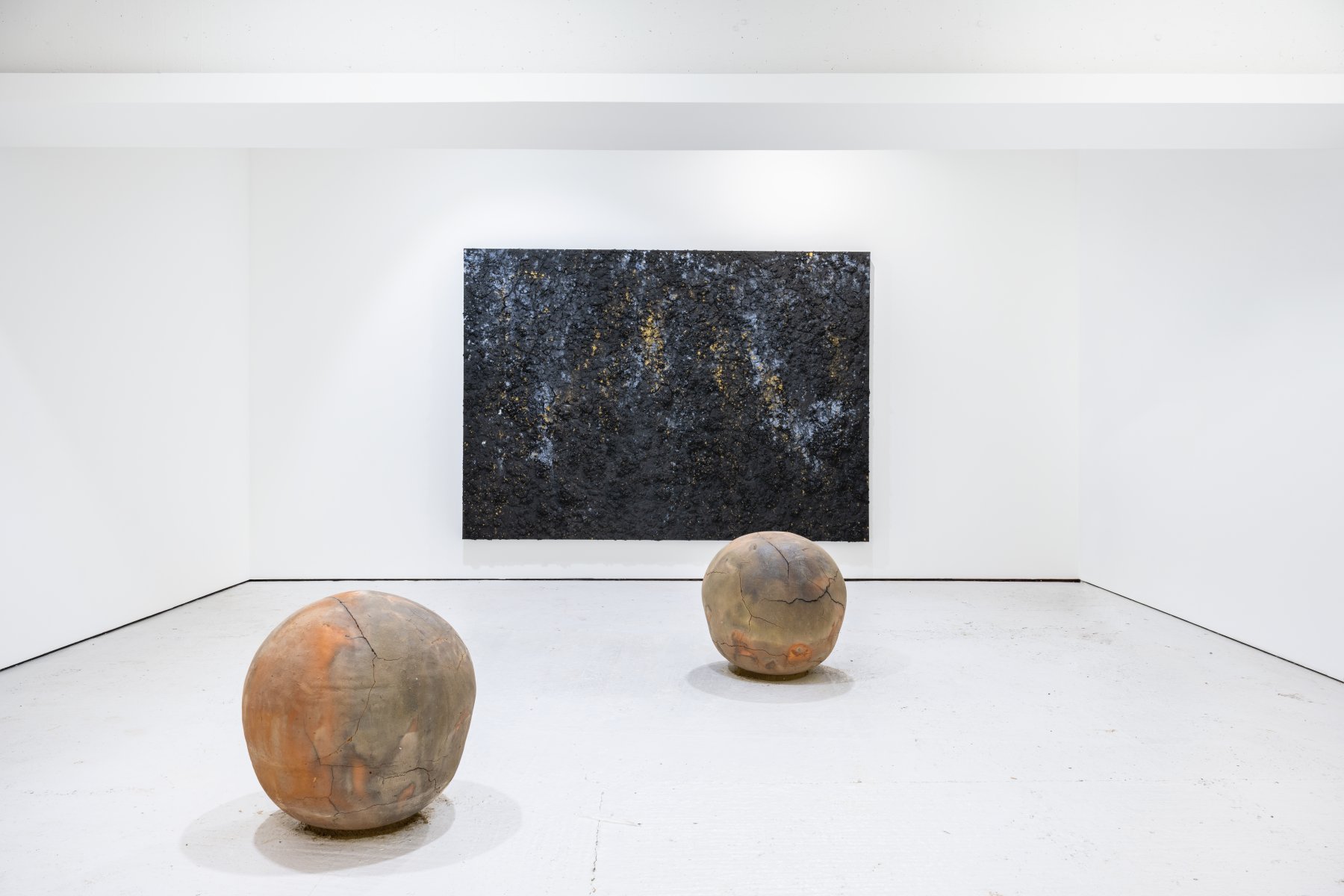 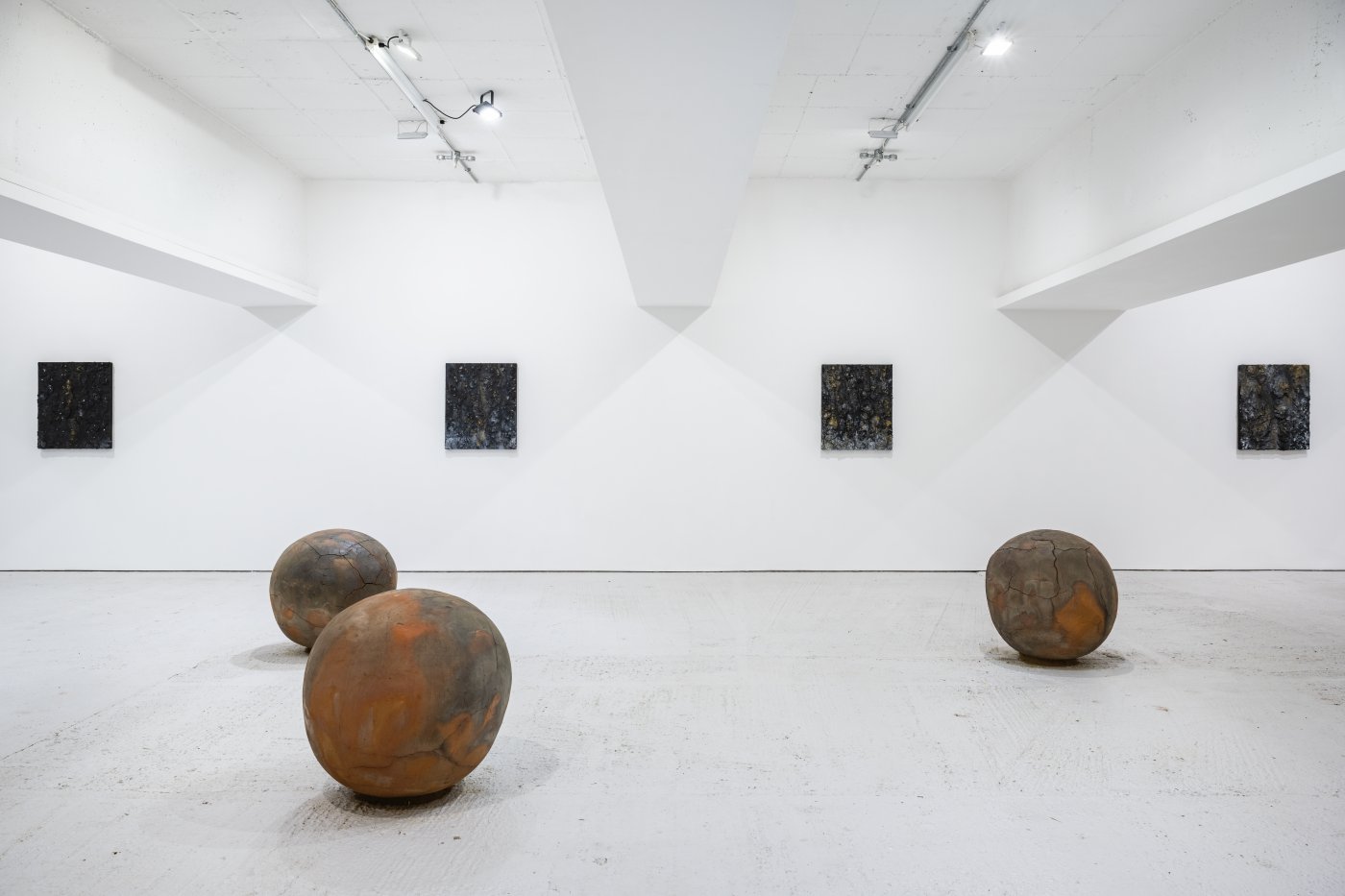 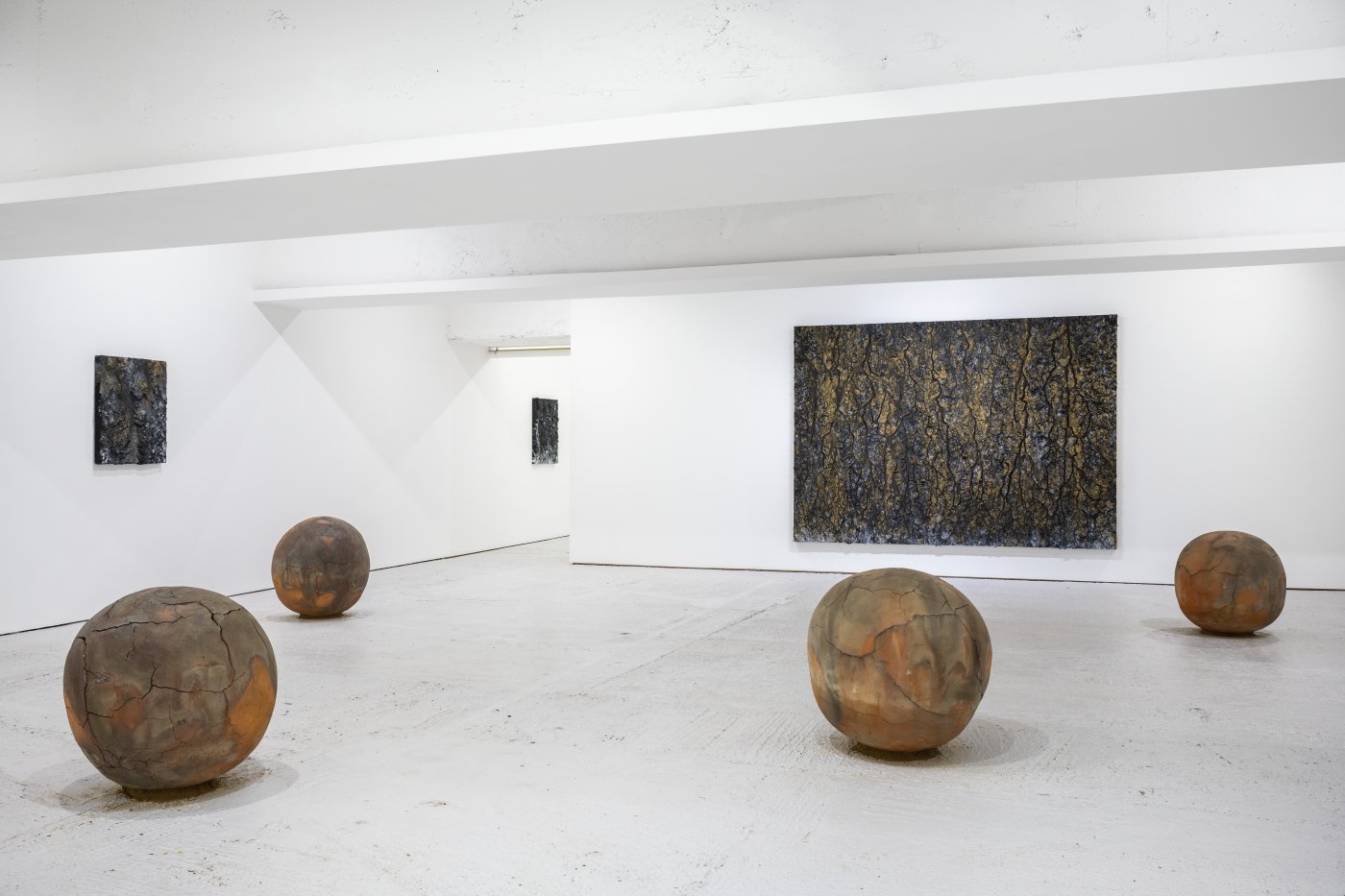 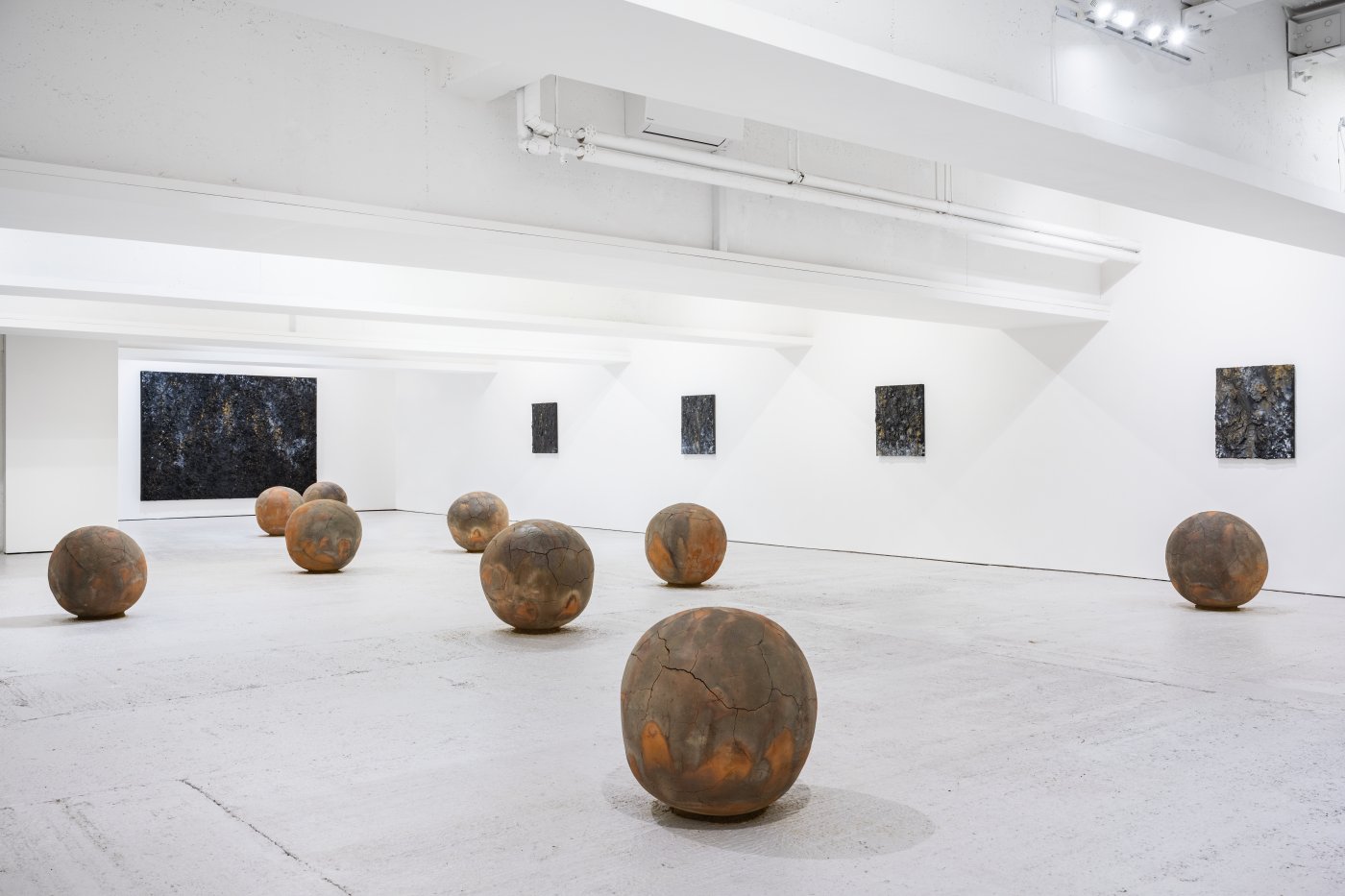 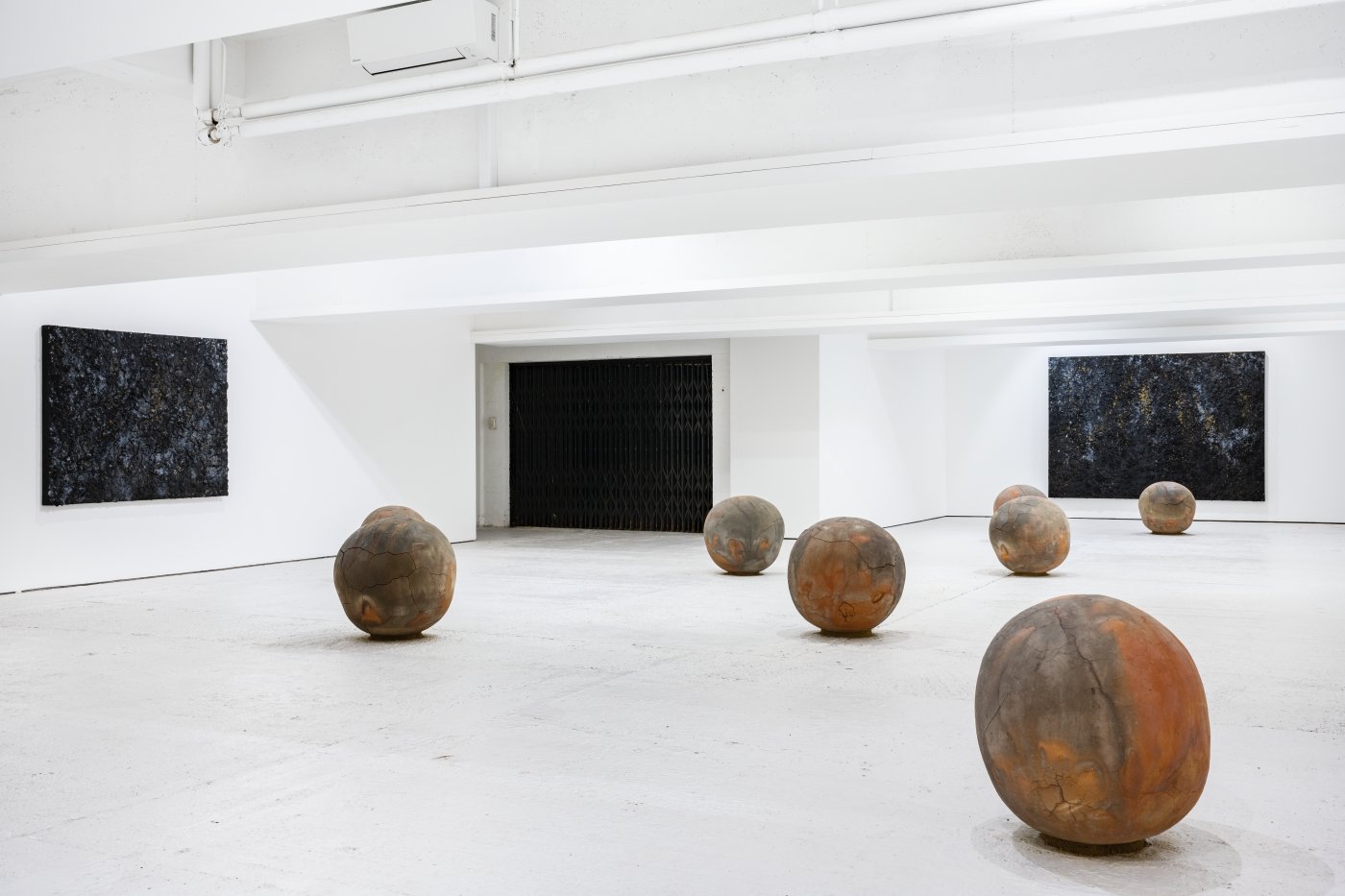 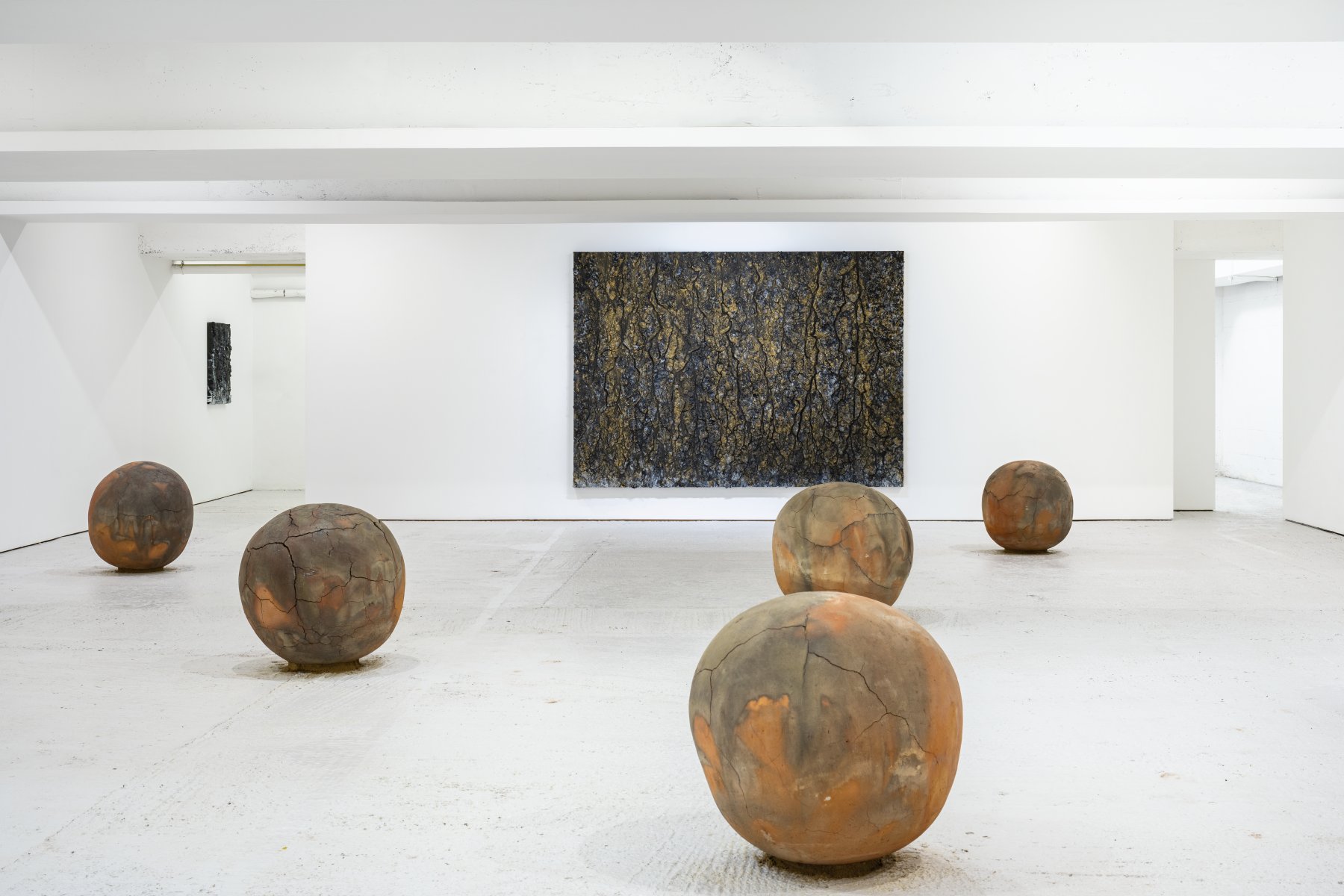 Sodi is predominantly known for his roughly-textured relief paintings. In this new series he brings together multiple colours in the same composition for the first time; combining pure pigments in hues of black, gold, white, grey and blue with glue and natural fibres. The resulting works are made up of shadows, faint light and a movement suggestive of the vast, awe inspiring nature of the universe.

These COSMIC paintings are the outcome of an intensively physical process in which experimentation and chance play an important role. Laying the canvas horizontally, Sodi builds up layers of his paint mixture by hand over several days, giving the works a sculptural quality. He stops once the surface begins to crack, surrendering the process to time and the elements. Sometimes he turns the canvas to use gravity as a latent force as the work dries and fissures appear. Formed as a result of environmental conditions over time, there is an alchemy of sorts, as the artist captures the changing and atmospheric qualities of light, air and weather in the paintings.

The site-specific role that the elements play in his works is also reflected in how Sodi sees them – as a series of objects that correspond to and belong in a certain space – creating a conversation between the works and the space. Nine clay spheres cut from the ground at Sodi’s studio in Oaxaca, Mexico exemplify this dialogue. Smoothed by hand and hardened via complex drying process that takes months to complete, they represent the nine planets (as previously taught) of our solar system. Surrounded by the COSMIC paintings the clay works present themselves as if creating their own gravitational fields and manifesting their own unique force.

Together the works in TOTALITY invite reflection and meditation in the viewer. They speak of silence, contemplation, of the passage of time, of nature and humanity’s connection to it. As Sodi writes: “My deepest intention is that my work produces a feeling of totality, of connection to the viewer’s inner world, with their surroundings and with nature.”

Alongside his artistic practice, Sodi is also the founder of Fundación Casa Wabi, an art centre in Oaxaca, Mexico dedicated to promoting the exchange of ideas between international artists of different disciplines. Designed by Japanese architect Tadao Ando, the foundation also develops opportunities for art education with local communities.