Bosco Sodi, Into The Deepest

Bosco Sodi, Into The Deepest

Axel Vervoordt Gallery presents Into the Deepest by Bosco Sodi, an exhibition featuring a series of dense and deeply black paintings, alongside golden stone sculptures. 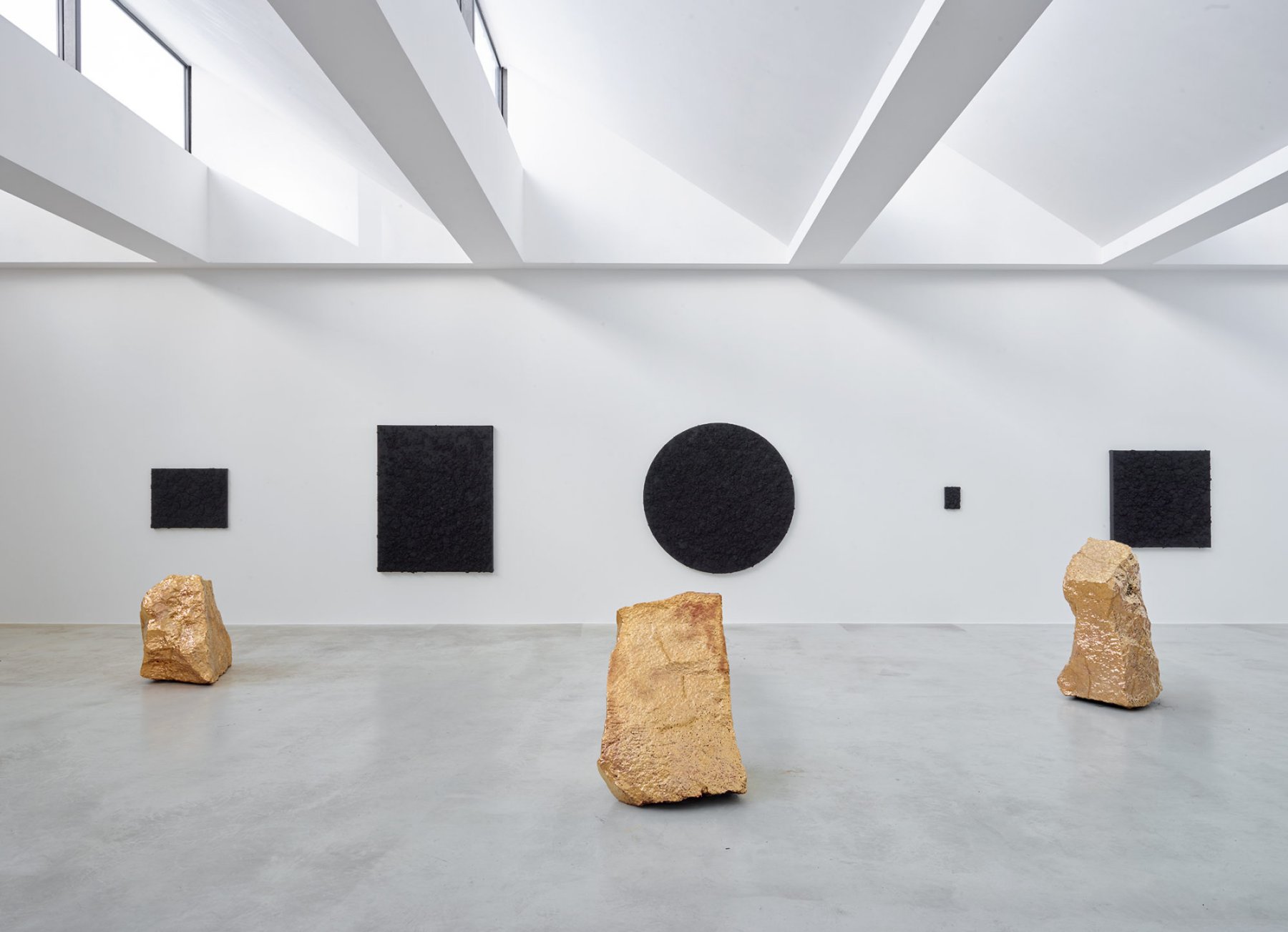 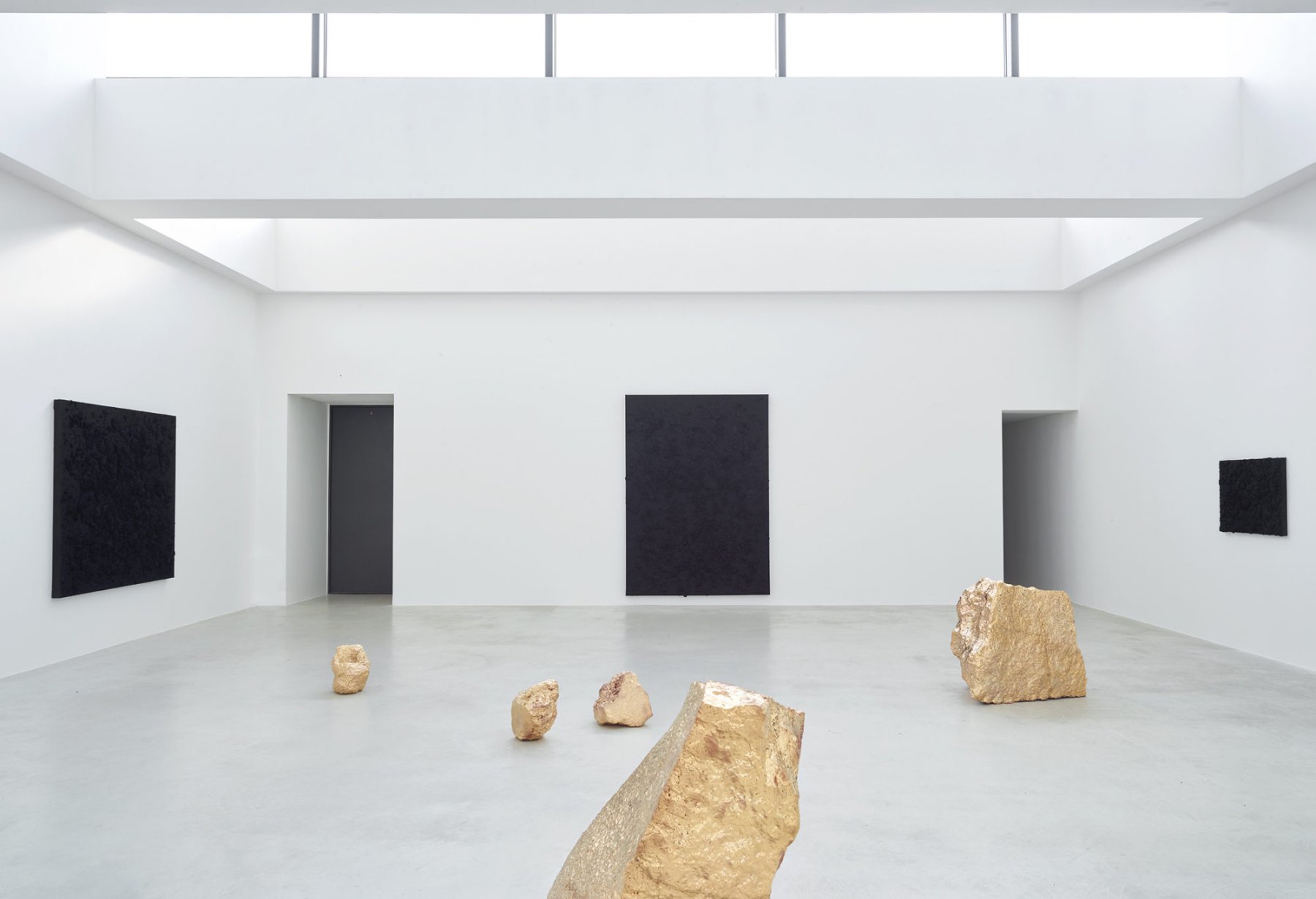 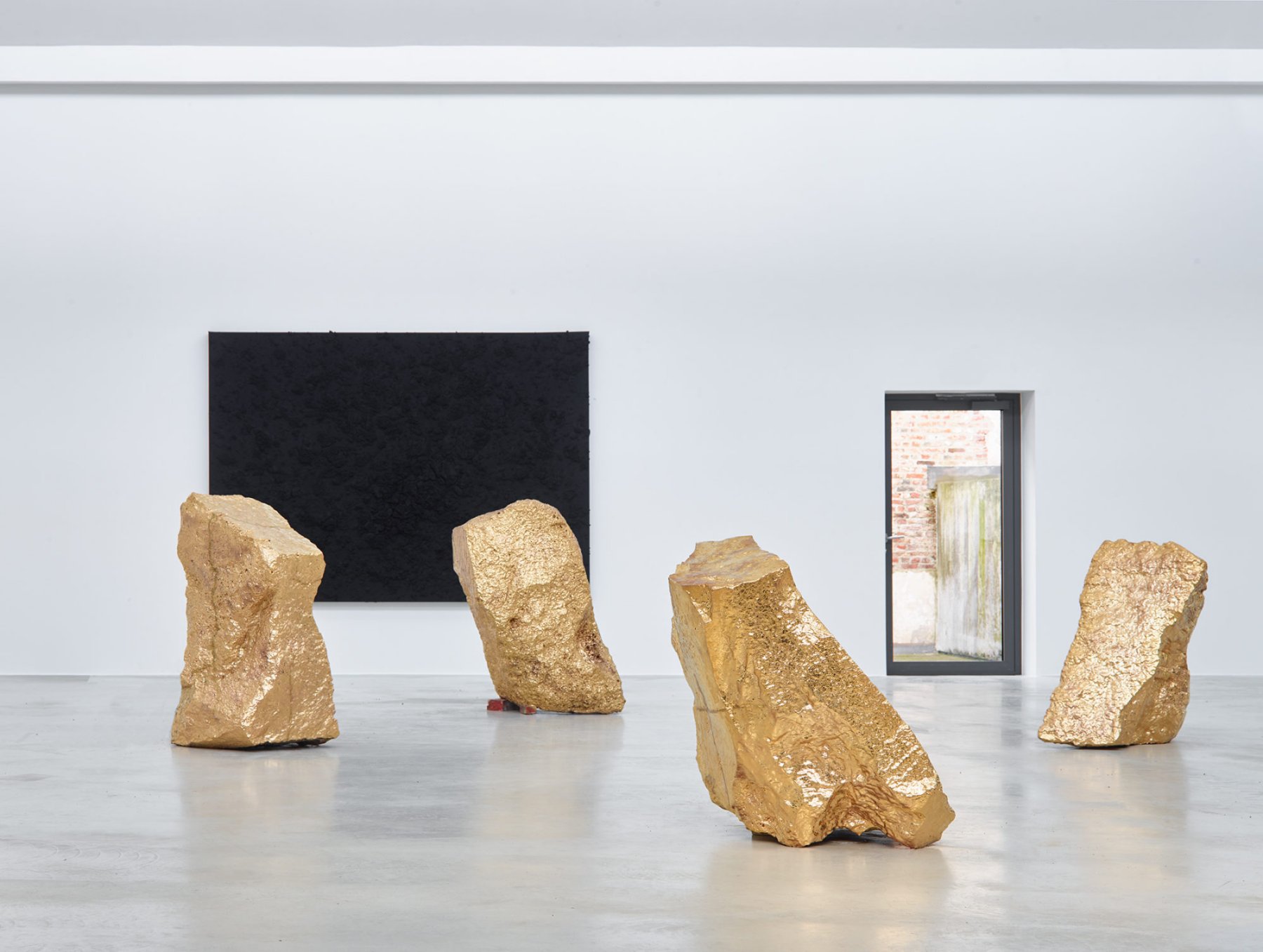 Sodi describes black as being “not just one colour of so many, nor is it an element or material of so many. Black bathes everything in an absence, reveals an opacity, and dissolves all shades of shadow and light”. This pure darkness stands in contrast to the light emitting from the golden sculptures as if, even in the darkest places, there’s illumination to be found. These works were first presented during the exhibition titled Ergo Sum, which ran from the 4th of September until the 6th of December 2020 at CAC Málaga, Spain.

When encountering these works, a viewer may feel a sensation like being pulled into a dark cavern, absorbed by the paint and texture, just as the light is absorbed by the pigment. Colour, texture, and materiality play a central role in Sodi’s work. Organic, natural materials are transformed in a way that shows a strong similarity to the Japanese concept of wabi-sabi: in a constant search for beauty and acceptance of the imperfect, incomplete, and passage of time. These often asymmetrical, rough, and intimate aesthetics are achieved through his working process. As an artist, he’s extremely close to the material he uses, refusing to use a paintbrush or other typical tools, and relying on his bare hands to paint and sculpt. The use of natural materials like pulp, plant fibres, pigments, sawdust, clay, or volcanic rocks, only enforces this strong and tangible direct relation between the matter and the artist. It is this specific approach that results in such physical and earthly, yet spiritually loaded work.

This specific body of works is characterised by the use of Black 3.0, the purest black in existence. Black has long been studied as a colour, with thinkers and scientists such as Robert Fludd, Johann Wolfgang von Goethe, or Arthur Schopenhauer examining the one colour that absorbs the most light. Not all black is equal though, and by using this blackest black, Sodi explores even further the absolute nothingness and darkness it represents.

Where texture often gets lost in the void created by black, the Into the Deepest paintings manage to retain their rich and grainy surface, which is so inherent to the artist’s work. The exact formation of every painting is the result of a unique and intriguing process, in which Sodi creates a guided chaos. One part is fully controlled: the use of the material, the shape of the canvas, and the movements of the artist. What follows, however, is left to the forces of nature, allowing for chance and imperfection to find their way into the work: the paint dries and starts to crack and evolve under the influence of uncontrollable variables like humidity, heat, and air. Therefore, every painting is reminiscent of the specific time and place in which they were created, resulting in a work that’s created as much by natural processes as by human hands. This goes for Sodi’s paintings as well as the volcanic rocks, for which the form and shape were dictated by the movement of the lava erupting from the Mexican volcano Ceboruco. By covering them with ceramic enamel and precious metals, the rocks are transformed into sculptures.

Sodi’s artistic practice is all about finding balance between chaos and order, human and nature. It relates to the uncontrollable elemental forces of the universe while staying surprisingly sublunary. The spiritual and physical go hand in hand, creating undiscovered connections within the mind of the beholder. Into the Deepest is meant as a voyage, whether that’s within the subconscious or the material world.