Bojan Šarčević: Sentimentality is the core

Bojan Šarčević: Sentimentality is the core

Modern Art presents an exhibition of new works by Bojan Šarčević. This is the artist’s fourth solo exhibition with the gallery. 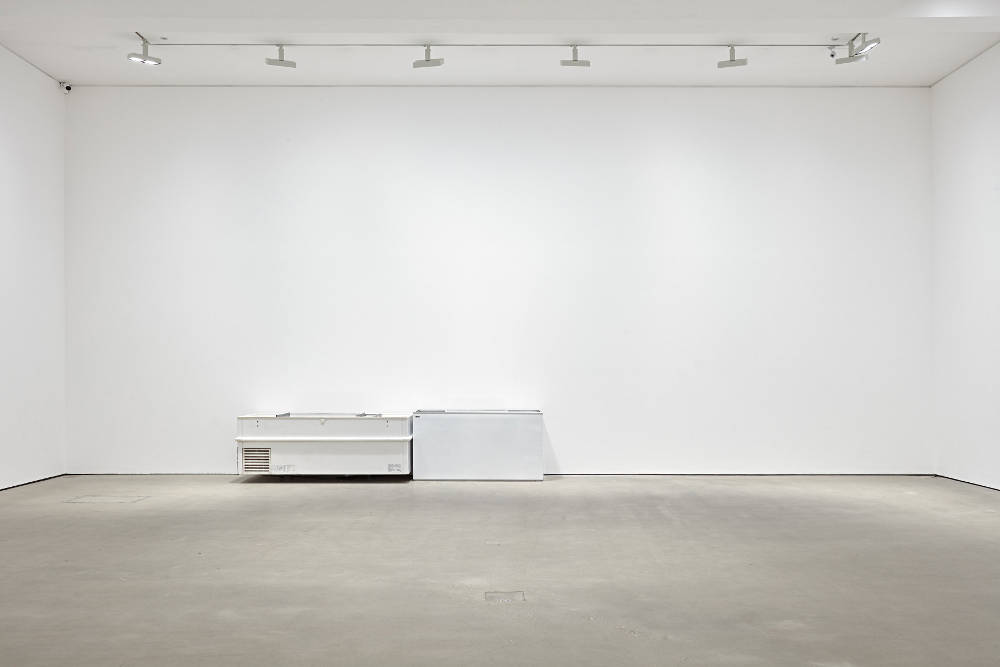 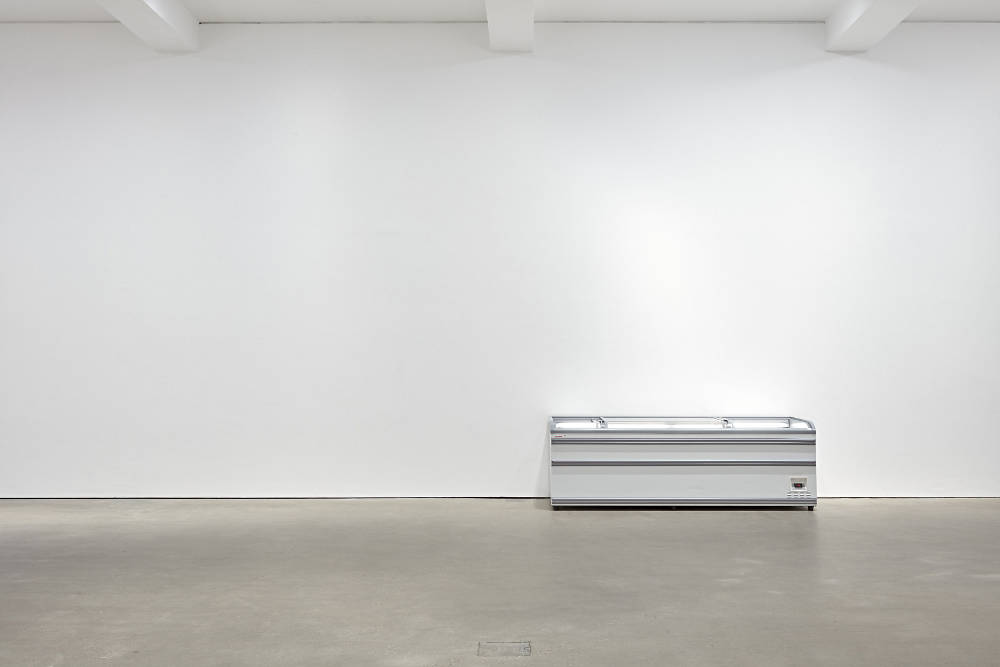 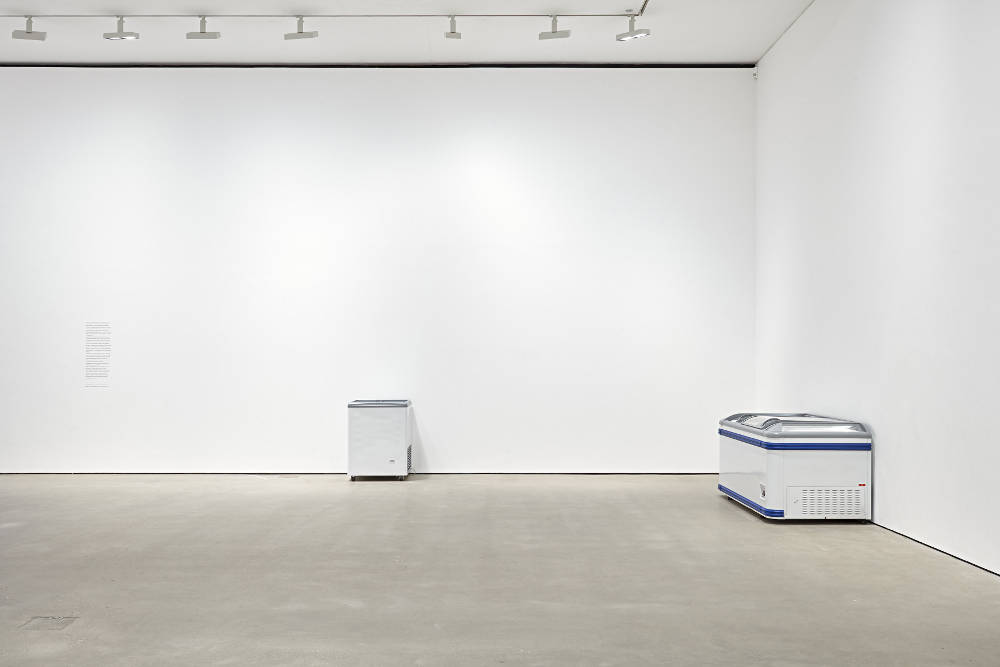 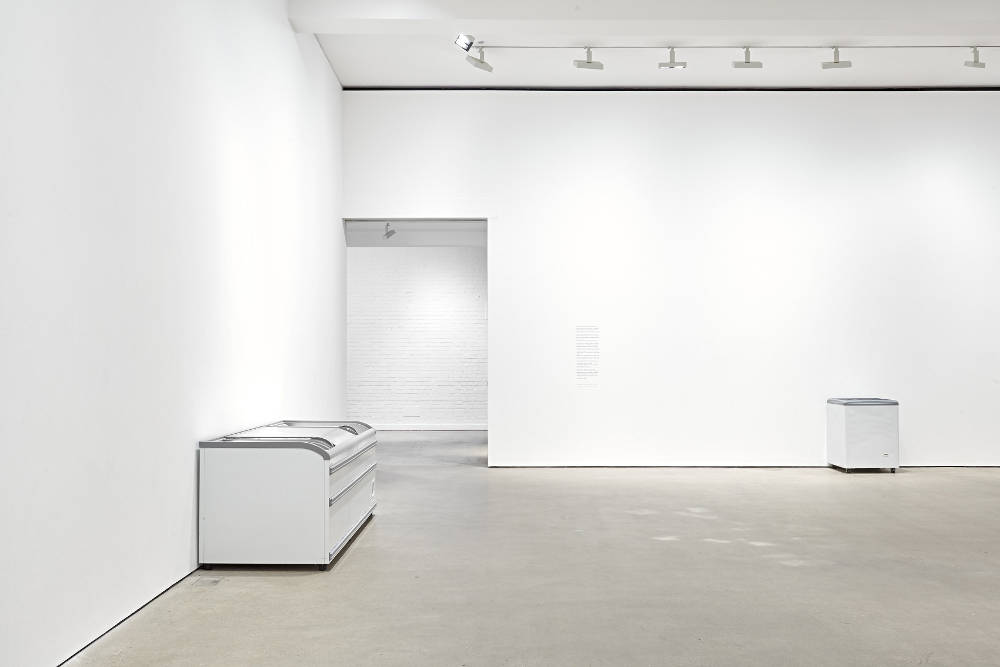 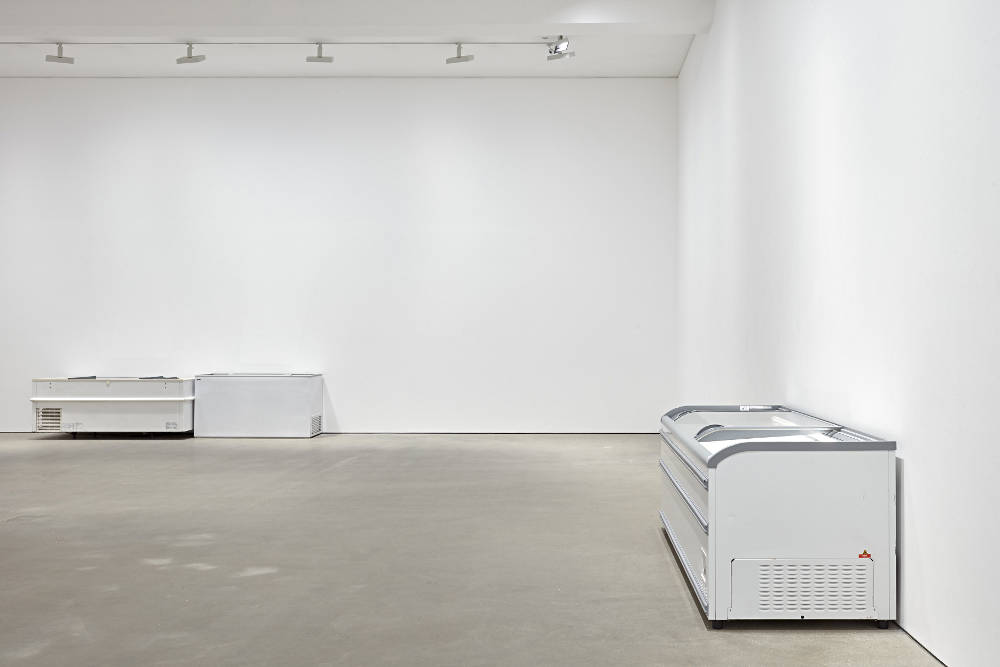 Šarčević’s exhibition at Modern Art consists of a series of new works made from commercial freezers, farmed ice crystals, and an audio component. In the exhibition, various readymade freezers – powered on and at work – occupy the otherwise empty ground floor of the gallery. The humidity in the air inside the gallery space affects the ever- growing frost within them. Eerie monoliths, they formally evoke both Minimalism and an abandoned supermarket. Over the humming of their motors, audio tracks, punctuated by distortion, can be heard periodically. Transducer speakers installed within the freezers emit vibrations that rely on solid or liquid particles to generate sound. As such, the thick layer of frozen condensation that has formed within each of them becomes the physical device for sound wave transmission. The audio component of each work is composed of a different Pop song from the 1980s (from George Michael and Chaka Khan to Spandau Ballet, Billy Idol and Sade) that was significant to the artist during his teenage years in Yugoslavia. If that decade might now be understood as one of deep social, political, and ideological changes – an era of Ronald Regan and Margaret Thatcher, the end of Communism and the dissolution of the welfare state – it was also the decade of the rise of lifestyle consumerism. Šarčević’s formal and sonic arrangement distils these disparate references – consumer culture, the readymade, Pop, lifestyle, nostalgia – in a new body of work that is mordant but also steeped in affect. The exhibition asks how we remember the era that started it all, while putting sentimentality, quite literally, at the core.