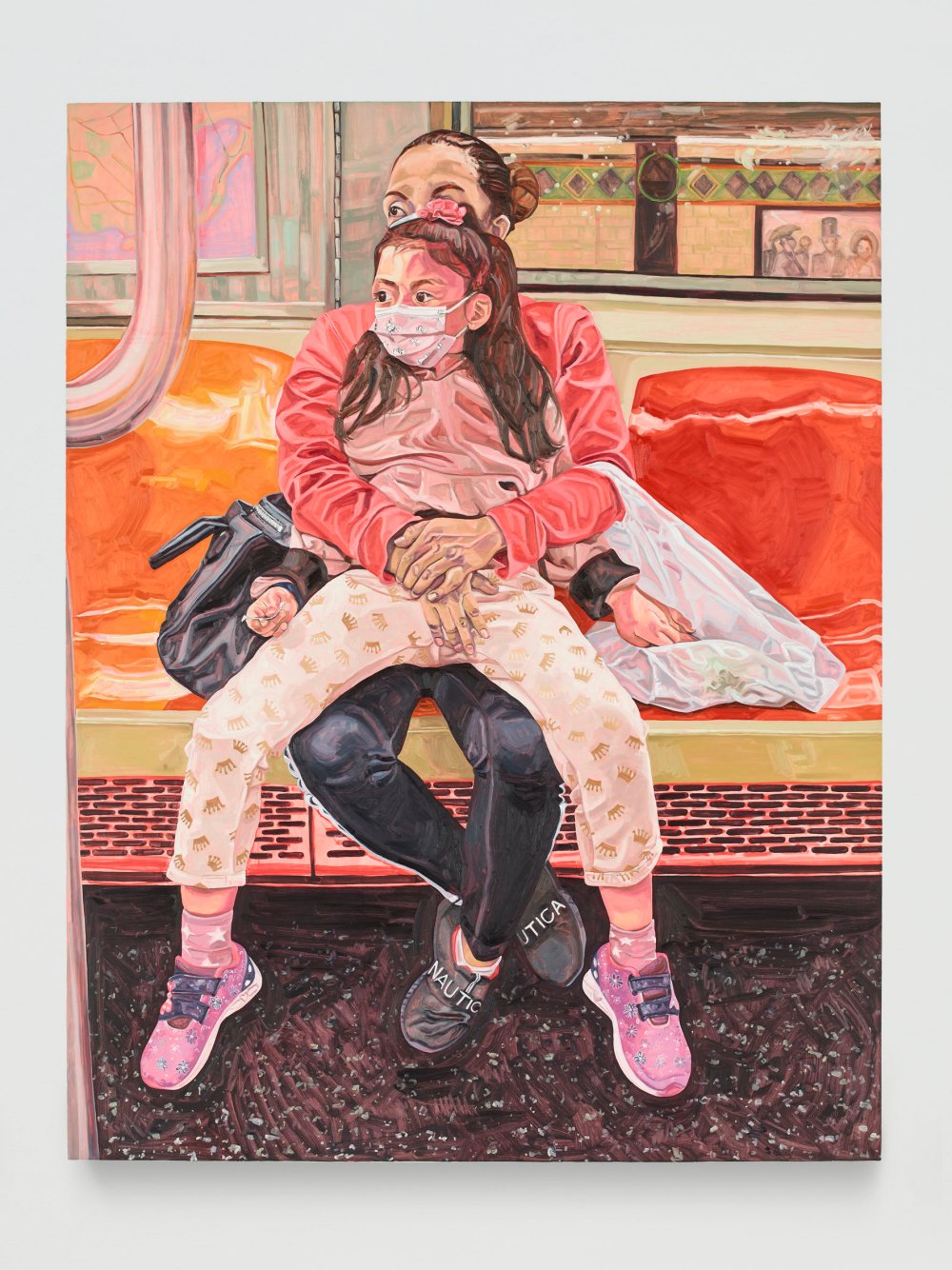 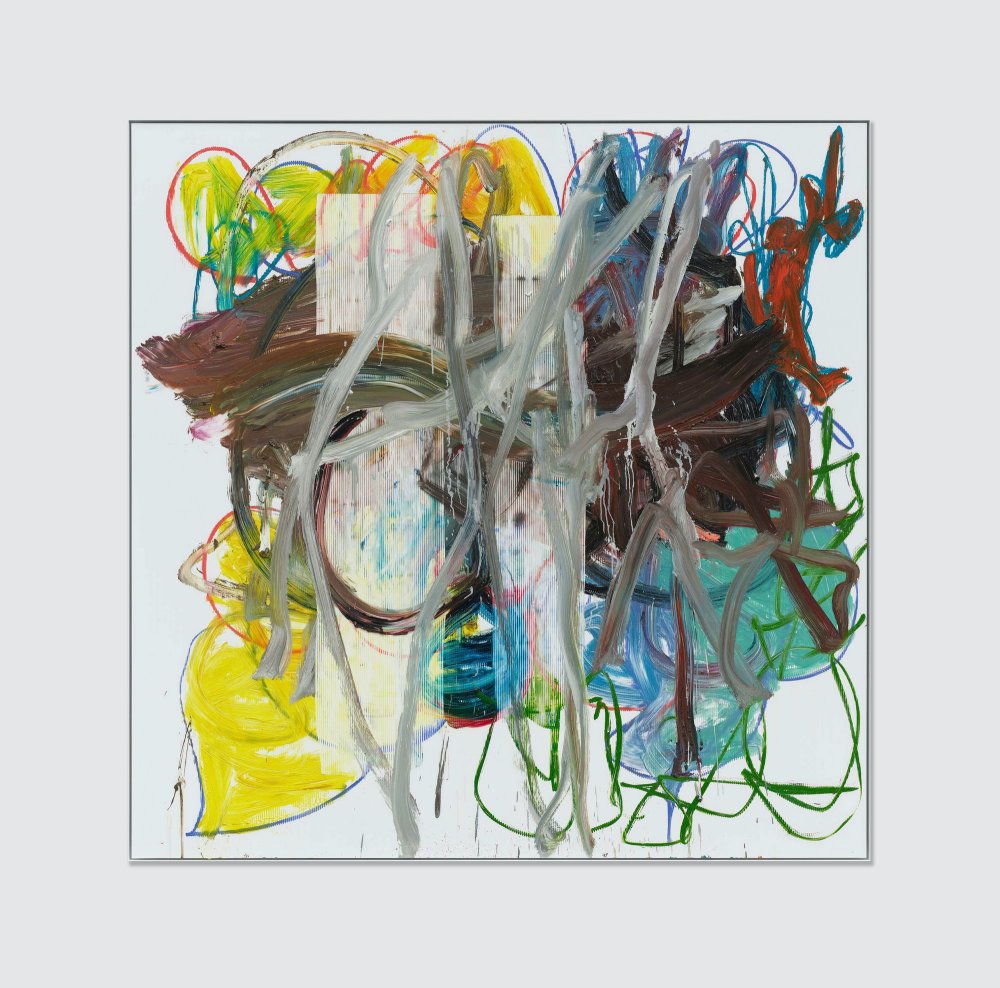 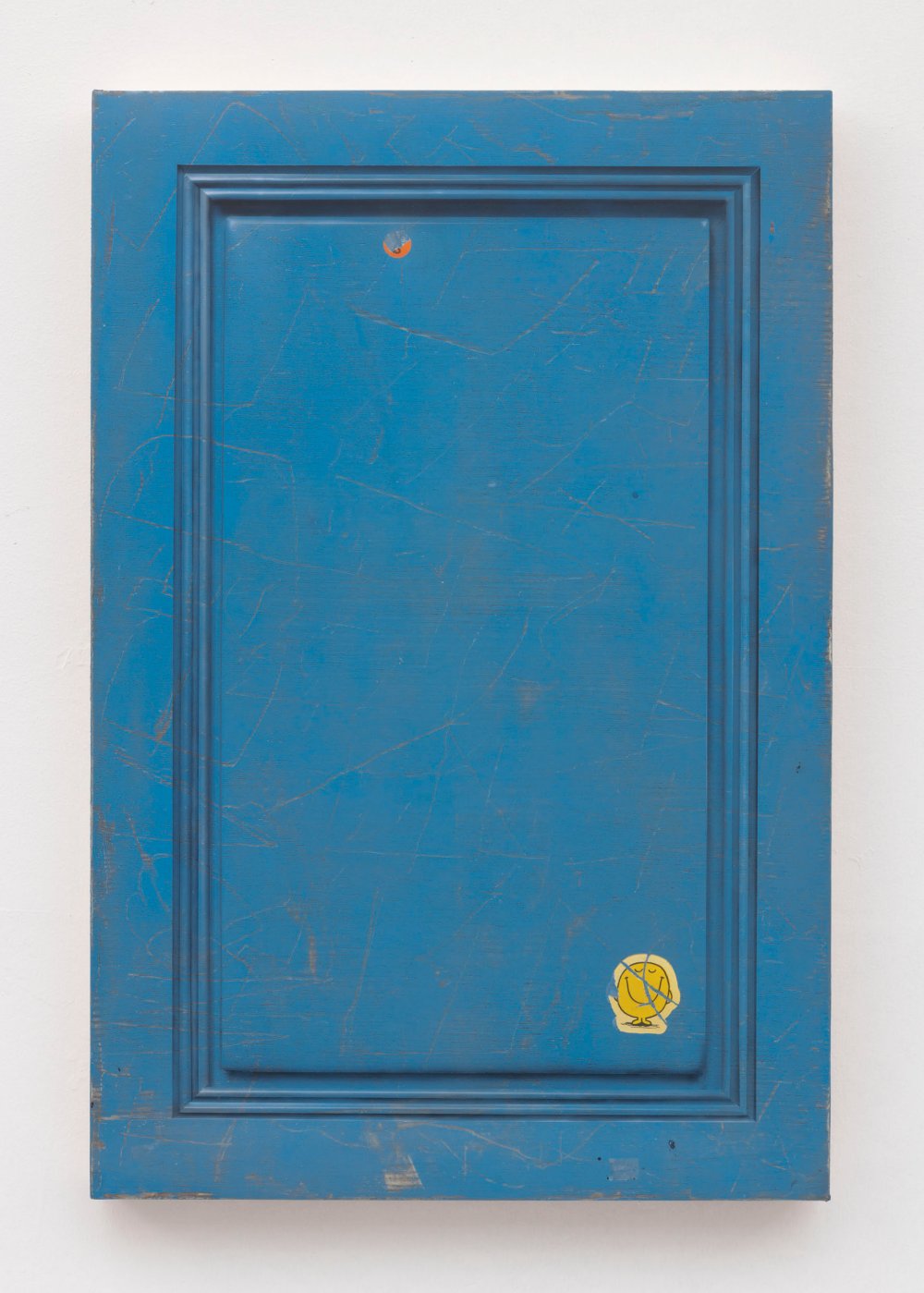 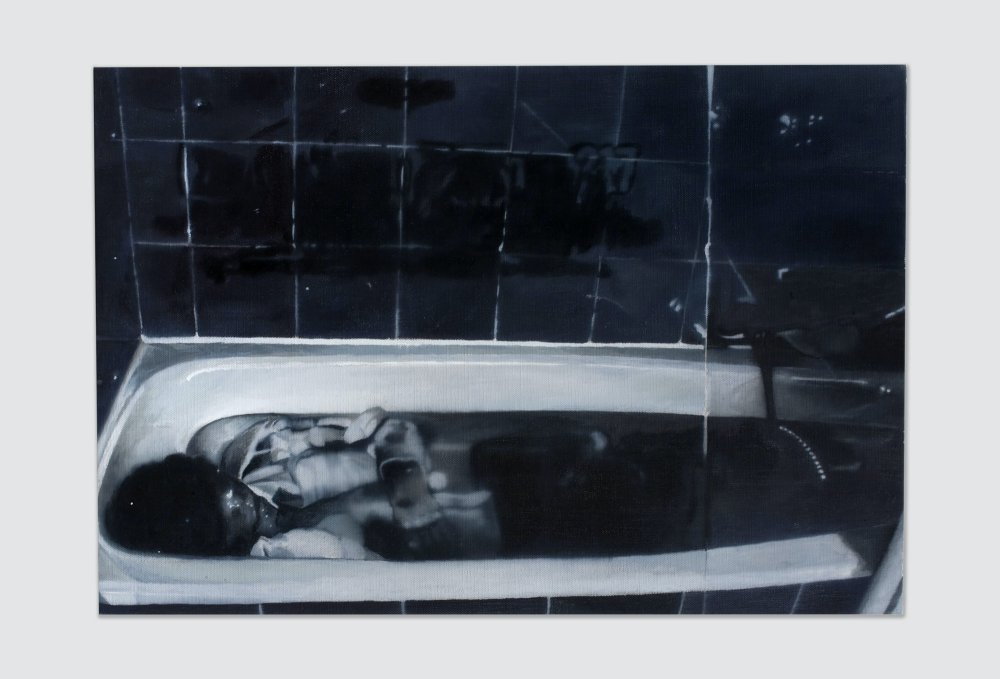 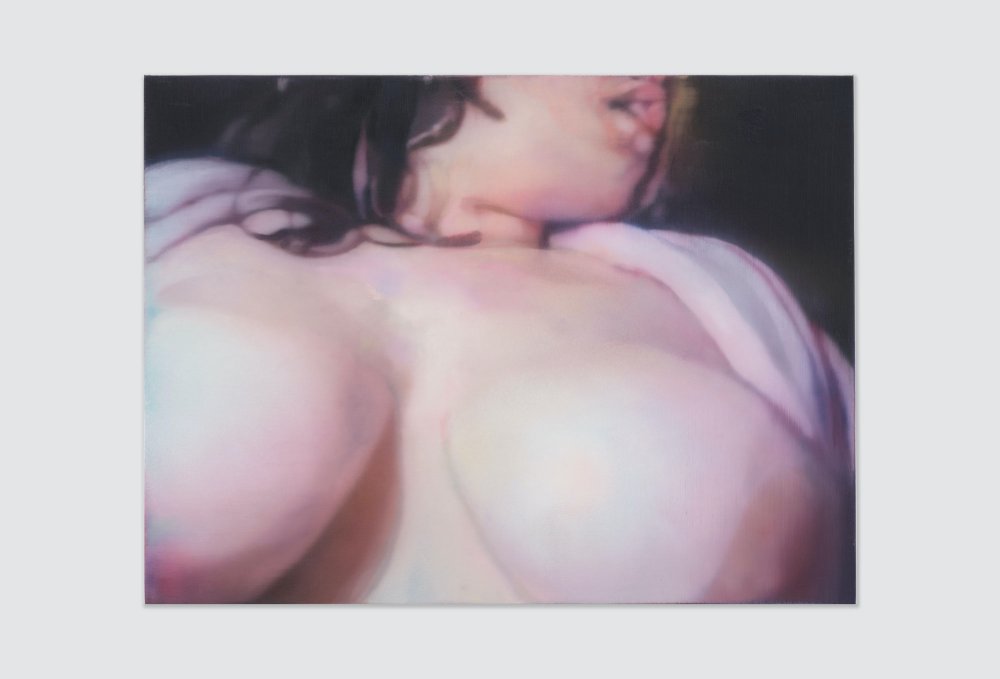 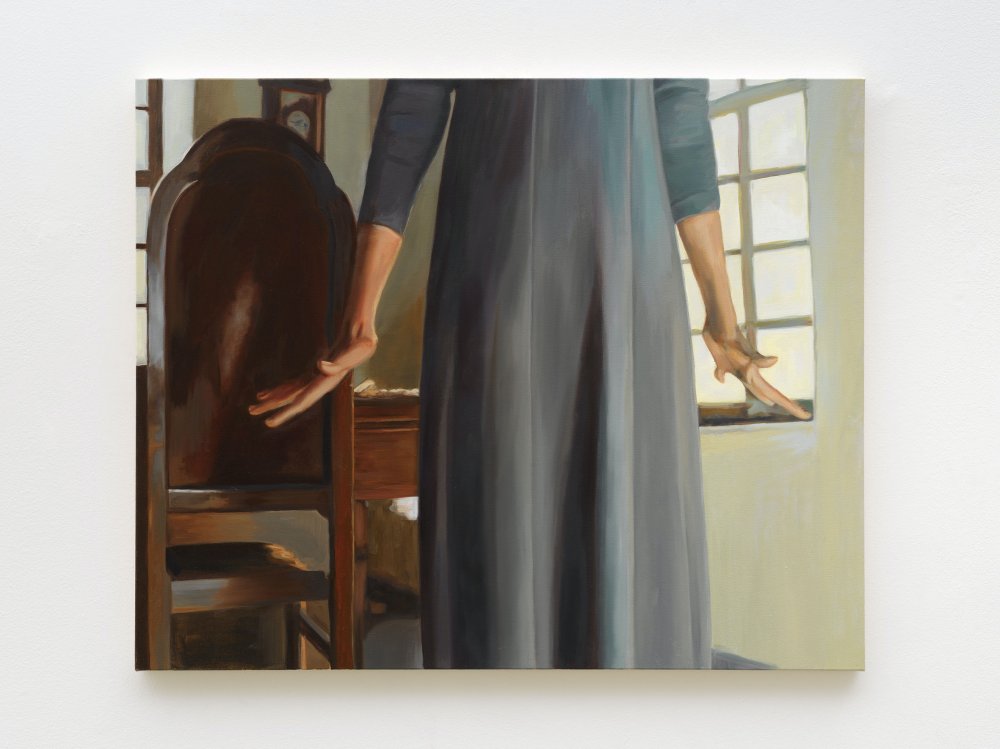 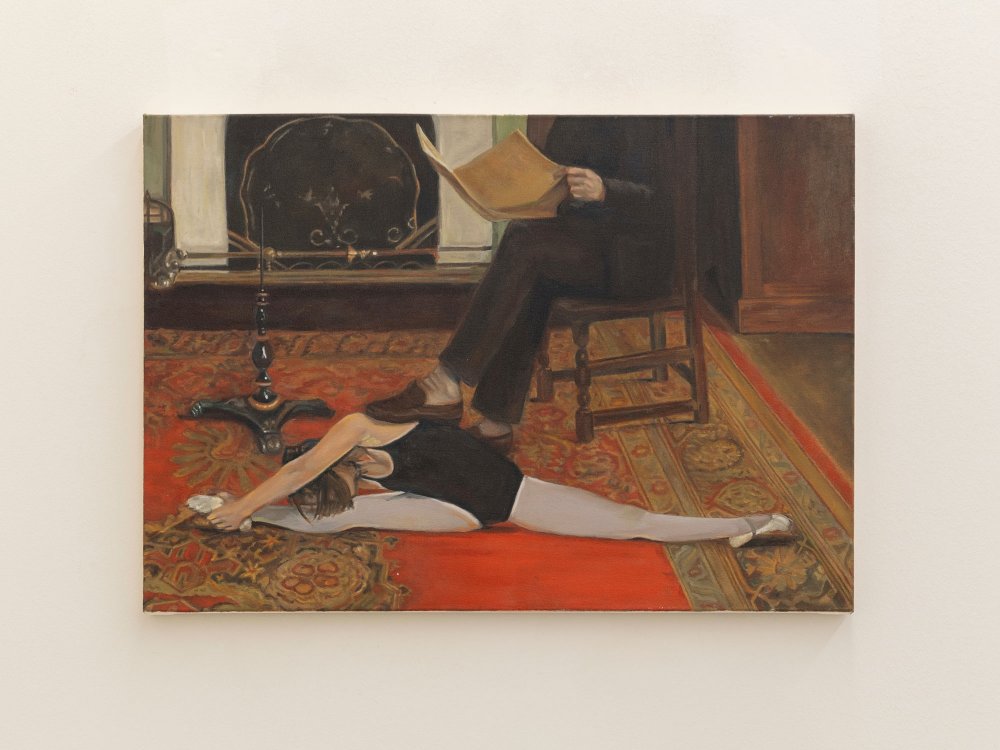 Shannon Cartier Lucy
By the Fire, 2018 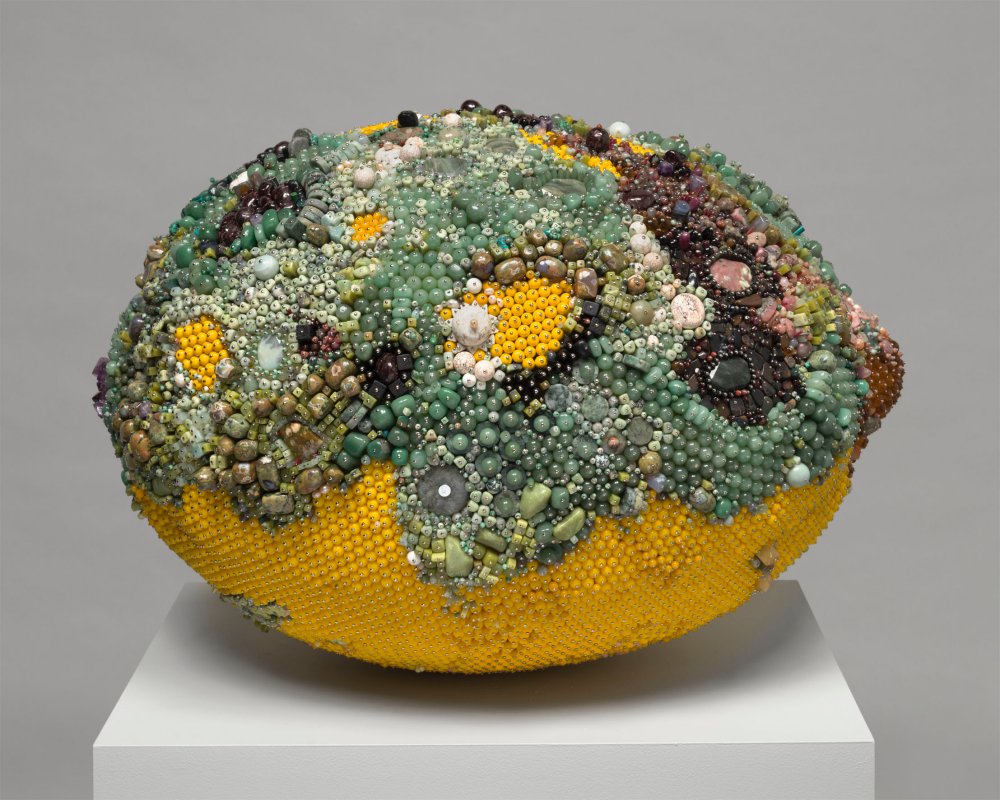 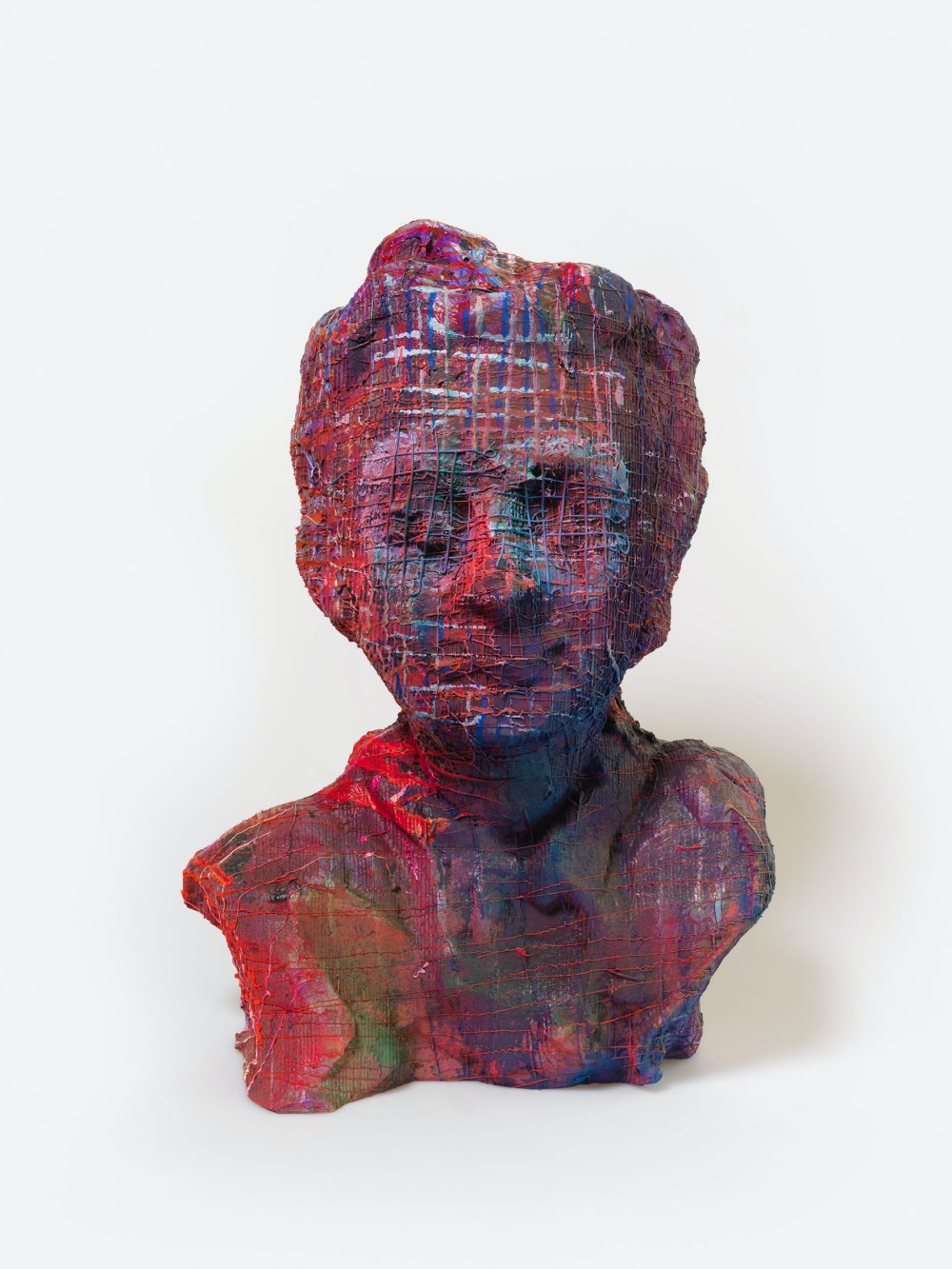 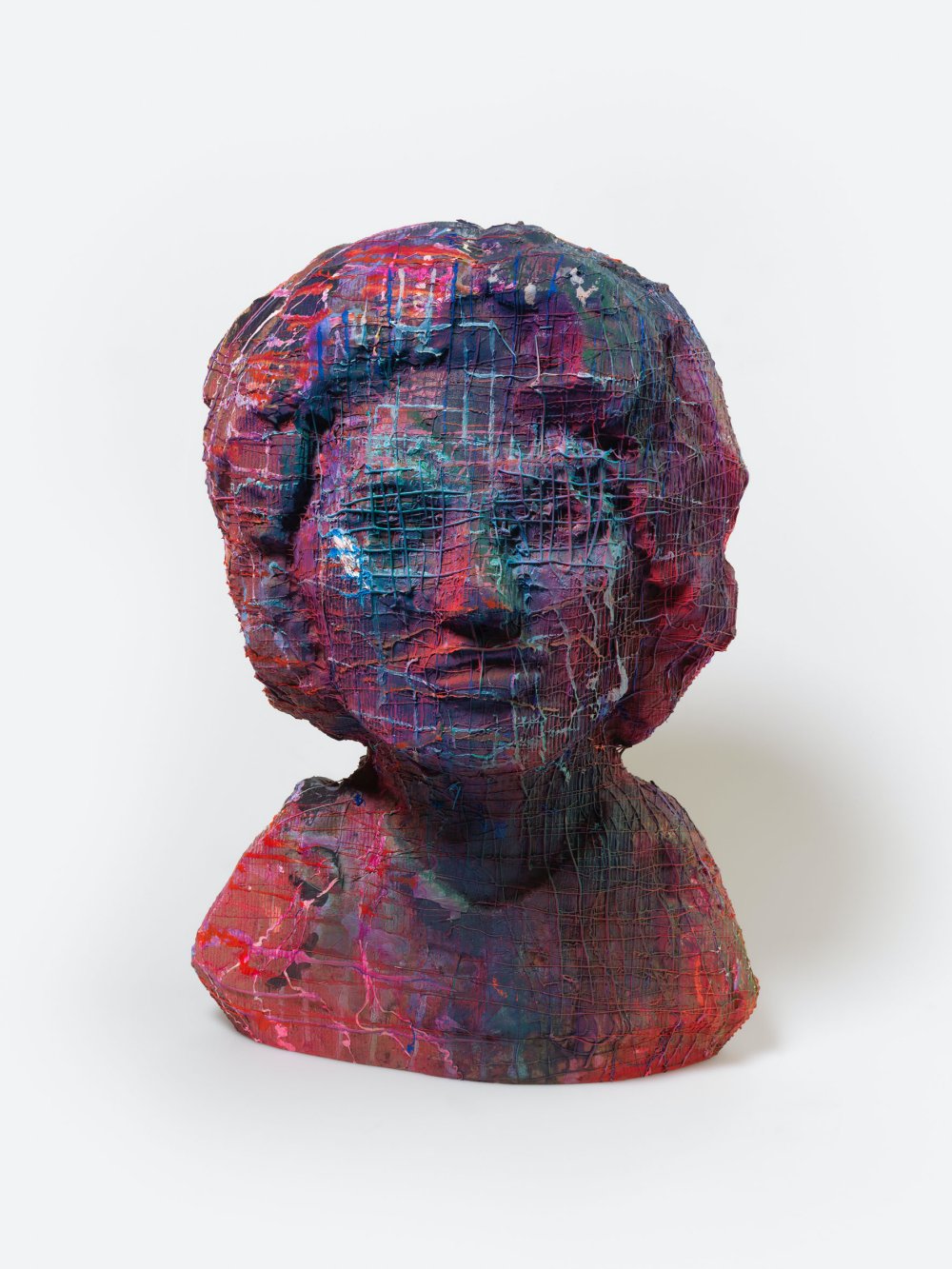 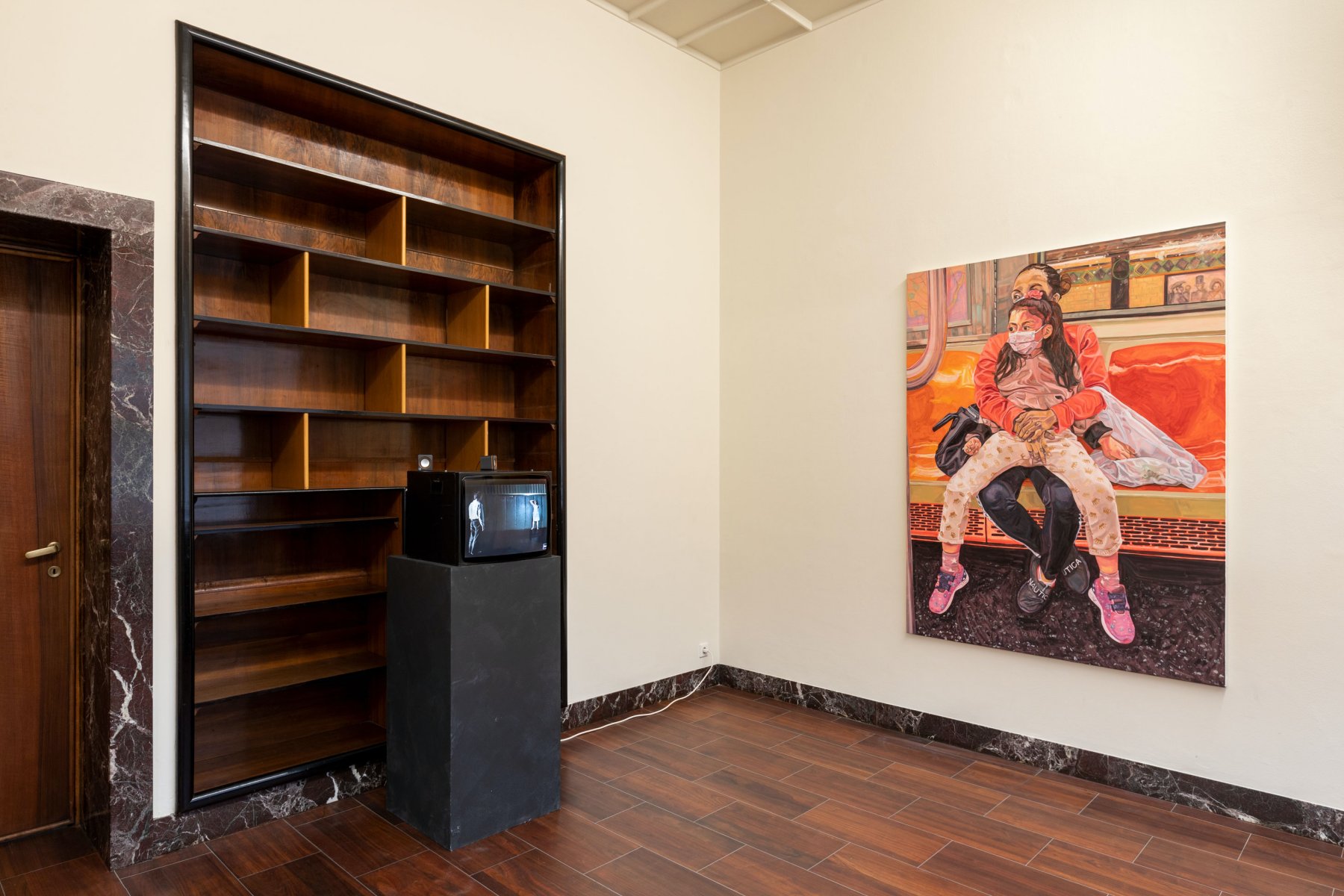 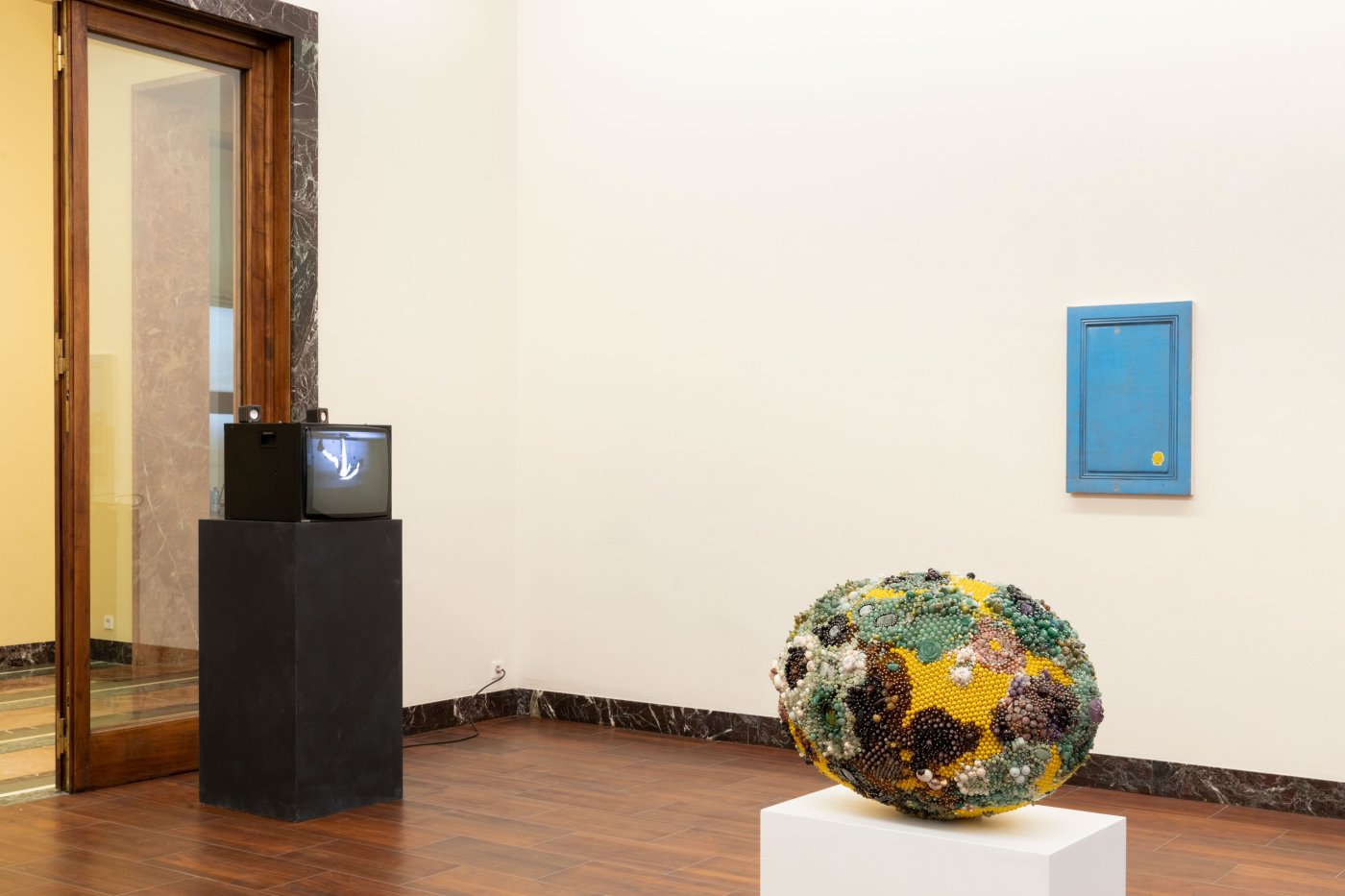 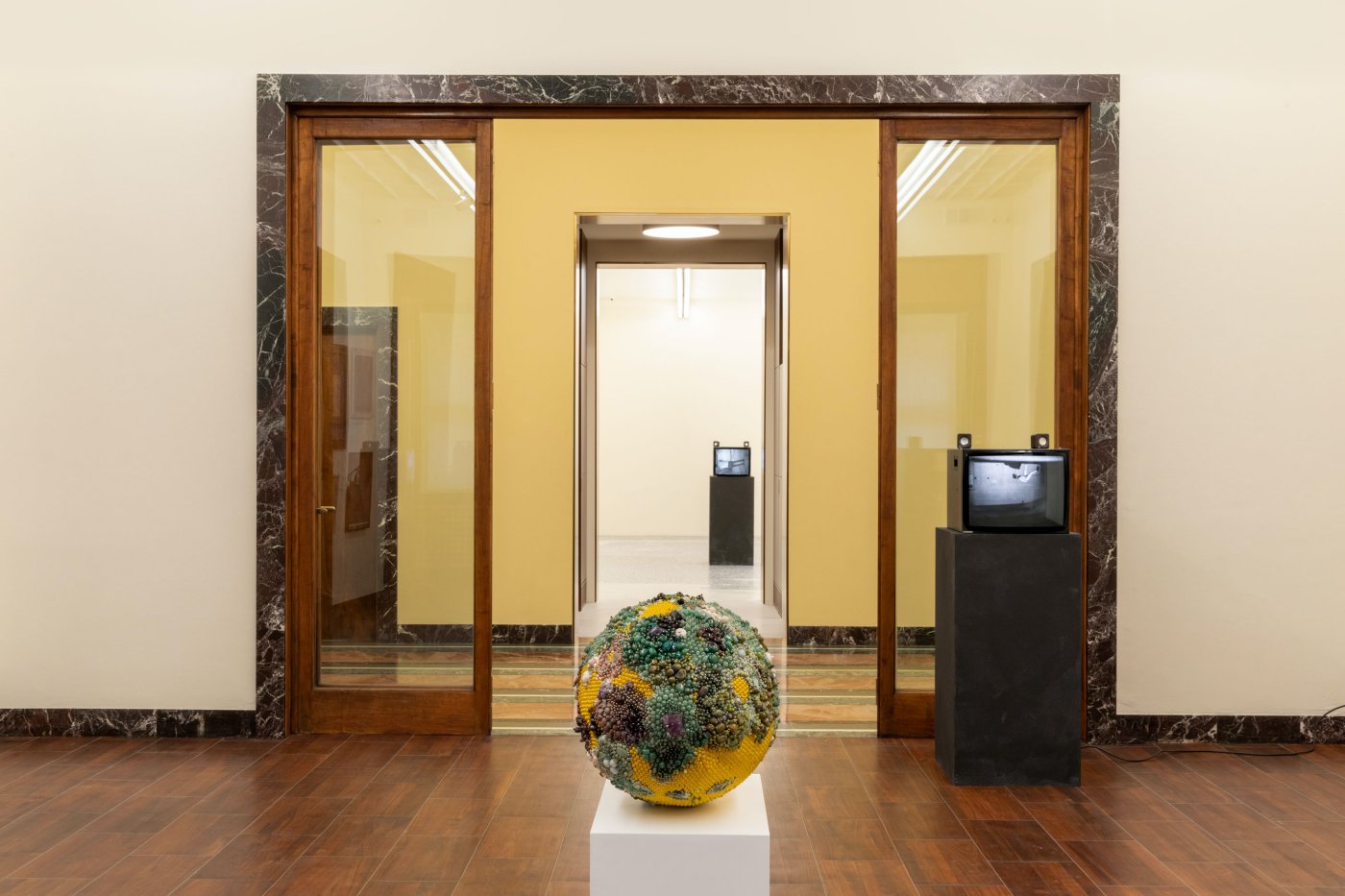 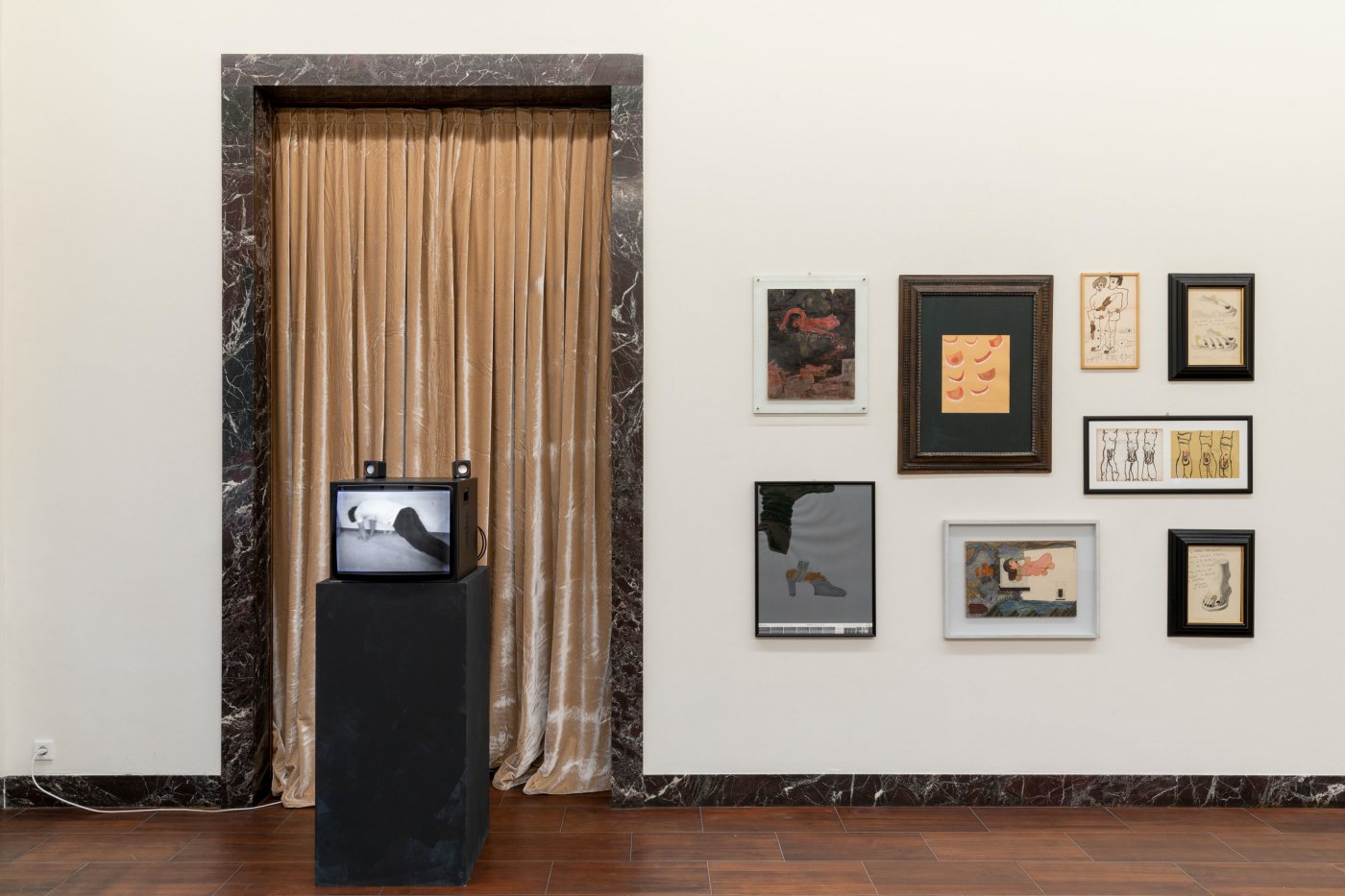 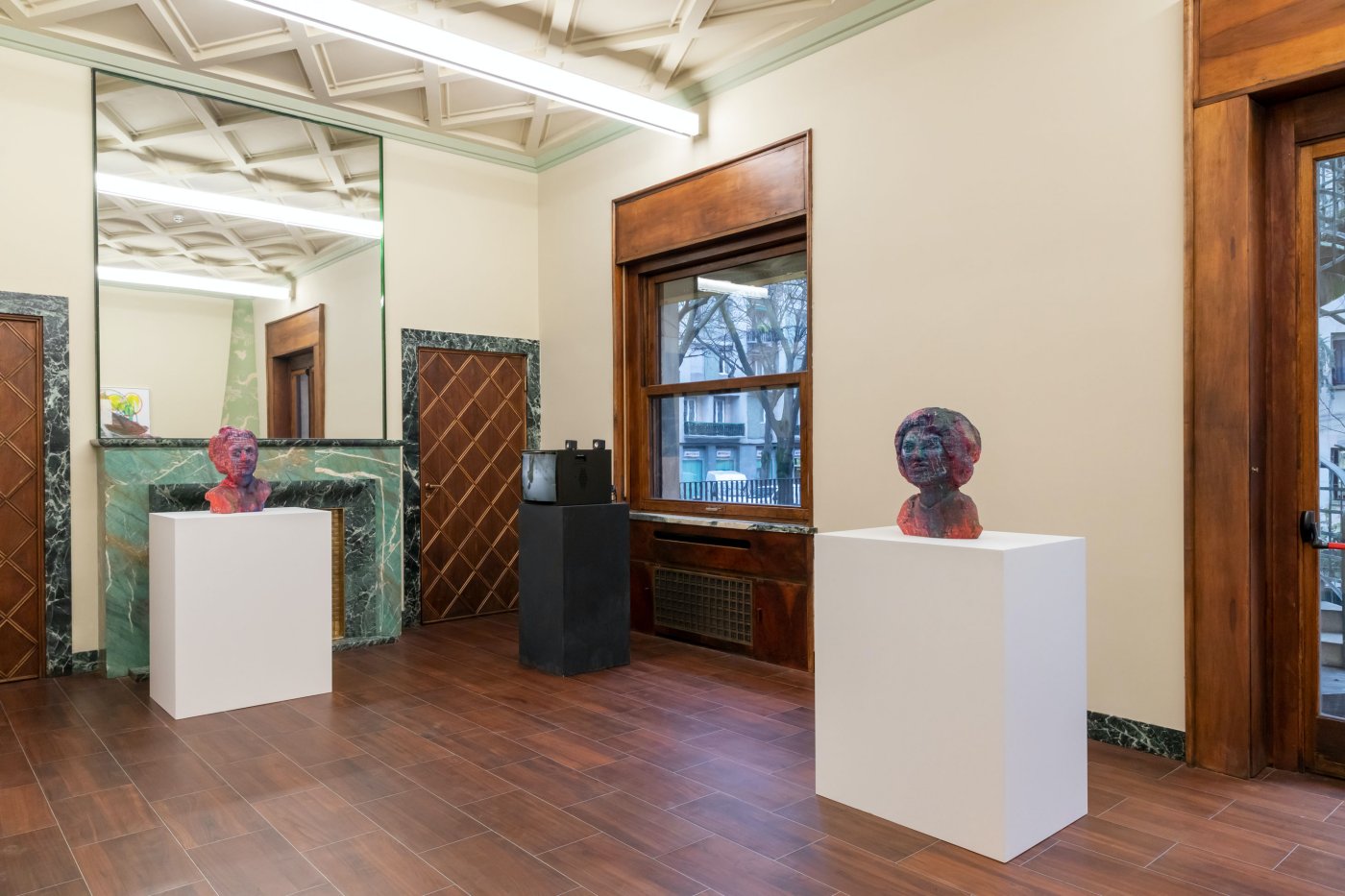 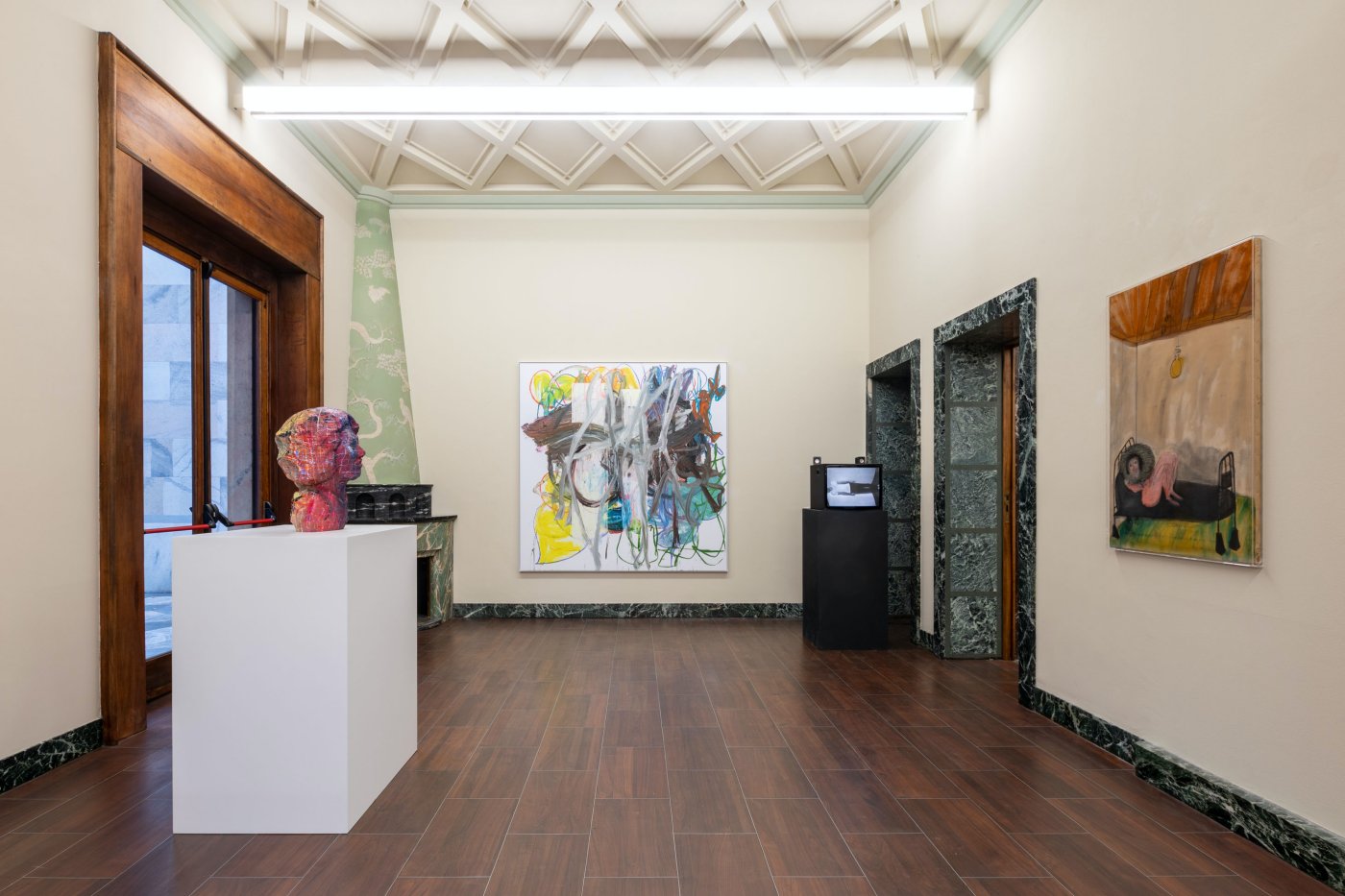 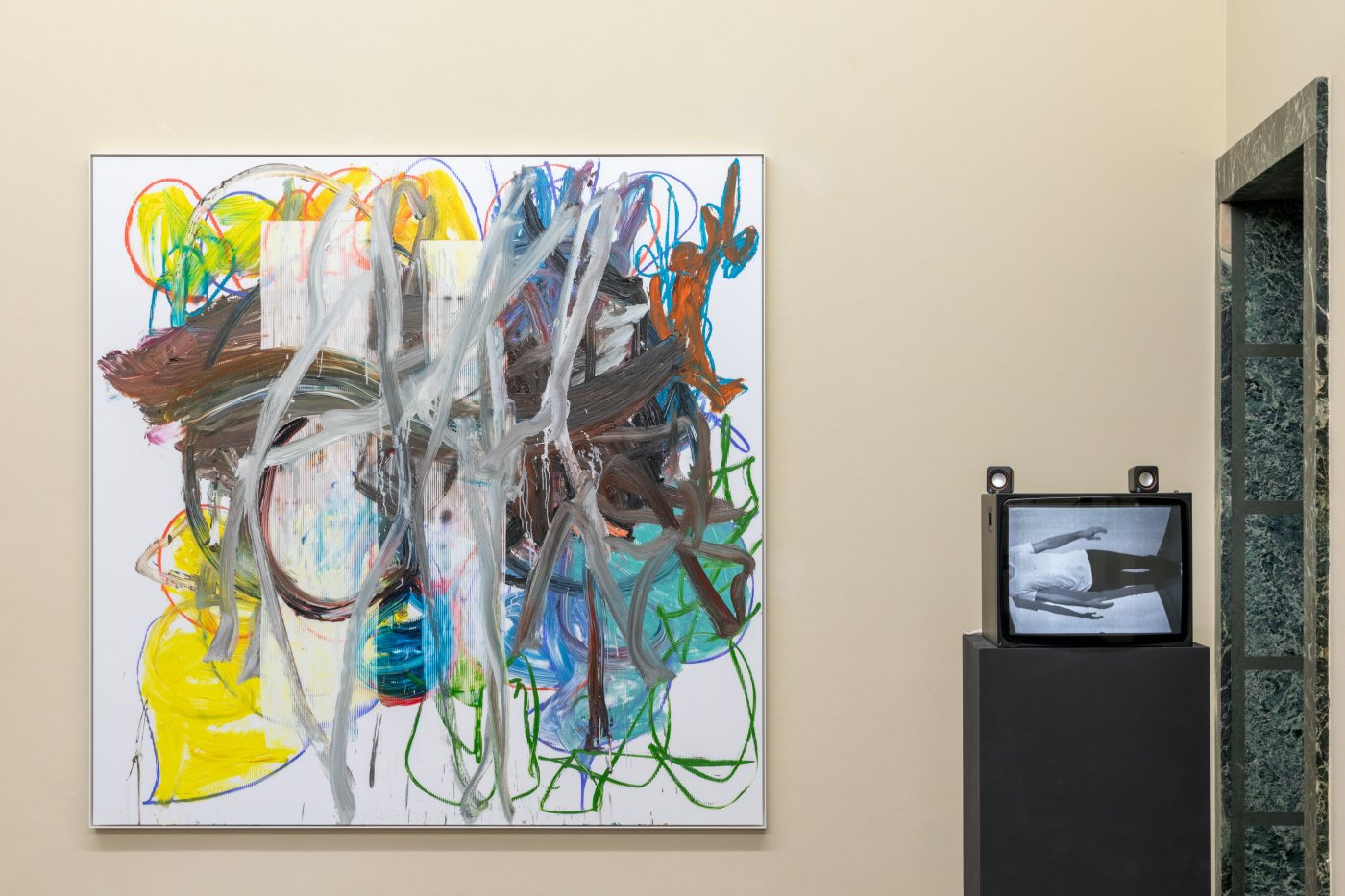 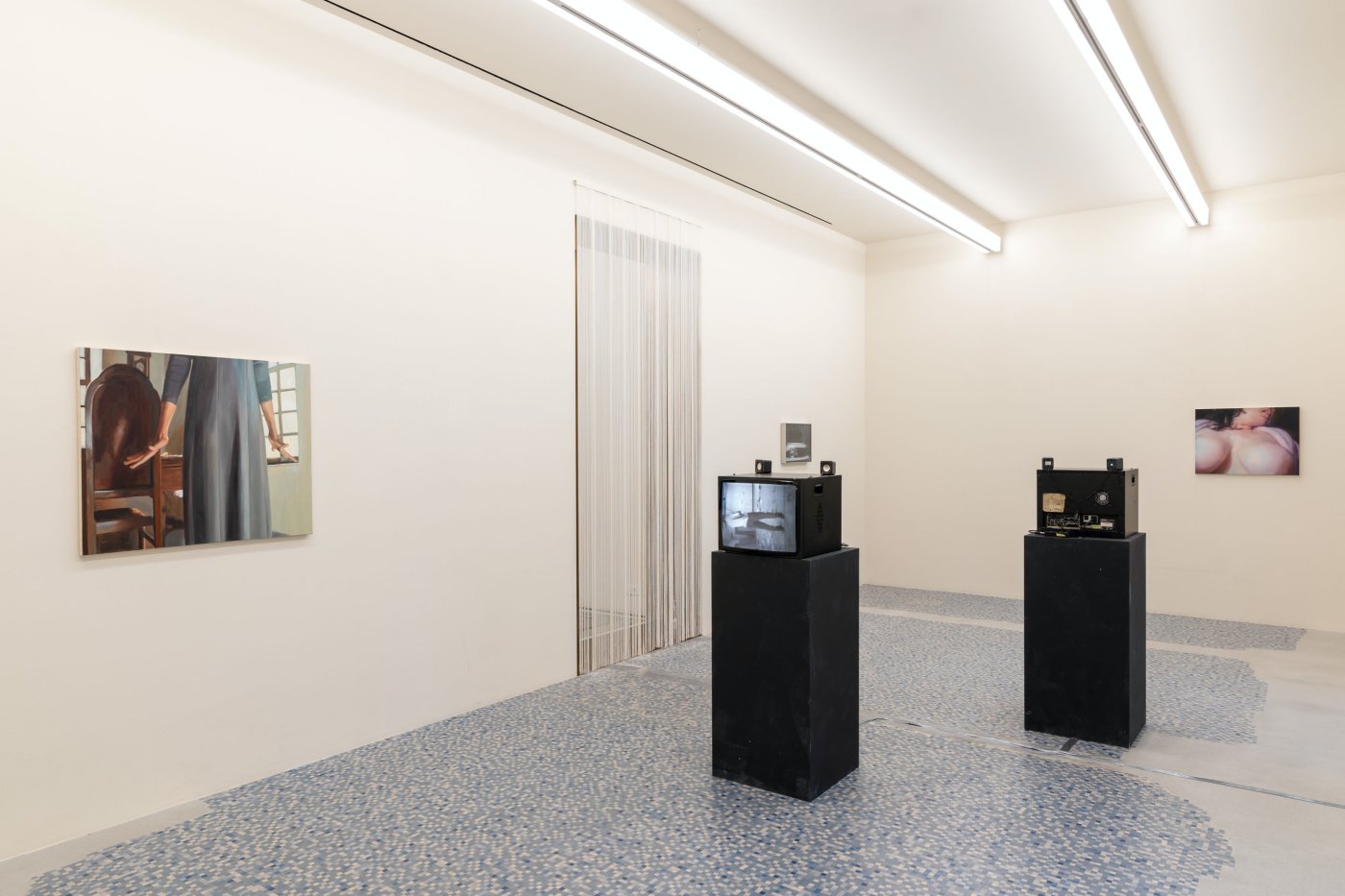 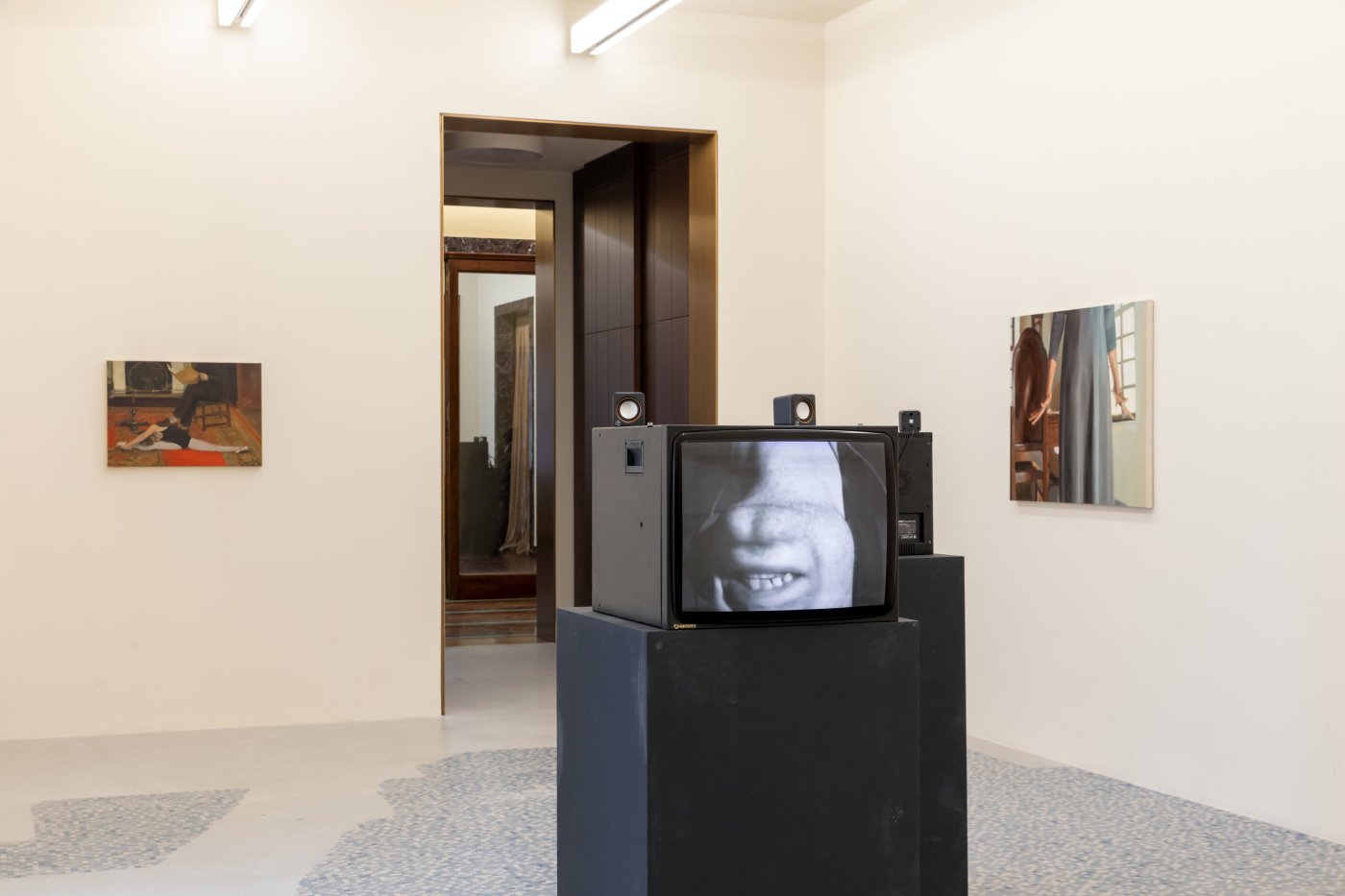 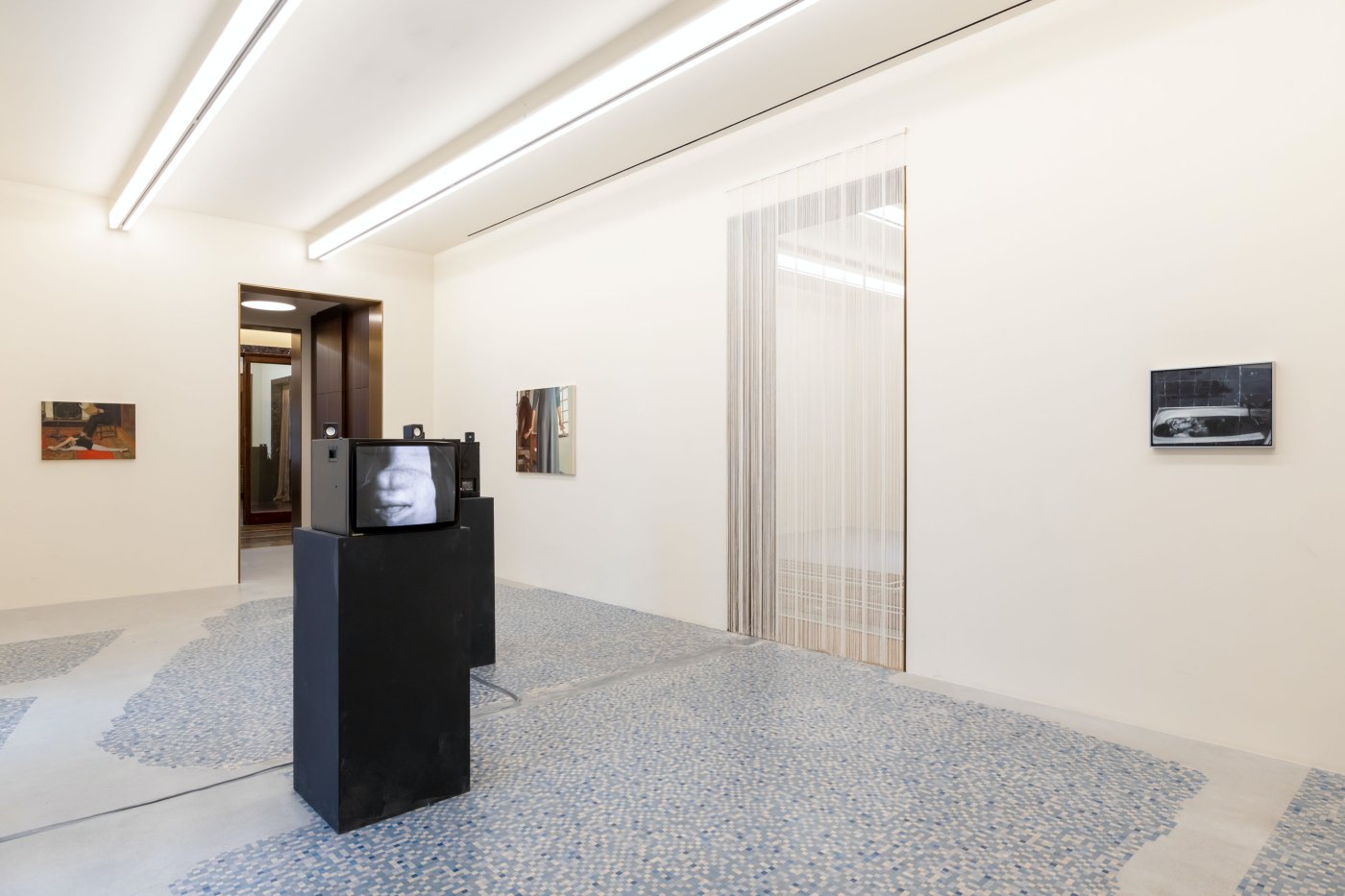 The juxtaposition of these various positions from different places and contexts enables to understand the shared impulses and artistic visions based on the use of body as an influence and instrument for painting, sculpture and performance art, as well as the role of body as an object of analysis and a tool to understand structures of power and social relationships.

Bodywork: Discomfort and Existence maps the current existential discomfort, looking at spaces that bodies occupy. This past year, our ways of seeing ourselves, our lifestyles and ideas have profoundly changed. This exhibition starts with the actual discomfort of our body related to the present living, intimately and within society. The body is therefore subject: body meant as the element that helps us in setting a relation with the surrounding context, and the body that is living its own time by itself. The complexity of the exhibition, with its multifaceted identity, poses a set of questions, rather than trying to give answers.

The centrality of video and dance within the exhibition brings the attention back to the ephemeral, mortality, and the intermixing of cultural disciplines. In the 1960s, artists rejected established limits in all artistic disciplines in search for unmediated experience. Theatre, visual art, painting and sculpture were dismissed by artists working with body in time and space. Using his physical body to explore limits of everyday conditions, Bruce Nauman explored video as a theatrical stage and a surveillance device. In Wall/Floor Positions (1968), Nauman uses his body to explore the space of the room, turning it into a sort of yardstick to investigate and measure the dimensions of the space.

Similarly, Pina Bausch explores limits of materiality and bodies by unbuilding corporal stereotypes. Within the extract from Un jour Pina a demandé, directed by Chantal Akerman in 1983, dancers repeatedly connect irreconcilable dimensions and dismantle corporal stereotypes, traditional structures and gender roles. With her Tanztheater, the German choreographer generated new ways to think space, time and movement, with a hybrid language that deal with psychological trauma and social interactions.

The events of the body are at the core of the work of the other artists on display, arranged according to their diverse sensibilities and ideas. Somatic is Aaron Garber-Maikovska’s preferred descriptor in this instance, with Garber-Maikovska’s oeuvre situated in an interstice between movement, dance, language, painting and performance; it is ultimately the body that his art relates back to. By using his own body as a site of investigation, his works can be conceived as a means of documentation for muscle memory. ‘Body and stain are always in my work’ states Kaari Upson, whose two busts on show are ambiguous portraits of the women that defines Upson’s world, that often refers to her matriarchal lineage as a main source of inspiration. Each of these faces is cast, enlarged, and thickly painted, and pressed so that the paint smudges and melds. A central theme in Johannes Kahrs work is the representation of human body. In Untitled (pink nude) (2013), for example, the corporality is sectioned with fetishist care, and the fragmentation of the body challenges our ability to observe, questioning reality by revealing its physicality, perturbation and its violent sensuality.

Shannon Cartier Lucy, Jordan Casteel and Kathleen Ryan explore the concept of body through different media and styles. Ryan’s sculptures are rich in physicality, made by several found objects made spectacular, often in contrast with the subjects they represent: a candid and light lemon is rendered with heavy stones, marble and rocks, among others materials, becoming a dynamic allegory for decadence and the cycle of life. Through their paintings, Cartier Lucy and Casteel express the different ways of living socially: the clear and melancholic domestic reality of Cartier Lucy contrasts with the larger than life portraits by Casteel, who roots her practice in community engagement. The feeling of solitude and nostalgia that characterises Cartier Lucy’s work also emerges in the work by Sayre Gomez, whose trompe-l’oeil closed door becomes a metaphor of distance and immobility in contrast to the extremely touchable.

Finally, the dark composition of each work by Carol Rama presents disturbed representations of the human body and unleash a frenetic energy. By liberating them from cultural norms and preconceptions, the distorted bodies compel to reconsider the beauty of the male and female forms.

Pina Bausch was born in Solingen, Germany, in 1940, and died in Wuppertal, Germany, in 2009. She studied at the Folkwang School, Essen, under Kurt Jooss. Starting from 1973, Pina Bausch was director of the Tanztheater
Wuppertal for over 35 years. During this time, she made over 40 productions, many of which have travelled throughout the world, providing to the company international recognition. Awarded some of the greatest prizes world-wide, Pina Bausch is one of the all-time most important choreographers, who shaped contemporary dance and theatre development.

Sayre Gomez was born in Chicago in 1982. He lives and works in Los Angeles. He recently has exhibited at François Ghebaly, Los Angeles (2019); Galerie Nagel/Draxler, Berlin (2018); Galerie Rodolphe Janssen, Brussels (2016). He has participated in group exhibitions at institutions such as MAKI Collection, Tokyo (2020); Yuz Museum, Shanghai (2019); Arsenal Contemporary, Montreal (2019); Museum of Contamporary Art Detroit, Detroit (2017). His work is held in the permanent collections of the Hammer Museum, Los Angeles; Arsenal Contemporary, Montreal; and the Rubell Family Collection, Miami.

Bruce Nauman was born in 1941 in Fort Wayne, Indiana. He currently lives and works in Galisteo, New Mexico. His first solo show dates back to 1966 at Nicolas Wilder Gallery in Los Angeles. In 1999 he received the Golden Lion as best artist at the Venice Biennale. In 2009 he represented the United States at 53rd Venice Biennale and won the prize for best national participation. Recent exhibitions dedicated to his work include those at: Copenhagen Contemporary (2016); Fondation Cartier pour l’art contemporain, Paris (2015); ICA, London (2012); MoMA, New York (2010).

Carol Rama was born in 1918 in Turin, Italy, where she died in 2015. She began her artistic production in the mid-1930s. In 2003, she was awarded the Golden Lion for Lifetime Achievement at 50th Venice Biennale. Recent exhibitions dedicated to her work include those at: Palazzo Ducale, Genoa (2008); Ulmer Museum, Ulm (2004–05); Fondazione Sandretto Re Rebaudengo, Turin; MART, Rovereto (2004). A retrospective on her work was held at Museu d’Art Contemporani de Barcelona; Musée d’art moderne de la Ville de Paris; Espoo Museum of Modern Art, Finland; Irish Museum of Modern Art, Dublin; Galleria Civica d’Arte Moderna e Contemporanea, Turin (2014-2016).