Our own body could be considered, from a topographical point-of-view, a land with mounds and valleys and caves and holes. So it seems rather evident to me that our own body is a figuration that appears in mother earth…Well, just picture a female dog, or a cow; you put her on her back and you have a very interesting, moving, live and flexible landscape. Everything comes back to that. — Louise Bourgeois 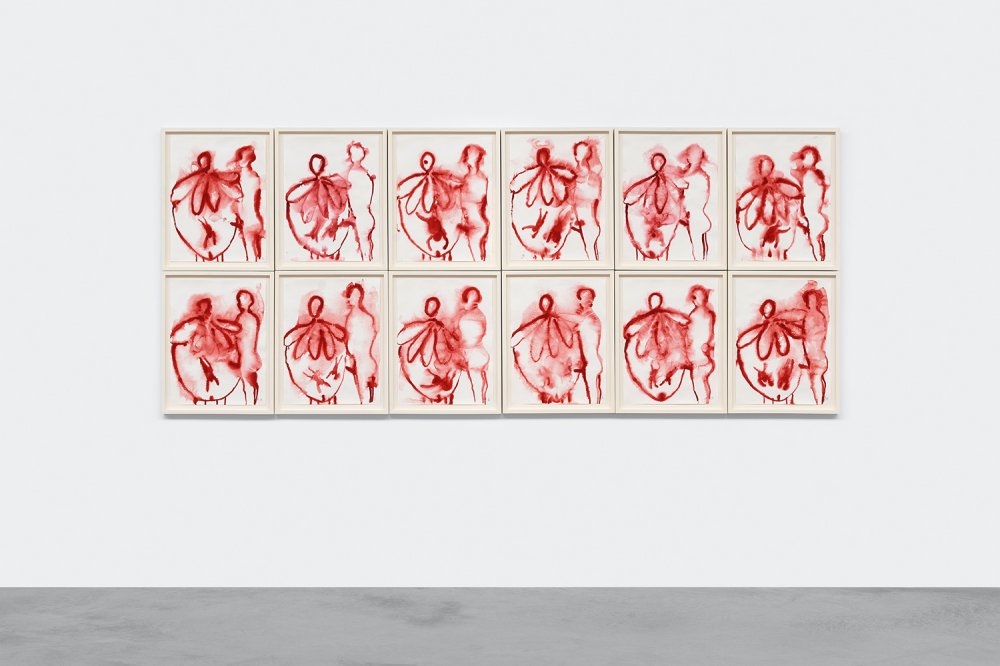 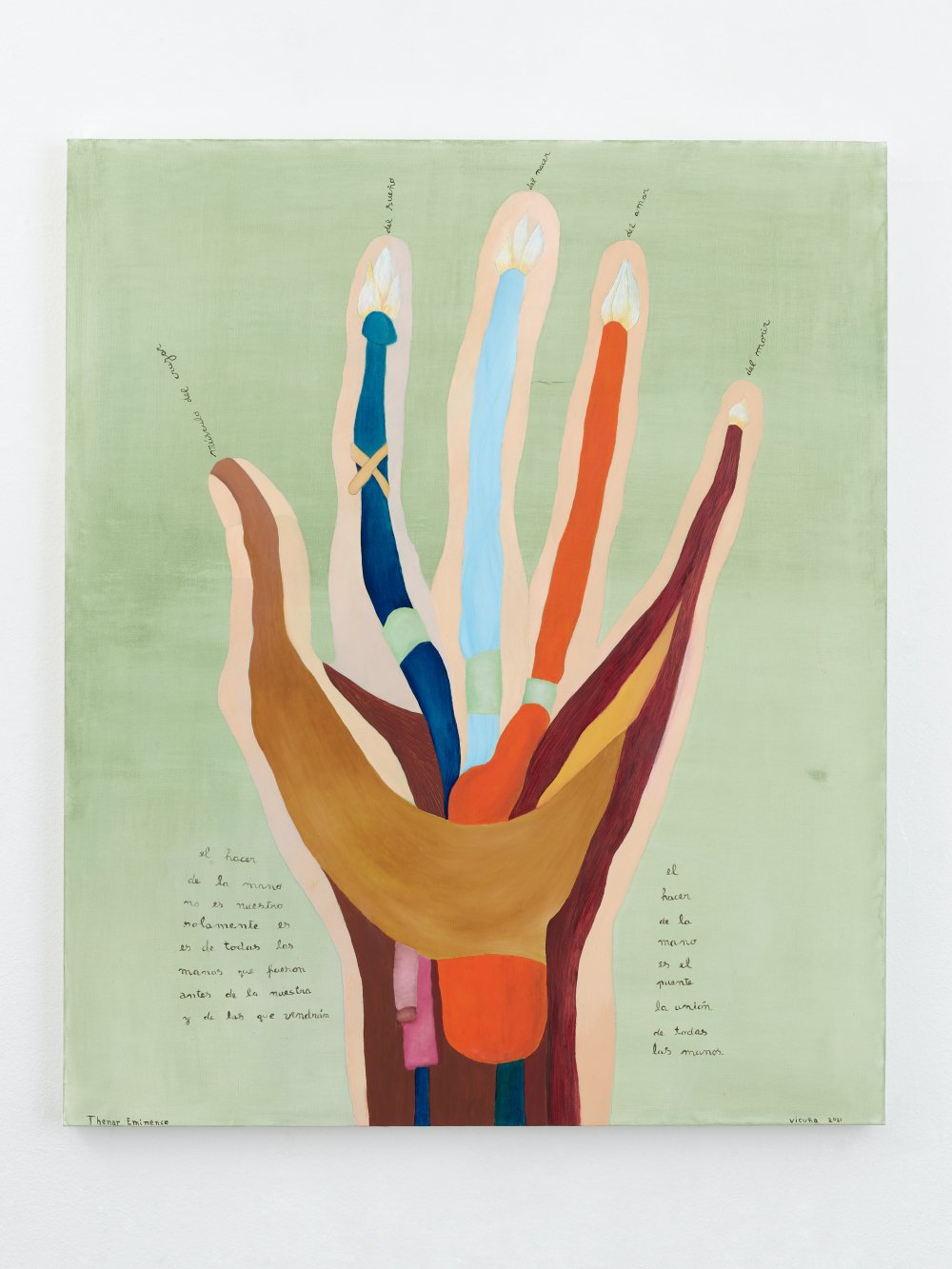 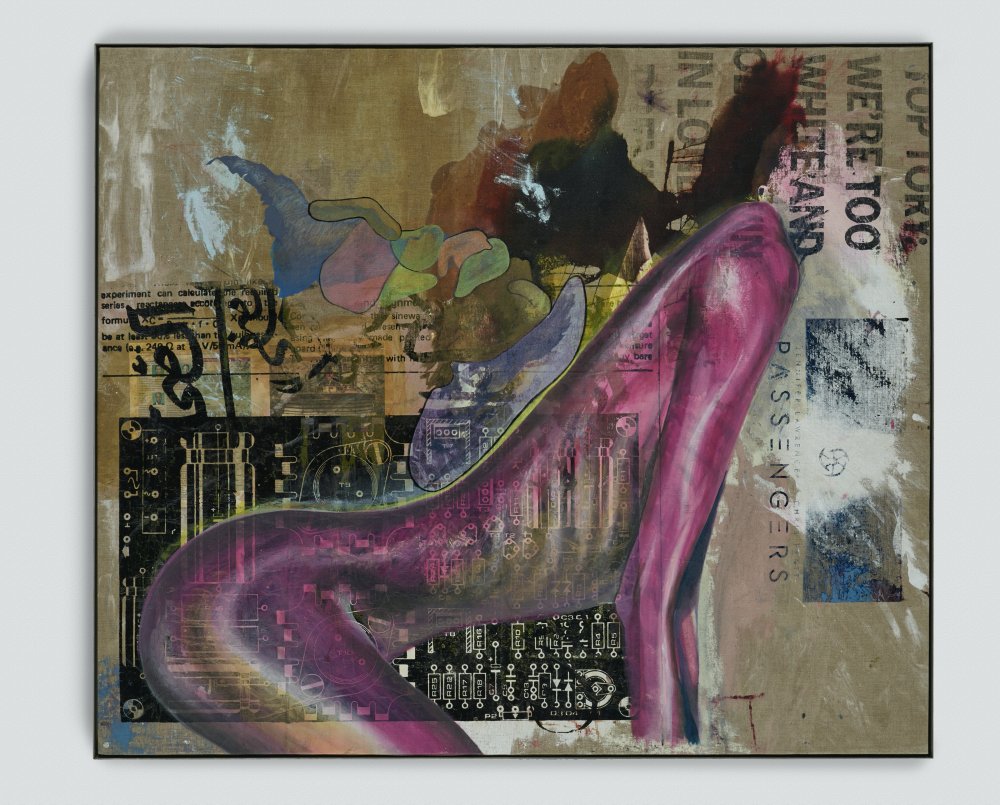 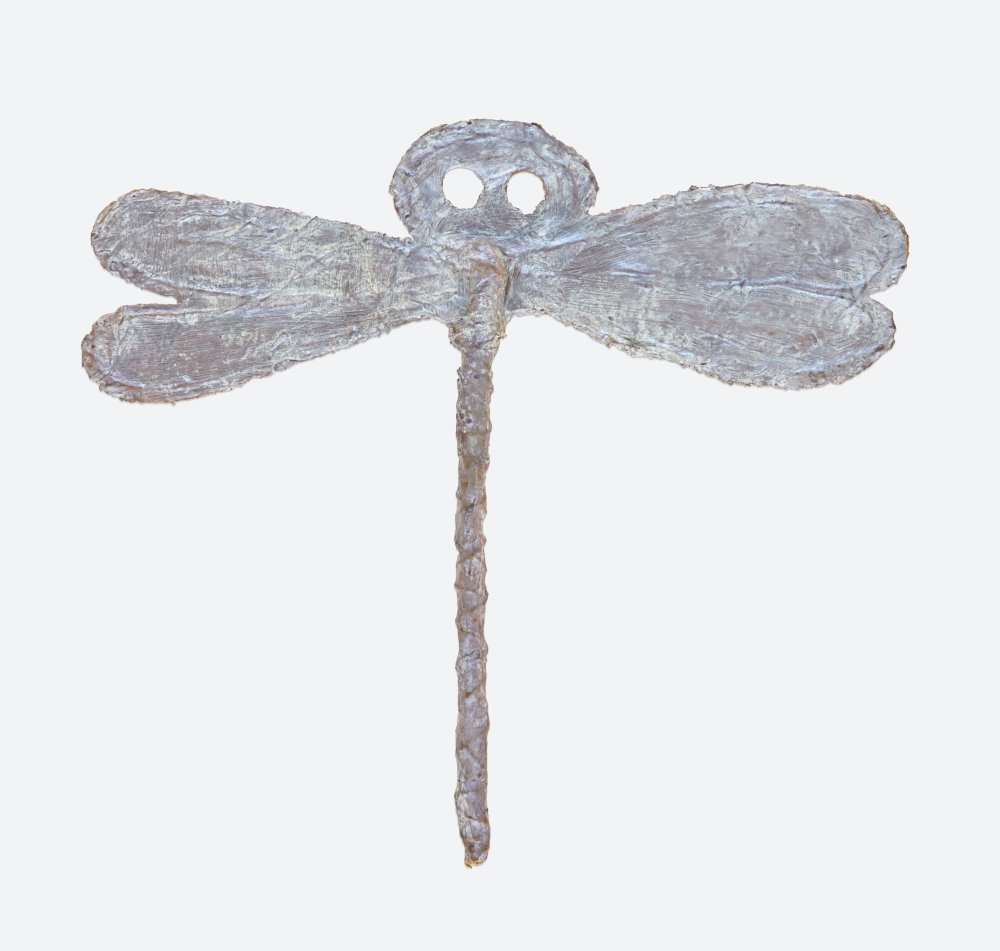 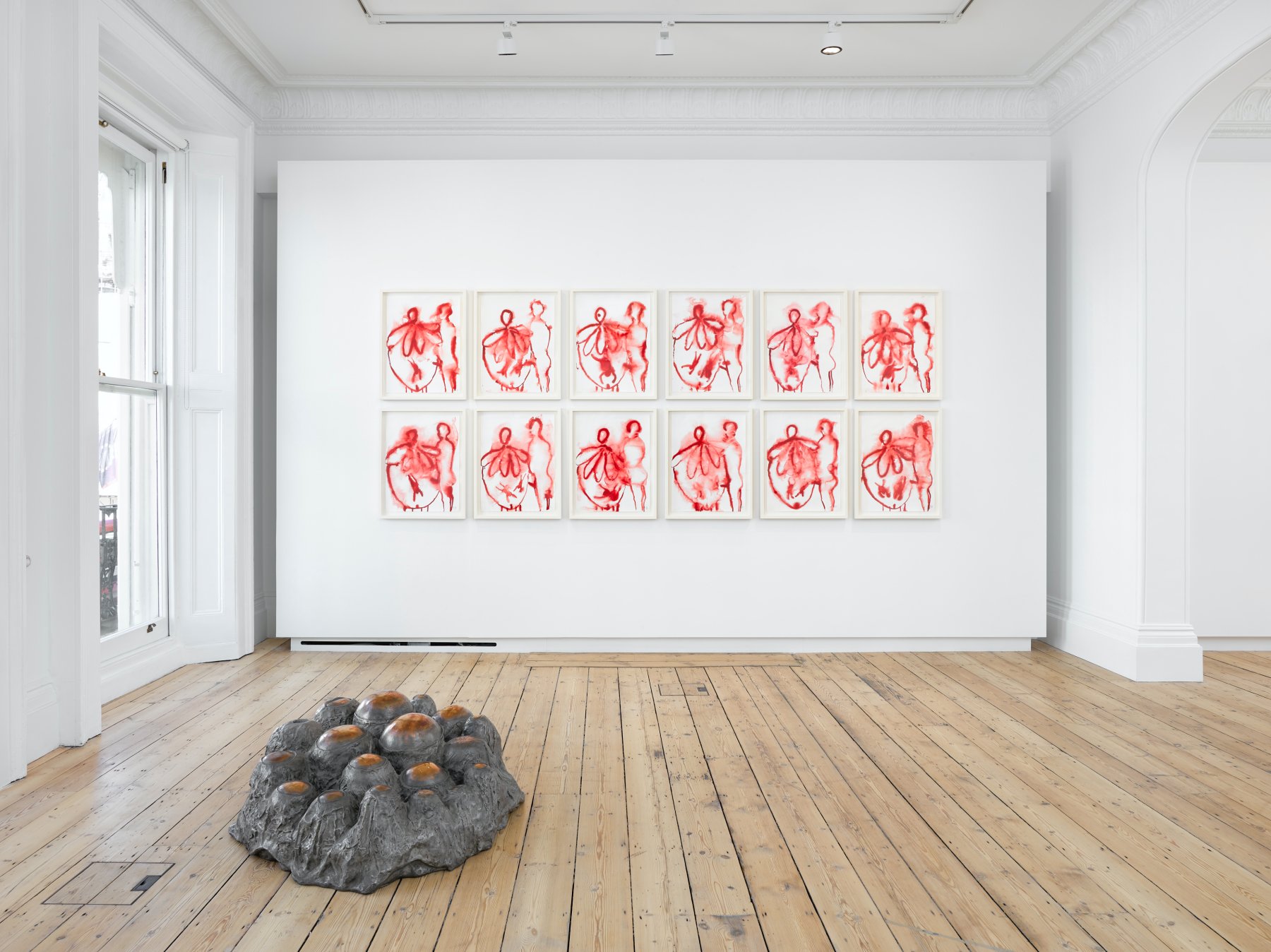 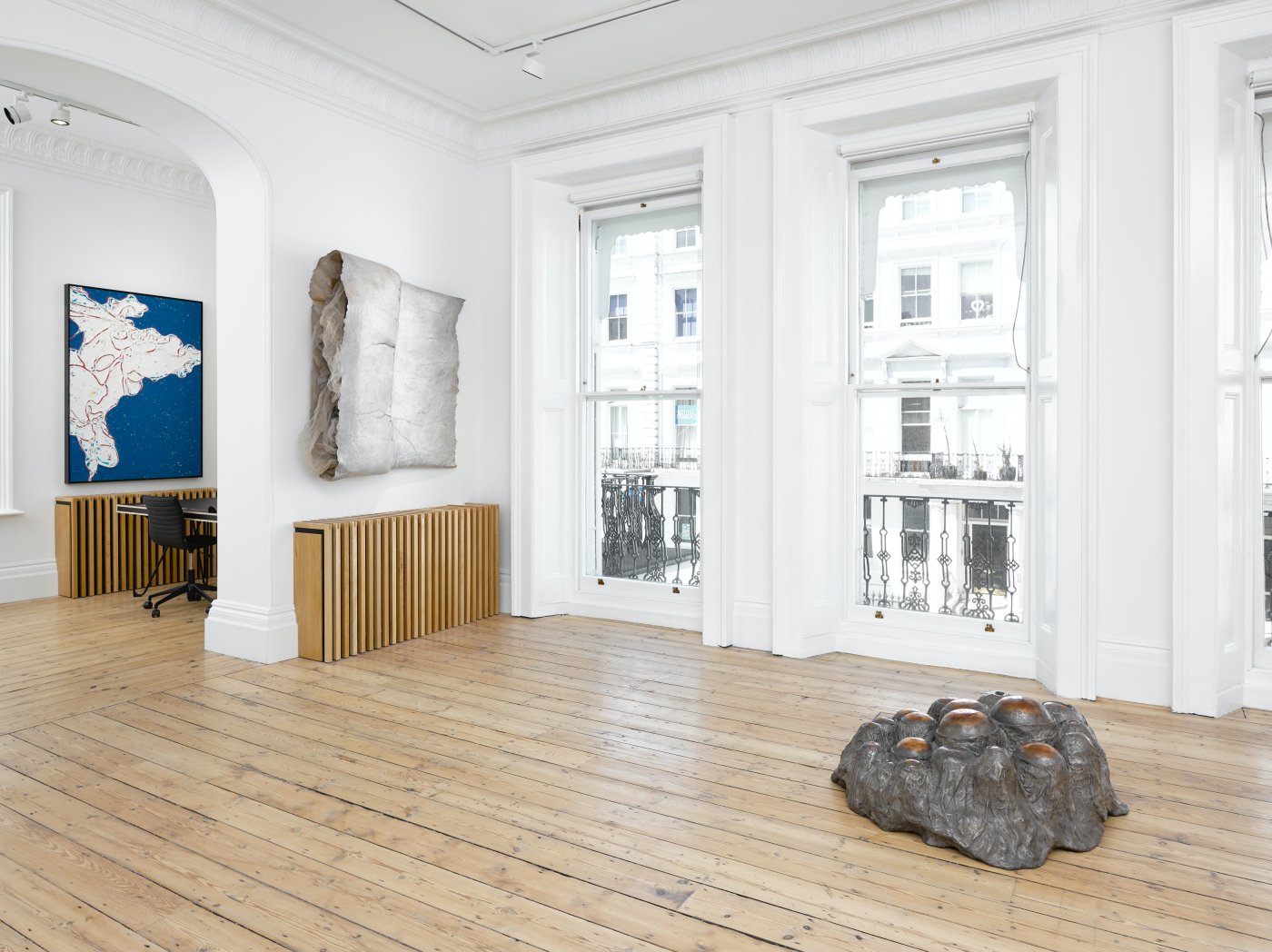 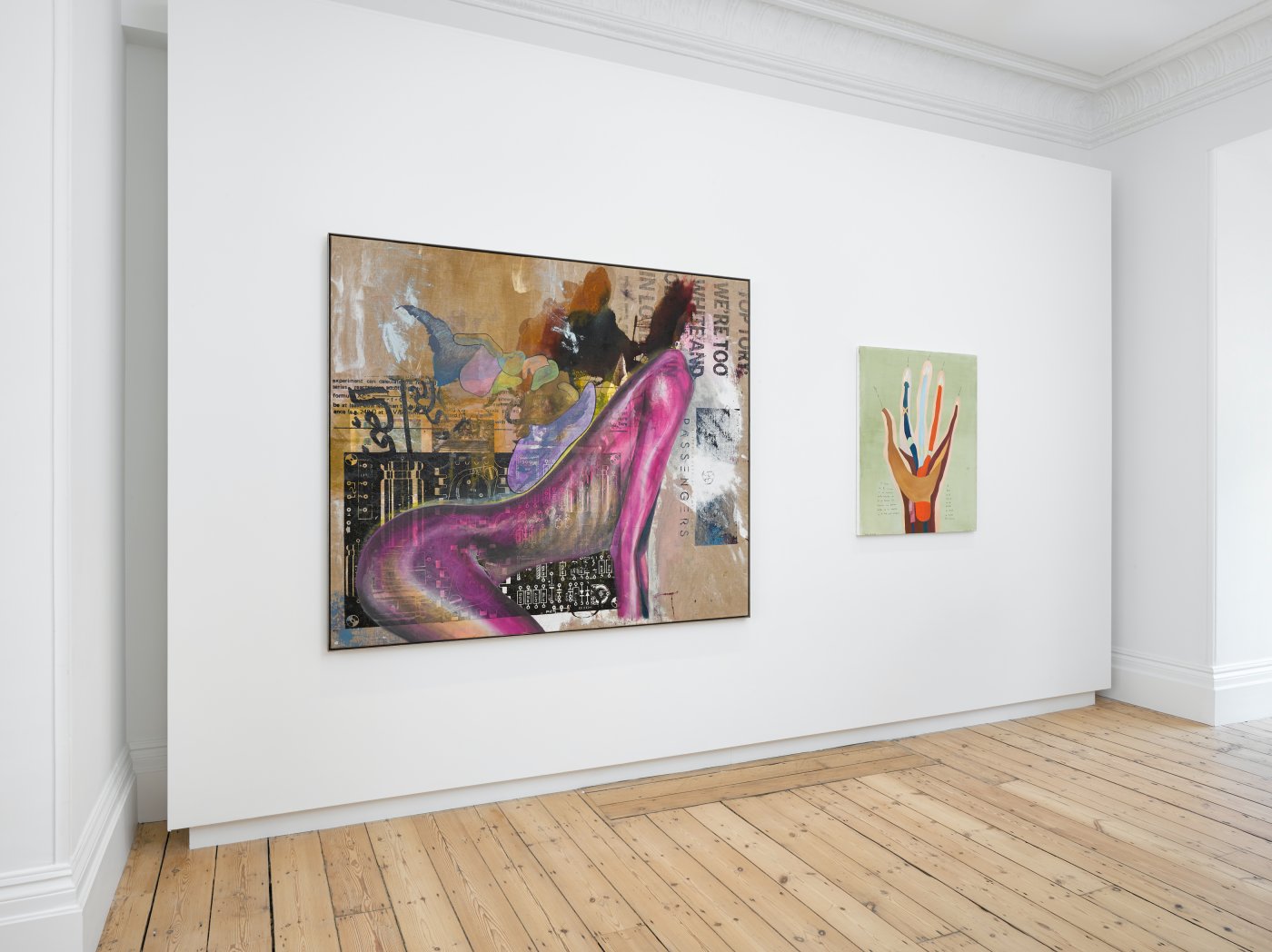 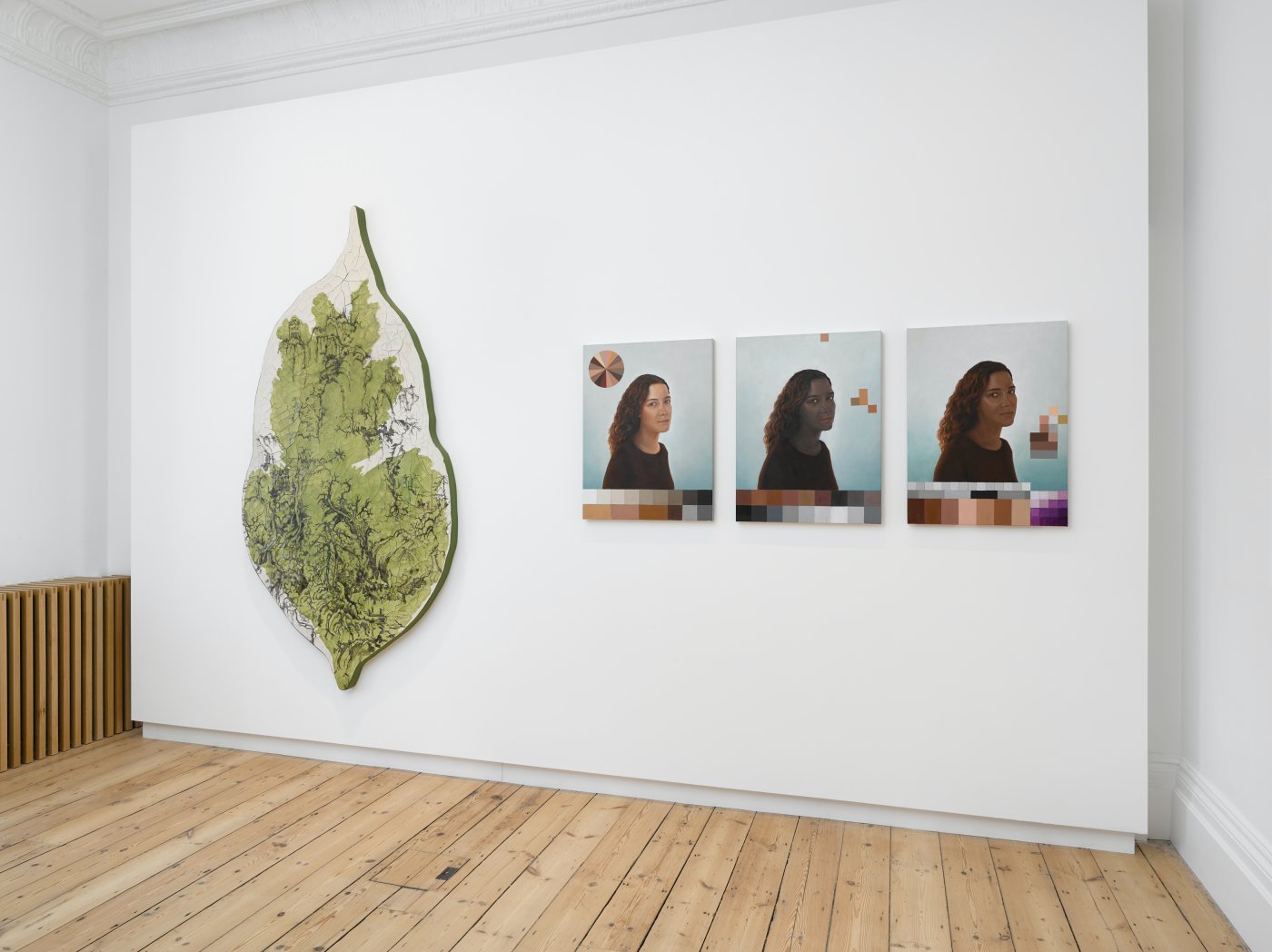 Spanning multiple generations and continents, Body Topographies presents work by Louise Bourgeois (1911–2010, Paris, France), Heidi Bucher (1926–1993, Winterthur, Switzerland), Mandy El-Sayegh (b. 1985, Malaysia), Adriana Varejão (b. 1964, Rio de Janeiro, Brazil), and Cecilia Vicuña (b. 1948, Santiago, Chile). Each artist engages with the body, rendering it in ways that are abstract, conceptual, political, and at times surreal. While the works in this exhibition are deeply concerned with expansive formal, material, and spatial considerations, they also explicitly examine the social, political, and psychological underpinnings that inform narrative compositions.

Featuring sculptures, works on paper, and paintings, Body Topographies presents varied depictions of the body that engage complex themes including colonialism, anthropology, personal and shared history, sexuality, pain, familial relationships, and identity. While Varejão and Vicuña create conceptual self-portraits that examine race, historical trauma, and the deterioration of the body, Bourgeois and El-Sayegh visualize sexuality and desire as a framework for examining the cultural, societal, and familial complexities of human relationships. Bucher’s work evokes an absent body through both the physical process of making her latex and mother of pearl works, and her fascination with transformation and metamorphosis, articulated through her repeated use of the dragonfly motif and in her wearable sculptures, the Body Shells series.

Varejão’s Polvo Portraits I (Seascape Series) (2014) is a triptych that depicts identical portraits of the artist with three varied skin tones inspired by the 136 idiosyncratic results of the 1976 Brazilian racial census that asked citizens to describe their skin color. A continuation of the artist’s exploration of the social and historical function of race in Brazil, Varejão transformed the most linguistically poetic self-identifications―Sapecada (Flirting with Freckles), Burro quando Foge (Faded Fawn), and Queimada de Sol (Sun Kissed)―into paint colors that were then used to create the series. In Thenar Eminence (2021), Vicuña employs portraiture through a focus on the hand, the tool of creation and extension of the artist’s voice. Here, Vicuña depicts a cross-section diagram of a hand, illustrating its muscles and tendons. The soft fleshy area at the base of the thumb, to which the title refers, controls the movement of that joint and is the location of chronic pain for the artist. Thenar Eminence thus becomes a portrait of the cycle of life, specifically aging and coming to terms with the limitations of one’s physical abilities as they butt up against creative and mental acuity.

In The Family (2007), Bourgeois depicts the female form as a minimalist fertility symbol with multiple breasts hanging from her neck, lying atop her pregnant belly. A man stands facing her, penis erect, adding an element of desire to the work. The graphic, raw application of the blood red paint reveals the pain, struggle, and issues of identity engendered by familial relationships. El-Sayegh’s Passengers (2018) engages sexuality through the depiction of a bright purple female nude bent over in a seductive position. The figure is transparent, revealing layers of images―mechanical diagrams, a movie advertisement, news headlines, and a silkscreen of the artist’s father’s calligraphy. Here, the body operates as the first point of contact, the signifier for shared cultural trauma, linguistic entropy, and the endless mutability of meaning that lies beneath its transparent exterior.

Bucher’s Libellenobjekt (from the Dragonfly series) (1976-1983) is a sculptural latex work shaped like a dragonfly. The Libellen (dragonfly) was a significant symbol in Bucher’s practice between 1976 and 1983 that embodied the ideas of transformation and renewal through its lifecycle involving shedding skin and metamorphosis. Also included in Body Topographies is Bucher’s Untitled iridescent soft sculpture, Zurich, (1974), part of a series of soft sculptures created in Los Angeles during the mid-1970s in collaboration with her then-husband, Carl Bucher. These wearable foam sculptures were meant to cover the body completely, creating architectural structures capable of moving through space when the shells were activated. This series exemplified Bucher’s decades-long examination of the relationship between the body, clothing, and architectural space. Each work in Body Topographies functions as a historical marker of sorts, considering personal and shared history, biology, culture, and politics by exploring the physical boundaries between the body and its surroundings through an acutely female lens. By highlighting the work of these five women, the exhibition illustrates how contemporary practices emerge not only from formal conventions, but also from empirical conditions unique to each artist and the context within which they work.