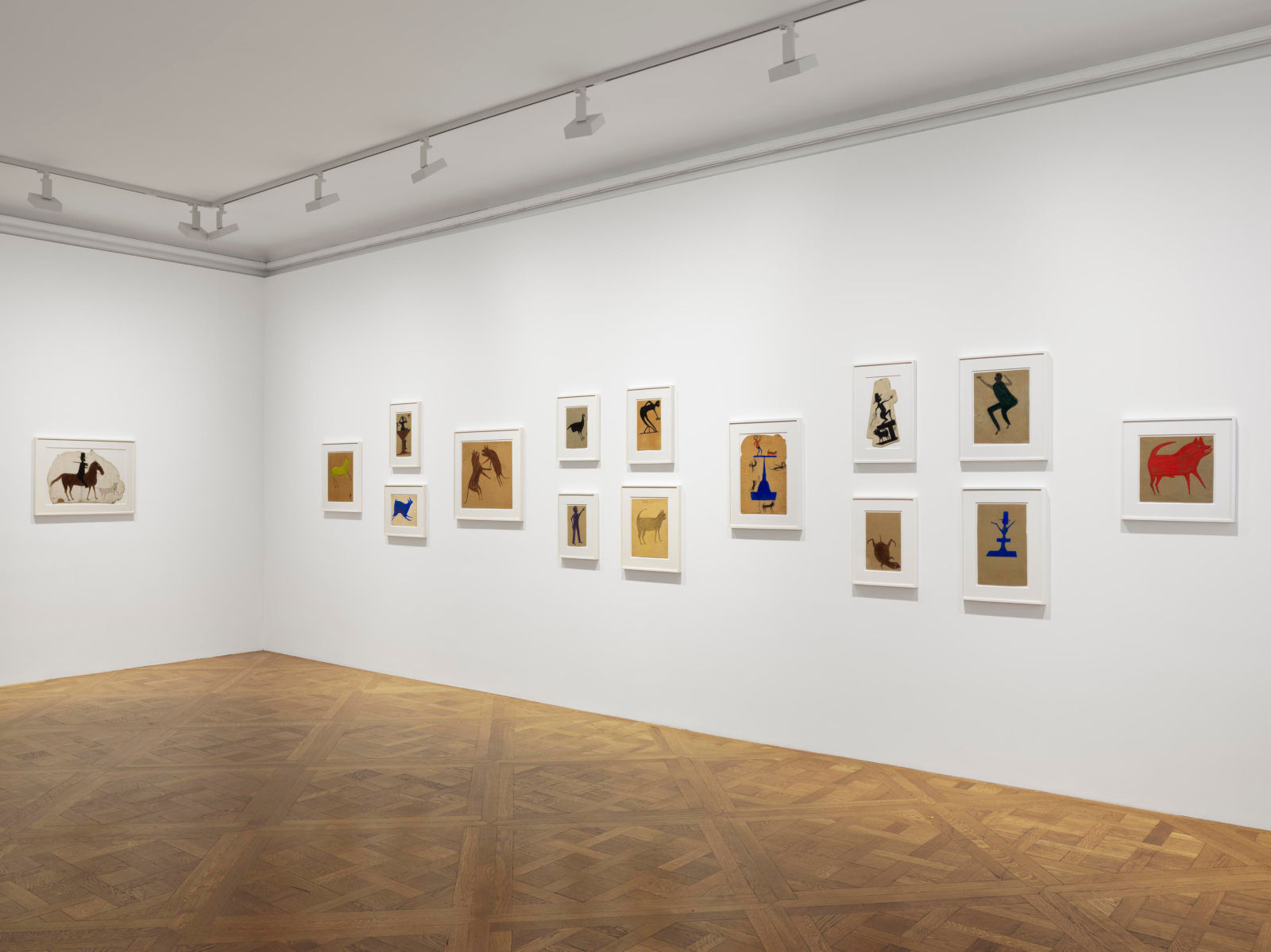 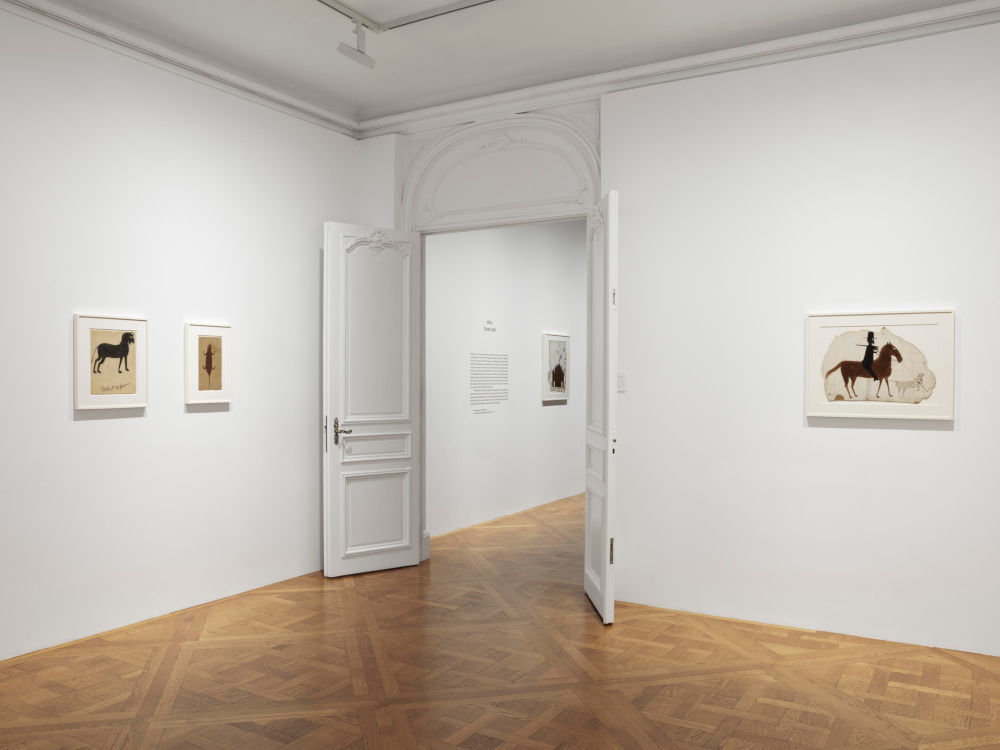 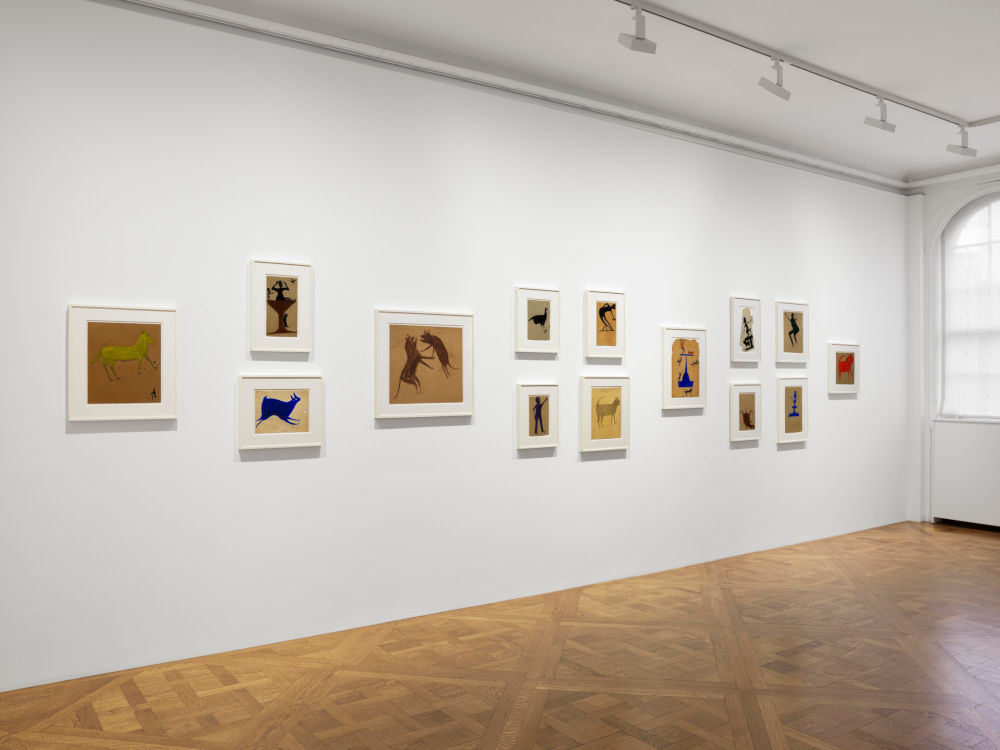 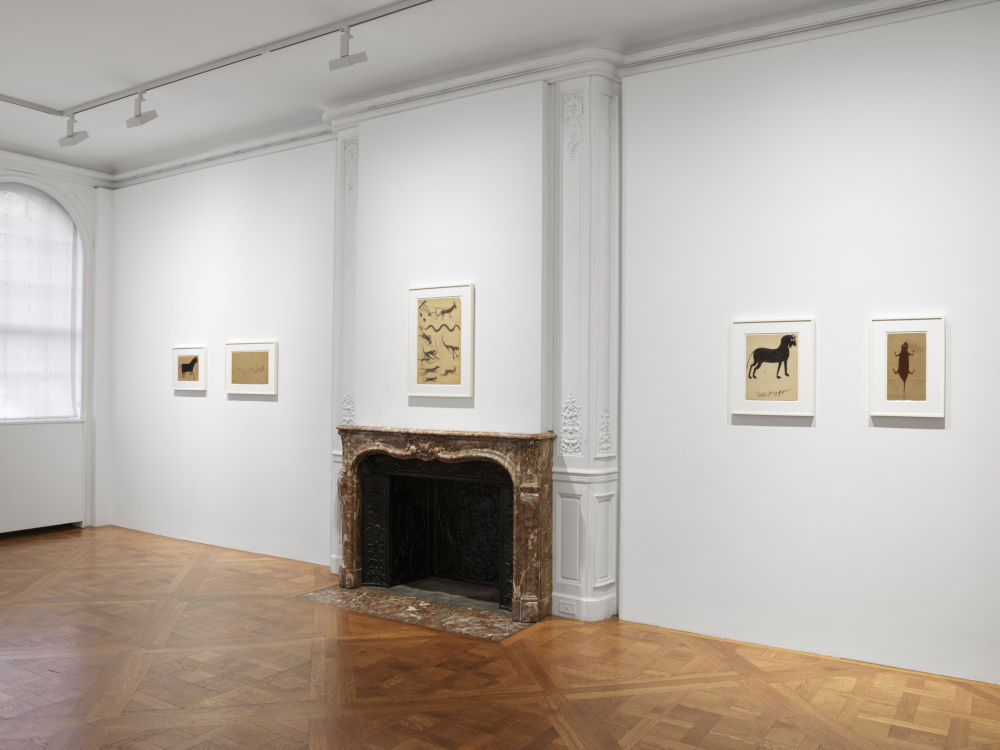 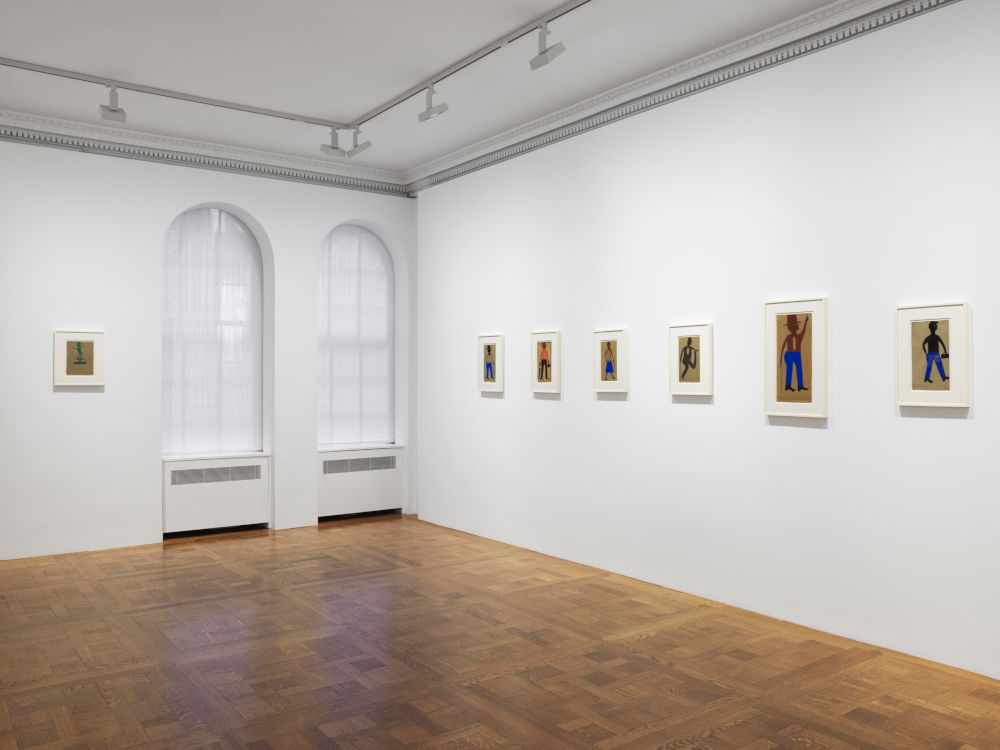 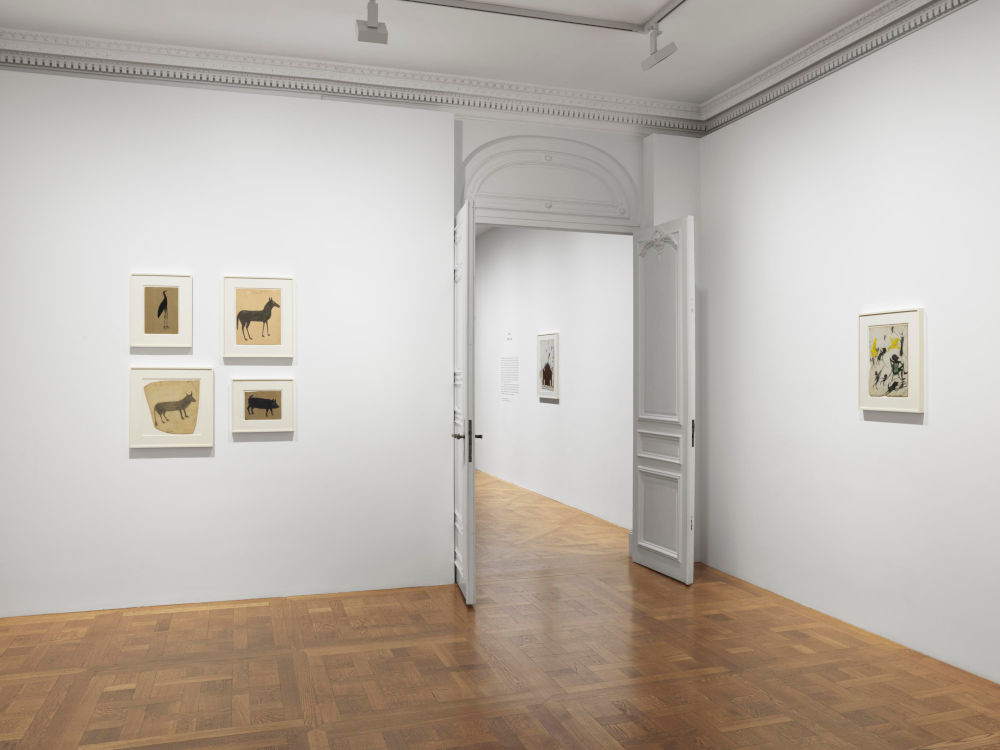 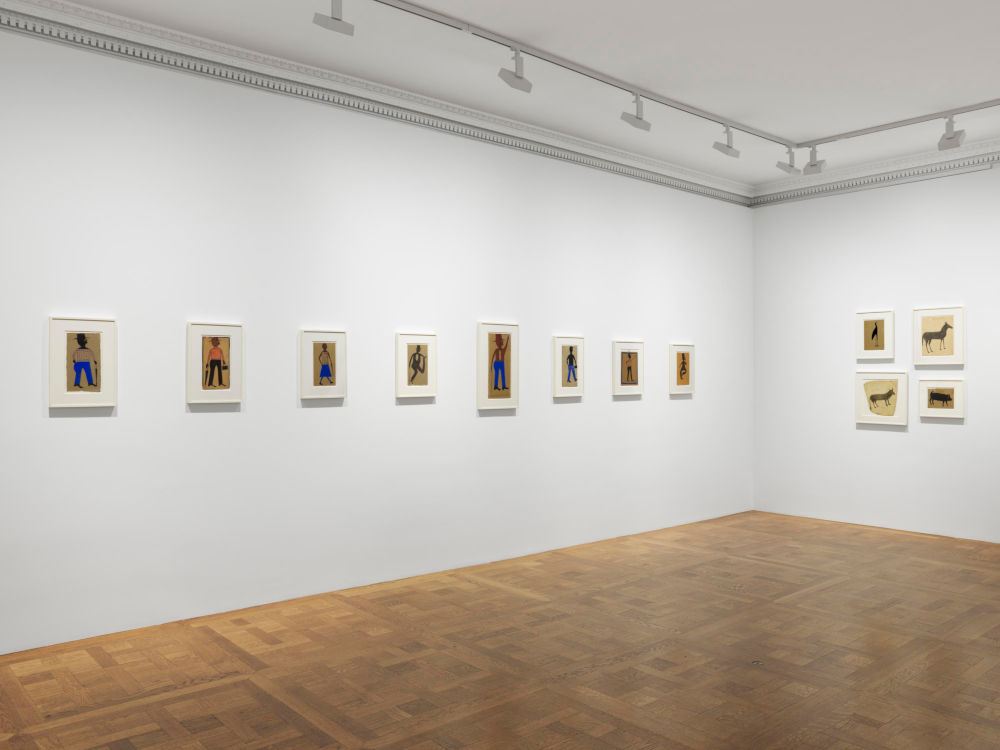 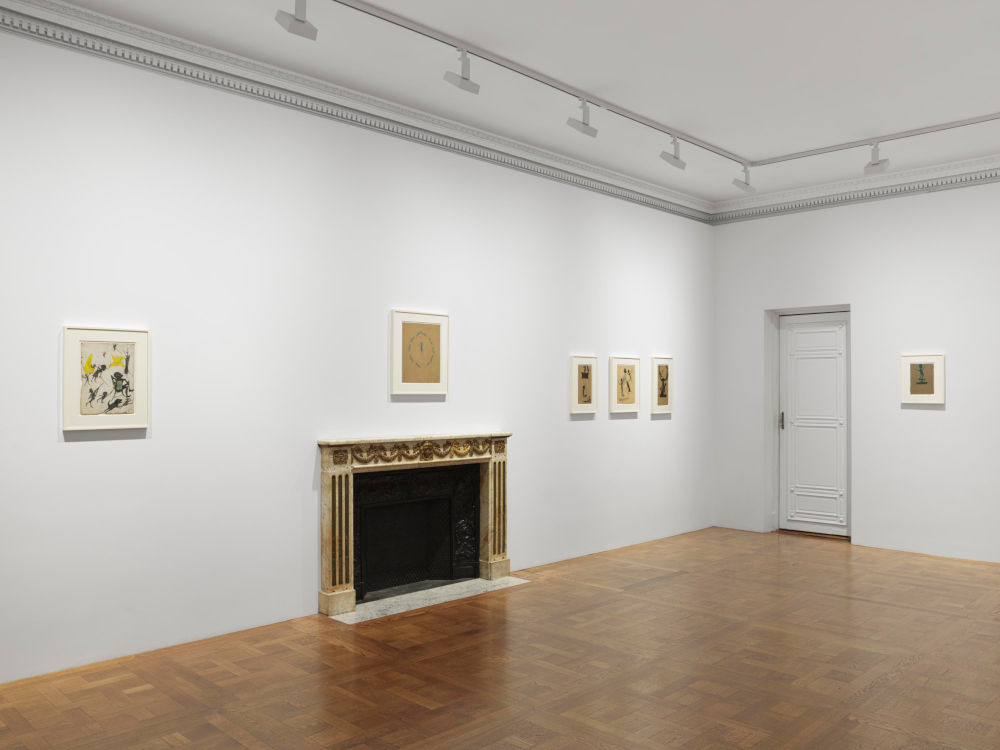 Organized in collaboration with the Foundation, the exhibition offers a comprehensive look at the self-taught artist’s distinctive imagery, which mixes subjects and iconography from the American South with a strong formalistic treatment of color, shape, and surface. As part of the Foundation’s broader philanthropic mission, proceeds from the sales of its artworks will benefit the Harlem Children’s Zone as well as the Foundation itself.

Born into slavery, Traylor spent much of his life after the 1863 Emancipation Proclamation working as a farm laborer in rural Alabama, and, later, as a shoemaker and factory worker in Montgomery. In 1939, at approximately the age of 85, having never previously trained or studied art in any formal way, Traylor began making drawings and works on paper using gouache and other media. Though he continued to make art for the remainder of his life, Traylor was most prolific between 1939 and 1942, creating a body of work that offers a unique and rich registry of his life, experience, and insights. As Kerry James Marshall writes, “By any measure the twelve hundred or so drawings that are the total known output of Bill Traylor’s brilliant but meteoric artistic moment is unprecedented.” Elaborating further, he notes, “I happen to agree with the late philosopher art historian Ernst Gombrich, that ‘great art is rare … but that where we find it we confront a wealth and mastery of resources’ that are transcendent. It would not be a stretch to say that Traylor had mastered his resources, and that the work he made transcended the limitations of his illiteracy.”(1)

On view is a range of works depicting horses, rabbits, street figures, and dancers, among other subjects, rendered in pencil and black charcoal, as well as in poster paints that range in color from burnt sienna reds to rich lapis blues. The works testify to Traylor’s ability to abstract and distill the world as he experienced it into evocative displays of daily life that are at times filled with joy and exuberance and at others with tension and terror, visually enlivening an era defined by Jim Crow and post-Reconstruction racial violence and inequality. As curator Leslie Umberger says, “[Traylor’s] images are steeped in a life of folkways: storytelling, singing, local healing, and survival. They look freedom in the eye but don’t fail to note the treacherous road African Americans had to travel along the way. Traylor’s pencil drawings evidence a learning process that spanned rudimentary mark-making and a sophisticated reduction of form, color, and gesture. They show the artist’s attentive observation and incisive ability to convey mood and action. Determined to shape a visual language for and by himself, Traylor became a master of freeze-frame animation and condensed complexity.”(2)

Established in 2013, the William Louis-Dreyfus Foundation is dedicated to the mission of educating the public about the importance of art and increasing public awareness of self-taught and emerging artists. The Foundation is composed of the art collection of its eponymous benefactor, the late William Louis-Dreyfus, who spent fifty years assembling the more than 3,500 pieces. The collection contains a significant number of works by Traylor, whom Louis-Dreyfus considered a remarkable and distinctive talent. “The subjects of [Traylor’s] drawings illustrate his life just as the manner of his pencil stroke reflects his untaught circumstances,” he wrote in an essay. “His drawings show an unerring ability to invent complex and harmonious compositions and to make brilliant use of negative space.”(3)

In 2015, the Foundation announced its intention to donate proceeds to the Harlem Children’s Zone when it sells works from its collection. As stated by Jeffrey R. Gilman, president of the William Louis-Dreyfus Foundation, “We are delighted to be collaborating with David Zwirner, one of the world’s leading art galleries, to help realize William’s dual goals for the Foundation, namely, introducing artists such as Traylor, whom he considered a modern American master, to a larger audience, and supporting the Harlem Children’s Zone, whose work he cared about so deeply.

The Harlem Children’s Zone is a pioneering nonprofit that has created a cradle-to-college-to-career network of programs designed to tackle all the problems that keep children from achieving self-sufficiency and the American dream. It provides 14,000 children with academic, personal, and career support, so that today’s newborns can become tomorrow’s college graduates. It also works to strengthen the families and neighborhoods around those children to change the odds for the entire community of Harlem for good. With a generation of proof that its comprehensive approach works, HCZ has become a model for other low-income communities and is transforming the way we fight poverty throughout America.

Bill Traylor was born around 1853 on a plantation in rural Alabama. In the late 1920s, after seventy years of plantation and farm life, he moved, on his own, to Montgomery. Roughly 1,200 works of Traylor’s are extant, many of which came from Charles Shannon, a prominent white Montgomery artist, who met Traylor in 1939 and began to collect and save his work.

During the last decade of his life, Traylor’s art was featured in a handful of exhibitions in Montgomery and other locations, but it was not until the late 1970s that he began to achieve widespread recognition. Thirty-six of his works were included in Black Folk Art in America 1930–1980, a traveling exhibition that debuted in 1982 at the Corcoran Gallery of Art, Washington, DC, and traveled to seven additional venues, concluding in 1984. Since then his art has been featured in solo exhibitions and in significant thematic group shows at prominent museums including the Montgomery Museum of Fine Arts (1982 and 1994–1995); High Museum of Art, Atlanta (1983 and 2012); Randolph Gallery of the Chicago Public Library Cultural Center (1988); Ginza Art Space, Tokyo, and the Collection de l’Art Brut, Lausanne, Switzerland (1991–1992); Kunstsmuseum, Bern, Switzerland, and Museum Ludwig, Cologne (1998–99); Krannert Art Museum, Champaign, Illinois (2004–2005); and the American Folk Art Museum, New York (2013), among others. In 2018–2019 the Smithsonian American Art Museum organized Between Worlds: The Art of Bill Traylor, an overarching retrospective of the artist’s life and work. 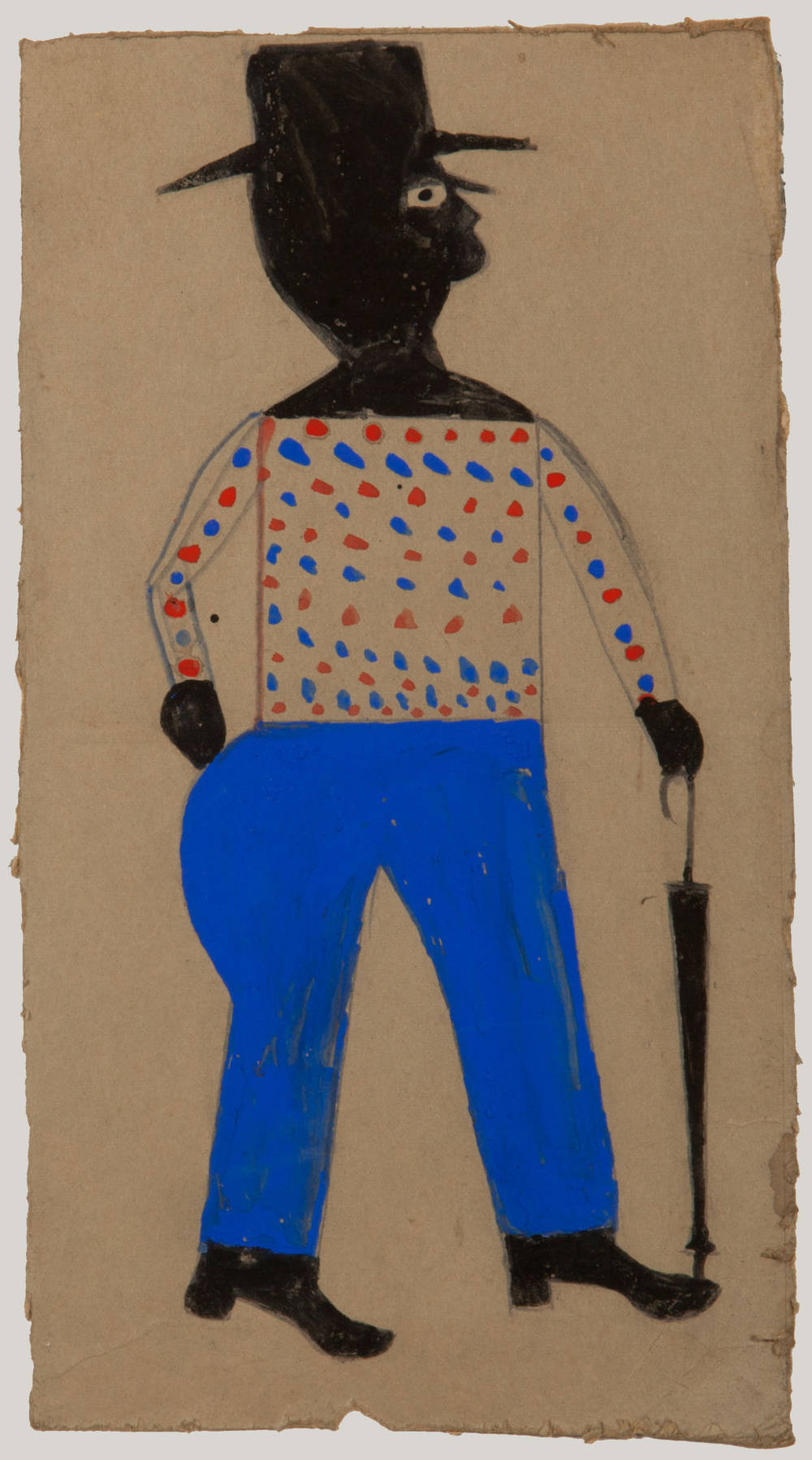 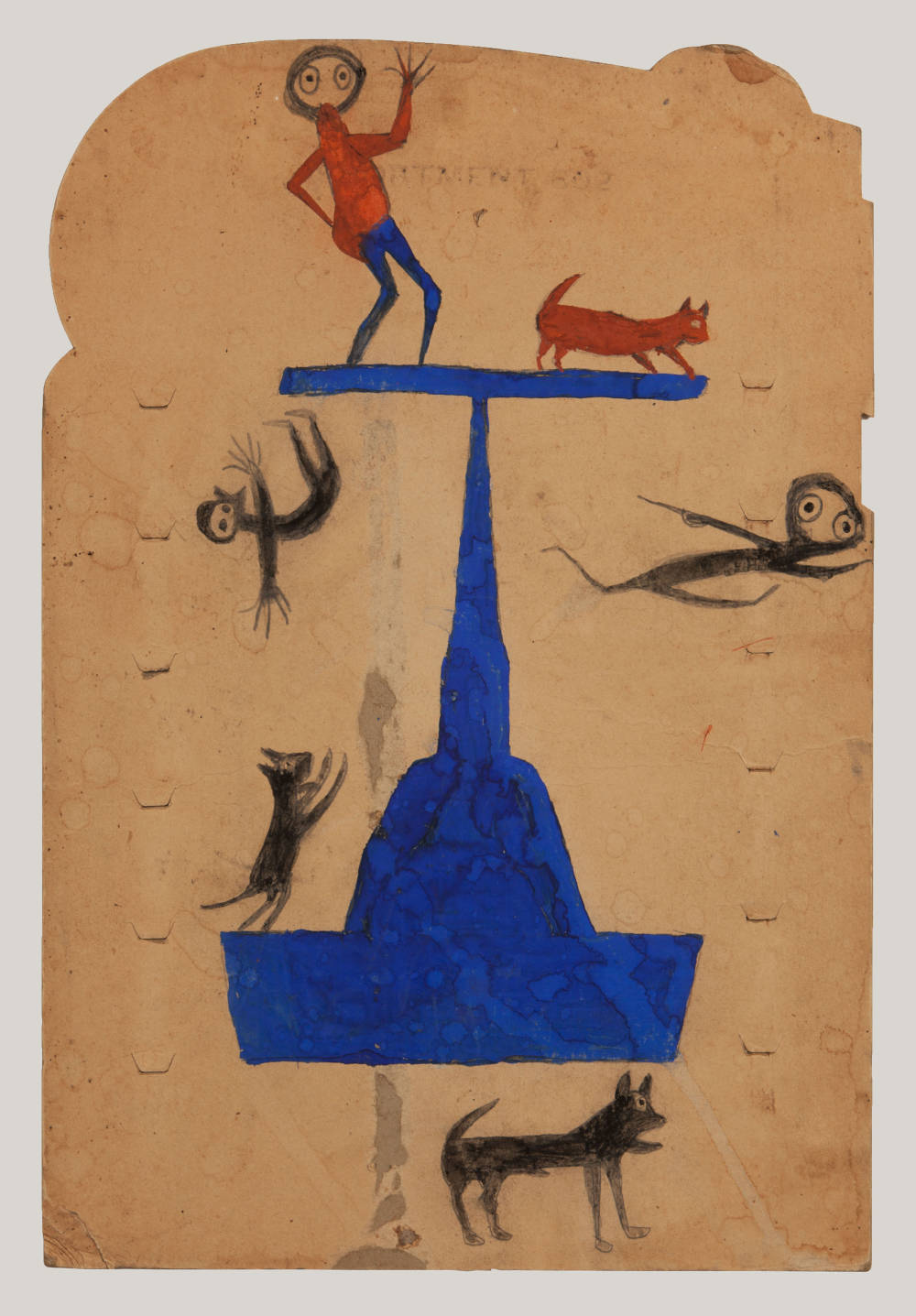 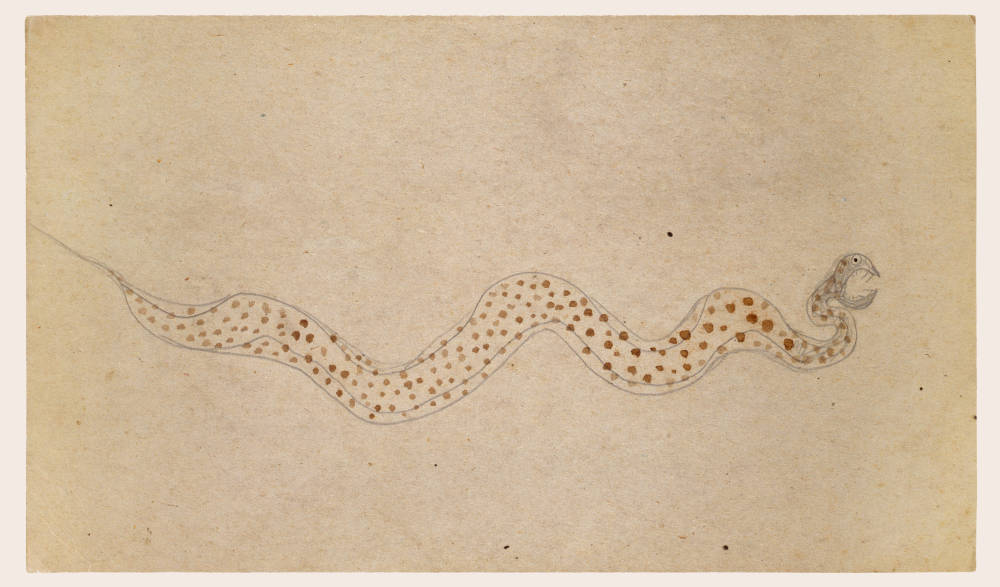 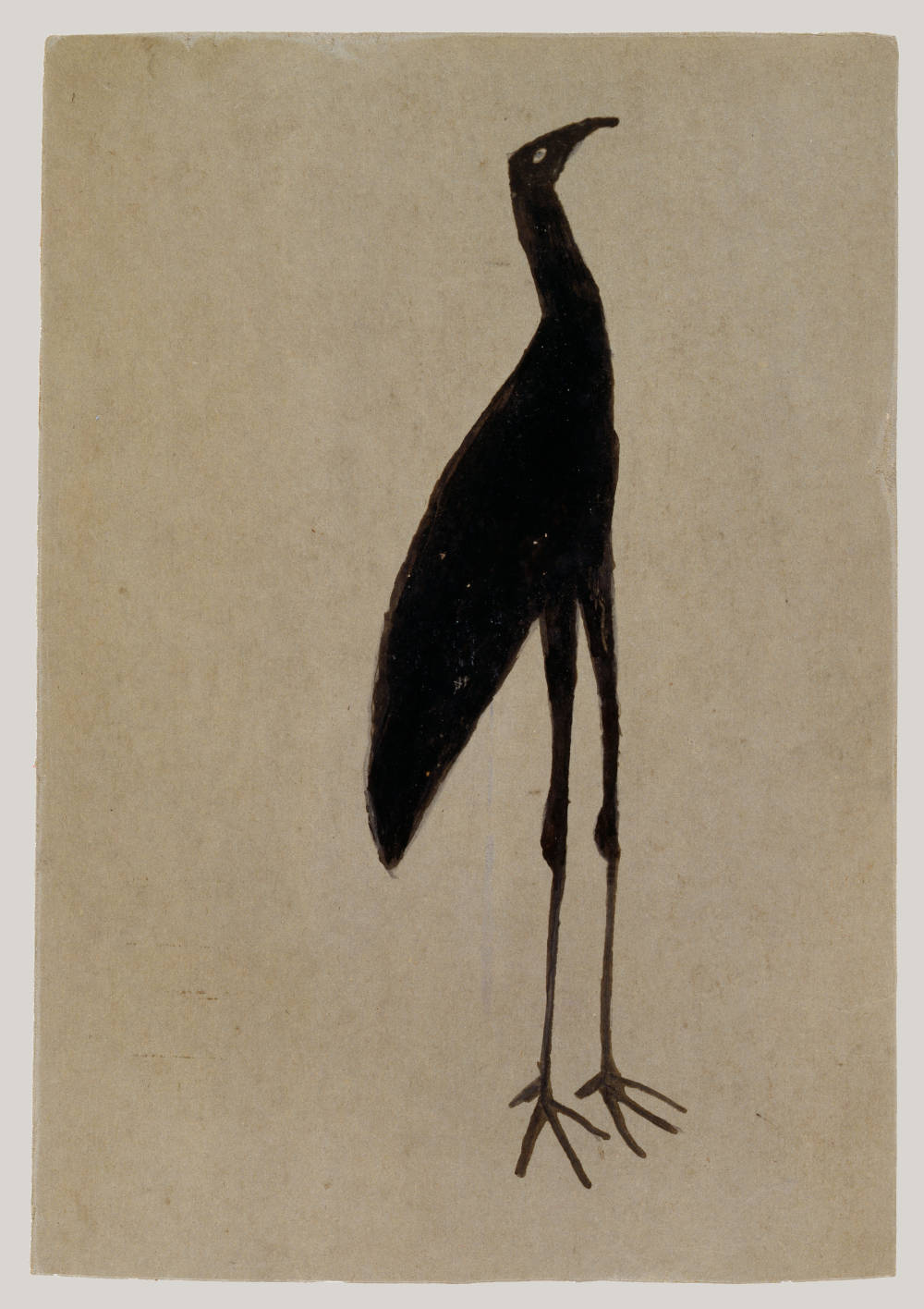 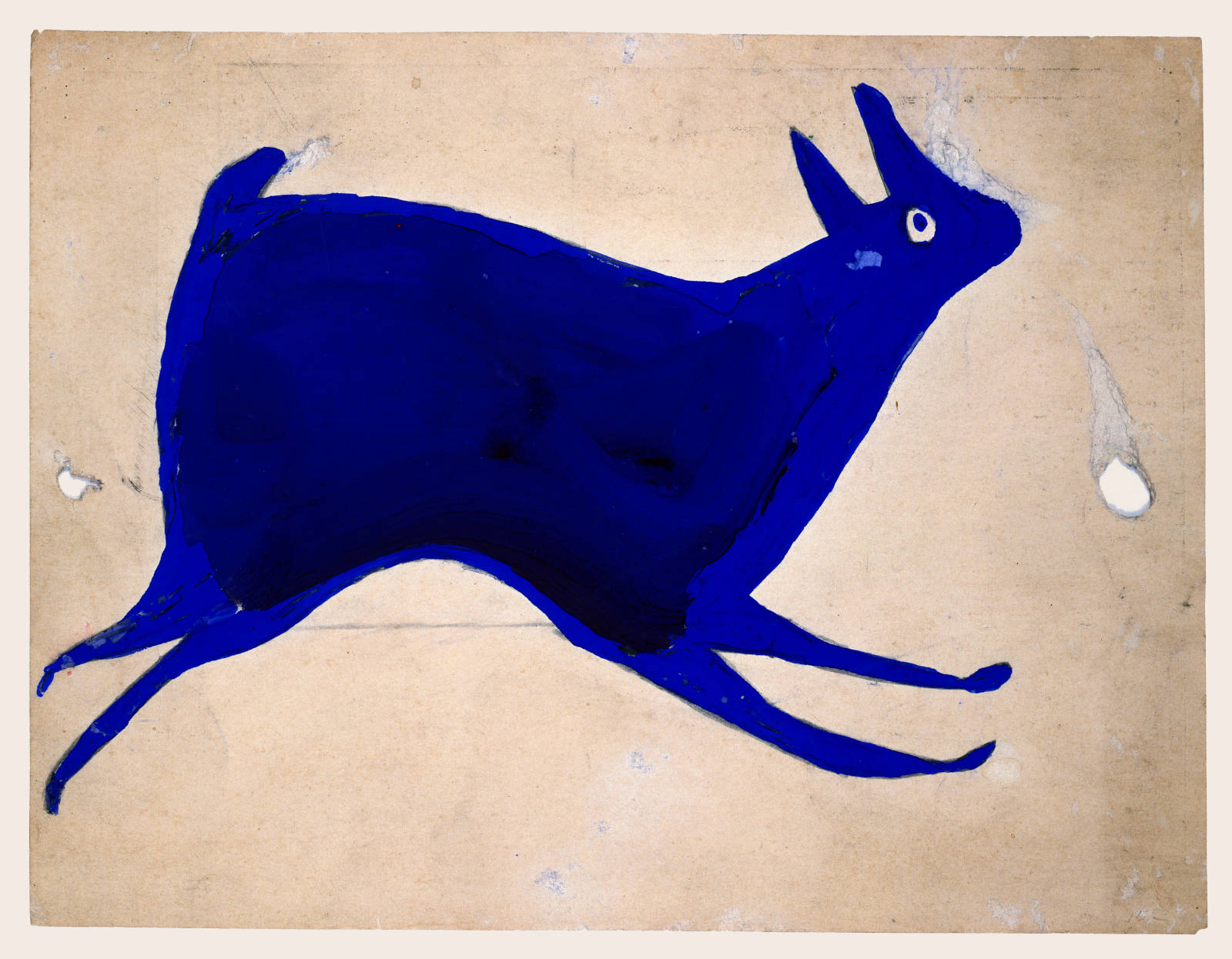 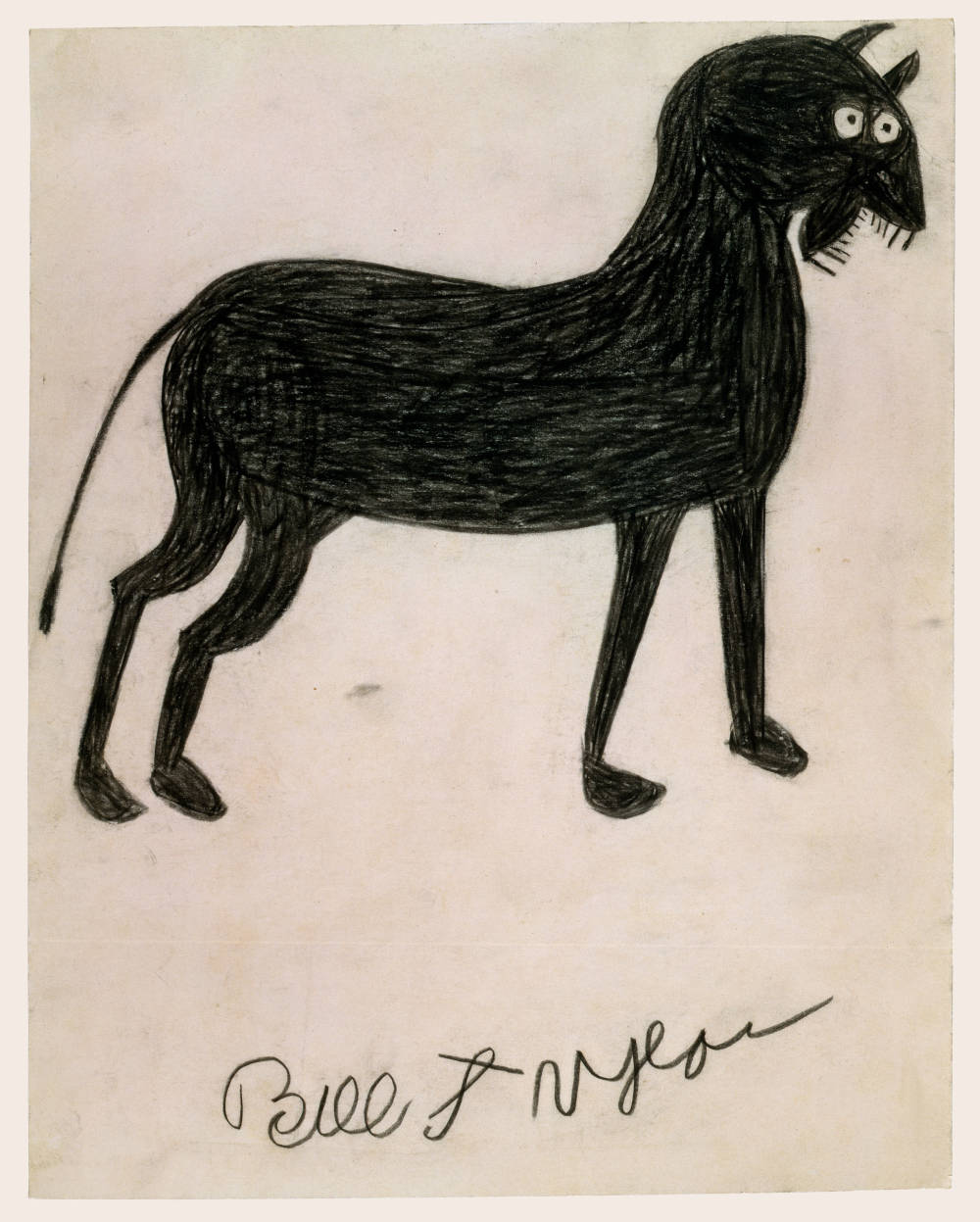 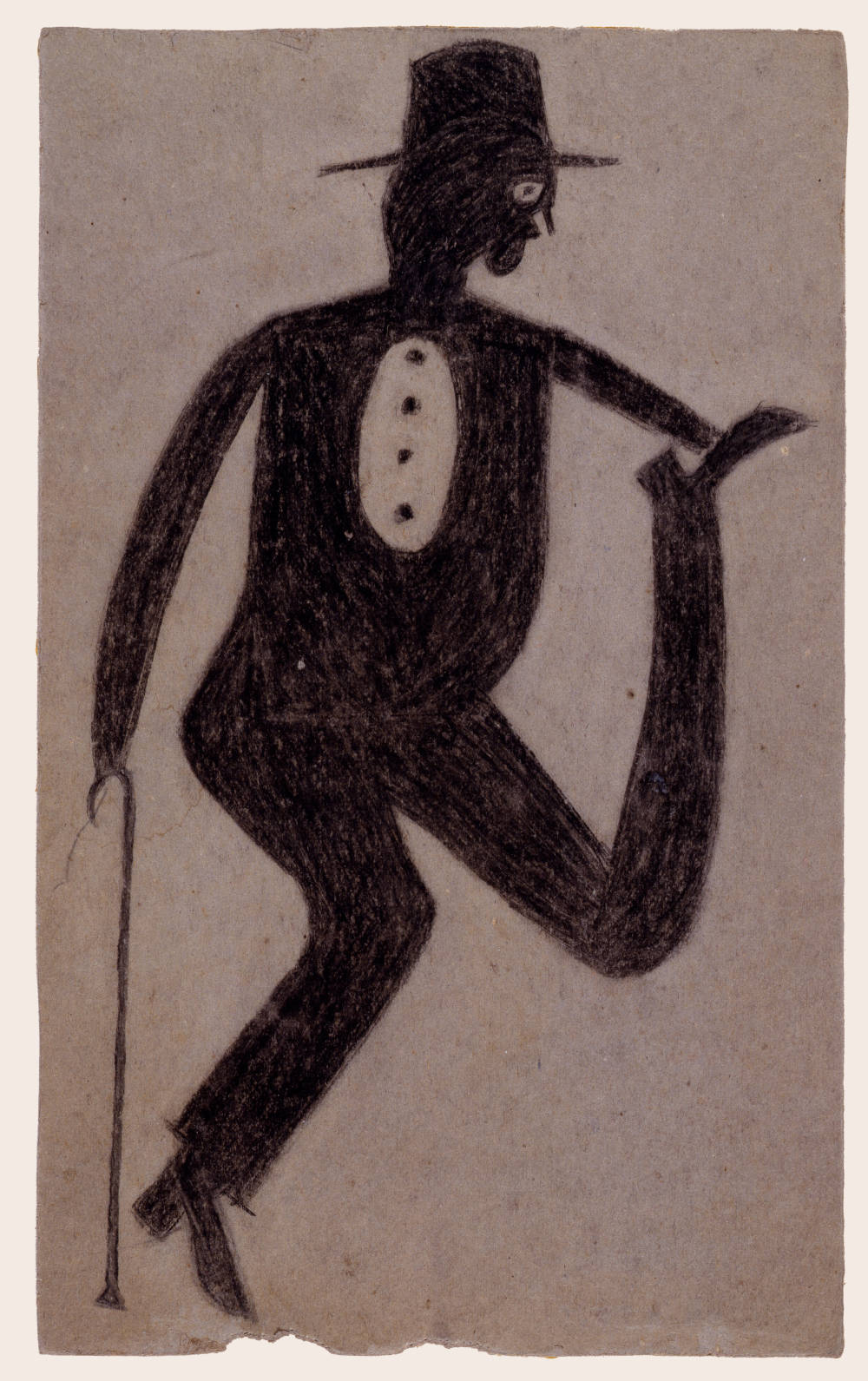 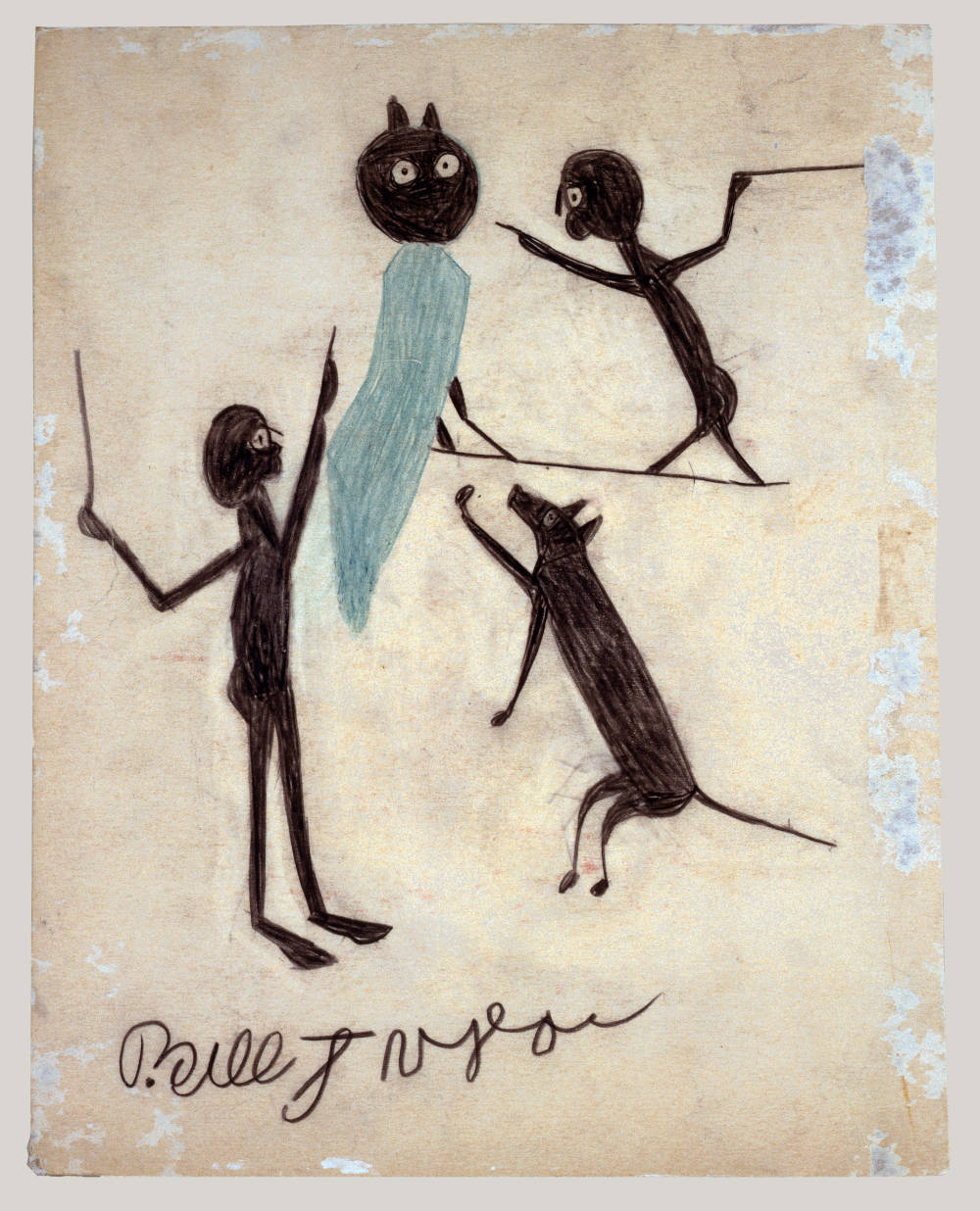 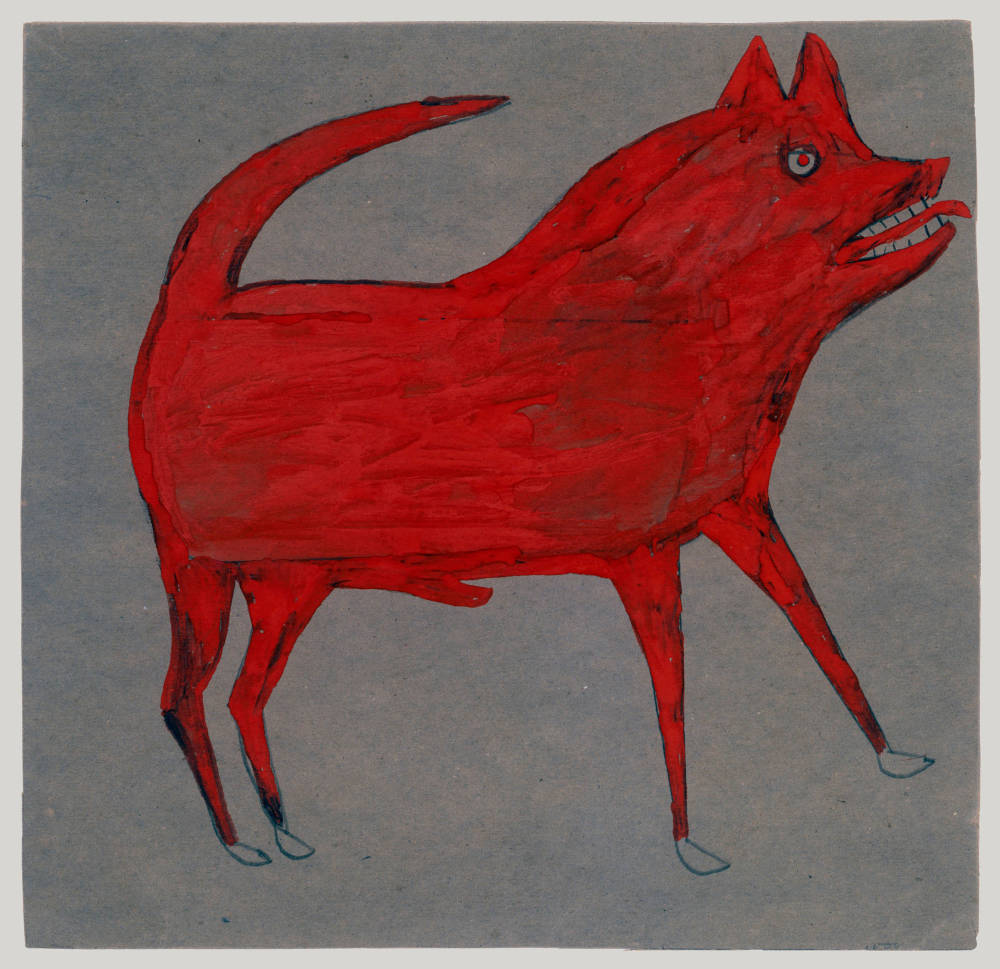 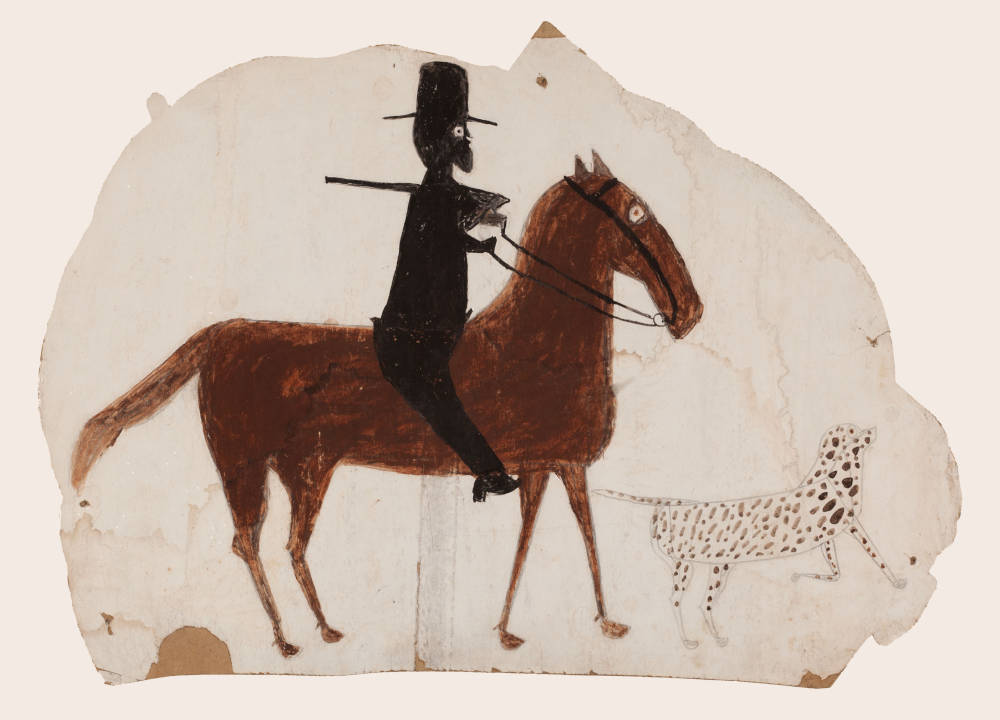 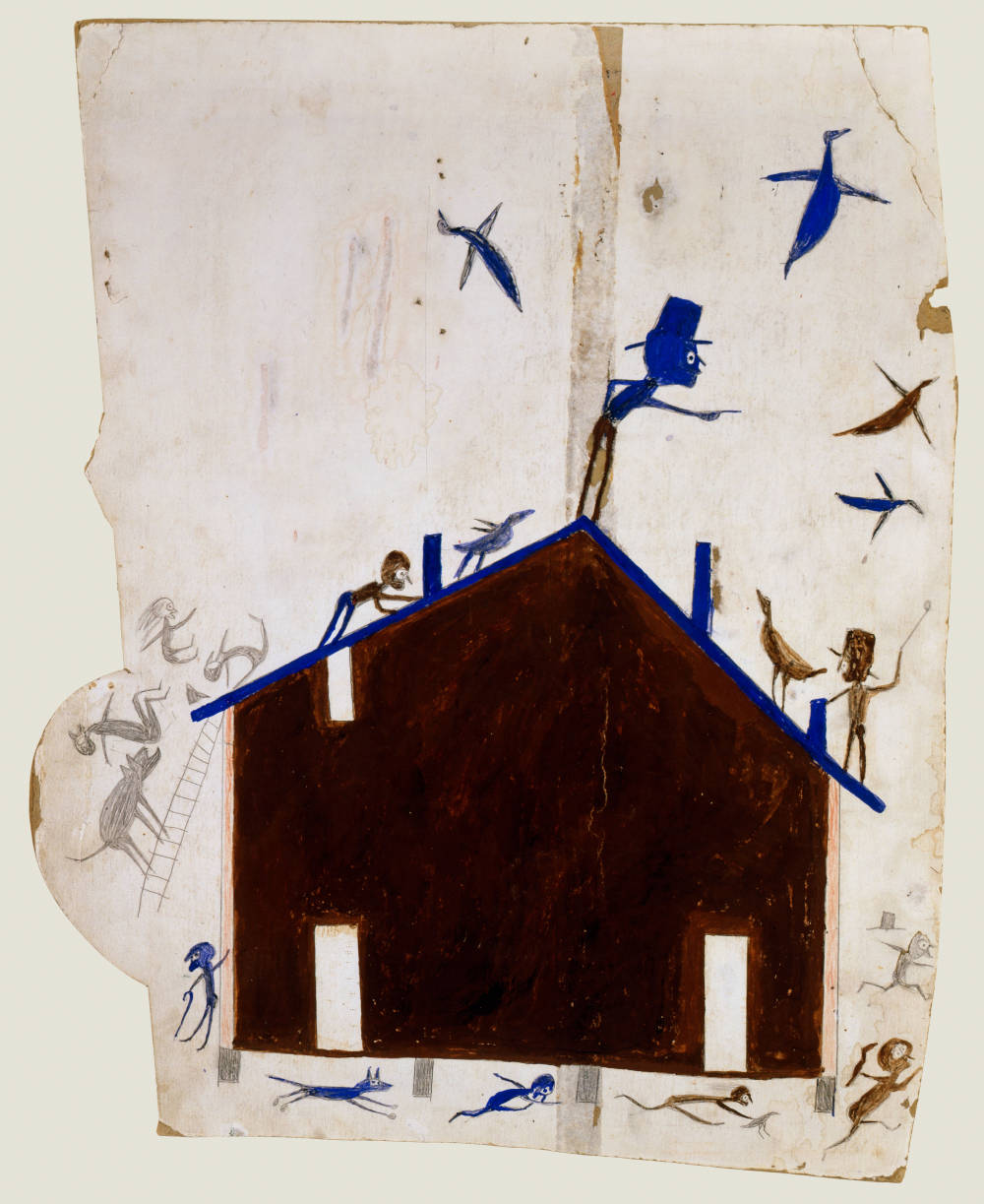