Ōtah Prōtah by Bhuvanesh Gowda features a set of his recent sculptures made of discarded (and often decaying) pieces of wood salvaged from dismantled houses and elsewhere. 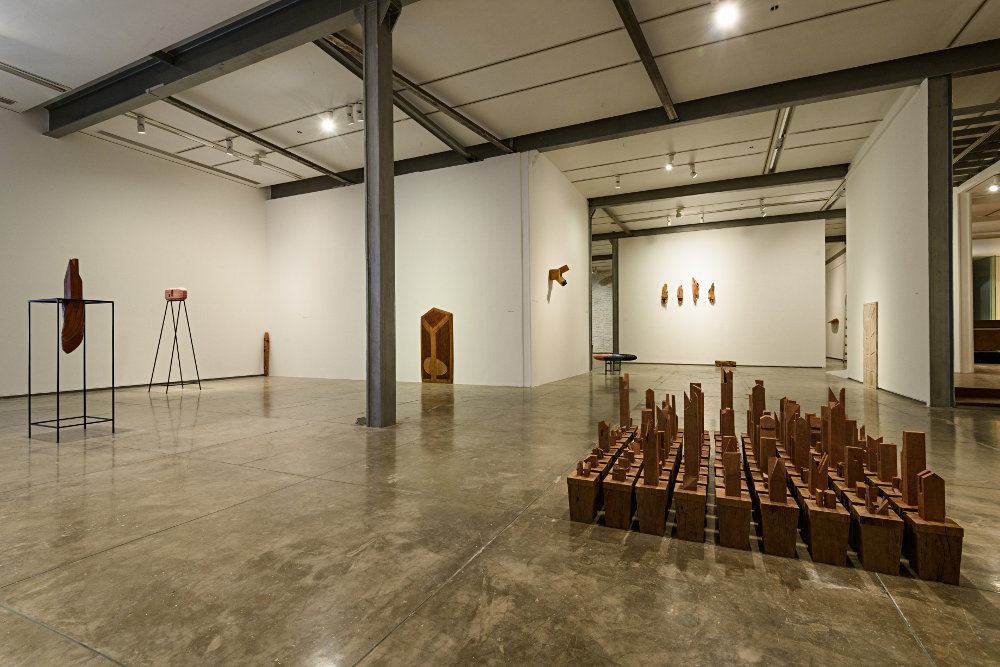 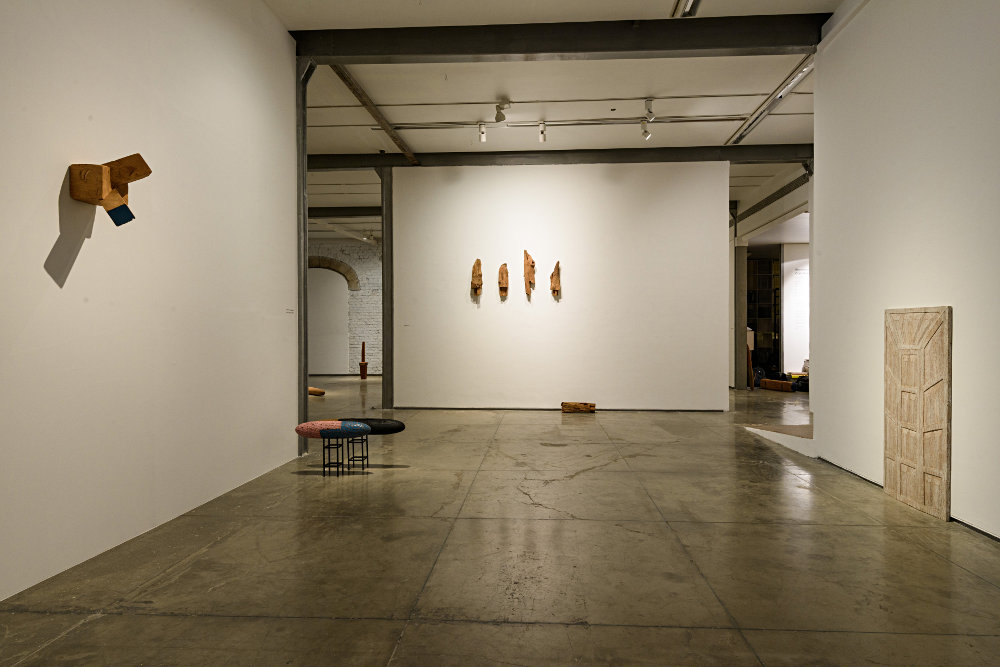 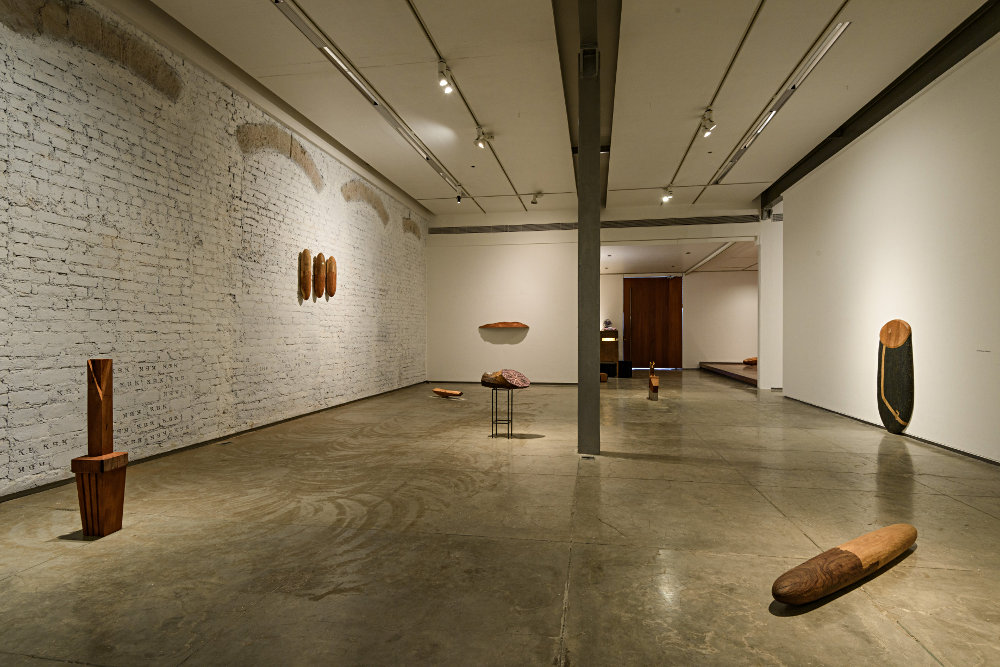 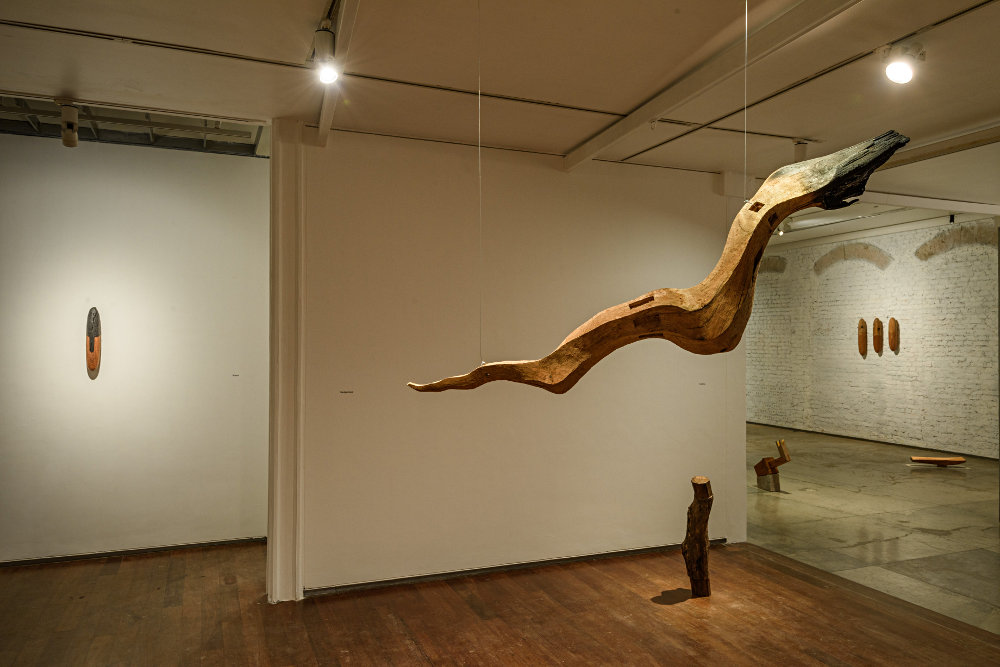 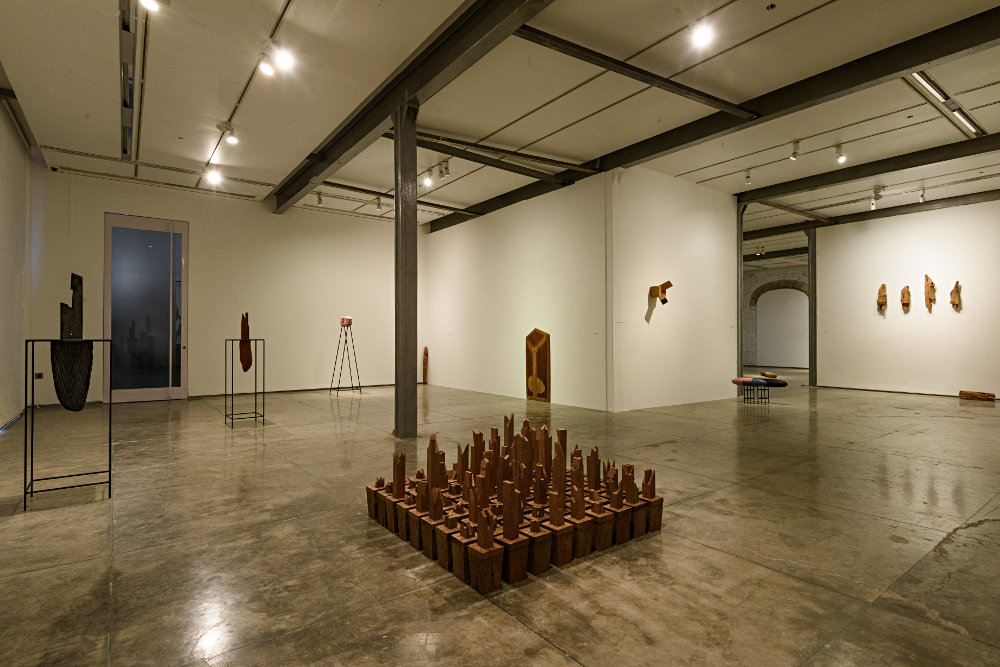 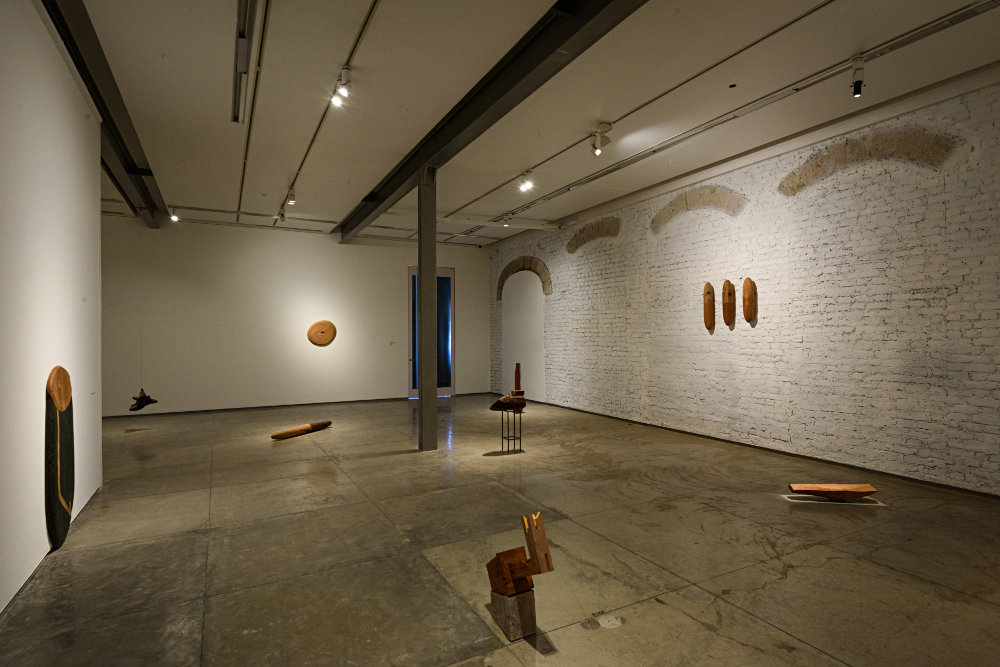 Breathing new life into seemingly redundant objects, Bhuvanesh conceptually attempts to reconnect the past with the present. In his skilled hands, old and worn out matter attain the affluence of afterlife. In the course of this transformation, new meanings and suggestions emerge; often carrying cultural associations with the past, and softly hinting at the shape of things to come.

With wood as his primary material, Bhuvanesh’s approach to art creation continues to be that of a proficient carpenter – strict, scrupulous, precise, dexterous and diligent. An ardent devotee of Vishwakarma, the master carpenter and divine architect-engineer of the gods, he adopts a free-flowing and process-oriented engagement with found objects and material. Free from pressures associated with predetermined outcome, Bhuvanesh weaves his magic with clear doses of spontaneity, dynamism, and playfulness.

The title of the show (Ōtah Prōtah; adj; sewn lengthwise and crosswise) is derived from an ancient verse, and refers to all-pervasive, universal patterns. Bhuvanesh adopts the spirit of the verse while creating his perceptive and expressive works. Resultantly, they stand out not as improvised and isolated objects but as a network of rhythms, ideas and propositions.

Individually, the carefully crafted and imagined sculptural pieces exude self-contained power, grace and intensity. Seen together, they acquire the enigmatic form of a mysterious web; where everything is intrinsically connected with everything else –organically, aesthetically, and metaphorically.

Bhuvanesh’s art is one of critical thinking as it is of knowing the craft intimately. His ideas are inspired by various sources – as divergent as the Hindu mythology, human psychology, atomic physics, and magical realism.

For him, the process of chiseling on wood is both a pleasurable and cathartic experience. Taking a cue from the scientific principle that ‘everything is energy’, Bhuvanesh seeks to set his sculptures against different frequencies in order to perceive and understand the many facets of reality.