Between the forceps and the stone

Between the forceps and the stone

‘I know no one is going to show me everything,
We all come and go unknown
Each so deep and superficial,
Between the forceps and the stone.’

rosenfeld presents ‘Between the forceps and the stone’, the gallery’s summer exhibition. 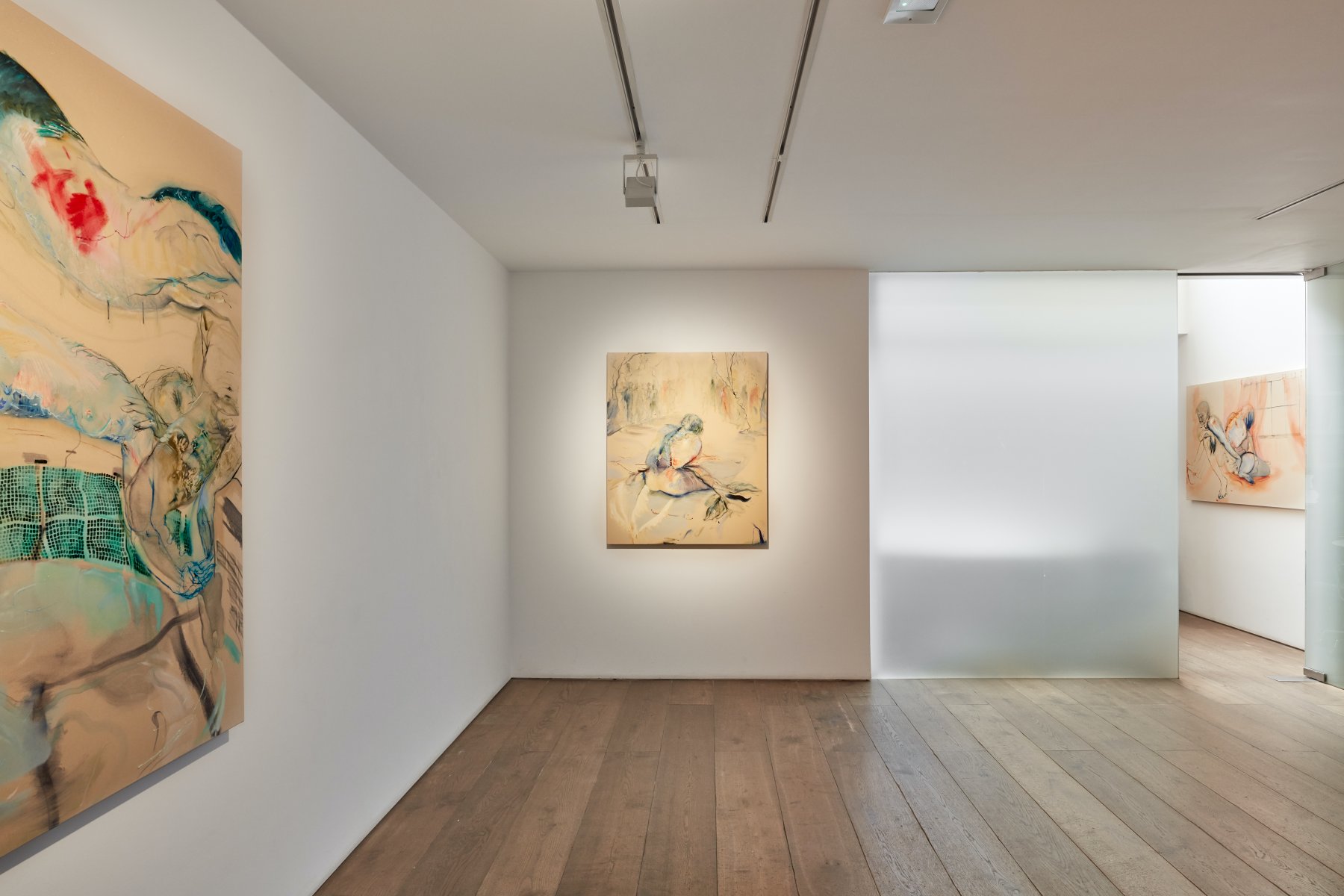 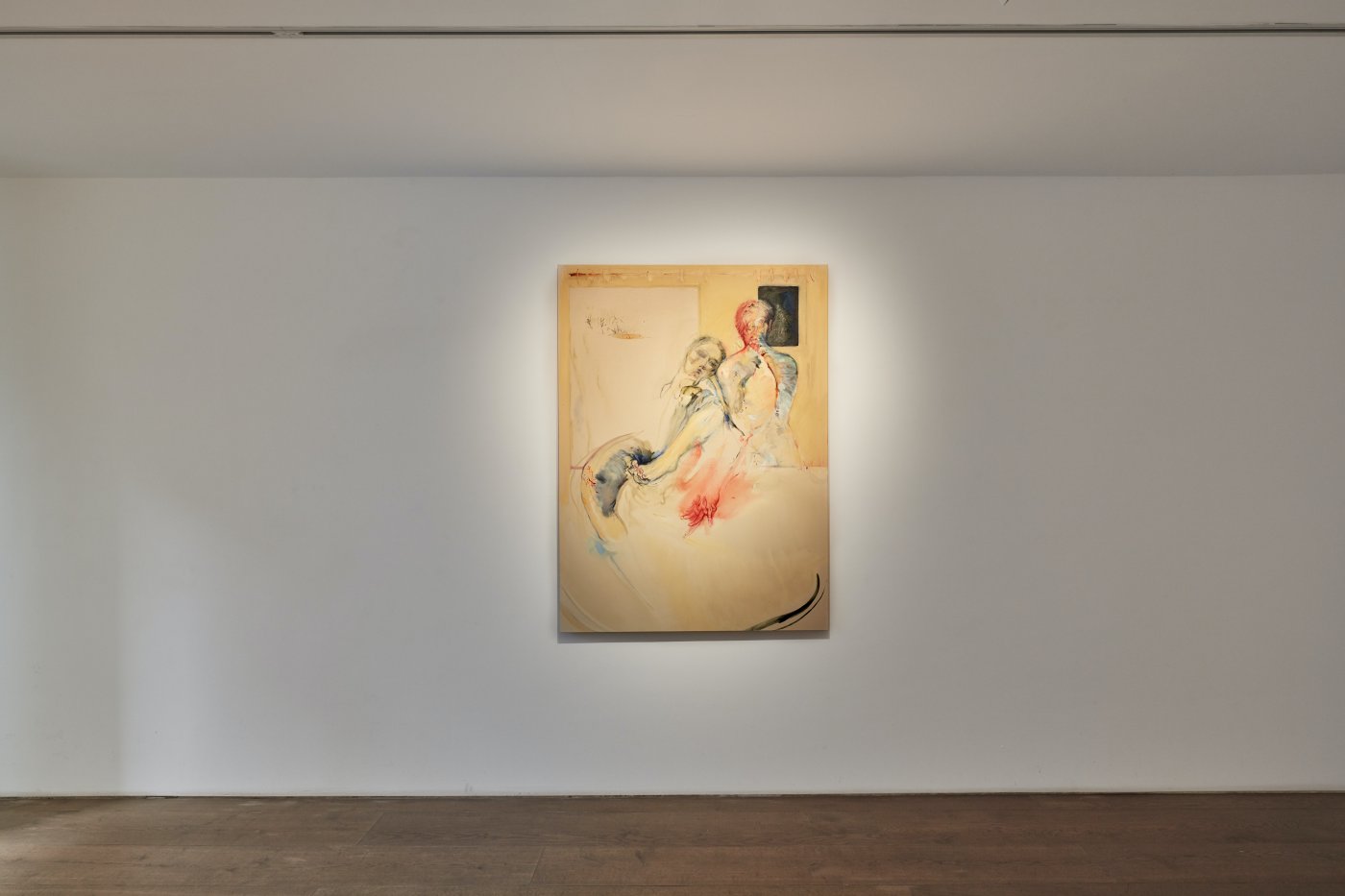 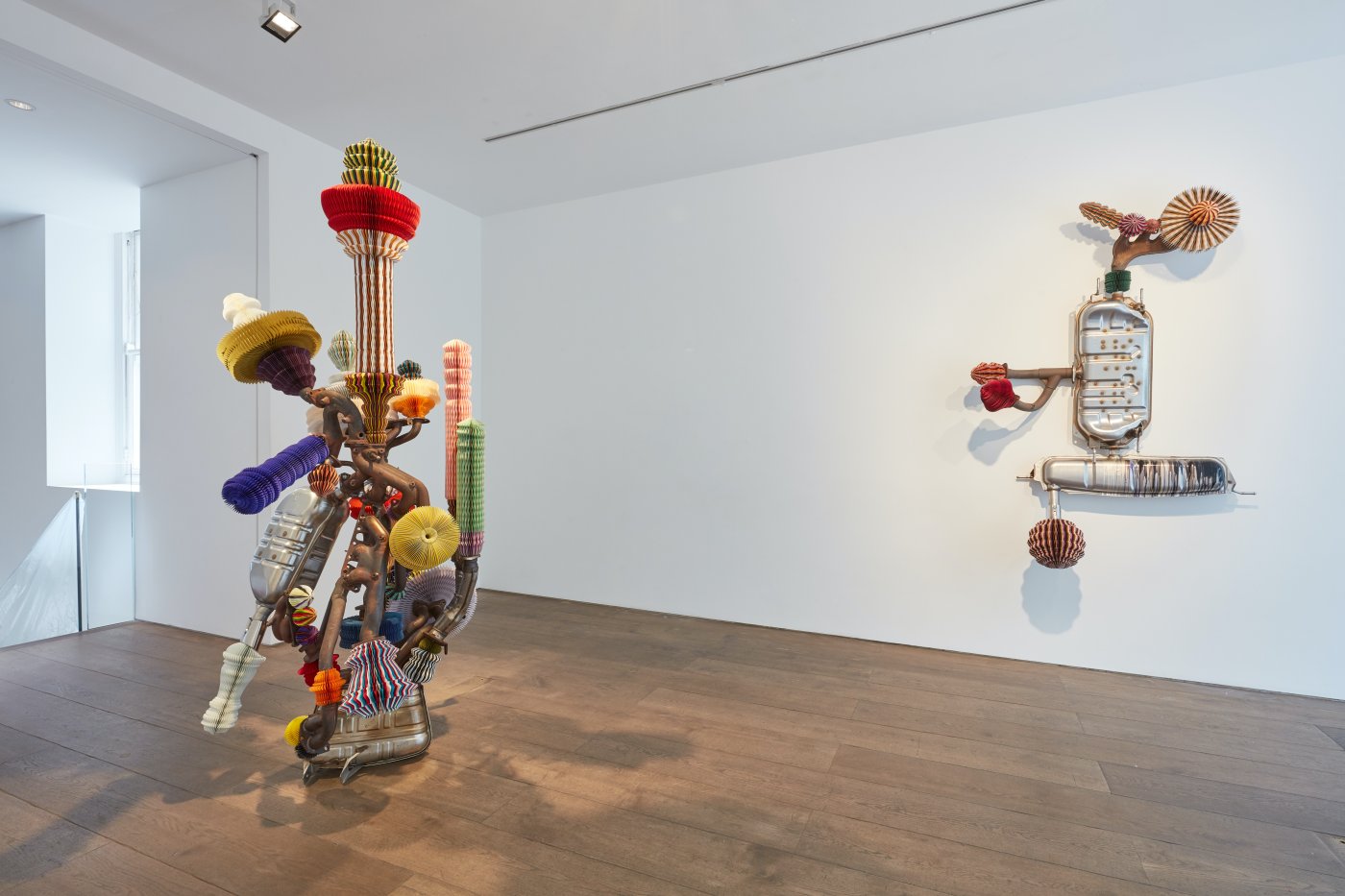 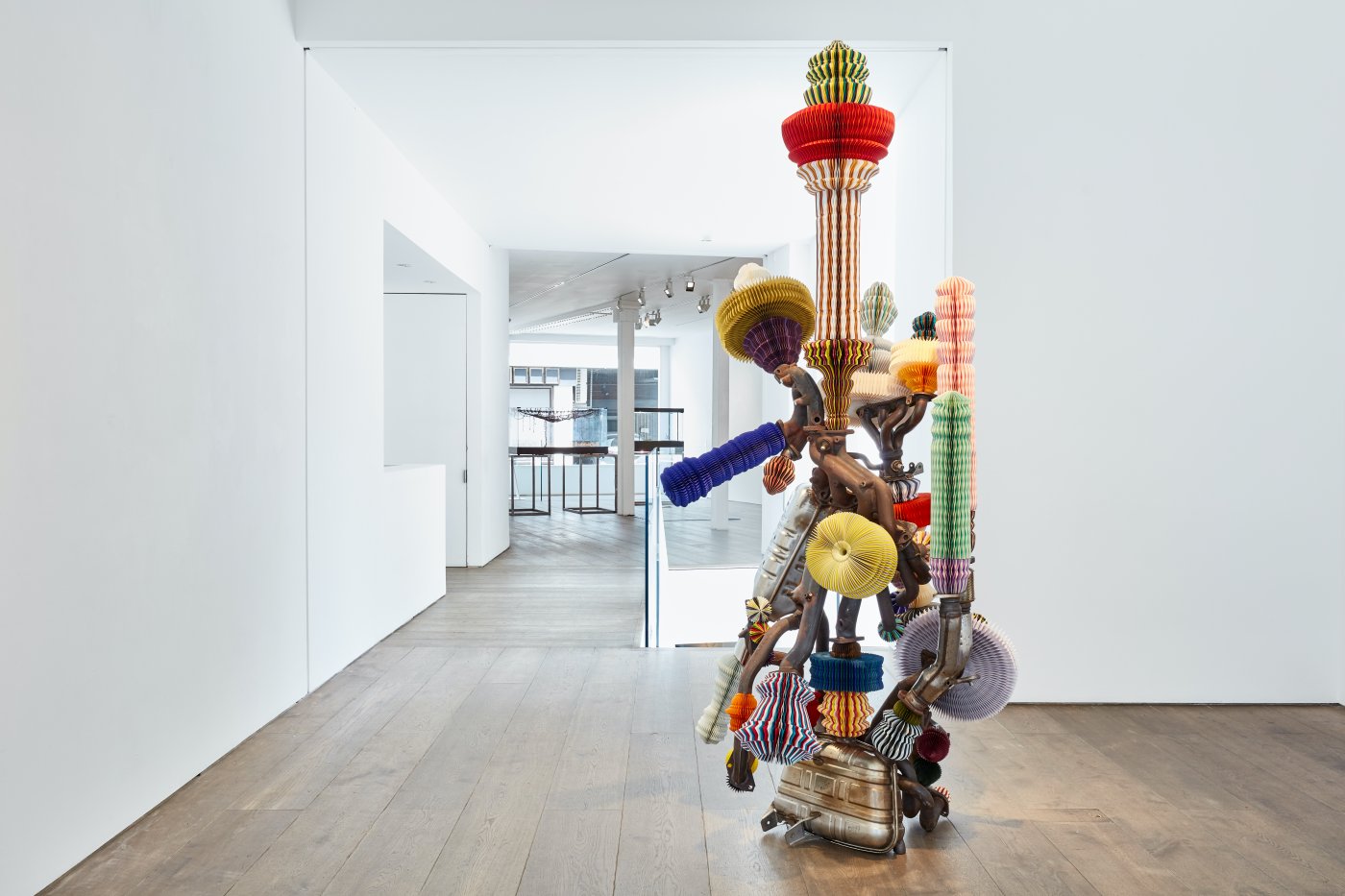 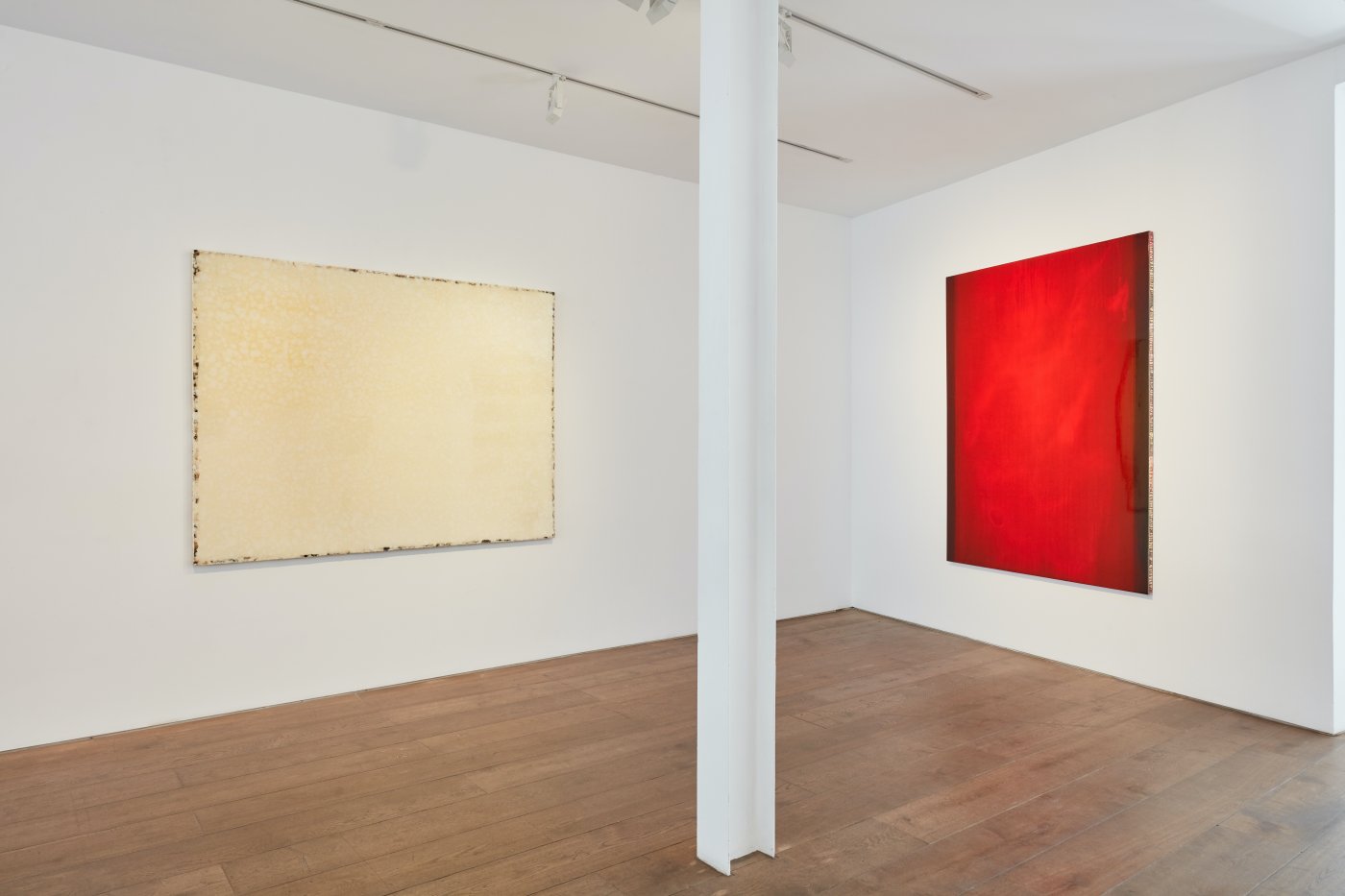 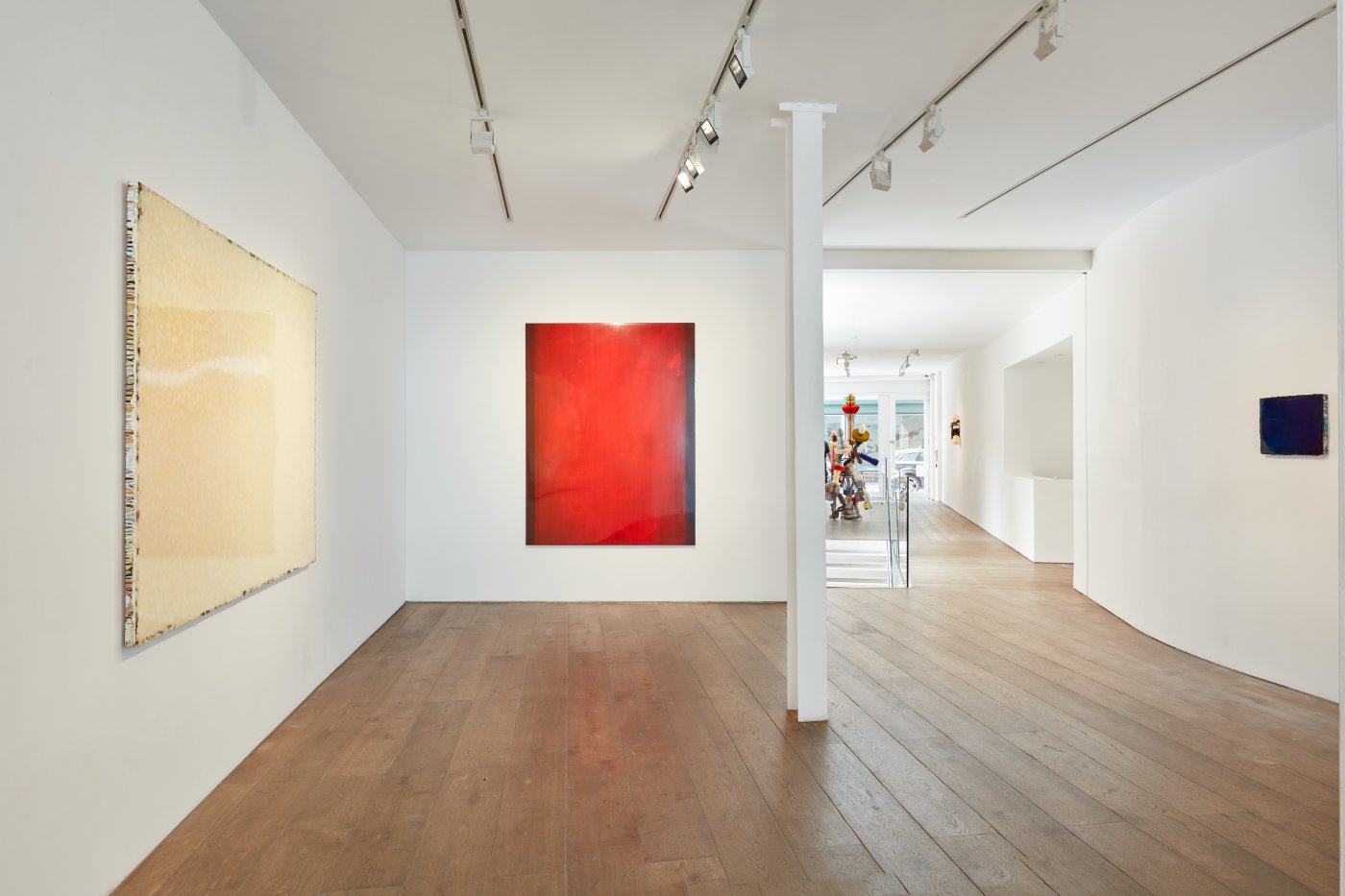 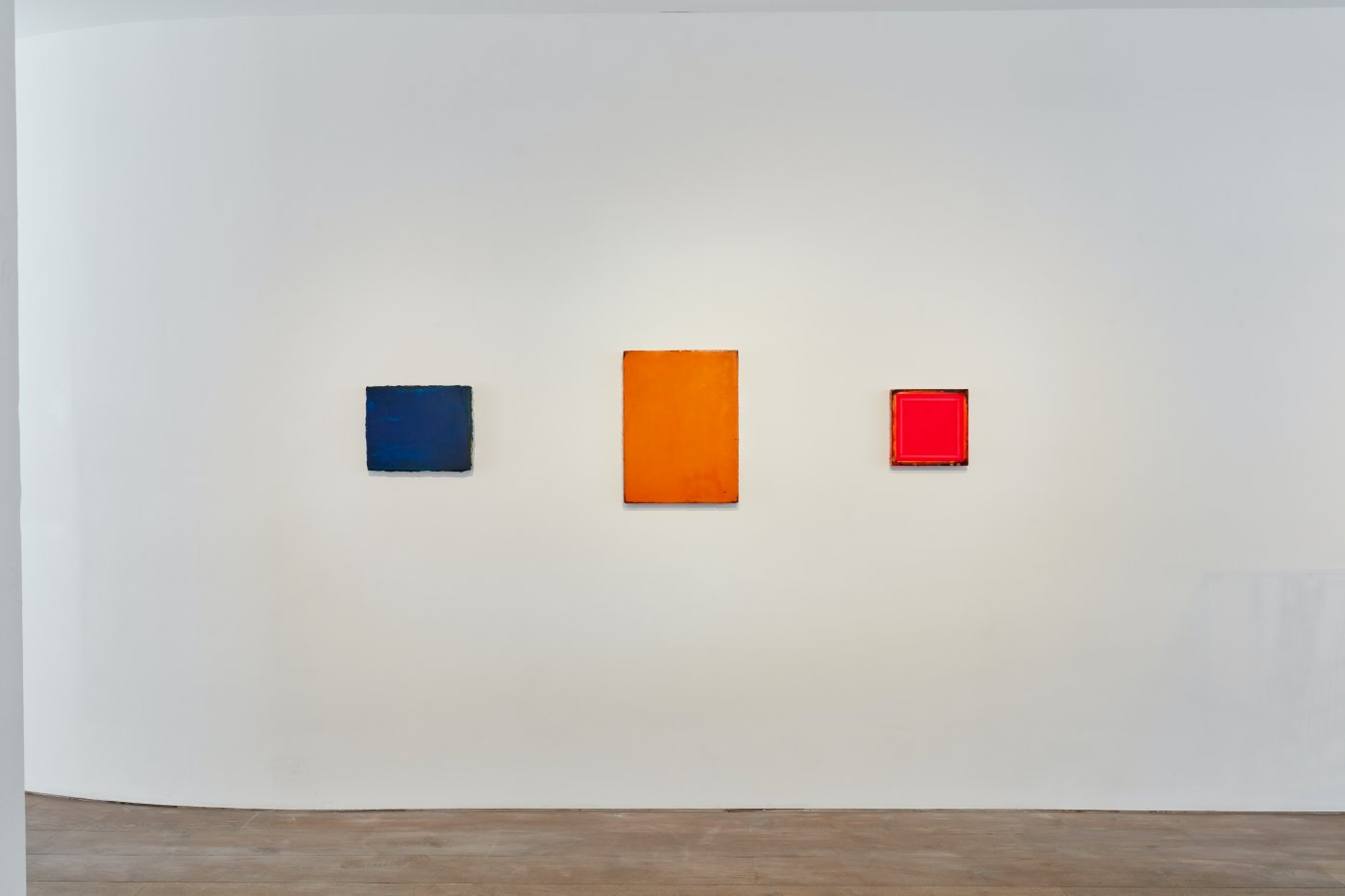 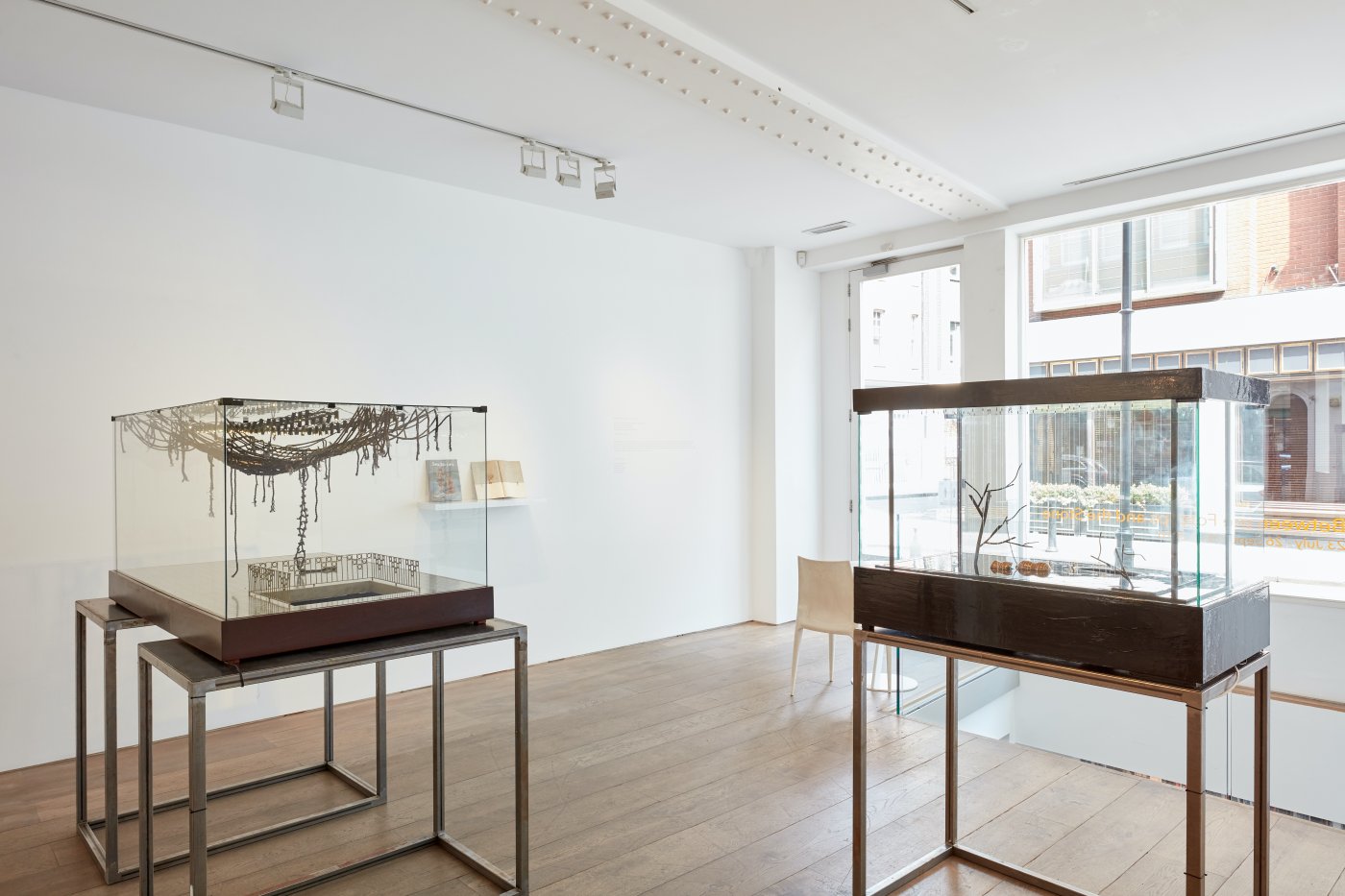 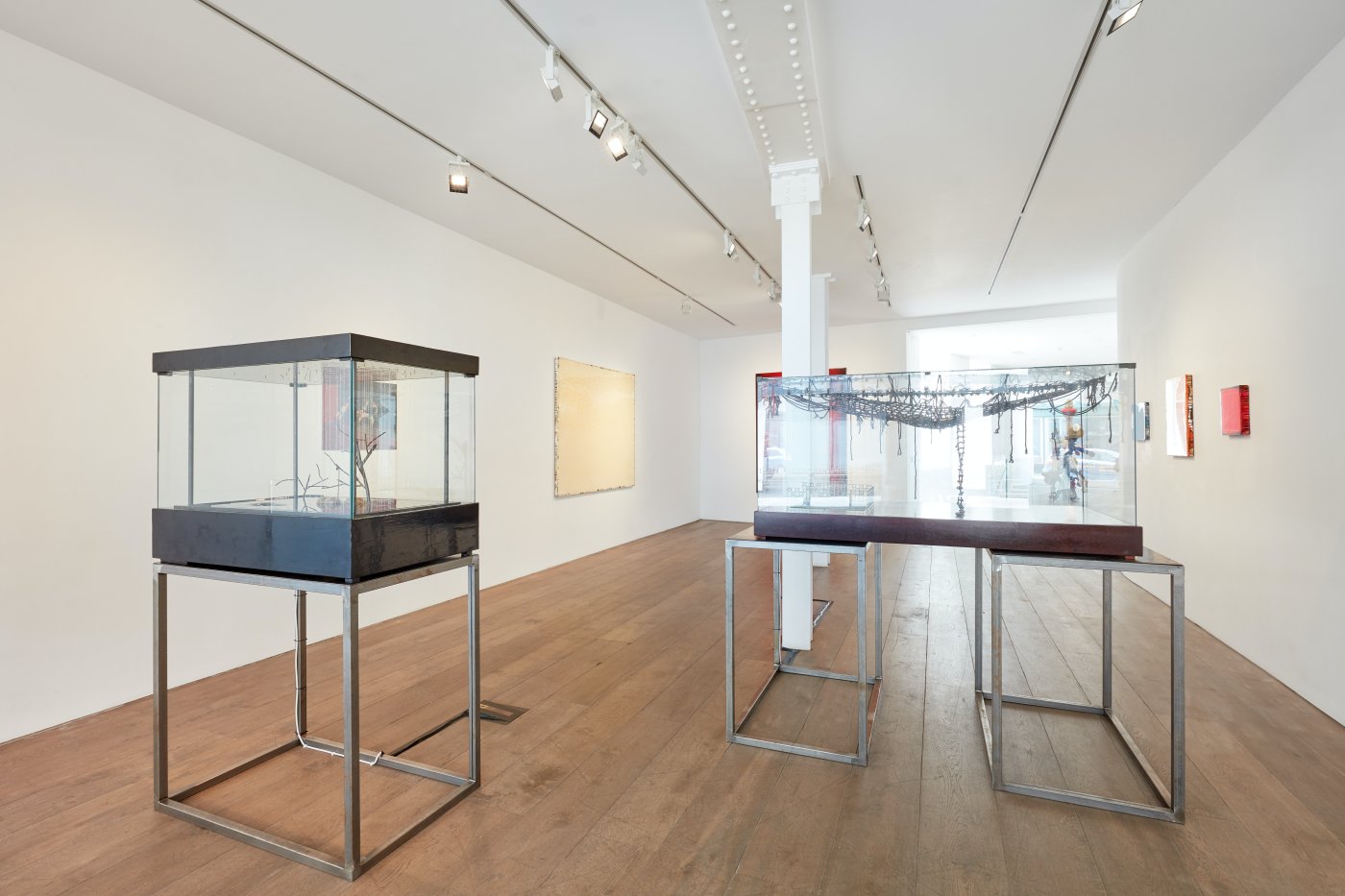 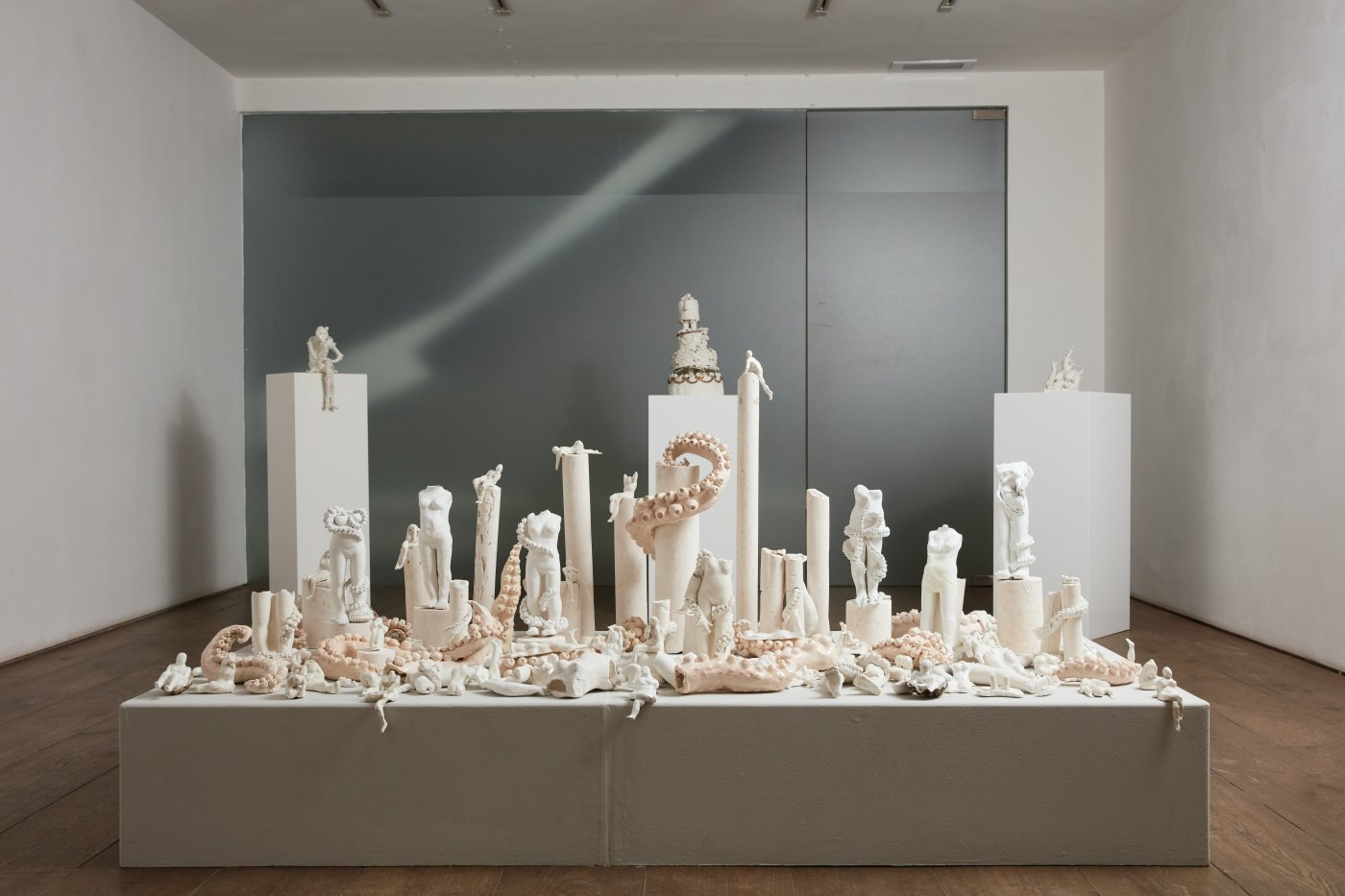 Although these words by the Canadian poet, singer and songwriter relate to human beings and the impossibility that any single person can convey all the ultimate truths about life, it applies equally well to our extraordinarily multifarious contemporary art world.

This exhibition brings together 5 artists hailing from 5 different countries and covers painting, both abstract and figurative, sculpture and installation. Each quite distinct, they, in, an inevitably restricted way, illustrate a few of the many, many truths which exist in today’s contemporary art cornucopia. Although there are inevitably connections between some of them, such as the importance of nature, no one element unites all five. If one lived in fourteenth century Florence, the absolute harbinger of artistic truth would have been Giotto. Likewise Leonardo and Michelangelo in the following two centuries. Similarly Titian in sixteenth century Venice and Velazquez in seventeenth century Spain. Although less so in his lifetime, Rembrandt is the epitome of artistic truth for seventeenth century Holland.

However, today no one figure holds the beacon to being that symbol of absolute artistic veracity and that makes our contemporary world far more difficult to decipher from an artistic point of view but ultimately both more intrinsically fascinating whilst also being truer to our human existence. In a world where many of the most industrialised nation’s leaders masquerade false truths as definitive and objective, the contemporary art world is a beacon for absolute freedom with a multitude of voices from all over the world displaying their own particular understanding of what is truth for them, and where we, as individuals, must each of us discover what resonates within us and thus negotiate our own personal paths.

Each of the French painter Emmanuel Barcilon’s abstract works takes months to finish. The artist applies layer upon layer of pure pigment onto the wooden surface, each time allowing the coat to dry before sanding it down and beginning anew. After many months of this process, Barcilon looks into the work in search of the many traces of memory from all the previous applications of paint and when he feels that the work has reached a sufficiently rich and eloquent depth, he applies a glossy resin to the painting’s surface thereby creating the illusion that we are staring at surface which, on closer inspection, reveals the work to be to a far greater degree about depth and memory.

Araminta Blue is an English painter whose dream like figures dissolve into nature as easily as they dissolve into the canvas as the artist reveals both a fluidity and transience in her world where ultimately we are all one with the natural world around us. In her paintings there appears to be a total symbiosis between man/woman and nature as they appear to act out a ritualistic, pantheistic dance. Her remarkable painterly technique enables her to imbue her paintings their sense of flux and fluidity so central to her conceptual intentions. There is a richness of colour and gesture that allows us to follow her narrative in and out of the bare space.

The Argentinian artist Sebastián Gordín creates both sculptures and magical installations. ‘You shouldn’t go with the flow’ depicts a landscape with bare trees, mysterious, abstract sculptures and continuous falling rain which creates a hypnotic vision as well as a profound meditation on the mystery of art’s ability to transcend the limitations of time. The artist’s sculptures often revolve around creating illusions. A selection of his books will be displayed. Although on first impressions these appear to be real books, they are actually exquisitely crafted from wood.

The Irish sculptor Camilla Hanney displays a large porcelain installation containing many naked female figures in various situations combined with elements of the octopus. The artist’s beautifully created figures or parts of figures talk to us very directly about the female body and female sexuality. The artist creates a strong contrast between the porcelain bodies, still and passive, and the octopus’s tentacles, imagined as a symbol of a truly formless, genderless and liquid body. Hugely complex, technically accomplished and ambitious the installation also poses very direct questions about the paradoxical duplicity of the woman seen as either a chaste mother or as a sinful temptress, but never as a human mix of both.

Keita Miyazaki’s strikingly original sculptures resulted from his being a witness to the tsunami which devastated his native Japan in 2011. Seeing the destruction of so much of the industrial society which we hold so dear acted as a catalyst on his creativity and he resolved to try and reinvent one particular element which would normally be viewed as purely utilitarian. He resolved to create a body of works around elements of the car engine. Using his ability as a metal welder, he combined various components into a brand new shape to which he added exquisitely formed, origami inspired, paper or felt sculptures, creating in the process, a brand new sculptural language. Furthermore, from being a mere object of functionality, he elevated the car engine to an object of beauty with a strange and totally original juxtaposition of contrasting elements.

Between Joni Mitchell’s ‘forceps and the stone’ we, in our own lives, can participate in the unique richness which the contemporary art world offers us. It is a perfect metaphor for today’s global village with artists, museums and collectors spread ever wider over the globe as, each artist and each exhibition, private or institutional, offers us a singular understanding both of contemporary art and how, if at all, it can relate to our inner or outer lives and the world we live in.