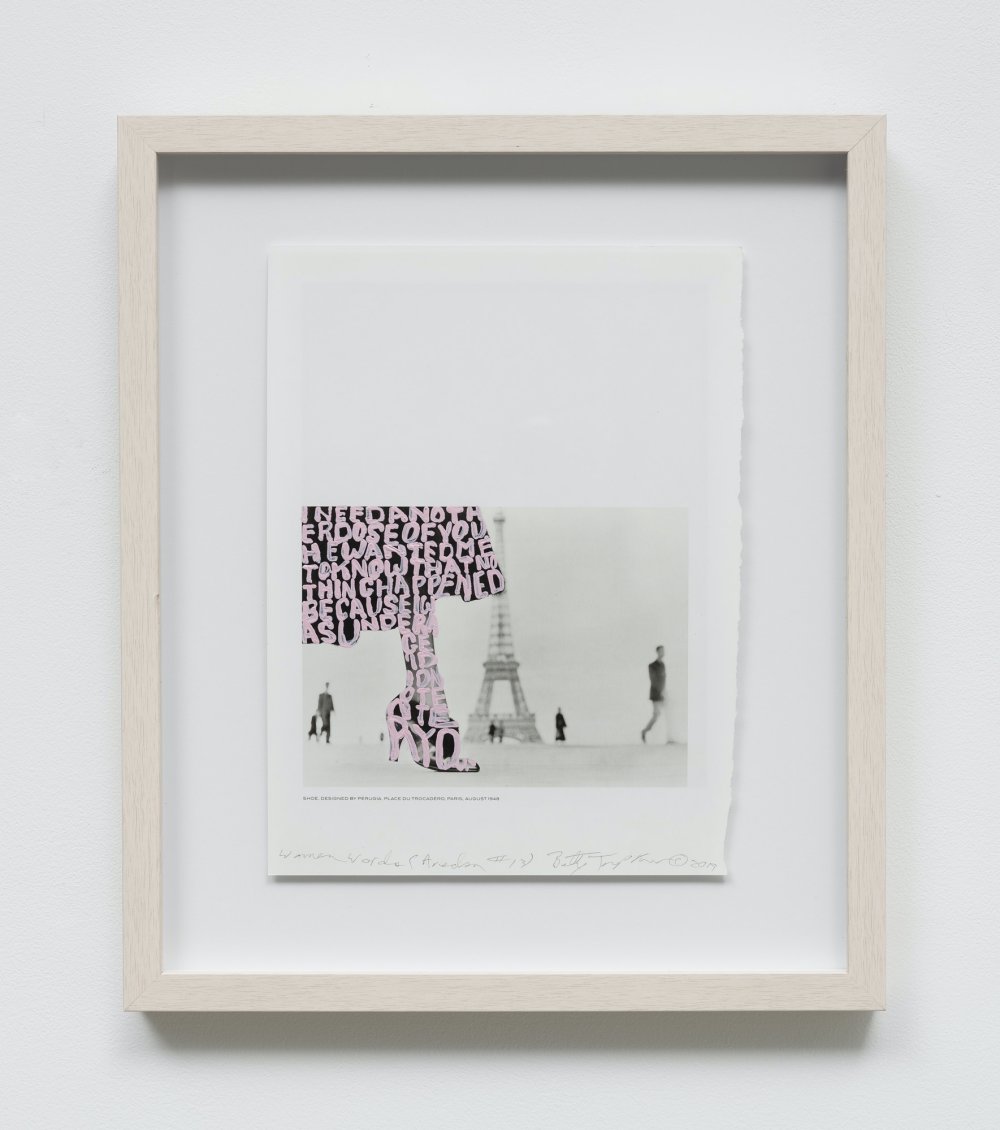 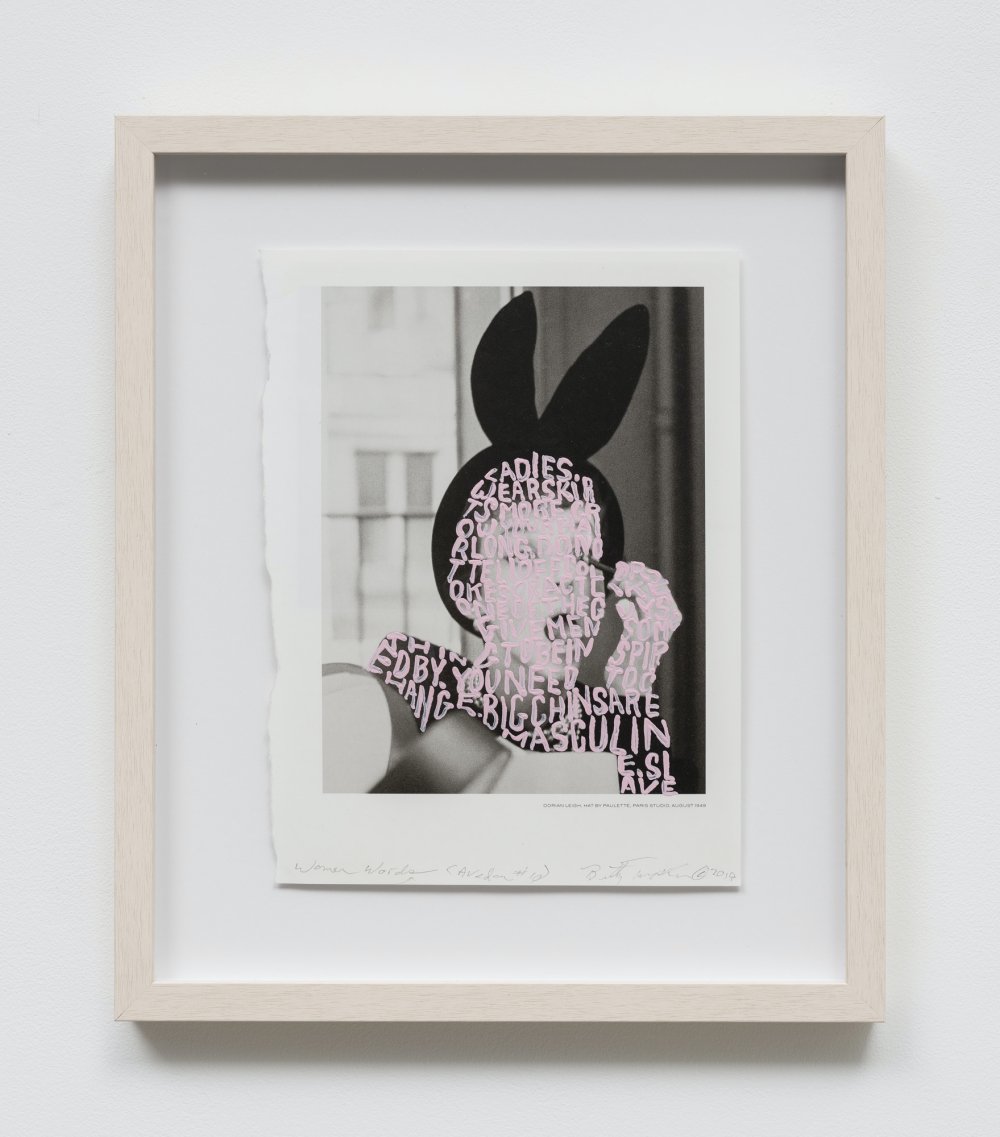 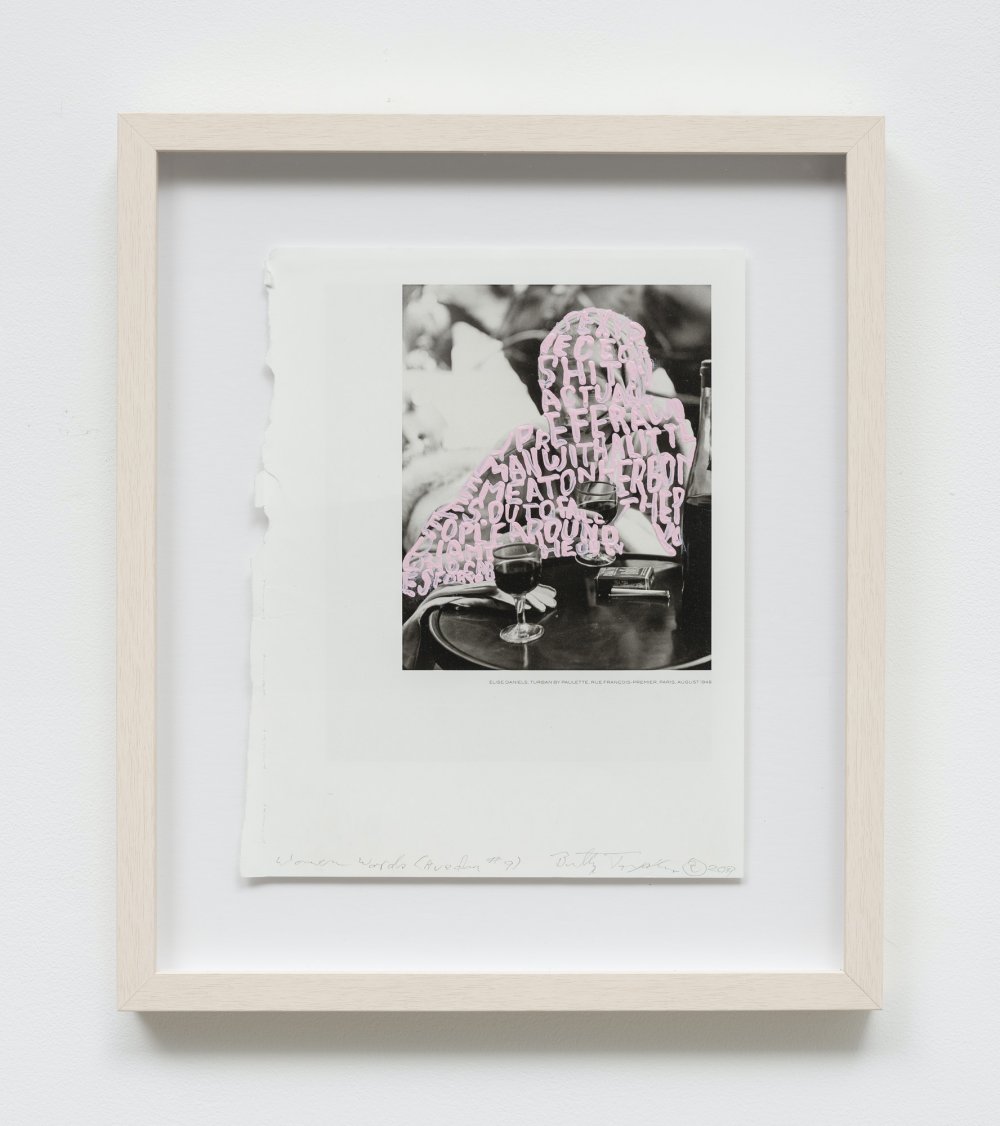 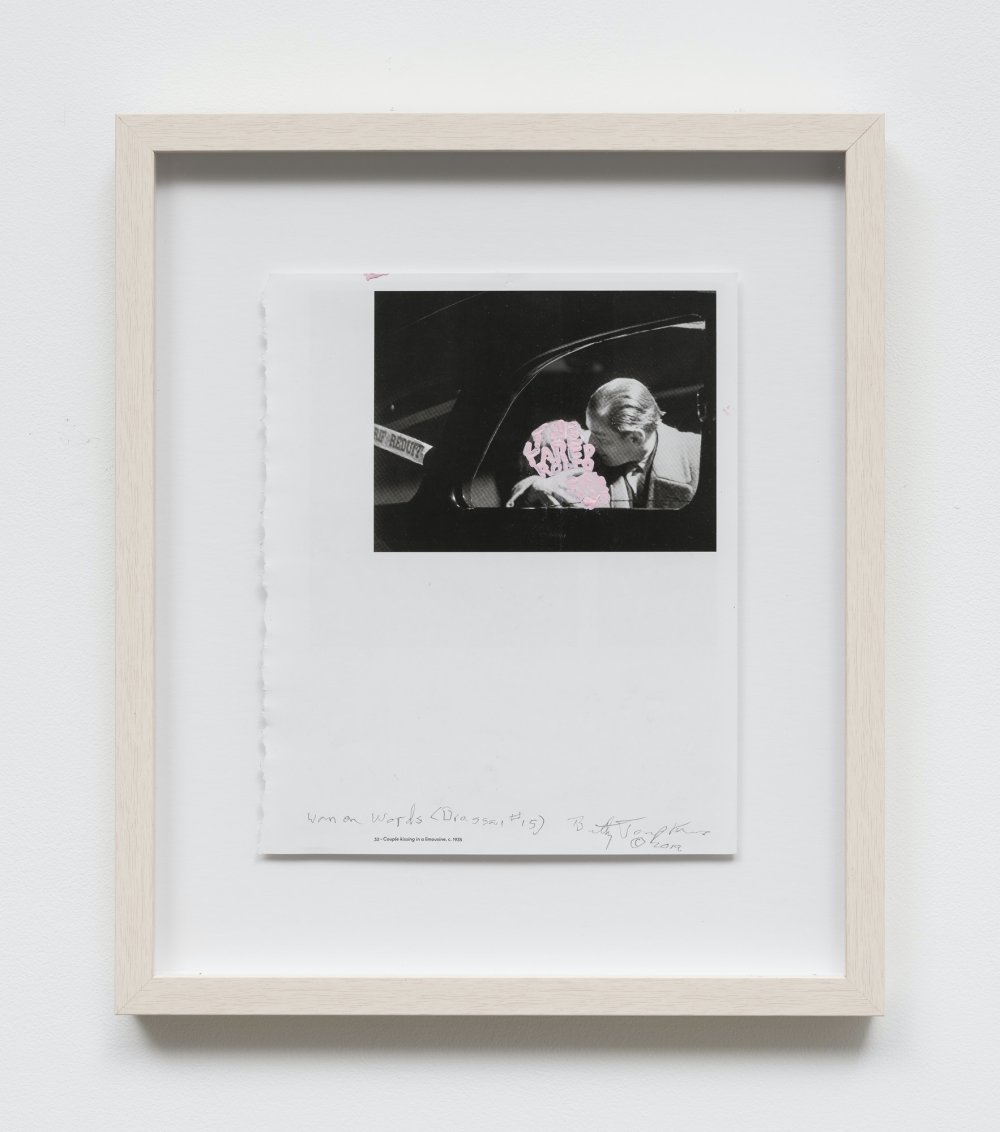 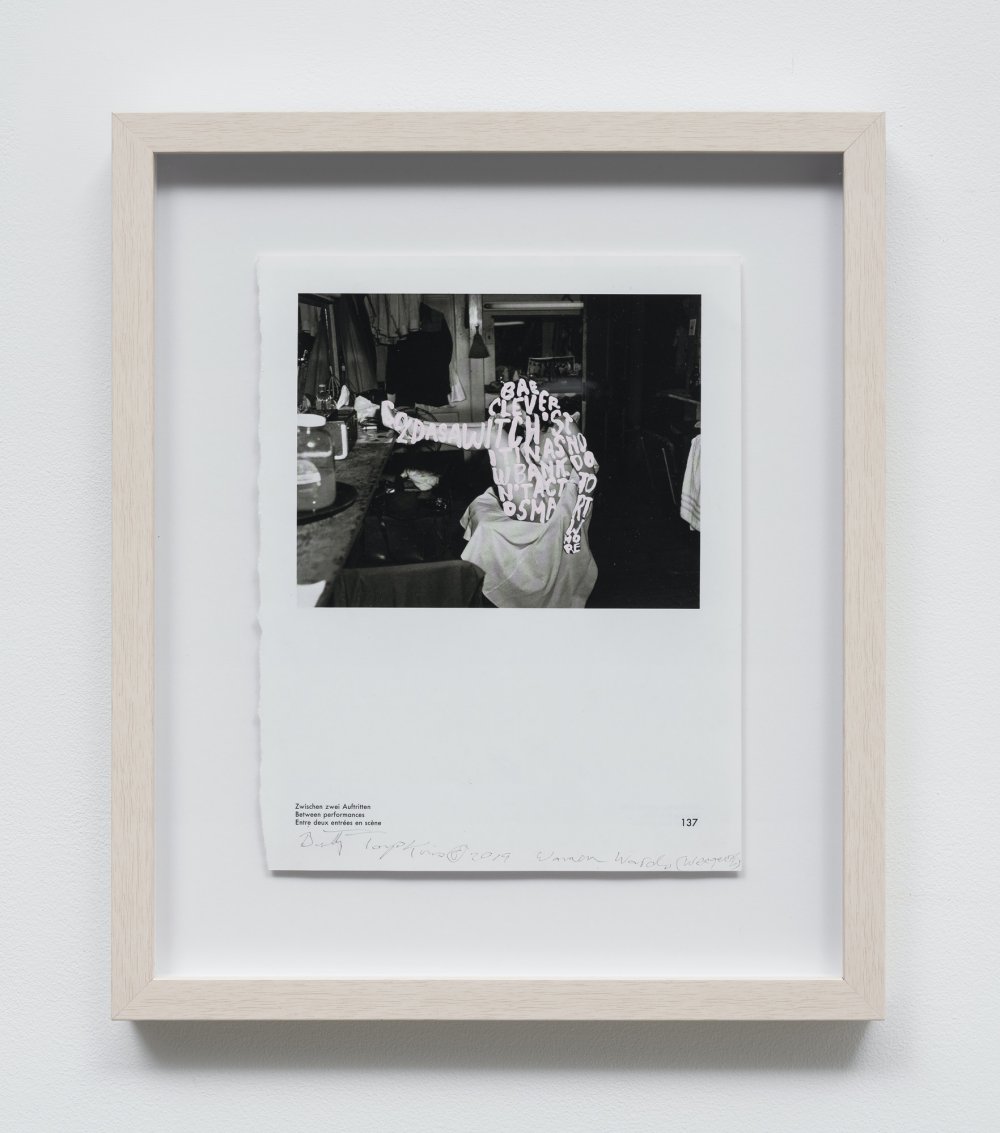 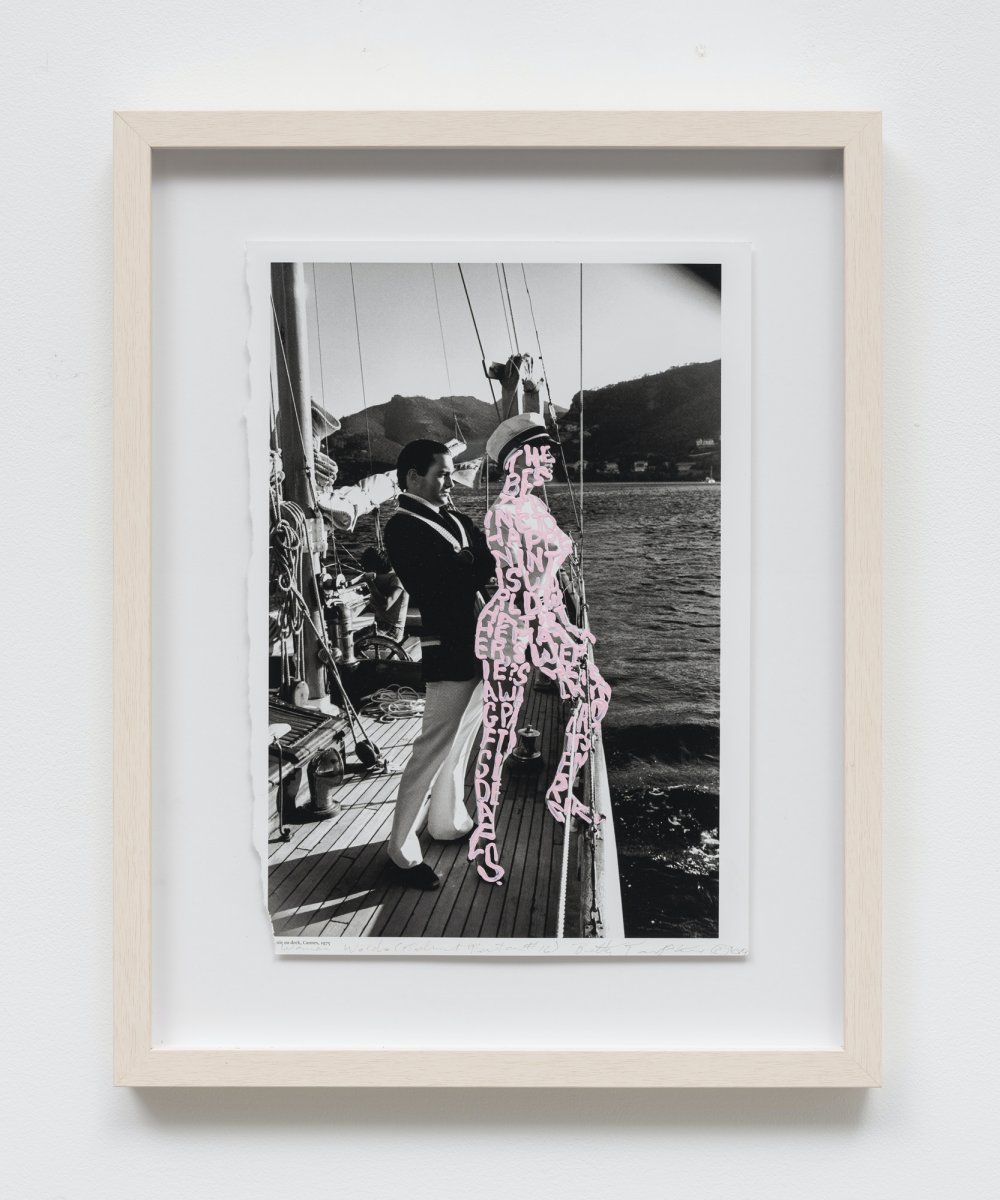 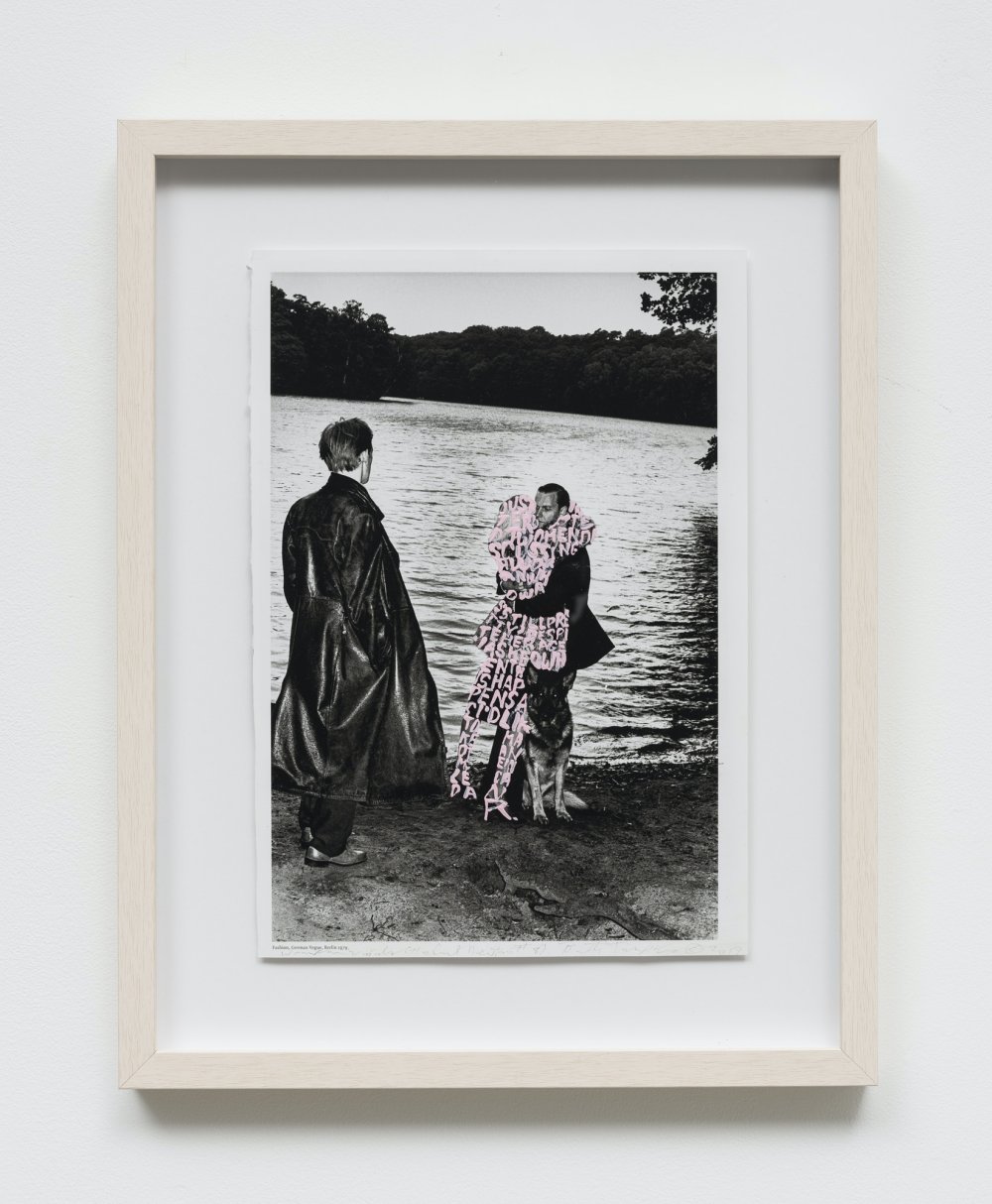 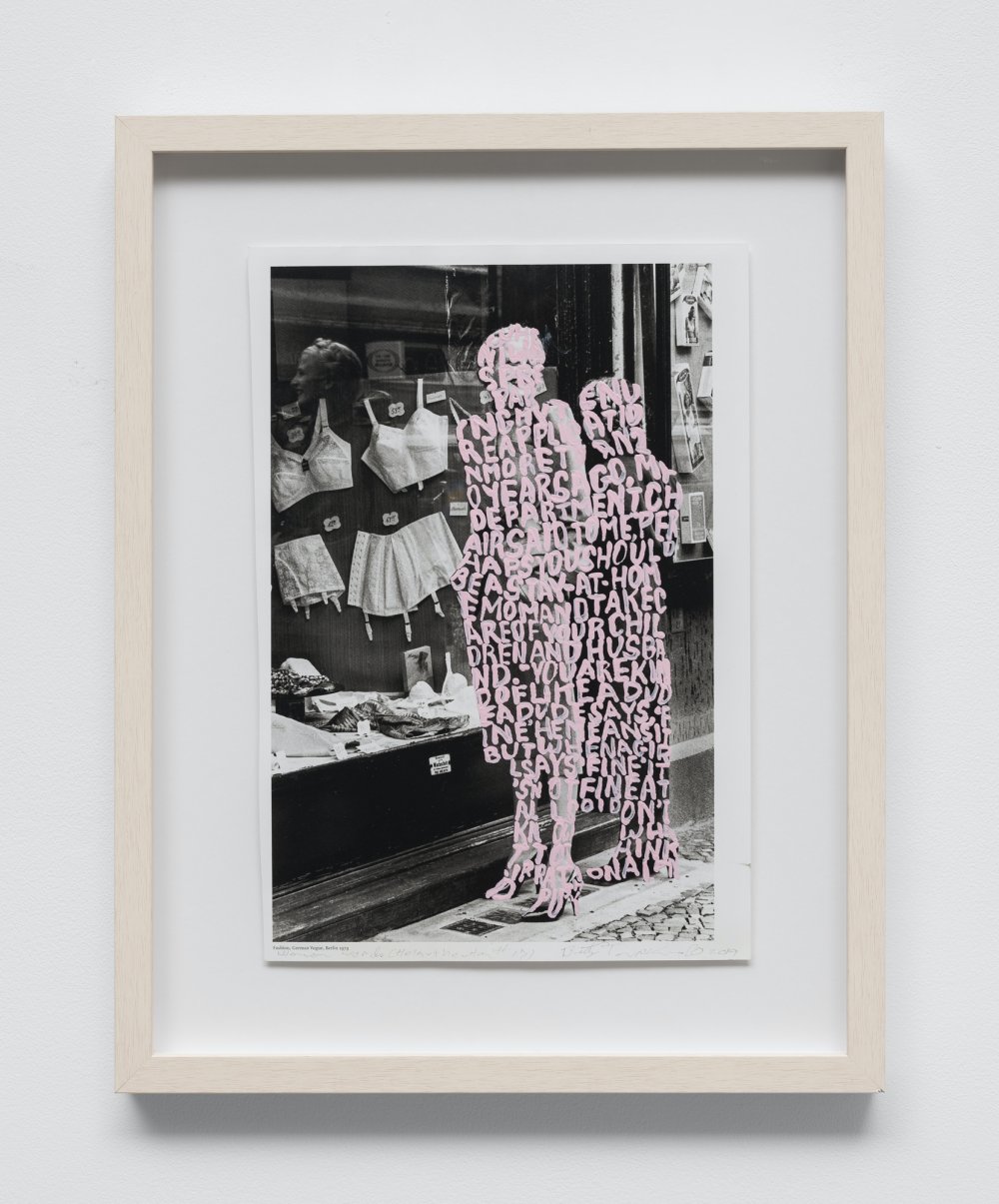 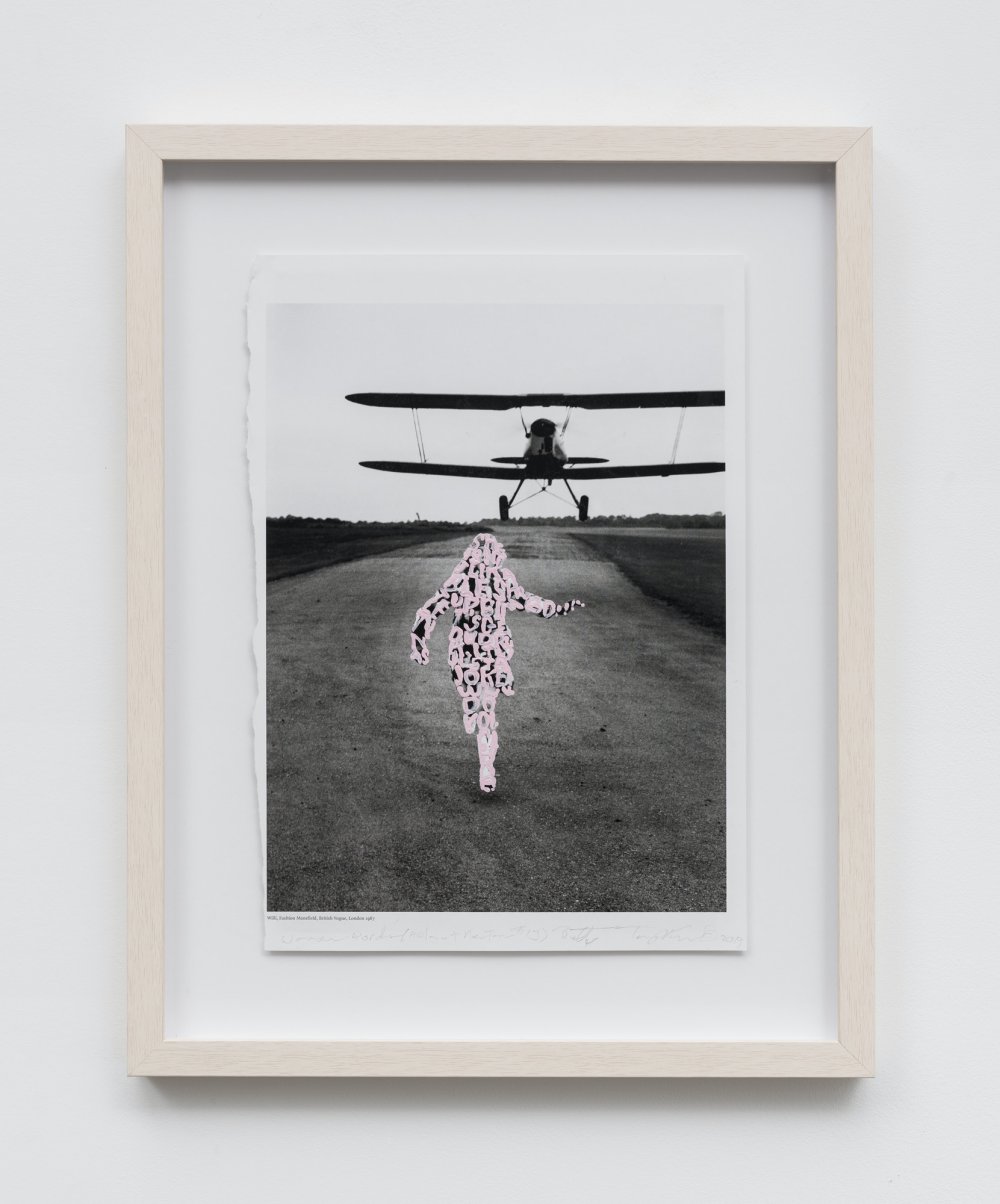 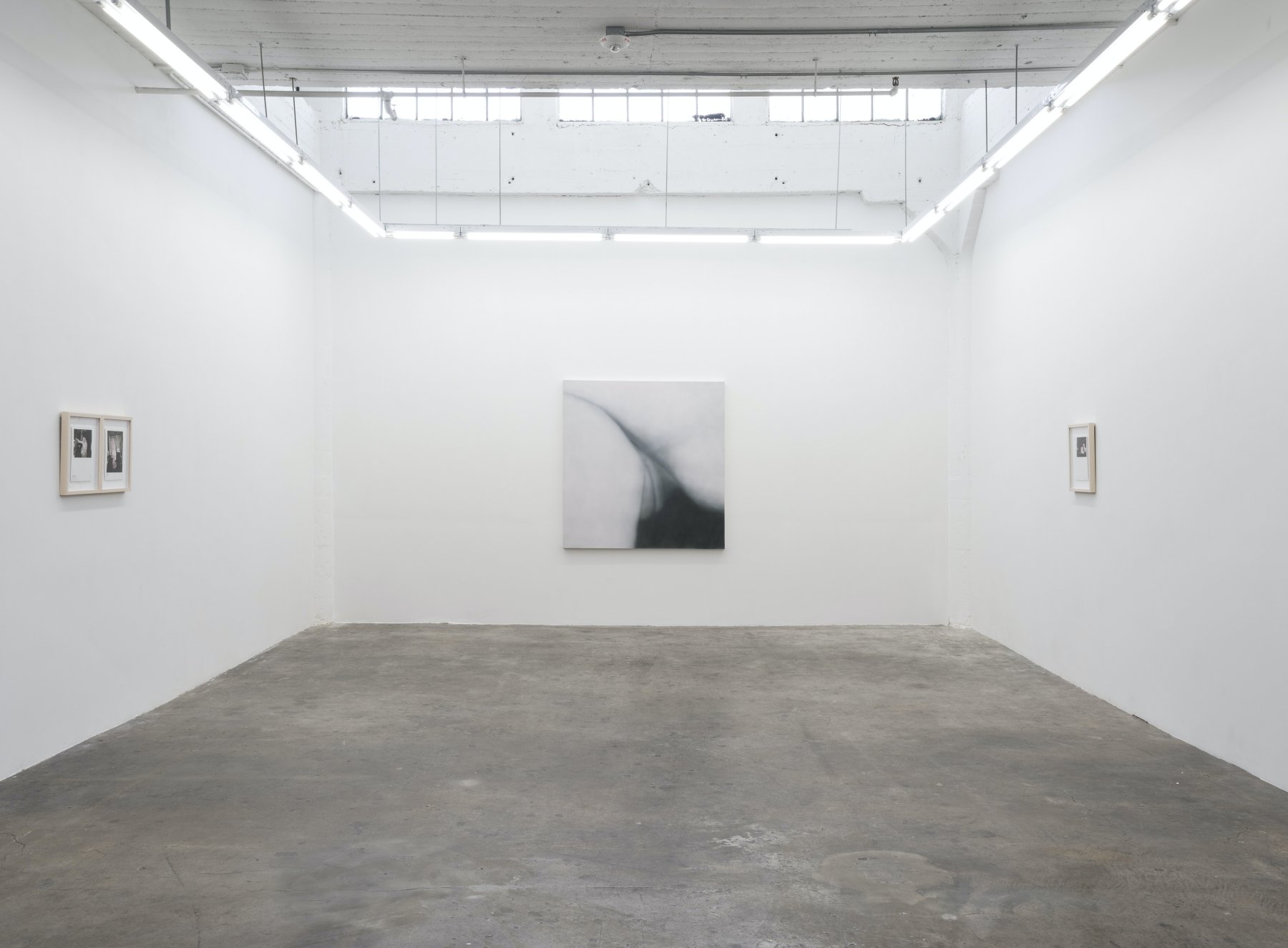 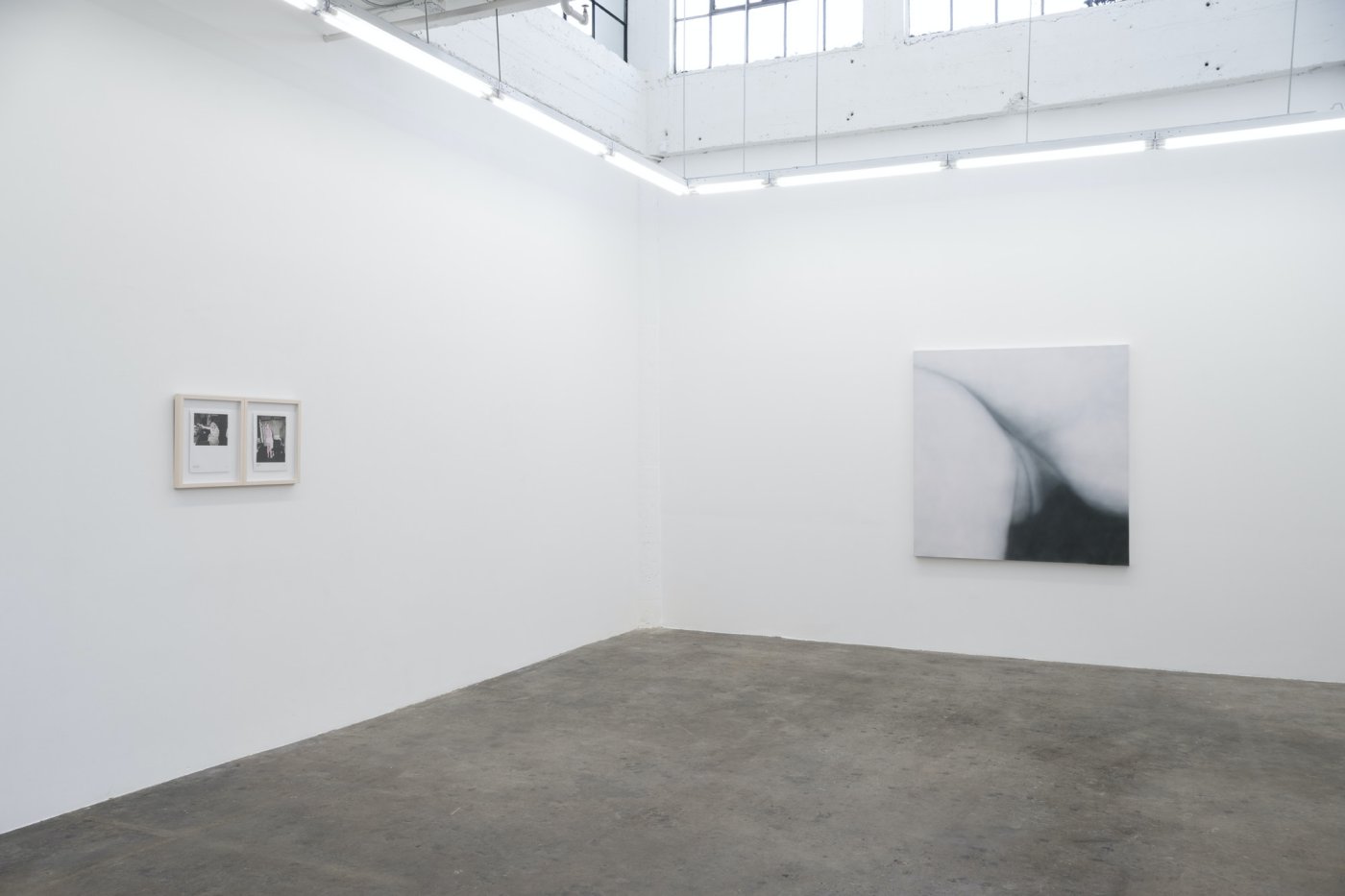 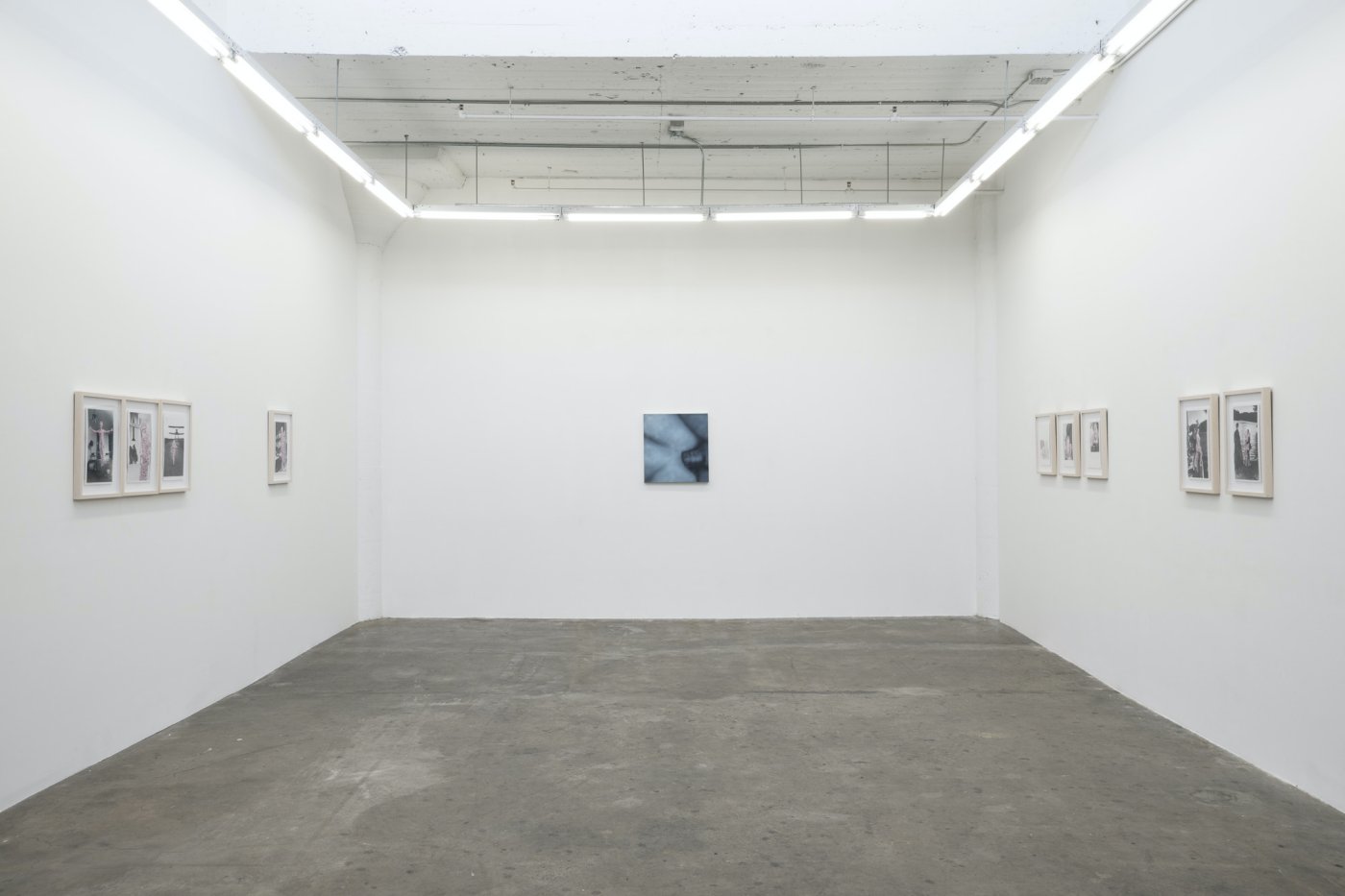 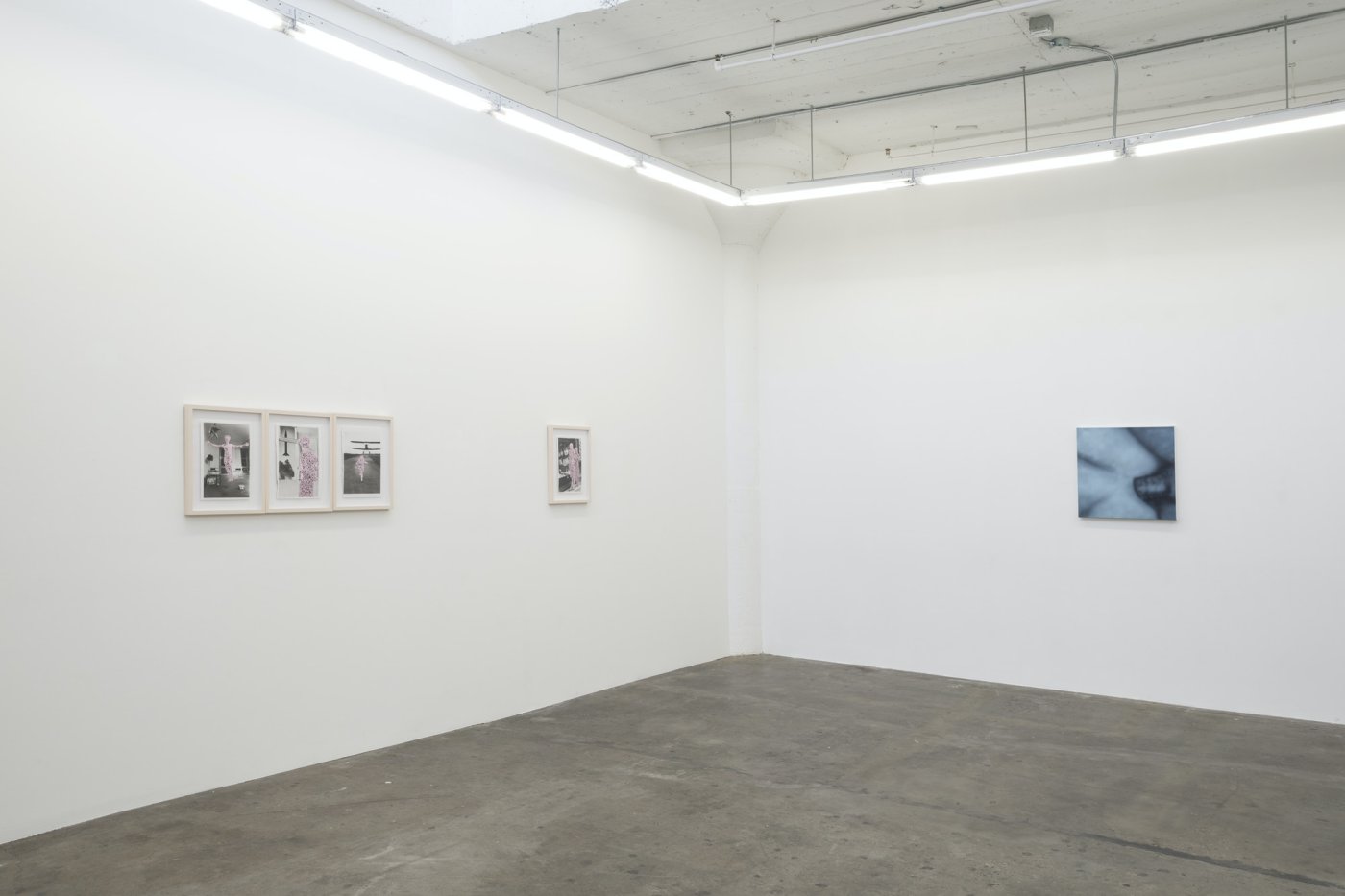 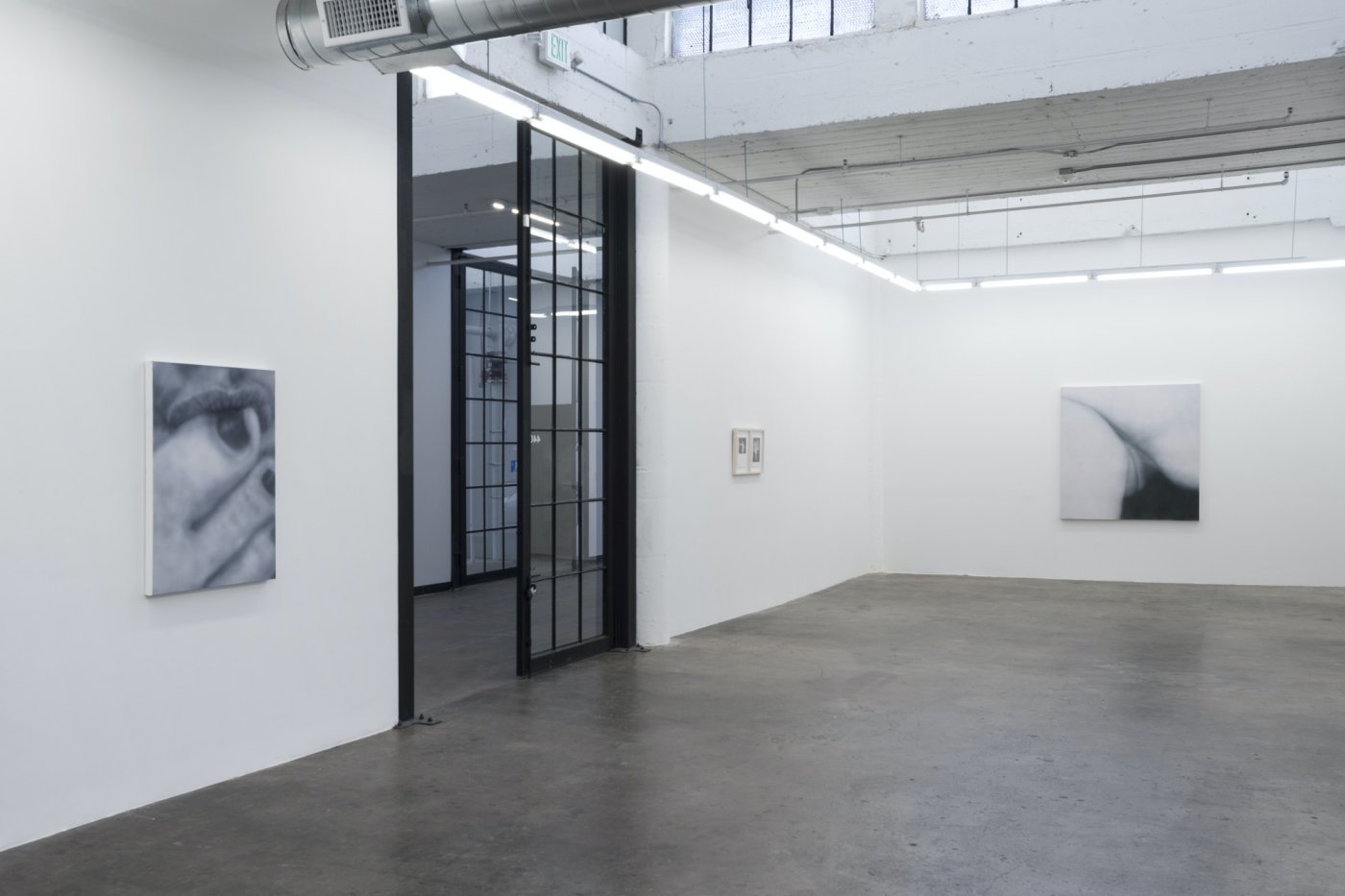 Also featured are new additions to Tompkins’s longstanding series, Fuck, Sex and Cunt Paintings, which collectively make up the centerpiece of her Montpellier survey, and in which pornographic and otherwise censorial images of women’s bodies are refashioned through the artist’s restrained acrylic grisaille

Though never formally accepted into New York’s feminist circles due to her controversial source material, Tompkins’ early work comprises one of the definitive artistic statements of second-wave feminism, and expanded the horizon and scope of critical imagery within the context of women’s autonomy. Her Fuck Paintings, a series she began in 1969, were originally censored from international exhibition for their confrontational reproduction of pornographic imagery, and have since gone on to earn a place in the permanent collection of the Centre Pompidou, Paris, France. As modern mores have shifted to allow for a broader acceptance of her incisive work, Tompkins continues to expand her investigations of female embodiment within societal constraint, reaffirming her interest in the unaccepted and unseen.

Some Sex, Lots of Talking marks an expansion of Tompkins’ practice of détournement, previously utilized in her Women Words series, into the realm of photography. A term used to describe the rerouting or hijacking of inoffensive visual culture, “détournement,” in the words of Guy Debord, “reradicalises previous critical conclusions that have been petrified into respectable truths and thus transformed into lies.”[1] In Tompkins’ work, this takes the form of appropriating canonical images of women, painted or captured by men, which have permeated our visual language and informed societal precepts of beauty and behavior. Tompkins defaces these images (previous examples include works by Vermeer, Degas, and Raphael), with her trademark pink script, incorporating women’s testimony of harassment and abuse into the picture. Using quotes and phrases culled from the recent outpouring of the #MeToo movement, Tompkins’ newest works détourn iconic photographs by Richard Avedon, Brassaï, Helmut Newton, and Weegee, transforming images of sublimation into objects of accusation.

Running the gamut from early newspaper reportage to popular fashion photography, the images Tompkins selects represent distinctive examples of Western visual culture which have long-since infiltrated our collective visual consciousness. In hijacking such palatable, broadly appealing works, Tompkins takes offense with the inoffensive, fashioning political demands out of romantic capitalist iconography which allow for no quick concessions or simple resolutions. In covering up these women—many of them unknown or forgotten outside of their role as a photographer’s prop—with the anonymous testimony of others, Tompkins both obscures and reveals, troubling a pervasive visual practice which relies on capture and dissemination for profit. Juxtaposed among these works are new additions to her Sex and Cunt paintings, which further accentuate her radical interest in appropriation, embodiment and gaze in regards to the female form.

Betty Tompkins (b. 1945, in Washington, D.C.) lives and works in New York City and Pleasant Mount, Pennsylvania. Her work was the subject of the solo exhibition Will She Ever Shut Up? at P.P.O.W., New York (2018), and Small at Marlborough Contemporary, New York (2017). Her work was recently included in To Cast Too Bold a Shadow, a thematic group exhibition celebrating the 100th anniversary of women’s suffrage at the Shelley and Donald Rubin Foundation, New York (2020), and the Museum Susch’s inaugural exhibition A Woman Looking at Men Looking at Women, curated by Kasia Redzisz, in Switzerland (2019). Betty Tompkins. Raw Material, a 2021 exhibition at MOCO Montpellier Contemporain, France, is the artist’s first solo survey at a major international museum.