‘Baft is another kind of painting with tubes.’
– Bertrand Lavier 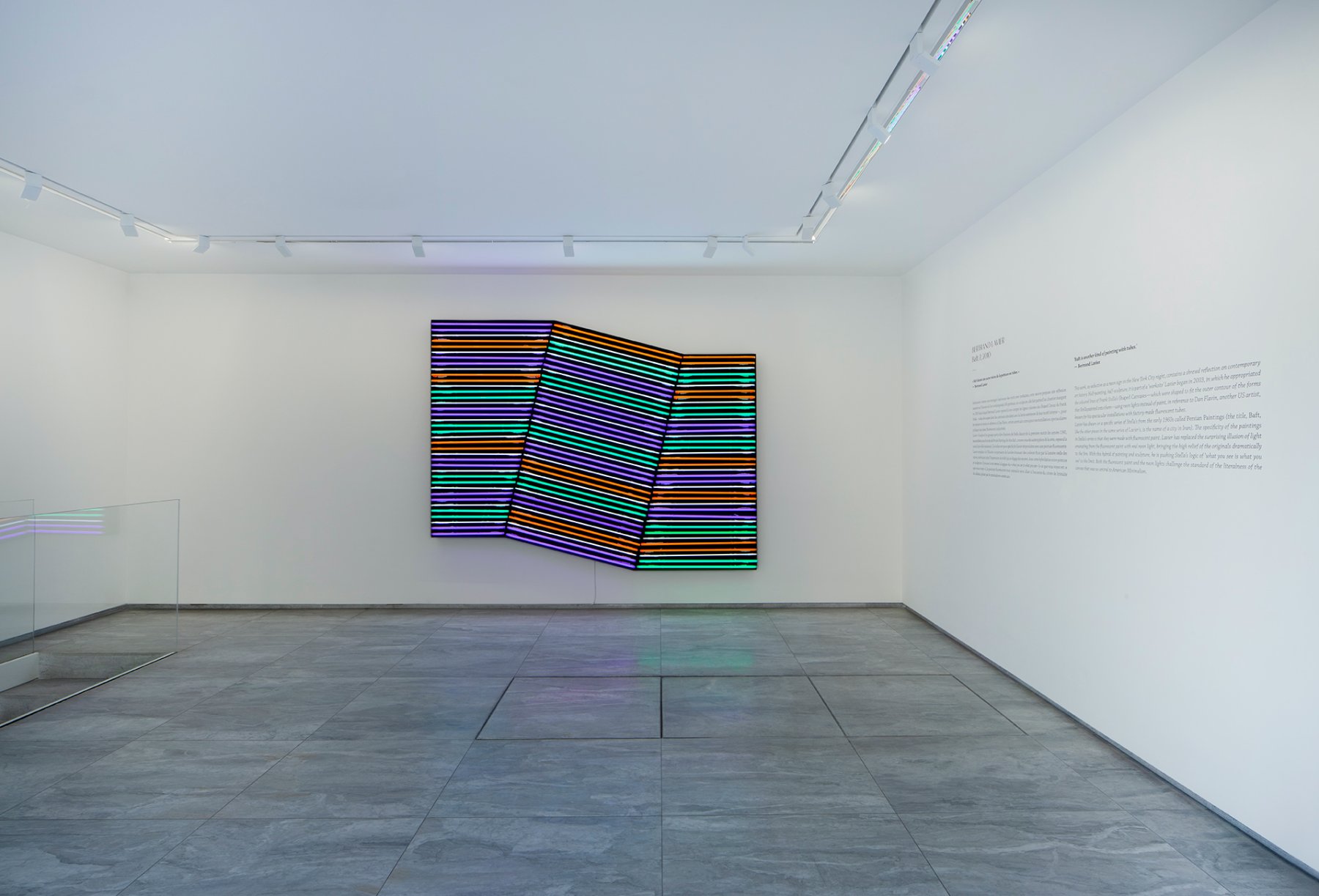 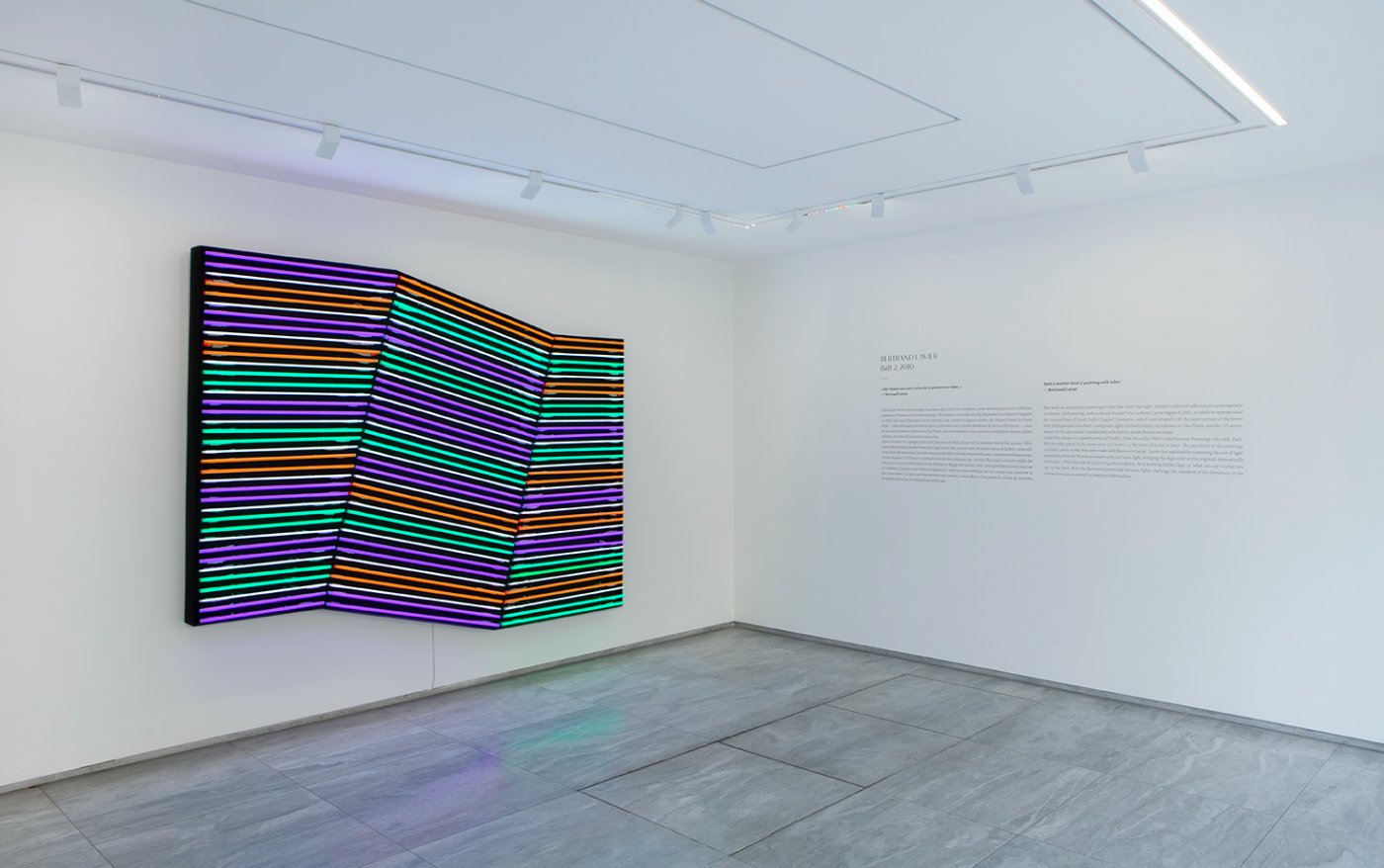 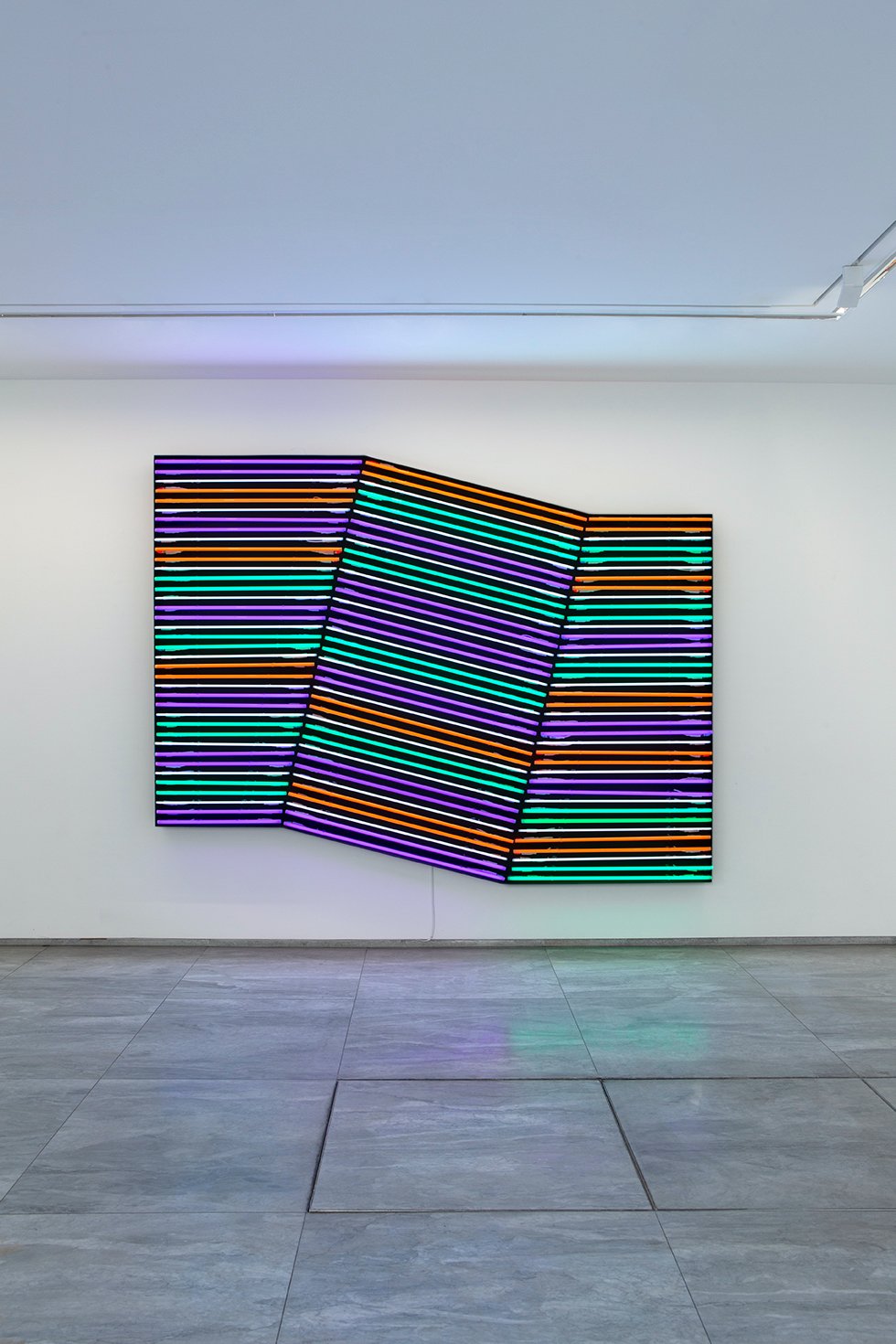 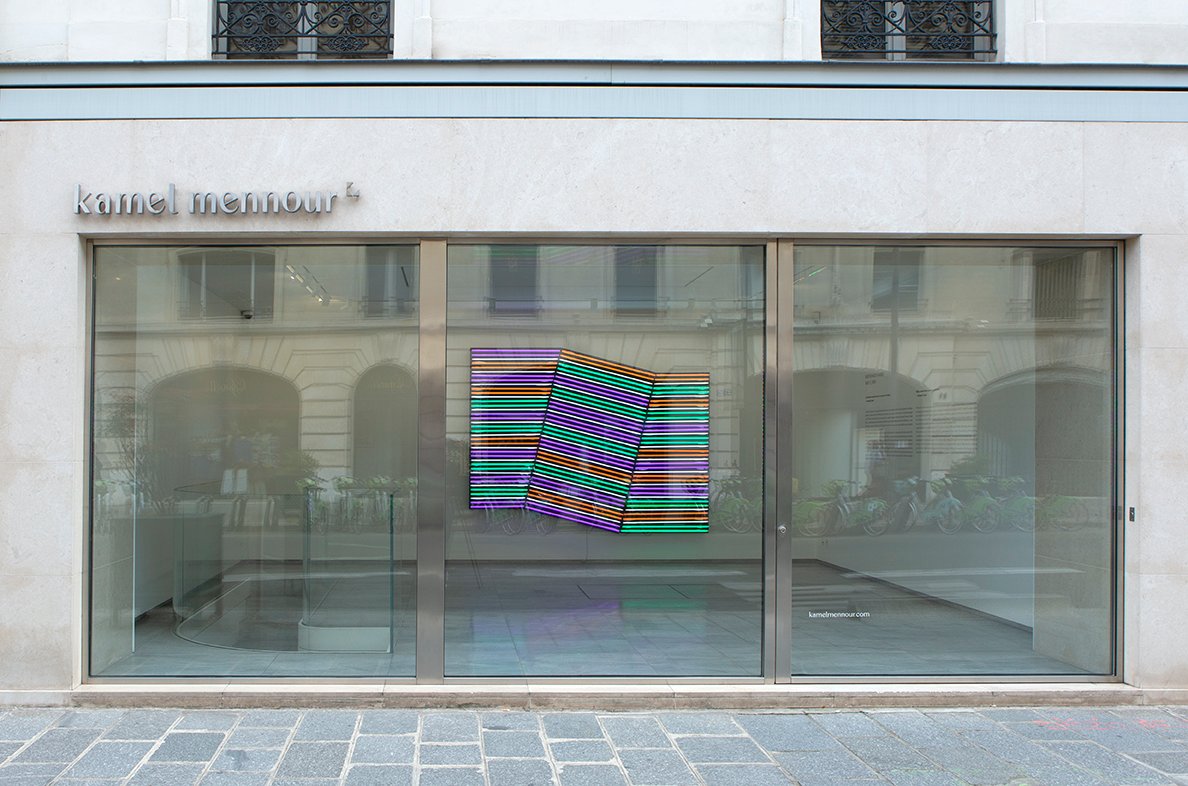 This work, as seductive as a neon sign in the New York City night, contains a shrewd reflection on contemporary art history. Half‐painting, half‐sculpture, it is part of a ‘worksite’ Lavier began in 2003, in which he appropriated the coloured lines of Frank Stella’s Shaped Canvases—which were shaped to fit the outer contour of the forms that Stella painted onto them—using neon lights instead of paint, in reference to Dan Flavin, another US artist, known for his spectacular installations with factory‐made fluorescent tubes.

Lavier has drawn on a specific series of Stella’s from the early 1960s called Persian Paintings (the title, Baft, like the other pieces in the same series of Lavier’s, is the name of a city in Iran). The specificity of the paintings in Stella’s series is that they were made with fluorescent paint. Lavier has replaced the surprising illusion of light emanating from the fluorescent paint with real neon light, bringing the high relief of the originals dramatically to the fore. With this hybrid of painting and sculpture, he is pushing Stella’s logic of ‘what you see is what you see’ to the limit. Both the fluorescent paint and the neon lights challenge the standard of the literalness of the canvas that was so central to American Minimalism.

Born in 1949 in Châtillon sur Seine, BERTRAND LAVIER lives and works in Paris and Aignay le Duc, near Dijon (France).
His work has been part of numerous solo and group exhibitions around the world: at the Centre Pompidou, the Musée d’Art Moderne de Paris, the Grand Palais, the Louvre Museum, the Musée d’Orsay, the Palais de Tokyo, the Monnaie de Paris, the Louis Vuitton Foundation in Paris and the Espace Louis Vuitton in Tokyo, the Château de Versailles, the Fondation Vincent van Gogh in Arles, the Consortium in Dijon, the Tate Gallery and the Serpentine Gallery in London, the Villa Sauber in Monaco, the Centre for Fine Arts in Brussels, at the Middelheim Museum in Antwerp, the Martin Gropius Bau in Berlin, the Haus der Kunst in Munich, the Kunsthalle Fridericianum in Kassel, the Frankfurter Kunstverein in Frankfurt am Main, the MAMCO in Geneva, the Kunsthalle in Berne, the Punta della Dogana Pinault Collection in Venice, the Macro Museo d’Arte Contemporanea di Roma and the Villa Medici in Rome, the mumok museum moderner kunst stiftung ludwig wien in Vienna, the State Hermitage Museum in Saint Petersburg, the MoMA PS1 and the Swiss Institute in New York, the Museum of Contemporary Art in San Diego, the Maison Hermès Dosan Park in Seoul, the Hong Kong Museum of Art, the Hôtel Le Bristol, Paris, as well as part of the Venice Biennale.