Simon Lee Gallery presents the second exhibition of new work by Bernard Frize to be held in the Hong Kong space.

Since the late 1970s, Frize has explored and elaborated the processes that define painting, with inventive means of applying paint that allow him to develop a profound exploration of his method and of the materiality of the medium. Devising a process that allows the painting to emerge through its implementation, the works develop out of the logic of material procedures instead of a predetermined composition. More agent for the prescribed procedures than architect, Frize eradicates personal decision rather than premeditating the end result. Free of personal expression, his practice is based on technique and movement in which paint, tools and formulated methods for applying paint on canvas determine the motif or pattern.

Frize develops series of work often worked through in the studio in their entirety, with a certain technique or process functioning as the point of departure. The parameters of a specific compositional syntax in these groups of paintings are established and explored until the artist considers them to be exhausted, at which point the next group of conditions is revealed. Introducing new works from just two series, this exhibition emphasises the sense of seriality and expanding variations on a theme governed by a common structure.

Investigating the permutations of brush, paint and action, Frize’s vibrantly coloured works of acrylic trace patterns of interconnected and alternating gestures. At times using several brushes concurrently, each loaded with a different hue, a sequence of movements is executed, trailing the paint-filled brushes across a canvas coated with shining layers of resin. These rigorously choreographed brushstrokes result in interlocking, overlapping grids and geometric forms often derived from contemporary mathematical theory. Despite Frize’s austere approach, the rule based process also creates conditions for freedom and chance to manifest in the performance of the materials. Wet, translucent layers of paint bleeding into one another, brush marks and variations in pressure and speed on the painted surface achieve a surprising unpredictability, opening up the exploration of line and colour to new alternatives. 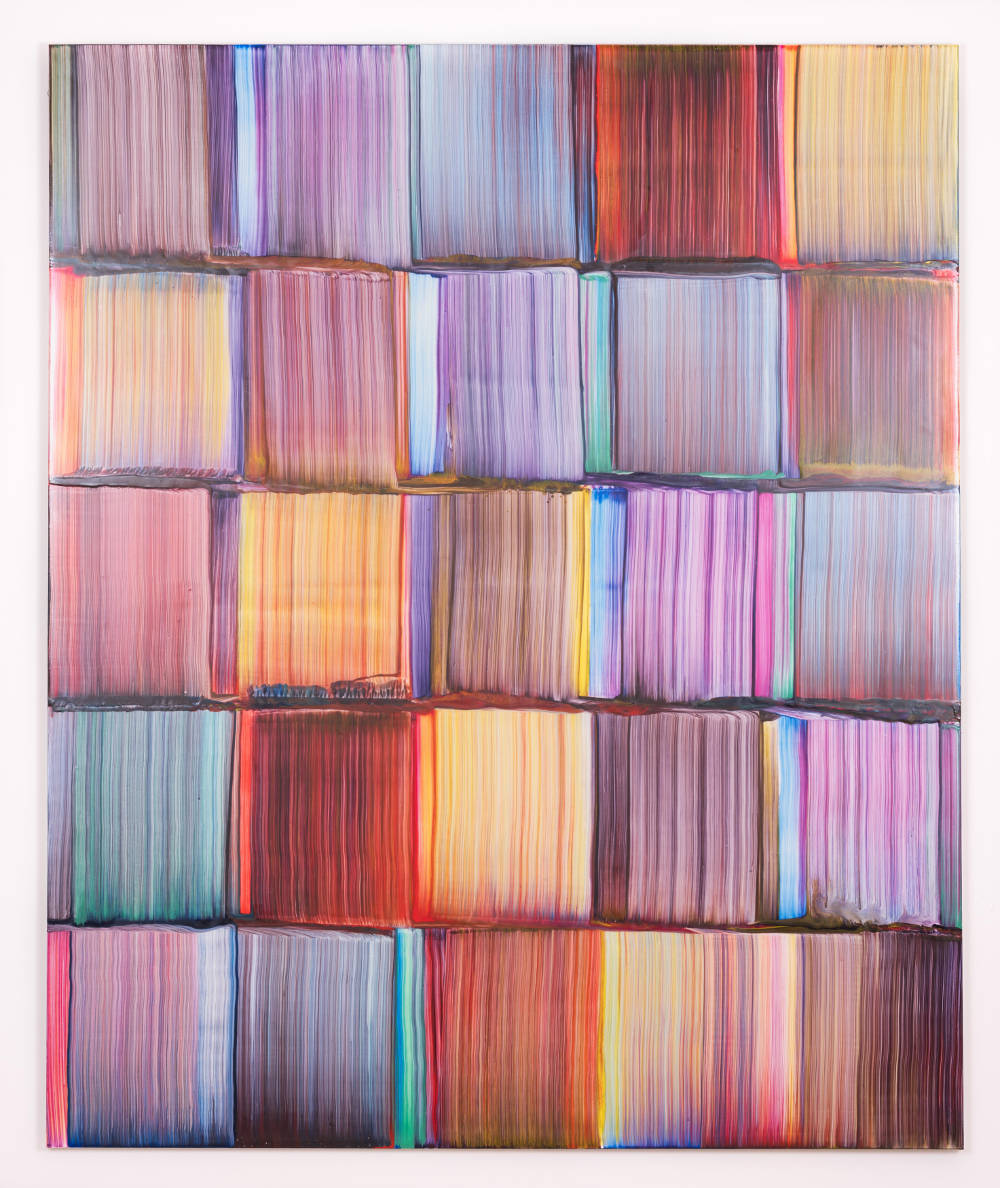