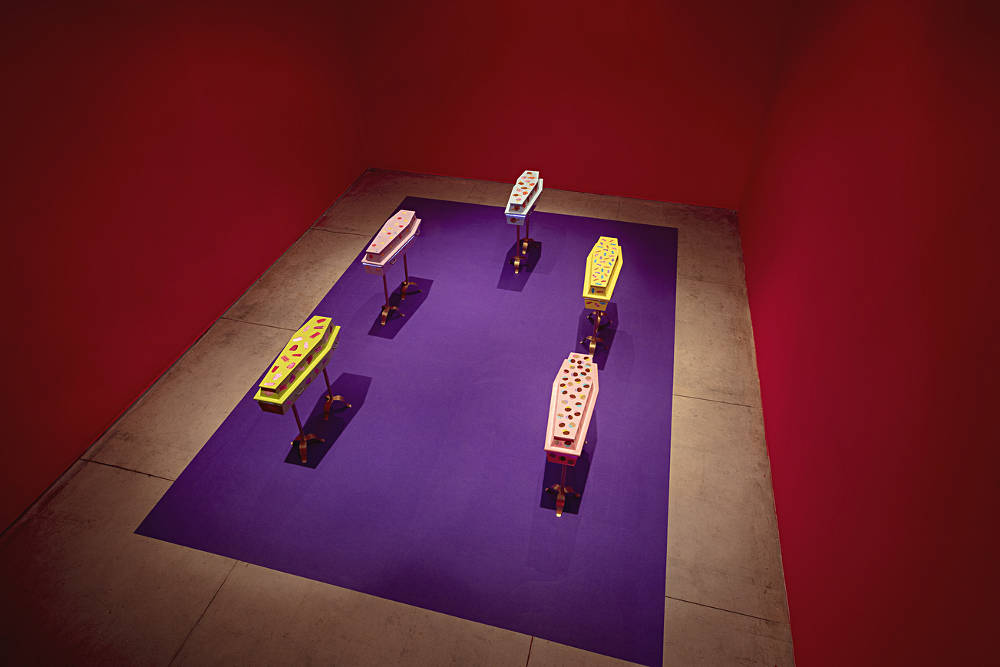 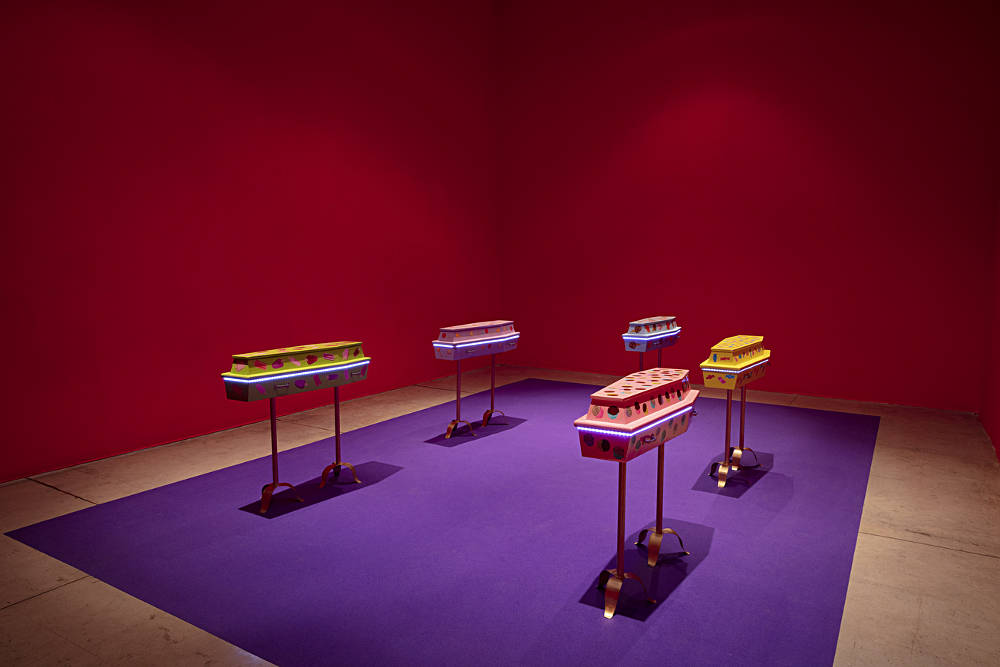 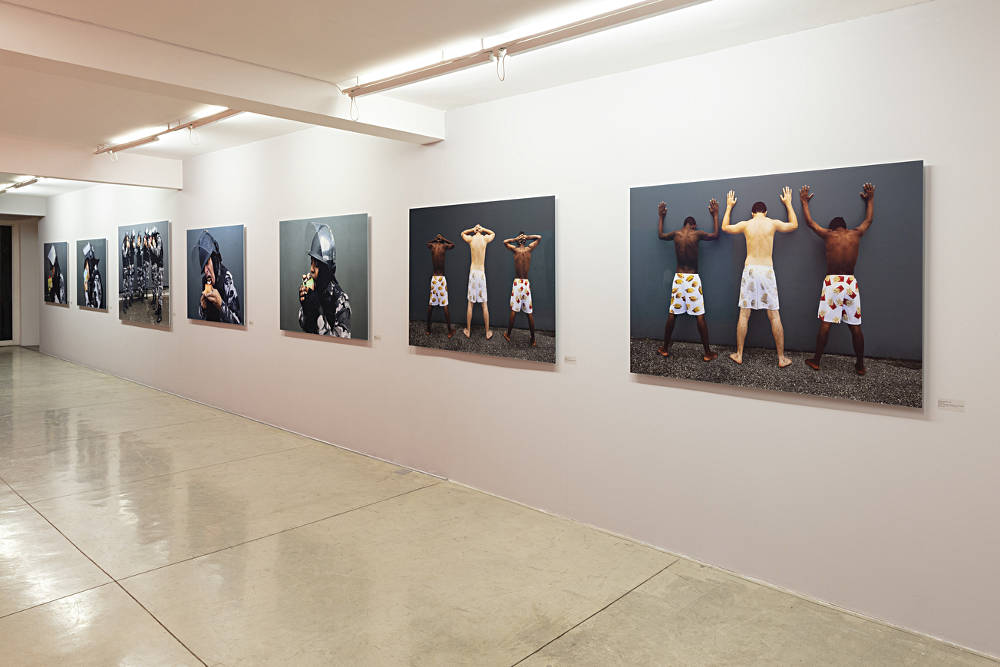 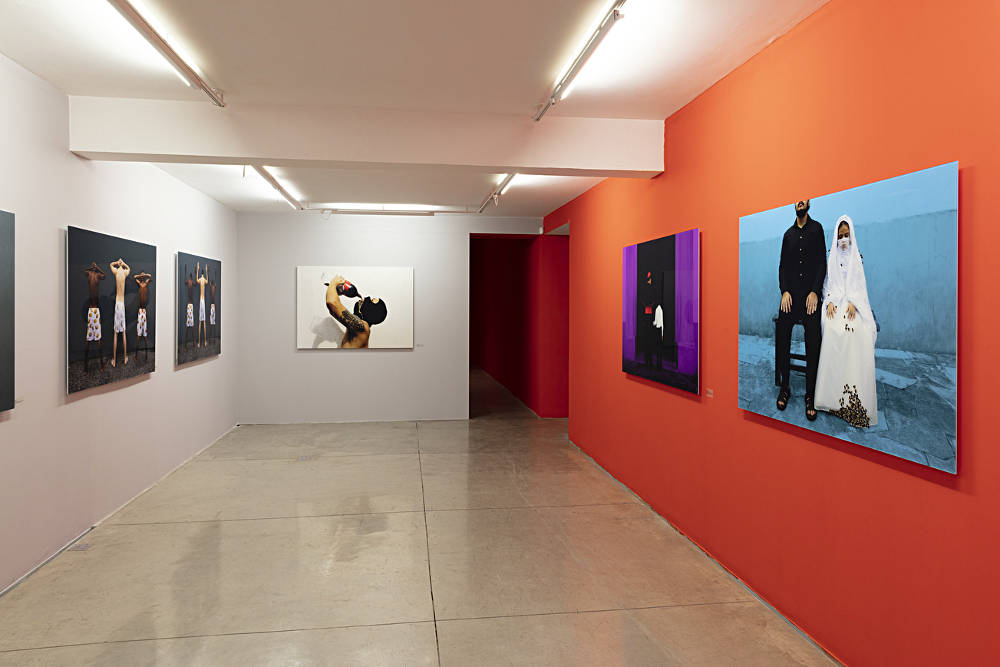 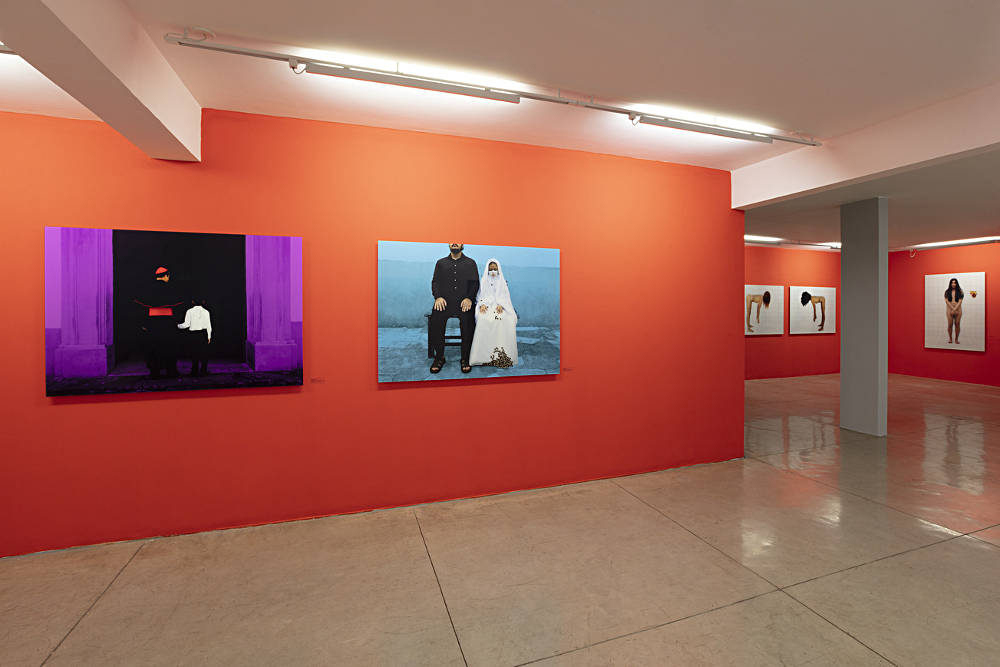 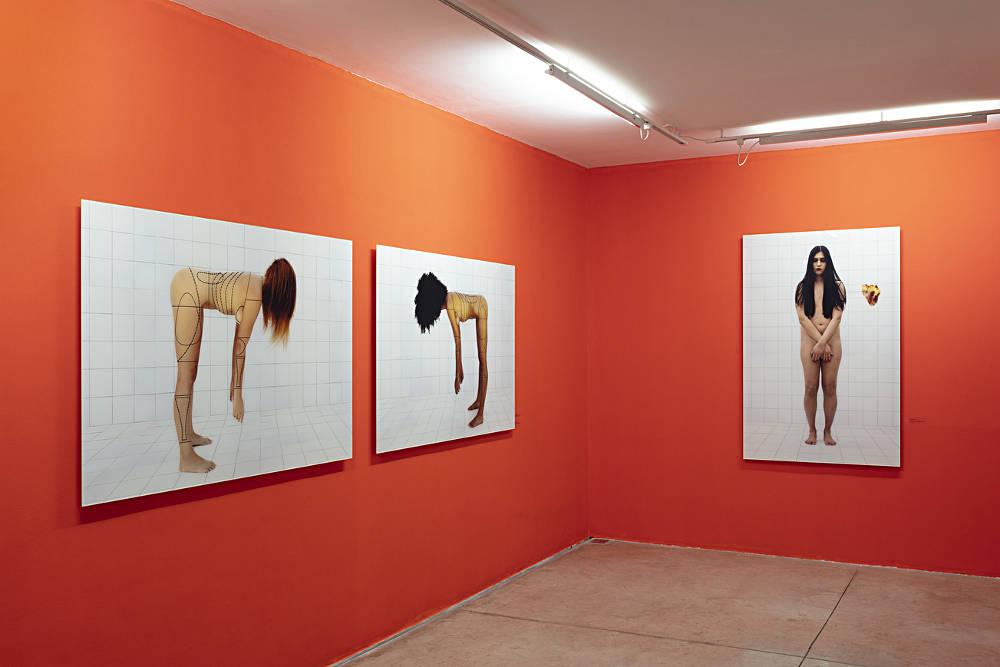 Her performances, which render videos, photographs and installations have allured national and international interest, exemplified by the invitation for the artist to represent Brazil in the 2015 Venice Biennale. This all happened very quickly. It’s because Berna entered the art scene with mature works, focusing on one of Brazil’s most sensitive and overpowering social issues violence. Mostly set in Belém do Pará, where like in any other large Brazilian city, newspaper crime sections have become increasingly detailed and television news shows are plagued by barbarities; hunger, murder and insurrections are part of daily life; and people share images of violence on social media, the artist is witness to an exponential increase in the naturalisation of violence in people’s lives.

Self-starred, her performances touch on these issues and others in a way that renews the viewer’s indignation, fear and sadness. In GULA (GLUTONY), Berna Reale maintains the same line of questioning from her previous research; however, her manner is less explicit and literal, pusing the viewer to decipher subtler signs.

Composed of six photographic series and one installation, the artist opens the exhibition with a set of images (Sobremesa – Dessert) in which trained policemen, voraciously attack decorated cakes layered with thick icing. The uniform-clad men ostensibly parade down the street, camouflaged. The scene is symbolic of the unaddressed civil war that has ensued in the country. The occasional laughter generated from the oddity of this scene gives way to the larger question: what is the avidity, this unbridled gluttony with which they eat about?

Yes, it is something to do with the incessant march in which social strata devour one another, the blood-splattered, arrogant canibalism of those tasked with securing order whom, despite their low ranks, do not hesitate to open fire amid communities, victimizing the innocent; their voluptuous crackdown on the underprivileged legions; the humiliating body searches they conduct upon the penniless; this class who get treated like they are not human, the same class most of the policemen themselves belong to.

The danger of giving weapons to those in power stems from the pleasure it brings. An eagerness which quickly turns into more or less explicit sadism, as in the case of those who tout themselves as spokespersons for divinities, the church staff who compromise childhood (Comida batizada), the pre-pubescent girls given over to grown men (Comida caseira), those who ogle women like pieces of meat (Comida de lobo), those who attack transvestites driven by hate and because they believe these people don’t deserve to exist, or that they are not even people to begin with (Comida de Leão).

It is worth mentioning the two images from the Comida de rua series: three boys (men?), one white, one black, one mixed, clad only in shorts, all of them facing the wall, their hands splayed upwards, unable to look at the faces of those berating them. Each of the boys’ shorts are adorned with a different print: popcorn for the white boy, hotdog for the black boy, and French fries for the mixed-race boy. Popcorn, hotdog and French fries; three of the vulgar, fast, cheap foods that the underprivileged feed upon. Three examples of so-called junk food, designed to bring about quick satiation, as are the kids whose crime is being poor, in the eyes of the professionals tasked with maintaining order, and whose quick pat downs will often harass them out of simple desire to savor their sweet power.

Finally, in the last room of the show is GULA, an installation composed of five small coffins, intended for children, forming something like an empty wake. Tragic, weren’t it for the fact that they are all lacquered and adorned with candy, the sweet matter that childhood delights in.