These trees lost their bark (their skin) a long time ago. Still standing in the same place where they were once planted, but for how long? They are dead, depleted to an extent that even when burned they wouldn’t produce enough warmth to provide some comfort. Their only use is to the woodpecker that pierces them and to an infinite amount of insects and vermin. Stripped from their bark they look fleshy, human even. Like tendons and bones.
From a letter written to J.M. Coetzee, 12th November 2012

Galleria Continua presents a new solo show from one of the most important figures on the modern art scene, Berlinde De Bruyckere. 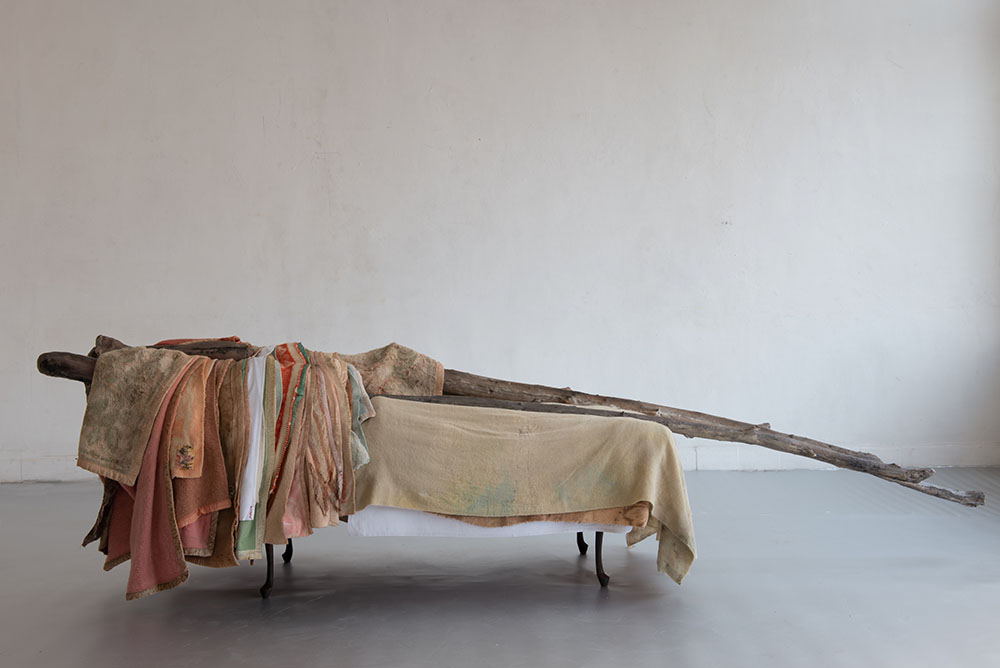 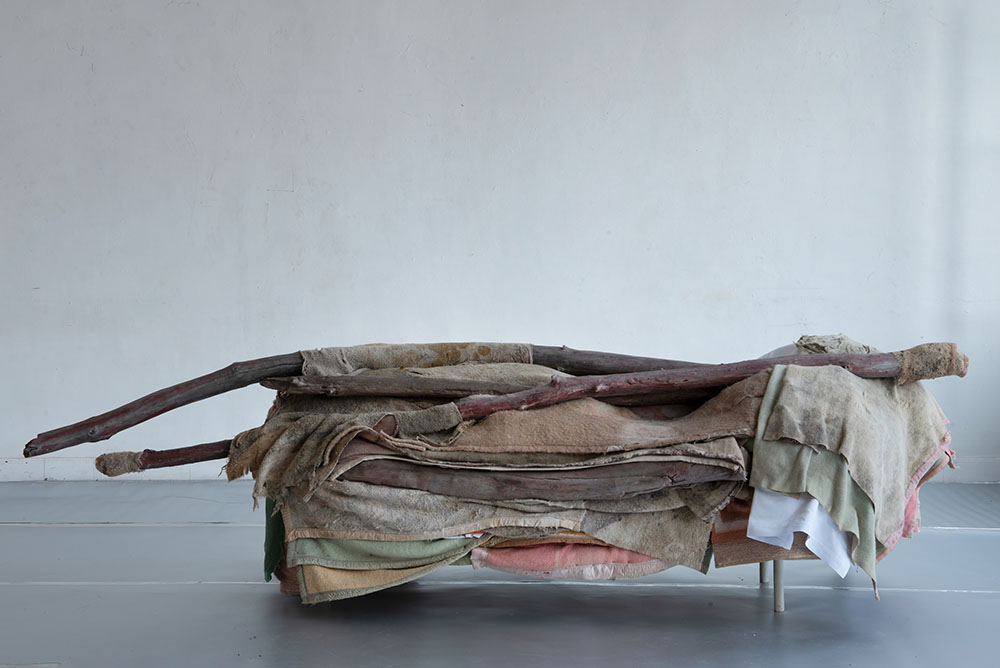 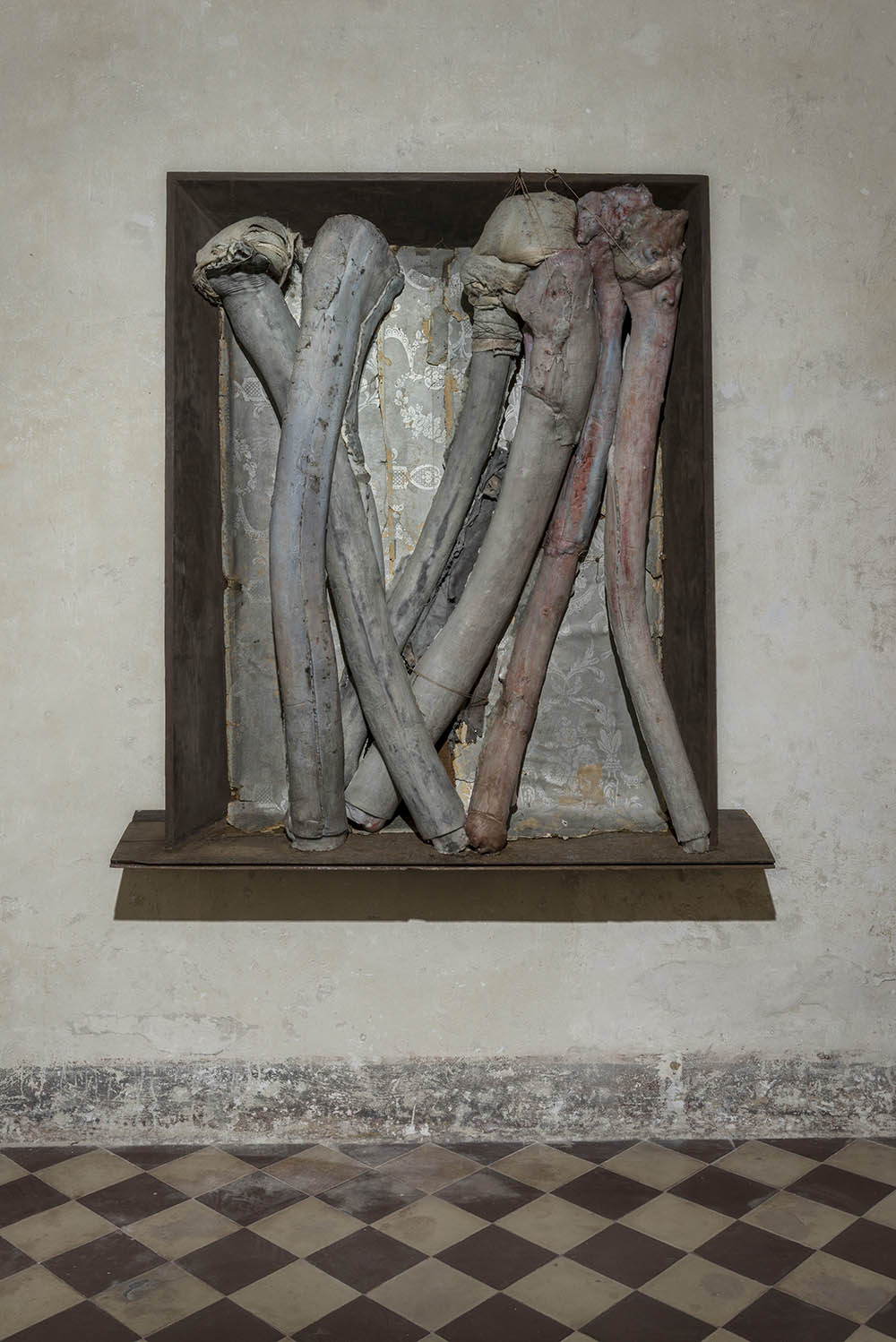 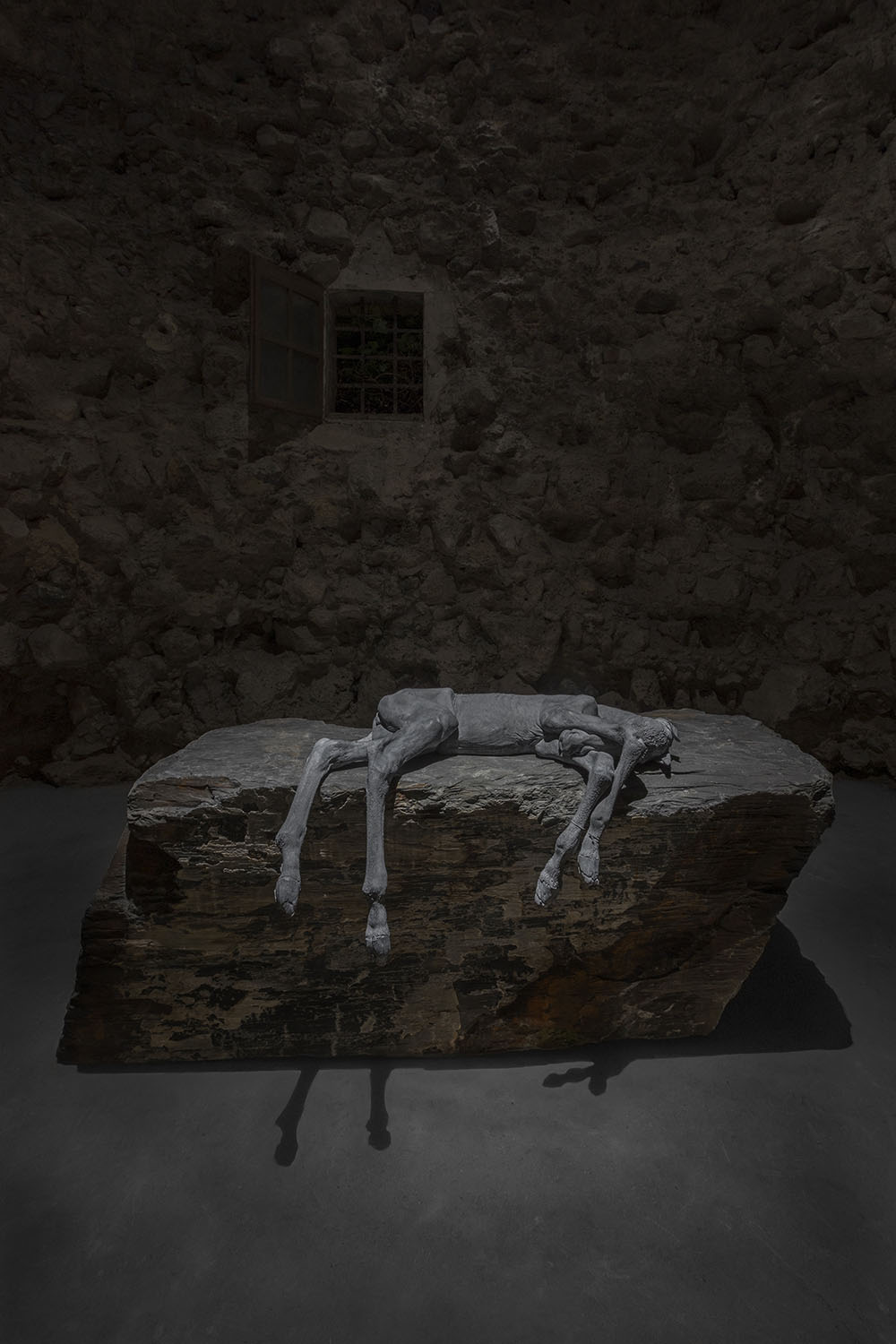 The Belgian artist presents a series of works created specifically for the gallery’s ‘apartment’ space, taking the element of the private apartment, the familiarity of the personal space as a motive throughout the show. Objects that speak of the bare necessities of human life are entwined with wax casts of broken down trees. Hereby imposing the force of nature upon the most sheltered of places, the domestic environment. Born out of the compelling need to investigate the human condition in depth, the sculptures illustrate an archetypal pain and reflect on timeless human themes such as vulnerability, mortality, loneliness, suffering and remembrance.

De Bruyckere’s works conjure a universe filled with discomfort which has attracted the attention of the international art world since the early Nineties. Ever since the first phase of her career, the artist has constructed shelters: precarious structures, made of textile, and piles of beds and blankets – a reflection on the desperate human search for refuge and protection, embodying it’s comforting presence as well as it’s suffocating nature. Her work is characterised by the exploration of opposites: life winning over death, the redeeming capacity of love in the face of violence and fear, violated bodies that at once both reveal and conceal themselves. Full of power and sensuality, her wax and horse-skin sculptures describe a world of destructiveness and cruelty, but also of human dignity, redemption and love.

When called upon in 2013 to represent the Belgian Pavilion at the 55th Venice Biennial, the artist entrusted the curatorship to the Nobel prize-winning African writer J.M. Coetzee, inviting him to join her in reflecting on the particular circumstance of finding ourselves dependent on others, in need of help and lacking the means to provide for ourselves. De Bruyckere presented “Kreupelhout – Cripplewood”, a gigantic wax cast of an uprooted elm tree, painted in the fleshy colours of human skin and thus representing the human body: fallen, wounded, partly covered with bandages and gently supported by pillows and blankets. The project came to maturation slowly, weaving together memories of dead trees in a forest in Burgundy and of an uprooted elm with the iconography of Saint Sebastian, who himself is often shown tied to a tree and shot through with arrows. “This man,” Berlinde De Bruyckere affirms, “despite his wounds, remains a symbol of virility and beauty. We, like him, must accept our scars in order to survive (…). Each of my works contains both life and death – Eros and Thanatos are always present; but here, additionally, there is the idea of taking care.”

In the San Gimignano exhibition, the tree is present once more as a very symbolic image, connected to life, but also as a powerful, changing, organic, material element. There are tree trunks which have been ‘flayed’ of their bark. Hollowed out and reshaped by time, bruised and scarred, they are captured within a painting like frame, forcing them into the realm of the domestic. Others, that still have the rough structure of their bark cast in wax, find precarious shelter within a large wardrobe, standing frail but proudly side by side. Matter which undergoes transformation into something other: fragility becomes manifest – tangible in its continuous passage between strength and vulnerability, suffering and healing, neglect and solace. A narrative attained through extreme forms – to which the wax sculptures hanging from the gallery walls are no exception – yet always linked to the possibility of change in the shape of growth and improvement.