David Zwirner presents an exhibition of work by Indian artist Benode Behari Mukherjee (1904–1980) at the gallery’s London location. The first solo presentation in Europe devoted to Mukherjee, the exhibition focuses on the artist’s collages from the late 1950s and 1960s, after he lost his sight.

A pioneering Indian modernist, Mukherjee blended imagery and iconography from Indian life with a signature visual style influenced by Indian, East Asian, and Western art practices and traditions. Mukherjee studied with the celebrated artist Nandalal Bose as one of the first students at the renowned Kala Bhavana, the fine-arts institute founded by the poet Rabindranath Tagore at Visva-Bharati University in Santiniketan, West Bengal. The curriculum of Kala Bhavana was structured similarly to that of the German Bauhaus (Tagore travelled to Europe often, and he visited the Weimar Bauhaus in 1921), with students encouraged to explore form and style in an open manner with various mentors. Rather than depicting mythological or nationalistic imagery, common themes and subjects among Indian artists at this time, Mukherjee examined nature and his immediate surroundings. He created works in a variety of media, from graphite drawings to wall frescoes, all of which exhibit a deeply modernist yet highly individualistic and contextually specific sensibility towards form, colour, and composition. As art historian Juliet Reynolds writes: ‘[Mukherjee’s] attempt… was to reconcile Indian folk and classical art with far-eastern calligraphic painting, European early-Renaissance conventions and modern idioms.’(1)

After finishing his studies in 1925, Mukherjee joined the faculty at Kala Bhavana, becoming a major influence on subsequent generations of Indian artists. In 1936 and 1937, he spent time in Japan and China and was taken with the landscape and calligraphic traditions of those visual cultures. Born blind in one eye and myopic in the other, the artist lost his eyesight completely in 1957. Rather than ceasing to produce visual art, Mukherjee expanded his practice, continuing not only to create drawings but also to explore more tactile media, such as sculpture and especially collage.

On view will be a range of these late period collages. Evoking the style and format of Henri Matisse’s paper cutouts, Mukherjee’s collages are nevertheless thoroughly distinctive and emblematic of the artist’s own experience and style. He created these works by shaping and organising his figures through touch and deciding on and dictating specific colours for the compositions from memory. The collages also reveal how the artist continued, even after losing his eyesight, to depict subjects and imagery that he had encountered throughout his life—from street processions to Bengali theatre—all rendered from memory in a bold, joyous, and vibrant style. Reclining Man exemplifies Mukherjee’s sensibility. The work depicts a figure with orange skin wearing blue clothing and resting his head against his hand with his knees bent. Though presented in a natural pose, the figure’s body extends diagonally from one corner of the composition to the other, actively drawing the viewer’s eye across the surface of the collage. Pointed blue and red lines match the shape of the bent body, further reinforcing the contained energy within the work. Several collages are entirely abstract, and even in some of the figurative compositions, imagery tenuously balances between the formal components and the representational whole. Collage with Fish (1958) features elements of a traditional still life, yet they are rendered as simple geometric shapes and forms. Collage material fills negative space, visually and materially playing with figure-ground distinctions.

Also on view will be a selection of the artist’s felt-tip pen and charcoal drawings. These works exhibit Mukherjee’s remarkable control and energy, underscoring his connection to his media and his ability to grasp spatial order and compositional balance through gesture and the movement of his pen, rather than sight. Emerging from the artist’s deep intuition and understanding of form, a series of dynamic, gestural lines become animals parading through space or figures strolling while holding umbrellas, among other subjects. Highly playful, inventive, and evocative, the works on view testify to the deep connection between Mukherjee and his craft.

The exhibition has been organised in collaboration with Vadehra Art Gallery, New Delhi, who represents the estate of the artist. Several of the works on view will be on loan from the collection of the Kiran Nadar Museum of Art, New Delhi.

Benode Behari Mukherjee was born in Behala, West Bengal, in 1904. He worked as an artist and teacher for over six decades and is widely recognised for his impact on modern and contemporary art in India. In 1972 the celebrated Indian filmmaker Satyajit Ray made The Inner Eye (1994), a documentary about Mukherjee and his art. In 1974 he was awarded the Padma Vibhushan, one of the highest civilian awards bestowed by the Republic of India. In 1979 Chitrakar was published, a collection of Mukherjee’s memoirs and writings on art, for which he won the prestigious Rabindra Puraskar and Bharatiya Bhasha Parishad awards in 1980. 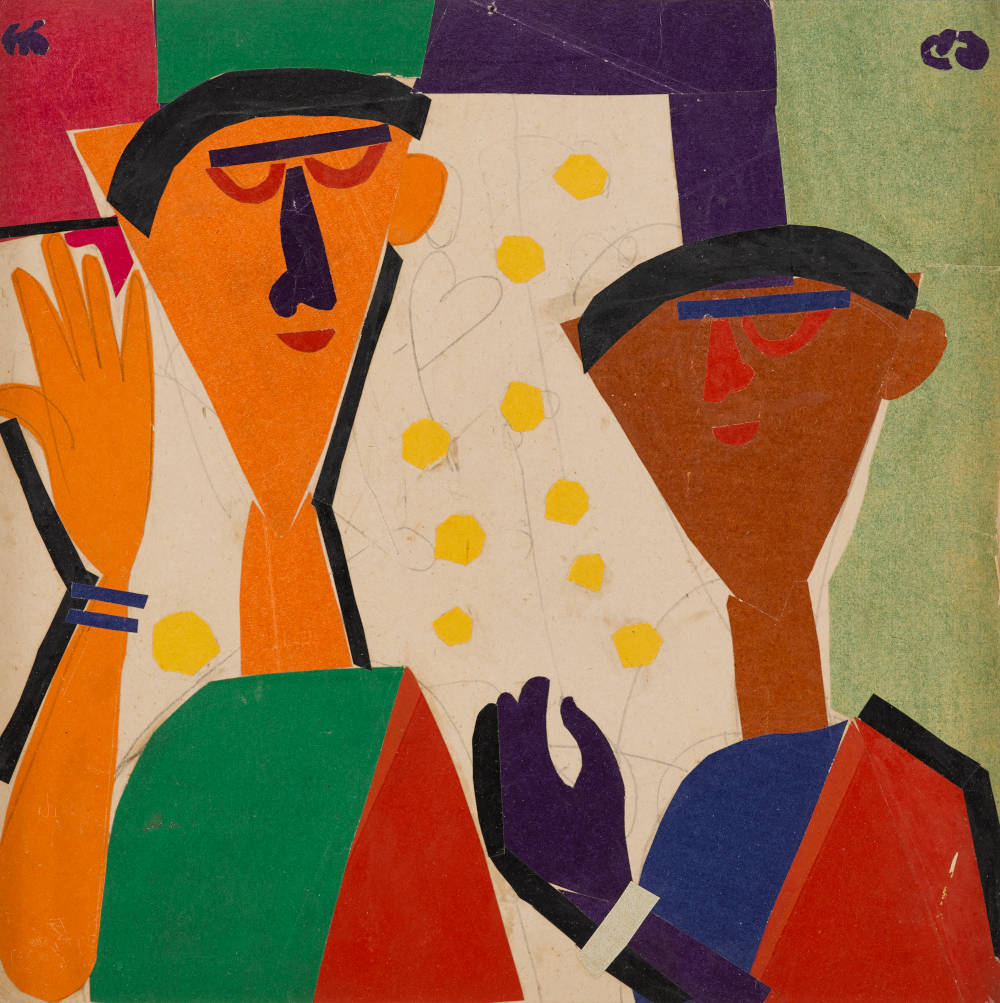