“Emu Man, the washed up old superhero, might be a self-portrait, unable to repair the past and incapable of changing the future but happily surviving Covid”
(Ben Quilty, 2022)

Sprovieri presents THE EMU MAN, in collaboration with A3 Arndt Art Agency, Ben Quilty’s debut exhibition at the Gallery. 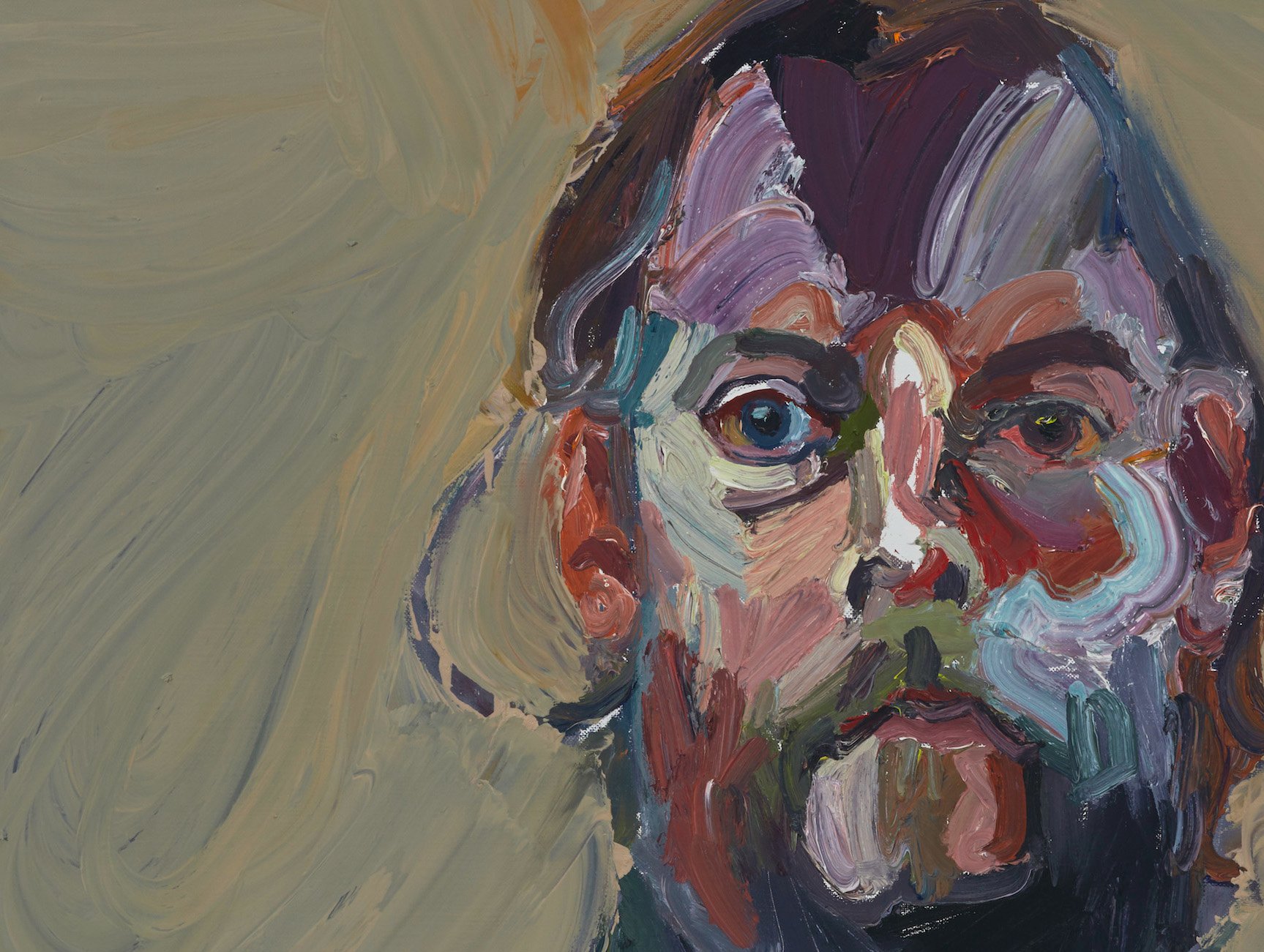 Quilty’s paintings are largely influenced by his experience of contemporary Australian culture, and particularly the drug-and-alcohol imbued culture of his youth; later experiences including political activism and a position as an official war artist have also shaped his practice. The bold themes which dominate Quilty’s practice are denoted through his painting aesthetic which is equally dimensional, confrontational and dynamic.

“Painting is very personal, it’s all about confronting your own humanity [….] there is so much to make work about and if welded in an idyllic Utopian world, maybe then I will make beautiful paintings” (Ben Quilty, 2021)

THE EMU MANs howcases recent figurative and expressionistic works in the artist’s characteristic impasto style, which were influenced by the environment of COVID lockdowns and the Australian landscape. In Arooma Rorschach, After Heysen Quilty pays homage to Hans Heysen, German-born Australian landscape painter. Heysen made works about the Australian trees on the edge of the deserts that join the Southern Indian Ocean to the continent. Quilty’s dad loves Heysen’s work. Shortly before Heysen made his iconic landscape paintings murderous white men road across the desert massacring the indigenous families who had called that landscape home for sixty thousand years. Heysen’s works are mesmerisingly beautiful, but also deeply sad. The last painting made for this show, Emu Man, the washed-up old superhero, might be a self-portrait, unable to repair the past and incapable of changing the future but happily surviving Covid.

In Ben Quilty’s own words:

“After my Dad was marooned in my studio for three weeks during a severe Sydney Covid lockdown I ended up with a pile of drawings and some quite bizarre paintings of him. Dad’s 78 and he was determined to avoid the severe city lockdowns gripping the East Coast of Australia. So he just drove, away from the city, avoiding groups of humans, visiting towns for food, across the ancient countryside. Mum wasn’t keen, but she faced being locked down alone at home or escaping with Dad”.

In 2011, the Australian War Memorial commissioned Quilty to travel to Afghanistan as Australia’s official war artist. The work created was then exhibited at the National Art School gallery in 2013, which received critical acclaim, and went on to tour art galleries across Australia until 2016.