Before the Dust Settles

Before the Dust Settles 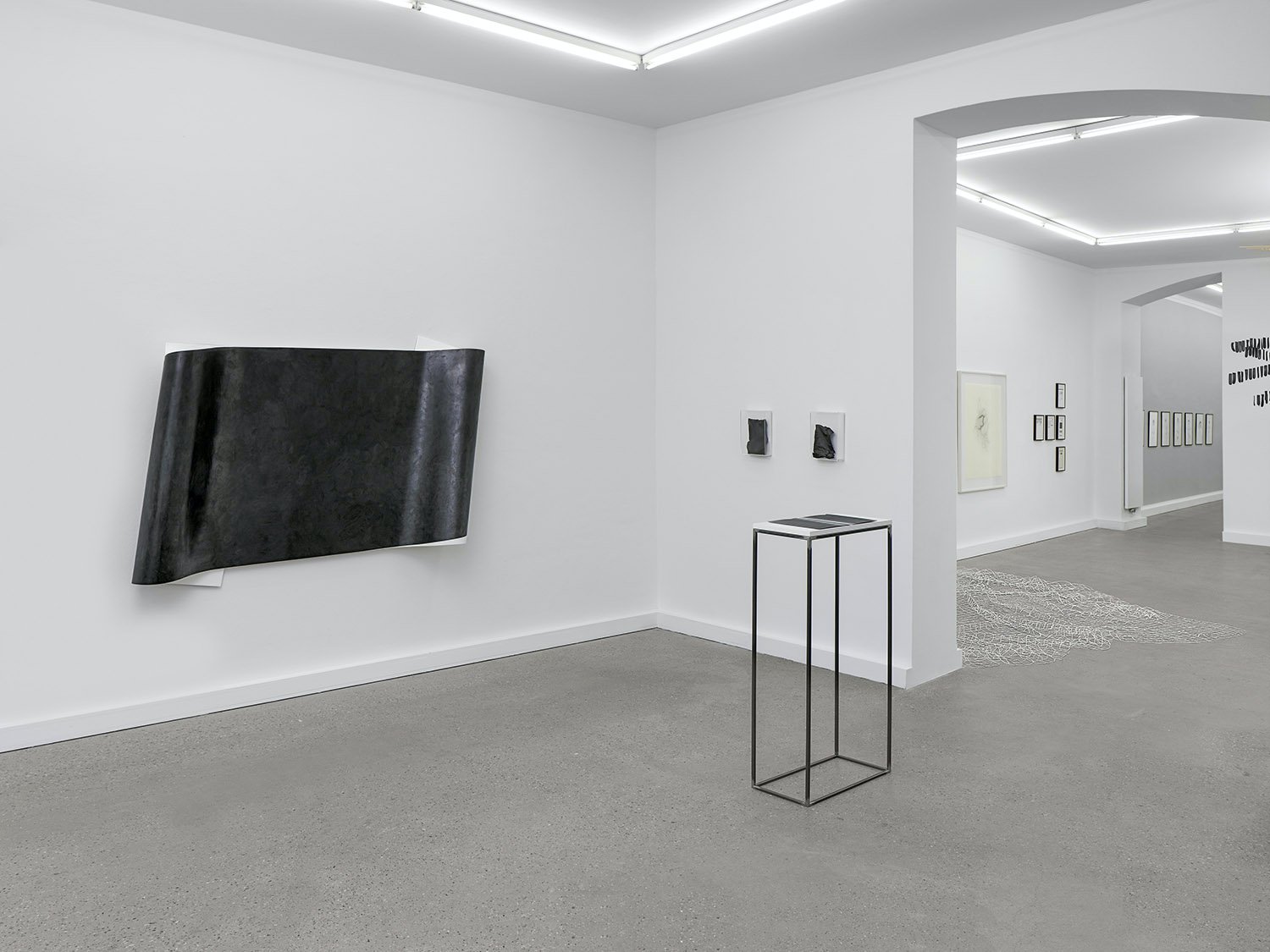 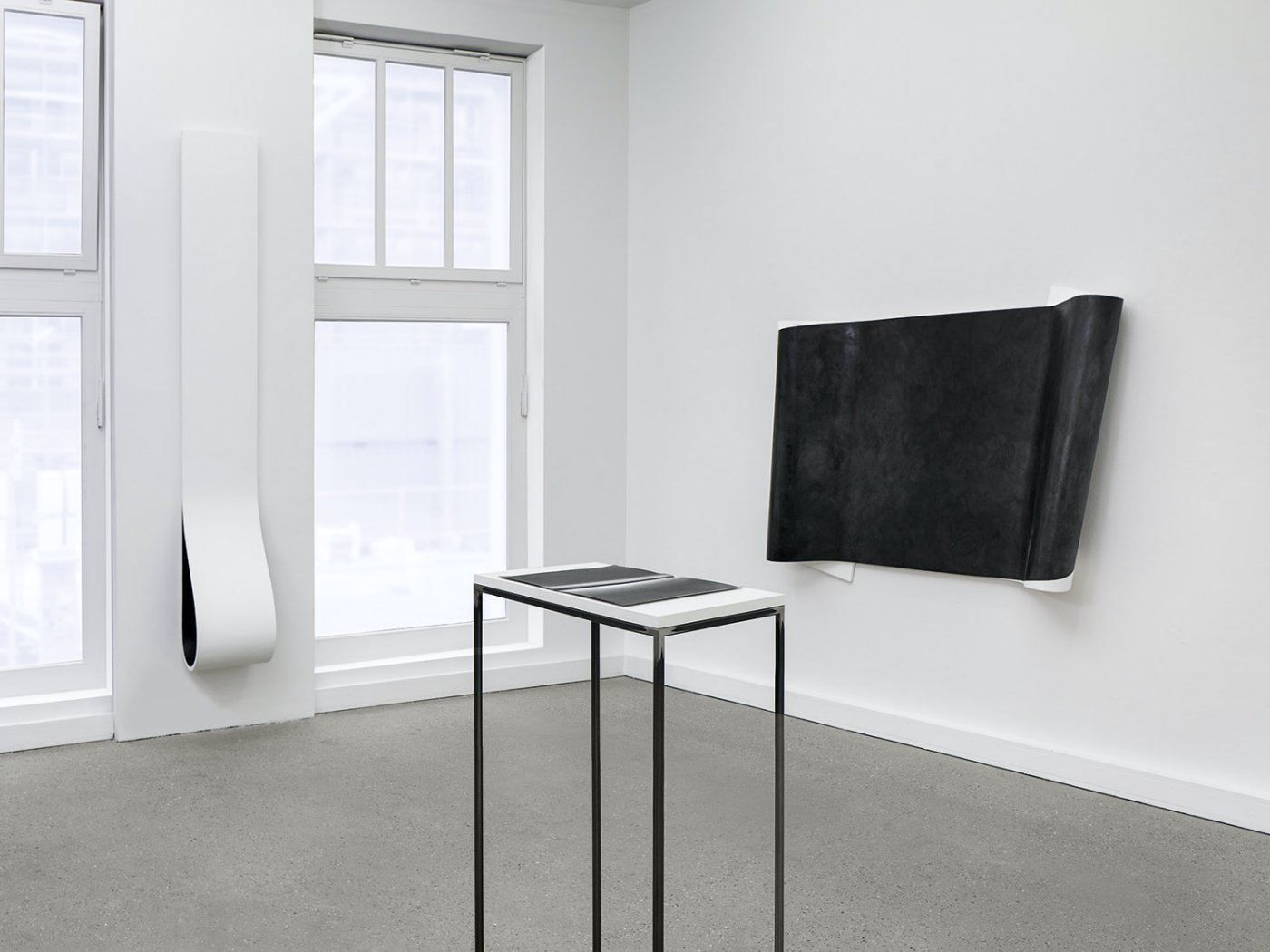 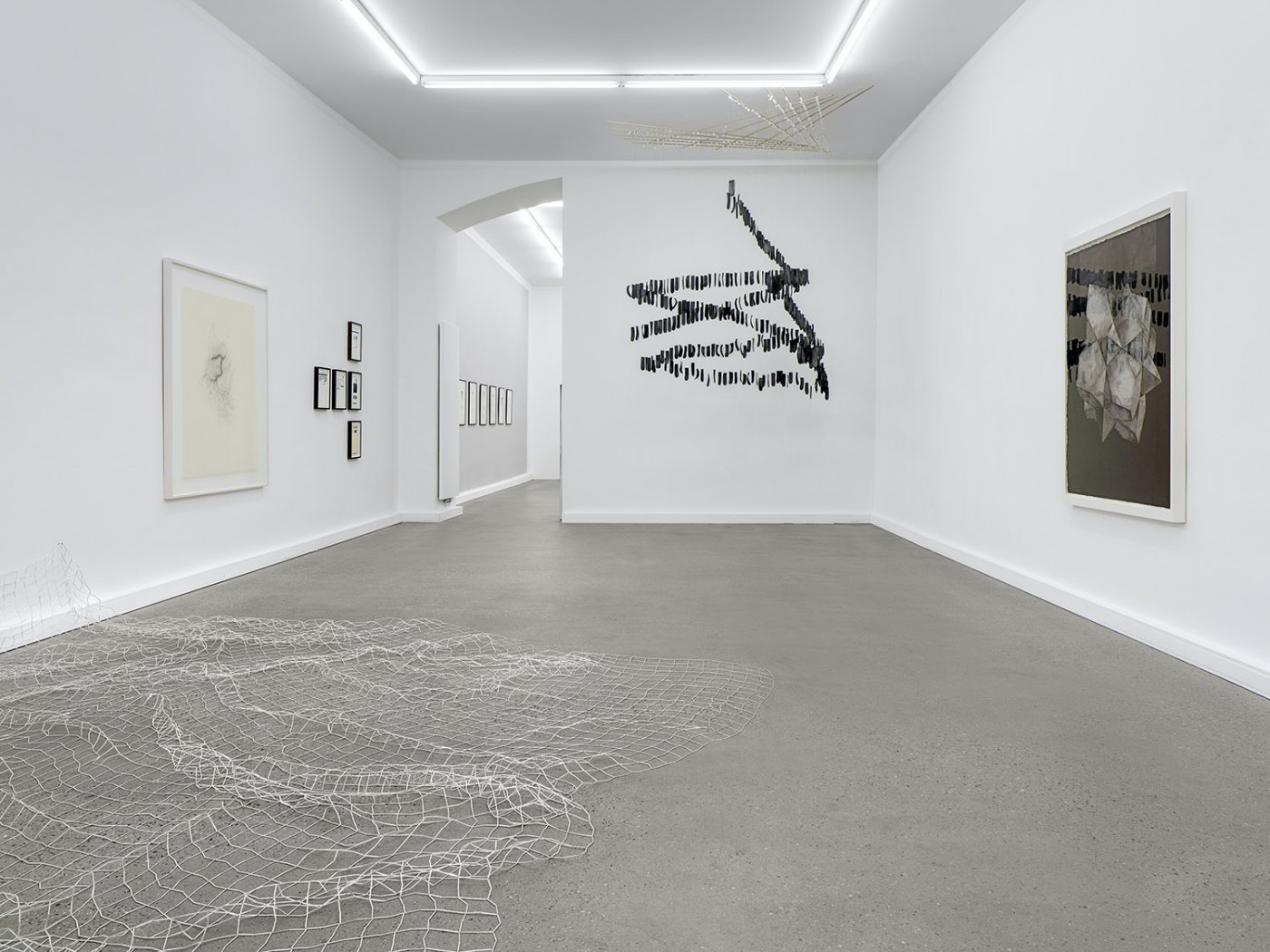 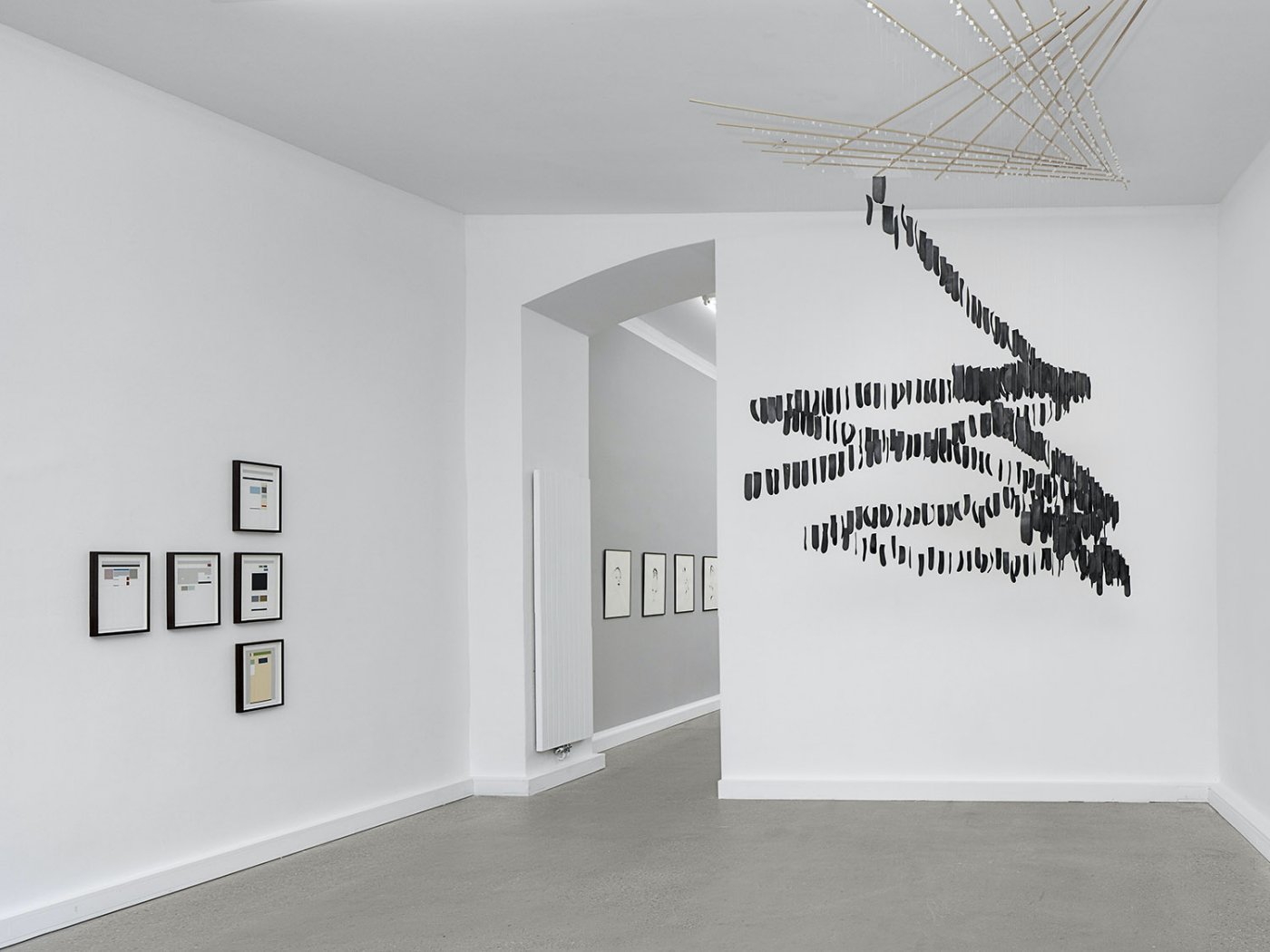 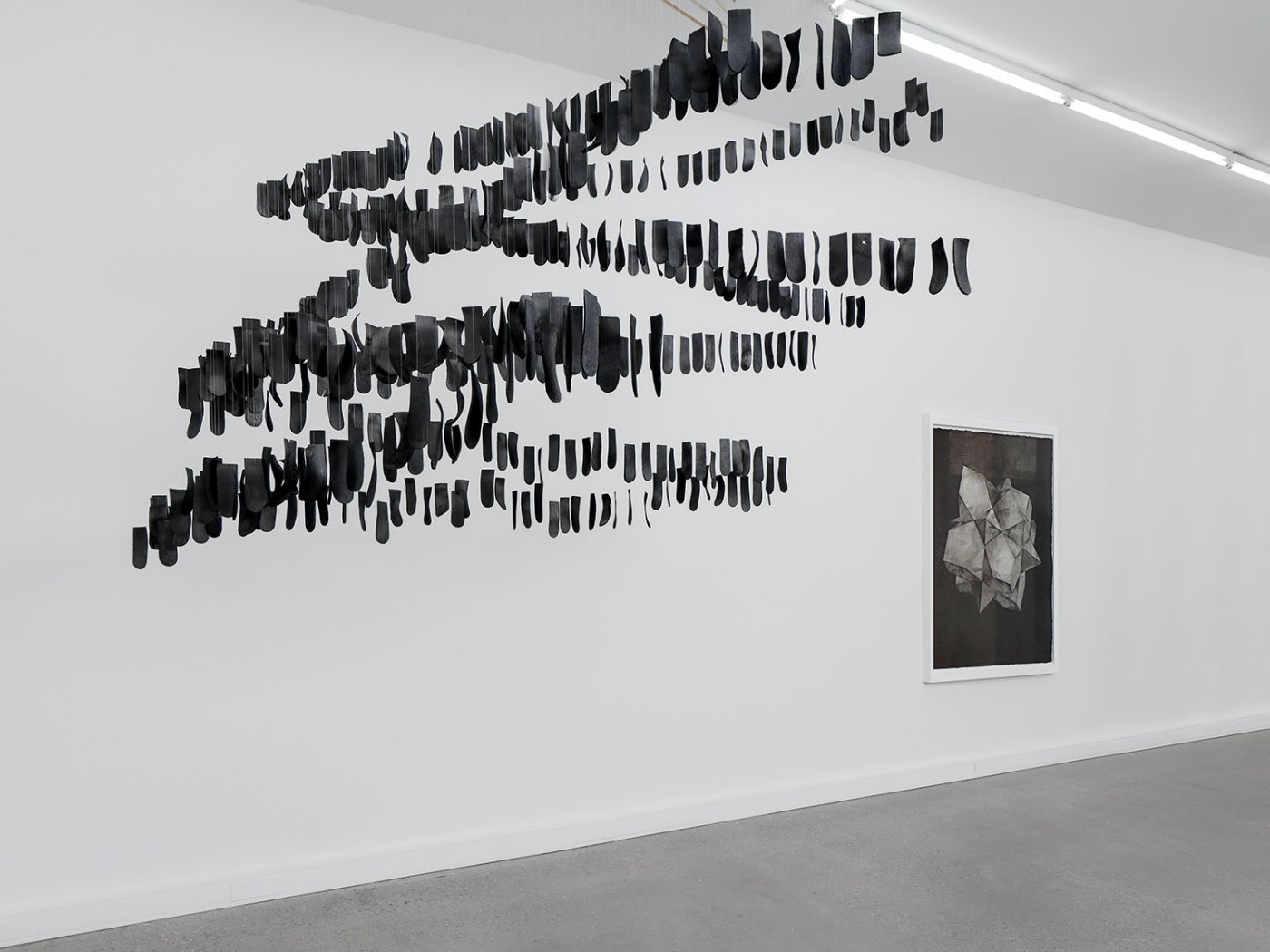 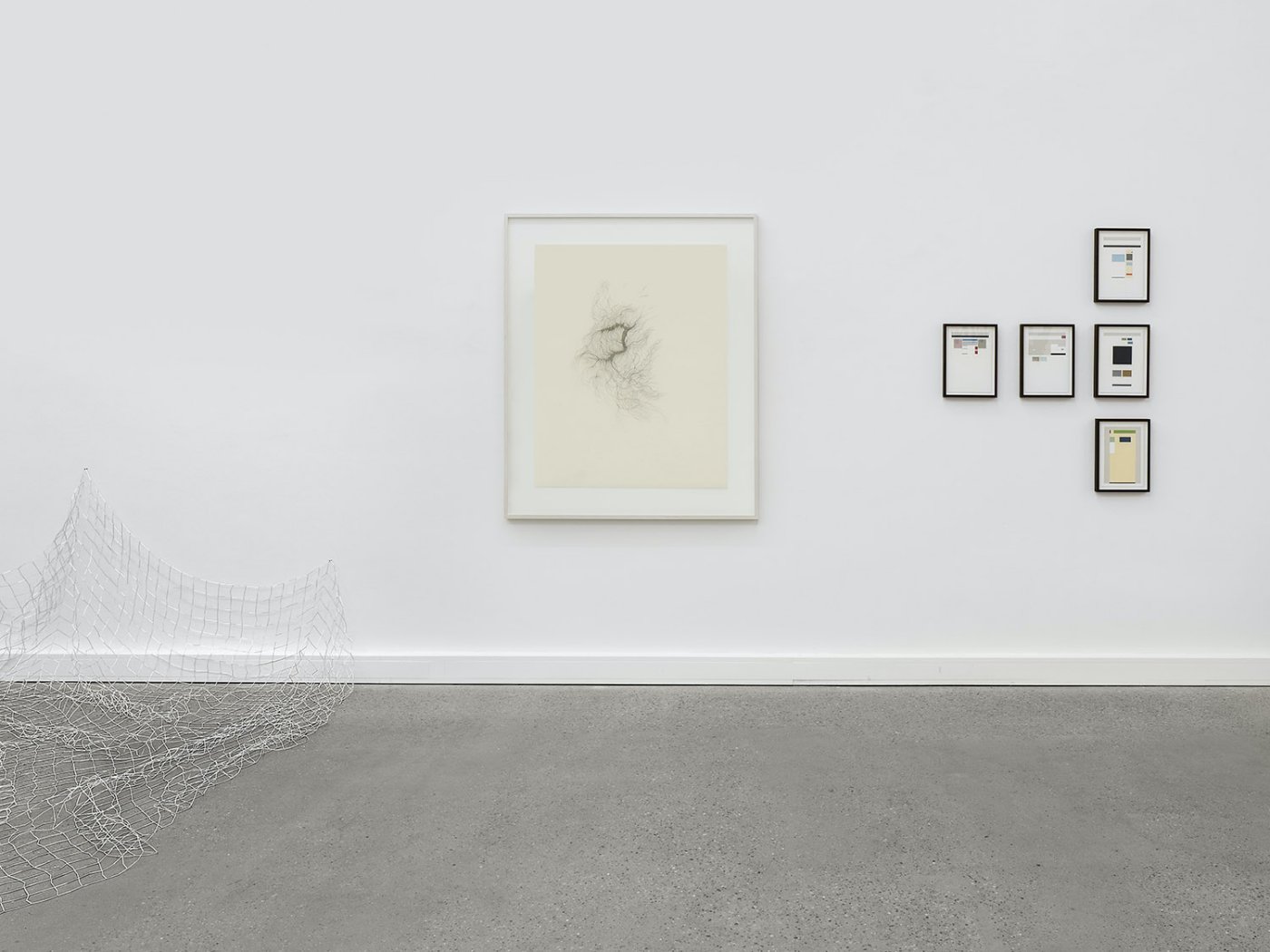 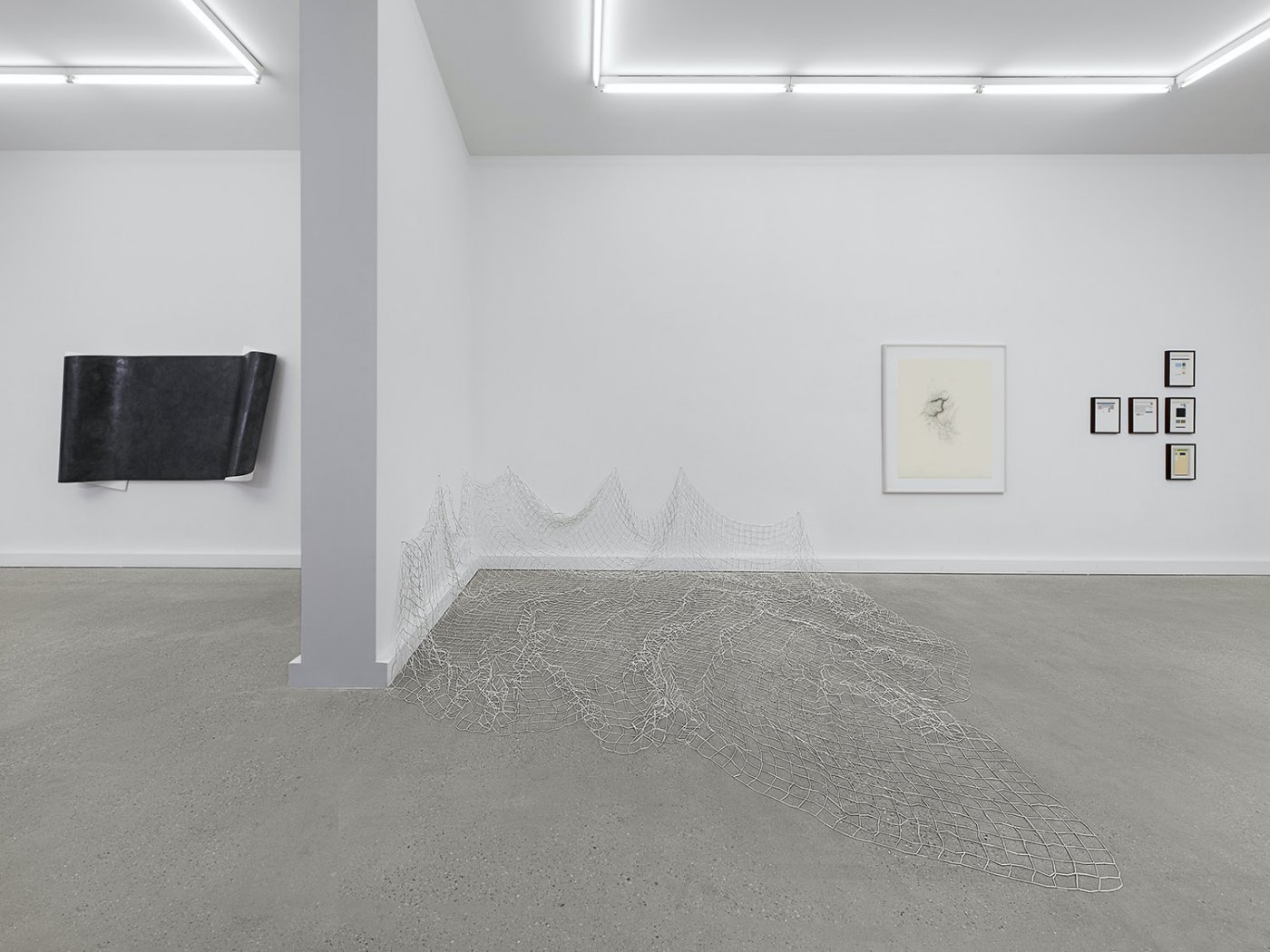 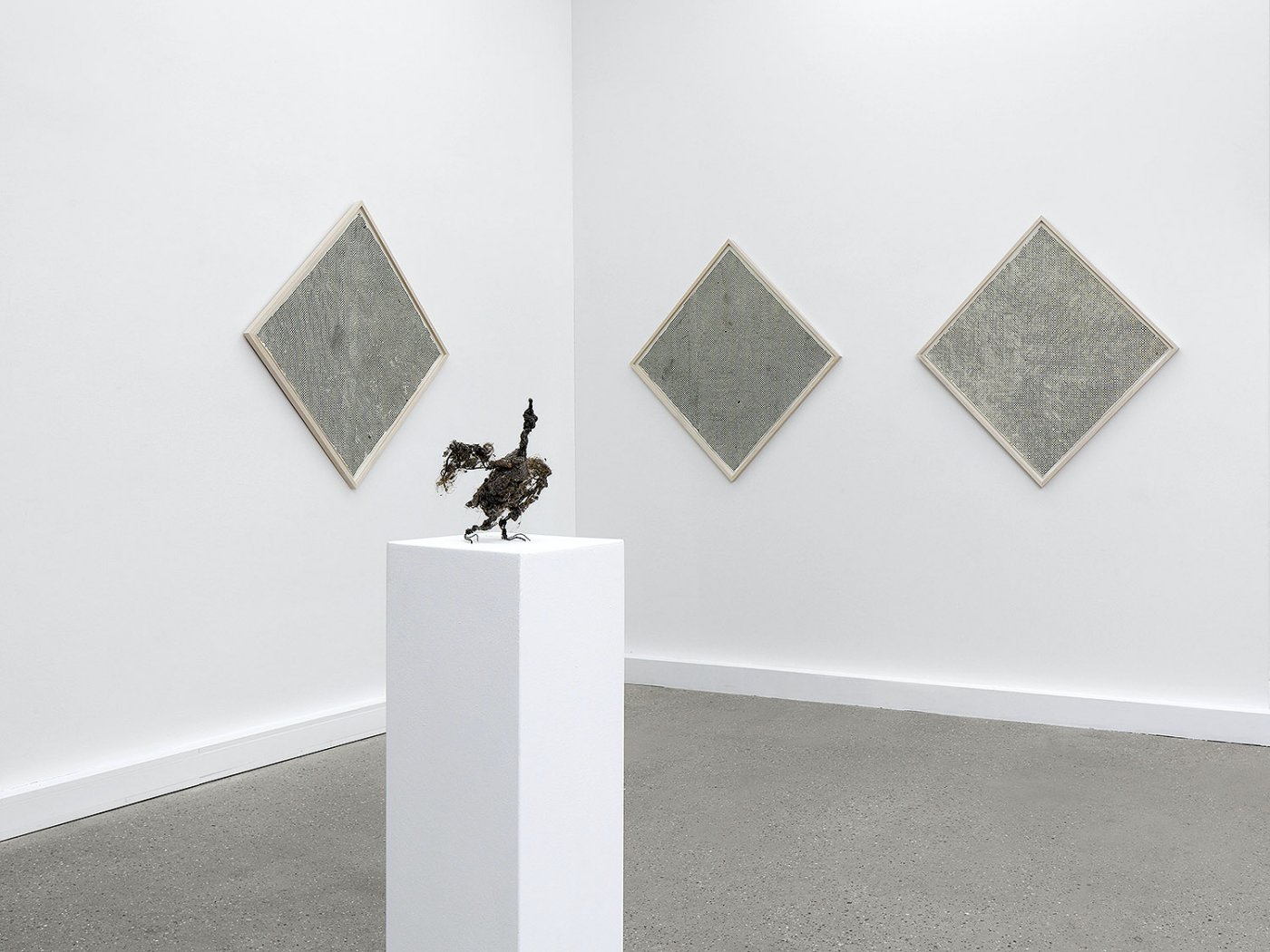 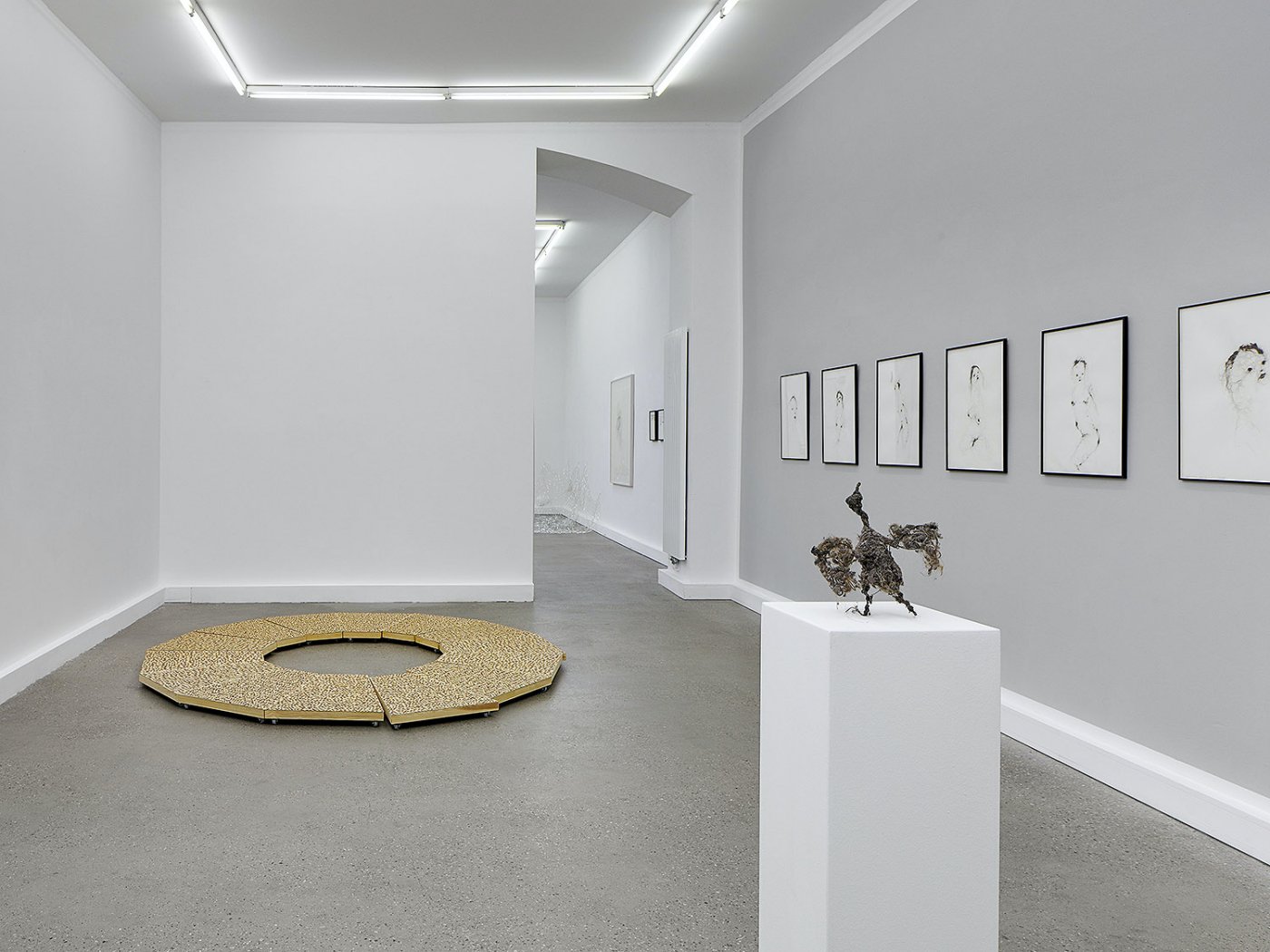 BEFORE THE DUST SETTLES
Questions to the curator Jan-Philipp Fruehsorge

Dear Jan-Philipp, we are delighted that you have accepted our invitation to curate an exhibition at the gallery. And we are already very curious with which artists and works you will introduce our audience! The exhibition will cover all three of our exhibition rooms. Would you like to formulate a few explanatory words about the title “Before the Dust Settles”?

JPF: “Before the Dust Settles” describes material in a state of suspense, in a moment before and not yet – but at the same time anticipates the result when the ephemeral moment has finally come to a standstill. Dust – which is in motion and orientation – refers to the moment when the exit is still open, the view is still obscured, but something is already emerging in the nucleus, taking shape, just before things are again in a new order and waiting for the next gust of wind. Seen in this light, the title is for me also a metaphor for the medium of drawing itself, for its openness and its potentiality. It is, to vary a well-known word of Musil, a “medium of possibility” for me. Furthermore, dust is material time. The past. Forgotten. Dust is also the cipher of death. Under dust there is hiddenness. But dust is also strangely beautiful, fascinating and dangerous. It penetrates our lungs and prevents us from breathing. Those who deal with dust are better off wearing masks. Anyone who kicks up dust makes himself unpopular. And in the end, of course, it’s all about dust in a very concrete sense, as a subtle material. It is encountered as powder and pigment, which – unlike what we are often familiar with – defines the drawing in terms of surface and contrast, not in terms of line.

As you have described, the medium of drawing in its various forms of expression is at the center of your exhibition. You yourself are an internationally recognized luminary in the field of contemporary graphic art. Please tell us how your love for this intimate and timeless medium began. Which stations of your work as curator and mediator shaped you? And which current projects are close to your heart?

JPF: It certainly began during my studies of art history at the FU. I studied with Werner Busch,
one of the really important researchers in the field of graphic arts, whose universe included Rembrandt, Goya, C.D. Friedrich, but also Hogarth and Menzel. These are all artists who constantly remind me how important it is to put the view of contemporary art into perspective with these artists, who were incredibly modern in their time, and to examine my own standards. I then lived in New York for a while and worked at the Guggenheim Museum as an intern. During this time I got to know the Drawing Center, certainly the most influential institution for contemporary drawing art, founded in the 1970s by a former MoMA curator. It was there that the seed was planted, which later led to the desire to found my own gallery for drawing. These 12 years as a gallery owner have had the strongest influence on me. The idea of presenting the medium in Berlin – exclusively and in all forms – was enormously enticing and a real challenge. In the beginning I was actually alone on a wide corridor. But that changed over the years, thank God. Fortunately, I also had early recognition and support from institutions like the Kupferstichkabinett through curators like Andreas Schalhorn, who regularly came to the exhibitions. The discourse around the medium, the institutional attention, the continuous growth of a market with specialized collectors and fairs etc., all this has developed enormously over the last 20 years.

There have been exhibitions like the one in honor of Brice Marden with the support of a major American private collection, collaborations with drawing institutions like London’s Drawing Room, the Rijksmuseum in Amsterdam, or academic projects like the symposium on drawing and space with the Academy of Arts, which have been important. I currently teach at art academies in Paris and Bristol and am preparing a major exhibition project with my wife Albane that will focus on drawing from the African continent. In spring there will be another drawing project in Paris, combining contemporary practice with Art Brut /Outsider art.

The current art year 2020 is characterized by the restrictions on travel, social gatherings and the cancellation of events such as fairs, performances, concerts etc. due to the COVID19 pandemic. To what extent did the circumstances influence the organization of your exhibition? How are the artists invited for the show?

JPF: ….the artists of the show all live in Europe, in Belgium, France, Sweden, Great Britain and also Berlin. I actually refrained from involving other regions because it would have been impossible to ensure that the artists or their work could travel to Berlin on time. But there will also be completely new works that are currently in production, such as those by Wanda Stolle and Ulrike Mohr, who will be dealing specifically with the space.

As a trained art historian, looking into history and entering a museum is always a school of seeing. Which old master drawing is Jan-Philipp Fruehsorge’s favorite? Why? And what can be taken from your favorite work for the present as a stimulus for further thinking?

JPF: There is not one drawing. You will understand that. I think it’s similar for everyone who is professionally involved with art. That it changes again and again according to mood and certain circumstances, which seems particularly important and precious to you. Two sheets, however, are on my list of favorites for a very long time. One is “Erased de Kooning Drawing” from 1953 by Robert Rauschenberg, which is actually a “non-drawing”, an almost empty sheet that shows the traces of its erasure. For me it is a milestone in modern art history, since the work breaks with the previous generation like a symbolic patricide and conceptually explores the possibilities of radical aesthetic gestures. And by the way, it is also a beautiful drawing, which invites you to look extremely closely, because there are still remains of de Kooning on the surface. The second sheet is by Pieter Bruegel the Elder and is here in Berlin in the Kupferstichkabinett. The “Beekeeper” from 1568 is a pen and ink drawing, about 20 x 30 cm, showing a series of hooded figures tampering with beehives. A figure in the background clings to a branch. The scene is strangely surreal and a little oppressive due to the facelessness of the persons. The interpretations, as often with Bruegel, go as far as complex political as well as religious contents, so here as a critical commentary on the situation of the Spanish occupied Netherlands in the 16th century. Drawing is breathtakingly beautiful; there are delicate strokes, precise hatchings, light dot markings. The eye constantly wanders back and forth, following the sophistication of the composition and the play of lines. A sheet whose echo can be found in many modern artists, from van Gogh to Ensor. Baudelaire’s admiration for Bruegel can also be understood by looking at this sheet.

Many thanks, Jan-Philipp, for the interview. We are looking forward to the show, to the artists with their works of art and to many curious visitors!