Be Your Wonderful Self: The Portraits of Beauford Delaney

Be Your Wonderful Self: The Portraits of Beauford Delaney


“[Beauford] Delaney repeatedly turned to art to annihilate the boundaries of fixed identity in ways that were not simply aesthetic…but also spiritual. Such ecstatic annihilations ran between his purely abstract paintings and his portraits, animating his figurative and non-figurative work alike.”[1] — Mary Campbell

“[I] have worked terribly hard…and much has sundered and exploded, but now it coalesces with lava-like smoke and fluid color, sometimes a veritable flame, other times subdued essences…yes, I am again painting in my old feeling—tense, difficult, but compulsive, and I love it.”[2] — Beauford Delaney, 1964 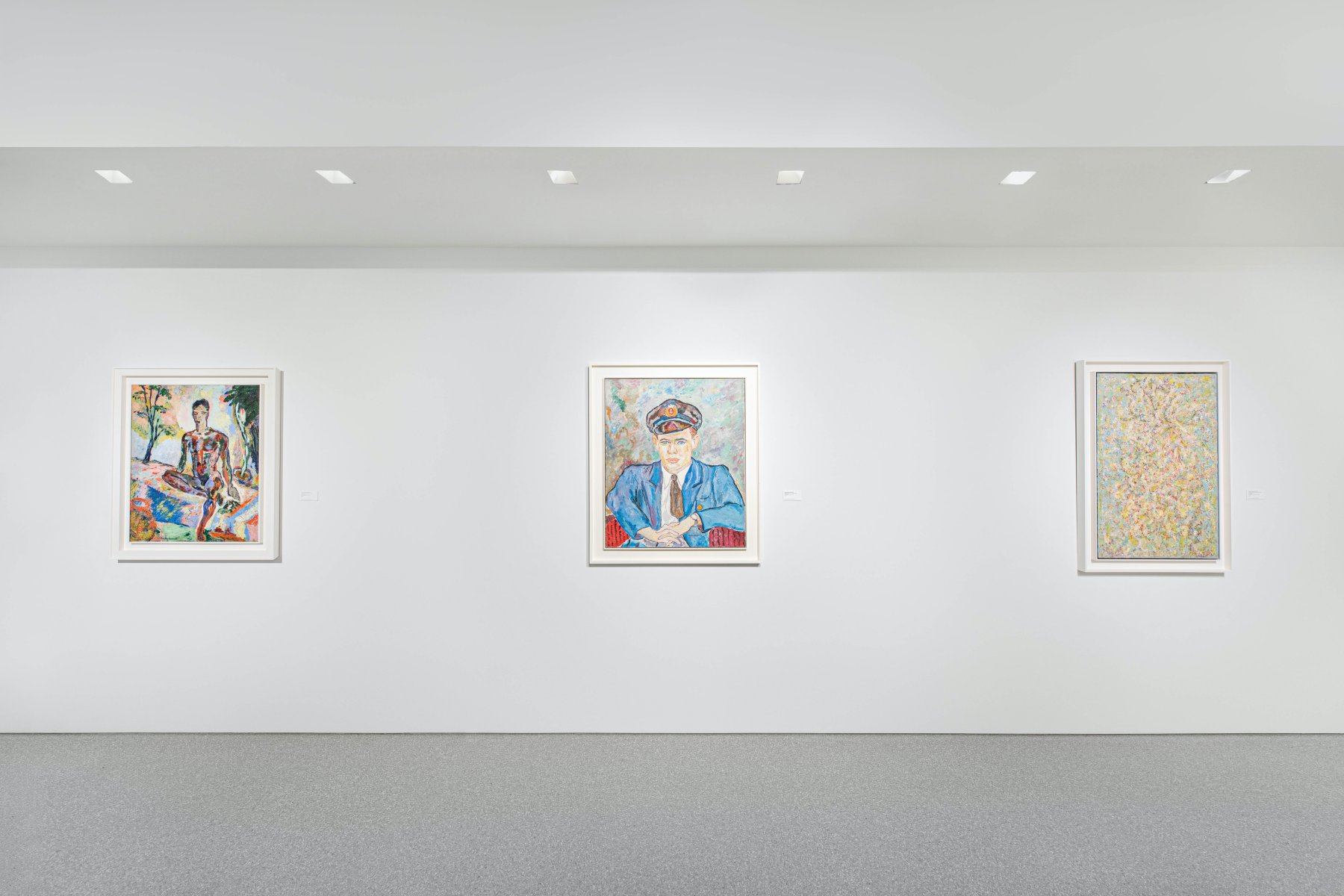 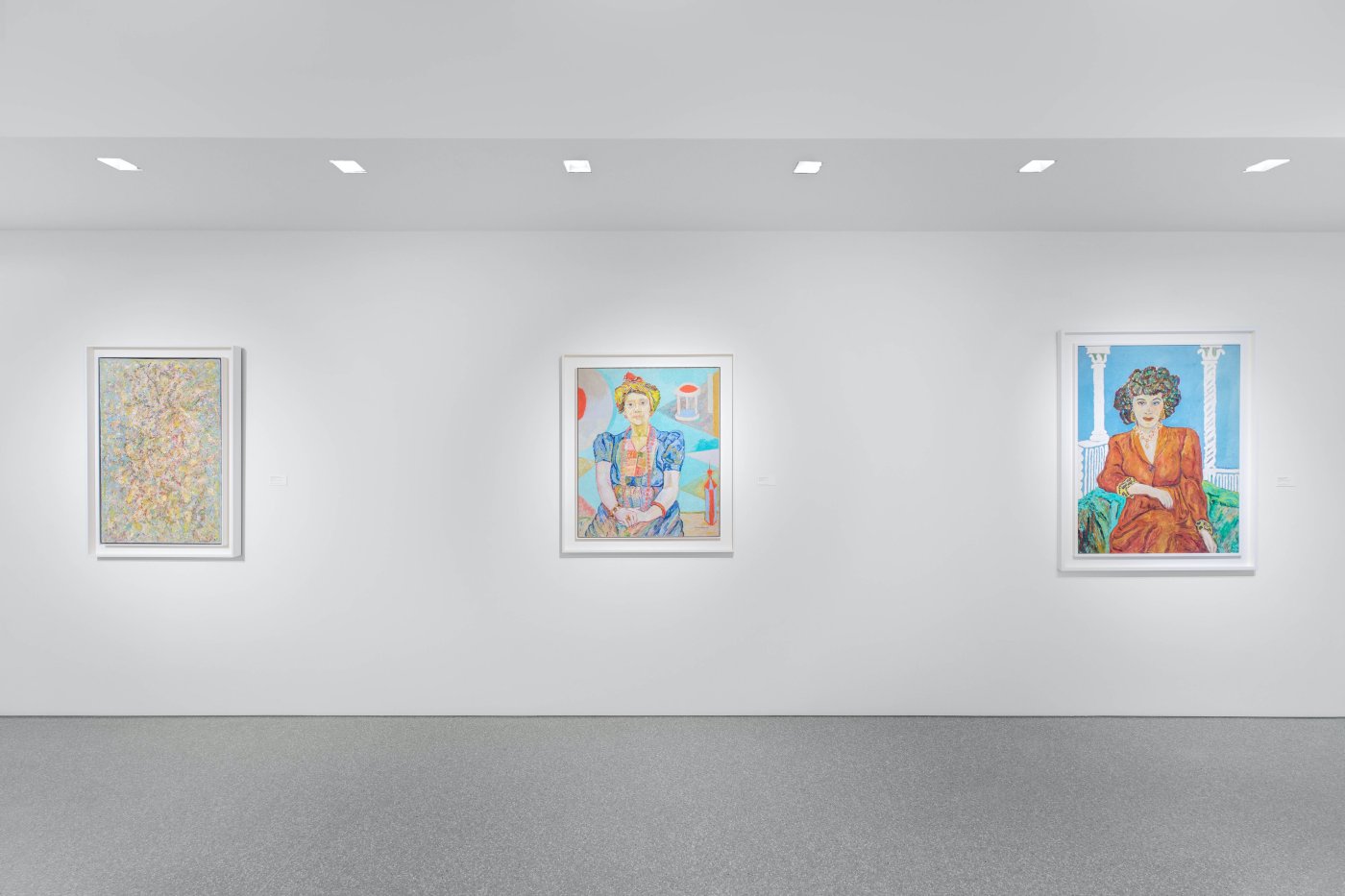 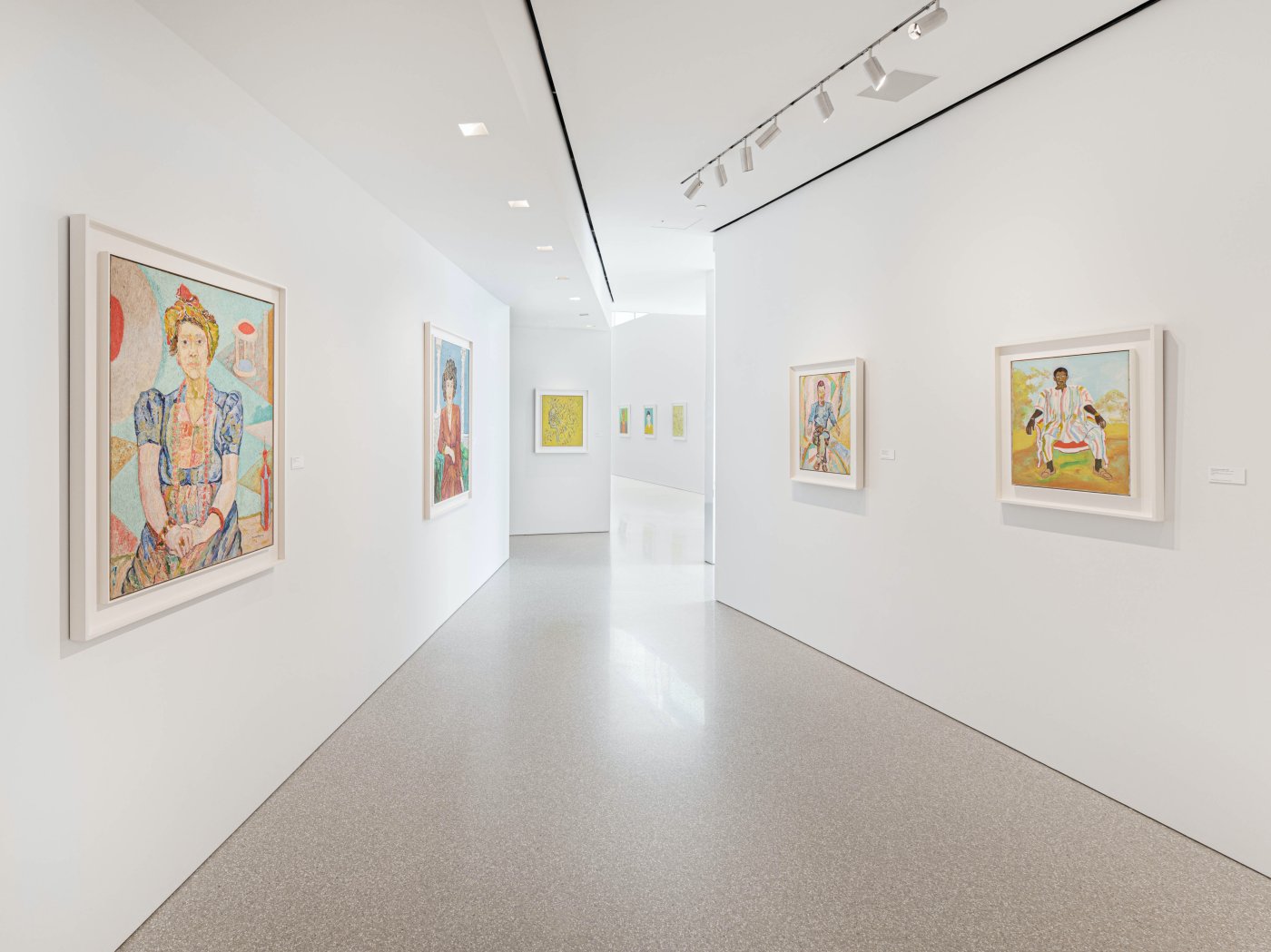 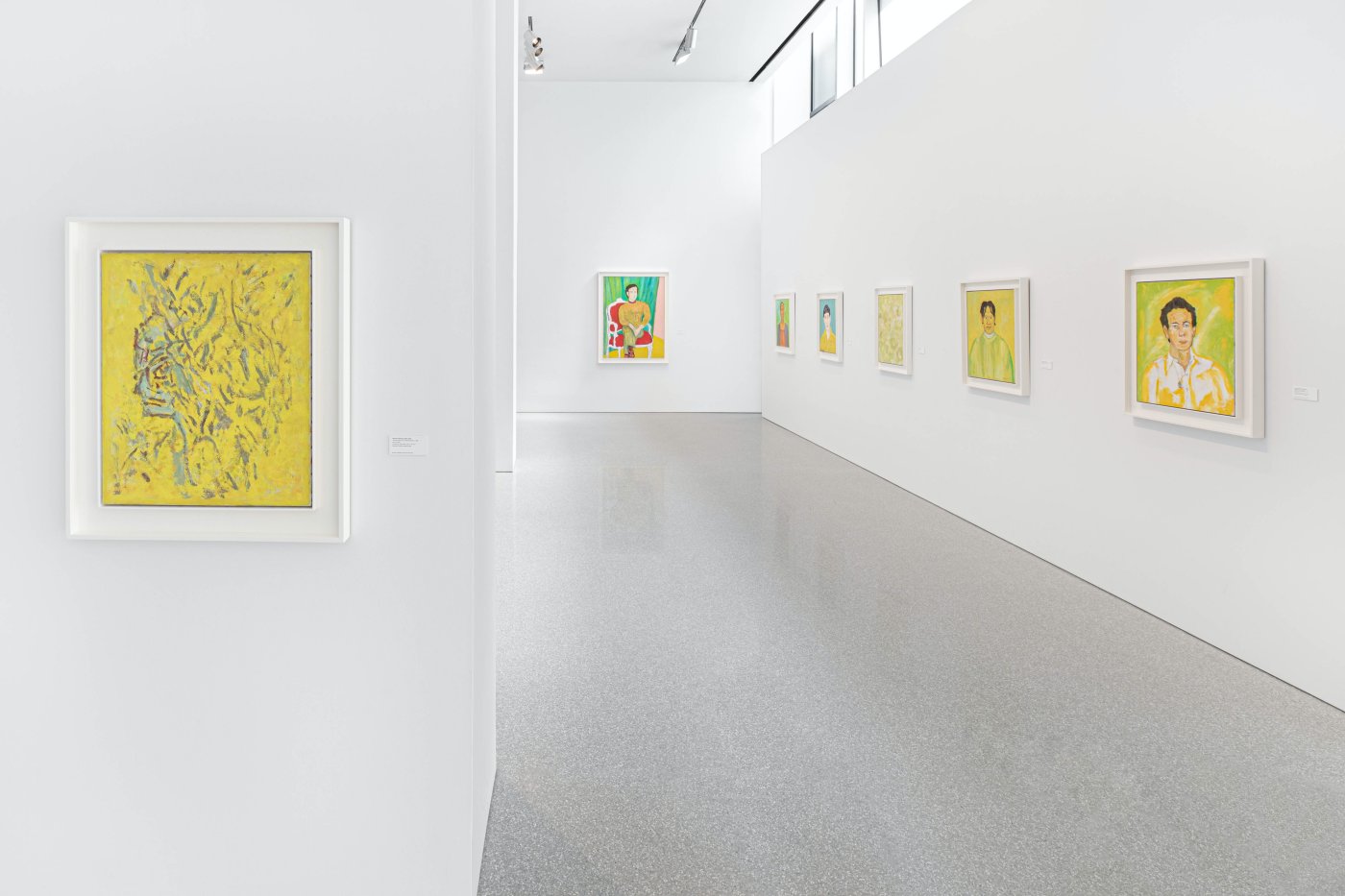 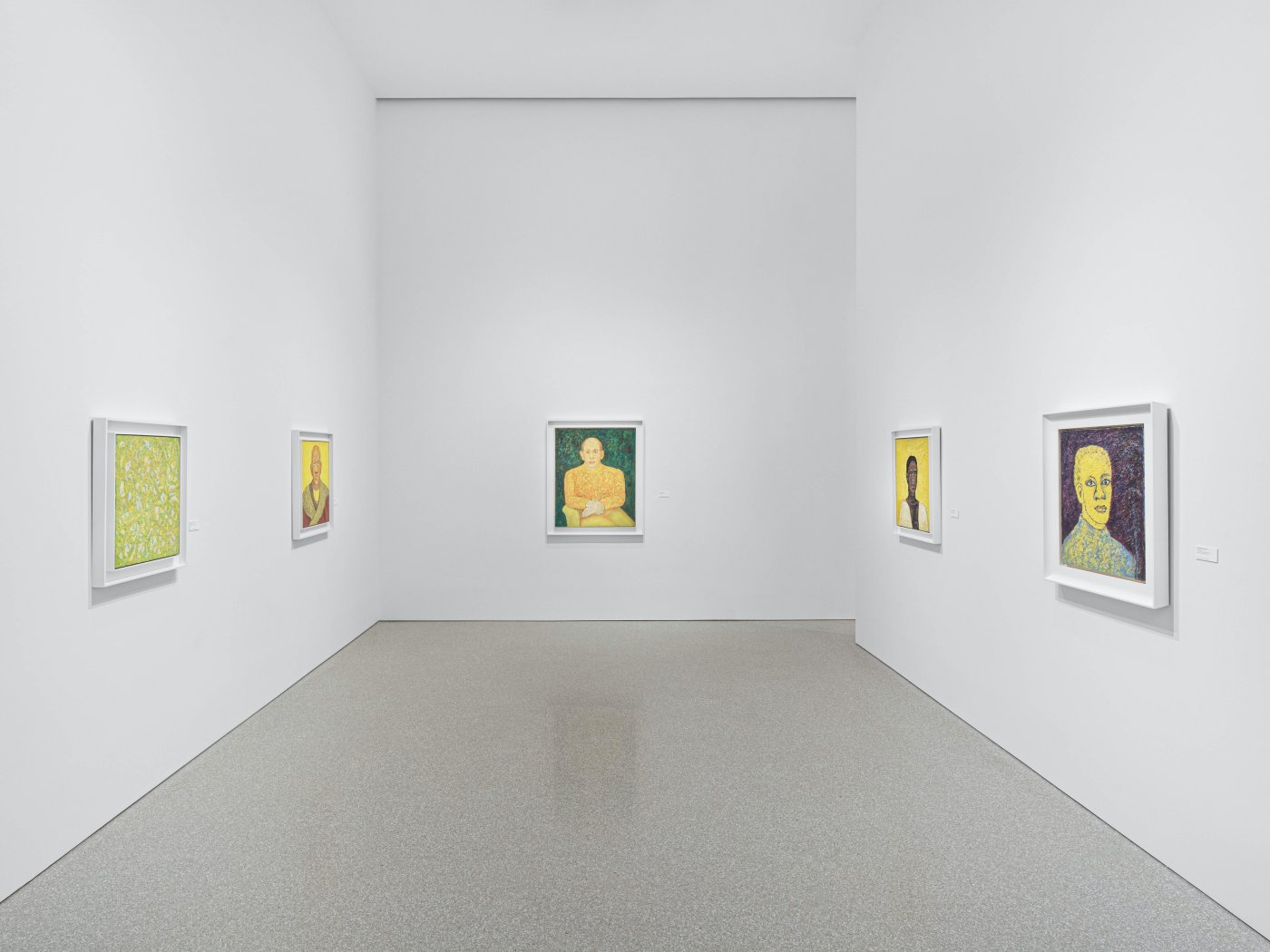 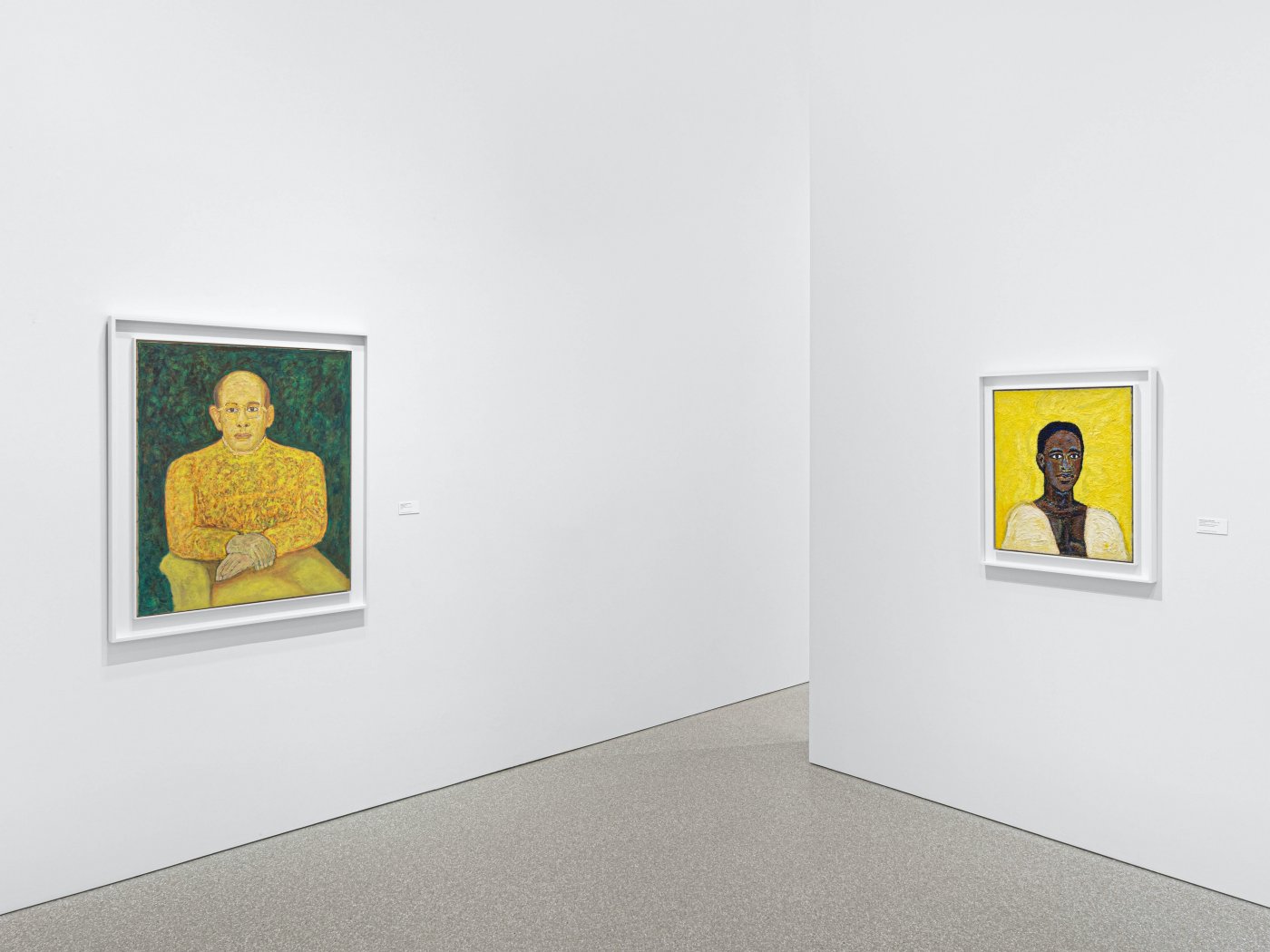 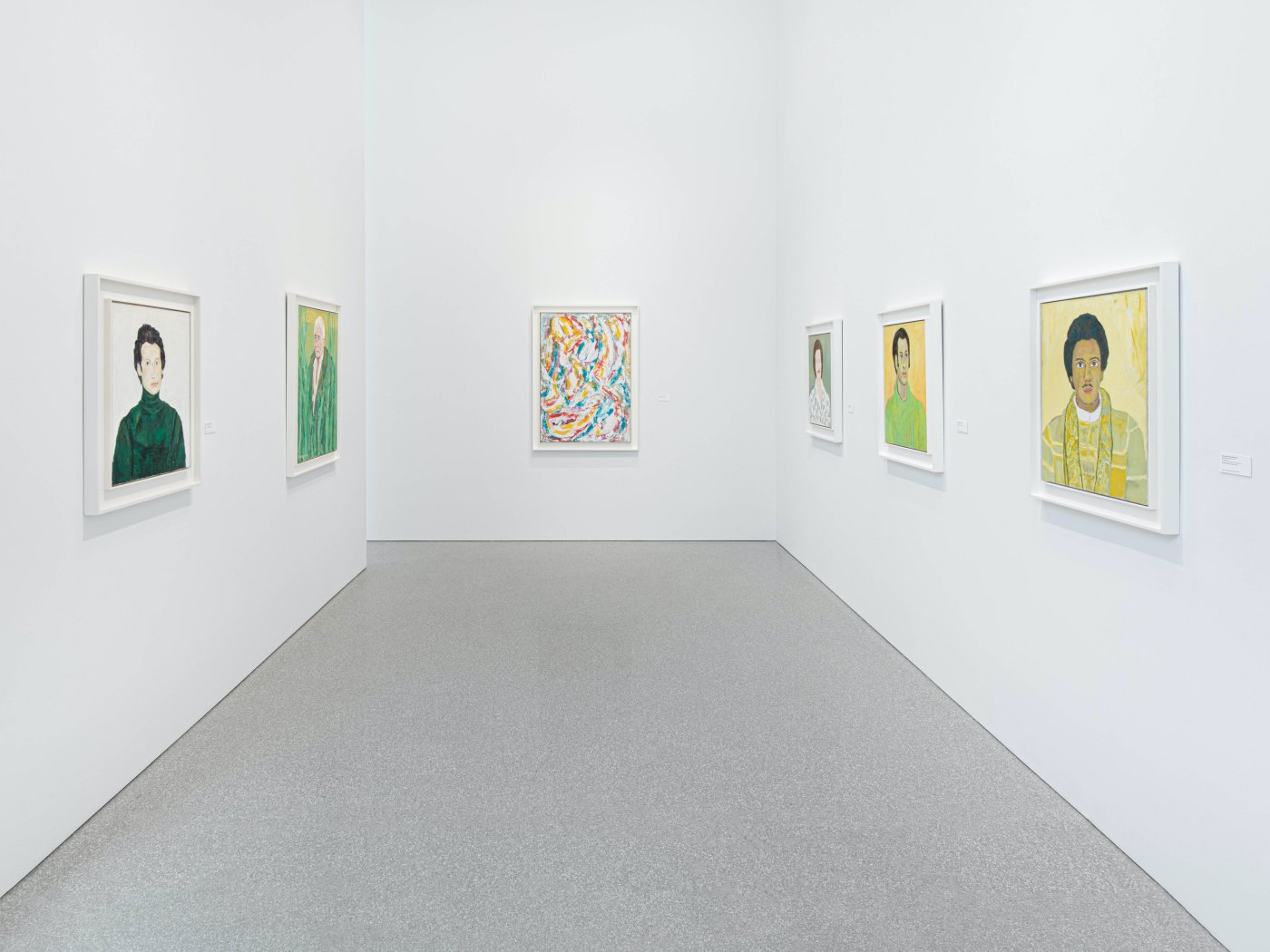 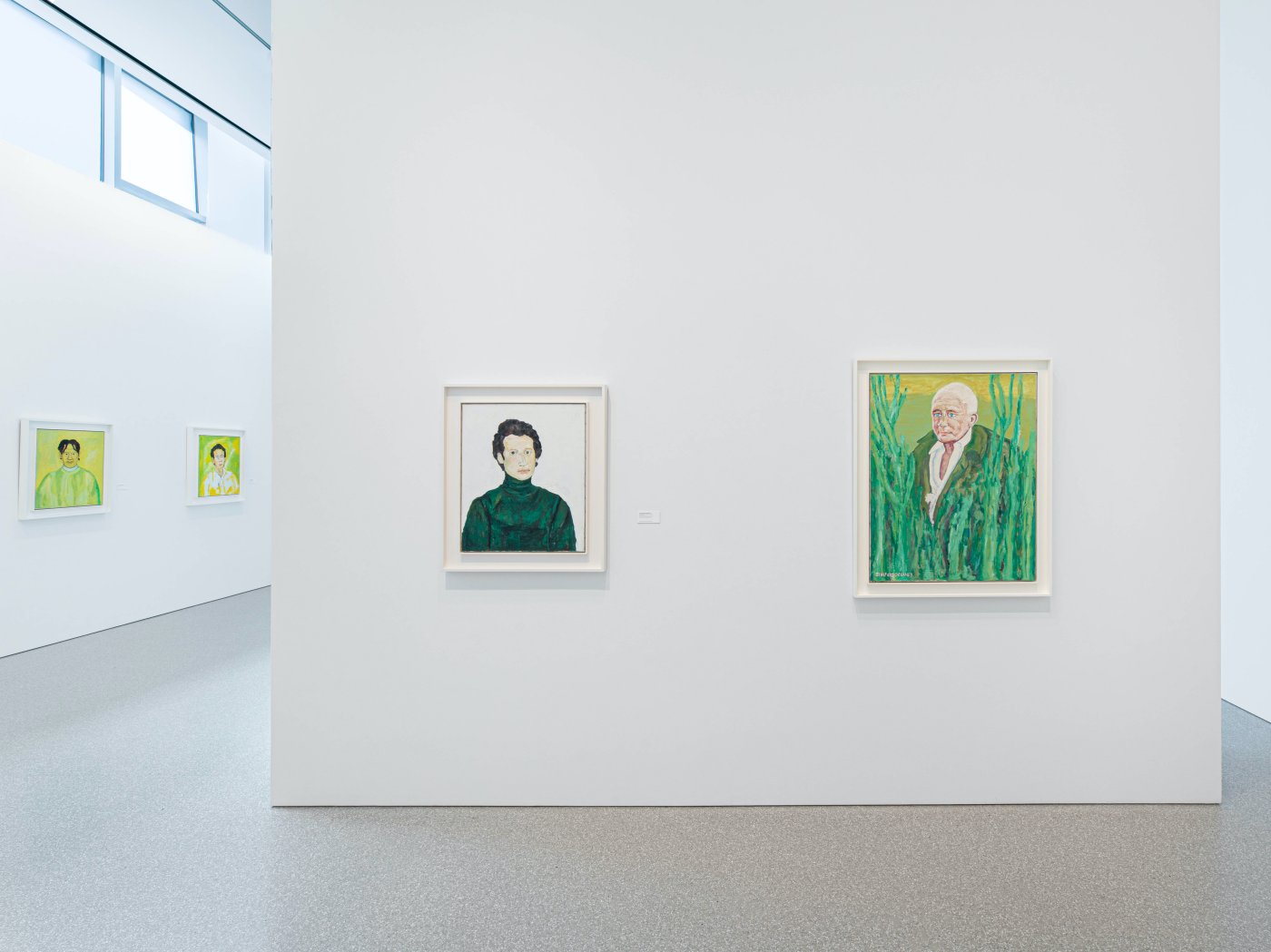 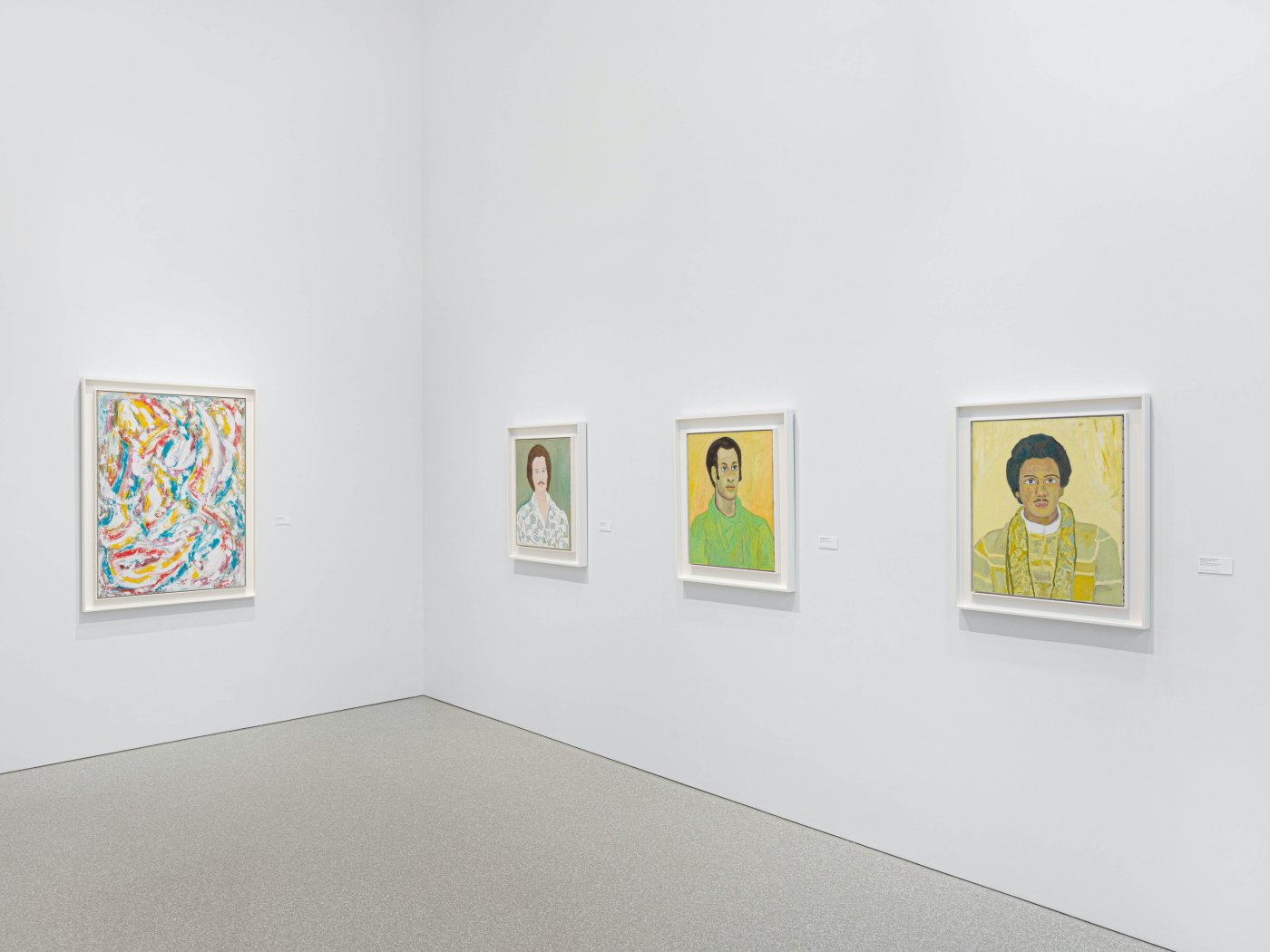 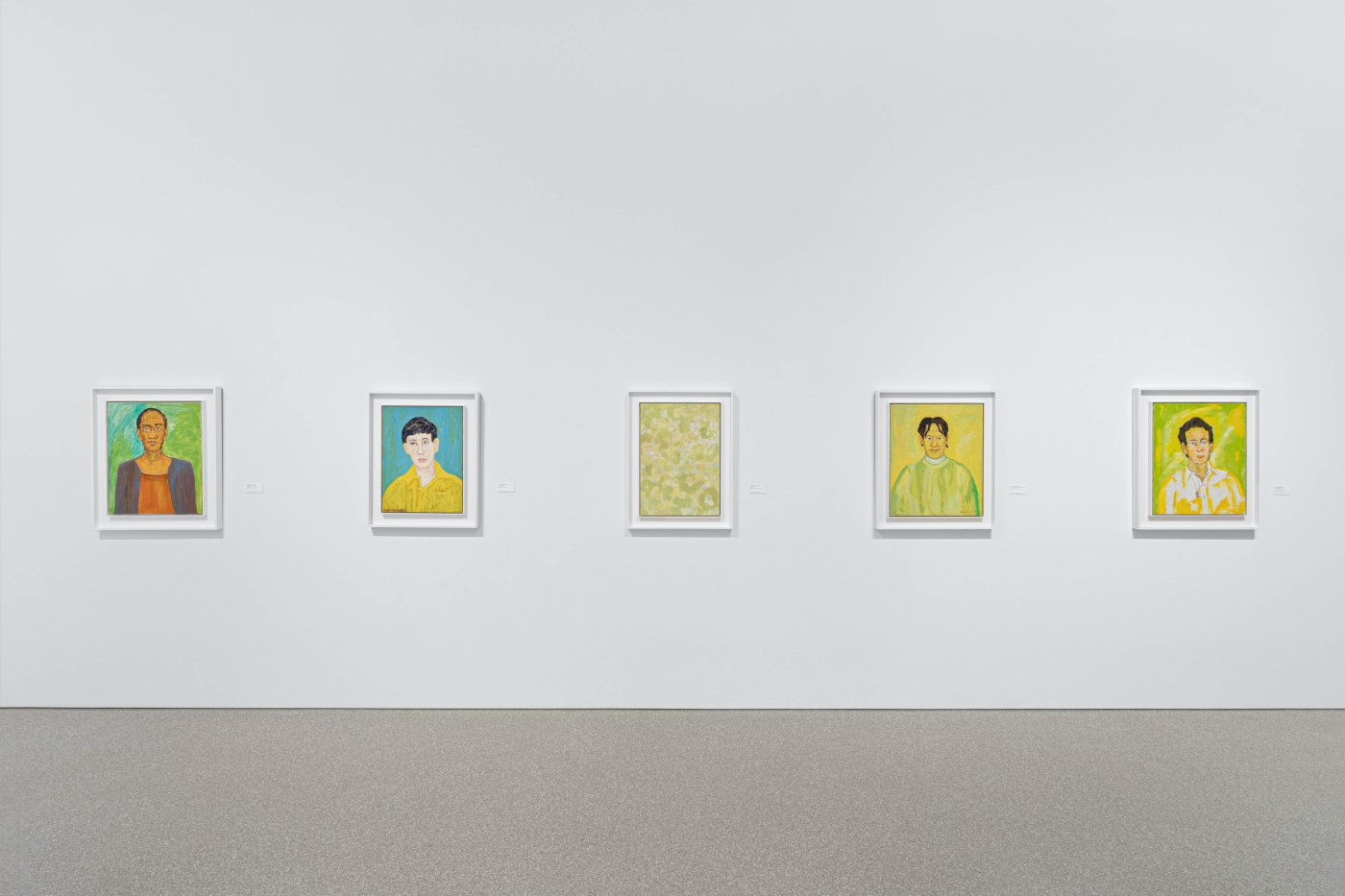 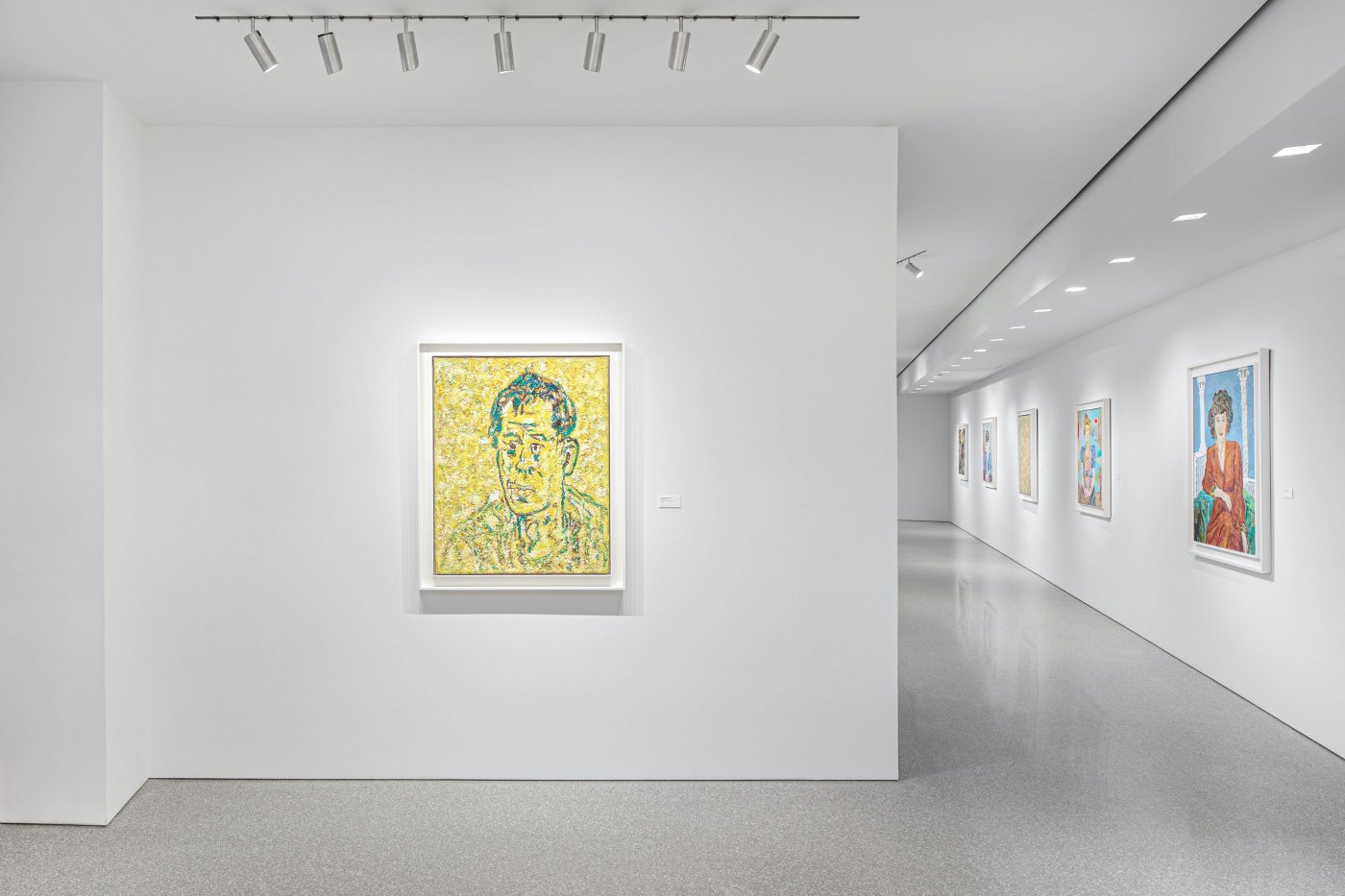 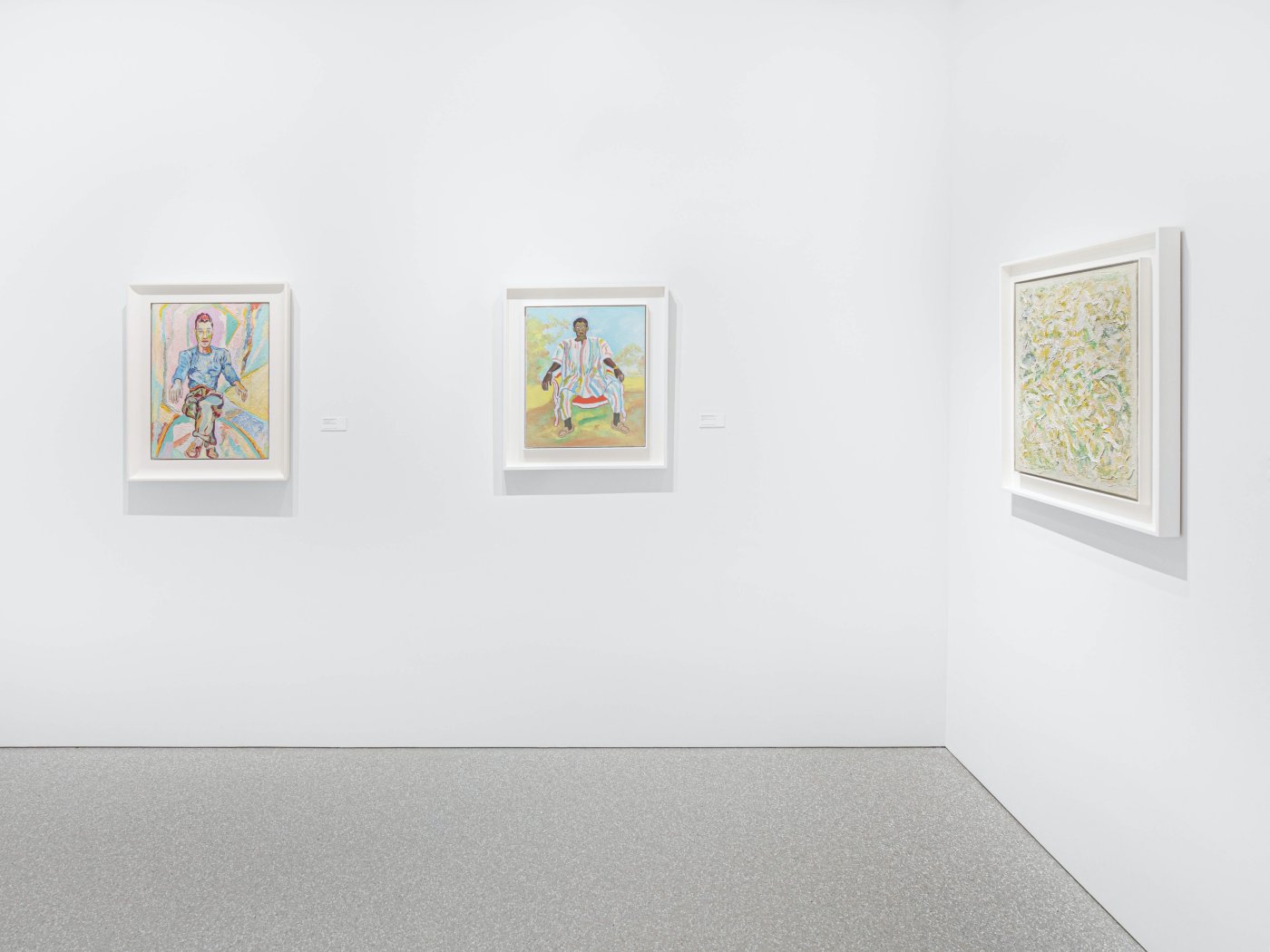 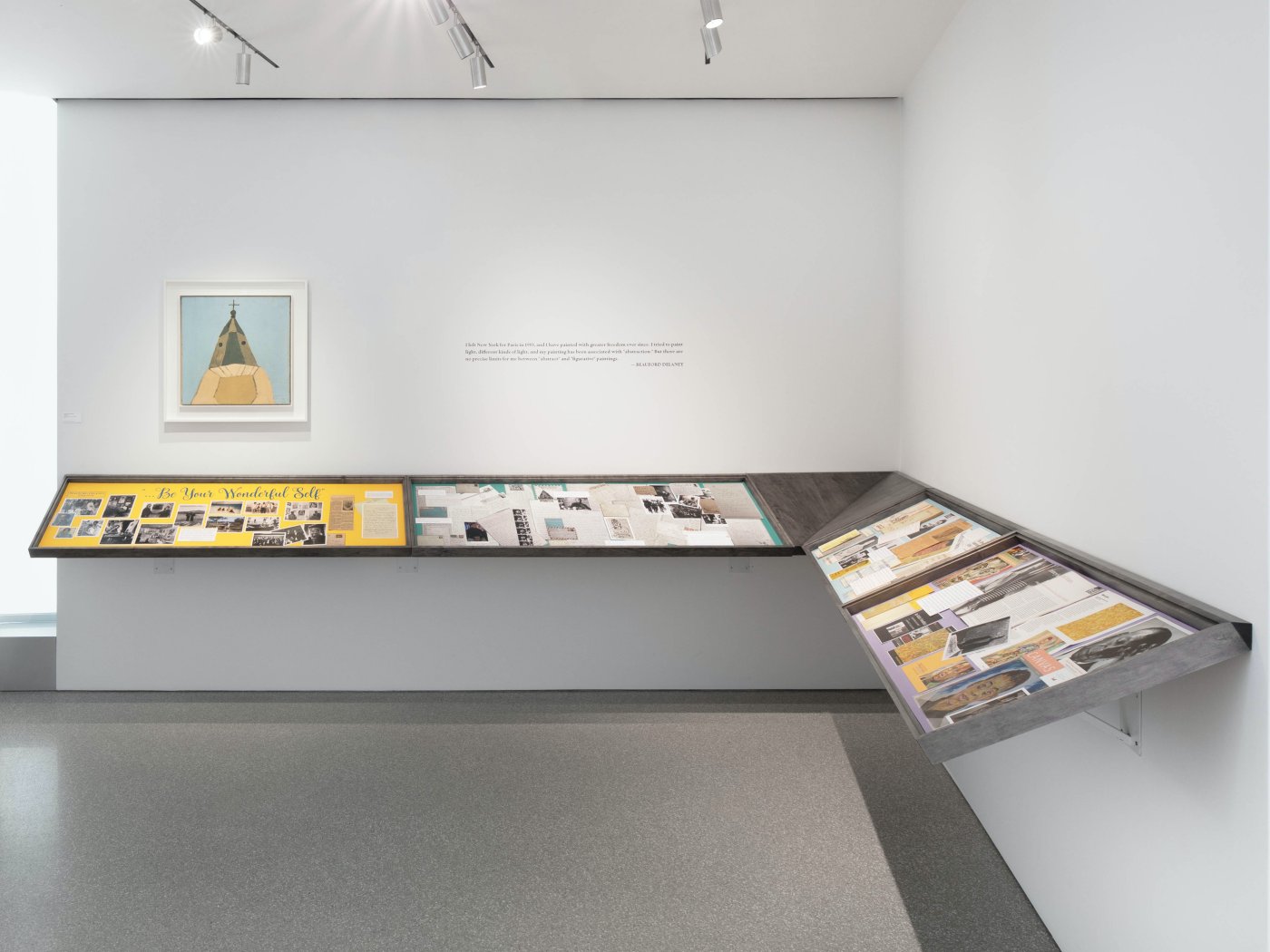 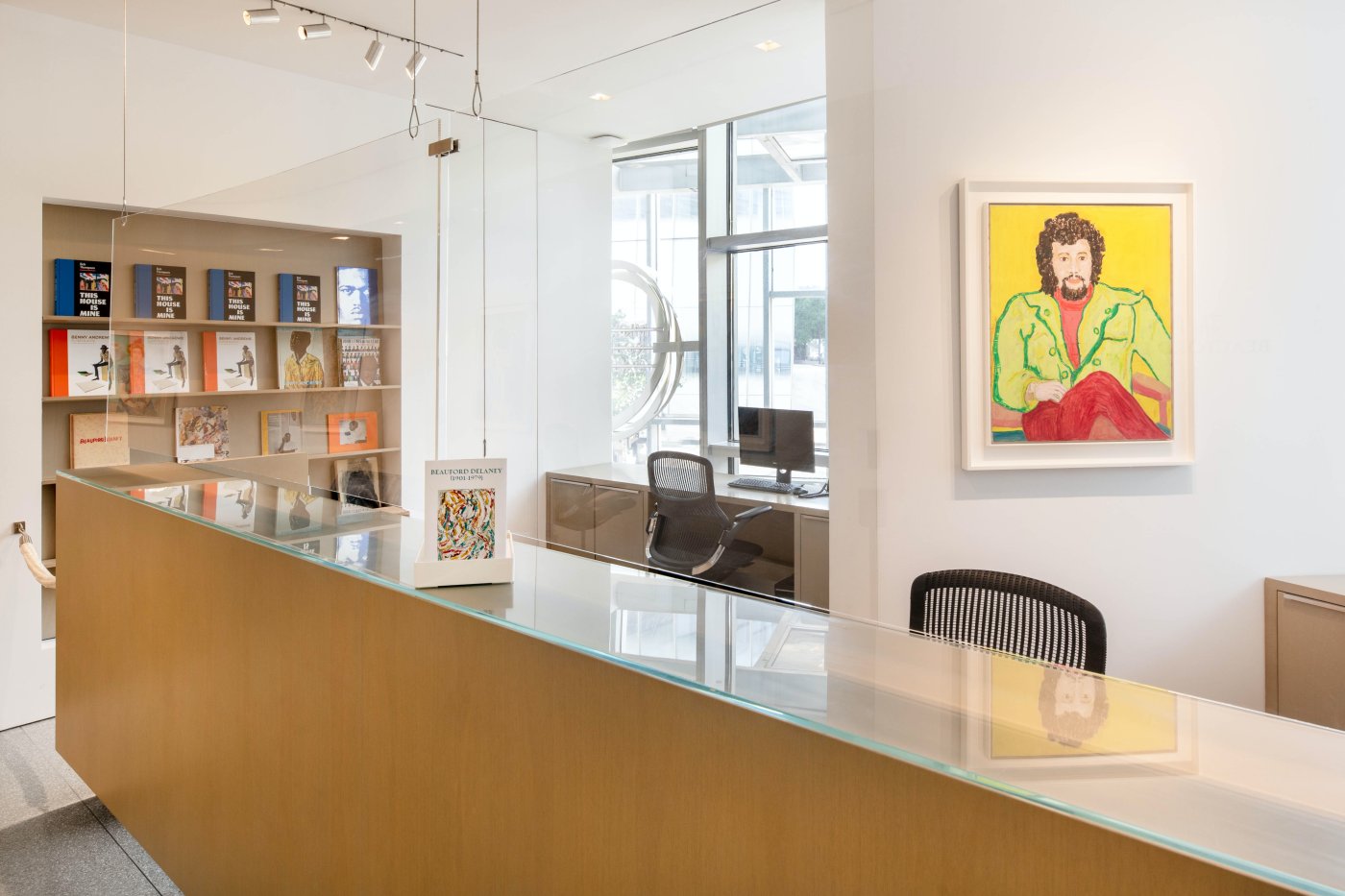 Featuring 25 portraits and 7 abstract works, Be Your Wonderful Self: The Portraits of Beauford Delaney explores the preeminent status portraiture held in the artist’s life and work, following the trajectory of his career from his “Greene Street” period in New York through his ardent embrace of pure abstraction after his relocation to Paris in 1953. By exhibiting Delaney’s portraiture alongside his abstractions, the exhibition seeks to reveal the common intention with which the artist approached both genres of painting, which came to dominate his artistic output for the remainder of his working years. Be Your Wonderful Self will be accompanied by an expansive catalogue, publishing new scholarship by Mary Campbell, Associate Professor of Art History at the University of Tennessee, Knoxville, and an illustrated chronology featuring an extraordinary selection of previously unpublished archival photos and ephemera. A special section of the publication will be dedicated to statements from such historical and contemporary voices as James Baldwin, Richard Long, Julie Mehretu, Georgia O’Keeffe and Amy Sherald, who describe the indelible impact Delaney’s work had on their practices and the broader evolution of 20th century modernism.

The scope of Be Your Wonderful Self encompasses Delaney’s mature career, beginning with his masterful early portrait of a young James Baldwin, Dark Rapture (1941), and terminating with his penetrating 1972 depiction of Jean Genet. Though its acclaim is well-earned, Delaney’s technical mastery often eclipses his singular ability to capture individual temperament in his portraits—a capacity often augmented by the artist’s sincere and unconditional engrossment in his sitters. His distinctive formal approach to portraiture melds abstraction and figuration in such a way that the physical description of the sitter is secondary to their psychological essence; by emphasizing specific characteristics of their form (often including clothing or expression) Delaney renders each subject as an iconographic manifestation of their interior self. His bold fauvist palette and meticulously textured surfaces, which range from densely encrusted to ethereally sheer, unifies subject and background in a way that overshadows their corporeal presence, rendering each painting a new, holistic embodiment of its subject. Delaney often worked from memory when painting portraits, an approach that imbues his pictures with a particular subjectivity rooted in the artist’s emotional and psychic relationship with his subjects; far from a narcissistic impulse, Delaney embraced this approach as a means to making the imperceptible connection between artist and subject visible through a combination of formal exaggeration or simplification expressed through a meticulous chromatic exactitude.   Delaney’s abstractions were likewise conceived in his studio without a physical referent present—usually with the walls and other works in the space covered by white bedsheets to enhance the effects of the natural light—and testify to the intense drive for aesthetic experimentation he felt unable to adequately express in his figural works. Considered by the artist to be individual expressions of ineffable emotional or cosmic profundities, the abstract works often acted as a receptacle for the overflow of creative passion that overwhelmed the artist after settling in Paris. By exhibiting these parallel bodies of work in conversation with each other, Be Your Wonderful Self seeks to reveal the conceptual crux that unifies them, namely the arresting treatment of tone and atmosphere inherent to the artist’s entire oeuvre. As critic and poet Jean Guichard-Meili wrote in a review of the artist’s 1964 exhibition at Galerie Lambert, “Only a methodical and extended exercise of vision will permit [the abstract paintings] to be sensed and savored amid and beneath the network of color tones…the movements of internal convection, the vibrations of underlying design. The portraits do not differ from the other works…Background, clothing, hands, face are the pretext for autonomous harmonies.”[3]

Biographically, Delaney was as affable as he was generous, often living in poverty due to his charitable nature. The artist’s good friend Henry Miller once summarized Delaney’s benevolent disposition: “He has made many, many friends throughout his career, and he never ceases to make new ones. He is not just a friend he is the friend, the one who gives his all. Poor though he has been, he has never given the impression of being miserable. He has always given to more than he received—that is to say, himself.”[4] Delaney’s figurative paintings demonstrate his indiscriminate eye for subjects, which variously depict family, casually encountered acquaintances from all walks of life, and friends from his wide circle of artists, writers and other cultural luminaries. Though many in his social network were individuals of exceptional acclaim, Delaney’s genuine warmth and interest extended to everyone he befriended regardless of social status, including Larry Wallrich, a Greenwich Village bookstore employee that became a lifelong friend, and to whom the titular phrase of this exhibition was directed in a 1953 letter from the artist.

An abiding devotee of abstract expressionism, Delaney felt compelled to pursue his interest in non-objective imagery in the mid-1950s, after the artist’s relocation to Paris instilled in him a new sense of artistic freedom. Upon settling among the Parisian avant-garde scene of American expatriate artists that included Baldwin, Bob Blackburn, Harold Cousins and Sam Francis—the latter of whom, along with Monet, Delaney would credit as influential to his early abstractions—Delaney embraced this new mode of expression, which became the prevailing approach to his practice in the years that followed. Though they bear no linear or formally descriptive elements, Delaney’s abstractions contain the same level of meticulous individualism in composition, palette, and surface quality as his portraits, manifesting a highly expressionistic handling of surface to elicit an energetic sense of movement and formal interplay.

Indeed, despite constituting such a drastic stylistic leap in comparison to his Greene Street period, the abstractions’ place alongside Delaney’s portraiture in the timeline of his career reveals an ideological consistency in the artist’s conception of painting, which he understood as an endeavor to embody light through paint with the same universal illumination with which it makes the world itself visible. “My work intensifies itself and some of the years of groping begin to take root in color and form,” Delaney wrote to Miller in 1964. “The human situation invades and pours. I am humbly dedicated and try to find orchestration for this deluge…One tries to speak through the brush the tangible and intangible feelings. They permit the vast panorama of things before, present, and future.”[5]

Michael Rosenfeld Gallery LLC is Special Advisor and Representative of the Estate of Beauford Delaney.