Lehmann Maupin presents be/longing, the first exhibition since the global onset of the COVID-19 pandemic. The exhibition features latex sculpture, photography, works on paper, and painting by Heidi Bucher, Catherine Opie, Angel Otero, and Suh Se Ok. In light of the recent self-isolation measures taken across the globe, this exhibition examines the myriad ways each artist has dealt with feelings of alienation stemming from gender and sexual orientation discrimination, the longing for family and home, and feeling distance from a community. The title’s play on words evokes the human need to feel a sense of belonging as well as the universal longing for companionship and connection in moments of isolation. 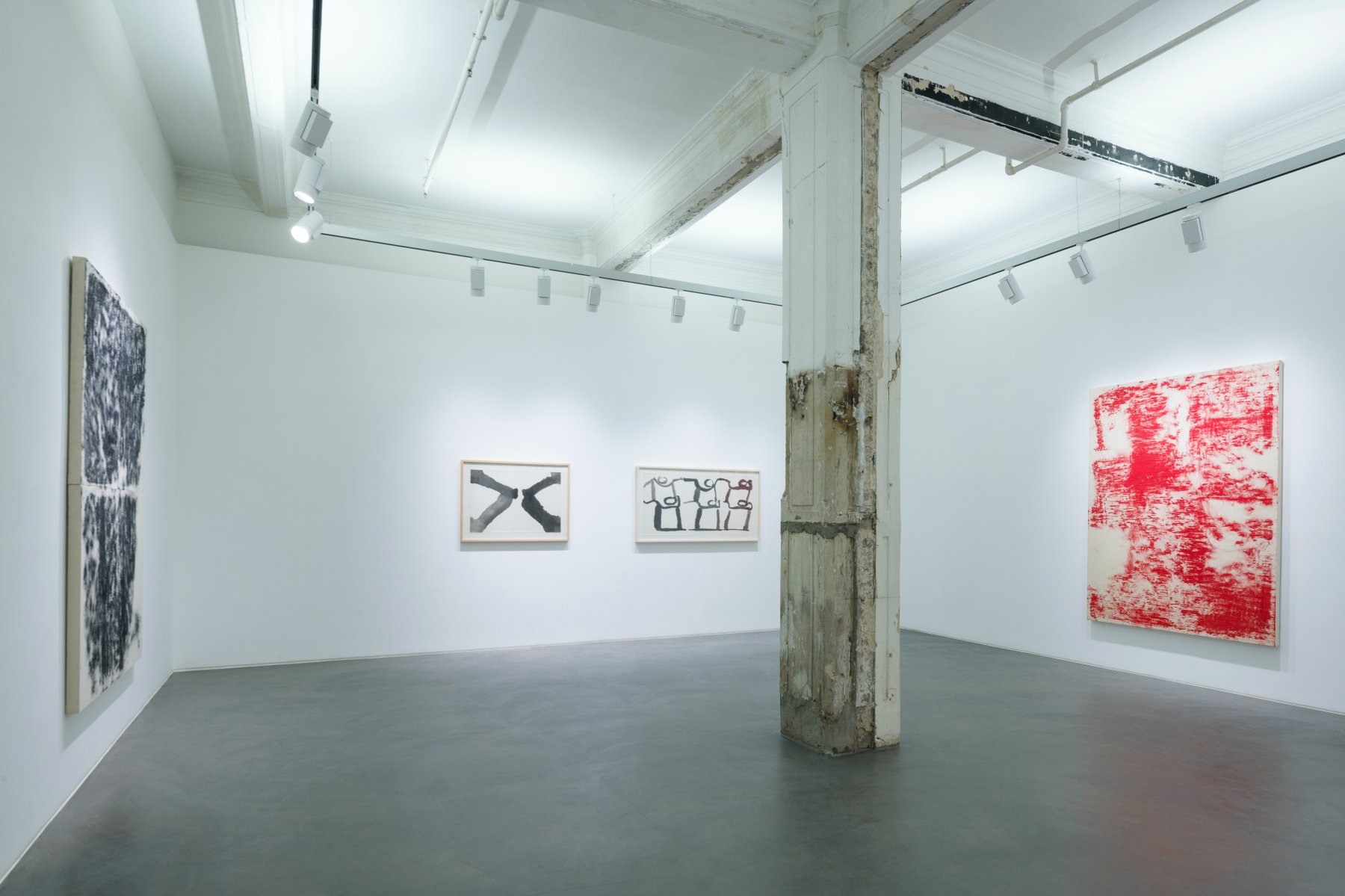 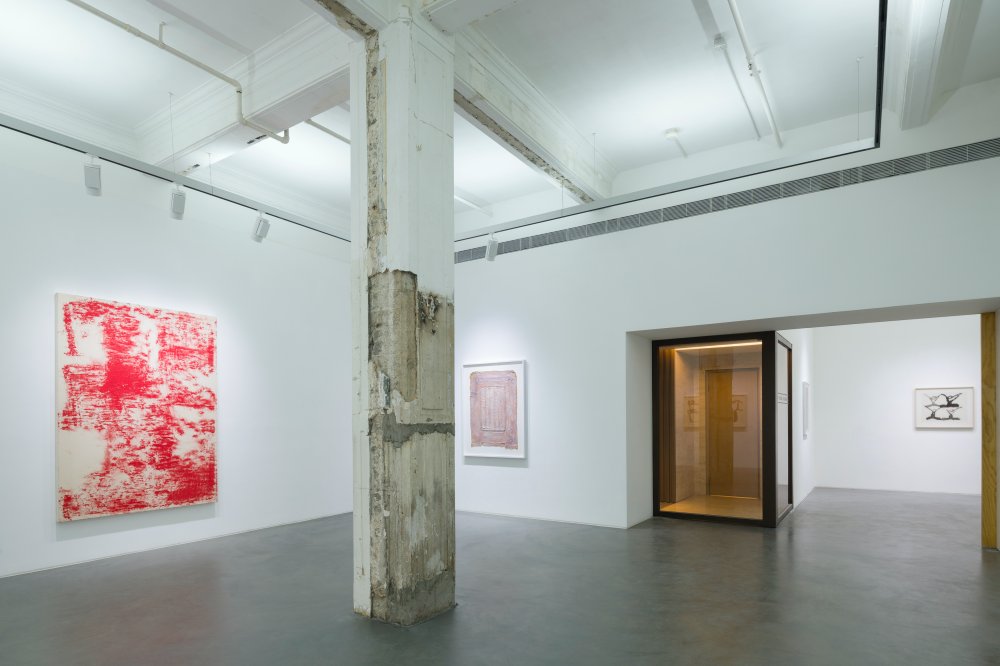 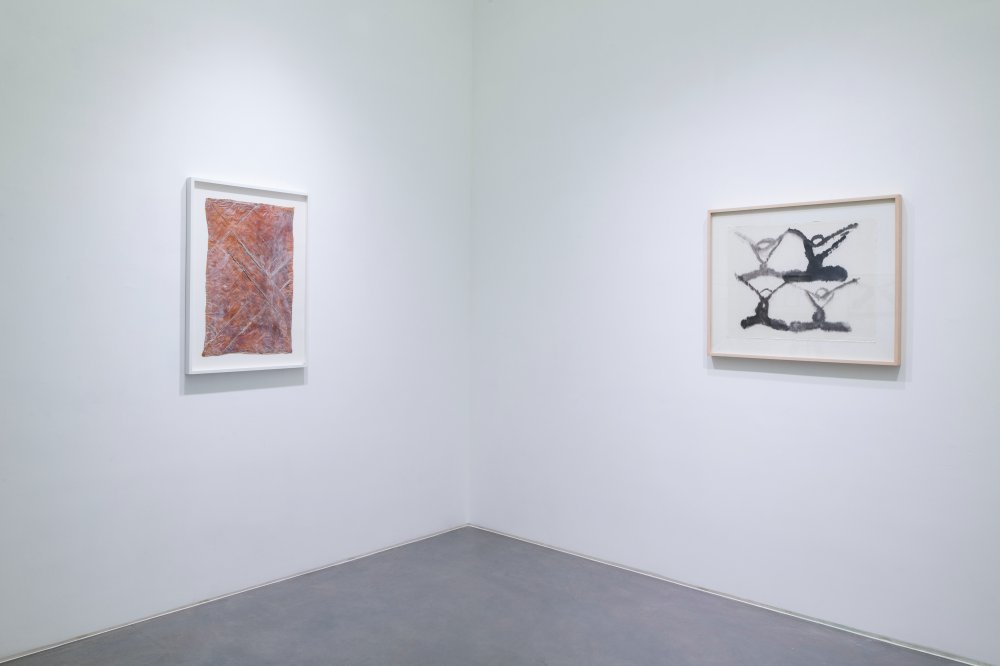 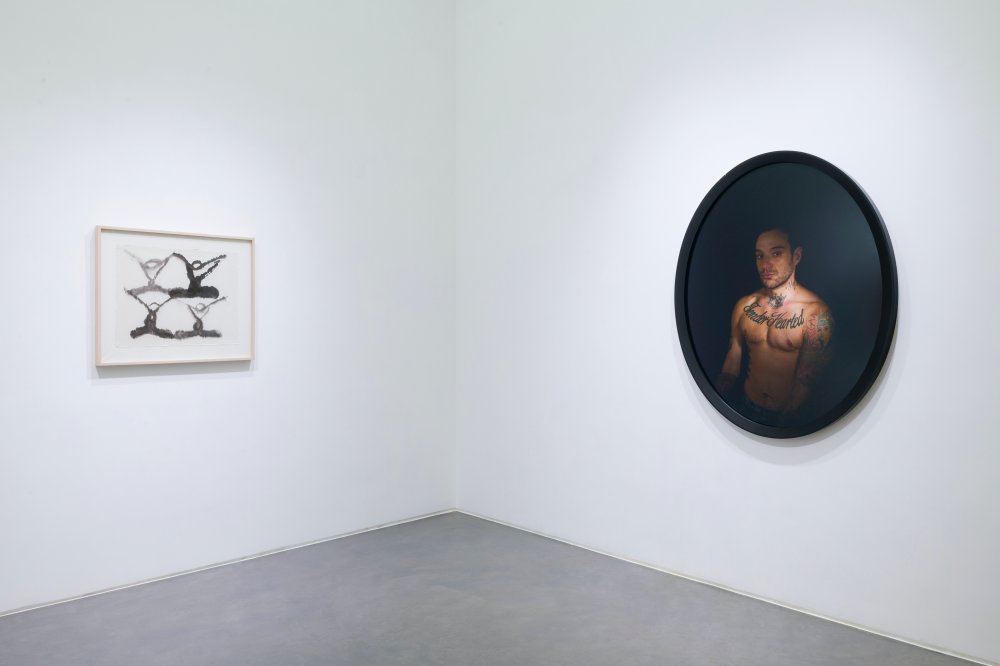 Each of the artists featured in be/longing engages with the themes of connection, belonging, and isolation in their own way. Opie creates regal portraits of the LBGTQ+ community to bring visibility to an often underrepresented group, while Otero creates abstract representations of family and friends through a labor-intensive process that employs silicone and graphite dust to explore the amorphous nature of memory and how it changes over time. Suh strips the human figure down to its bare essentials, creating a series of ink on paper works depicting solitary or linked figures that represent the relationship between the individual and the community, while in Bucher’s work, the figure is completely omitted―the artist uses latex to capture the imprint of domestic spaces and objects, which hold the residue of their occupants.

Thinking critically about ideas of belonging and community, Opie (b. 1961, Sandusky, OH; lives in Los Angeles, CA) first gained attention during the 1990s for a series of studio portraits titled Being and Having. An early exploration of individual and communal identity, her sitters were gay, lesbian, and transgender men and women drawn from Opie’s circle of friends and fellow artists, many of whom associated themselves with the sadomasochist leather subculture in Los Angeles and San Francisco. Since then Opie has sought to reconstruct the critical, often negative, language surrounding subcultures in order to foreground the nobility of these communities and individuals. For Rocco (2012), Opie utilizes the classical technique of chiaroscuro, with a black drop cloth and theatrical lighting, arranging her subject in a symbolic pose that conveys a heightened sense of emotion, while the lack of any background highlights the intimate details of the face and body. In Rocco, the figure’s face is hidden in shadow while his torso, covered in a tattoo that reads “tender hearted,” is the focus of the photograph. Opie’s ability to capture the intimate characteristics of her subjects, like Rocco, dismantles assumptions about a person based on their physical appearance, inviting a more expansive reading of the individual immortalized in Opie’s portrait.

Over the last decade, Otero (b. 1981, Santurce, Puerto Rico; lives and works in Brooklyn, NY) has experimented with numerous genres and styles, from representational imagery (still lifes, domestic interiors, landscapes), to pure abstraction, to a harmonious combination of both. Though known as a painter, Angel has long been a collector (of sorts)―interested in material, history, memory, found objects, or rediscovered photographs from his childhood that often end up integrated into one of his paintings. Las Minas, a work from 2014, is representative of Otero’s investigation into the constructs of memory through the process of painting. Starting from a personal photograph, Otero digitally distilled the image down to a minimal line pattern similar to an etching or woodcut. He then traced the outline onto linen canvas using silicone, covering it with a graphite dust that adheres to the silicone surfaces. The visual transformation of the source image into an abstraction serves as a metaphor for the way that memory, and our nostalgia or longing for spaces and people from our past, becomes more intangible as it shifts over time.

Suh Se Ok (b. 1929, Daegu, Korea; lives and works in Seoul, Korea) began painting images of people in 1949, inspired by his deep interest in human interactions and relationships. This series, known as his People series, became a significant focus of his work during the late 1970s. Strongly affected by his experiences of both isolation and connection while traveling abroad, Suh created simplified depictions of people to explore the intricacies of human interconnectedness regardless of age, place, or station in life. Even where Suh renders a lone figure, the image appears to be a single component of an imagined, larger group of figures, giving the viewer the impression of seeing a “cropped” image. In both the Person and Dancing People series, Suh renders the human figure with a limited number of brush strokes, and these simplified gestures represent comprehensive and implicative human figures, suggesting “symbolized humans.” In Dancing People, the expressive, simple and loose brushstrokes, exemplify bodies in motion. The repeating shapes in Suh’s People works also resemble the first consonant for the word “person” in Korean (ㅅ in 사람 ) and Chinese (人). Suh’s representation of the solitude of the individual in contrast to the joy of community invites us to consider the power and comfort of belonging to a group and the real effects of isolation.

When Bucher (b. 1926, Winterthur, Switzerland.; d. 1993, Brunnen, Switzerland) returned to Switzerland in 1973 after living briefly in the United States, she moved into a former butcher shop in Zurich, the basement of which (the cold store, called “the borg”) became her studio. Recently divorced and living on her own, it was during this period that she began her series of “skinnings”―latex castings of the spaces she occupied. The process of skinning a room was highly labor intensive. After applying gauze and multiple layers of latex to the space of interest, Bucher tore the semi-hardened latex from the walls or floor, carefully maintaining the correct tension to prevent the material from ripping. In Door of the Borg, detail and Untitled (The Parquet floor of the Herrenzimmer) Bucher created small detail skins of her studio and the floor of her father’s study. Bucher also began working with domestic objects like clothing, bedding, and pillows, embalming them in latex or sometimes simply coating them in mother-of-pearl, preserving the objects as artifacts of their time and creating surfaces that appeared skin-like and pearlescent. In a work like Bed, this process captured not only the folds and creases of the material, but also physical traces and personal histories of the object’s owner, as though becoming surrogates for the bodies that interacted with them or perhaps mementos of people loved and lost.