Barthélémy Toguo: If Not Now, When ?

Barthélémy Toguo: If Not Now, When ? 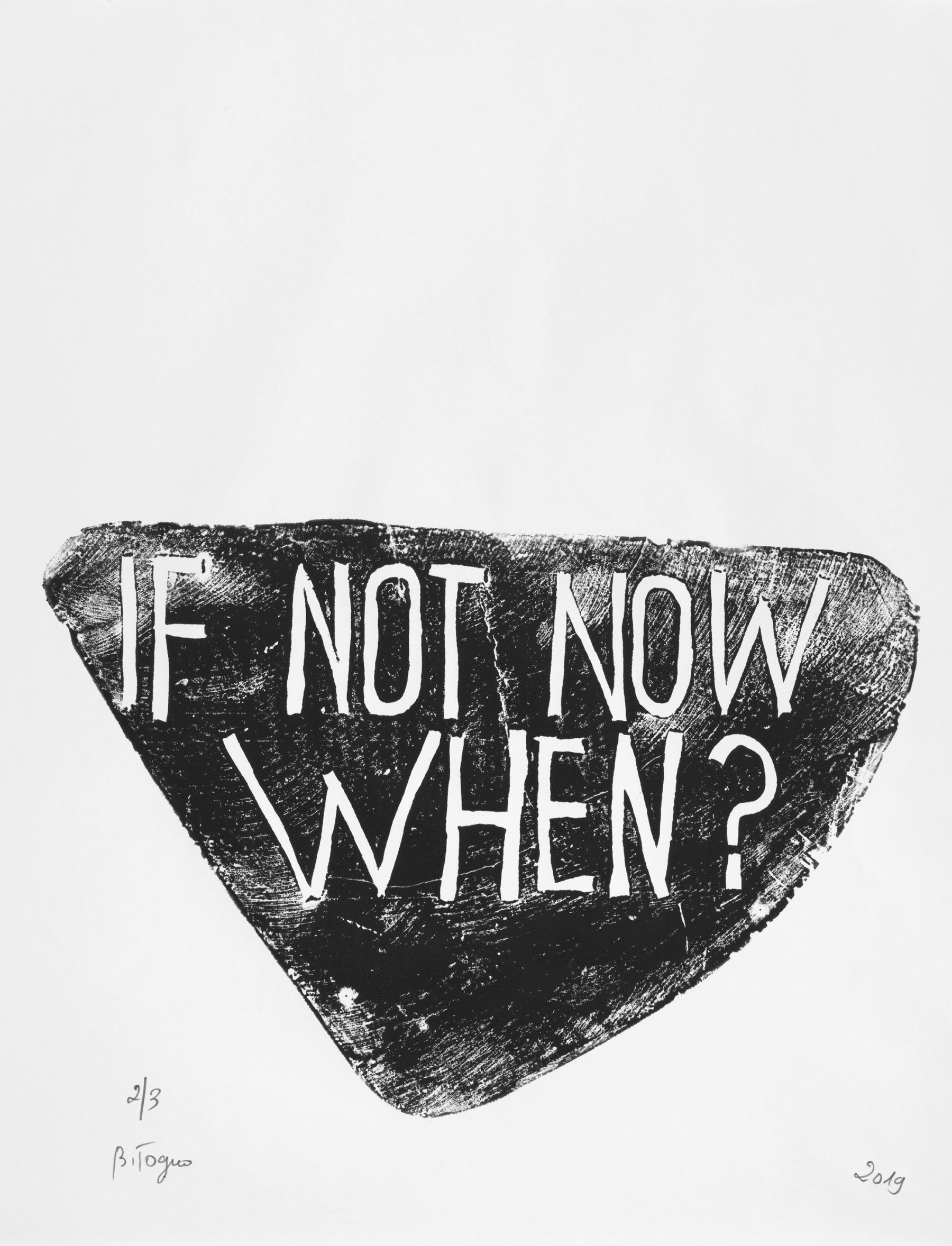 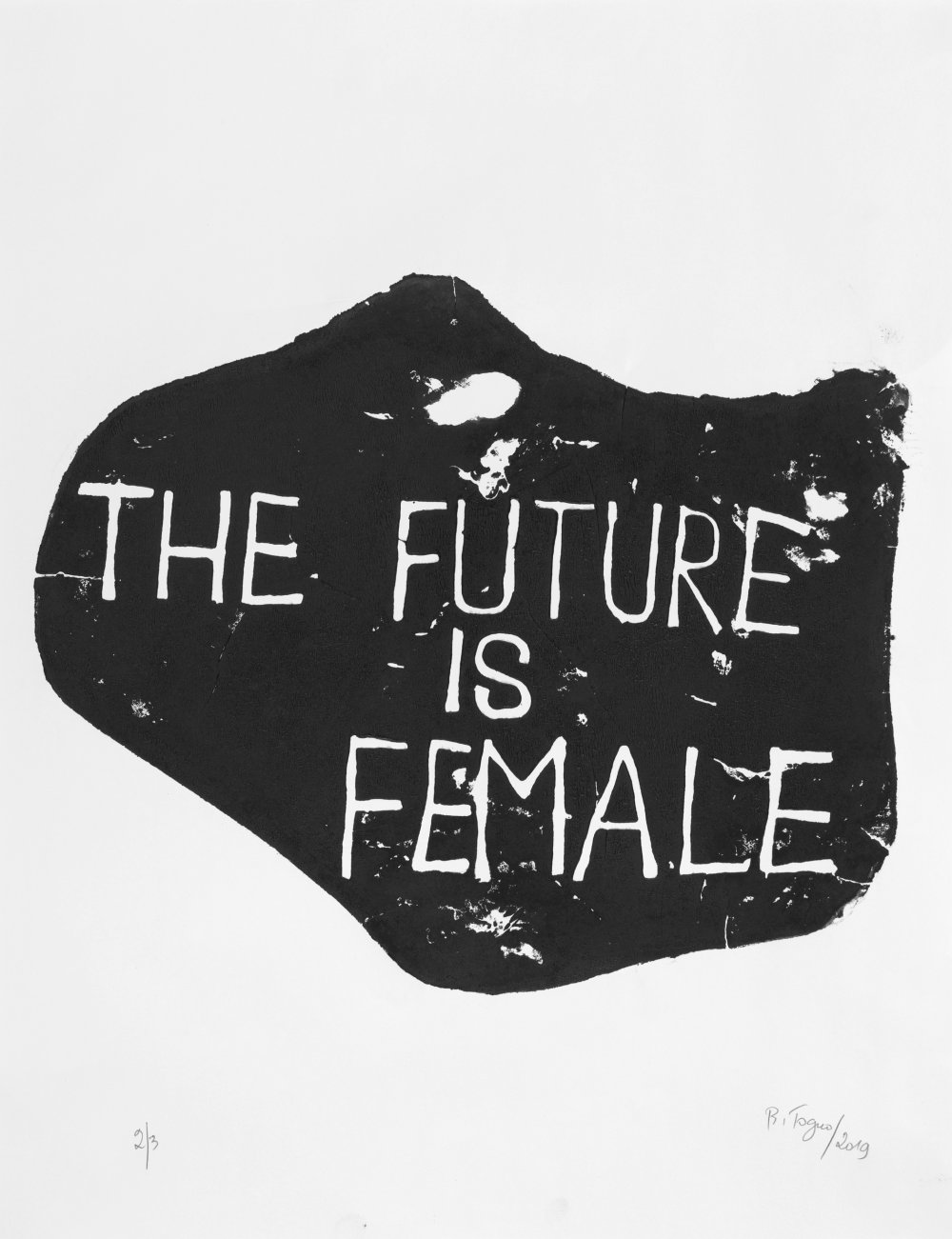 Barthélémy Toguo
The Future Is Female, 2019 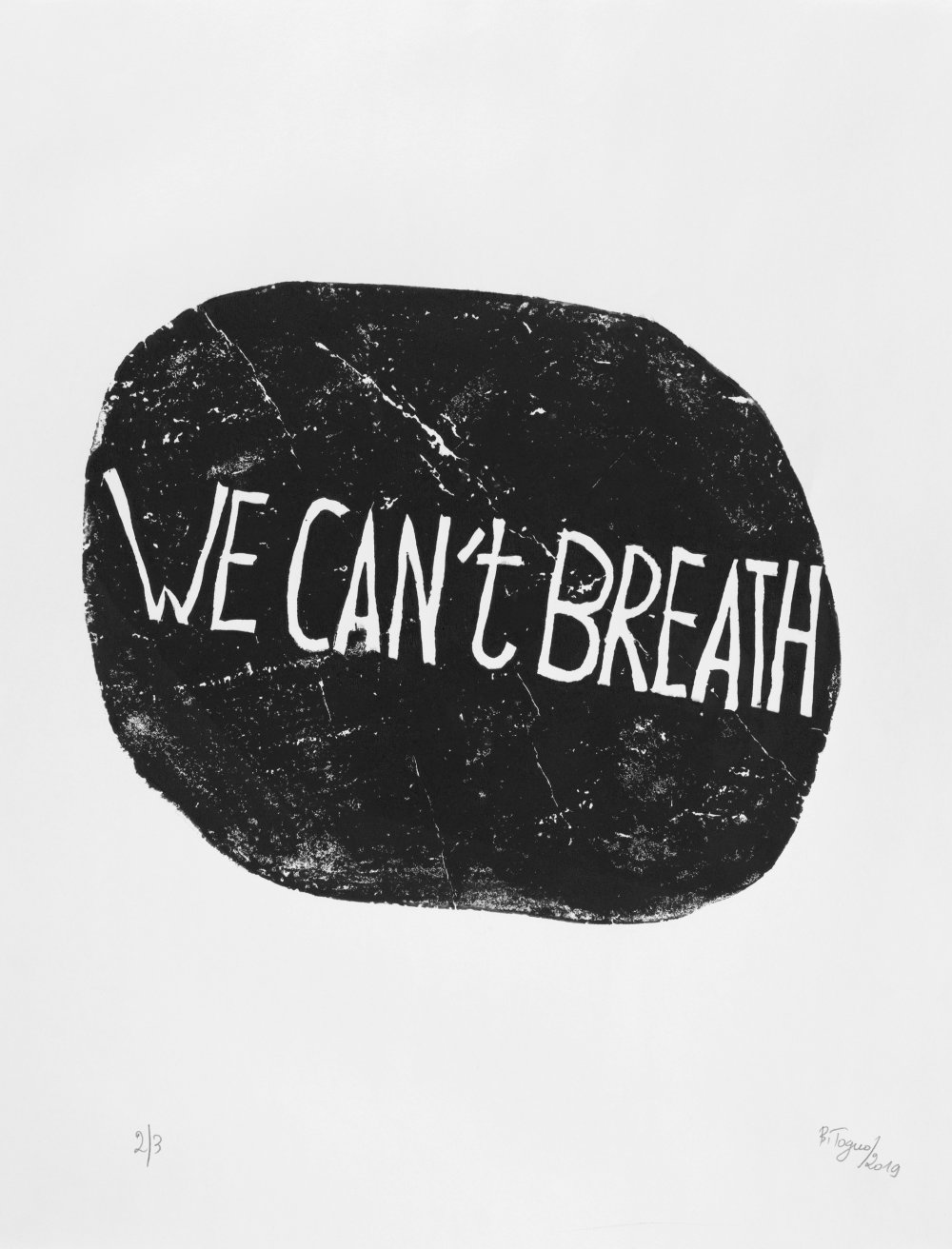 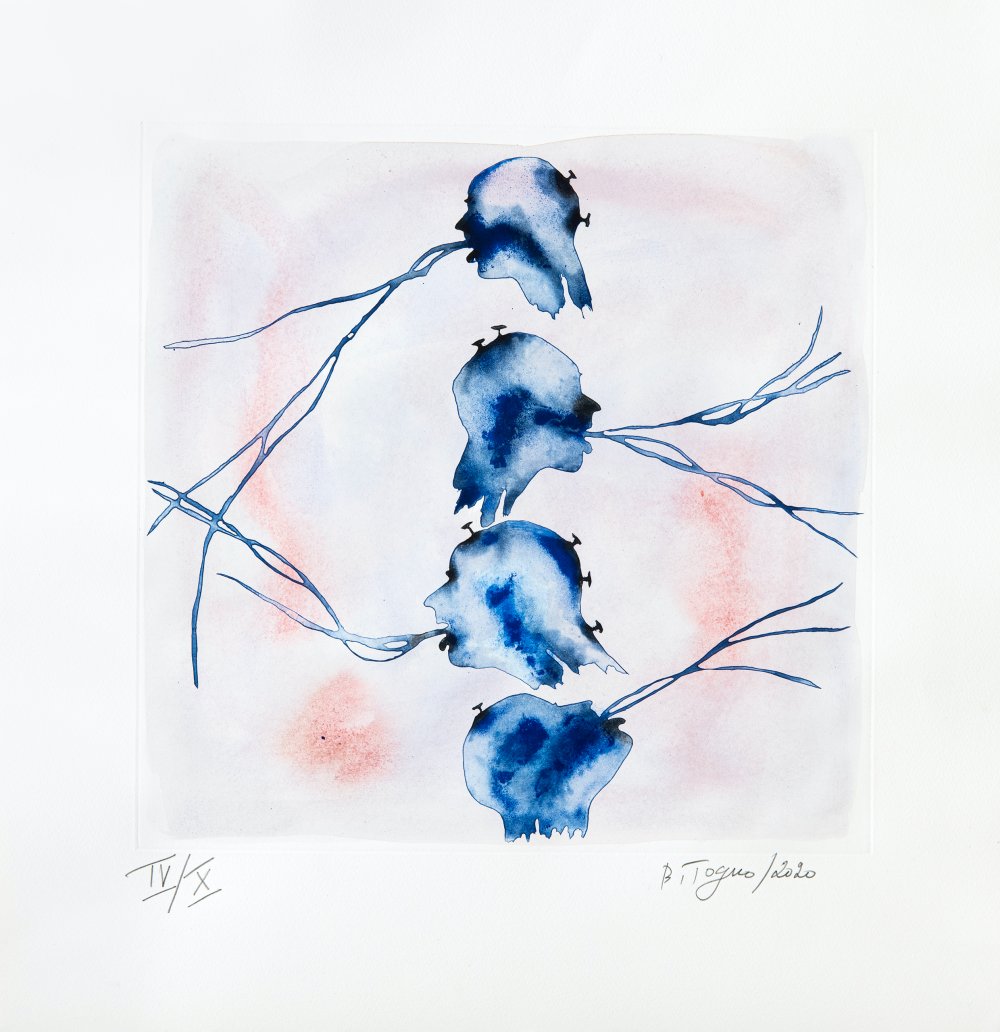 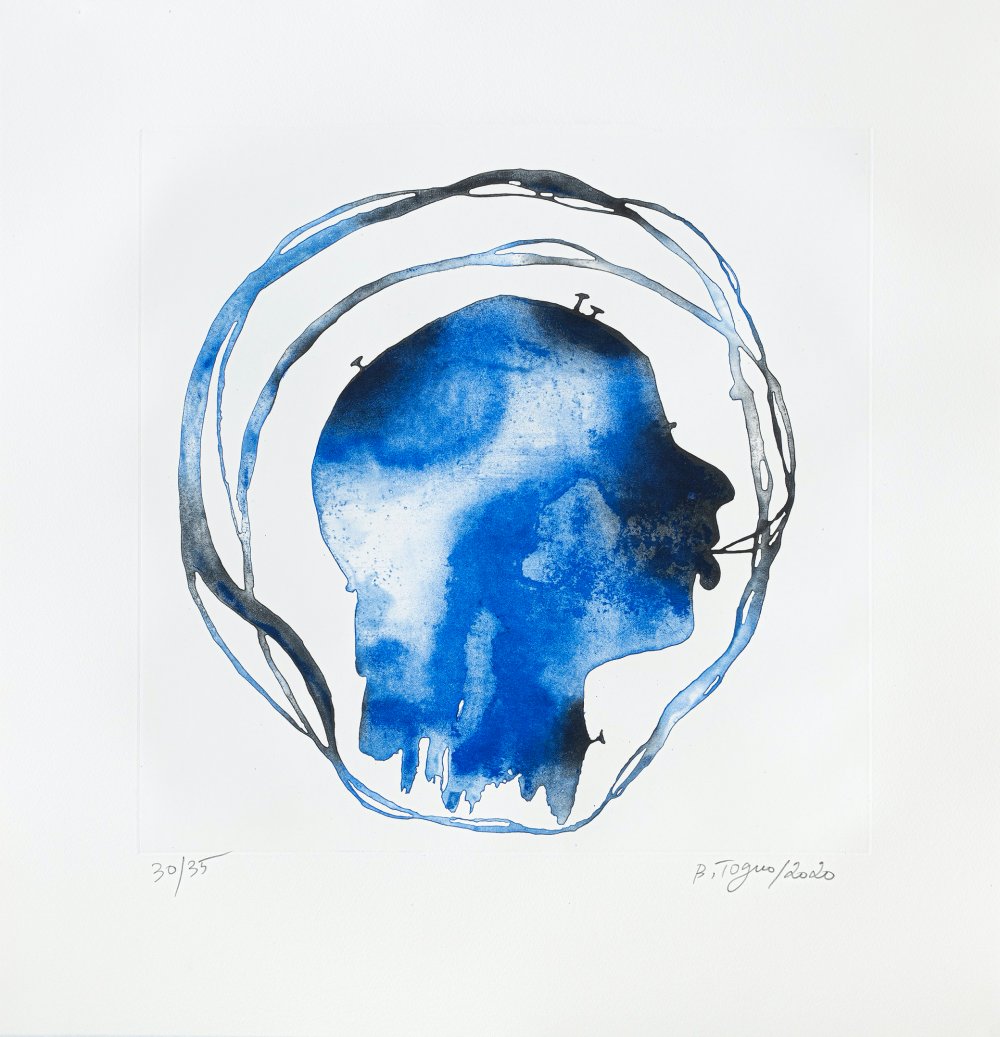 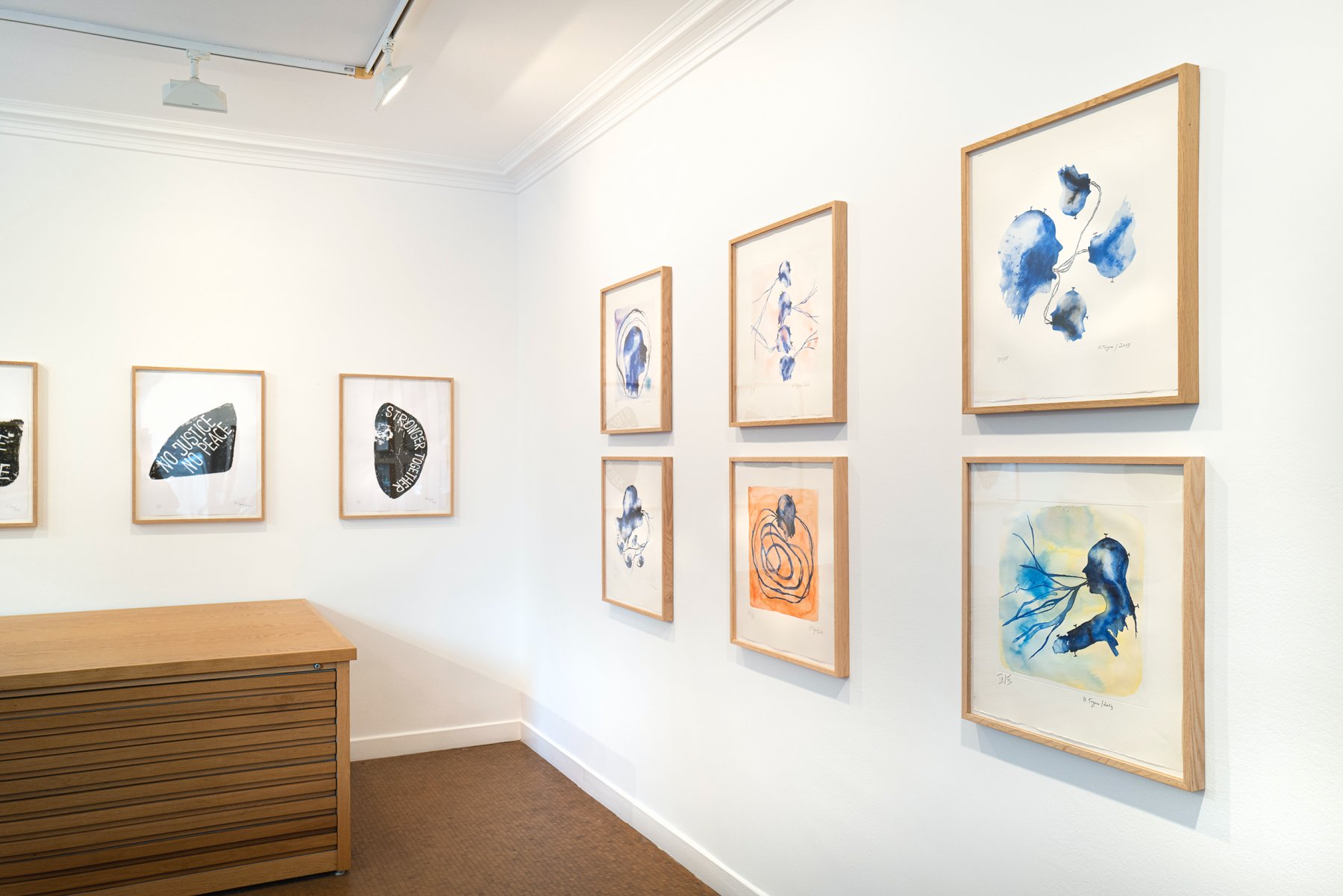 Barthélémy Toguo is a multidisciplinary artist known for his paintings but also for his captivating installations. One of the most emblematic of his works consists of an assembly of stamps made from sculpted wood and the prints they produce, the slogans of which mostly evoke the question of emigration/immigration and the free circulation of goods and people. An important grouping of these stamps, Urban Requiem, was exhibited at the Venice Biennale organised by Okwui Enwezor in 2015. For this new exhibition in the bookshop at Galerie Lelong & Co., the prints from his new stamps, mostly focused on denouncing racial discrimination in the United States and produced in New York in spring 2019 are presented. In parallel, on view are prints from the series of etchings started in 2019, all engraved in blue and whose names evoke the rivers of Cameroon, the artist’s home country.

The exhibition at the bookshop coincides with the presentation at the Centre Pompidou of recent acquisitions from around 60 artists “from the South” (Africa, Middle-East, Asia, Latin America), including a large installation by the artist in the hall, which will open on 29 July under the title Global(e) Resistance. The work of Barthélémy Toguo will also be presented in the autumn during the Biennales of Busan (South Korea) and Dak’art (Senegal). A one-man show, Désir d’humanité, les univers de Barthélémy Toguo, will be organised at the Quai Branly museum from 6 April to 5 December 2021, where the Fondation Dapper has been given carte blanche to coordinate ancient works with those of this Cameroonian artist, as part of the programme of the 2020 Africa Season.
In preparation, an important monograph on Barthélémy Toguo, with a text by Philippe Dagen, to be published by Editions Skira.