David Gill presents TRUTHLIESFEARLOVE an online exhibition of Barnaby Barford’s latest body of work. Encompassing 10 unique works on paper, TRUTHLIESFEARLOVE is the outcome of the artist’s further exploration of his word drawings, Barford’s signature technique consists of repeating the same words over and over, allowing his practise to develop both on a formal and conceptual level.

These works on paper highlight the prevalence of contemporary debates on the evolving notion of concepts such as “truth” and “lie” in an era characterised by technology and connectivity. Reflecting on recent historical and political events, Barford’s latest works are testimony to a changing world in which everything is susceptible to being questioned, an oscillation between the power of love and the limits of fear. 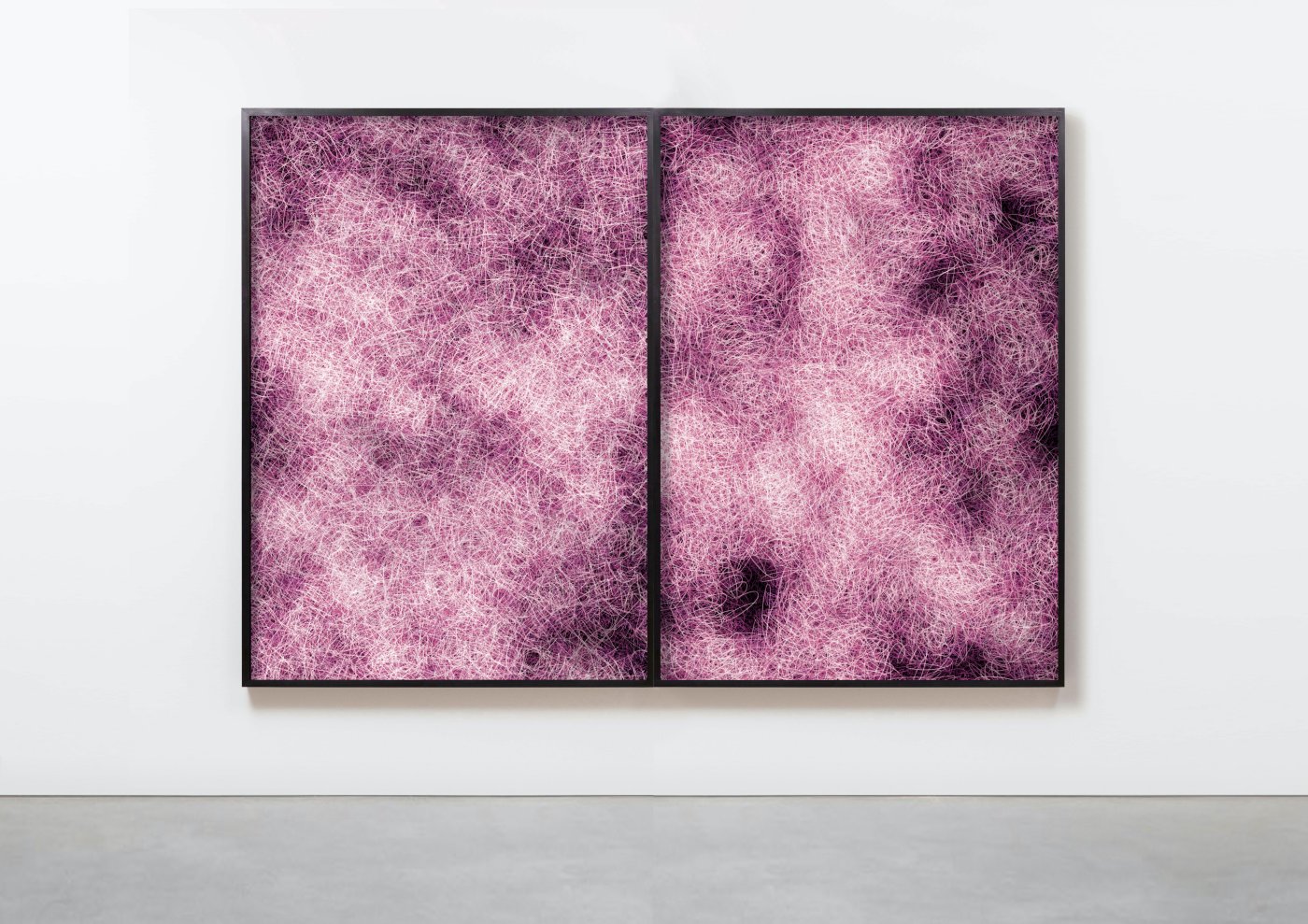 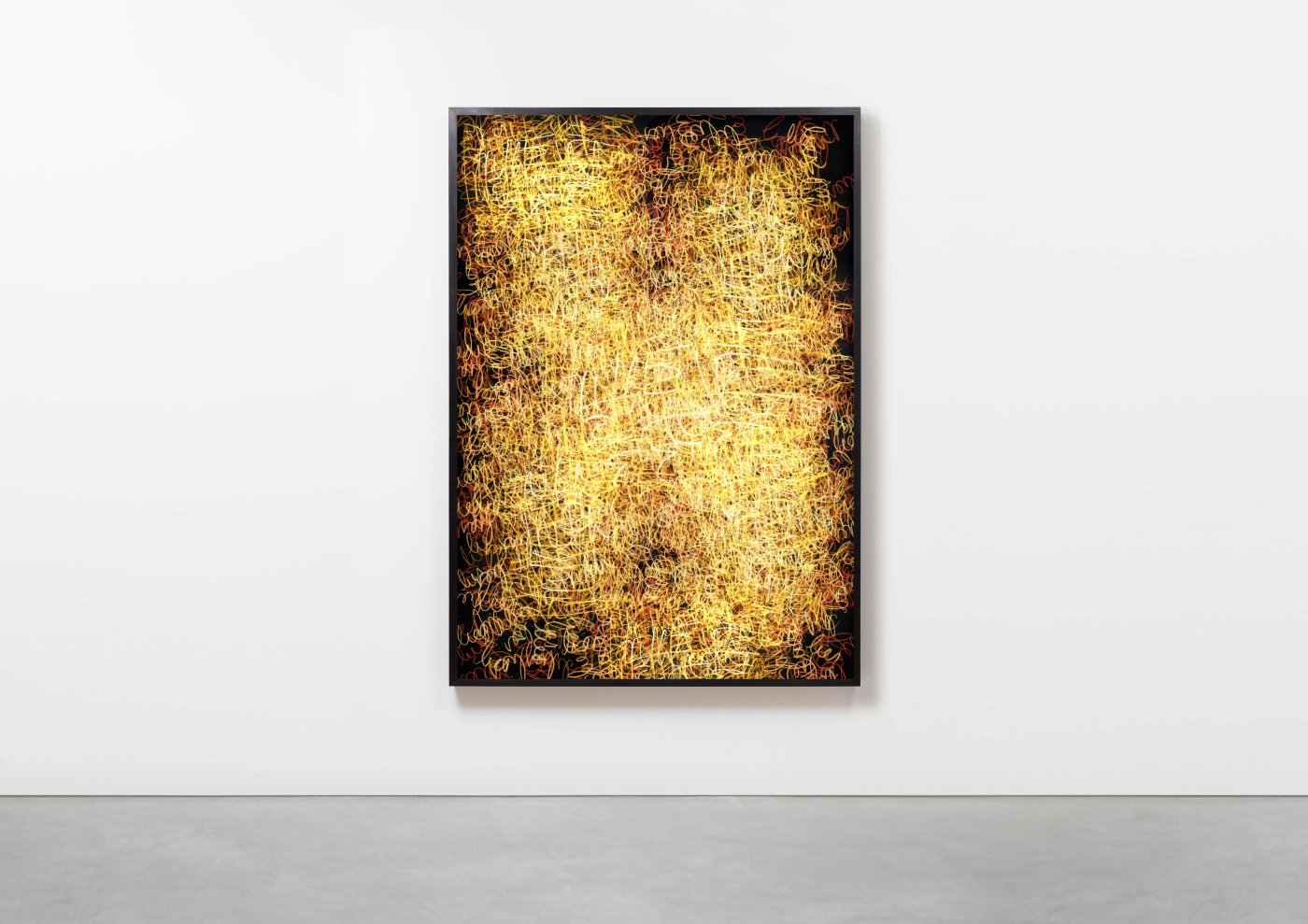 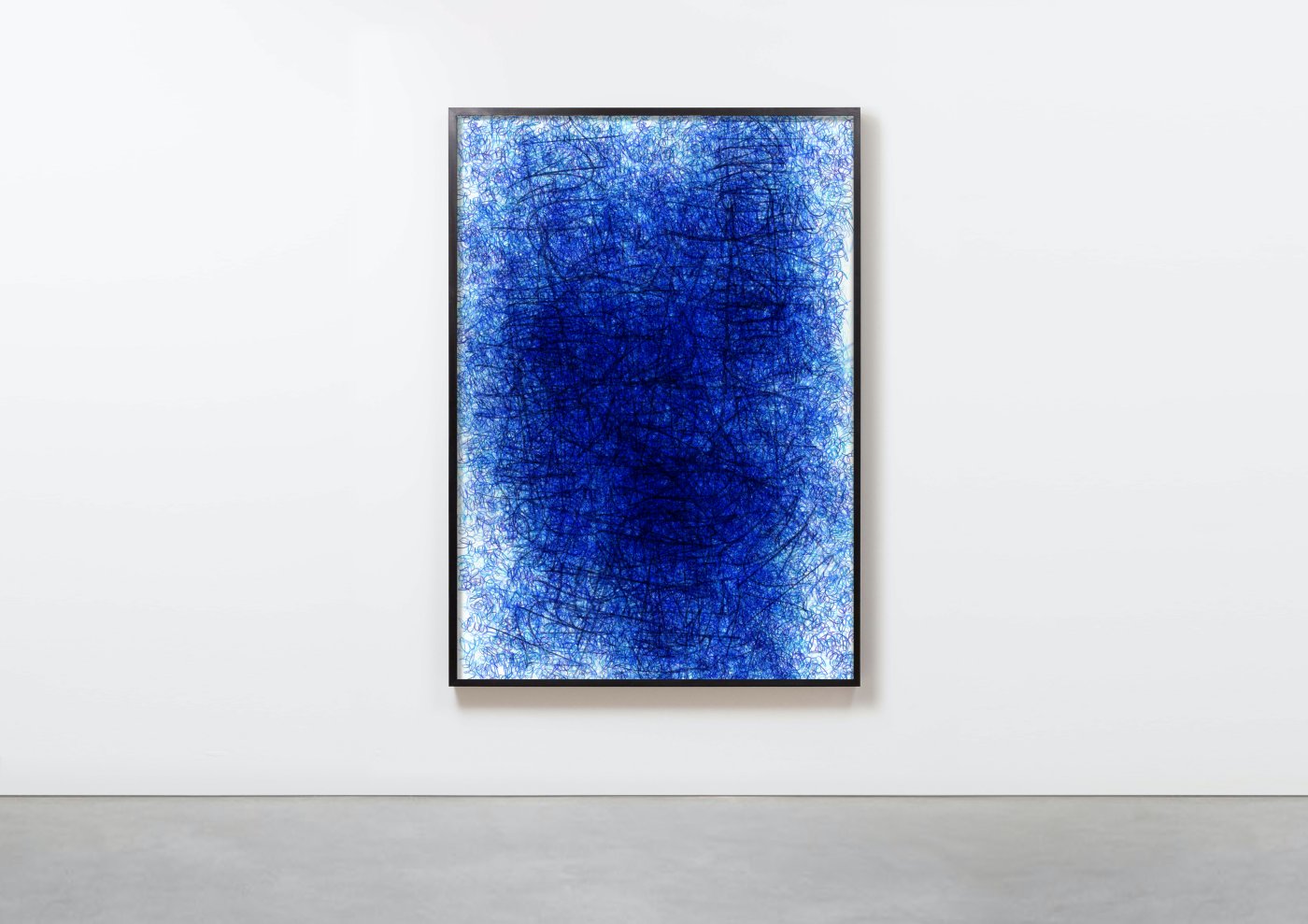 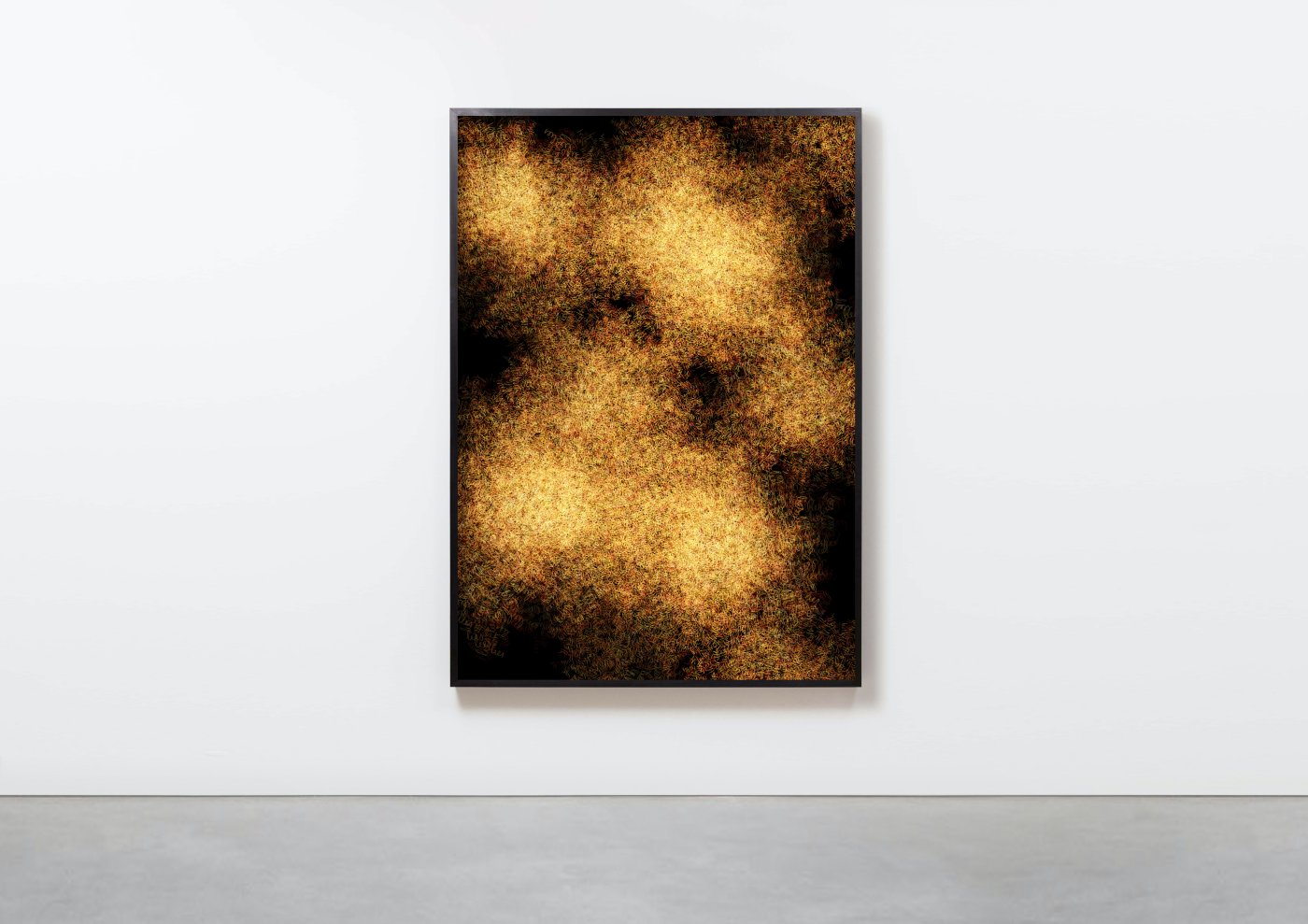 It is interesting to watch the time lapse video of Barnaby Barford drawing ‘Love over Fear', 2020: similar to a figurative painter seeking to construct the illusion of depth, Barford builds up a background layer with smaller, fainter marks before setting increasingly large and strong accents in the middle and foregrounds. The difference between a traditional painter and Barford is that Barford denies the viewer the tree-lined avenue or meandering path that should conduct our eye through the receding planes to a point of reference in the imagined distance. Instead, we are faced with an impenetrable thicket, where the word LOVE, traced innumerable times across the paper, directs our gaze in sinuous arabesques into the grey mists that are building up beyond. Unresolved remains the question whether LOVE is absorbed by FEAR or manages to preserve its autonomy and integrity.

The coloured giclée prints start their life as smaller drawings allowing Barnaby Barford to work calligraphically rather than gesturally. The twists and turns of his wrist generate lines that seem incised rather than drawn. This gives the emerging structures the appearances of engravings; I am reminded of Rembrandt’s engraved night scenes, in which dense webs of lines condense to hovering effects of darkness and light. There is something visionary and ghostly about Barford’s ‘Truth & Lies (Gold)’, 2019 and ‘Truth & Lies (Blue)’, 2019; it is as though an Olympian god has assumed the guise of a golden cloud or blue starburst to appear before a mortal. Sadly, such appearances can come with their own brand of lies at the service of deceit and self-gratification: Zeus once tricked a woman into an amorous affair by descending to her in the shape of a golden shower of coins.

In ‘Truth & Lies (Gold)’, 2019, Barford has ingeniously graded the colours in such a way that the black void of the background releases first reds and oranges, then golden and darker yellows until, at the very centre and front of the image, white light has coalesced into a suspended script spelling neither Truth nor Lies but a portentous, all be it undecipherable, hieroglyph. The writing is on the wall but its message has been scrambled by layers of half-truths, spin and misinformation.

For ‘Truth & Lies (Pink)’, 2019, Barford has chosen the format of a diptych used by artists interested in the concept of a painting as an open magazine or book; I am thinking in particular of Andy Warhol and Anselm Kiefer. Rather than framing intelligible information or cogent argument, as befits an open book, Barford’s diptych seems unable to contain or control the beguiling viral clouds of pink signage floating across its surface. Created shortly before COVID-19 arrived on the world scene, ‘Truth & Lies (Pink)’, 2019 seems to be a haunting portent of the viral onslaught - biological or media-generated, fake or real - that the contemporary global citizen has to negotiate on a daily basis. 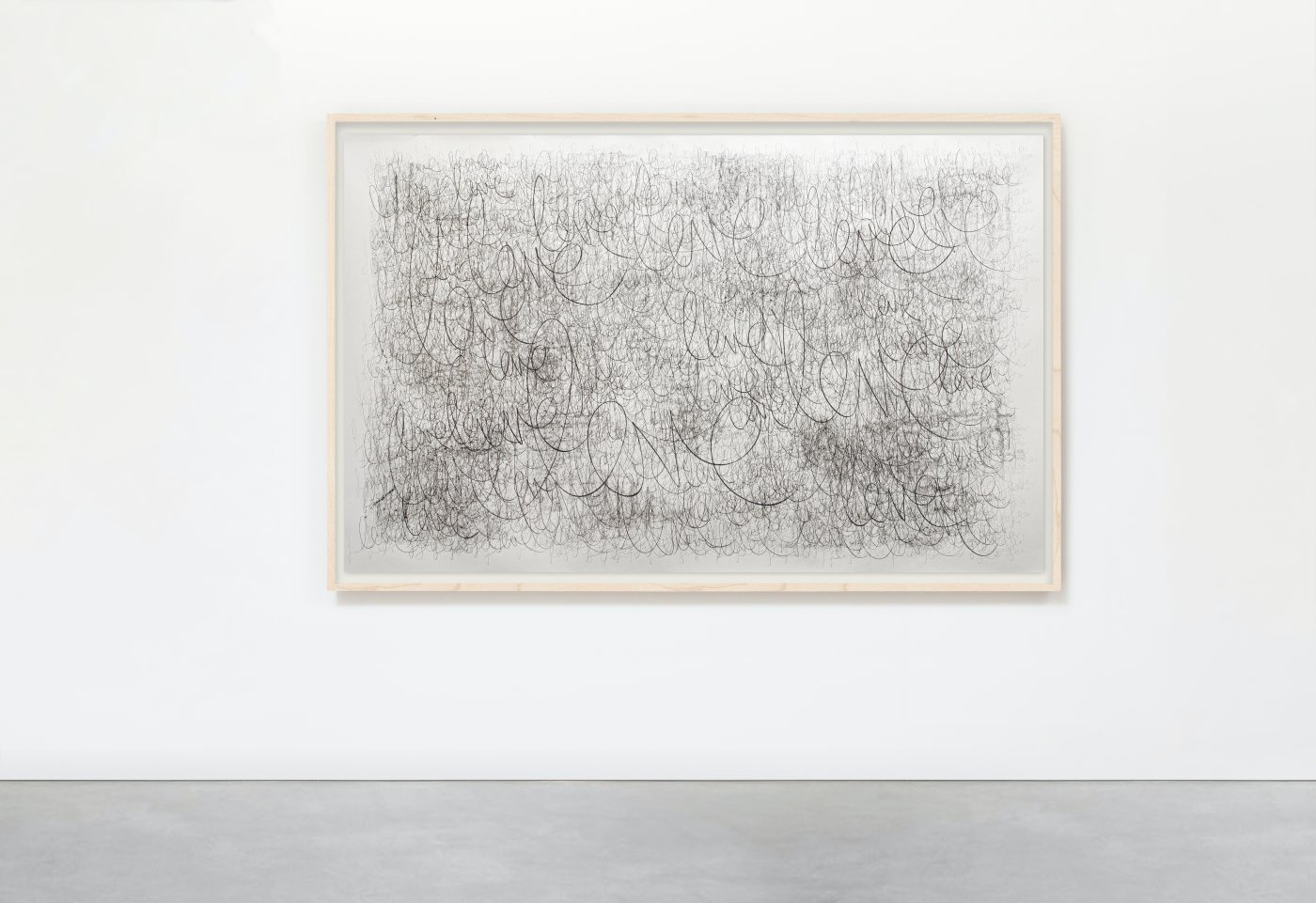 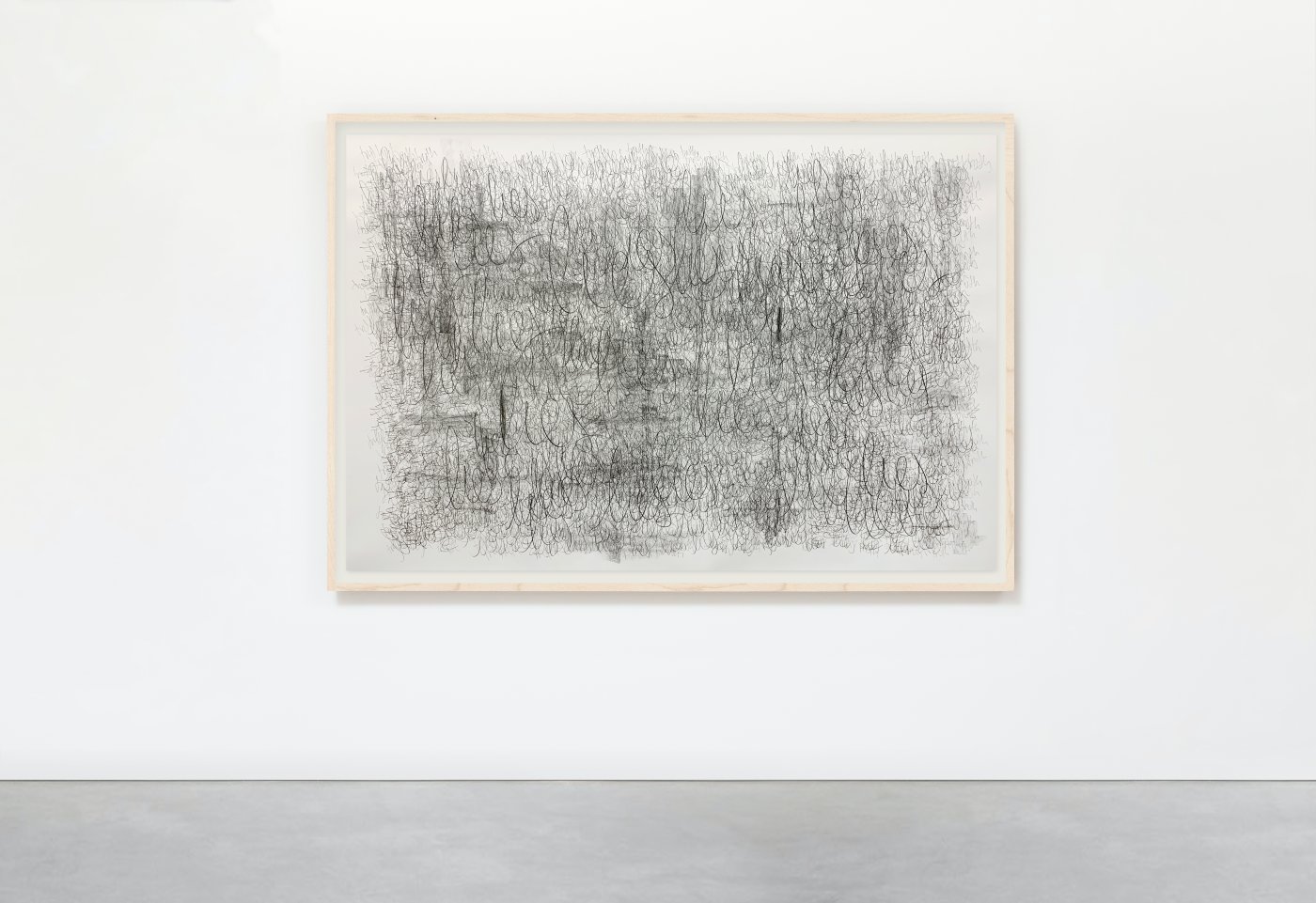 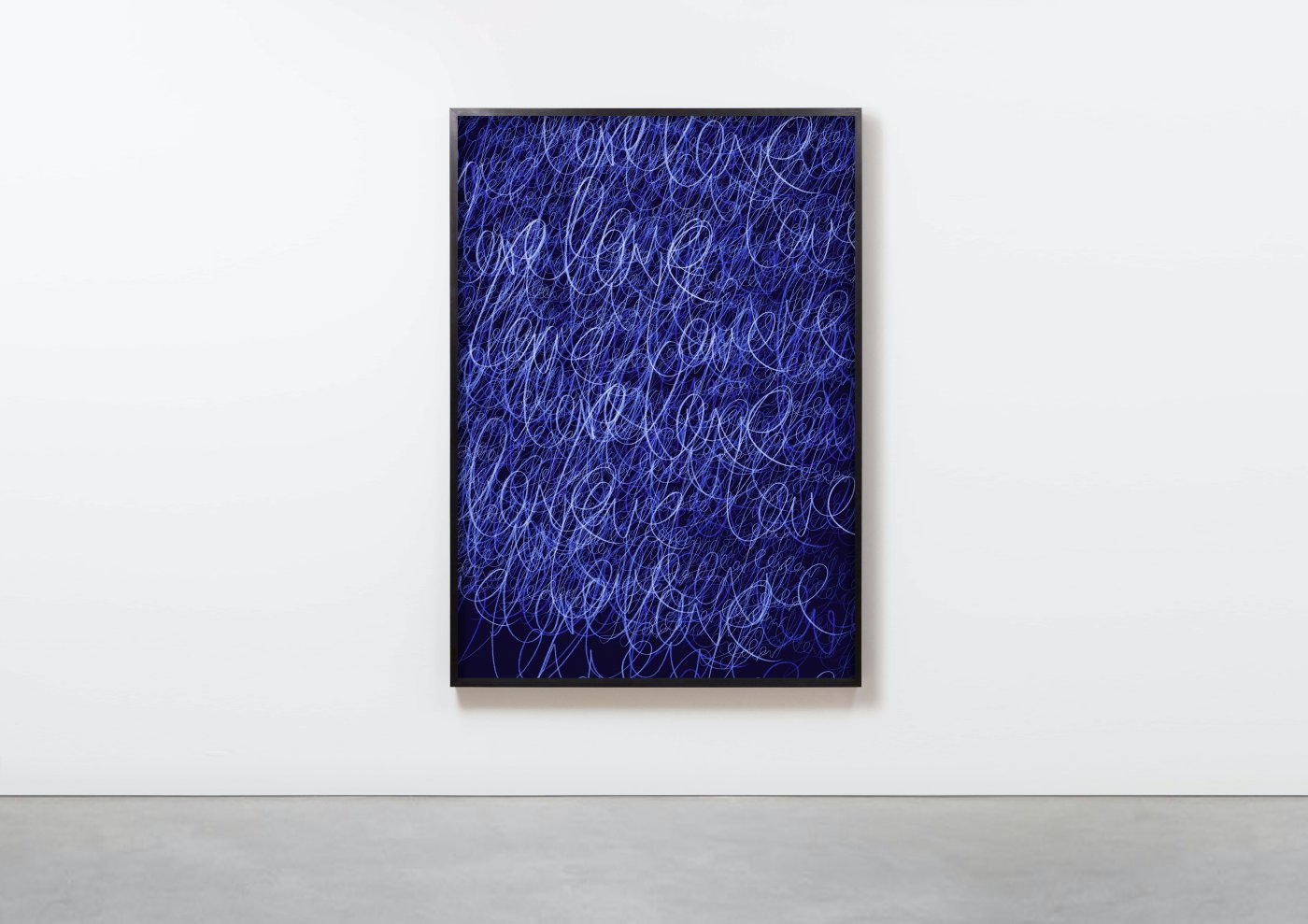 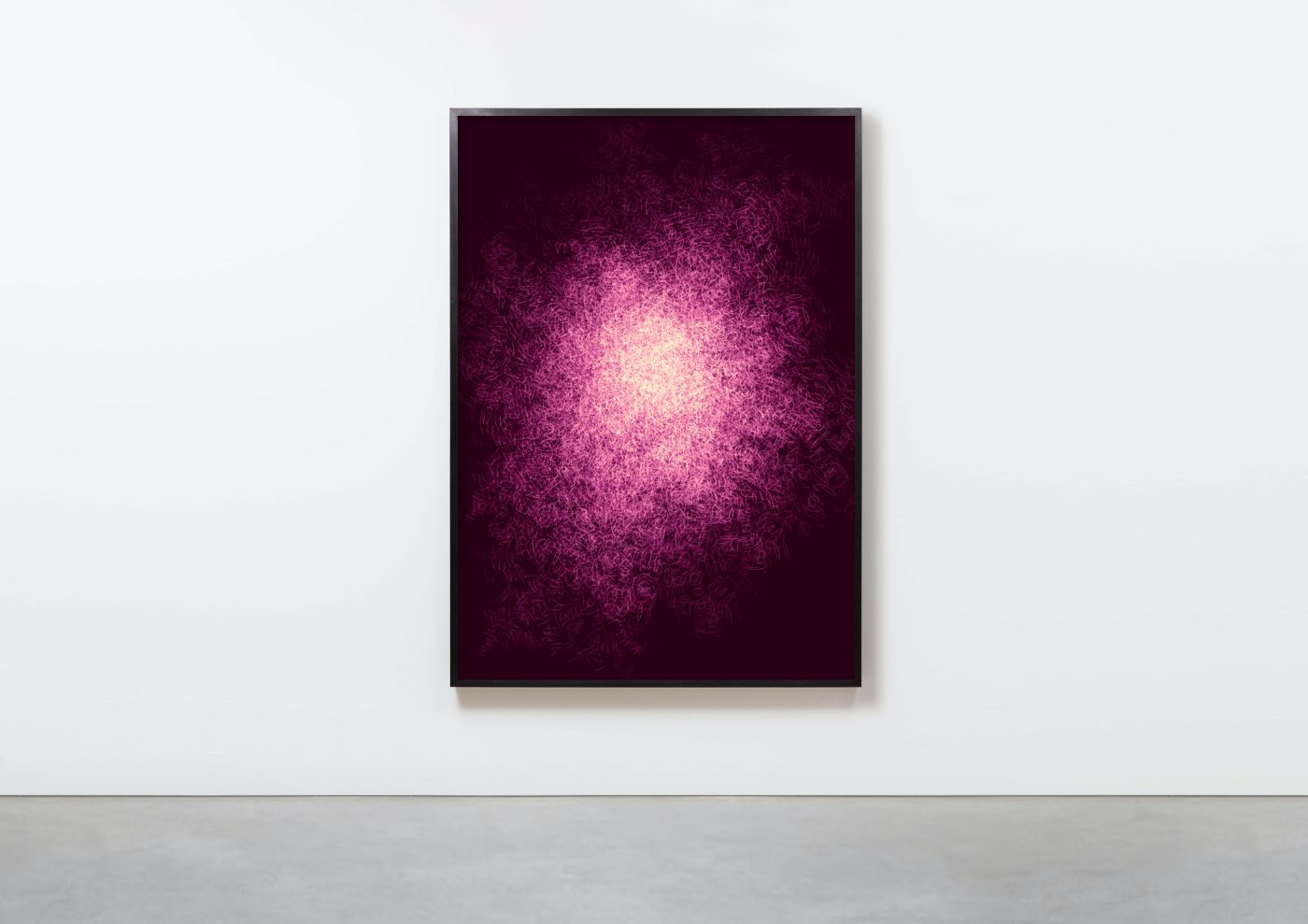 “Lies perpetuate the myth of ‘Them vs Us’. Only Love can heal this divide, a love of each other, an empathy, a willingness to listen, to understand. A realisation that there is no them and us, only us” 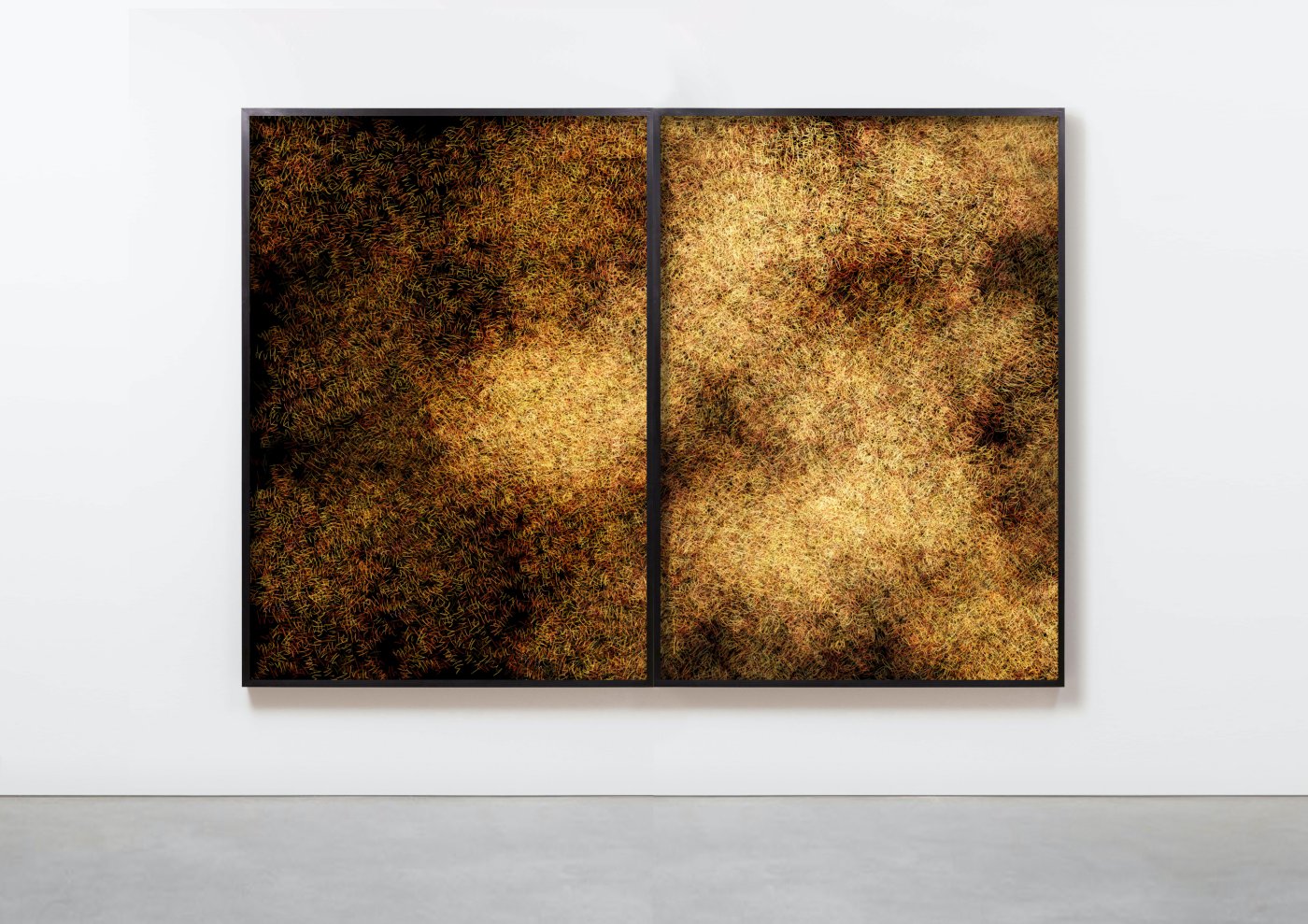 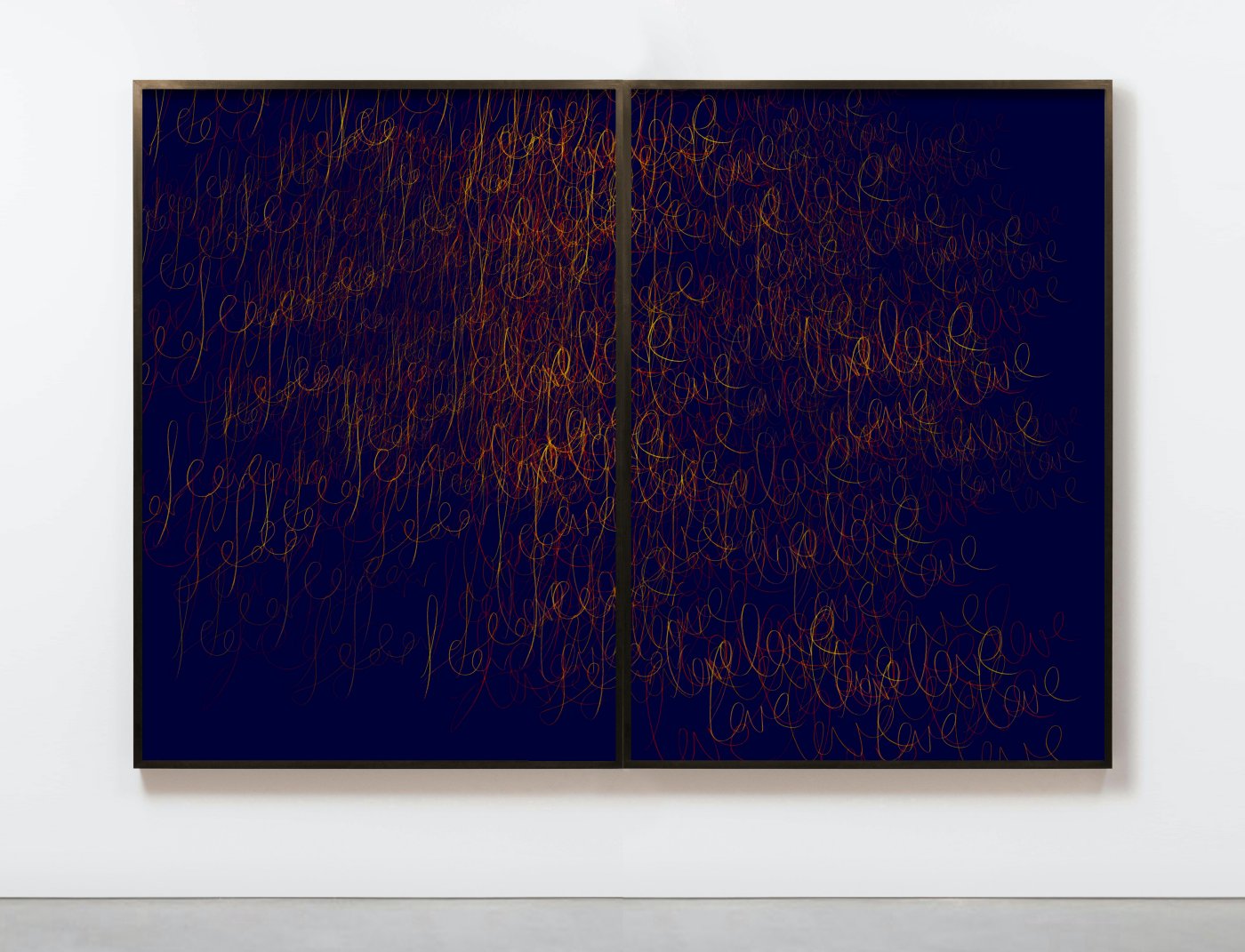 Graduating from the Royal College of Art in 2002, Barford has been represented by David Gill Gallery since 2005. He has exhibited internationally, with major solo shows across Europe and the USA, and a survey show at MOCA, Virginia, in 2013. His work has been acquired by public and private collections from the Victoria and Albert Museum, London, to the National Libraries of France and the Netherlands, and MoFA in Houston, Texas. Based in London, Barford has been an Associate Lecturer at Central Saint Martins since 2004.