Colnaghi, London presents a survey of painting by Spanish artists of the late nineteenth and twentieth centuries working in Paris this autumn. Barcelona – Paris, 1860-1936: A Journey to Modernity reflects the continued interest in this period, and builds upon two previous exhibitions showcasing work by Spanish Modernists at the gallery in 2020 and 2021. To realise this presentation, Colnaghi (est. 1760), will once again collaborate with two of Barcelona’s most important and historic galleries, Sala Parés (est. 1877) and Artur Ramon Art (est. 1911), combining more than five hundred years of collective expertise. 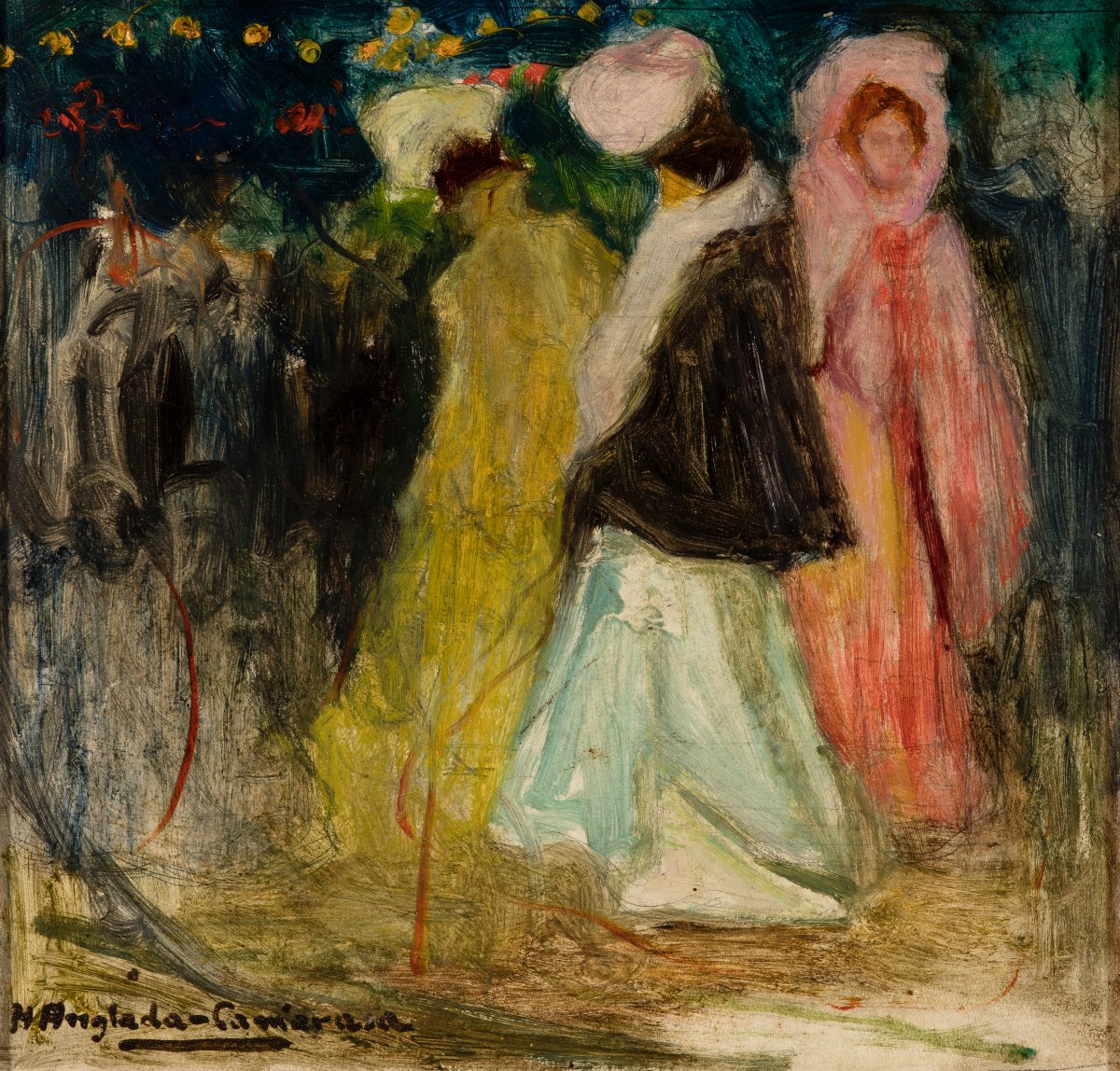 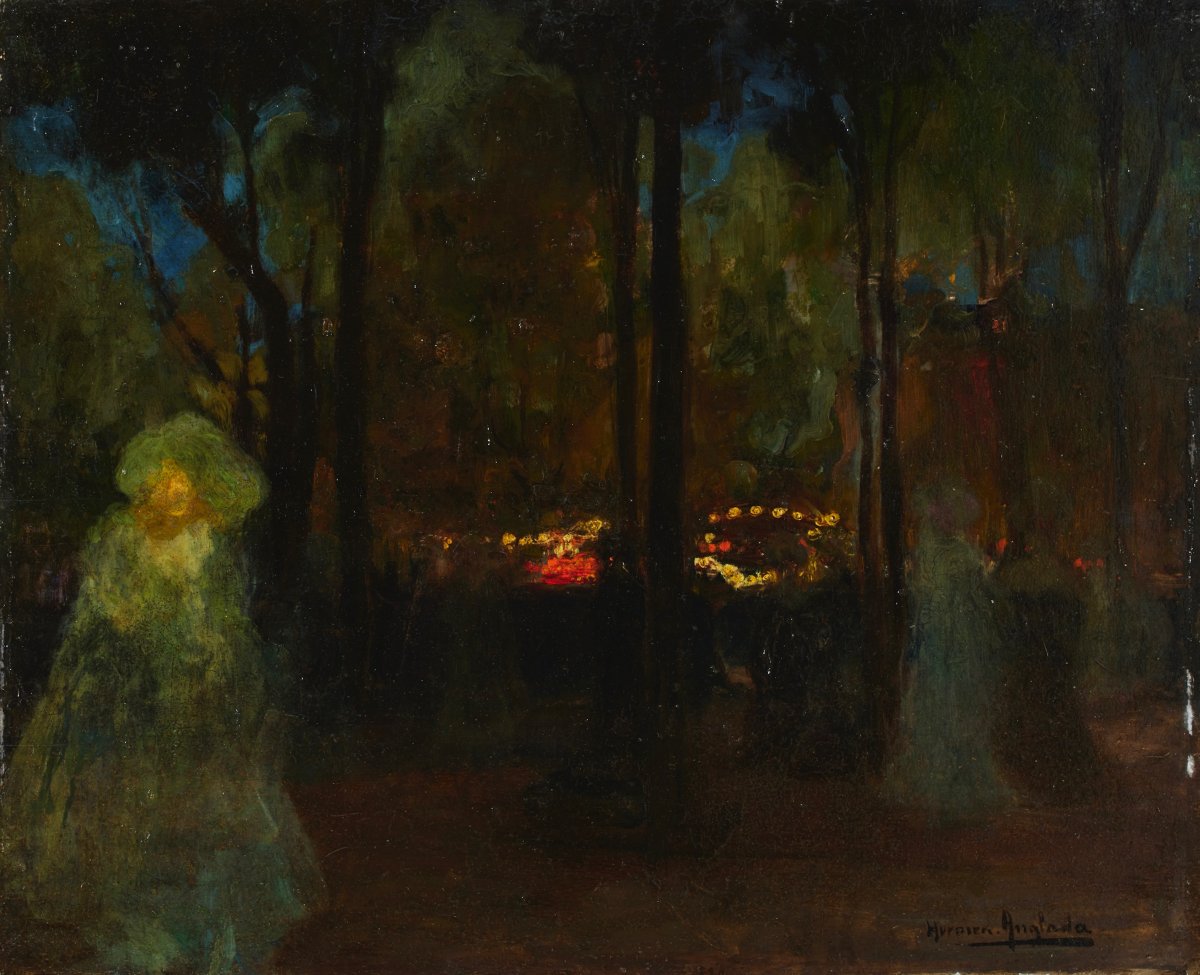 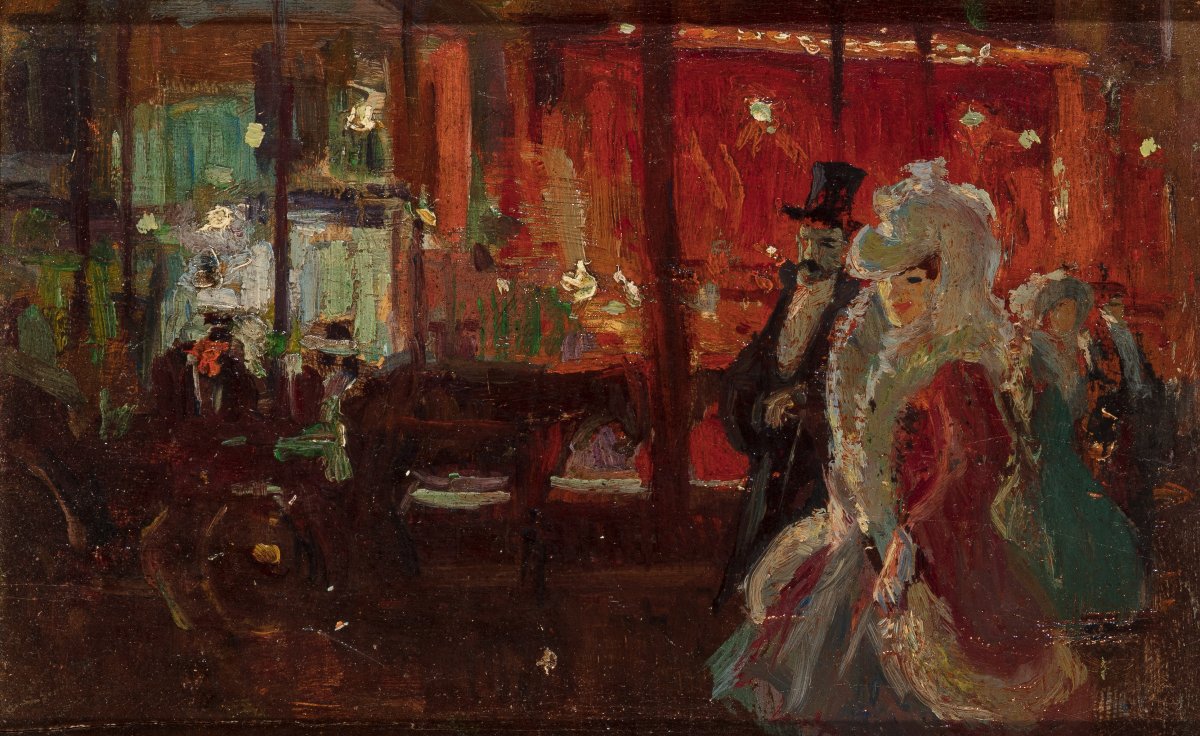 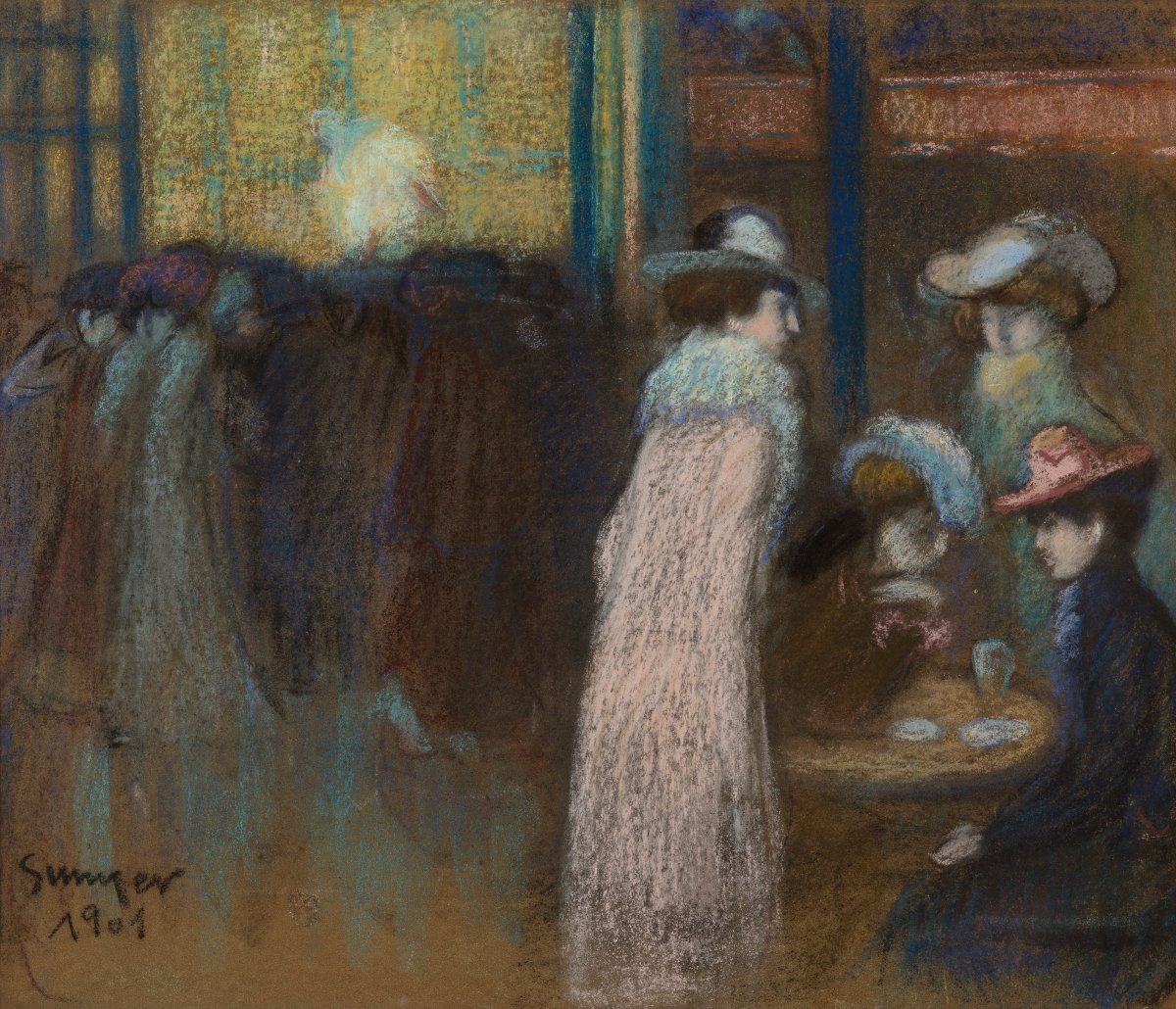 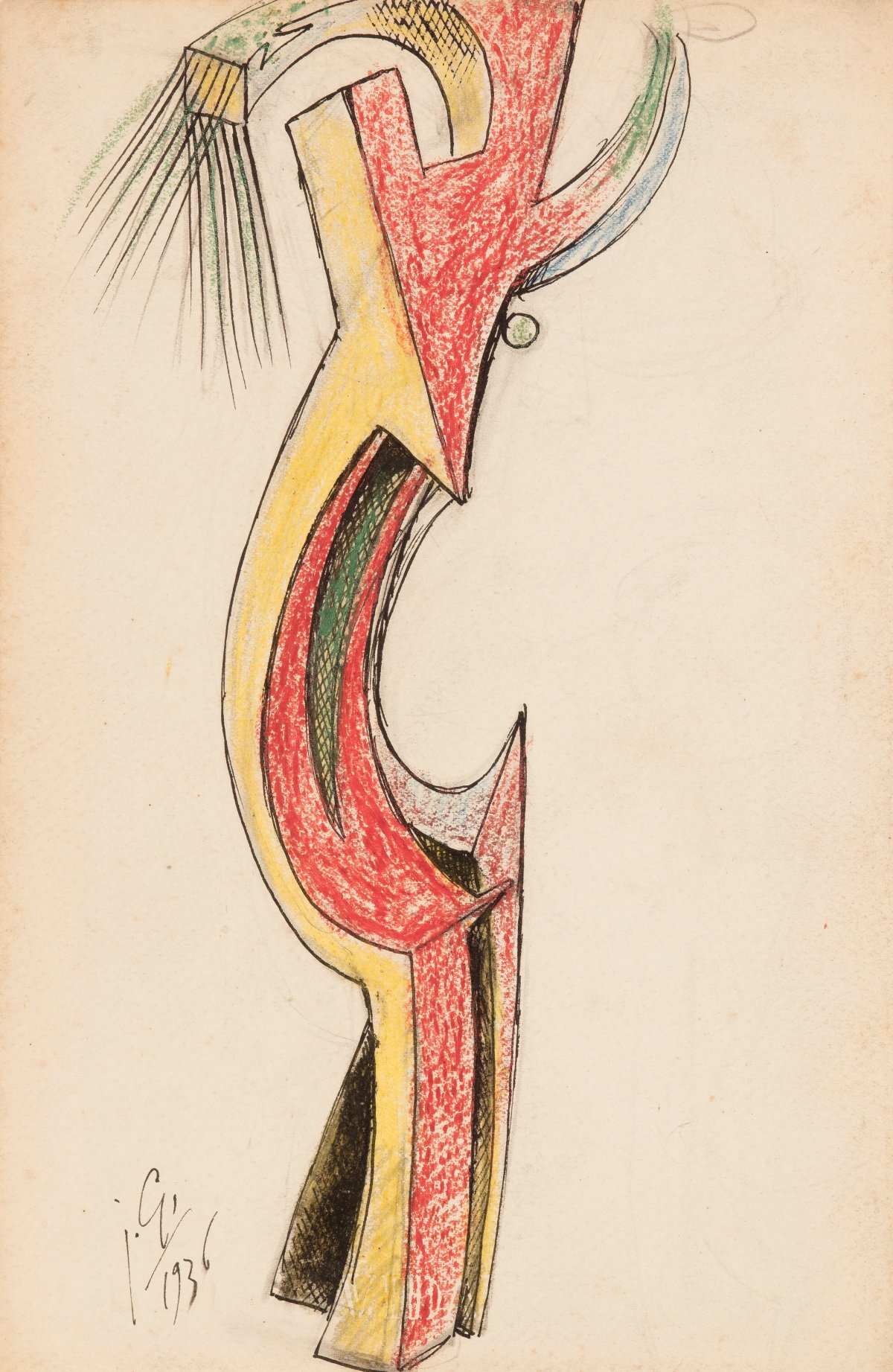 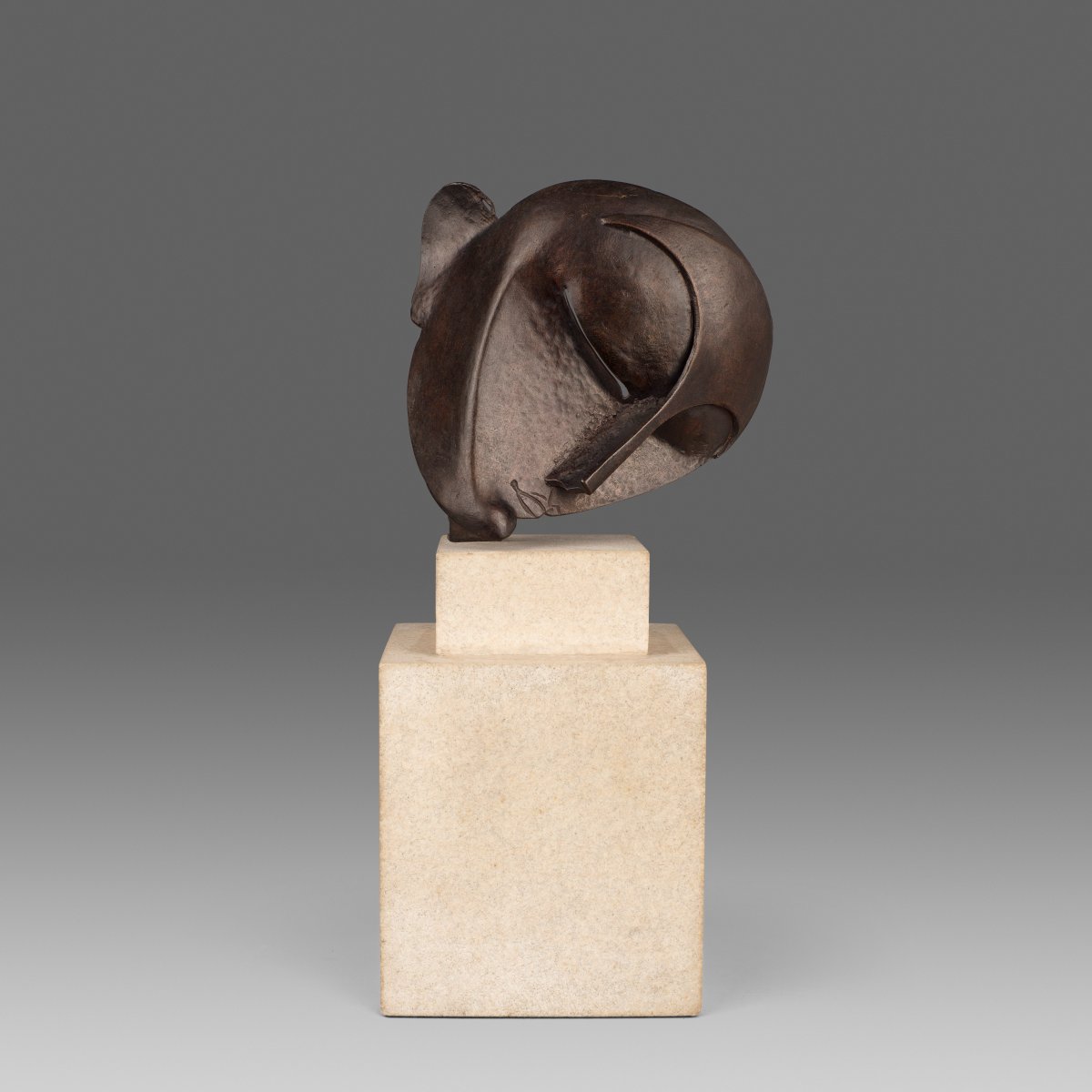 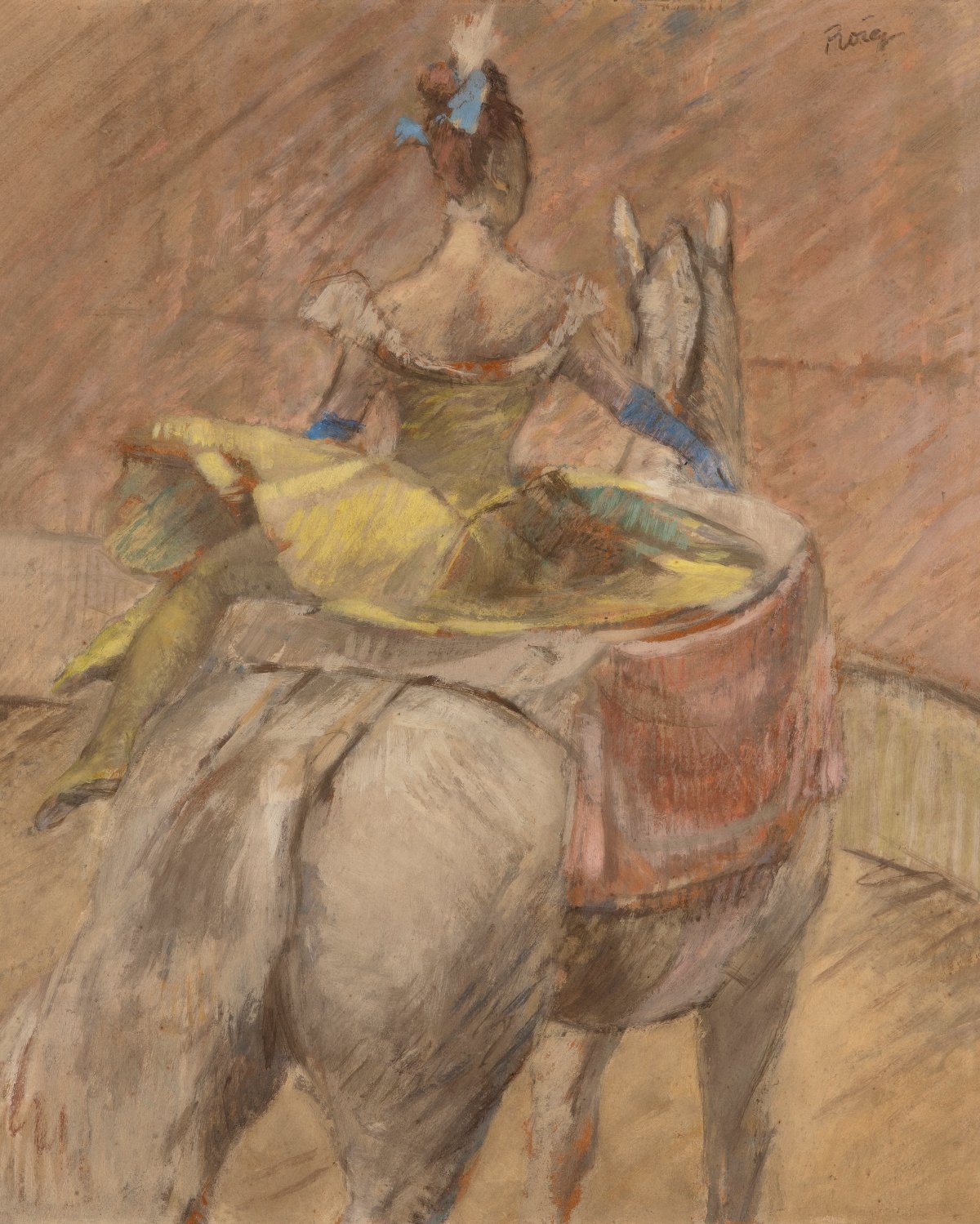 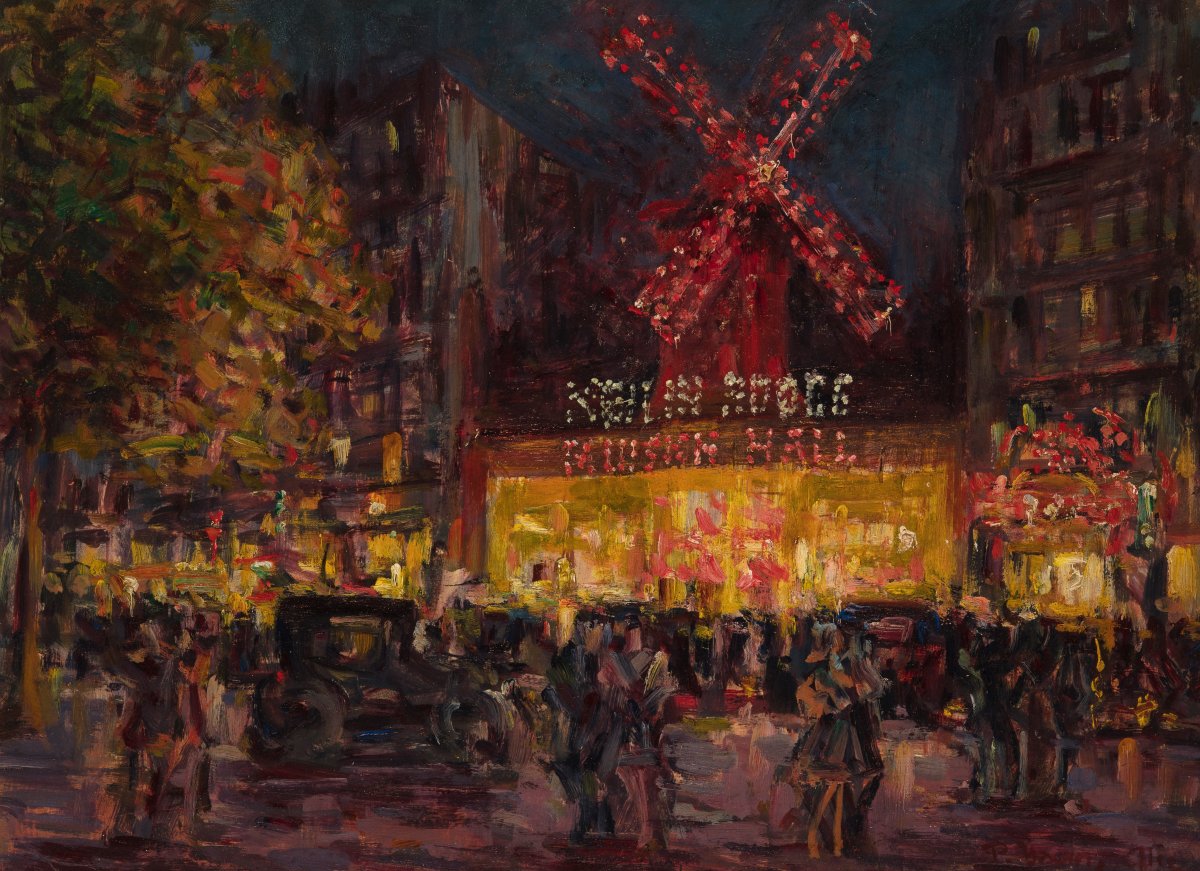 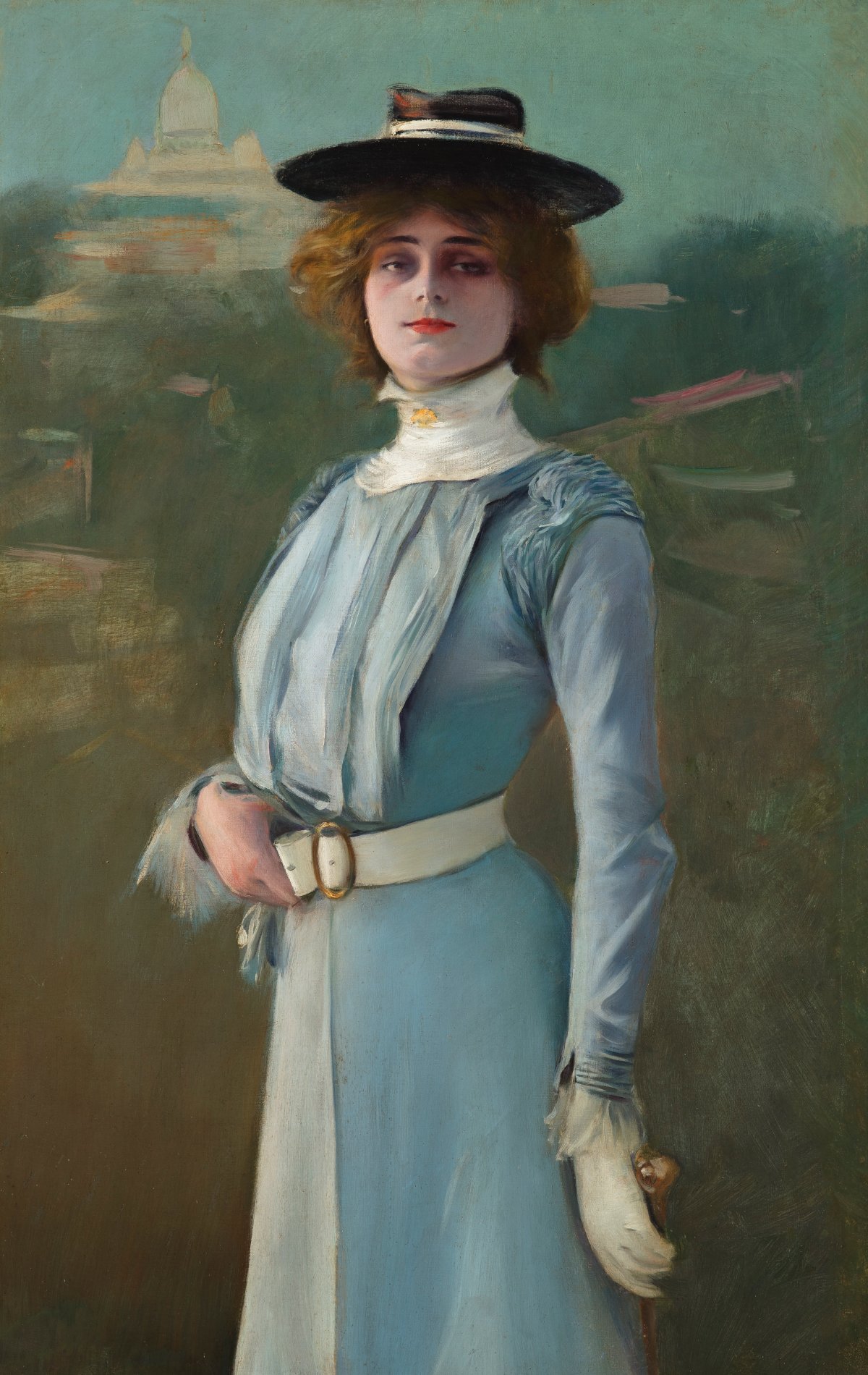 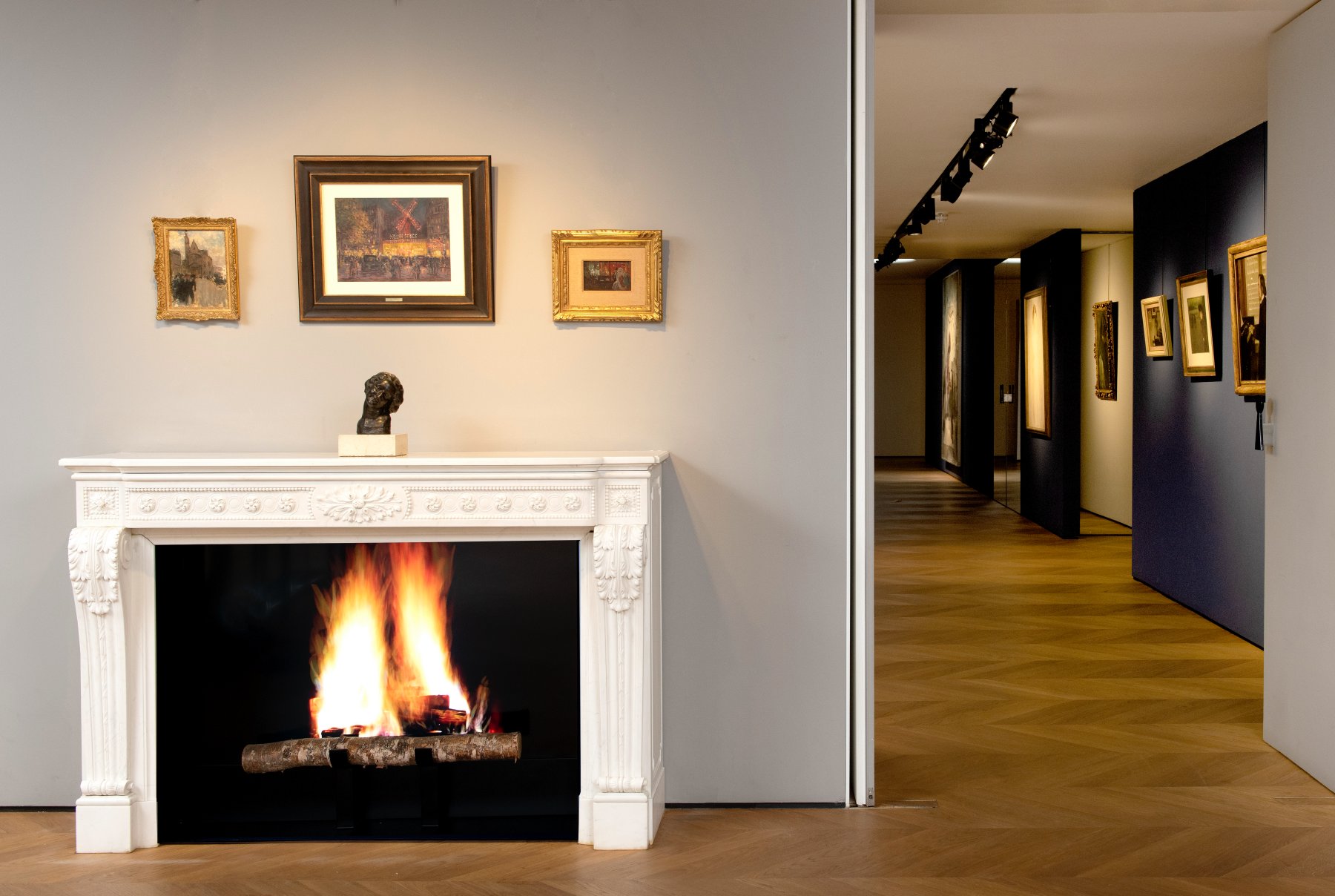 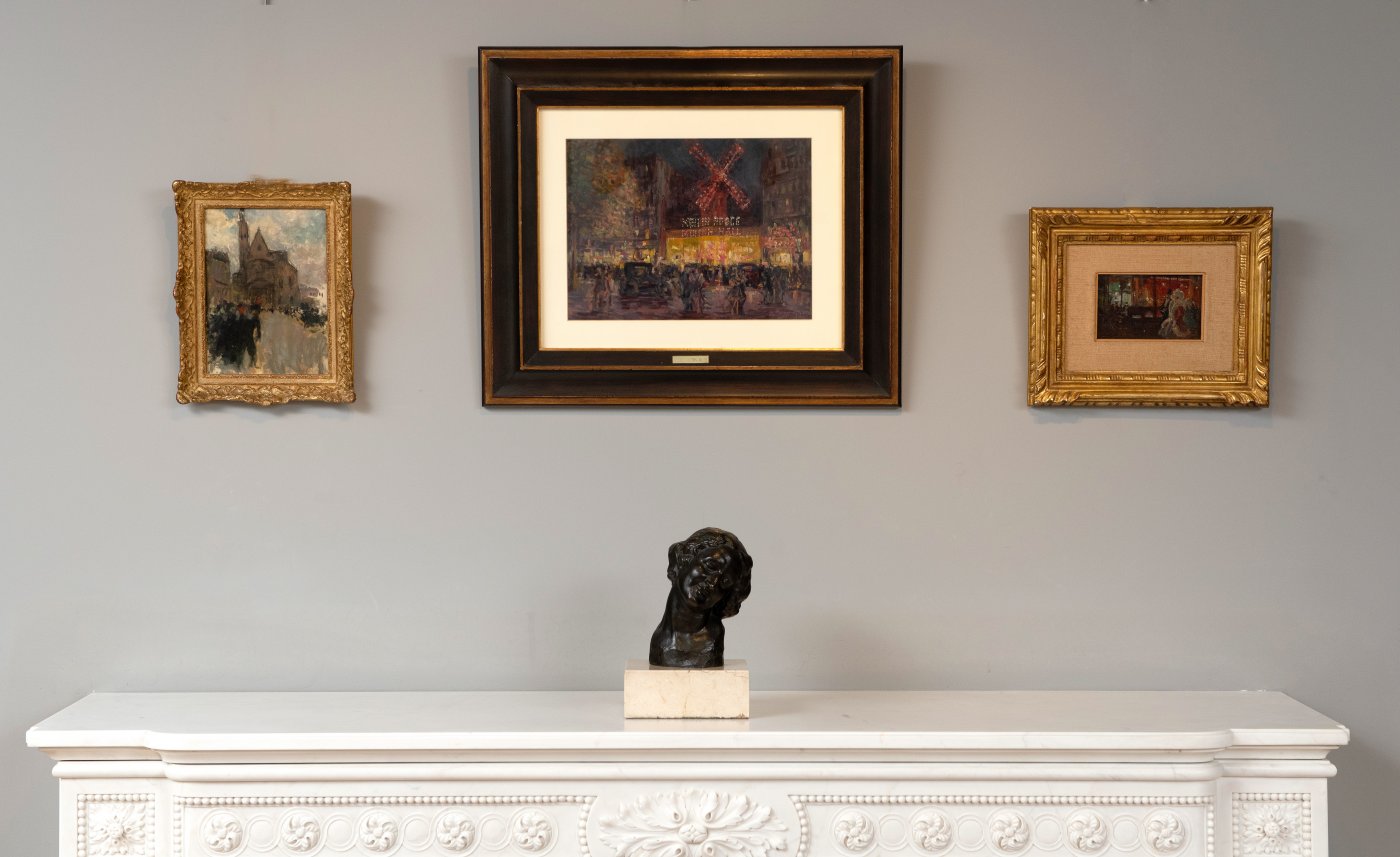 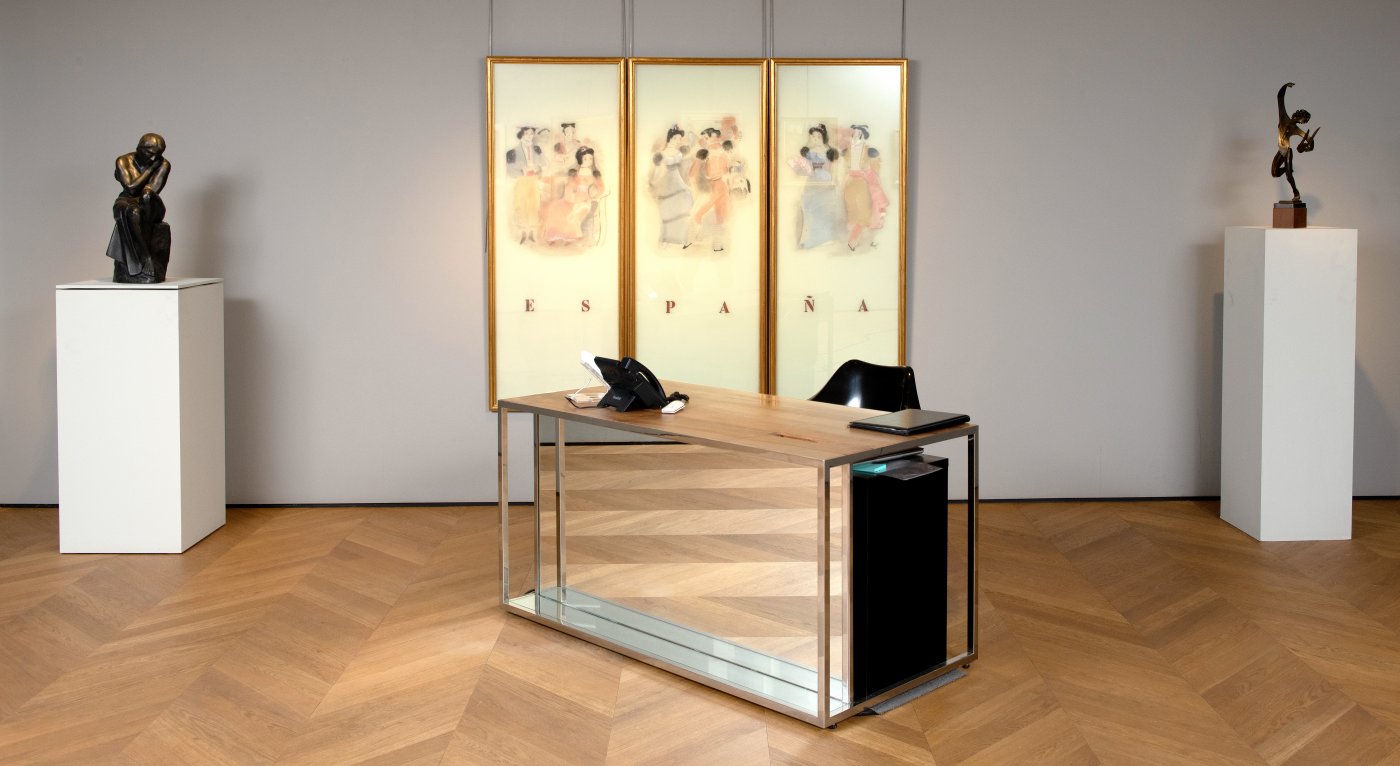 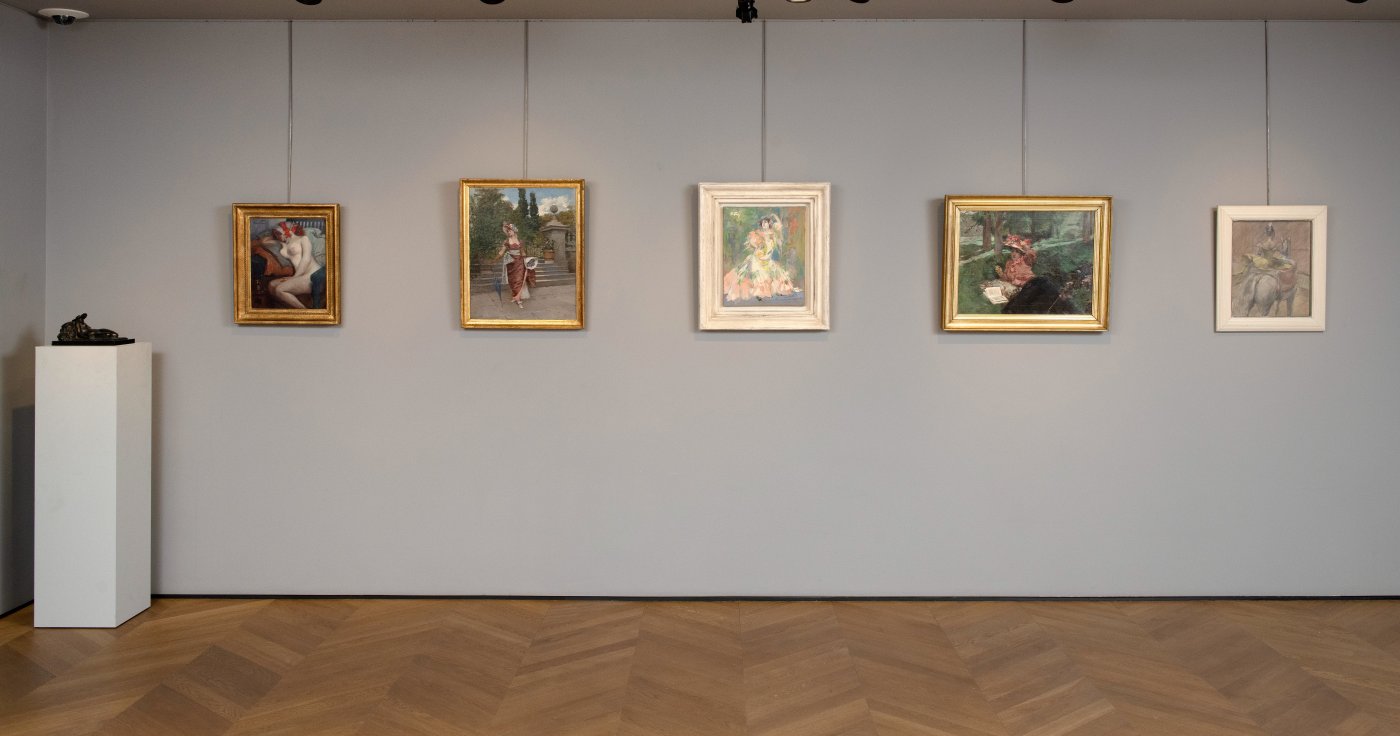 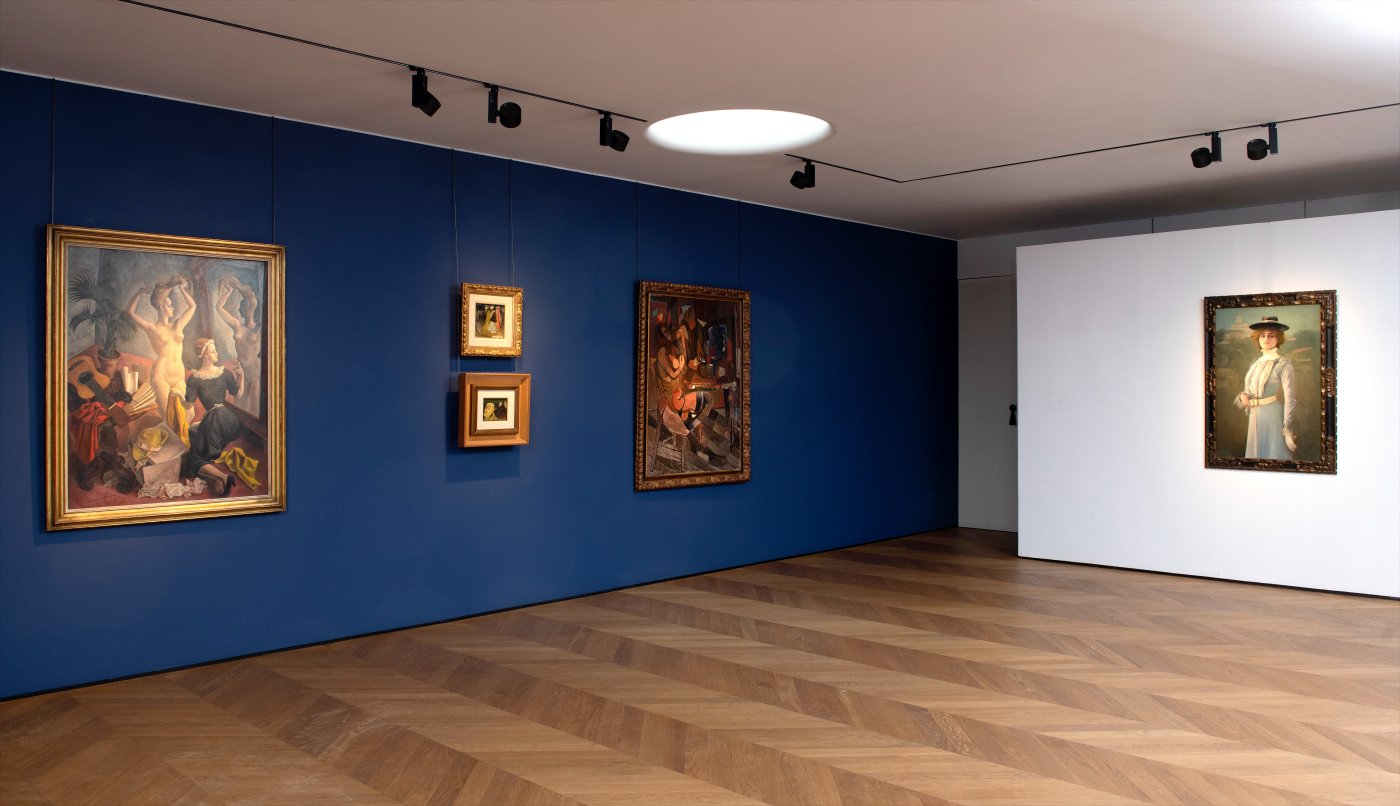 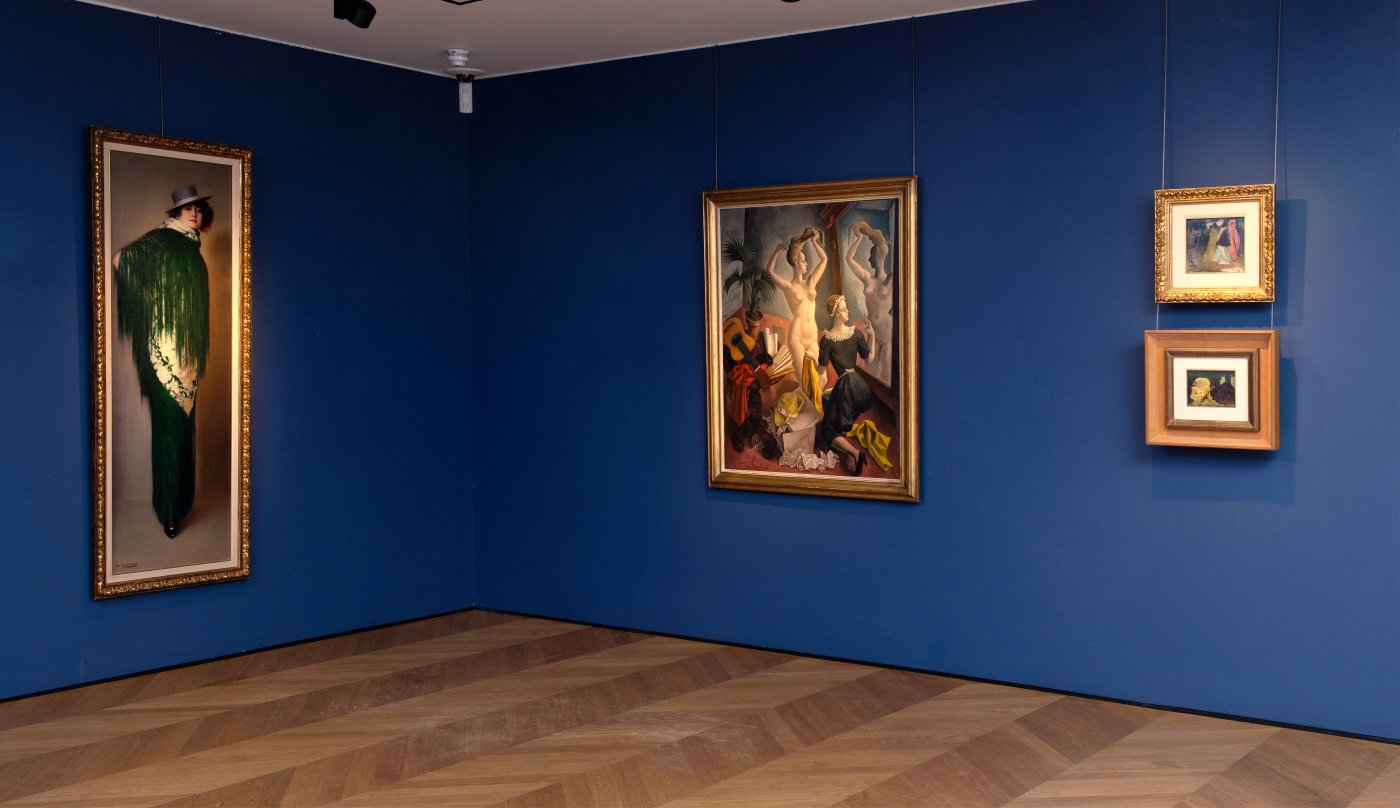 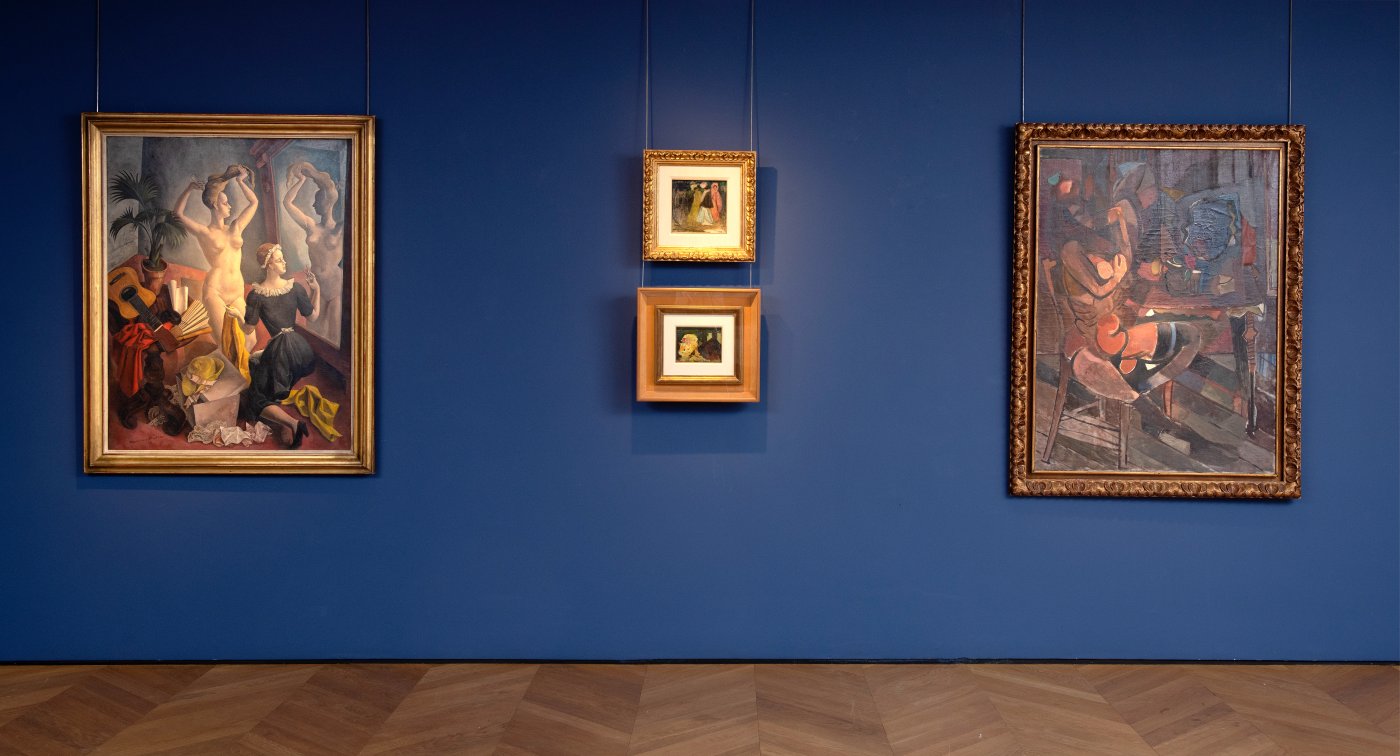 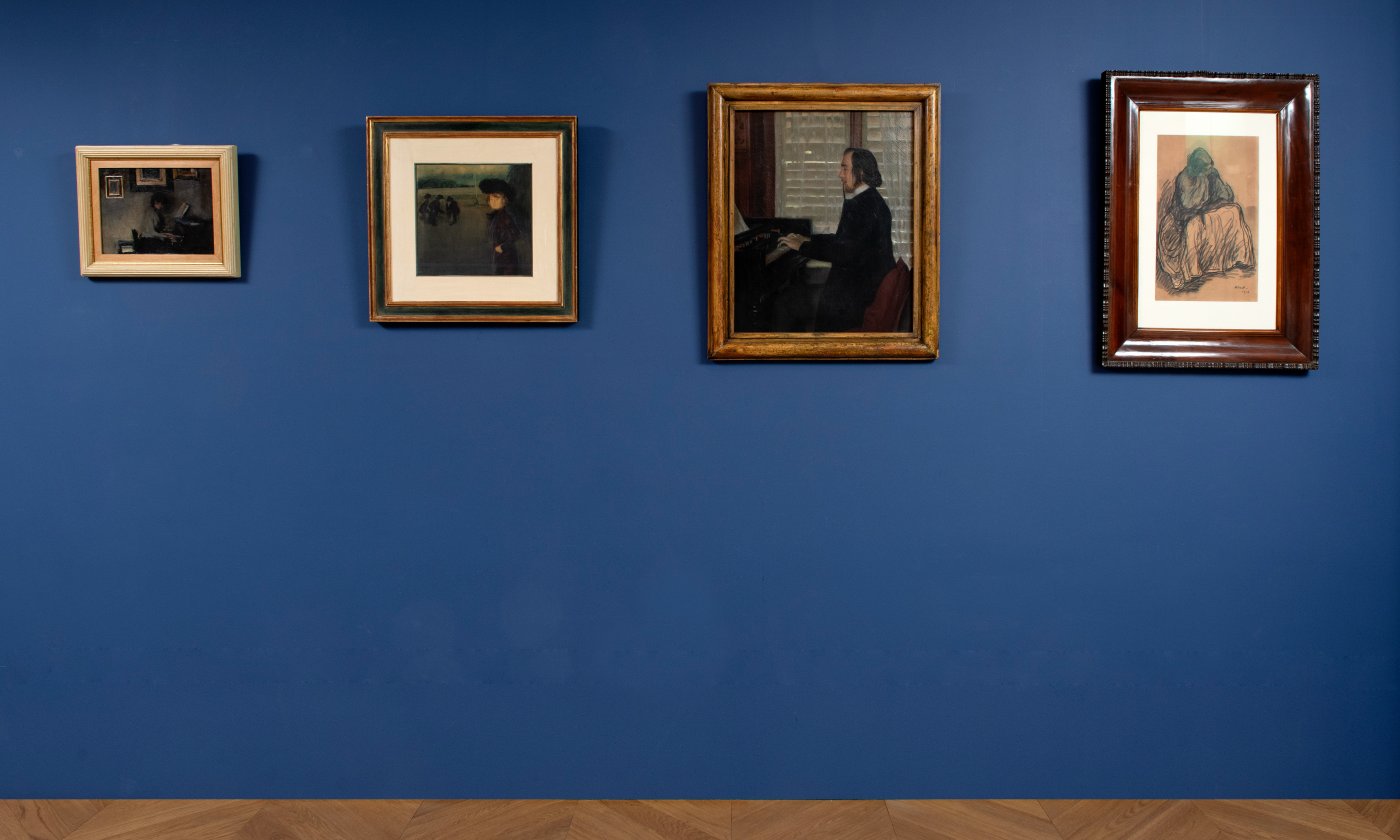 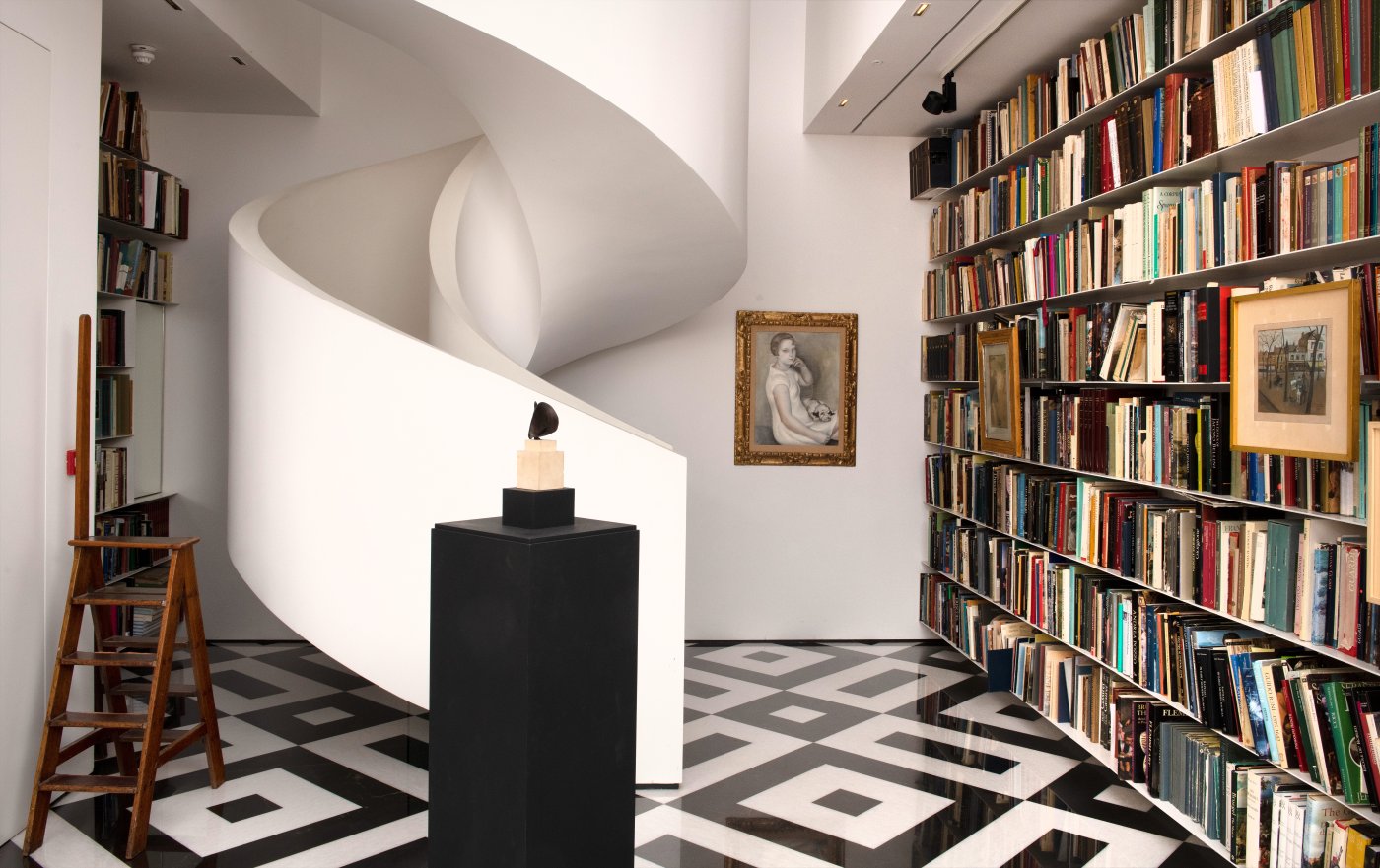 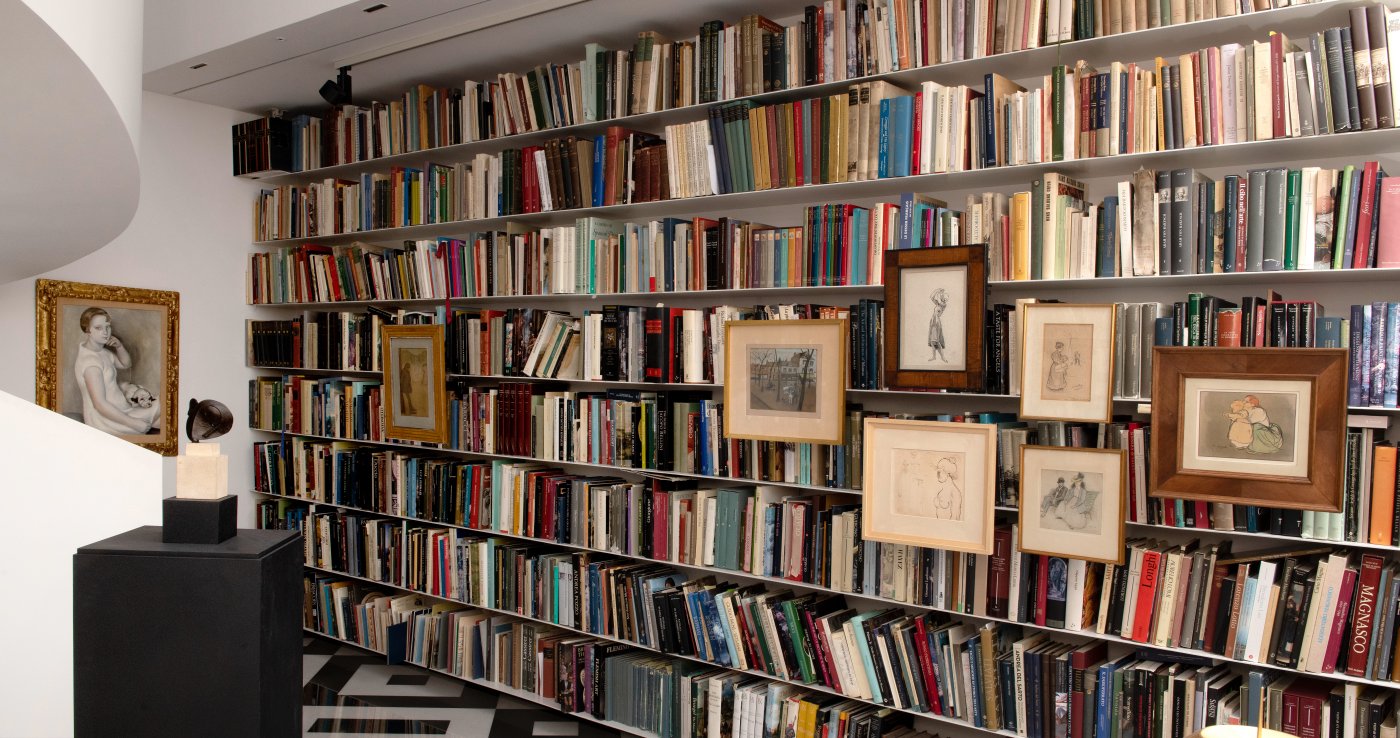 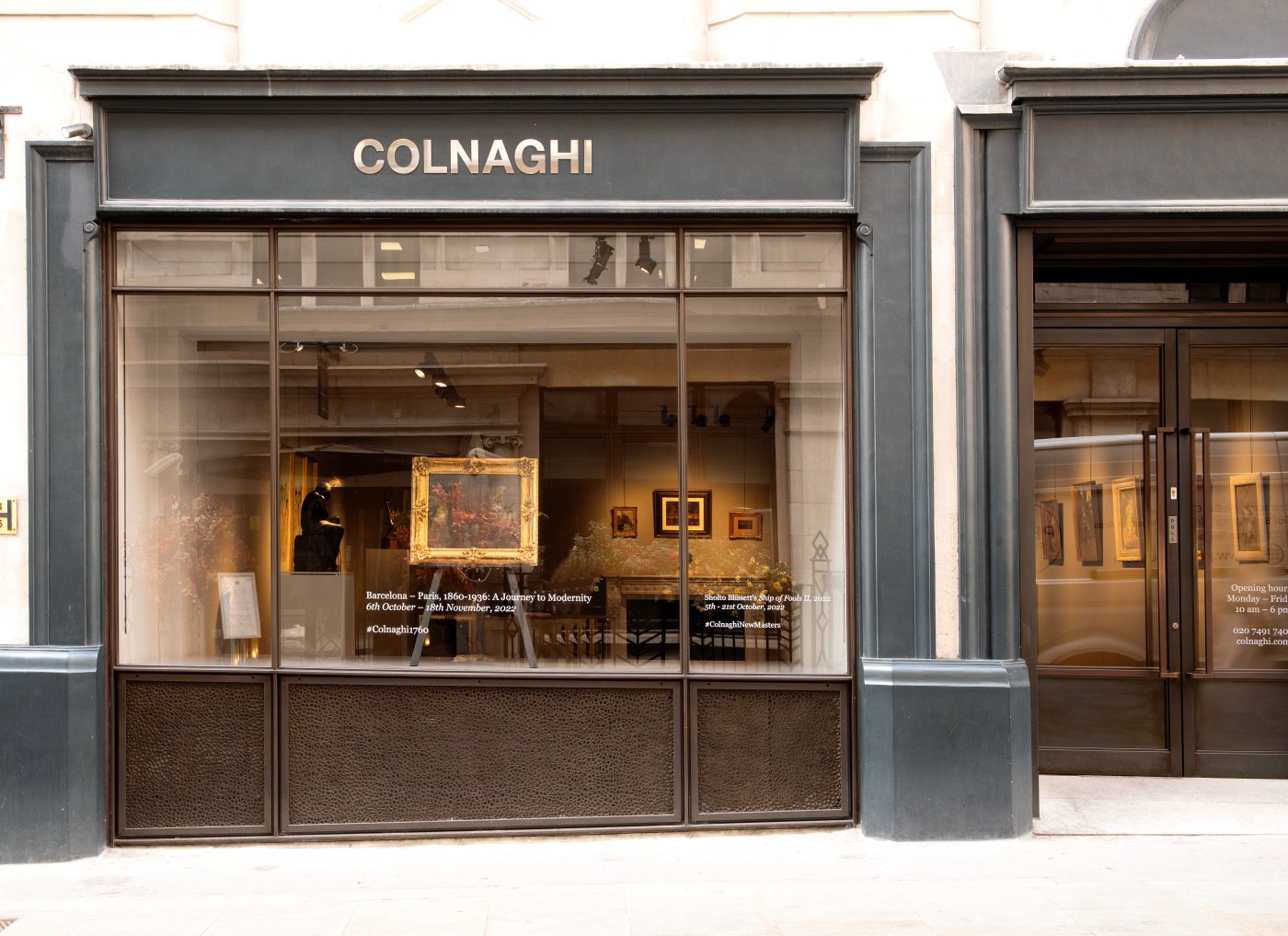 Barcelona – Paris, 1860-1936: A Journey to Modernity is comprised of over 50 works by 29 artists, who travelled from Barcelona to Paris, to live, work and draw inspiration from the avant-garde city of lights. This exhibition explores the impact of this crucial journey on their work, whilst re-evaluating their contribution to the canon of Modern Art. Most of the featured artists trained at the art academies of Barcelona, but, as with Picasso, were drawn to Paris, at the time the epicentre of the artworld. The variety of styles and techniques presented here attest to their absorption within the city and the influence of their peers and contemporaries. The aim of this ongoing collaboration between the three galleries is to continue to reignite interest in these underappreciated artists.

Says Colnaghi CEO, Jorge Coll: “In staging this third exhibition in collaboration with Sala Parés and Artur Ramon, we are seeking to reconstruct the local Spanish art scene at the turn of the 20th century in Paris. Many of these artists are relatively unknown to the rest of the world, and we hope that this exhibition will help bring them to wider public recognition and restore the prestige of arguably one of the best schools of painting in Europe.”

A powerful portrait by Ramon Casas (Barcelona, 1866 – 1932), La Parisienne (Mademoiselle “Clo-Clo”, Clotilde Pignel), 1900, is a highlight of the exhibition. From the turn of the century, Casas moved away from Spanish-style portraits of women in typical chulapa dress, instead capturing the sensuality of modern women set in urban Parisian environments and intimate interiors, which he used to experiment with lighting effects.

Sensual and expressive, this almost full-length portrait of an elegant woman allows Casas to skilfully capture the variations of the same sky-blue colour. The model is Clotilde Pignel, known as Clo-Clo, the daughter of a Parisian businessman who owned the Pignel Dupont shop in Montmartre, which sold materials for artists. Here, Casas cuts out Clo-Clo’s slender figure against the Parisian landscape, with the hill of Montmartre and the Sacré-Cœur in the background. It is similar to the artist’s famous portrait of Picasso which he painted the same year, set against a bluish sky that perfectly matches the tones of the dress. This work is one of the masterpieces from Casas’s mature, third Parisian period.

Marià Andreu (Barcelona, 1888 – Biarritz, 1976) complemented his self-taught training with sporadic sessions at the school of the Catalan artist Francesc A. Galí. In 1920, Andreu settled permanently in Paris, where he developed an artistic career of international acclaim. During this period, he alternated between painting and drawing, whilst also working as a theatre set and costume designer. Executed at the peak of his success, Le Travesti et le miroir, was exhibited at the 1928 Salon. The work illustrates Andreu’s main thematic interests – the theatre, music and show business. He exploits the connection between Mediterranean classicism and Cubism, evident in the geometrical elements and somewhat disturbing perspective of this angular composition. The artist depicts the interior of a dressing room, with the main figure standing at its centre, like an imposing classical sculpture. The figure, described in the title as the travesti (a character in an opera, play, or ballet played by a performer of the opposite sex); her flesh, for which Andreu uses pastel and matte tones, shapes and draws the silhouette and volume of the naked body reflected in the mirror. Around this figure, Andreu groups a series of elements that swirl in a circular arrangement, emphasising the importance of the naked figure. The execution of this work, with its brushstrokes and carefully rendered elements, connect it with the aesthetics of the German New Objectivity.

Hermenegildo Anglada-Camarasa (Barcelona 1871 – 1959 Pollença) Nocture, 1900. Anglada Camarasa was the youngest painter of the second generation of Modernistes and the one to make a name for himself internationally. After training in Barcelona, he moved to Paris in 1894 where he attended the Académie Julian. During this period, he painted numerous pictures of Parisian night-life, concentrating on exploring light effects. The artist’s Parisian Nocturnes of 1899 and 1902 are the most highly valued works of his entire career. The present painting is one of a series of nocturnes he painted in Parisian gardens around 1900. The panel, likely executed directly on the Champs Élysées, depicts contrasts of light as its protagonists, which define the ground and depth of the composition. The mystery of this night scene, with its faint light, is emphasised by the presence of figures who, like phosphorescent phantasmagoria, seem to levitate through space and become the central theme of the work. This series enabled Anglada-Camarasa to achieve a personal style fully in keeping with pictorial modernity, which drew on Post-Impressionist trends in vogue in fin-de-siècle Paris.

The son of a manufacturer, Isidre Nonell (1872 – 1911, Barcelona) managed to free himself from the obligations of the family business to devote himself to painting. In 1893 he entered the Escola d’Arts i Oficis de Barcelona (Barcelona Arts and Crafts School), where he coincided with Ramon Canals, Ramon Pichot, Joaquim Mir, and Xavier Nogués. These artists organised frequent trips to the countryside together on the outskirts of Barcelona, in search of uncontaminated landscapes to paint from life. Between 1897 and 1900, Nonell worked in Paris, becoming acquainted with modern painting and finding inspiration in the works of Puvis de Chavannes, Whistler, and the Impressionists. Nonell was interested in depicting ordinary people, the most humble, disadvantaged, or marginalised members of society. When he returned to Barcelona at the beginning of the 20th century, his interest turned to portraits of gypsy women, the series of paintings which made him most famous, characterised by earthy tones and his small brushstrokes, of which Bust Portrait of a Gypsy Woman, 1907, is a fine example.

Says Artur Ramon, CEO of Artur Ramon Art: “With this third joint exhibition, we want to highlight and reclaim the international legacy of the Catalan artists that went to Paris and influenced the next generation of creators. Barcelona – Paris (1860-1936) is a unique opportunity to see an impressive collection of works that explore the impact that the French capital had on the evolution of Catalan art during a historic period full of profound changes. The new exhibition allows us to showcase in Brussels and London the very best works of many artists that still today haven’t been recognised globally as they should”.

Says Sala Parés CEO, Joan Anton Maragall: “This is the most important exhibition ever held in a gallery outside Spain about artists from Barcelona who, between 1860 and 1936, lived in and were nourished by La Ville Lumiere. It is made up of a group of artworks, almost all of which were painted in Paris, which demonstrate a great affinity between renowned Spanish and other French painters, which can now be seen in the main Parisian museums. We have focused our attention on important artists in Spain, whose work offers a breakthrough for many private collectors and institutions beyond our borders, and we have omitted fully established signatures in international markets such as Picasso, Miró or Dalí.

Our wish is that art lovers can enjoy the work of these artists who are becoming increasingly renowned and present in an international context beyond Spain.”