Cristea Roberts Gallery presents a major exhibition of new work by Barbara Walker MBE (b. 1964), which confronts and readdresses the under-representation of Black figures in Western art history. 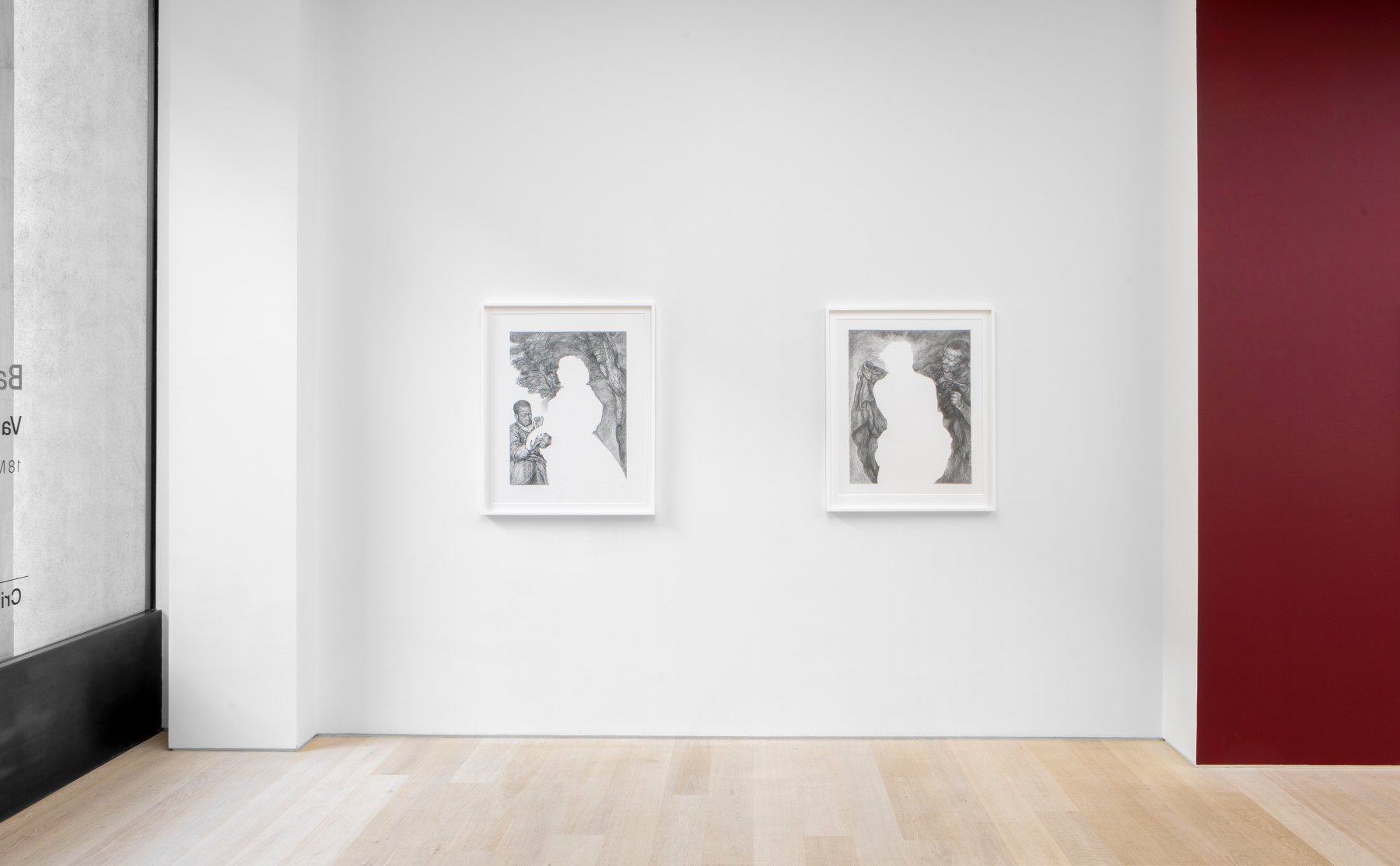 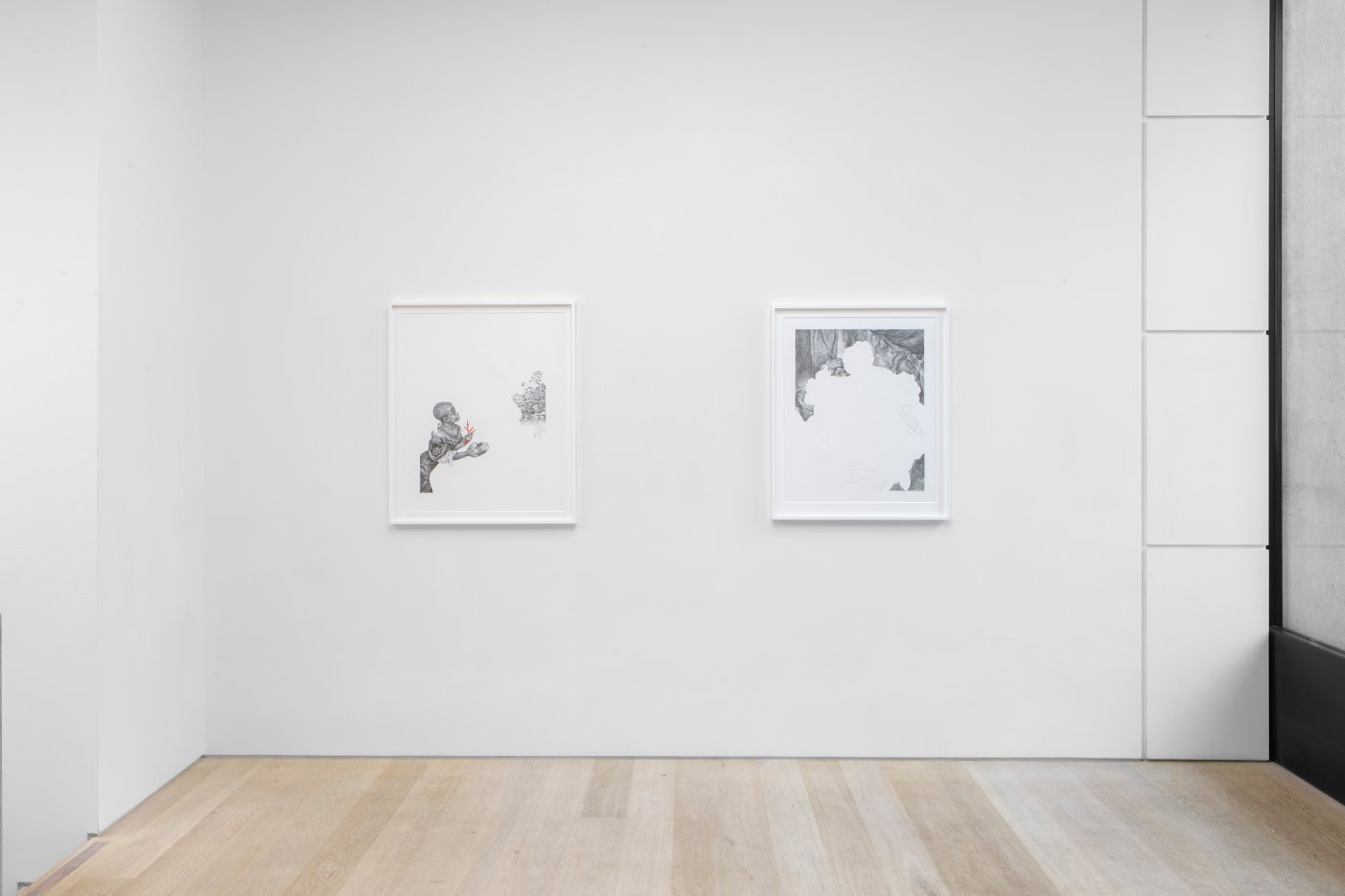 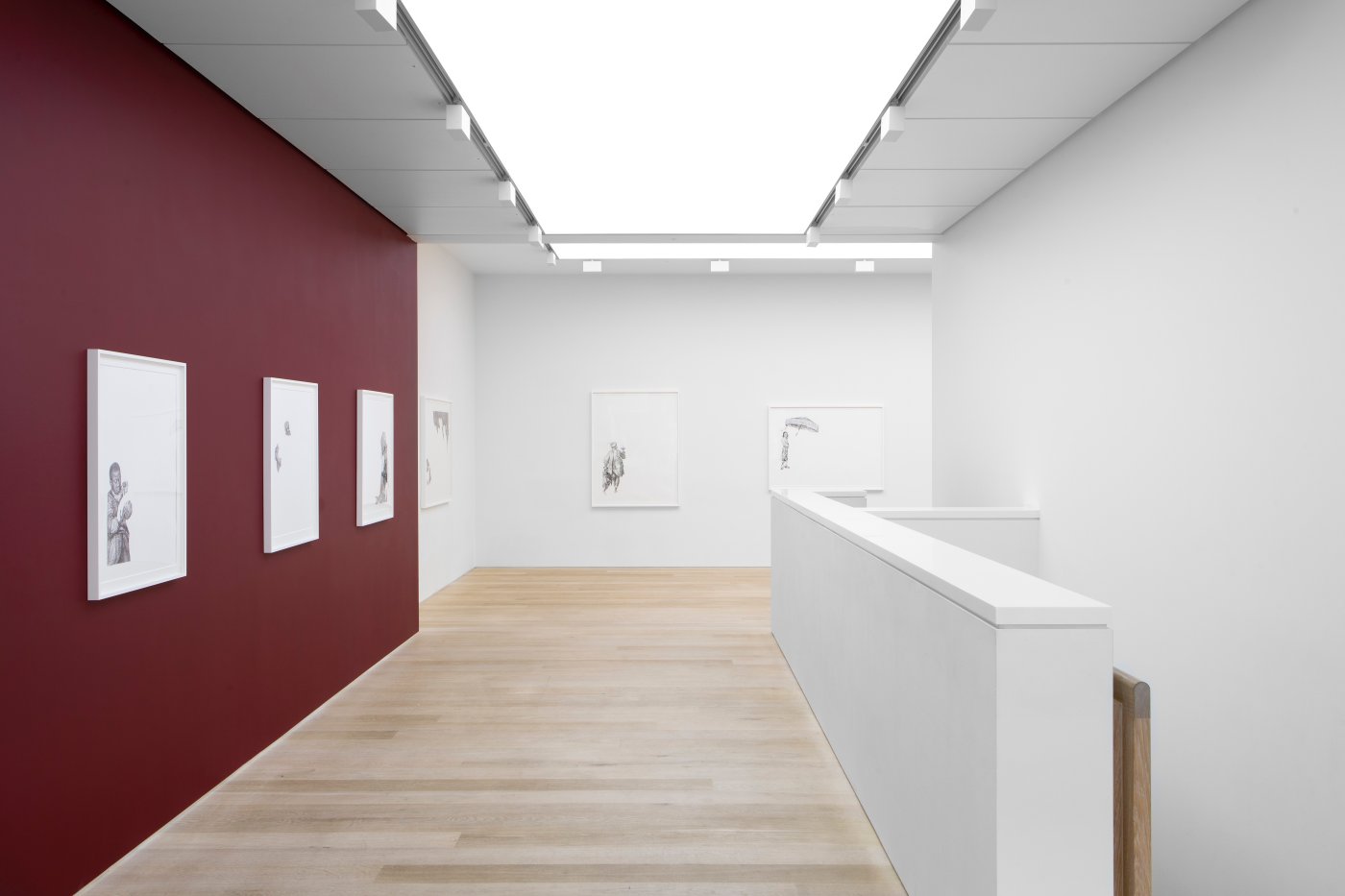 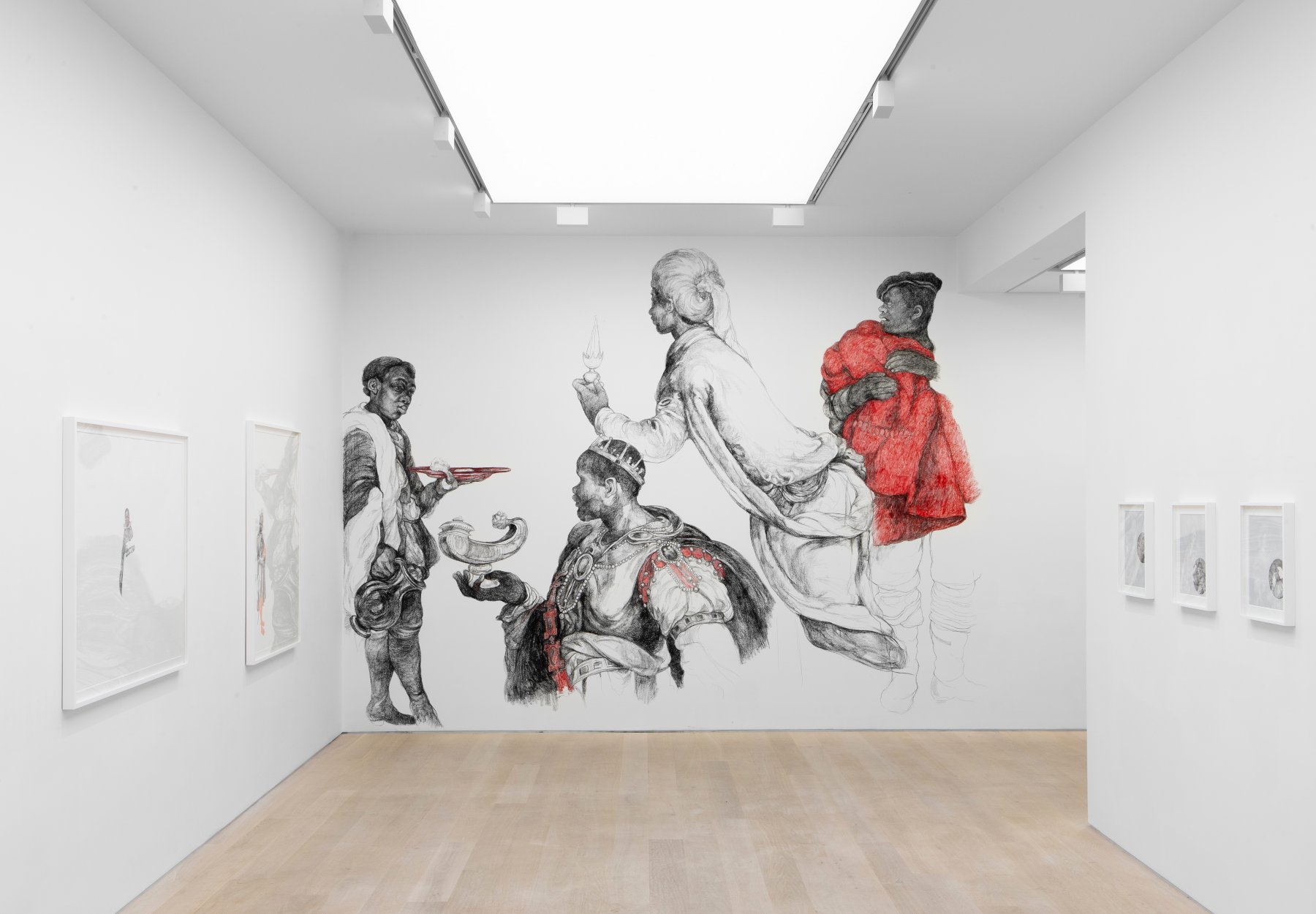 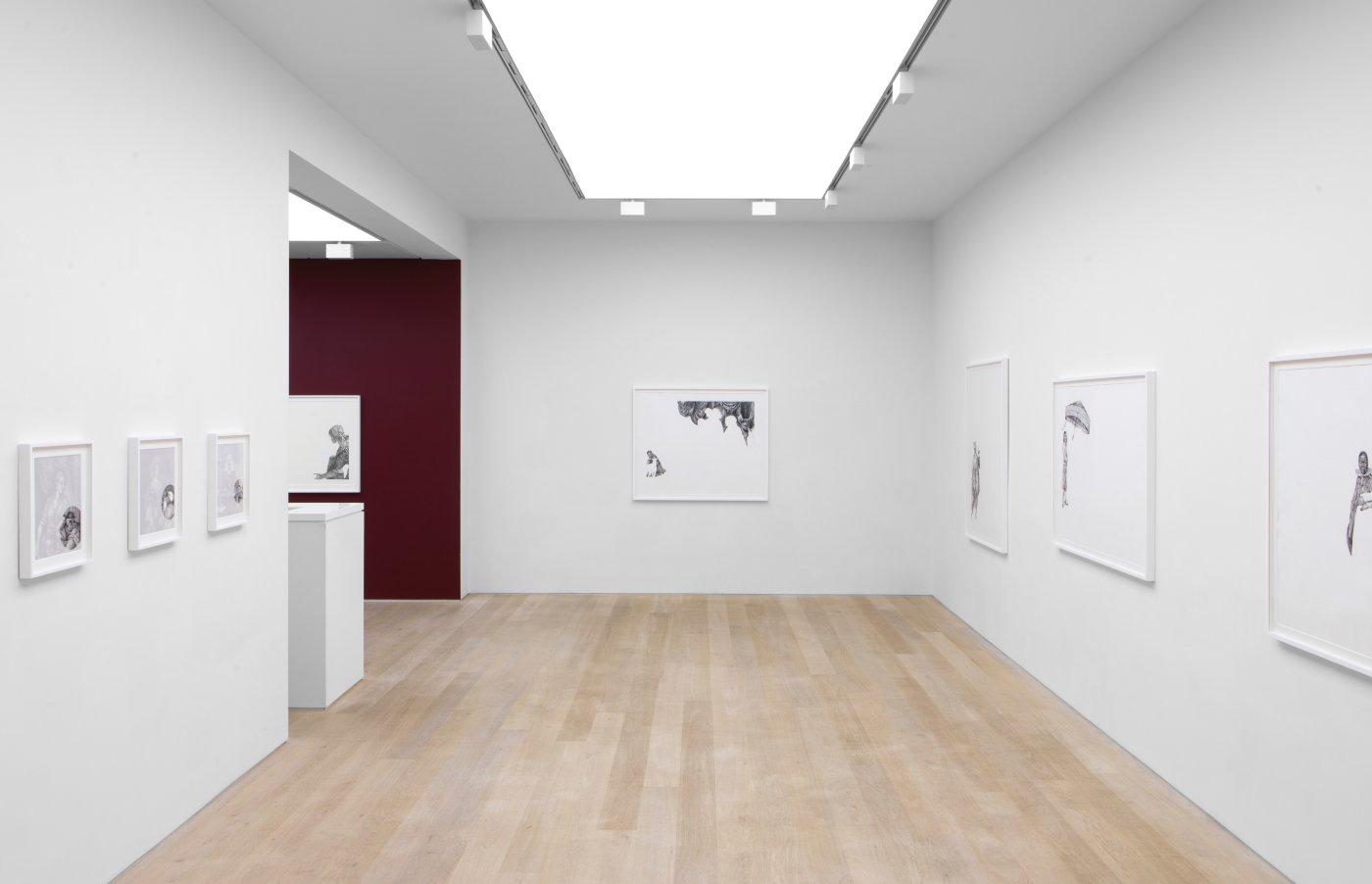 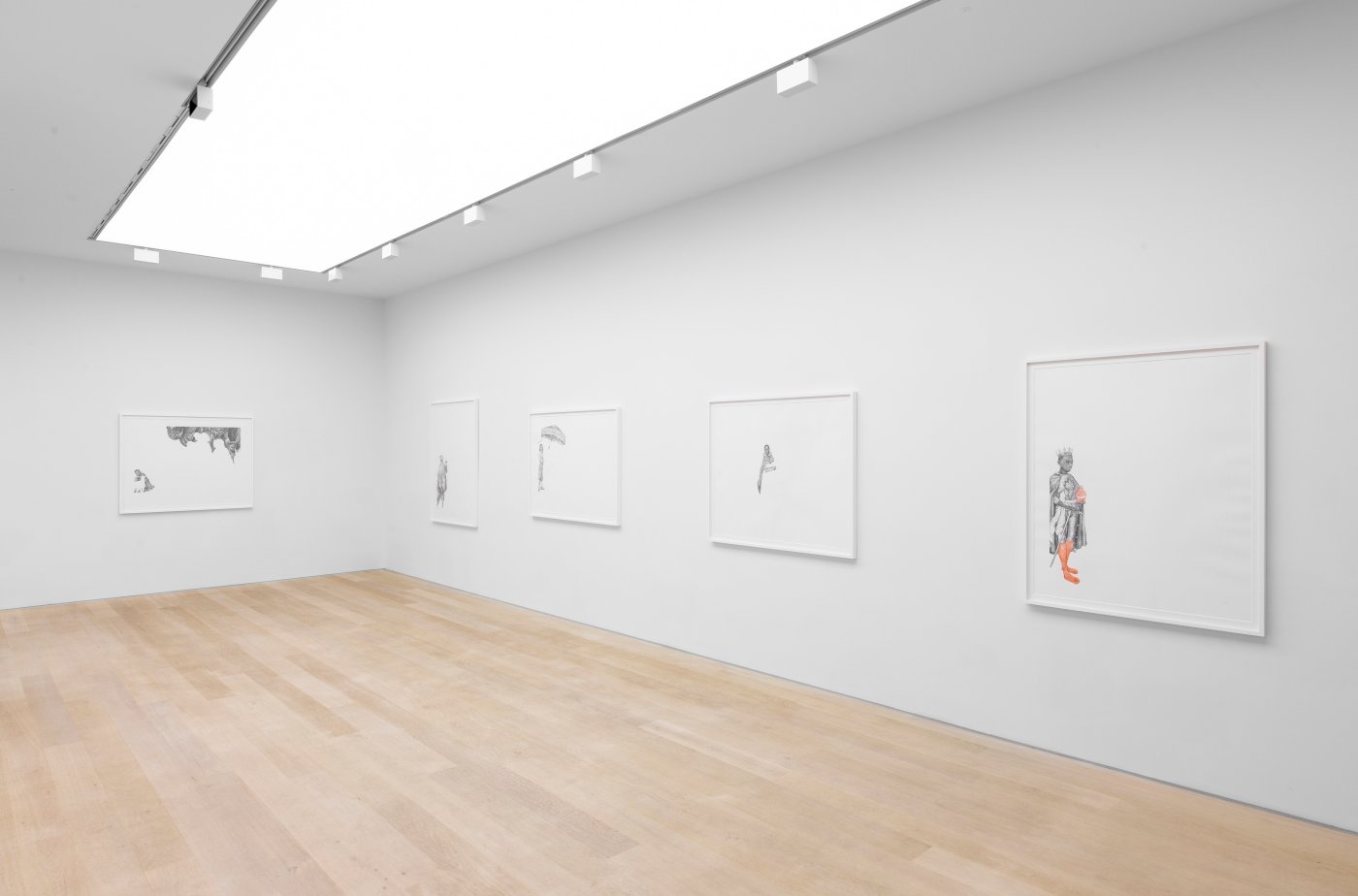 Vanishing Point features new works which combine detailed graphite drawing and blind embossing to reinterpret classical paintings. Barbara Walker places a Black figure at the centre of each work, offering an alternative and balanced depiction of the European artistic cannon. These works, the culmination of a five-year project, will be exhibited for the first time alongside a new large-scale wall drawing.

Walker, who often spends several years on projects, undertaking research that includes working with public archives, began her Vanishing Point series in 2017 following the receipt of the Evelyn Williams drawing award at the Jerwood Drawing Prize, which enabled her to research, develop and exhibit the beginnings of the series at the Jerwood Gallery in Hastings (now known as Hastings Contemporary). All the works are variations on Old Master or classical Western paintings that are housed in major public museums, including the National Gallery, London and the Rijksmuseum, Amsterdam. Walker selects paintings by artists from the Renaissance period through to the Dutch Golden Age, such as Paolo Veronese, Daniël Mijtens, Johann Liss, Hendrik Heerschop, Daniel Vertangen, and Pierre Mignard.

She focuses on scenes with Black subjects, who are often depicted in the role of slaves, servants or attendants. The white figures in the picture are embossed out, leaving a blank sheet of white paper onto which Walker draws the Black figures in graphite. In some drawings other parts of the image, such as the landscape or skies, are also reconstructed through drawing and the occasional touches of colour. The final pieces subtly draw attention to the Black figure, demonstrating artistic and historical erasure and inviting contemplation on how history is made and unmade.

Walker has used imagery sourced from prints in the collections of the British Museum and Rijksmuseum to make four small drawings, entitled Marking the Moment. For each work she draws the complete scene, then covers the majority of it with mylar, obscuring the picture and leaving only the Black figure revealed. A large-scale wall drawing featuring sections taken from classical paintings will complement the framed drawings on display. Walker is well-known for these large-scale installations, as seen recently at Turner Contemporary, England (2019-21), Lahore Biennale, Pakistan (2020) and the Diaspora Pavilion, Venice Biennale, Italy (2017).

Walker’s experience of growing up in a Jamaican family in Birmingham, UK, has directly shaped her practice. Informed by the social, political and cultural realities that affect her life and the lives of the diverse immigrant communities around her, she works in a range of media and formats to make figurative works, highlighting people who are often cast as minorities. Recognising both past and current issues and prejudices faced by Black communities, Vanishing Point links historical and contemporary questions concerning race, class and power.