Groundbreaking American artist Avery Singer presents two new series of large-scale paintings in her first solo exhibition with Hauser & Wirth. Occupying both the second and fifth floors of the gallery’s 22nd Street space in New York City, the exhibition invites us to consider form as a state of encounter – an encounter that does not take place with a singular object, reference, or context, but as a conflation of narratives, spaces, histories, and ideas. 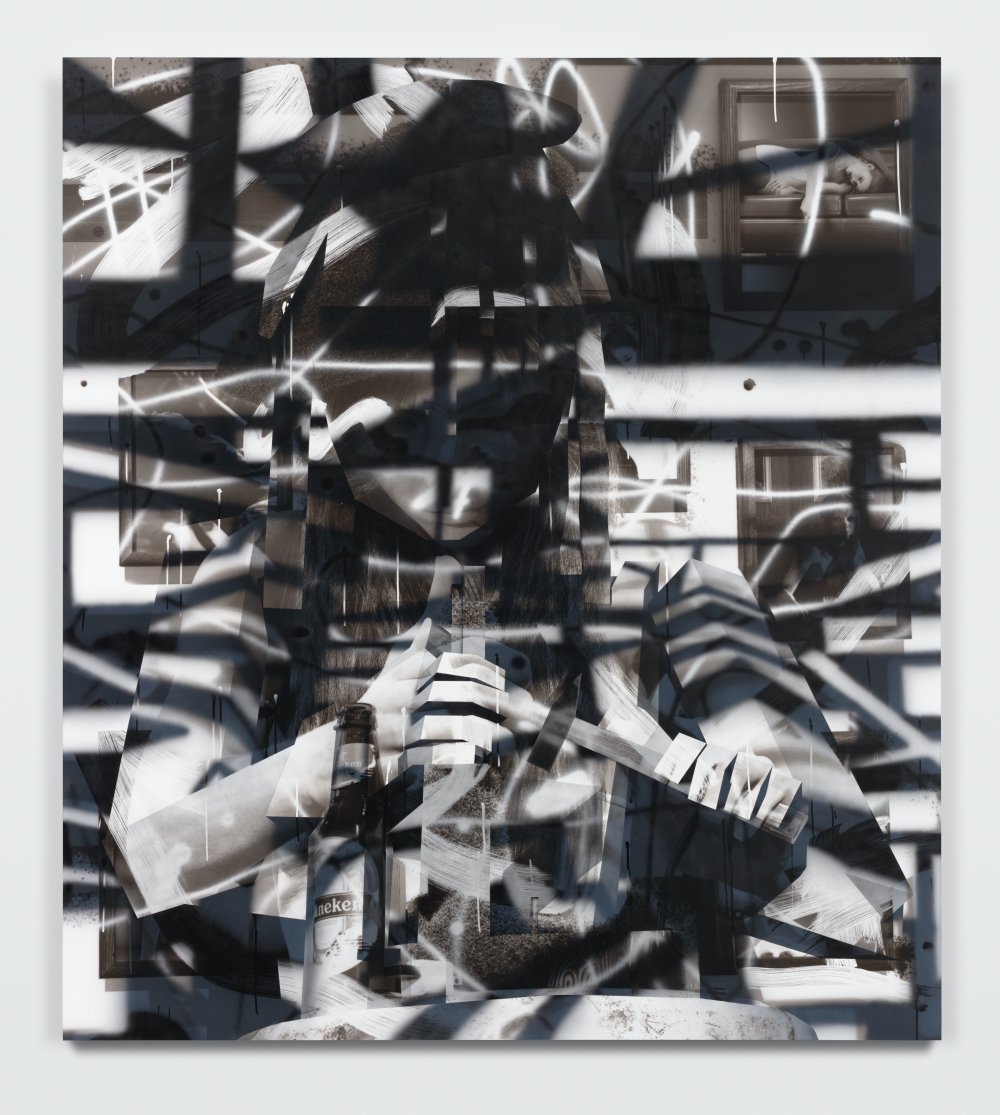 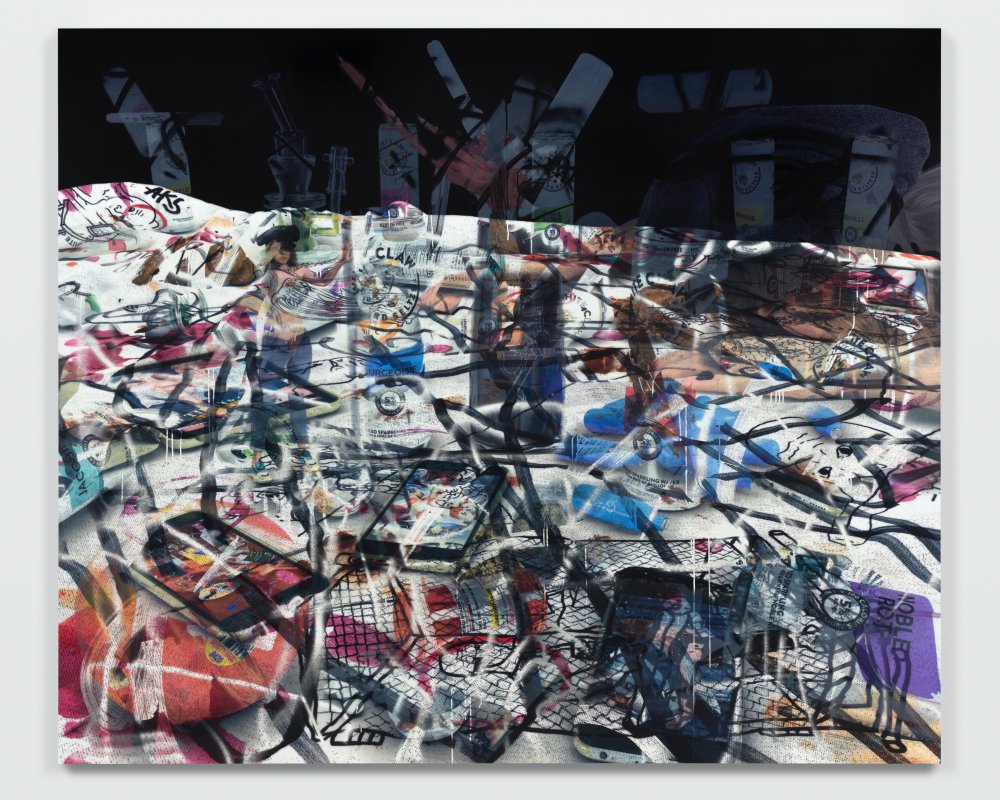 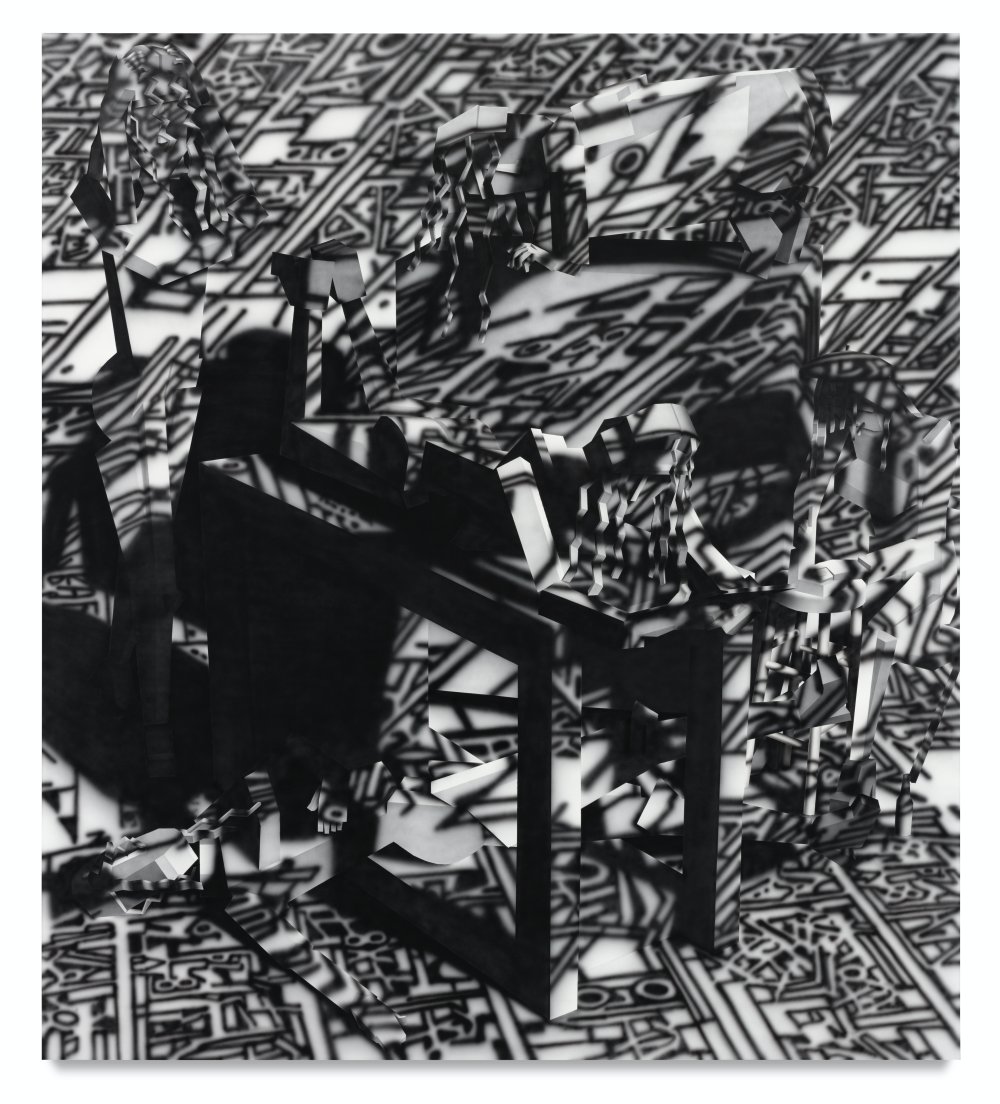 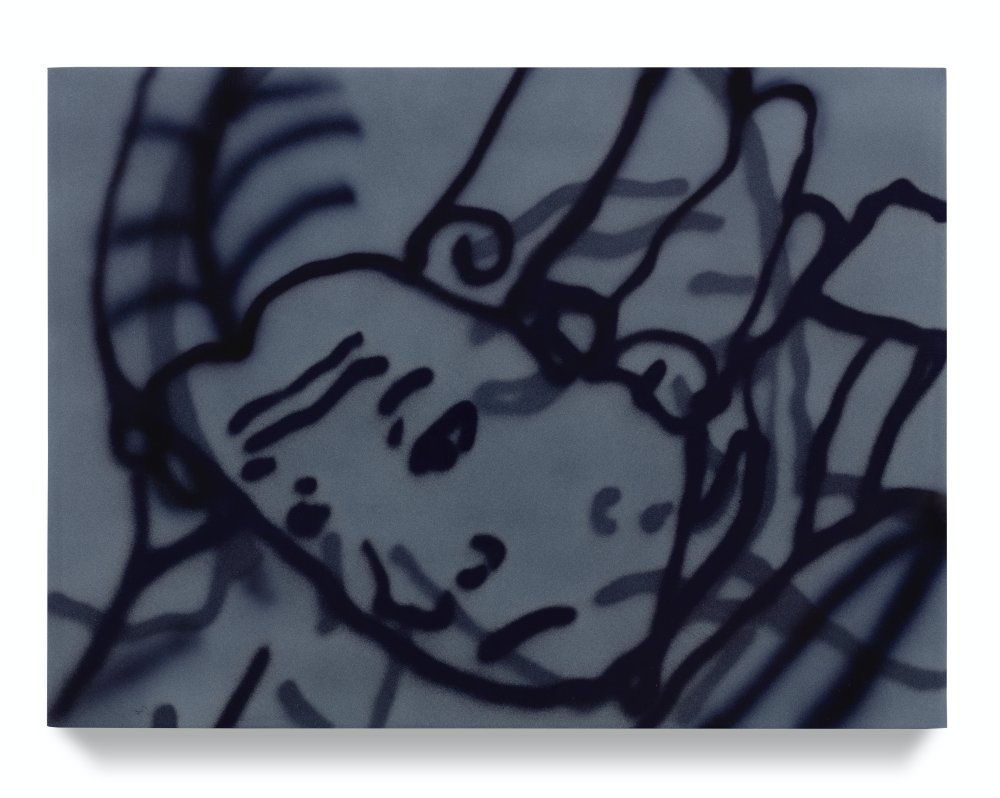 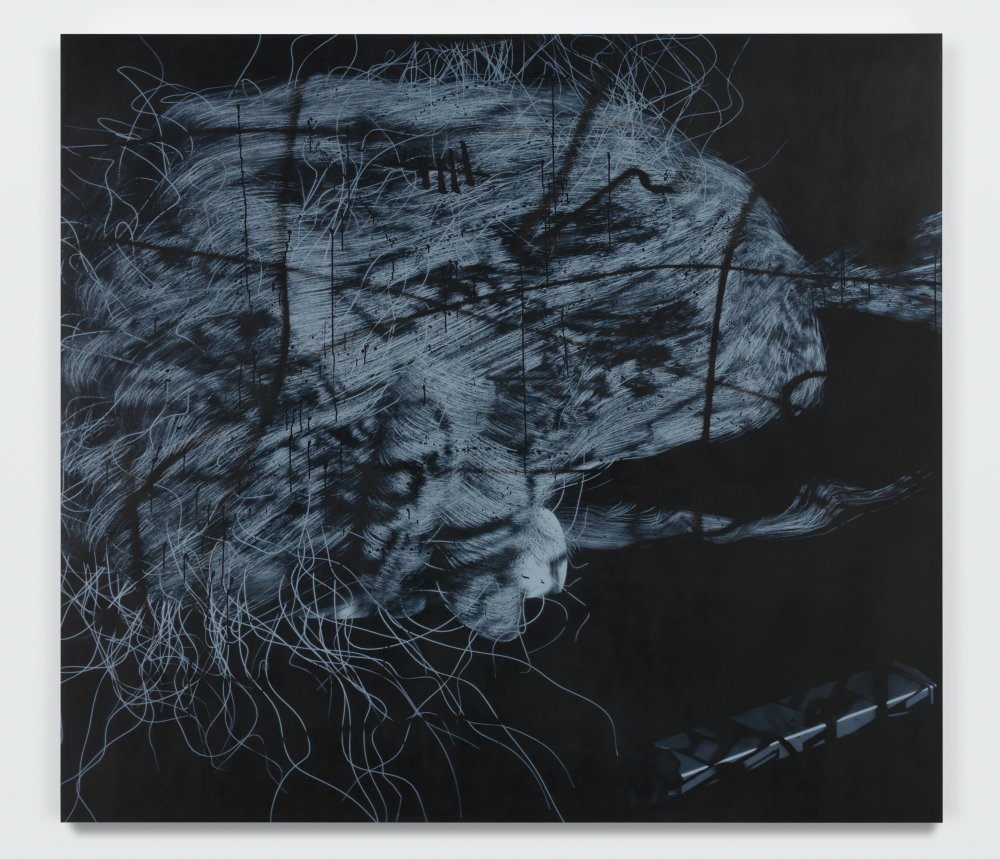 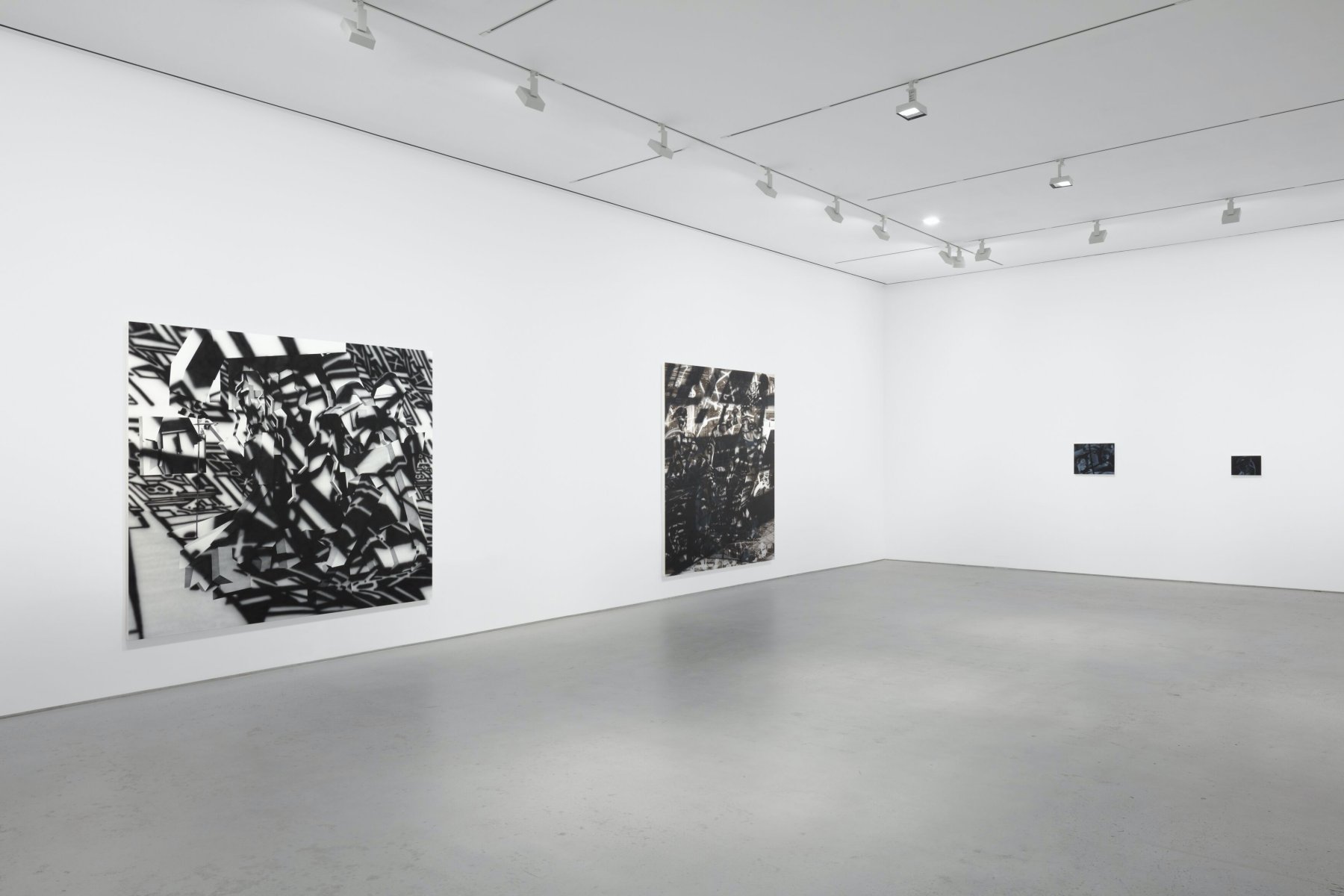 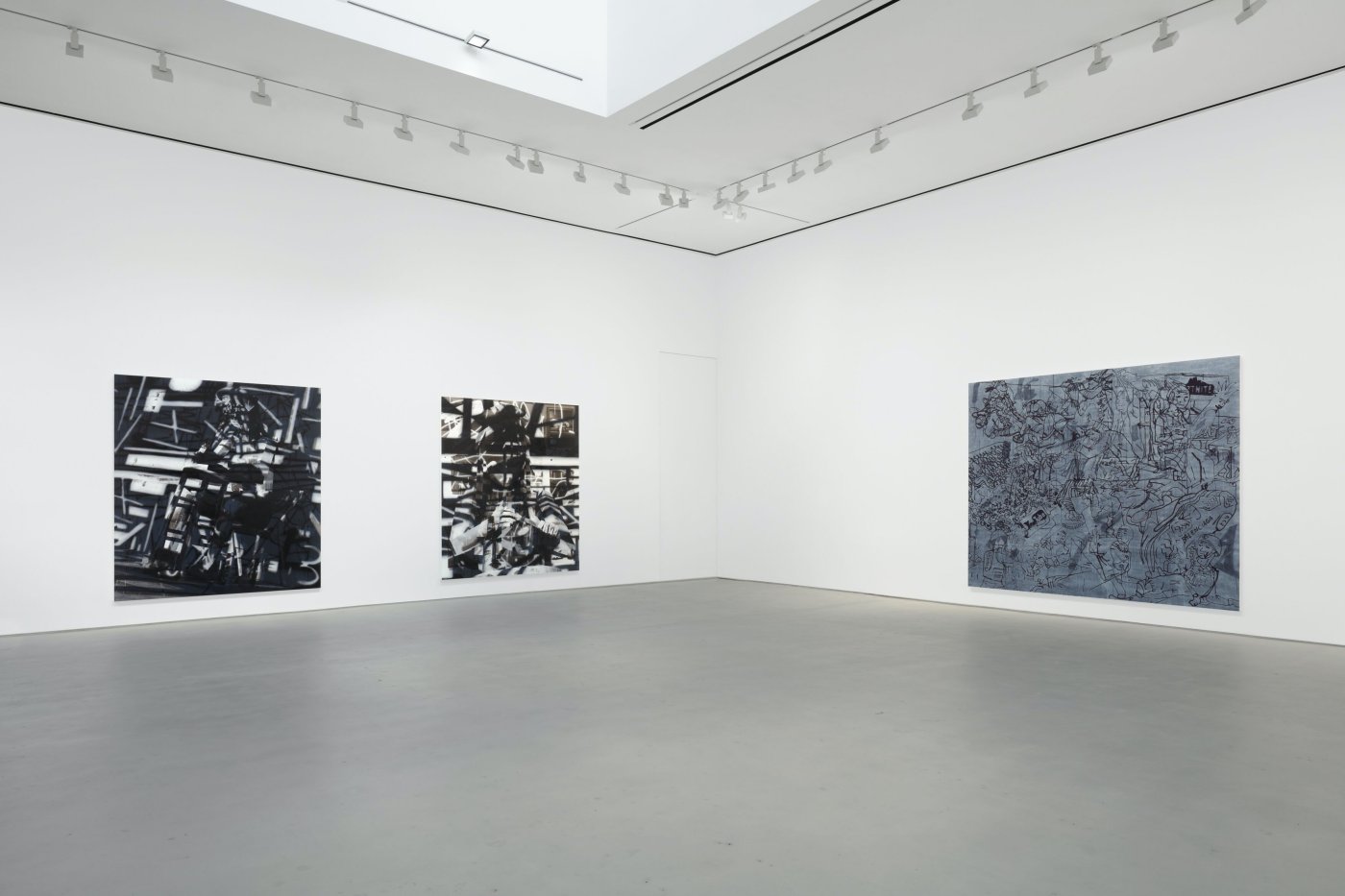 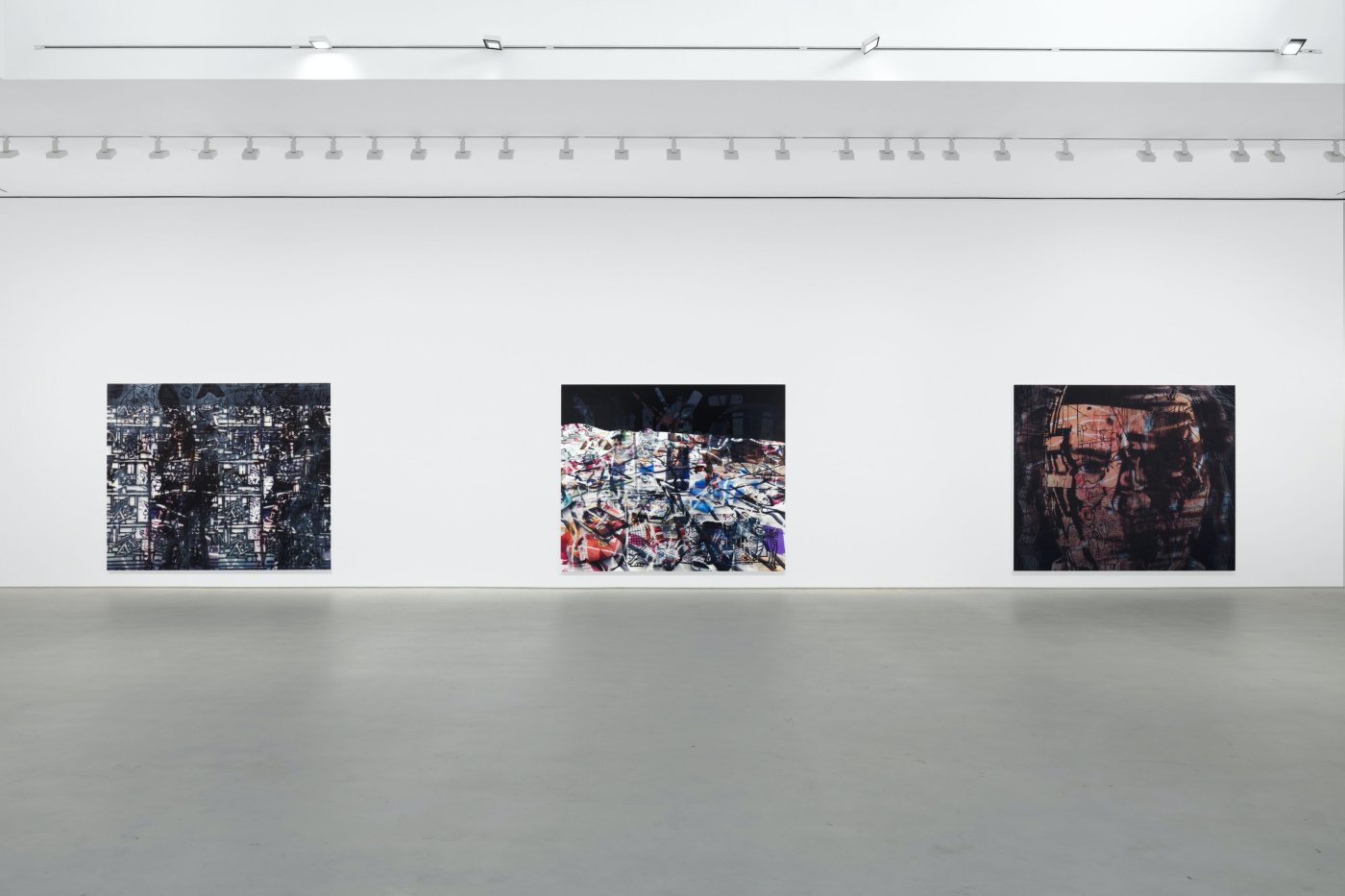 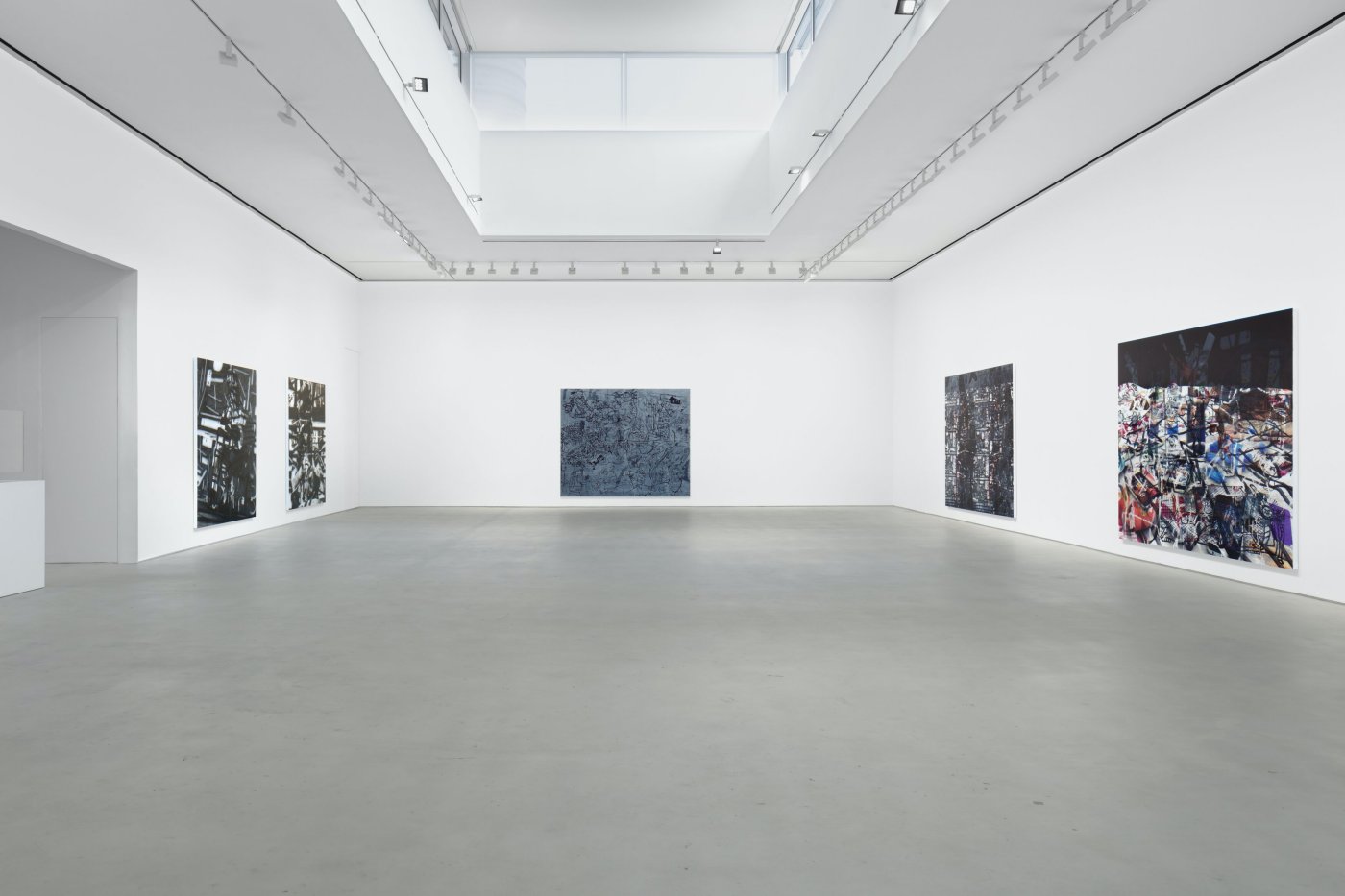 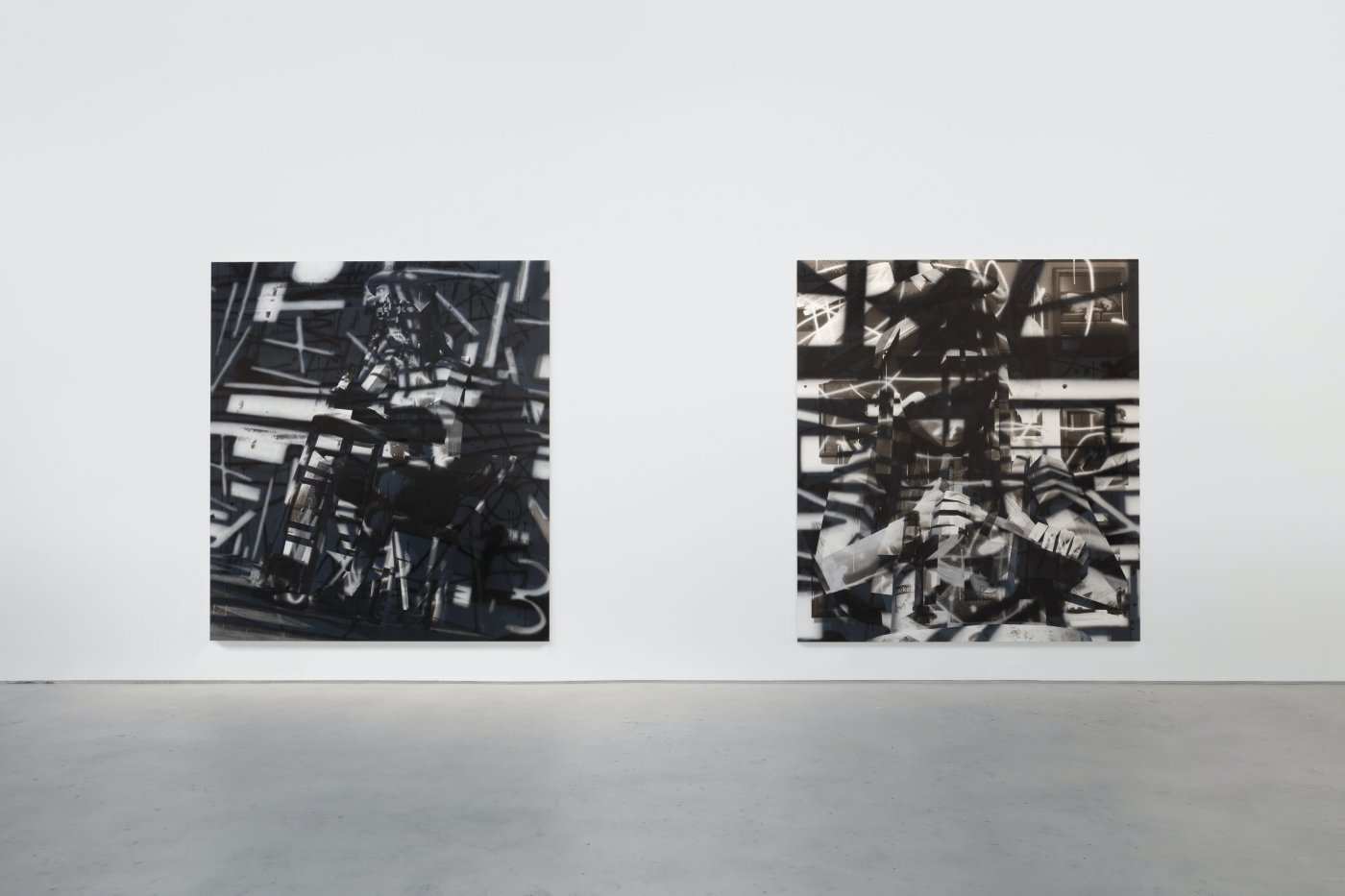 Singer’s new paintings explore themes – 19th-century European painting motifs, romantic notions of intoxication, stereotypes surrounding the bohemian artist, and icons of contemporary digital culture – that amalgamate past and present, clarity and ambiguity, and propose an escape from our quotidian reality. Shifting seamlessly between digital and analog processes, Singer’s new work expands her unique visual vocabulary through a nuanced use of industrial automation, three-dimensional computer modeling software, and traditional painting techniques. The artist’s complex process of layering begins with finely primed, gessoed canvas, onto which images are projected before being methodically developed with airbrushed acrylic paint and liquid rubber. The rubber is used as masking solution in a lot of Singer’s paintings, allowing parts of her imagery to be visibly and vigorously removed, effectively unveiling the complex dimensionality that constitutes the numerous layers of each work. Through these diverse methods, Singer continues to challenge the limits of the medium and develop her own way of seeing. Click here to read a conversation between Avery Singer and art historian Isabelle Graw about the new works on view in ‘Reality Ender’ and the artist’s evolving practice in a special artist designed booklet accompanying the exhibition. Physical copies will be available at the gallery. Avery Singer (b. 1987) was born and raised in New York. Her parents, the artists Janet Kusmierski and Greg Singer, named her after Milton Avery. Growing up in a creative community, Singer experimented with photography, film, and drawing, but in those years never considered working with paint. In 2008, Singer studied at the Städelschule, Frankfurt am Main, and in 2010, she received her B.F.A. from Cooper Union, New York. During her studies, Singer engaged in performance art, video making, as well as sculpture utilizing carpentry, metal casting, and welding. After graduation, she discovered her chosen art form from an unanticipated experiment with SketchUp, a program used by her peers to design exhibition spaces, and airbrushed a black- and-white painting based on a digital illustration. Since then, Singer has employed the binary language of computer programs and industrial materials in order to remove the trace of the artist’s hand while engaging the tradition of painting and the legacy of Modernism.