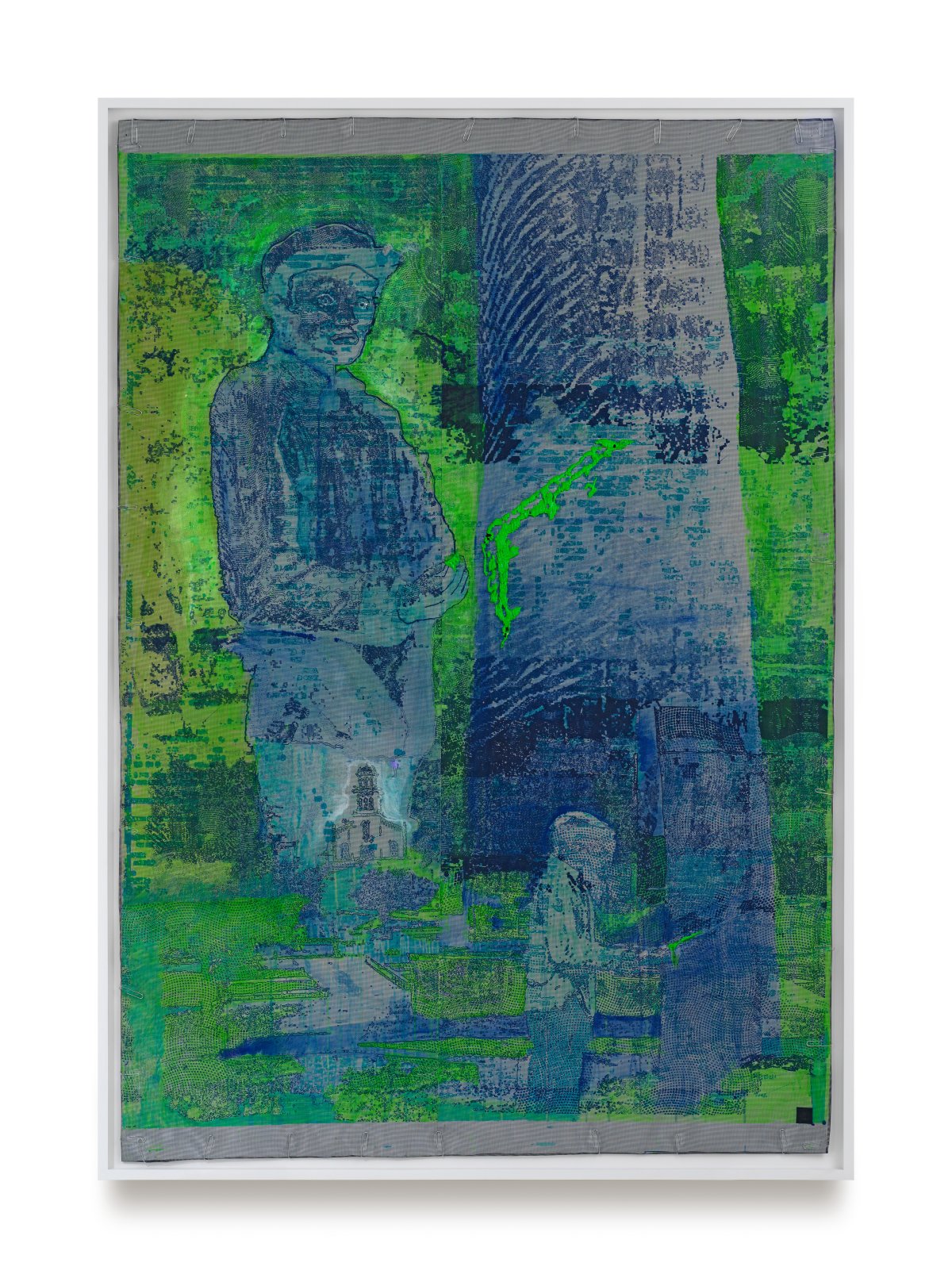 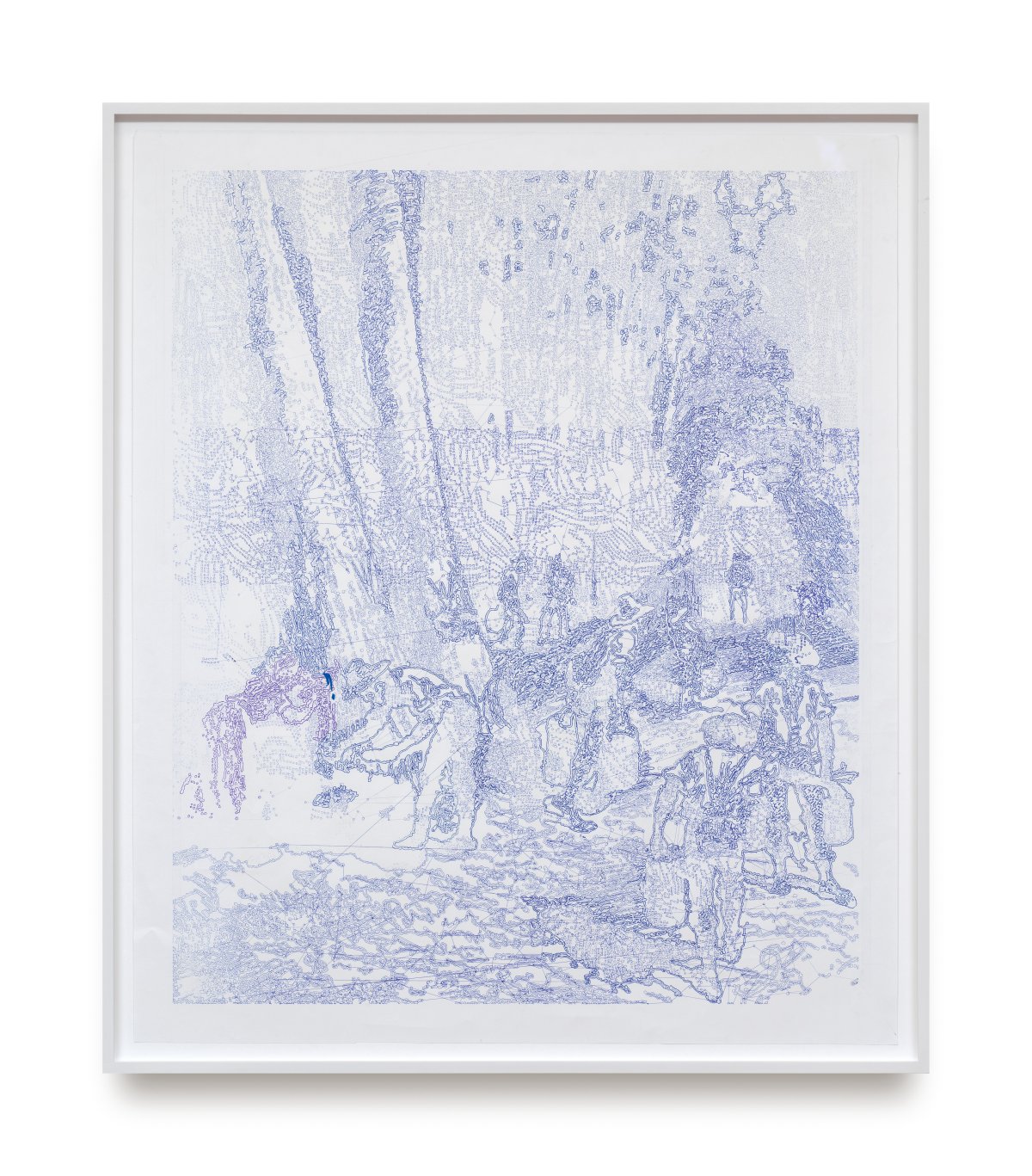 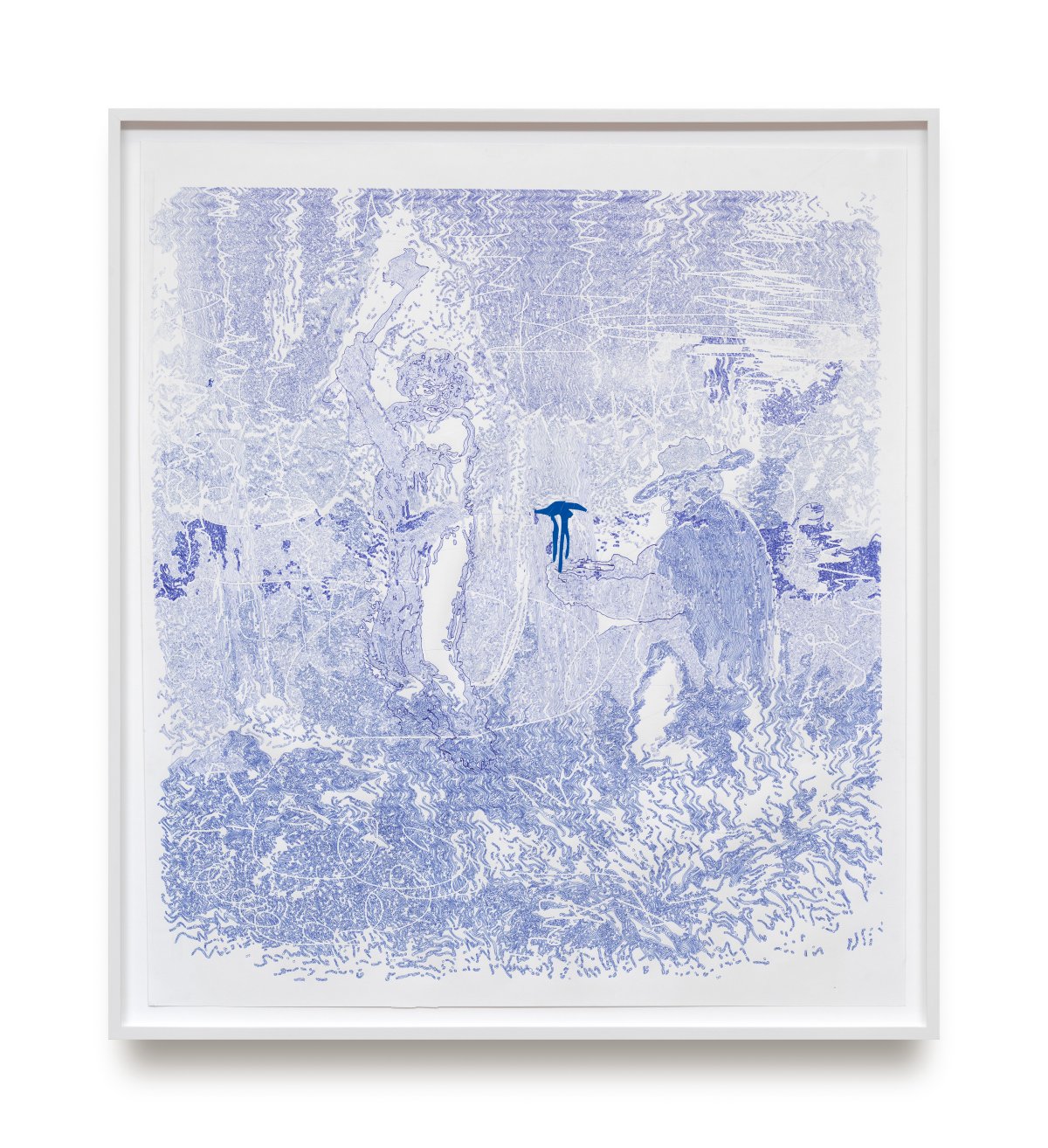 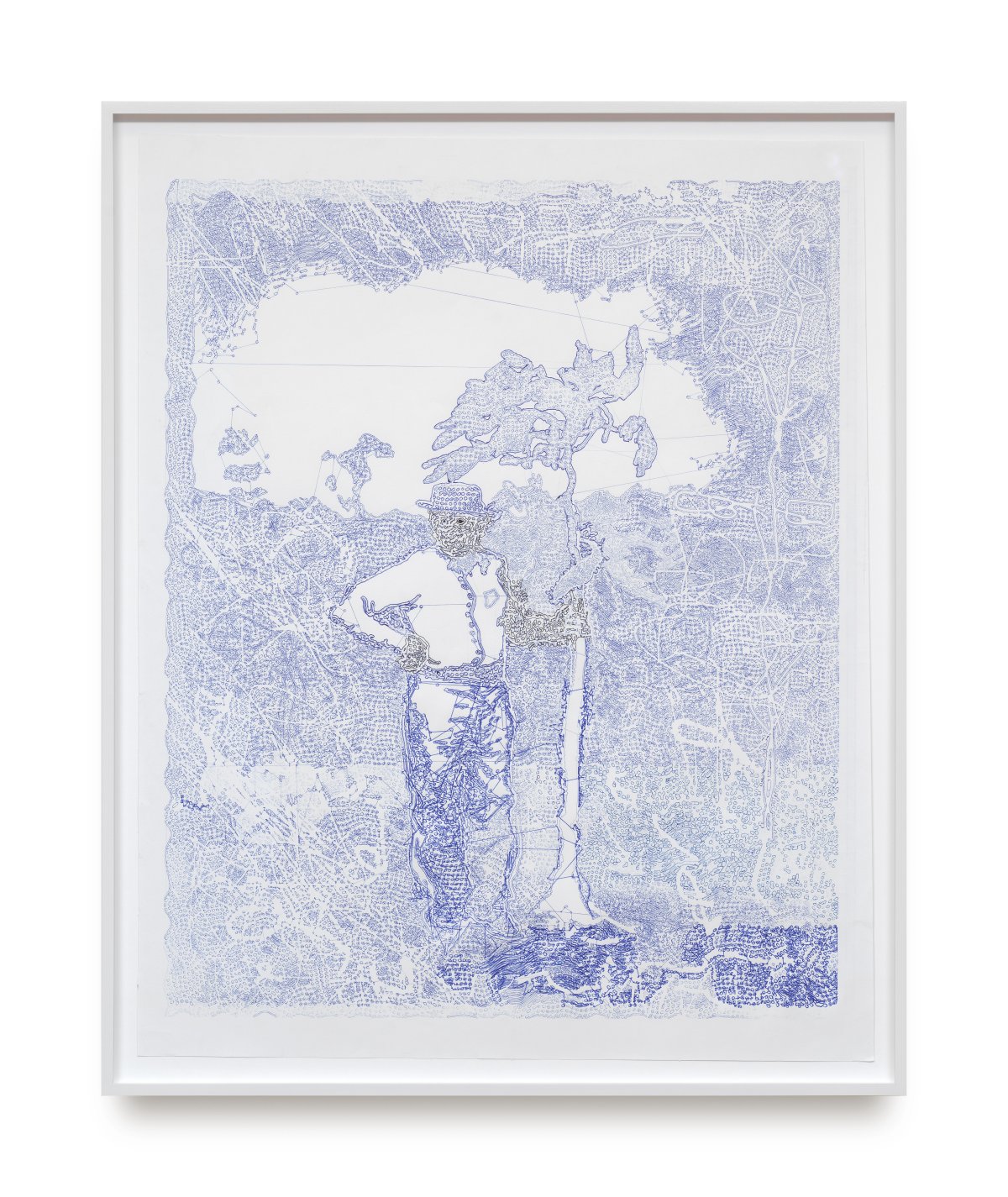 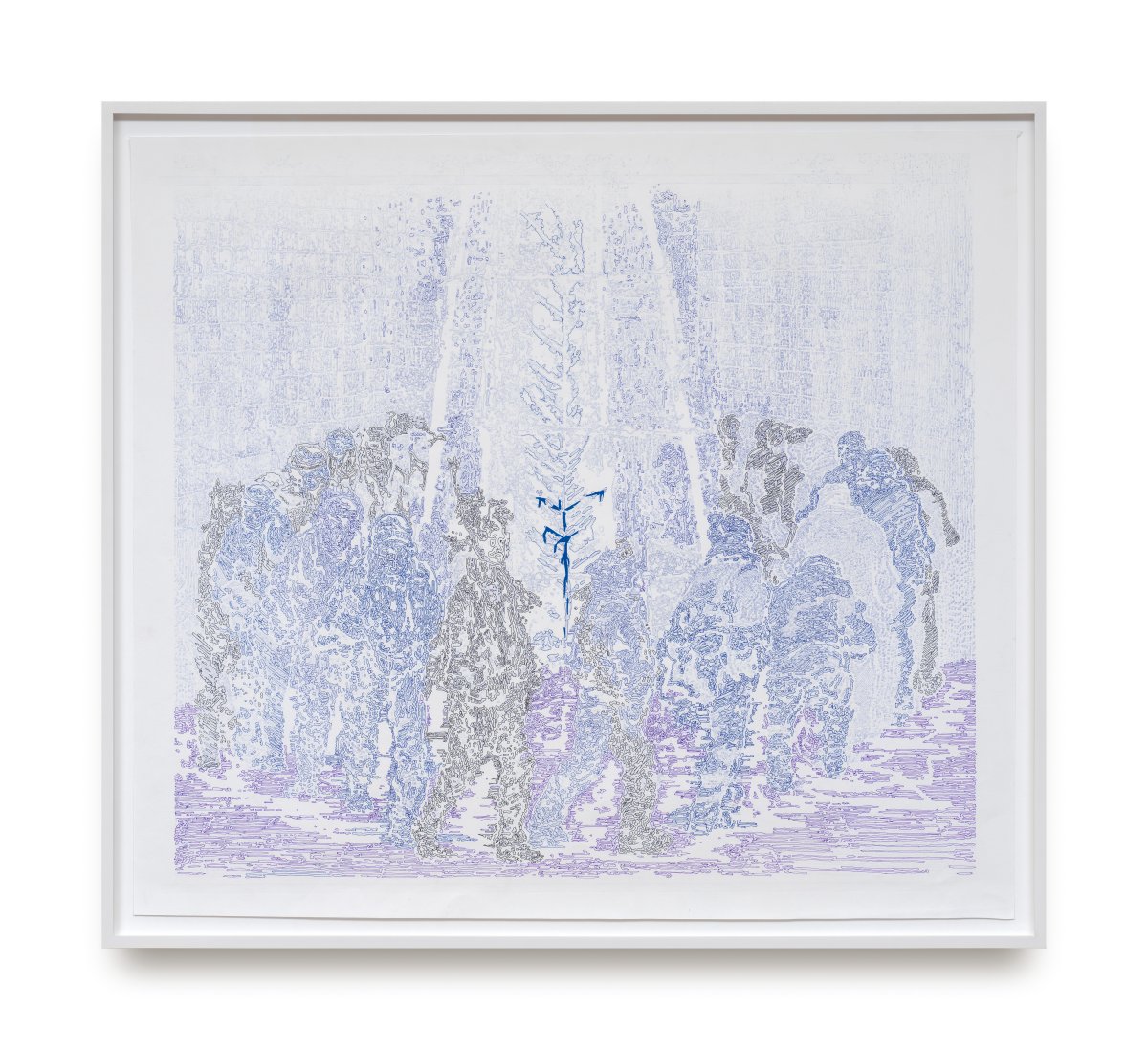 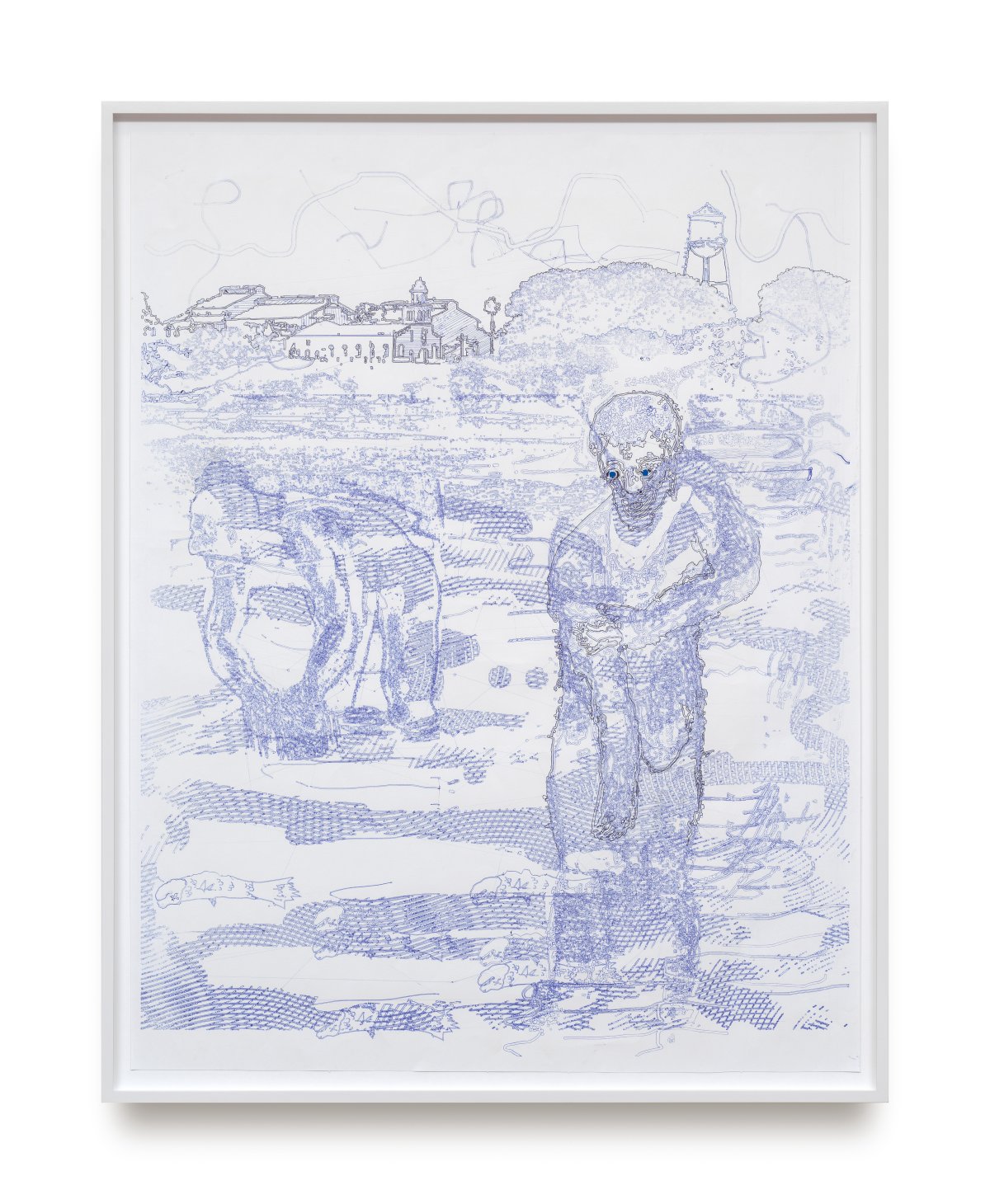 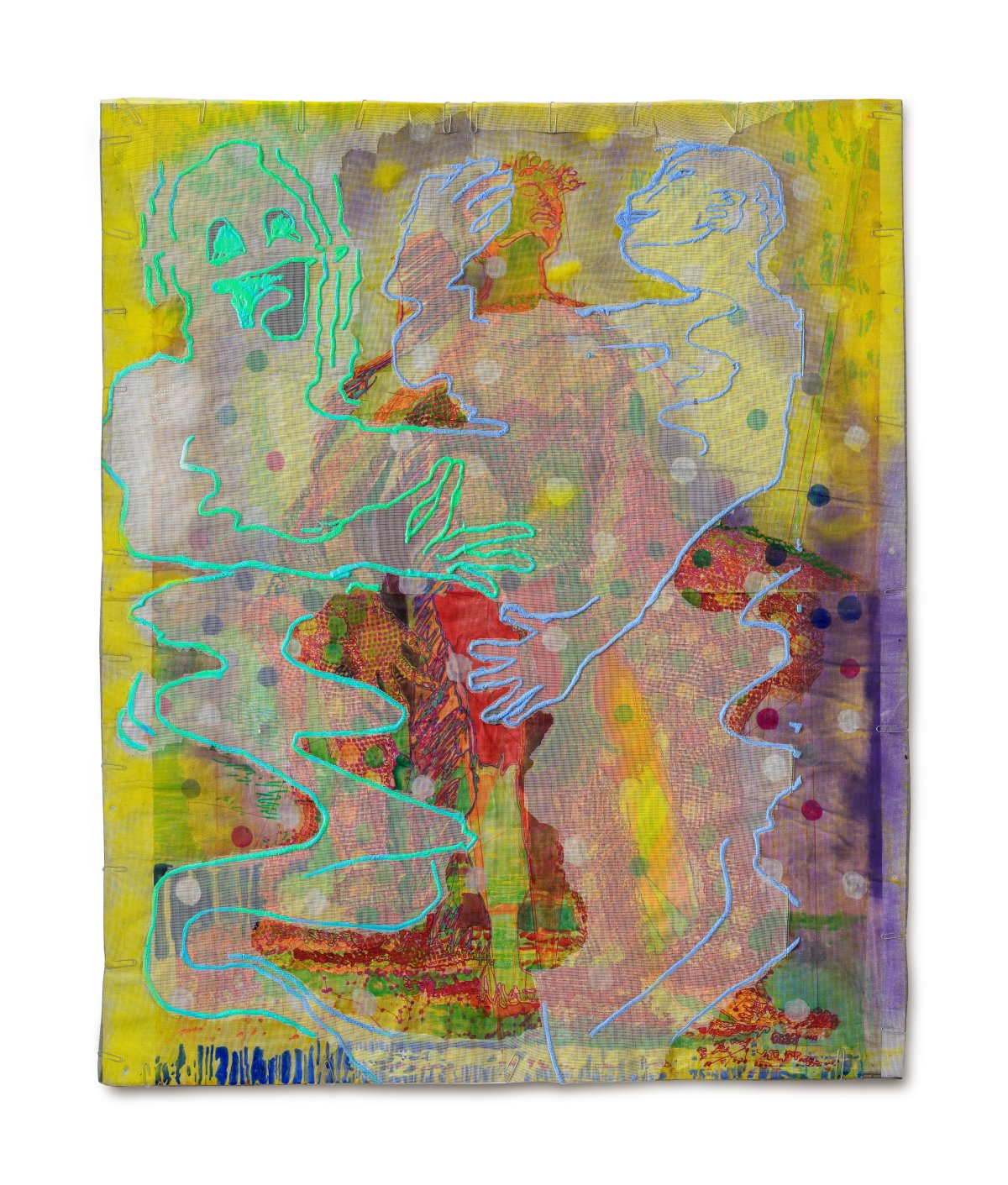 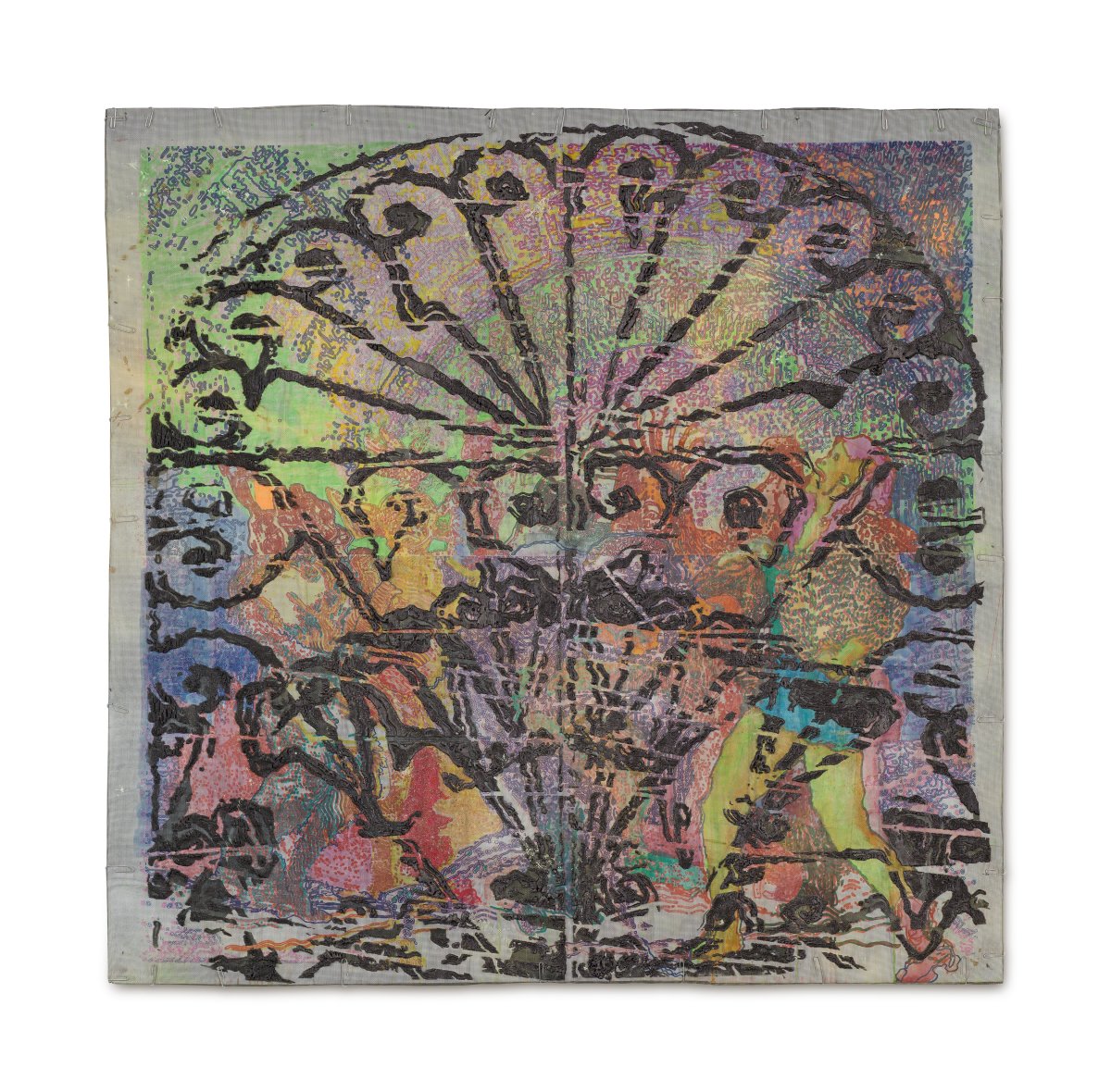 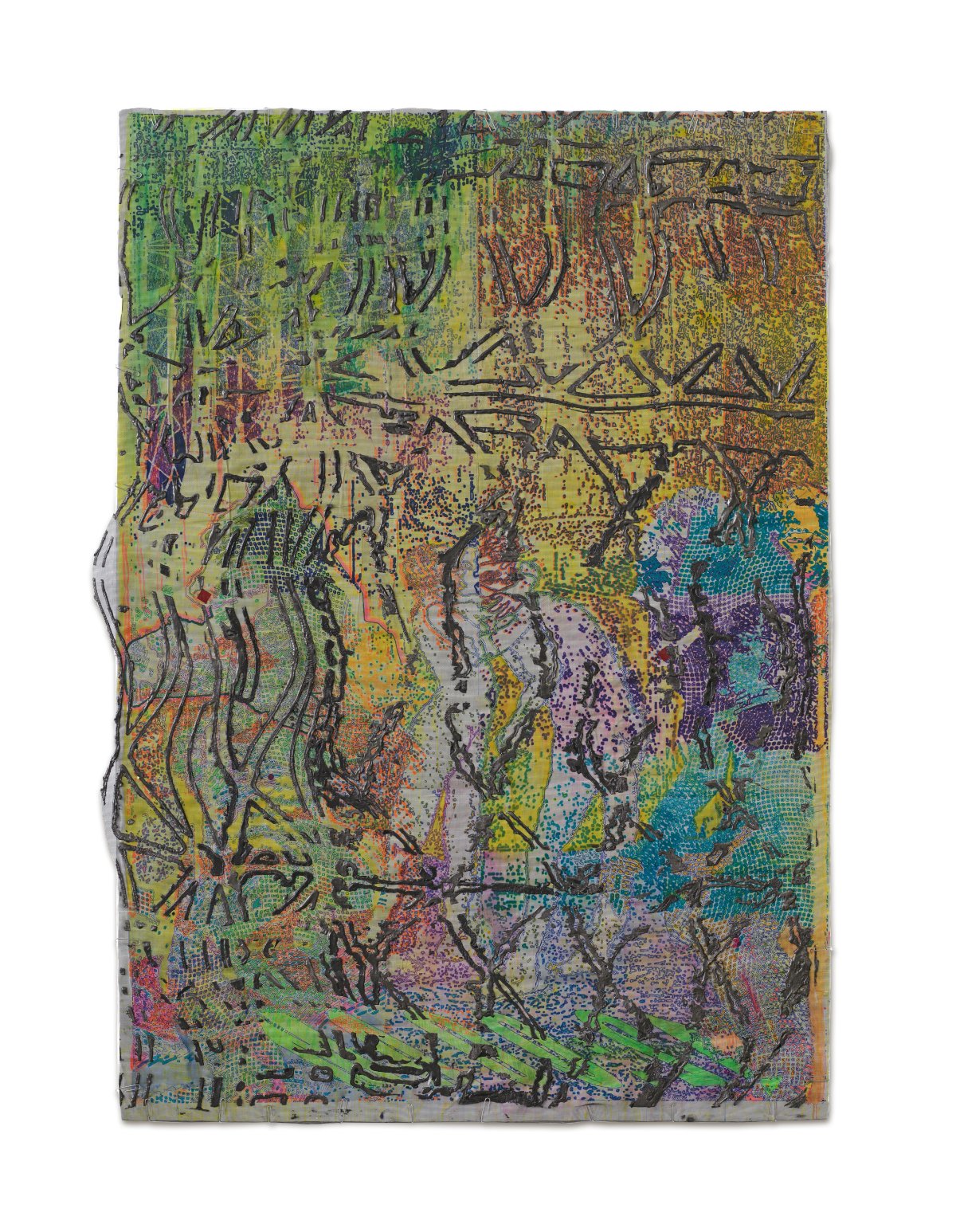 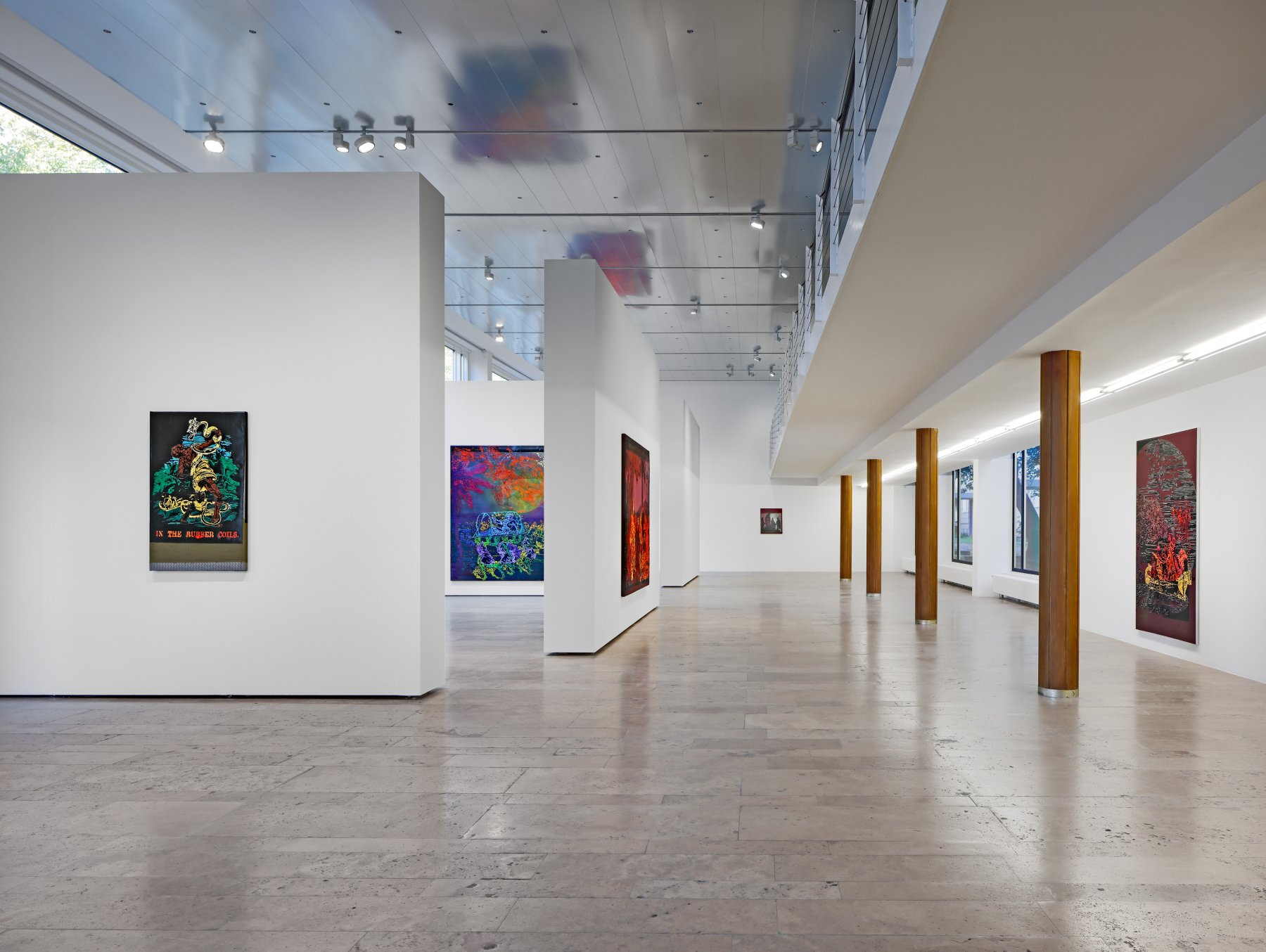 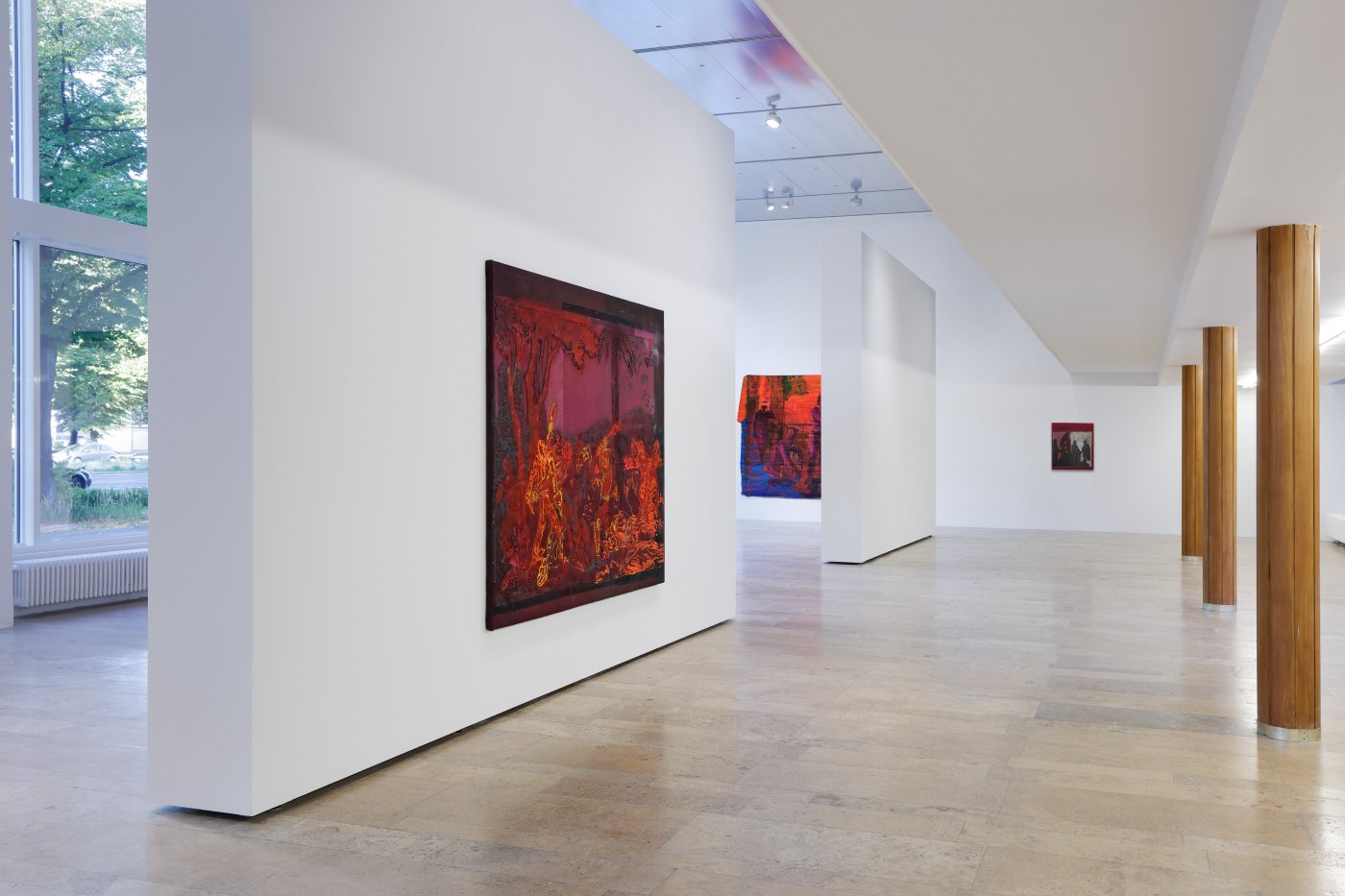 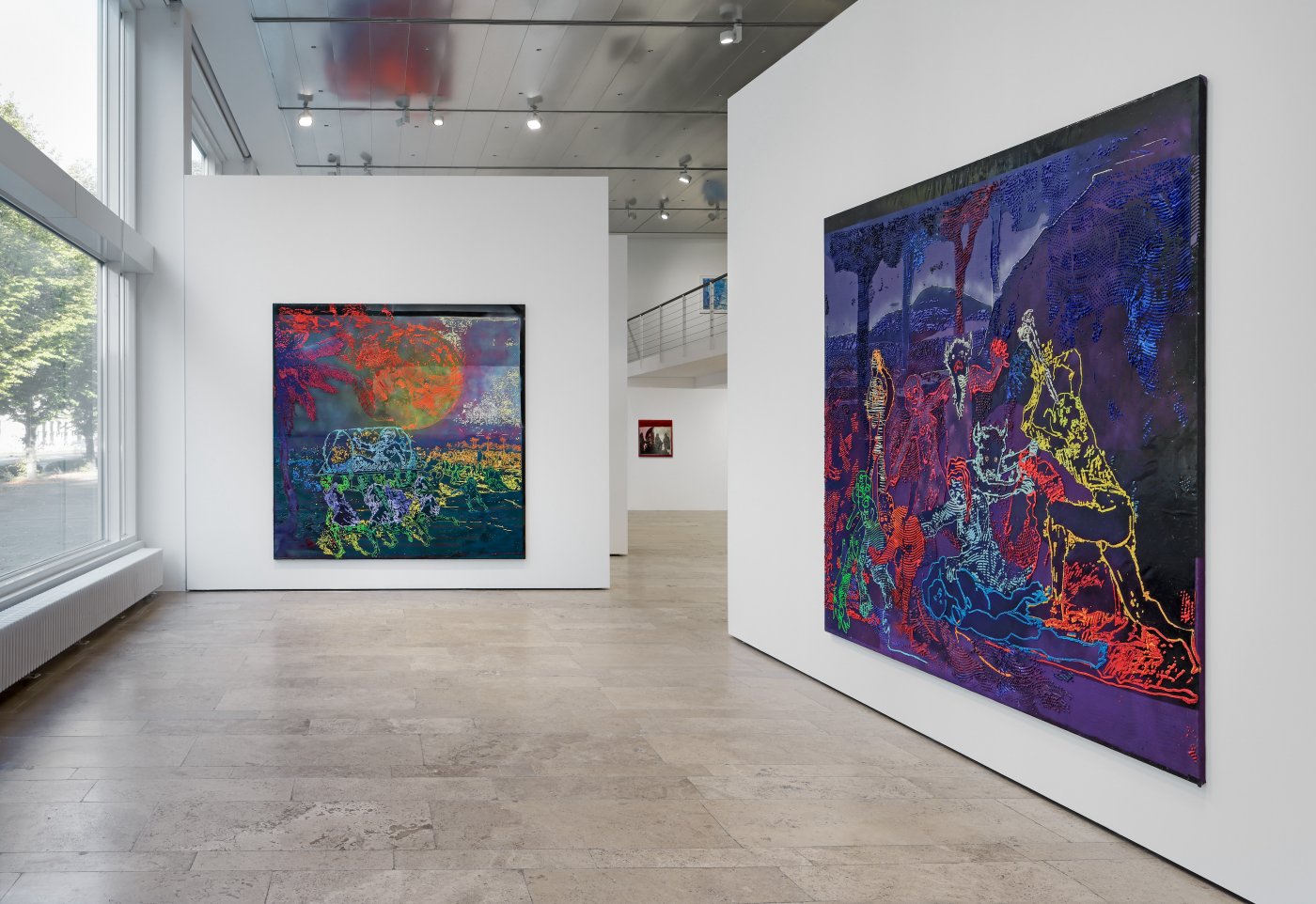 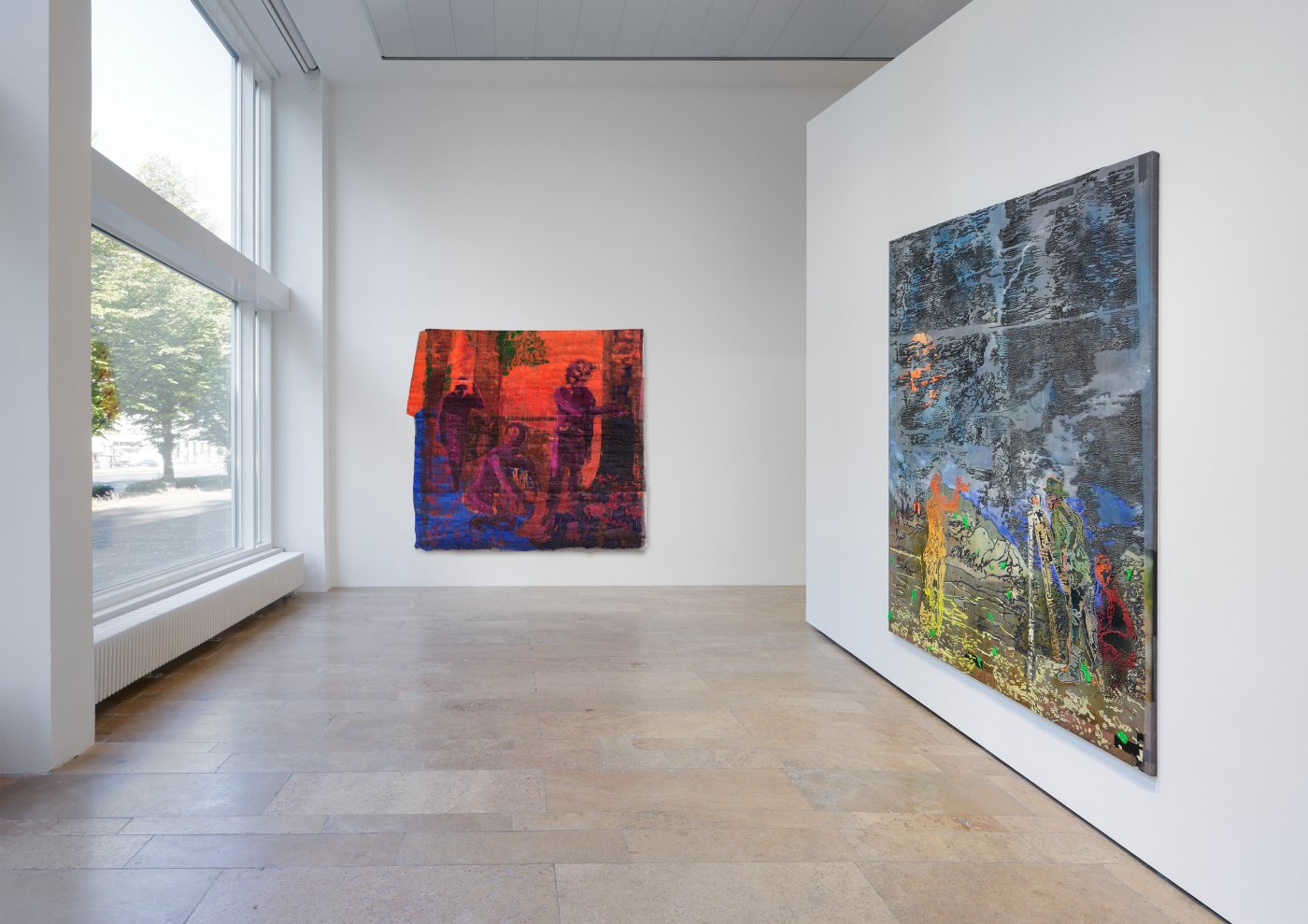 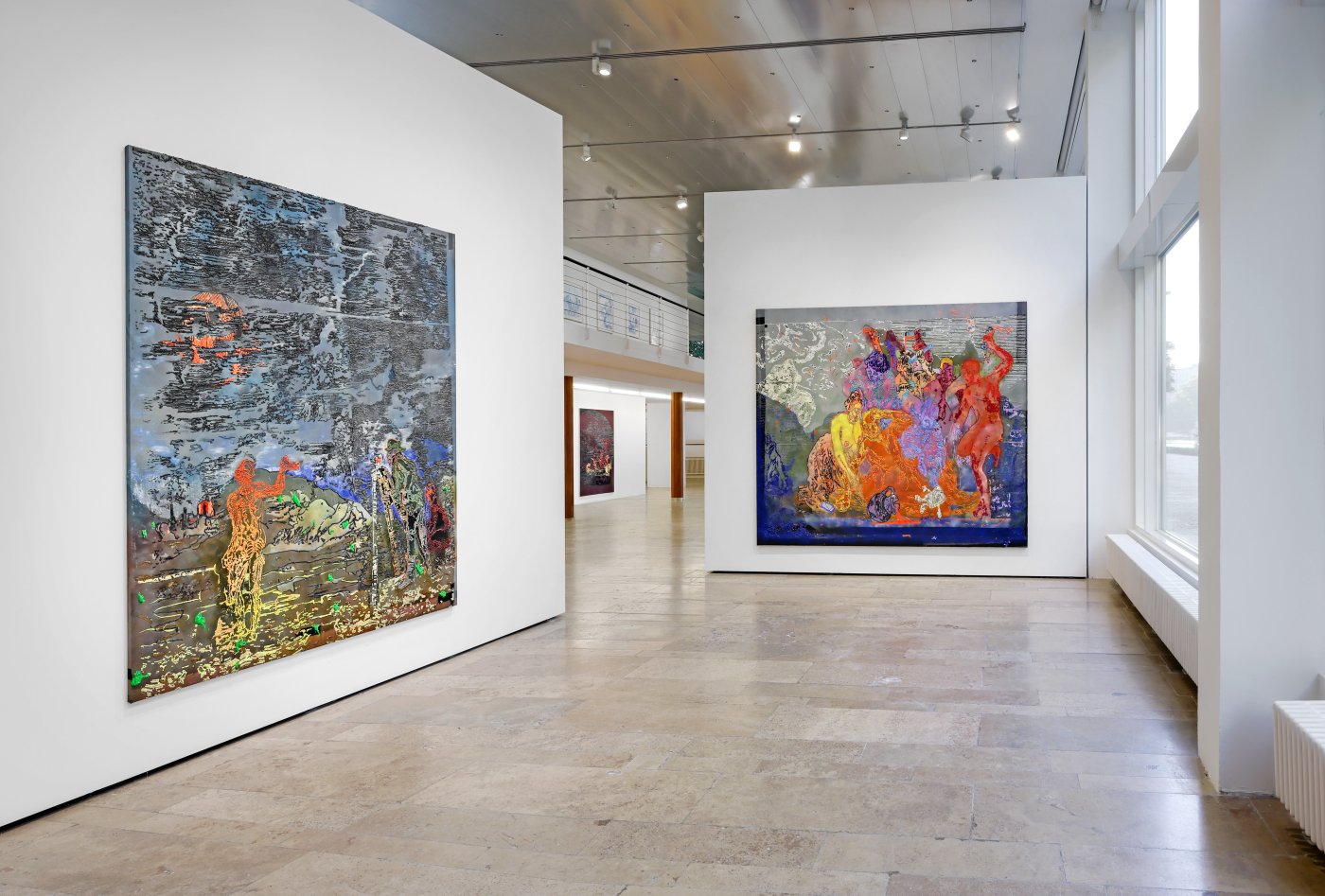 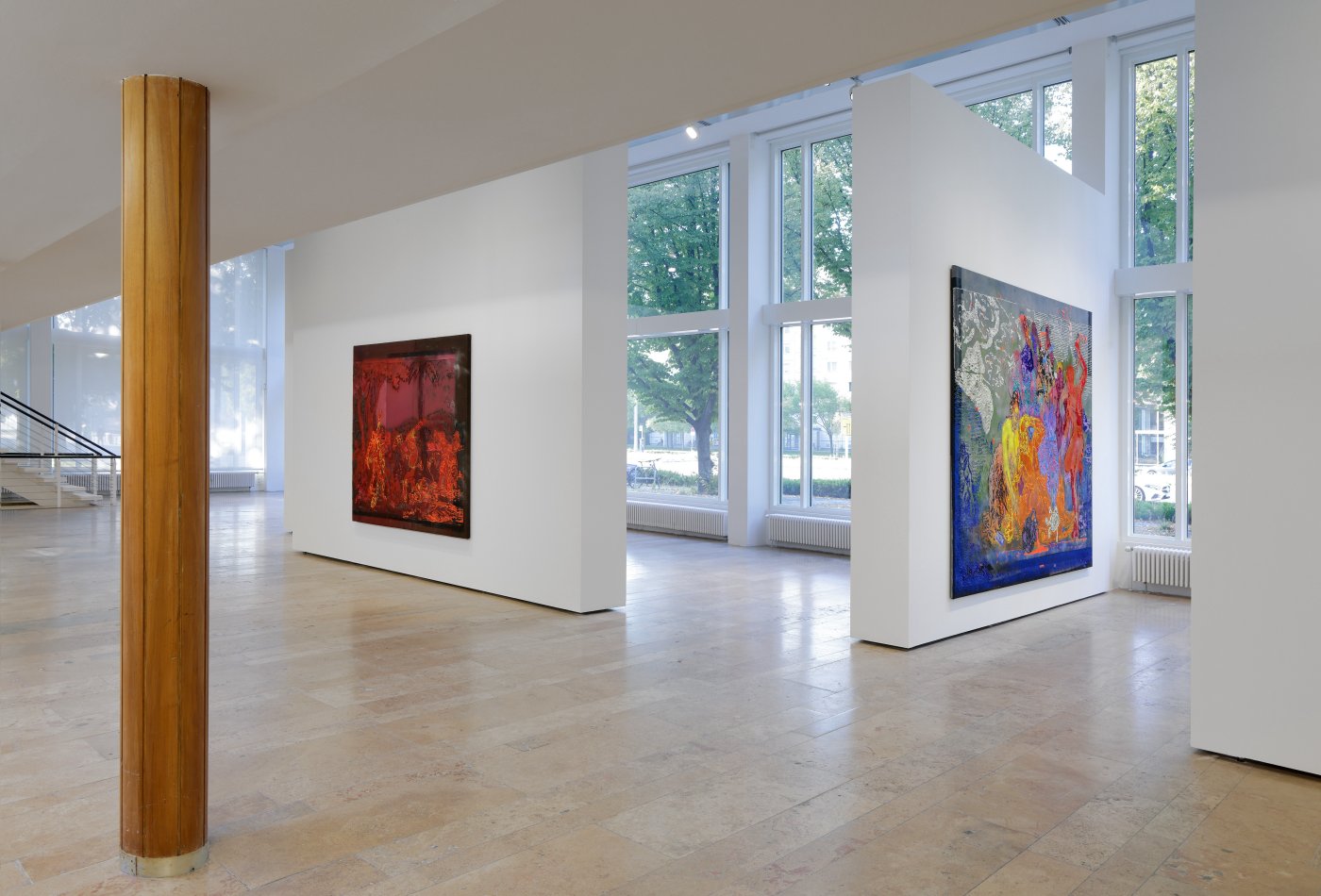 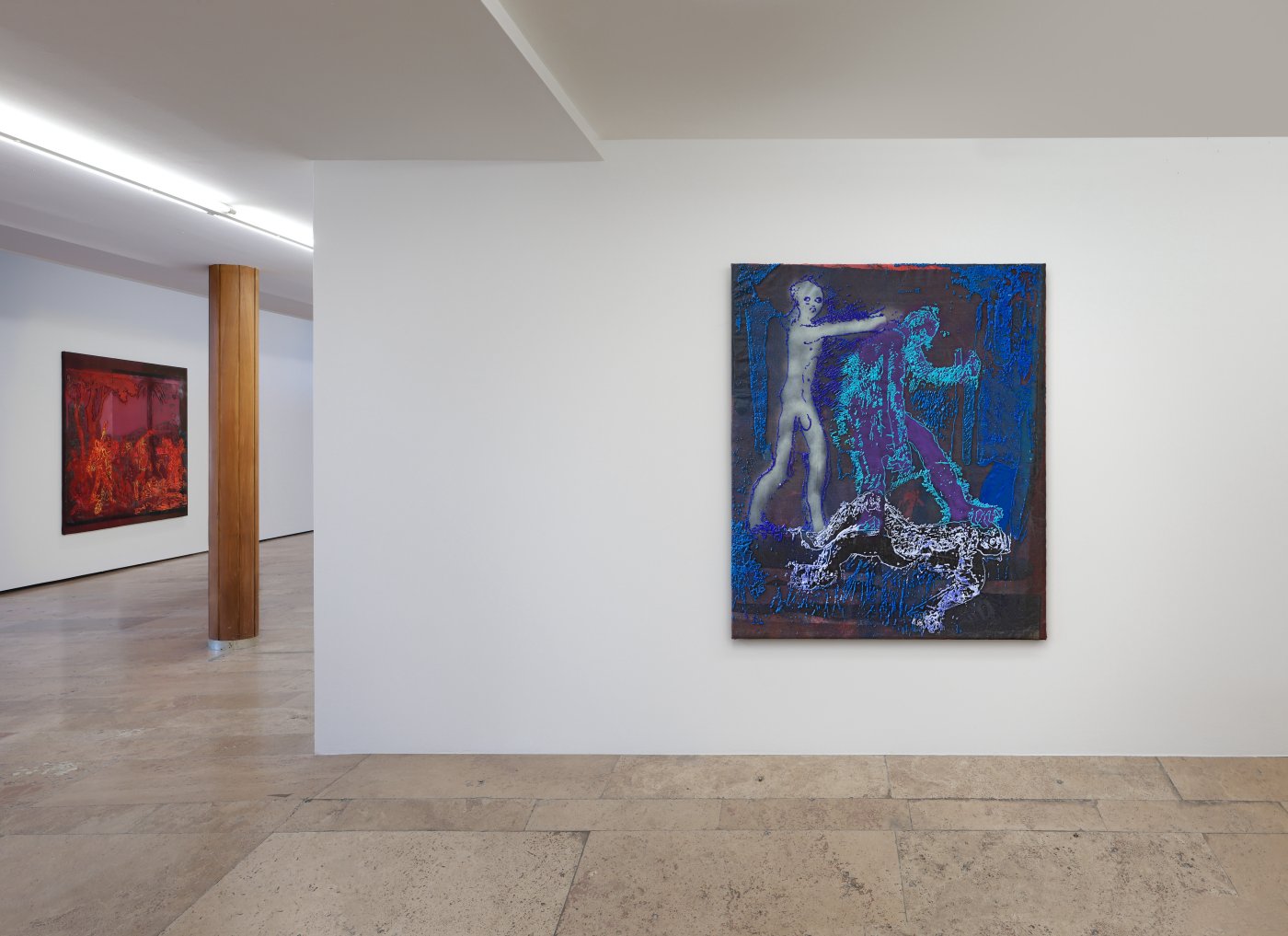 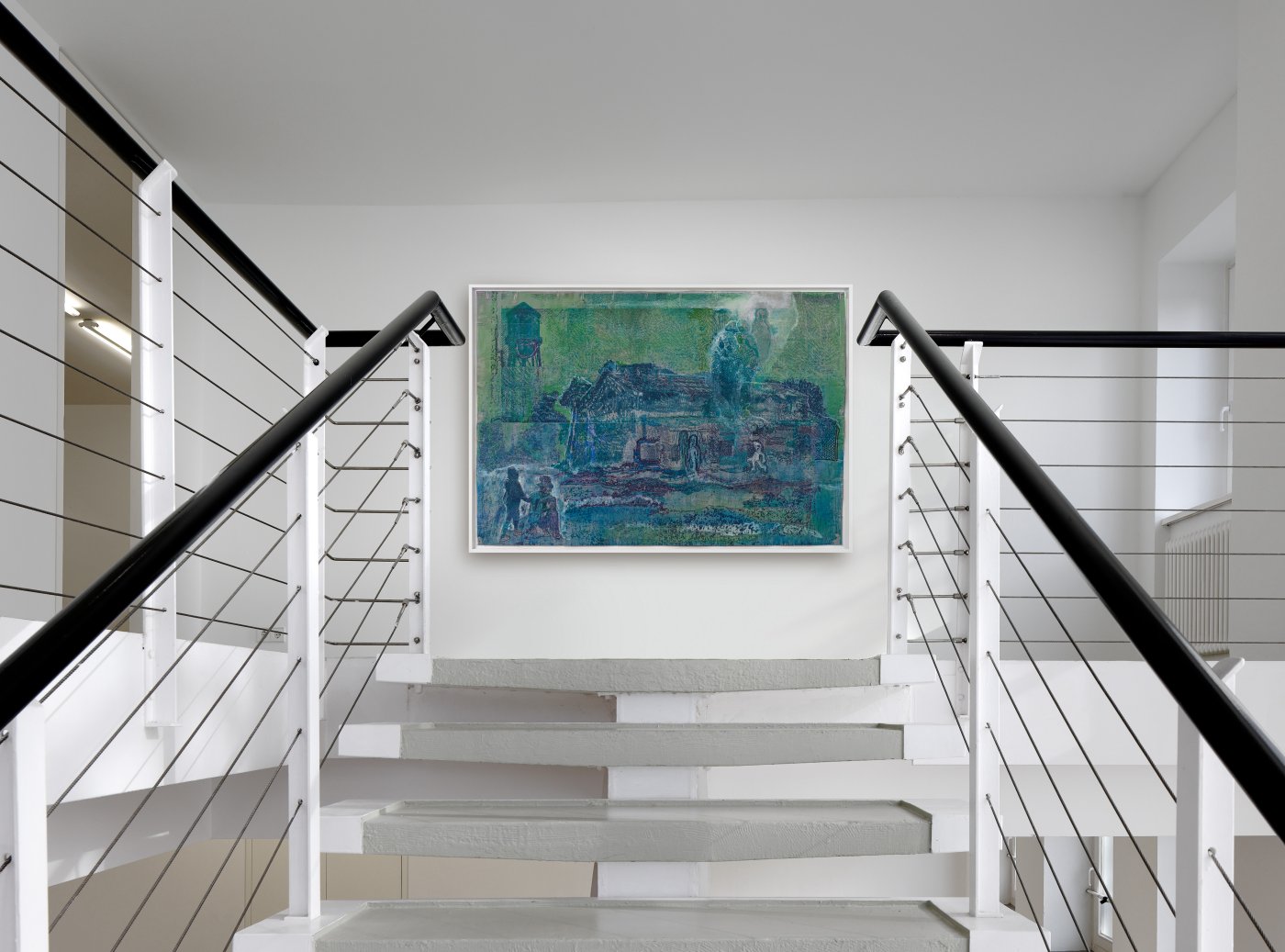 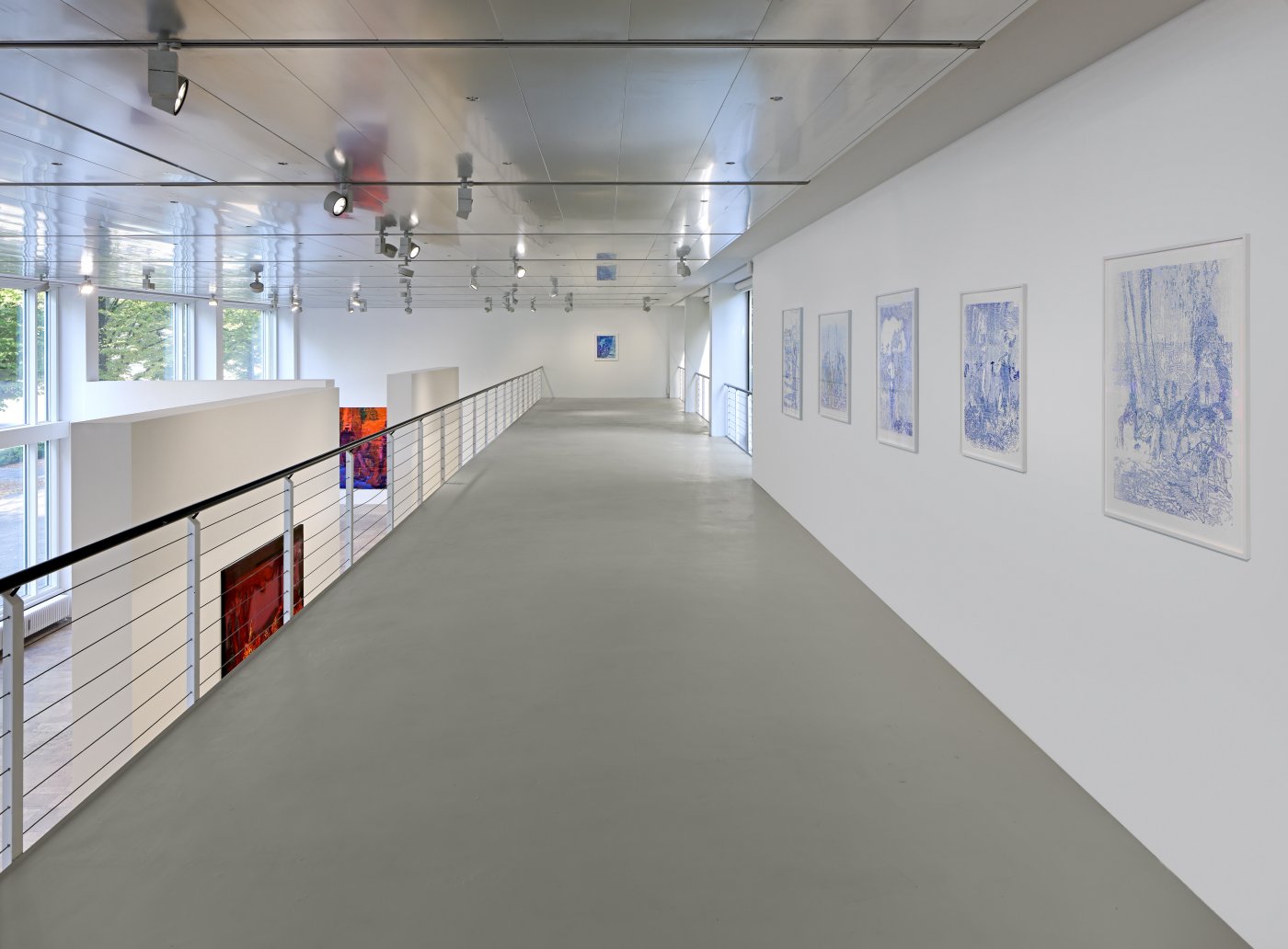 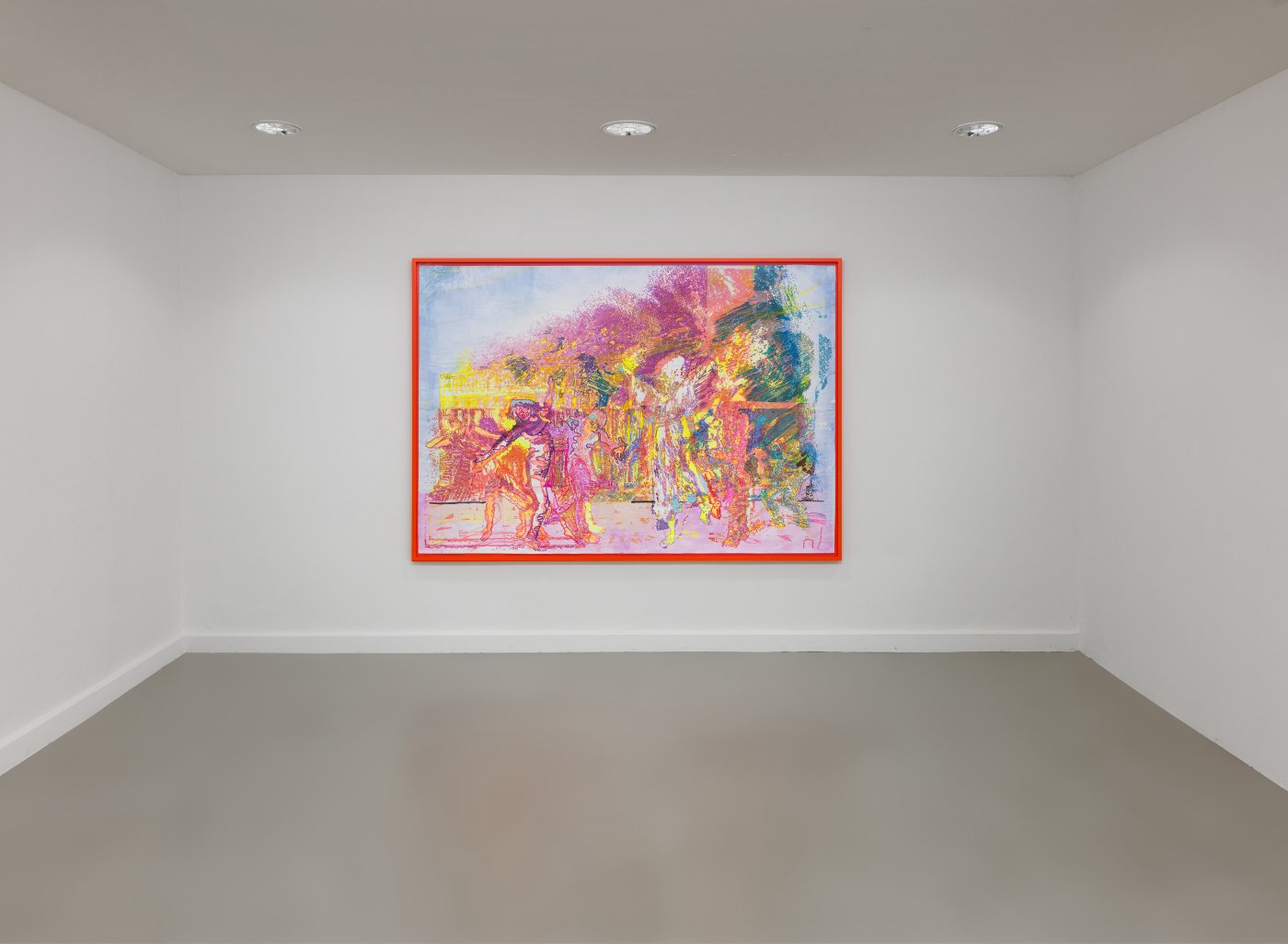 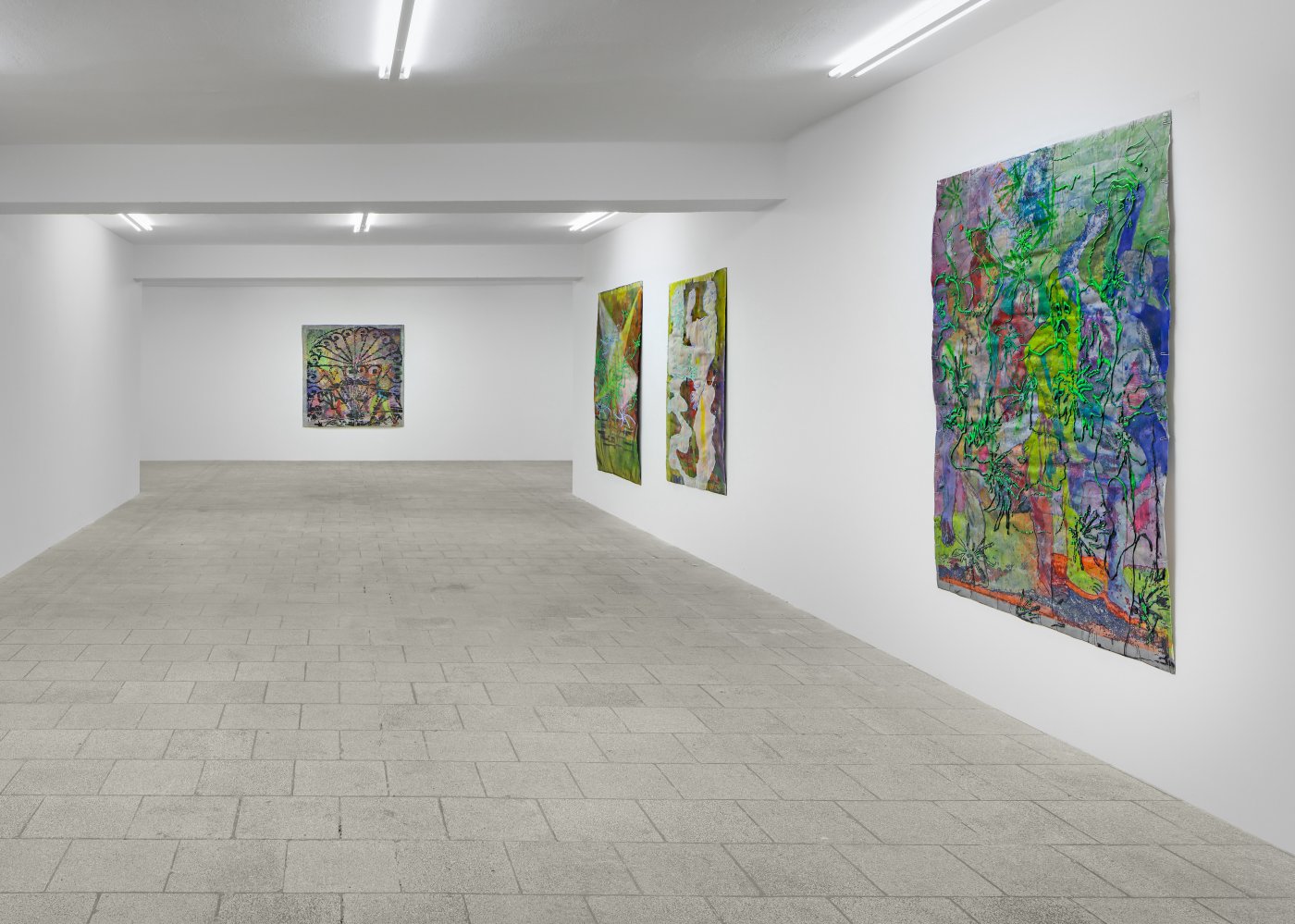 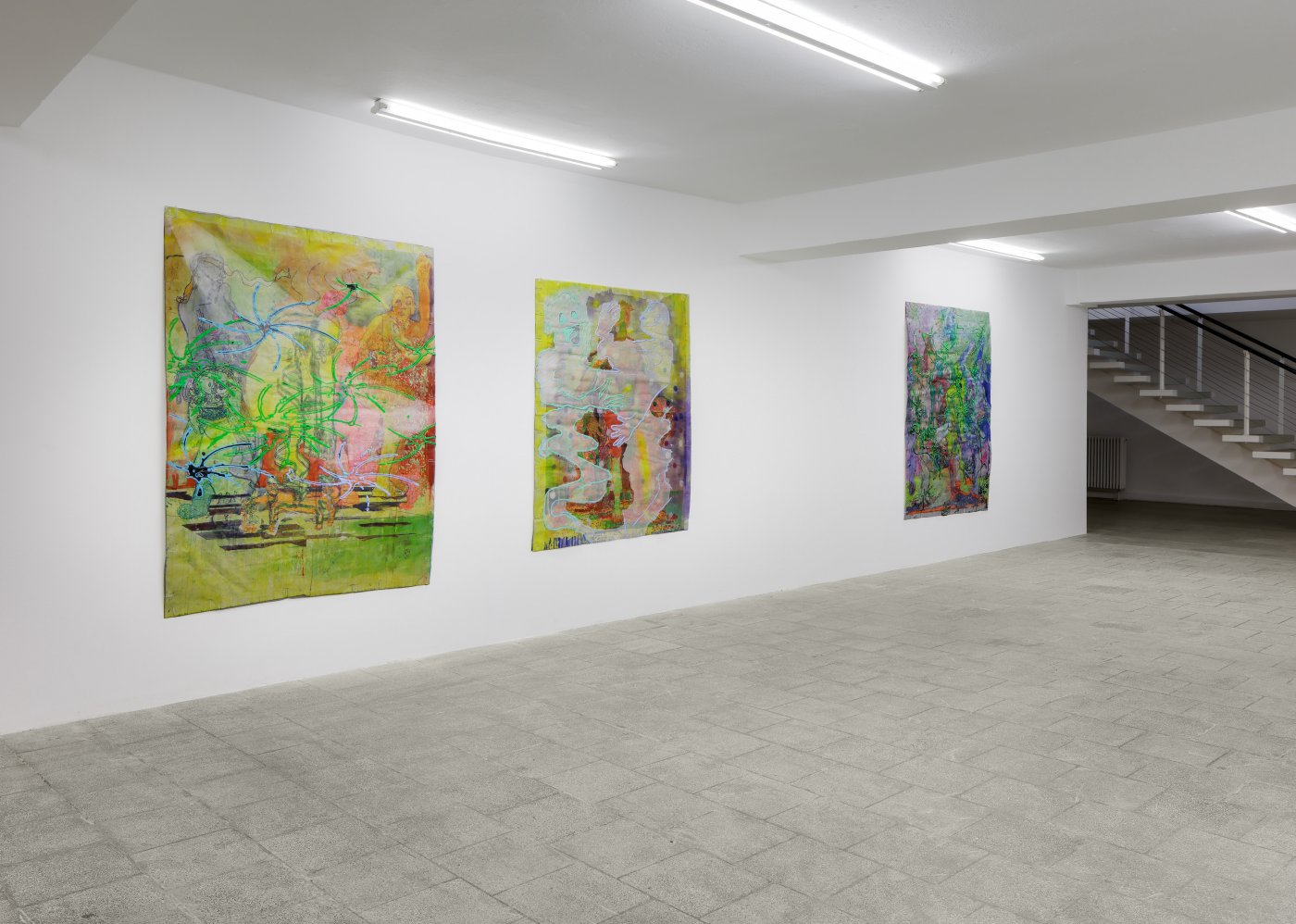 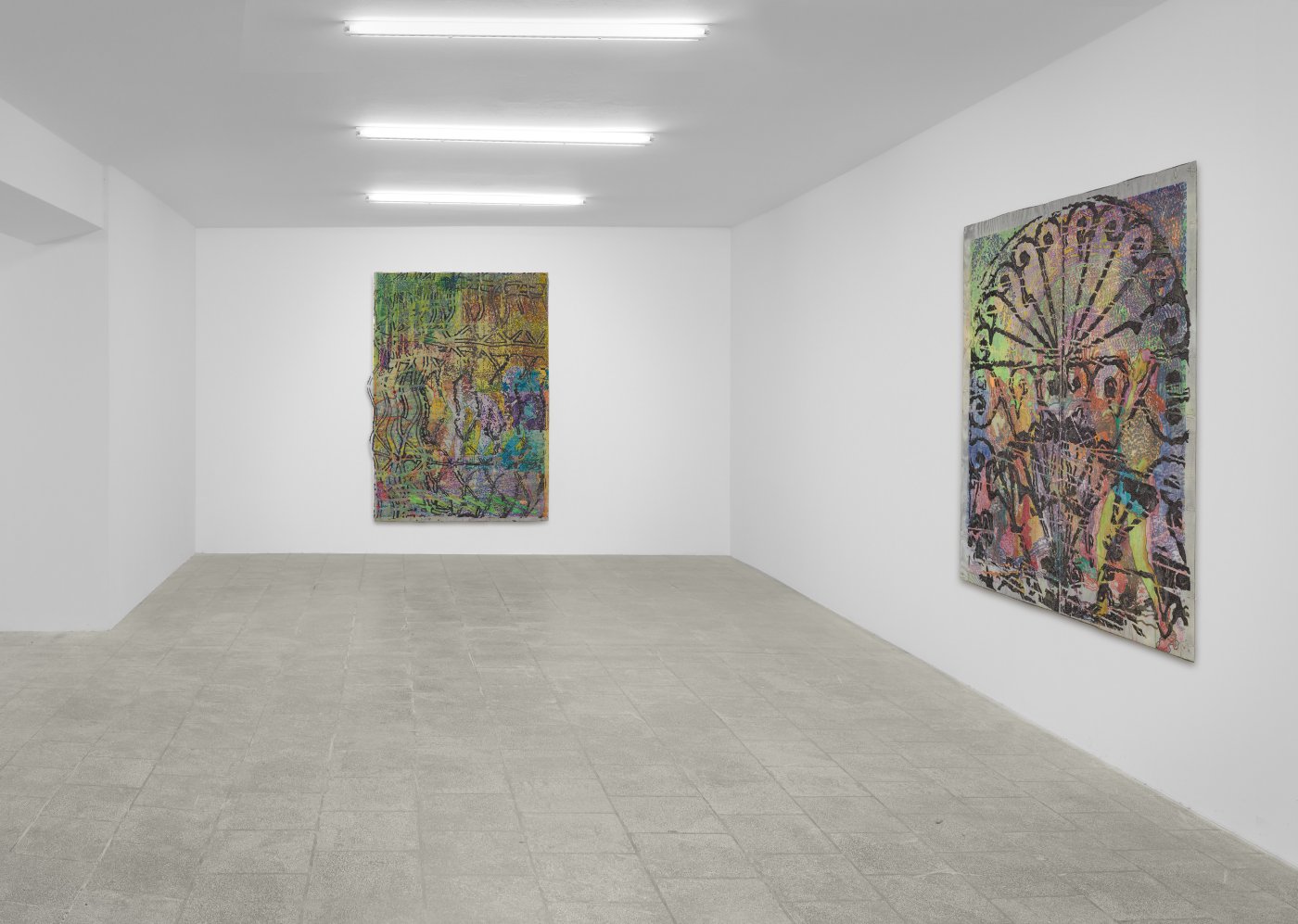 It’s all too much, really. There are credit cards to pay down, rent to cough up—never mind the wildfires and the mass shootings. A sense of pressure is building, impossible to contain but with nowhere to go. What do you do when it feels like your world is ending?

You party. In Last Dance, Austin Martin White’s first solo exhibition at Capitan Petzel, radiant large-scale paintings and drawings depict euphoria at the end of history. White’s lush compositions cull from images of cataclysms past: European ethnographies of Indigenous war dances, colonial illustrations of Junkanoo performers in Jamaica, Detroit techno during white flight and urban neglect. White transfigures these visual fragments of racialized fantasy and violence through a distinct process, one that layers mechanical compression and the manual abundance of extruded relief painting. Amid the successive crises of Western domination, White gives form to the slippages that exceed regimes of control.

Pressure and release are constitutive forces in Last Dance. These works begin as digital underdrawings that White constructs from colonial images, which he flattens into bare digital schematics. The resulting compositions are rendered on fabric fed through the barrels of a repurposed vinyl-cutting machine. A technology designed to slice away plastic is transformed into a drawing apparatus, its razor stylus swapped to hold pens and markers. Hypnotically complex, White’s works index the machine’s frantic, computerized path in clustered grooves that fray as the ballpoints dull and the markers tatter. These kaleidoscopic tableaux erode the rationalized stability of their European source images, undermining visual strategies meant to dehumanize Black and Indigenous civilizations into flattened stereotypes.

White’s paintings traffic in the deliberate misuse of grids, the enduring and hyper-rational framework of traditional Western art. White applies a rubber-paint admixture to a mesh overlay from the reverse side, pushing the material through the latticed grid and onto the work’s surface. Breached by veins of polychrome paint, the mesh oozes with the material legacy of colonial extraction on rubber plantations in Brazil and Congo. Screens intended as barriers—to keep out bugs, nature, “wild” things—instead yield the pockmarks of a glowing moon or the figures in a nineteenth-century Sioux bear dance.

White repurposes colonial tools to imagine a liberatory present. Misappropriating a vinyl-cutter inverts its function, adding intricate pigment instead of cutting away plastic. Destabilizing the machine’s logic of production and efficiency, White nods to techno’s embrace of grinding metal against the death of Detroit’s car industry. For all the centuries of colonial attempts at annihilation, fugitive joy persists. Spaces to be ecstatic, to be together, to just be. To party like it’s 1999. This is not the first time the world has ended, and it likely won’t be the last.