Atelier Picasso at BASTIAN reimagines Picasso’s Cannes studio as an immersive experience within the gallery, using a treasure trove of objects including furniture, sculptures, ceramics, drawings and prints. Throughout his life Picasso was a prolific image-maker, experimenting and excelling in every medium with which he worked. This extraordinary installation-style exhibition brings to life the huge variety of Picasso’s oeuvre. 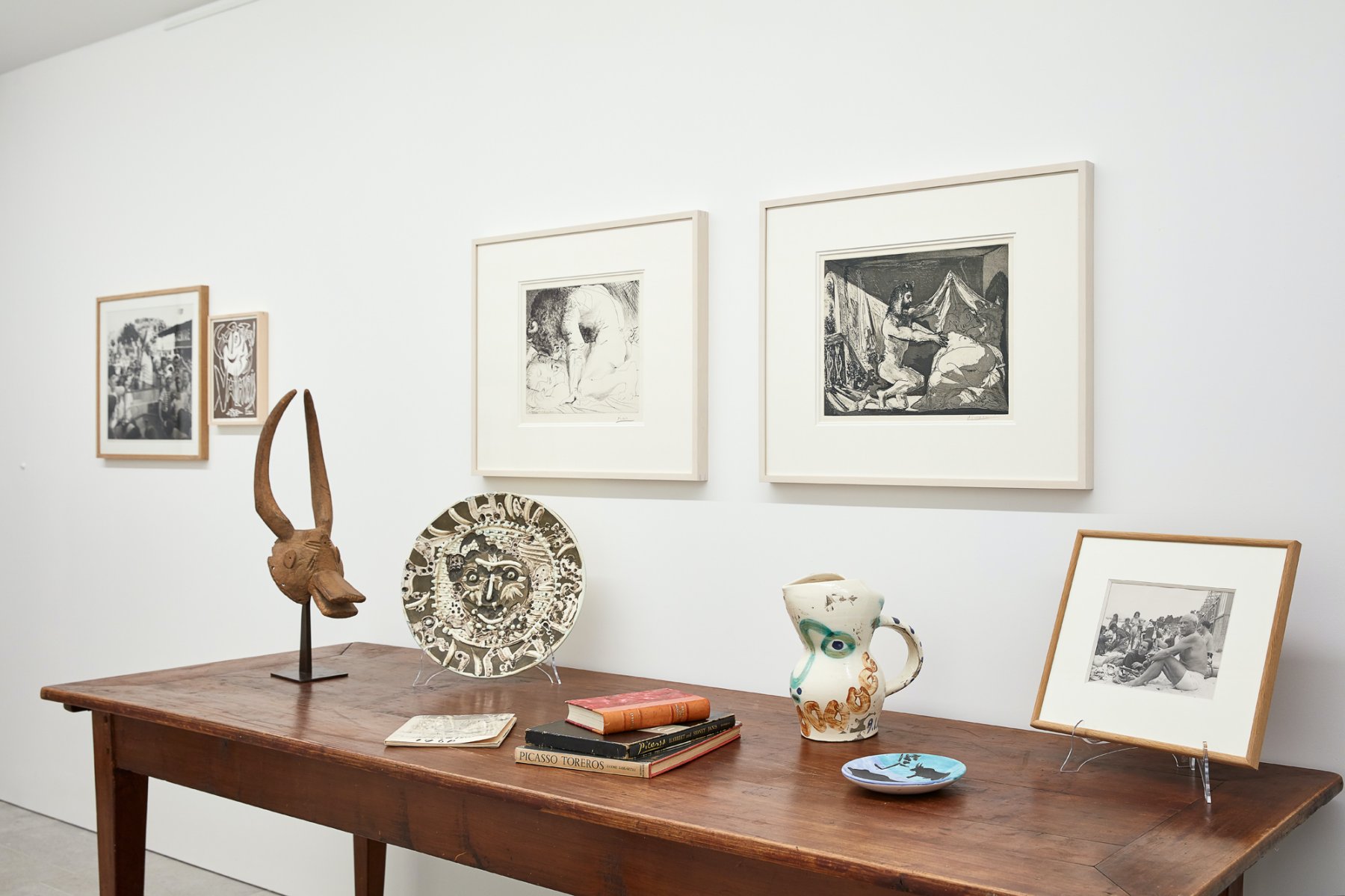 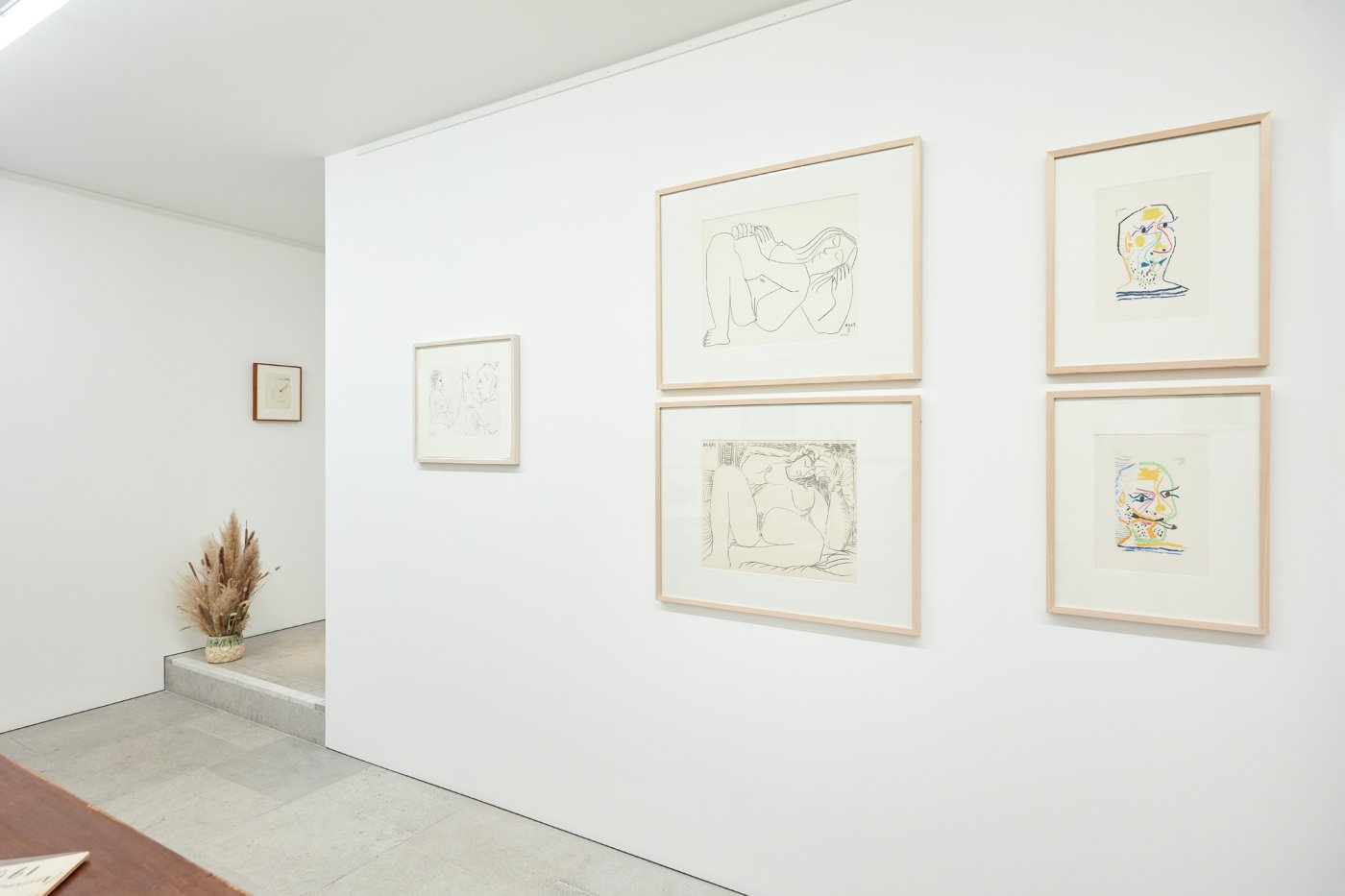 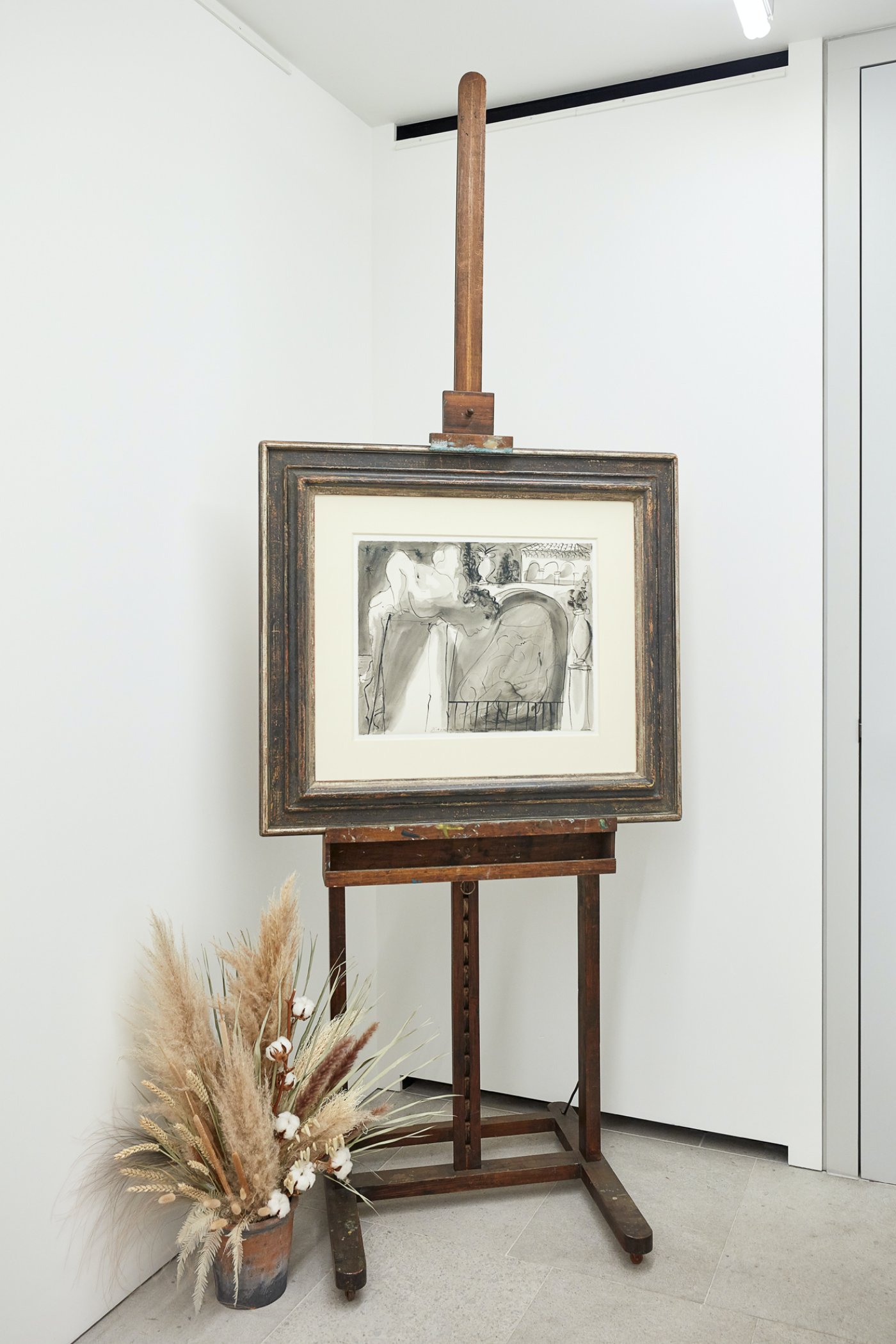 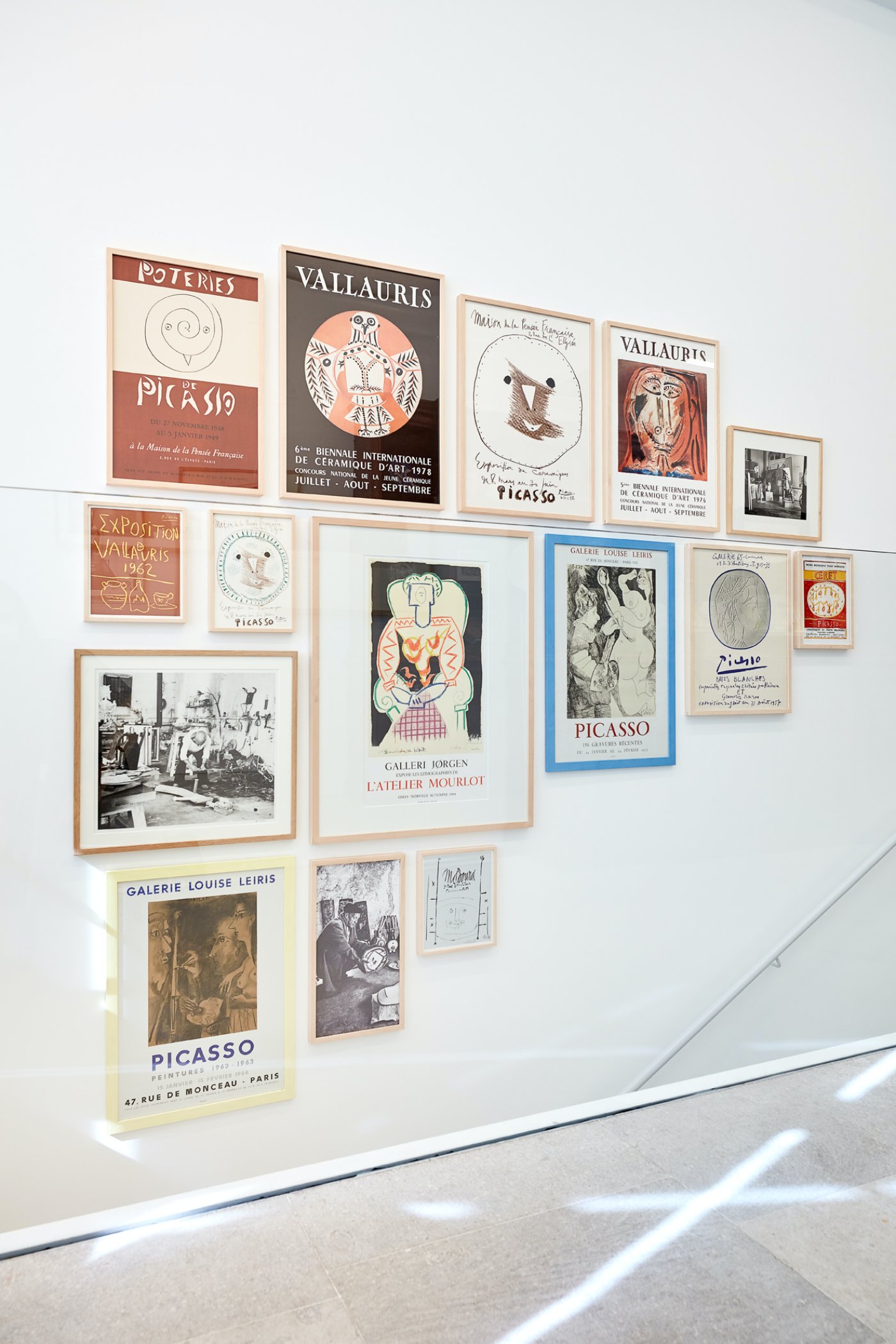 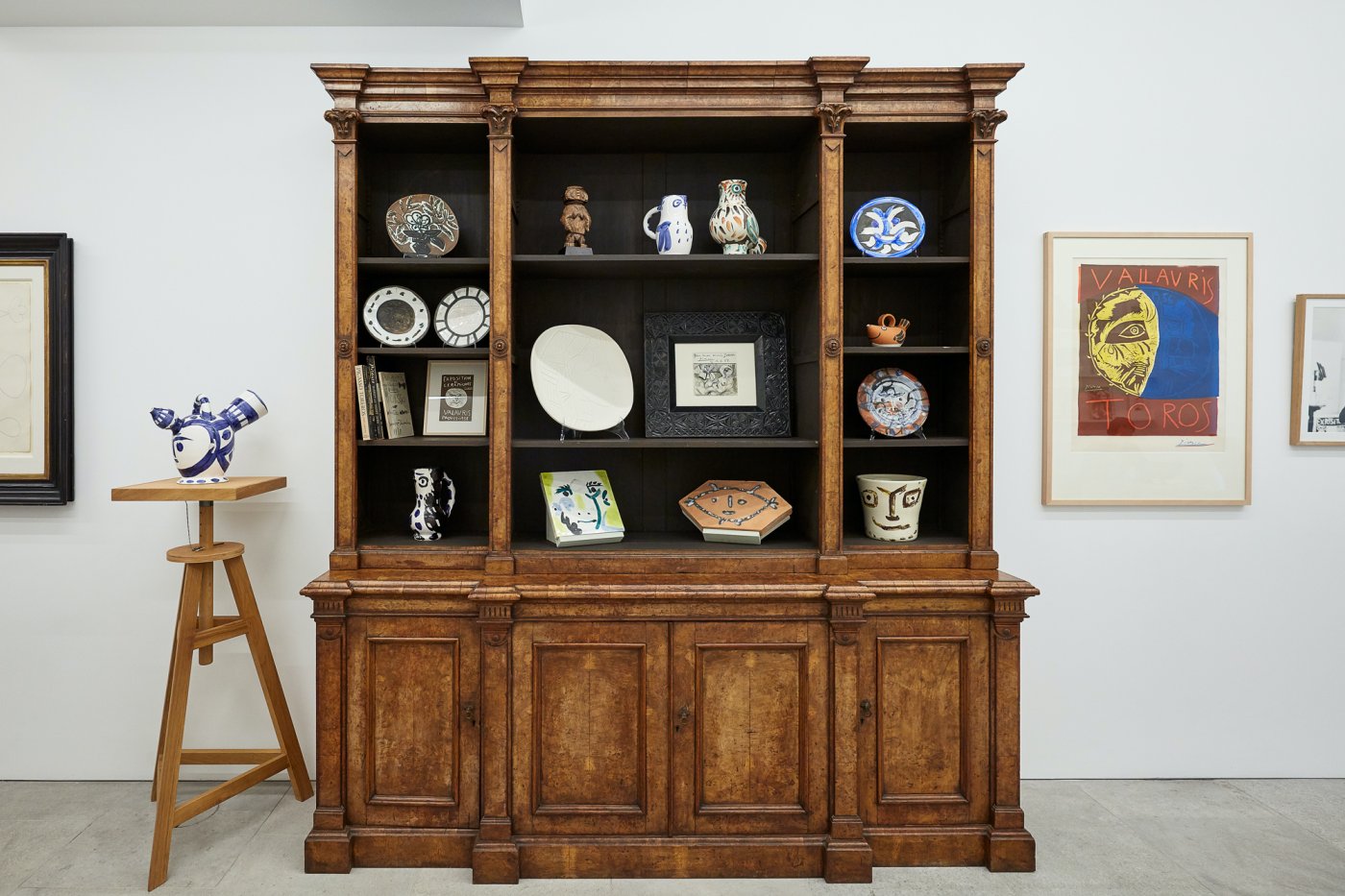 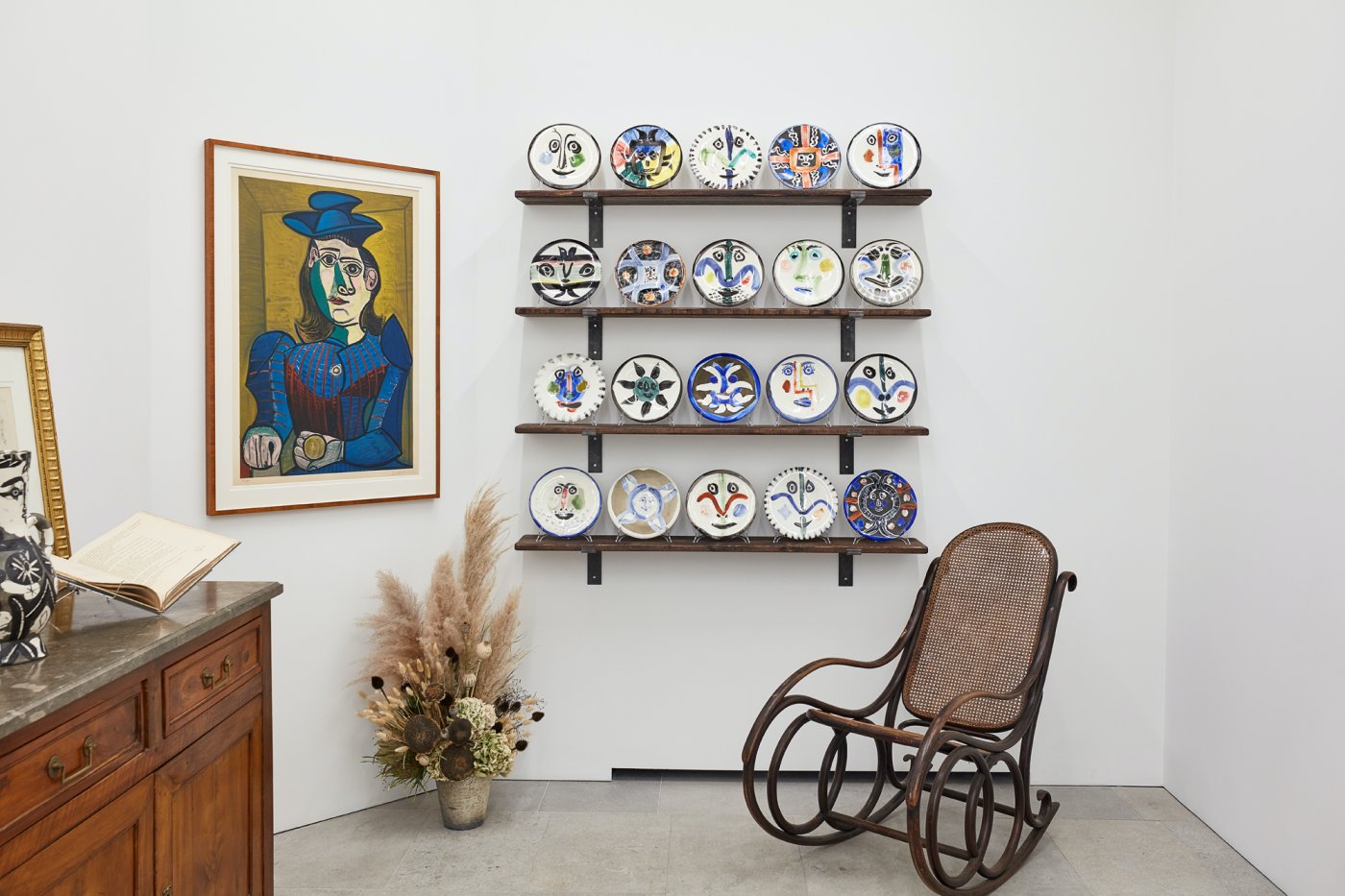 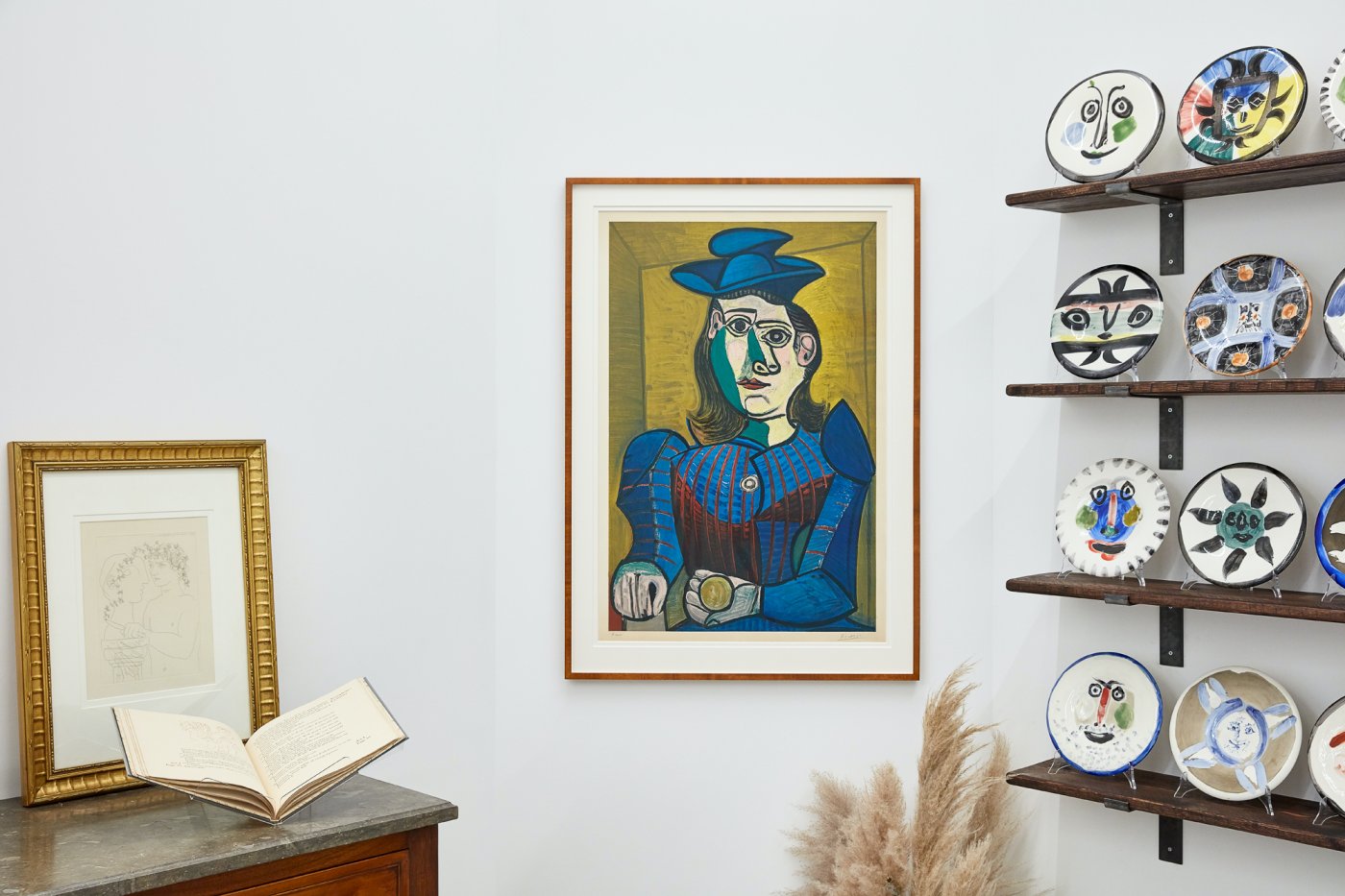 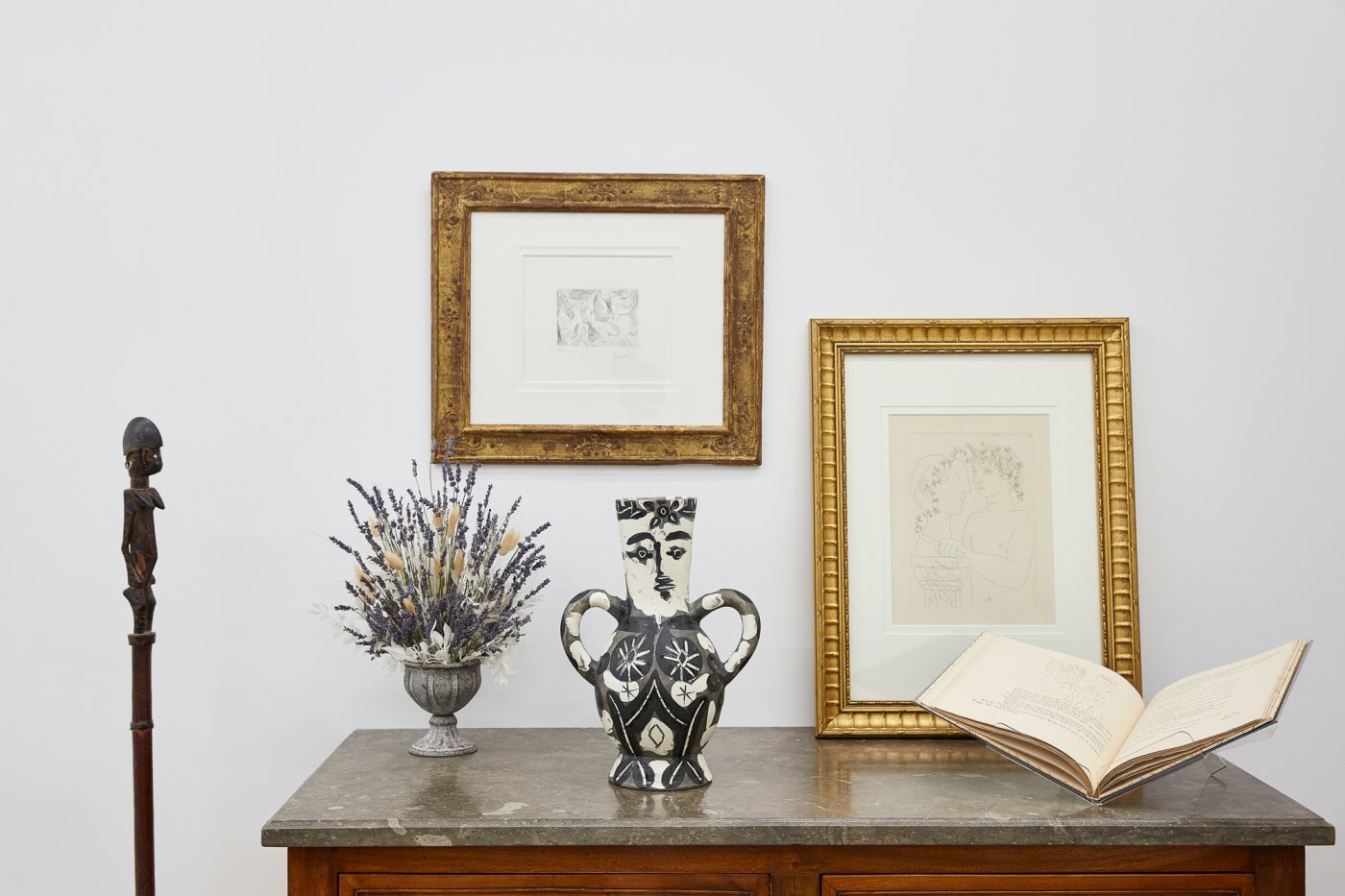 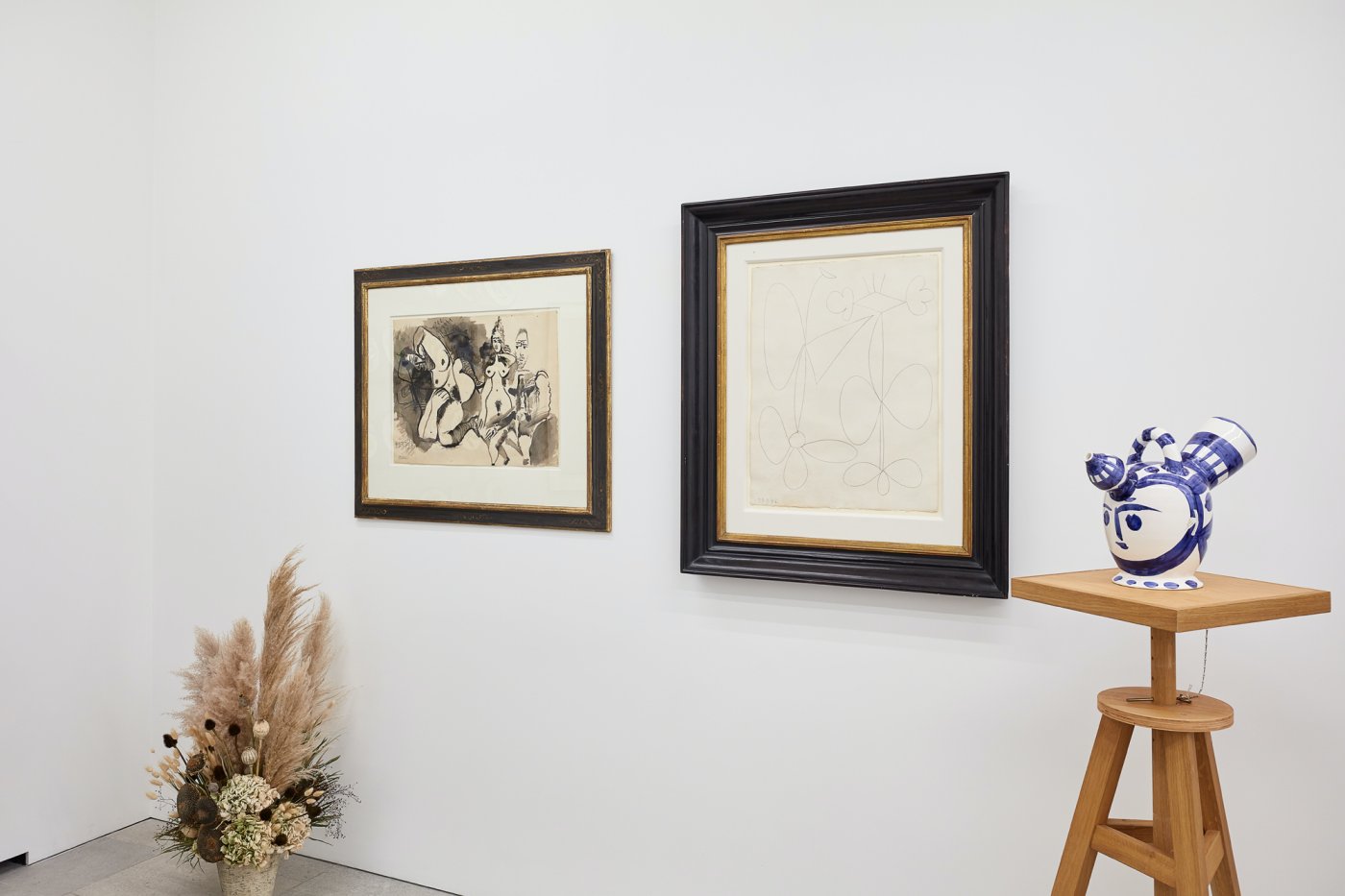 Picasso moved to the South of France, after the Second World War, in 1946; despite an already remarkable career he was determined to keep experimenting and longed to escape war-torn Paris. A hoarder, Picasso piled the surfaces and floors of his studio with source material and original works as seen in this BASTIAN exhibition. Included in Atelier Picasso are a number of photographs from André Villers, a close friend of Picasso since their first encounter in March 1953. At the time when Picasso immersed himself into working in clay and was producing an overwhelming body of ceramic works, Villers produced many portraits of the artist offering an unparalleled glimpse into his studio. Le salon de la villa shows Picasso’s studio within his famed Villa La Californie where the frenetic atmosphere is apparent. Picasso took ordinary vases and plates and transformed thousands of them, twisting some into birds and zoomorphic shapes and painting others – these can be seen across his workspaces and in the exhibition.

Picasso’s well-documented love of birds is evident in a number of his ceramic works. Wood Owl (1969), a truly captivating ceramic owl, is substantiated by a fierce gaze sent from its piercing black eyes. With a bright colour palette, this stunning work allows Picasso’s artistic handling to shine through. Picasso’s three-dimensional ceramics mainly refer to the animalistic genre. Picasso’s expertise gave ceramics a new existence taking simple objects of everyday life, transforming them through nature into the resulting object d’arts.

While animals are a huge part of his ‘ceramic-sculptures’, Picasso’s ceramics are also frequently decorated with faces of women and men, some with more figurative scenes. Carreau Visage d’Homme, 1965, is a beautiful example of this with varying levels of reality and abstraction present in the male face plaques. The curly-haired young man Picasso has depicted is one of the capably active, virile men who began to appear in droves among Picasso’s paintings and drawings from the spring of 1964. During certain periods they outnumbered his female subjects.

This glimpse into a recreation of his South of France studio shows that Picasso was not content to work with one medium alone, experimenting instead with a mixture of styles and expressions. Lithograph and linocut posters and books demonstrate the artist’s quirky line work and playful colouration which enticed viewers. The details are often simple and whimsical, blocked white font contrasts with a rich background colour.

Picasso’s works crown the collections of every major art gallery and his importance to generations of artists and cultural theorists is unprecedented. This studio recreation in Mayfair offers a rarely seen exploration into the ingenious mind of one of the greatest talents of the 20th century.