Jack Bell Gallery presents an exhibition of new works by Asad Faulwell. This is the artist’s first solo show in the UK. 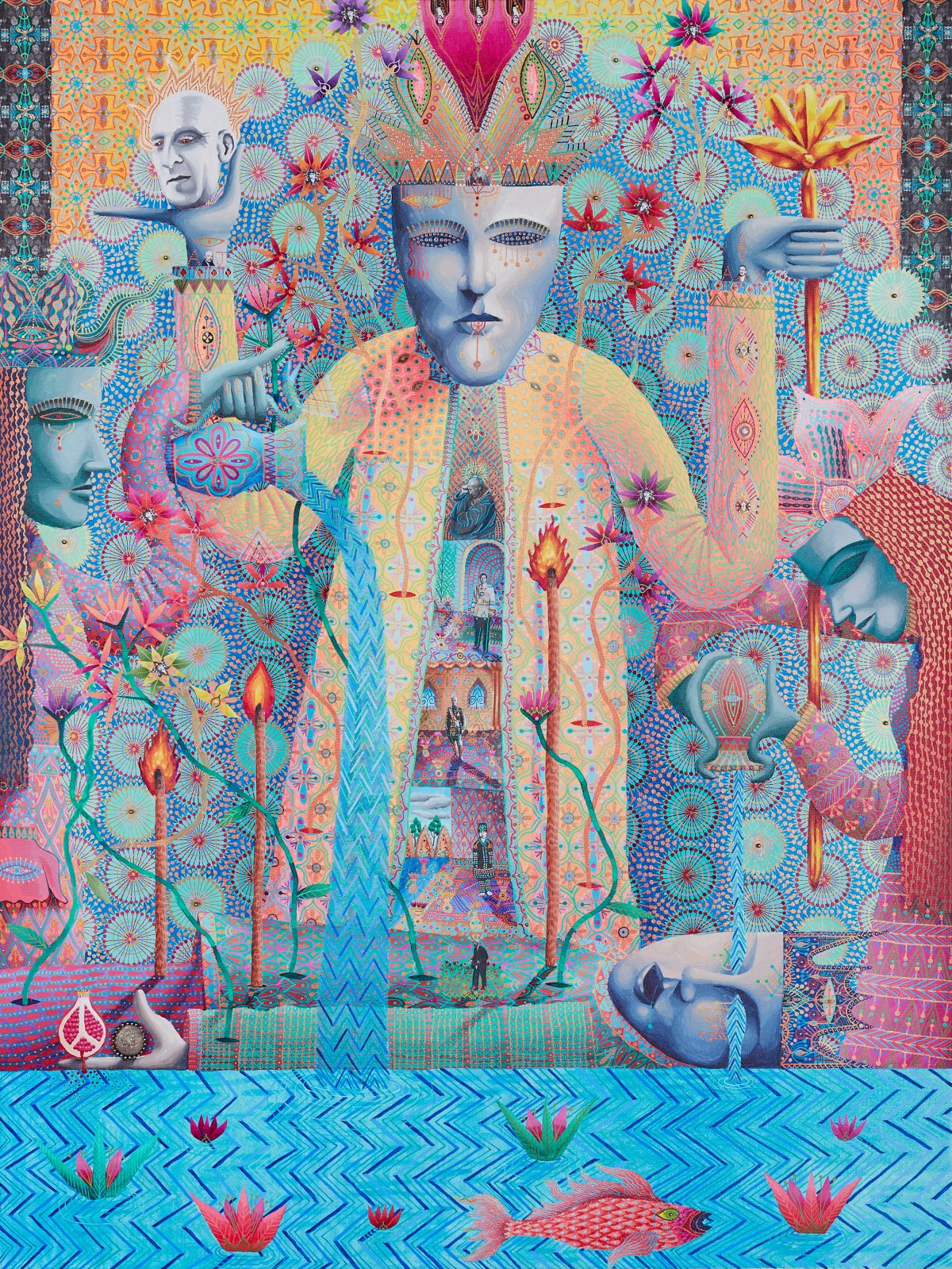 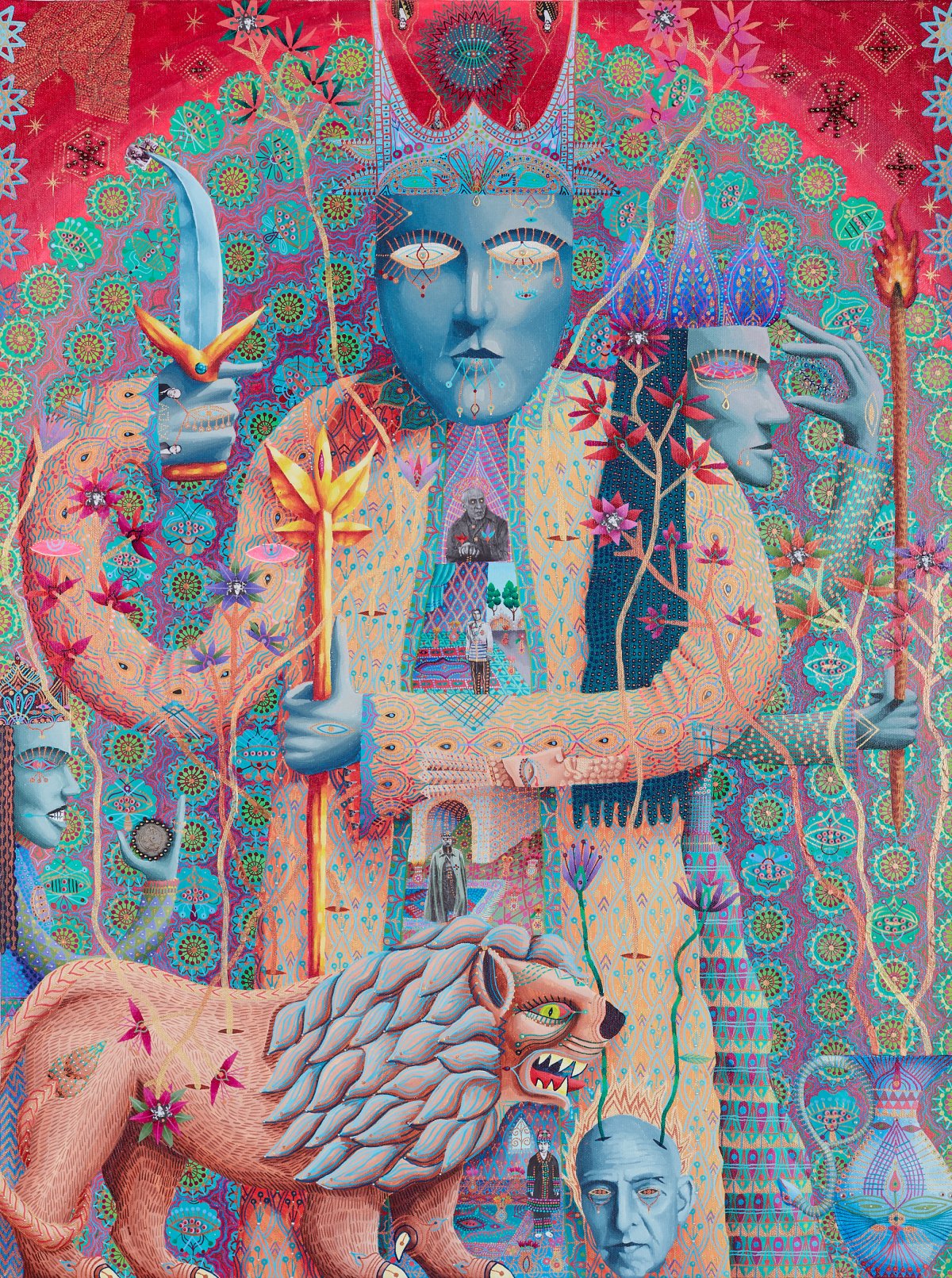 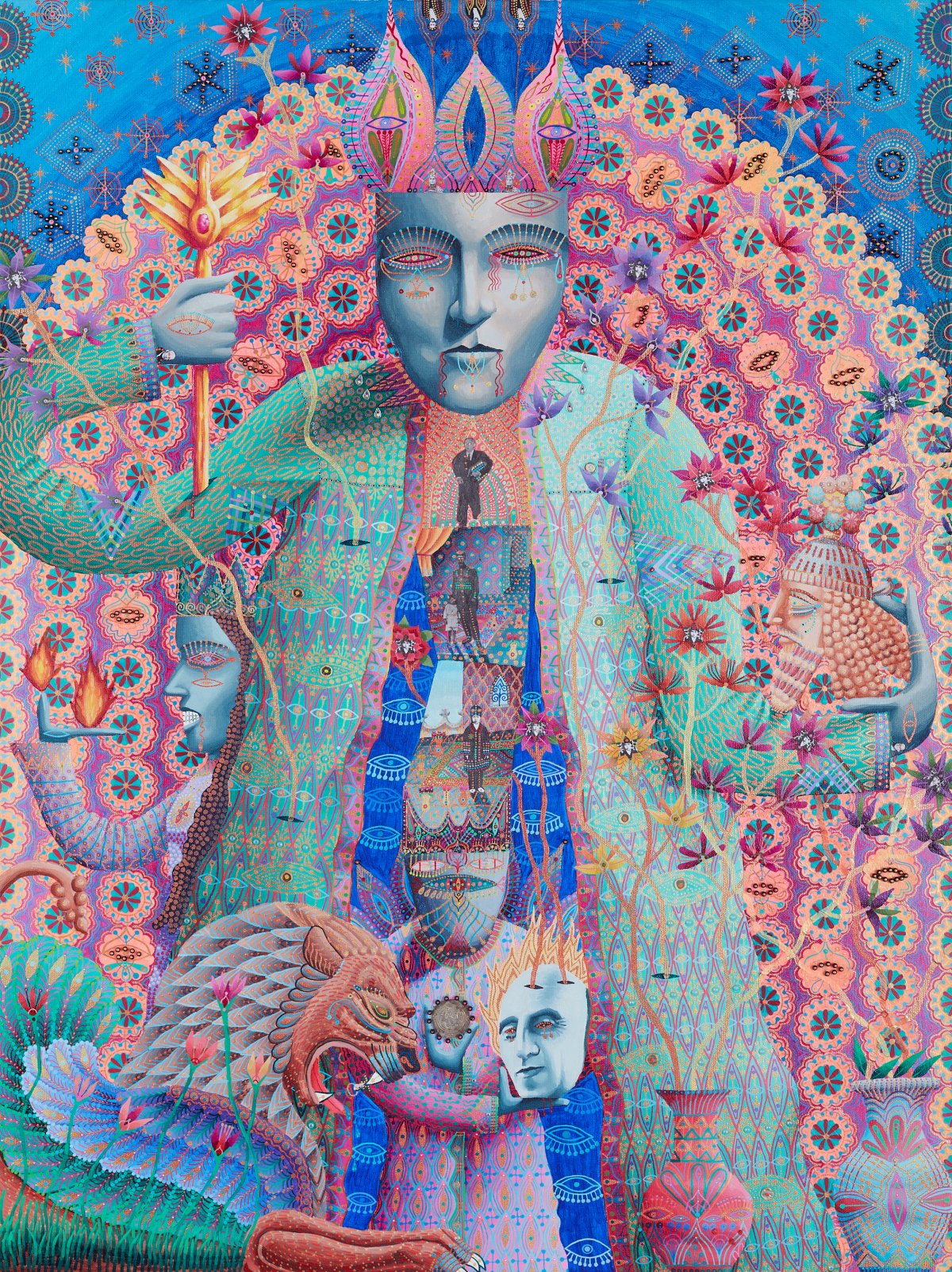 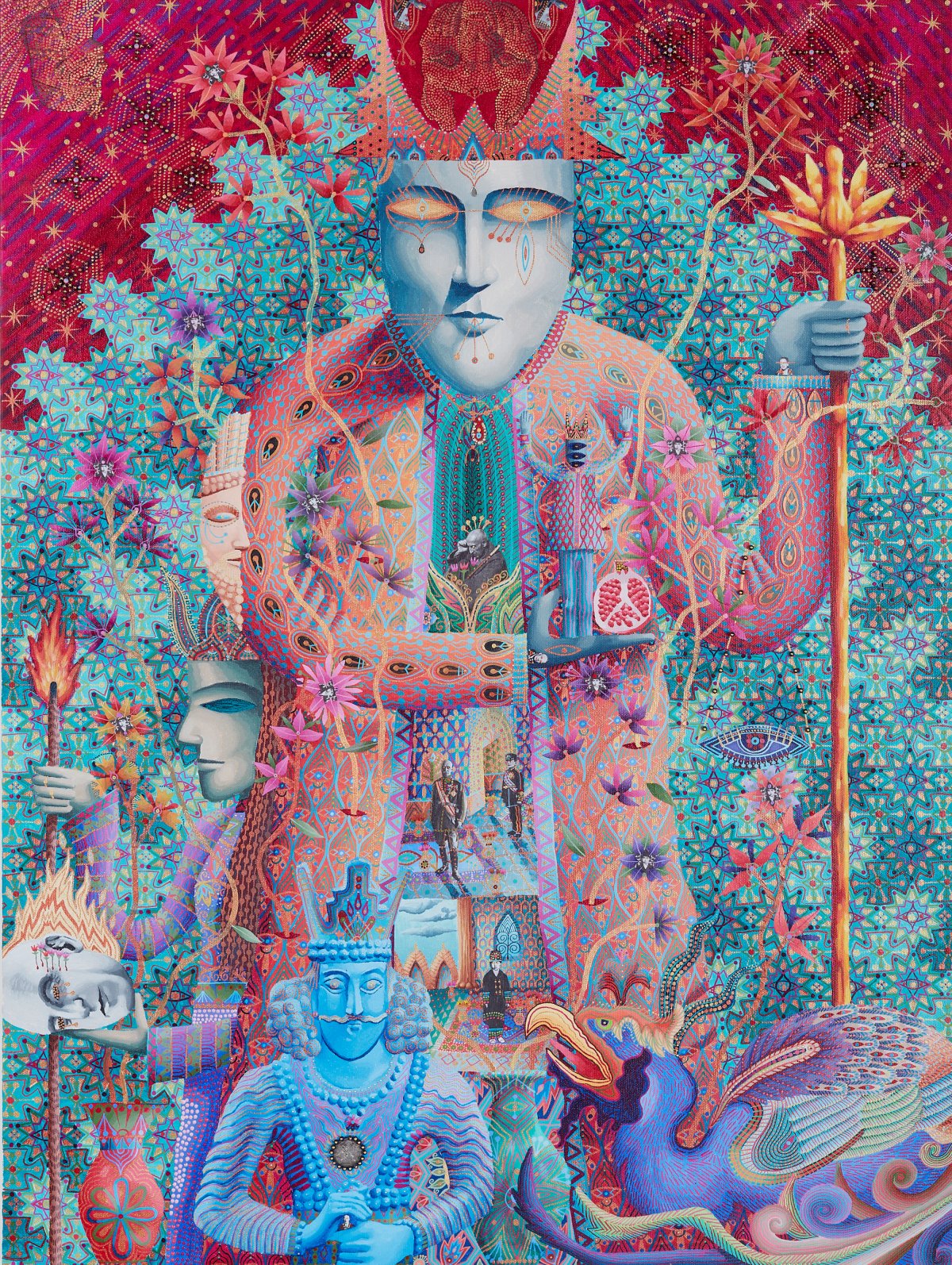 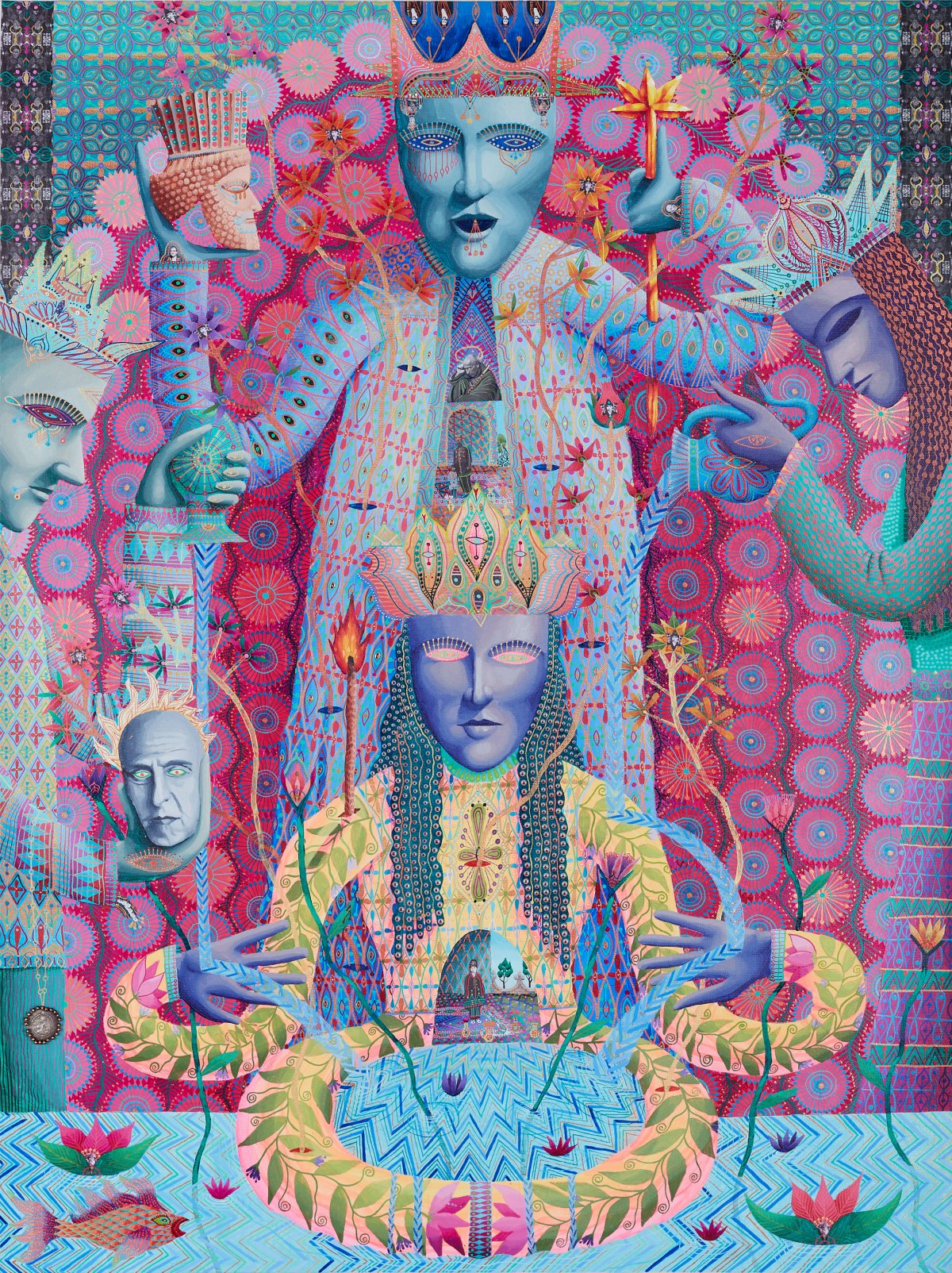 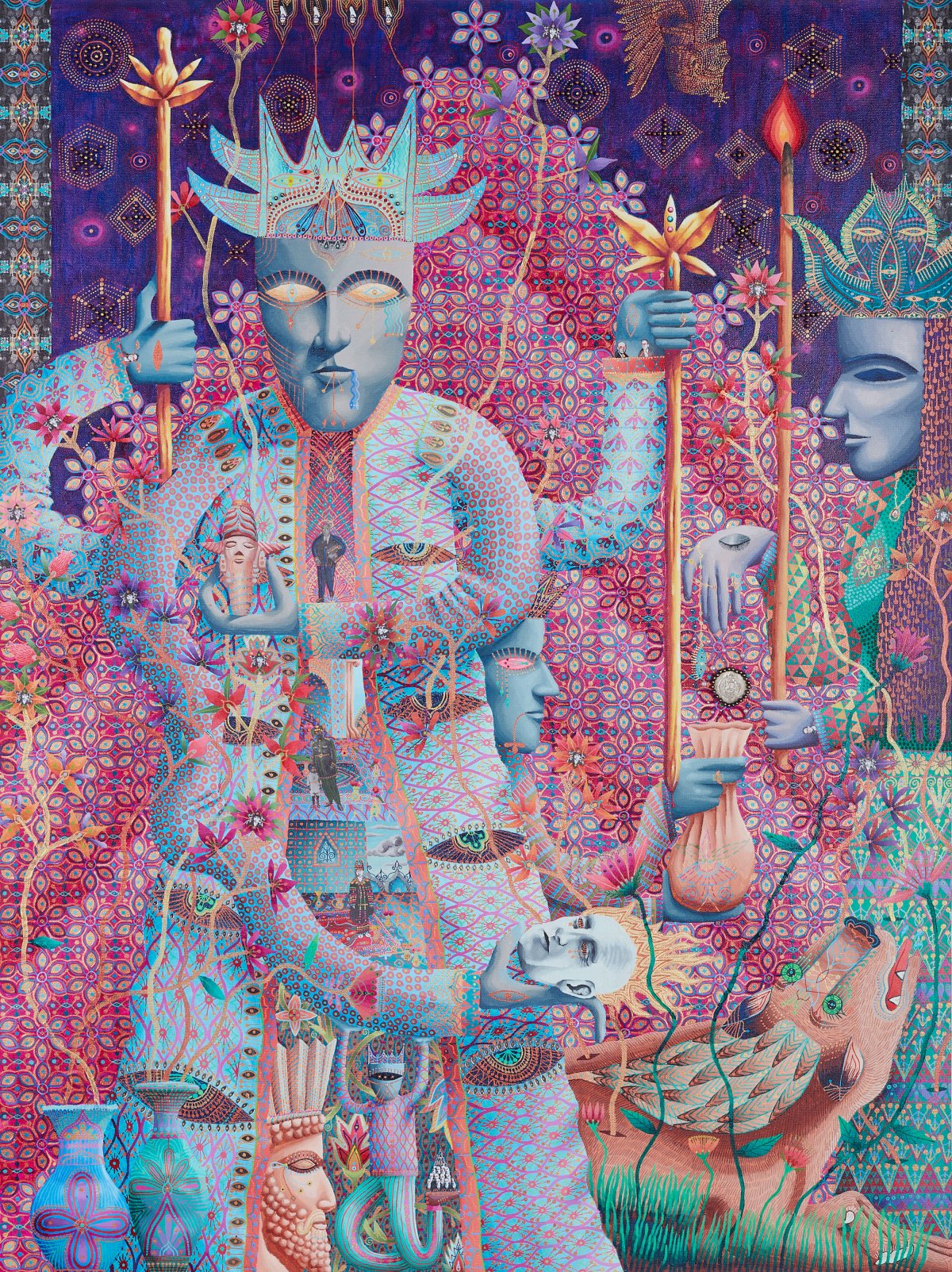 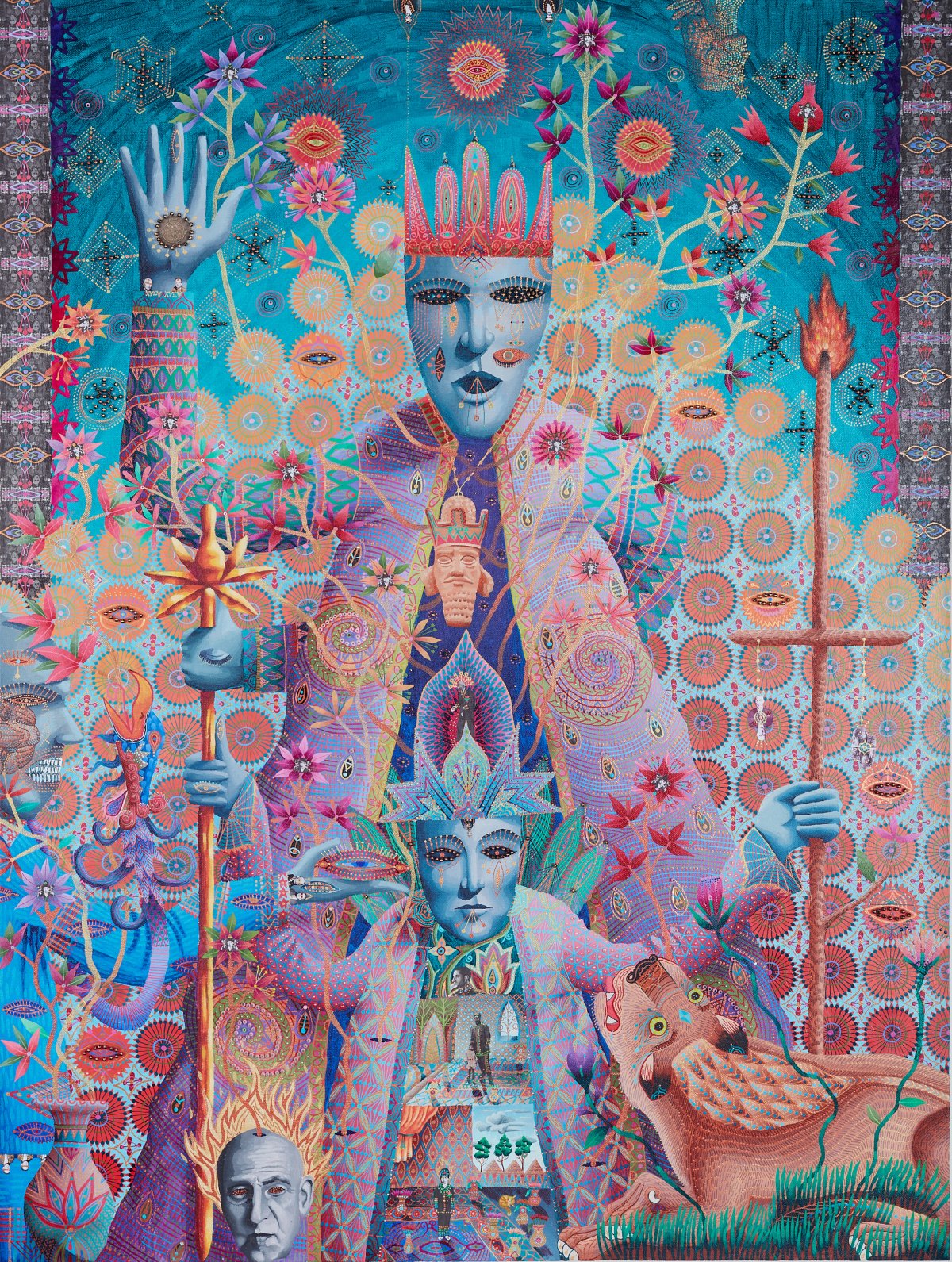 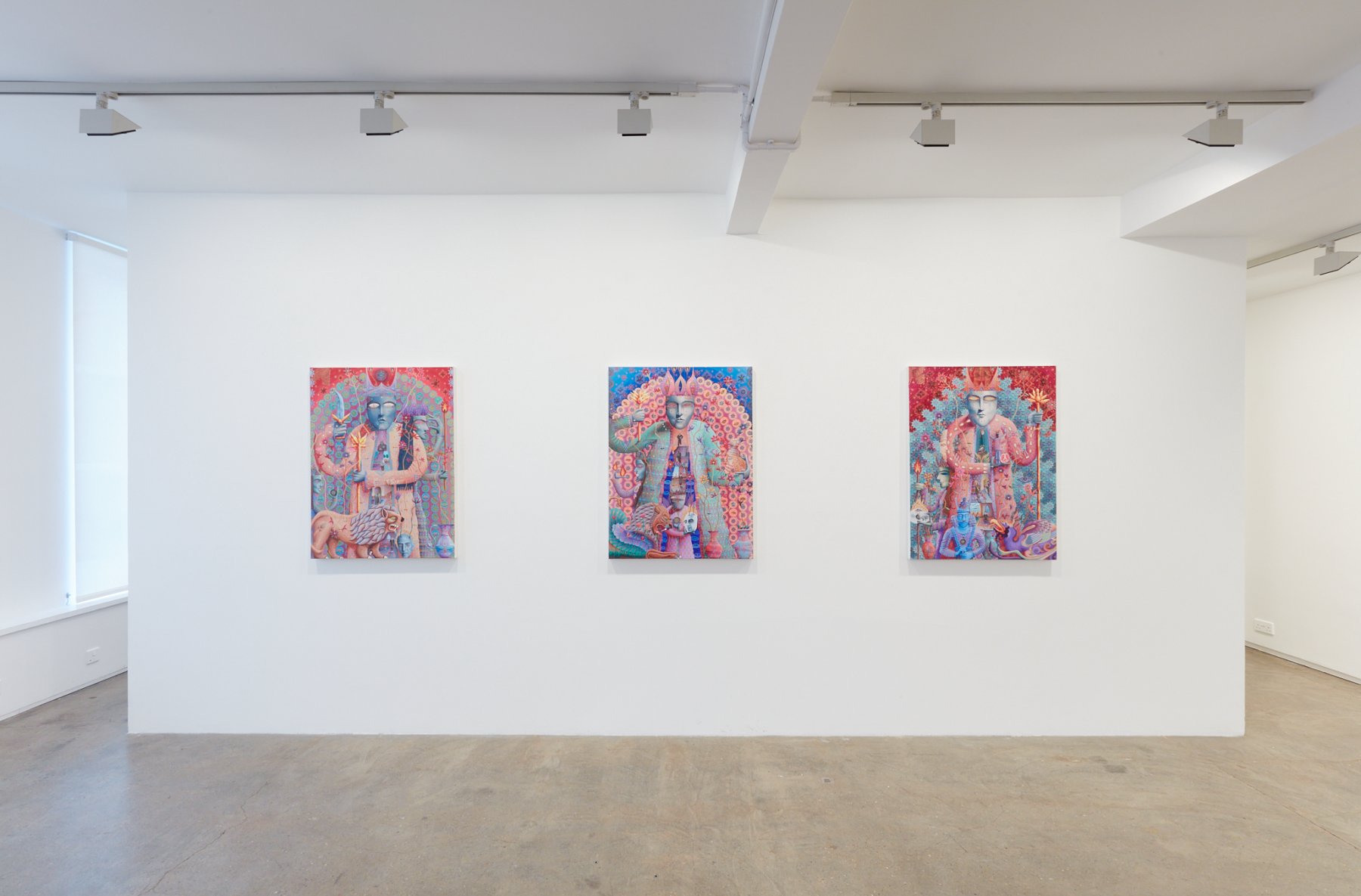 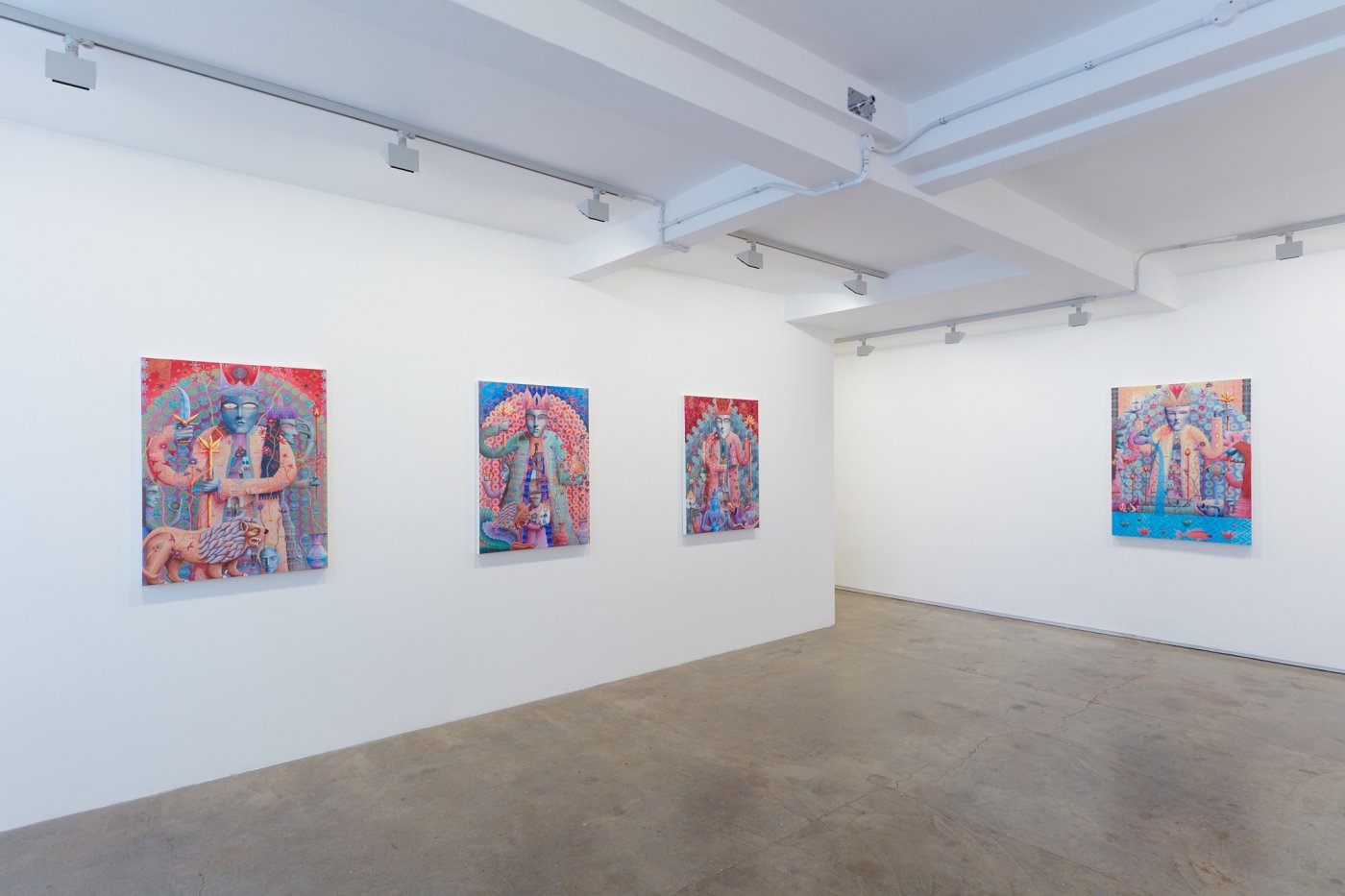 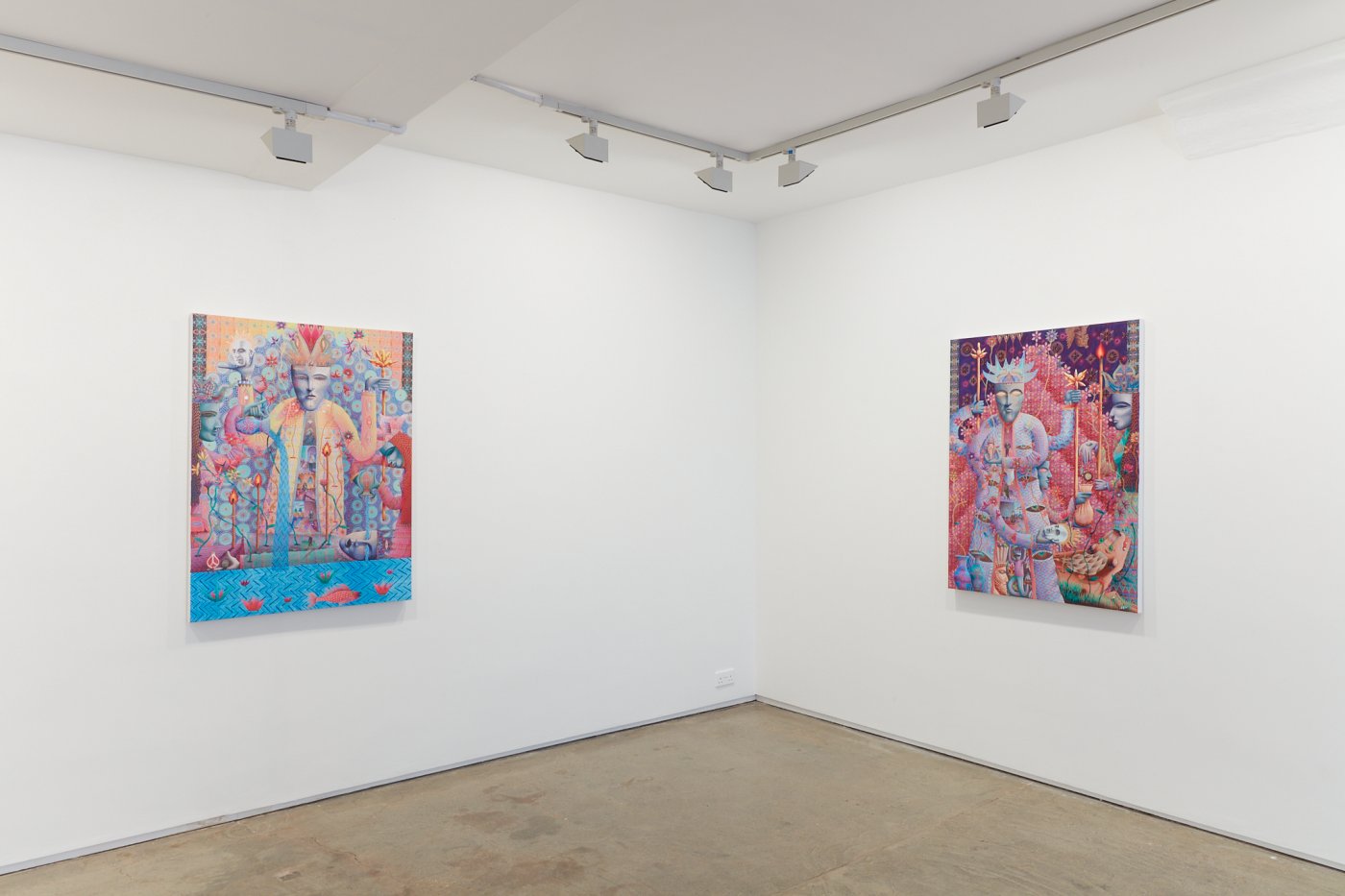 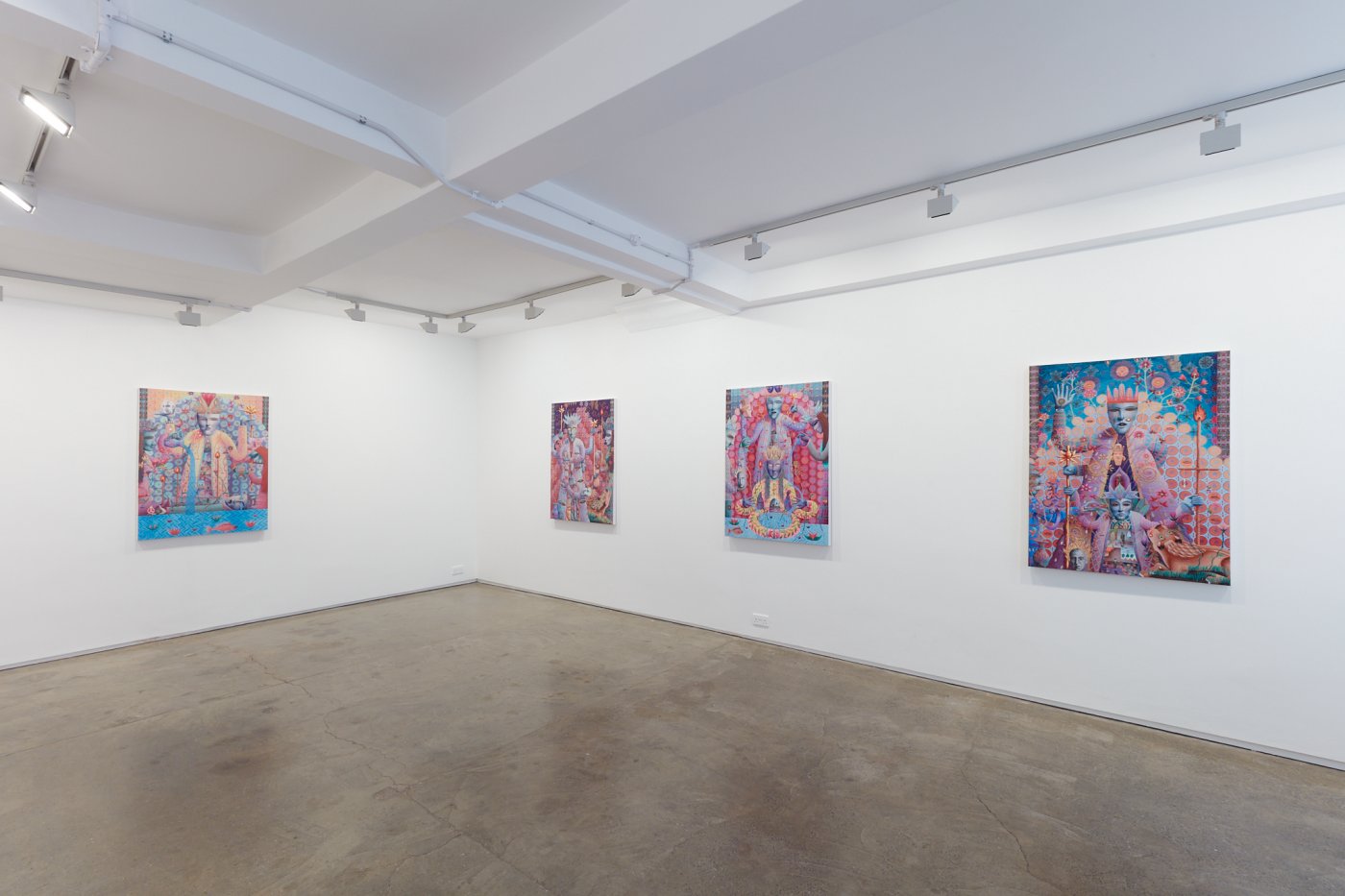 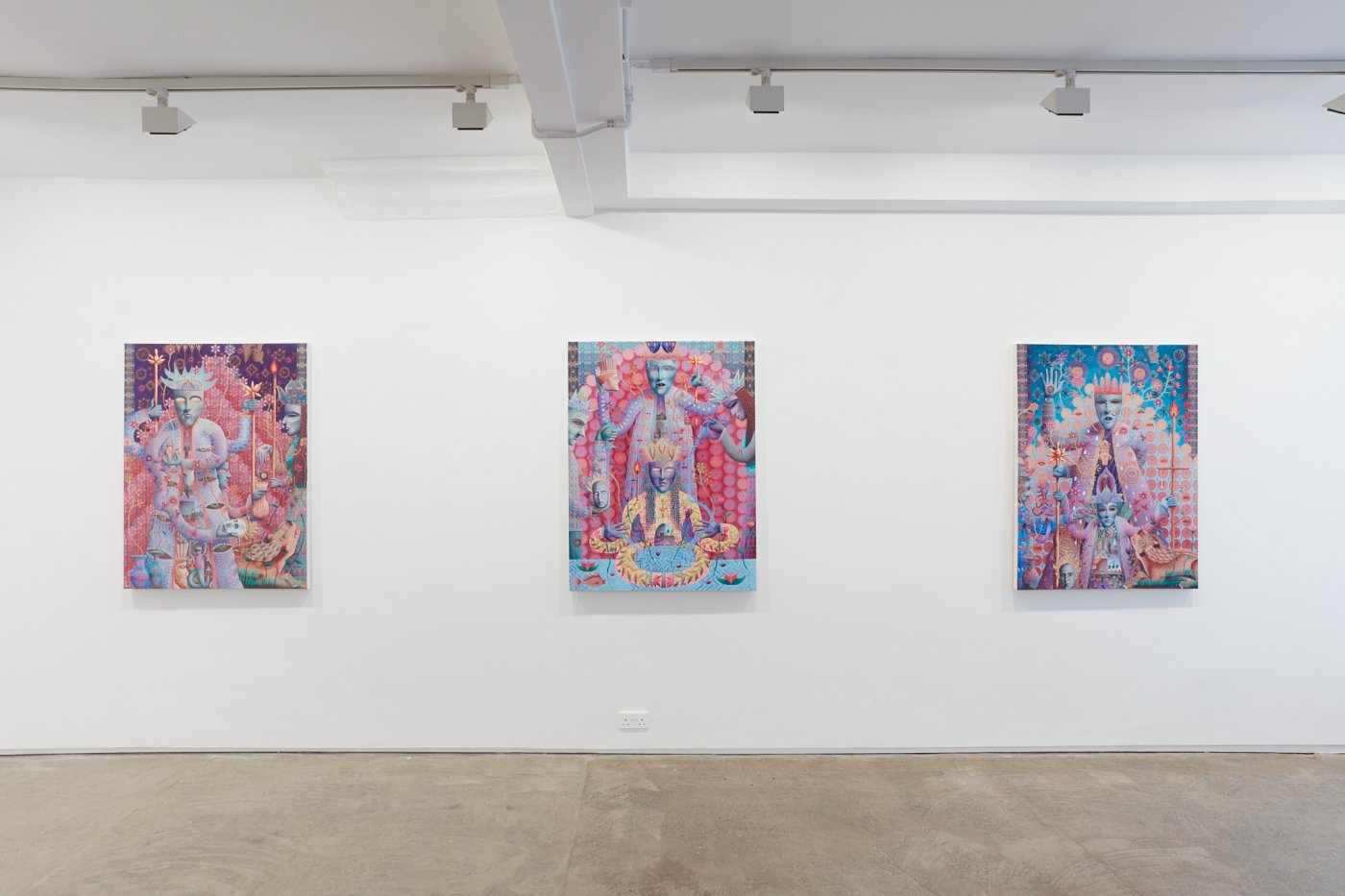 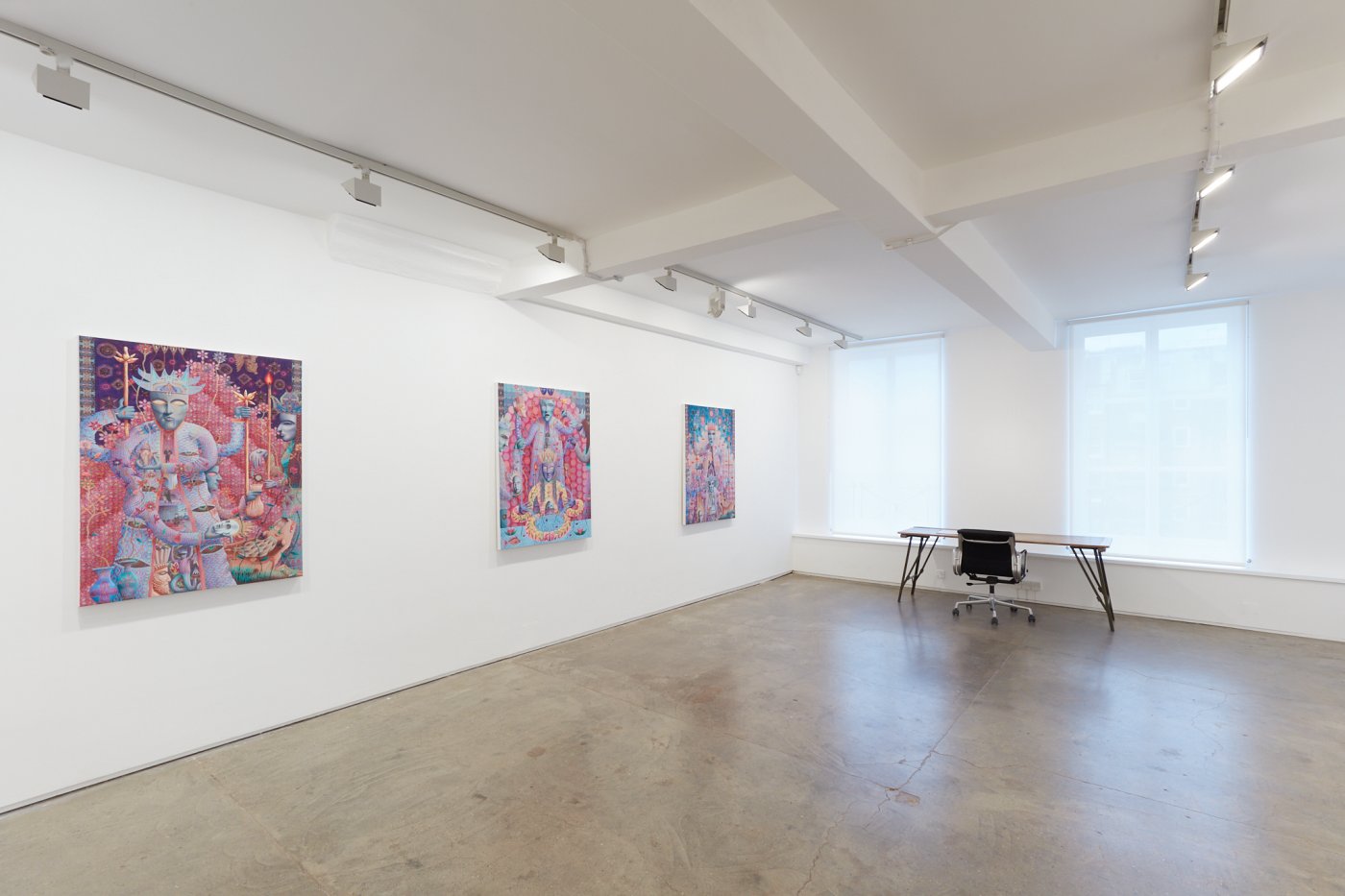 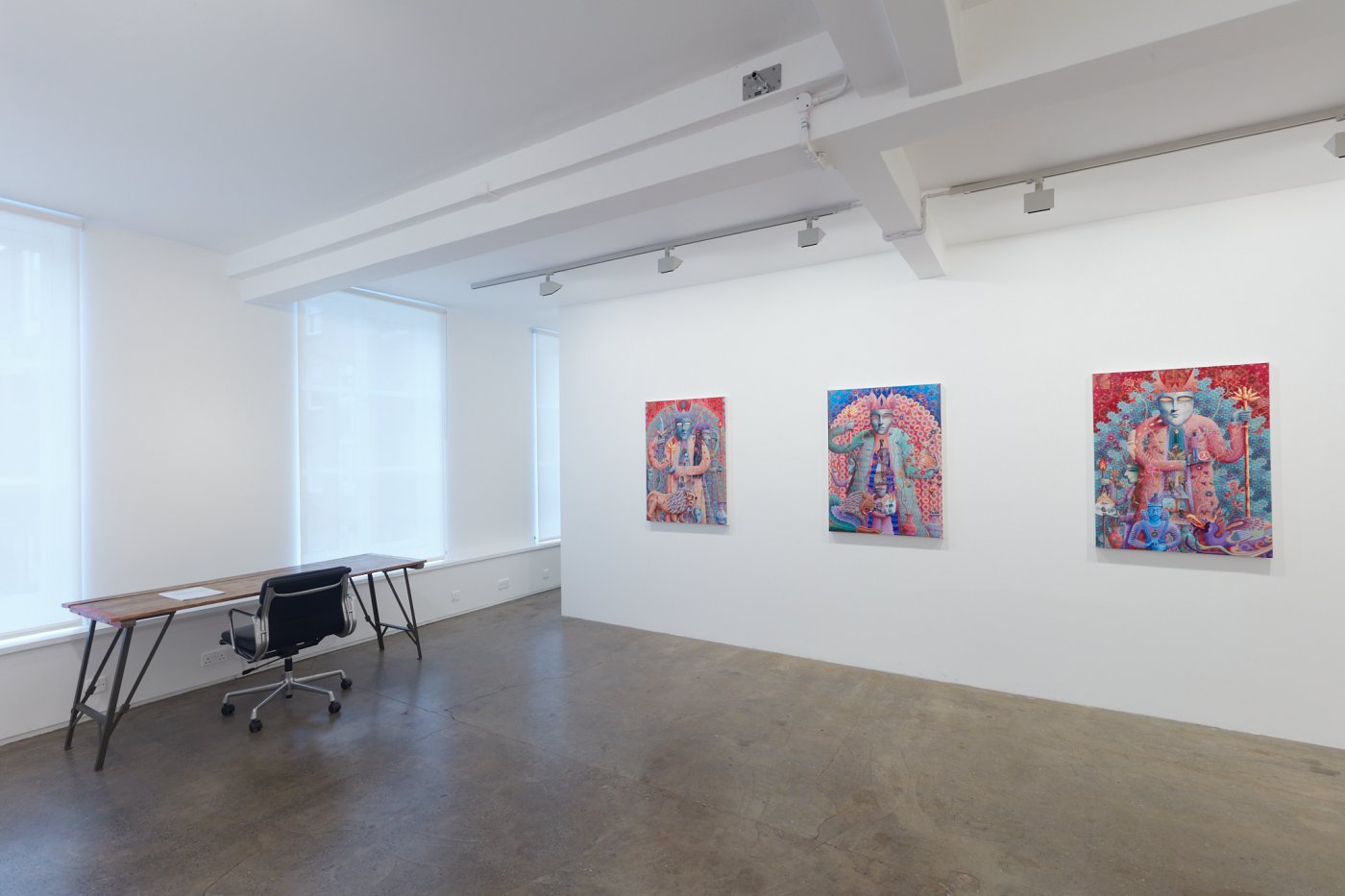 This work deals with the formation of cultural identity and mythology over time and how this mythology is used to create power. The main figures in the paintings are loosely based on Iranian historical archetypes of kings, queens and magi. They are masked, anonymous and often hollow. Serving less as living beings, the portraits act more as architecture to prop up a narrative of identity, nationality and power. These archetypal figures contain within them vignettes that relate to more specific ancient and recent historical events in Iran, specifically the constitutional revolution of 1951 and the CIA backed coup of 1953. In this way all modernity is tied up or embedded in the mythology of the past while simultaneously becoming part of that mythology. There is also an attempt to come to grips with my own familial history, broken and fractured by political upheaval, the very same political upheaval without which I would not exist.

Faulwell was born 1982 in Caldwell, Idaho, USA. His work has been included in exhibitions at LACMA, Los Angeles and the the Nelson Atkins Museum of Art, Kansas City. Acquisitions have been made by the Perez Art Museum Miami and the Rubell Family Collection.