Arturo Herrera: From This Day Forward

Arturo Herrera: From This Day Forward

‘Can I make something so clear ambiguous? Can I uproot it? In which way is the baggage that we bring to the new image relevant to the vivid recollections within our cultural context? I am attracted to juxtaposing invented images and readymade images without establishing explicit relations between elements.’
— Arturo Herrera

Arturo Herrera’s fourth exhibition at Thomas Dane Gallery, From This Day Forward, brings together a body of work created as an homage to collage, approximately a hundred years on from the practice’s ostensible inception. Herrera continues his examination of modernist legacies and visual culture with a group of new works alongside immersive wall painting and bookmaking. 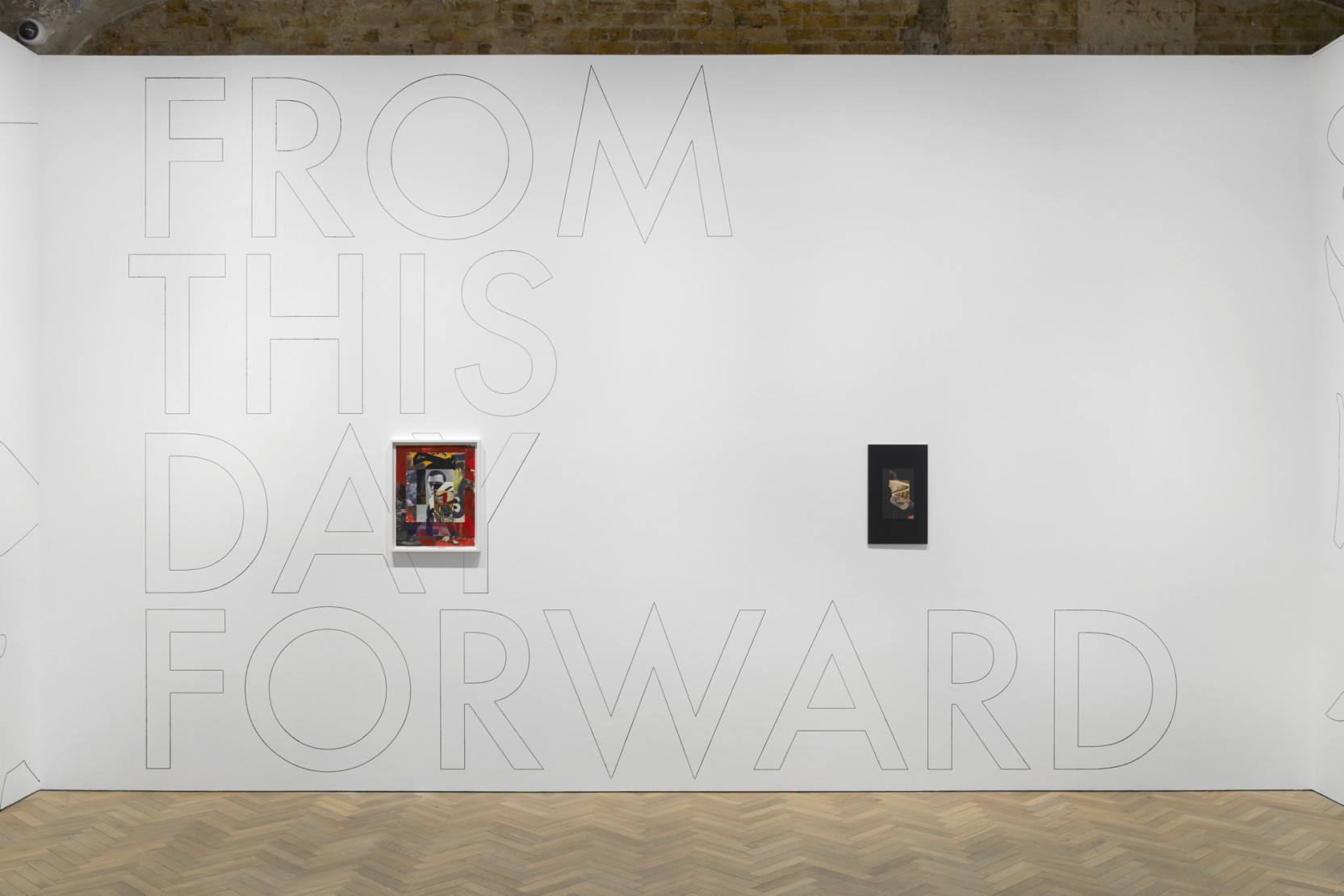 Throughout his career collage has always enabled Herrera to layer and compose raw material and fragments as though mirroring his own passion for music and musicality, allowing works to achieve real fluidity of form. Herrera draws particular attention to modernism, re-reading its vernacular interpretations and historical epochs particularly across South America, addressing the movement’s experiments and sensorial qualities.

While the exhibition is not created in reaction to the international events of last year, this body of work is underwritten by the lived constraints of isolation. This has permitted Herrera to work in an even more intimate fashion, considering his immediate surroundings for material close at hand such as found imagery and even former work, in turn creating an exhibition shaped by the realm of his studio practice. Herrera’s close attention to his environment compels a generative self-reflection. For instance, Herrera’s signature deconstruction becomes tautological, reiterated through printed posters from Arturo Herrera (2019), a solo exhibition at Corbett vs. Dempsey, Chicago, each overlaid with vibrant figurative strokes and numerous photographic fragments. The collages on display interrelate high and low culture, allowing for moments of legibility in references to Edvard Munch, Buster Keaton and Richard Prince. The identification of iconic imagery is complicated by the very non-linearity of collage, where the activity of contrasting, layering and obscuring creates an unstable, vivid and ambiguous image.

The oscillation between intimate and public scales and the overlay and interplay of media in Herrera’s work is exemplified by the exhibition form itself. The fine line wall painting that spans the gallery walls echoes elements from Herrera’s hand-made book – which gives its title to the exhibition – and is on display, available for gallery visitors to view. Several large-scale collages bear direct reference to the book’s making, and guide the unfurling logic of Herrera’s practice as it extends across various mediums: from hand-made book, to site-specific wall painting and discrete collage. Herrera’s expanded exchange between isolated document and immersive painting compels the reading of mediums — like the material of collaged images — as continuums, not readily divisible by category or content. From This Day Forward gestures toward the exhibition as founded on the premise of a practice: formal and conceptual correspondences among works merge juxtaposition and new configurations into a coherent non-linear dialogue.