Galeria Nara Roesler presents Asterismos (Asterisms), a presentation of Artur Lescher’s latest works and an iteration of a presentation at Mexico’s OMR Gallery. 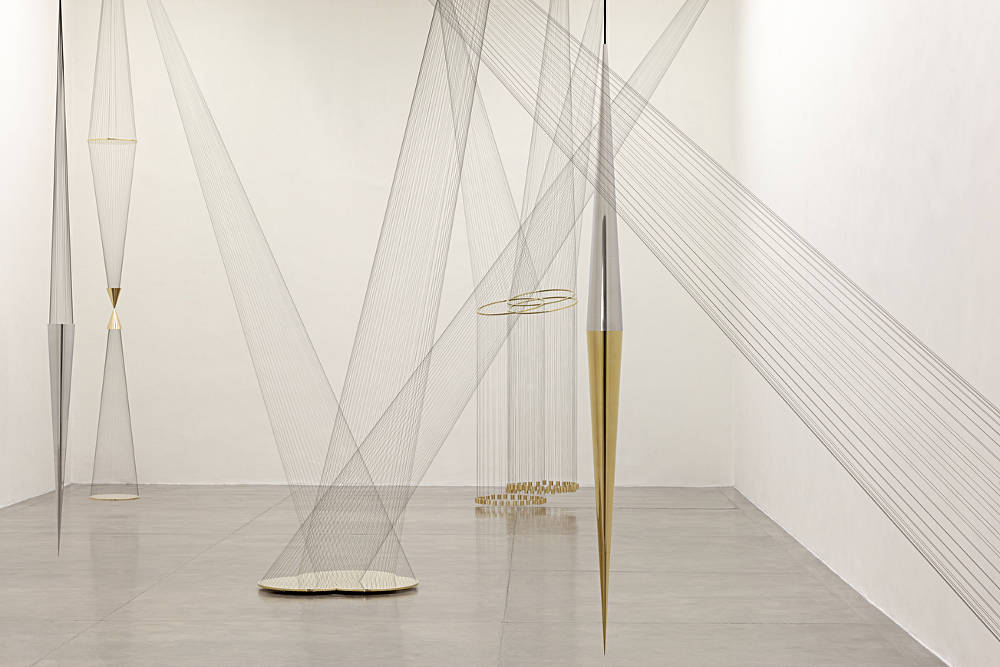 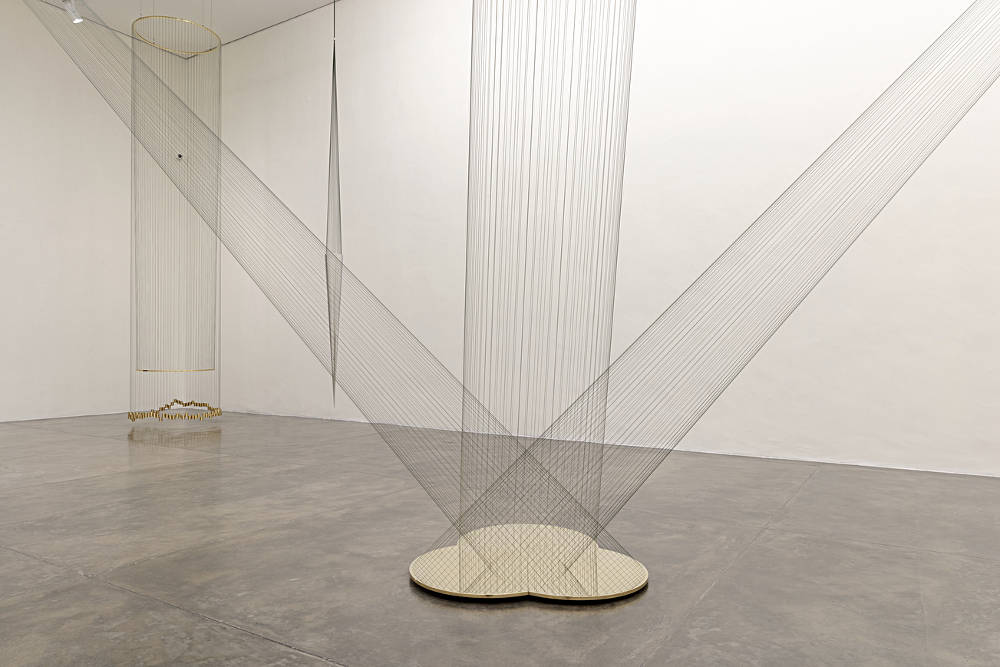 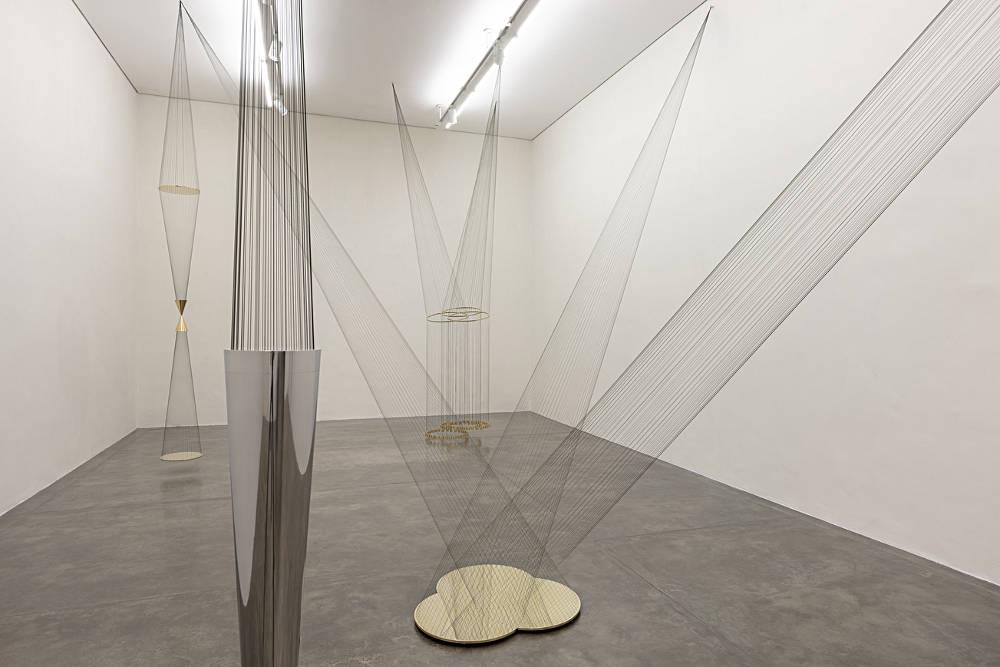 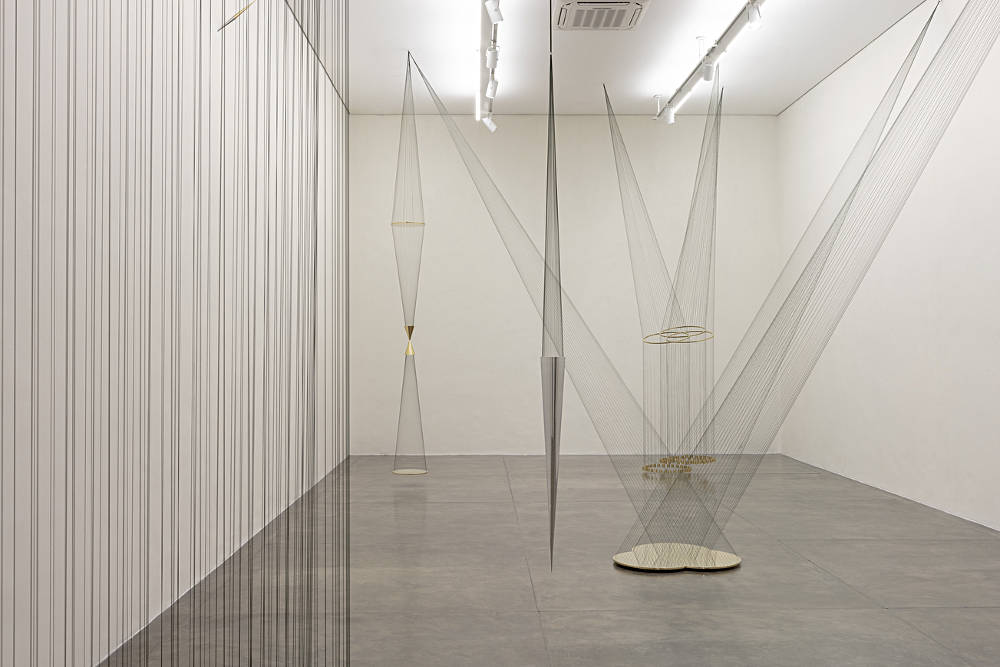 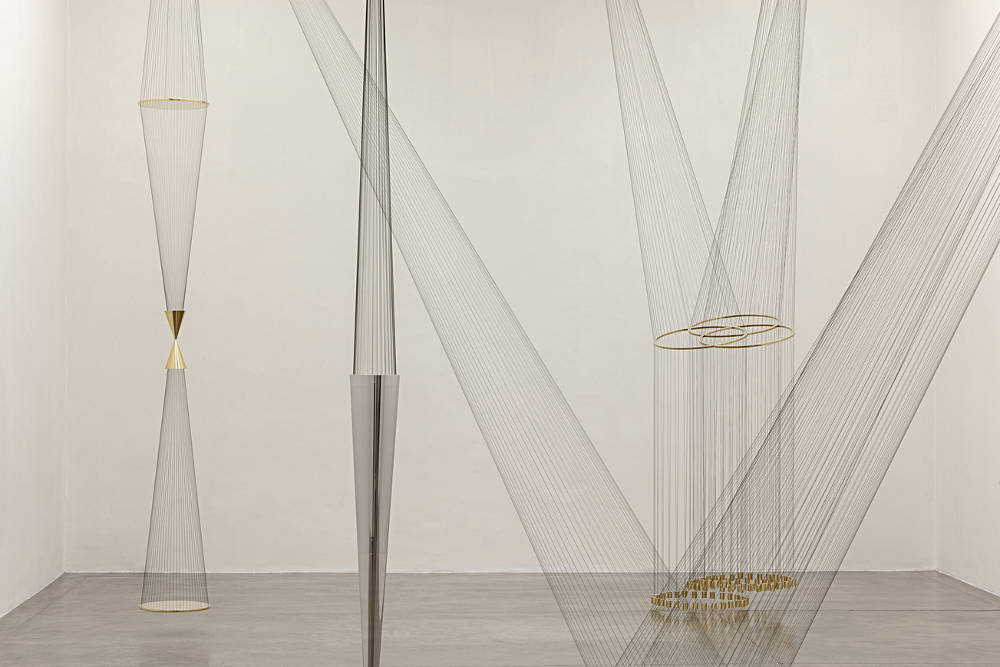 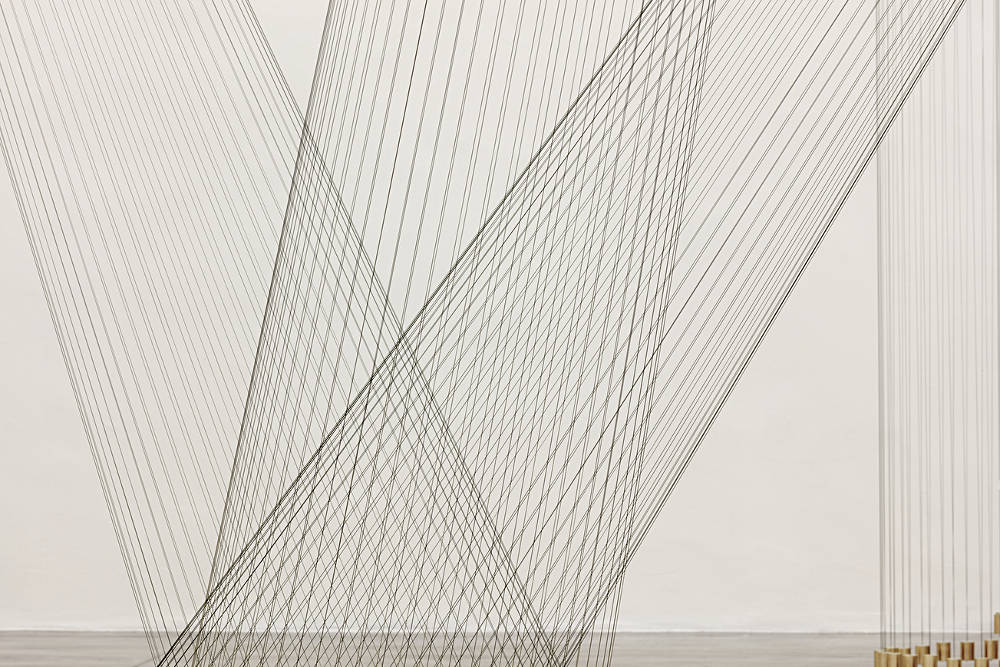 The show’s title, Asterisms means a prominent pattern or set of stars which, as seen from the Earth, are reminiscent of recognizable geometric shapes or figures. Unlike constellations, however, the term is not officially recognized by the scientific community. The exhibition, composed of fourteen sculptures and one installation, converts the gallery into a new cosmic space, which when inspired by the notion of “asterism,” becomes indecipherable and undefinable by science.

Besides the levity imparted by his earlier metal and wood pieces, Lescher’s newest series explores transparency by using multifilament wires in some of the sculptures, but mostly in the installation specially designed for the gallery space. Since the beginning of his career, at age 22, Lescher has highlighted his interest in ideas of synthesis, tension and instability when it comes to shapes and space as a means of constructing uncommon landscapes.

The fusion of various geometric shapes, cylinders and cones built from tin, multifilament wire and stainless steel, the installation dissolves the nuances in each element as it forges something that isn’t restrained to the canons of geometry and architecture. According to Lescher, the materials are forces unto themselves, with their own inclinations and potencies, which convere with each other and the surrounding space.

The exhibition at Galeria Nara Roesler | São Paulo will feature a text by Juliano Pessanha, a guest author for Flip 2018 and the winner of the APCA prize for his book Testemunho Transiente (Transient Testimony, Cosac Naify, 2015).

Artur Lescher’s work investigates the tangible qualities of objects and their interaction with architecture. His preference for single volumes, suspended and subjected to the force of gravity creates a unique tension between the proportions of the space and the object. At the core of his practice is a focus on perceived boundaries, between, for example, reality and its representation. This is further intensified by the use of materials such as metal, stone, wood, brass and copper, which have been removed from their usual functions and rearranged. Lescher gained broader recognition after his participation in the 19th Bienal de São Paulo (1987). He was also featured in the 2002 edition of the São Paulo Biennial and the 2005 Mercosul Biennial. The artist has been the subject of solo exhibitions in Latin America, Europe and the United States, including two exhibitions at the Tomie Ohtake Institute in São Paulo (2006) and, more recently, a solo exhibition at the Palais d’léna in Paris (2017).