Tornabuoni Arte presents ‘Arte moderna e contemporanea. Antologia scelta 2022’, its annual appointment that presents a group show – held at Tornabuoni Arte Florentine and Milanese galleries – accompanied by a catalogue. The detailed selection of works shown highlights the expertise that the gallery has developed over the years. 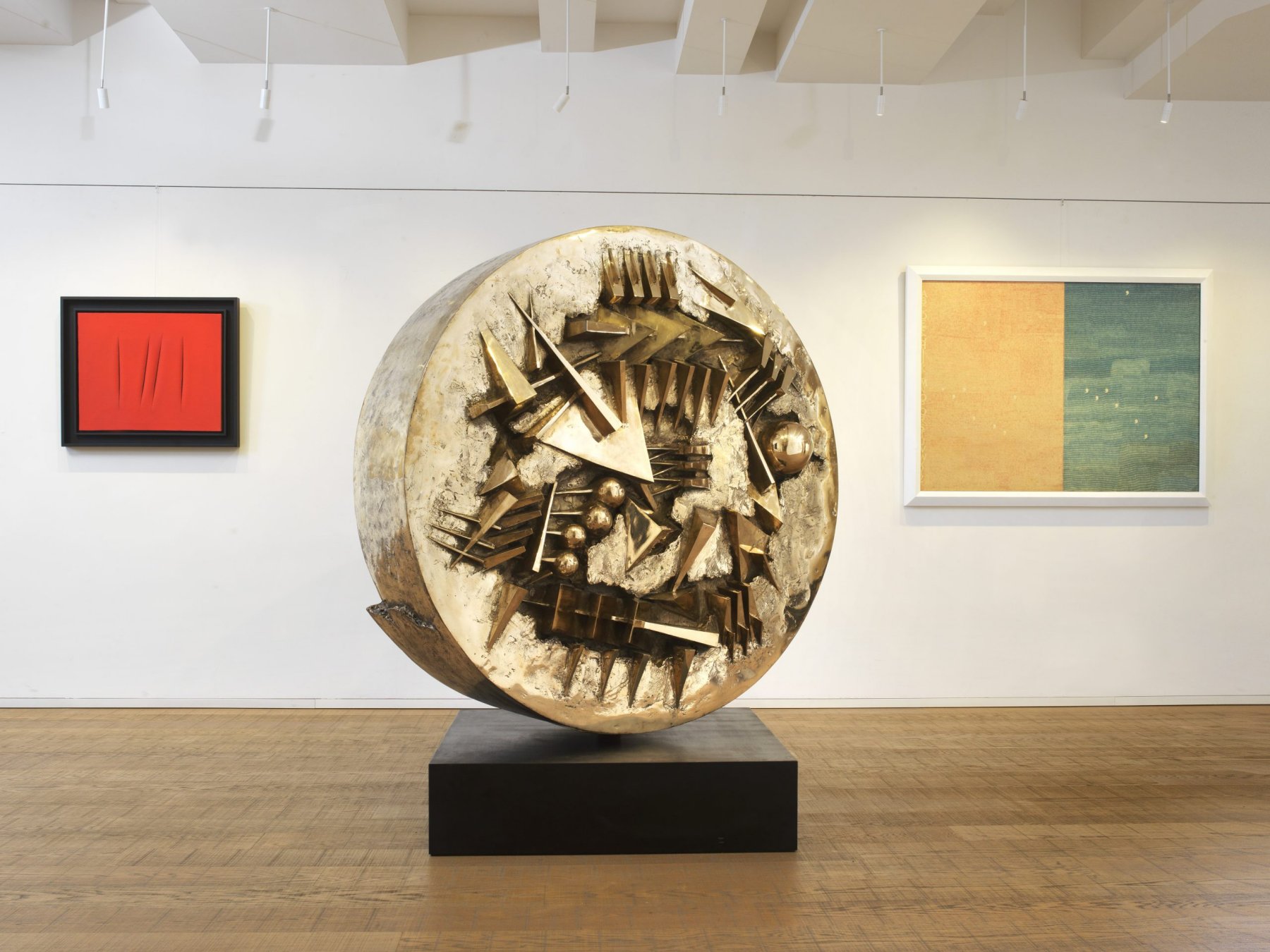 Thanks to the dedication of Roberto Casamonti, founder of the gallery, over the years Tornabuoni Arte has been able to develop an important cultural network both in Italy and abroad. This comprehends public and private institutions and allows Tornabuoni Arte to offer an international program enriched by longstanding collaborations with art critics, curators and collectors. The latter aspect reflects the gallery’s mission in placing itself not only as a private gallery but also as a public place dedicated to the promotion of culture. The 2022 Antologia scelta catalogue is introduced by a text entitled ‘Art’s evolutionary line’ written by art historian Sonia Zampini. Starting from a nineteenth-century painting by Giovanni Fattori to a 2021 video by Fabrizio Plessi, as Zampini points out, “the annual catalogue is intended as a wide-ranging retrospective on the multiplicity of artistic declarations, movements and purposes that outlined founding steps in art history”. The show ‘Arte moderna e contemporanea. Antologia scelta 2022’ held in Florence includes more than fifty works divided into three main sections.

On the first floor of the gallery is displayed a selection of works dedicated to the great masters of figurative Italian art from the first half of the 20th century, such as Plinio Nomellini. His work ‘Pastore con gregge di pecore’ (1900-1910) is characterized by a vibrant atmosphere and exemplifies the painter’s attention to both nature and representation of social issues. In these same years, the artist decided to settle permanently in Versilia, in Torre del Lago, where he met Giacomo Puccini and Giovanni Pascoli and started to explore Symbolism.

Among the artists who influenced the most the period between the two world wars are artists like Savinio here exhibited with ‘Apparition du Printemps’ (1929), or Massimo Campigli with a fresco laid on canvas ‘Venezia – Gita in barca’ (1941). This refined composition resembling both the ancient frescoes from Pompeii and the Etruscan painting shows the consequence of his pursuit of primordial and archaic purity, but also of harmony and forms. The 1951 ‘Piazza d’Italia’ by Giorgio de Chirico introduces the metaphysical painting era. Its composition depicts a typical Italian public architecture in a rarefied atmosphere, full of lyrical silence.

On the ground floor, the show continues with a wide selection of modern and contemporary works. Among them, Lucio Fontana, an artist in which Tornabuoni Arte became highly specialized over the years. In this catalogue can be found five of his masterpieces, such as ‘Concetto spaziale, Attese’, (1965-66), where four solemn slashes open a red monochrome to a new spatial dimension.

With regards to examples of Arte Povera, the exhibition presents ‘Non resto non parto non parto non resto’ by Alighiero Boetti – made in 1979 with a ballpoint pen, following the principle claimed by Boetti himself that “ everything can be used to make art without any kind of hierarchy” – as well as the work ‘Senza titolo’ (2010-2011) by Jannis Kounellis. The latter consists of a wall-mounted work composed of an industrial slab on which a violin is suspended on a metal mesh. Here, the indefinite emotional memory of music and the fragility of the violin contrasts with the cold solid material that frames it.

The presence of other leading figures of this period are also noteworthy. Enrico Castellani, with the work ‘Superficie’ (1973), characterized by three-dimensionality, allows the surface to reach a completely new and revolutionary texture. The show also present in this section works by Arnaldo Pomodoro, Piero Dorazio, Alberto Biasi and Emilio Isgrò.

As a conclusion, the exhibition opens up to international artists. Among them, Wassily Kandinsky is represented by the work ‘Communiqué’. This work was created in 1936 during his stay in Neuilly-sur-Seine, near Paris, at a moment where the artist returned to the use of watercolors. One can also find in this section a work on paper by Joan Mirò, ‘Femme dans la nuit’ (1966), full of existential melancholy, where a female figure on the right – skillfully depicted by thin and shaping lines – gazes a at – star dominating the sky. Founder of Op art, Victor Vaserely, is also exhibited here with the works ‘Dinn’ (1984) and ‘Tizenne 2’ (1986).

An additional selection of thirty works published in the catalogue will be exhibited at Tornabuoni Arte in Milan.