Arp: Art is a Fruit

Arp: Art is a Fruit


‘Art is a fruit that grows in man like a fruit on a plant, or a child in its mother’s womb.’ — Arp

Over a period of more than sixty years, Hans (Jean) Arp, one of the most celebrated artists of the 20th Century, produced an extraordinary body of work that shifts fluidly between abstraction and representation, and between organic and geometric forms. For the inaugural presentation at Hauser & Wirth Bahnhofstrasse 1, ‘Arp: Art is a Fruit’ will display major sculptures and works on paper by the artist, spanning a period from 1924 – 1965. 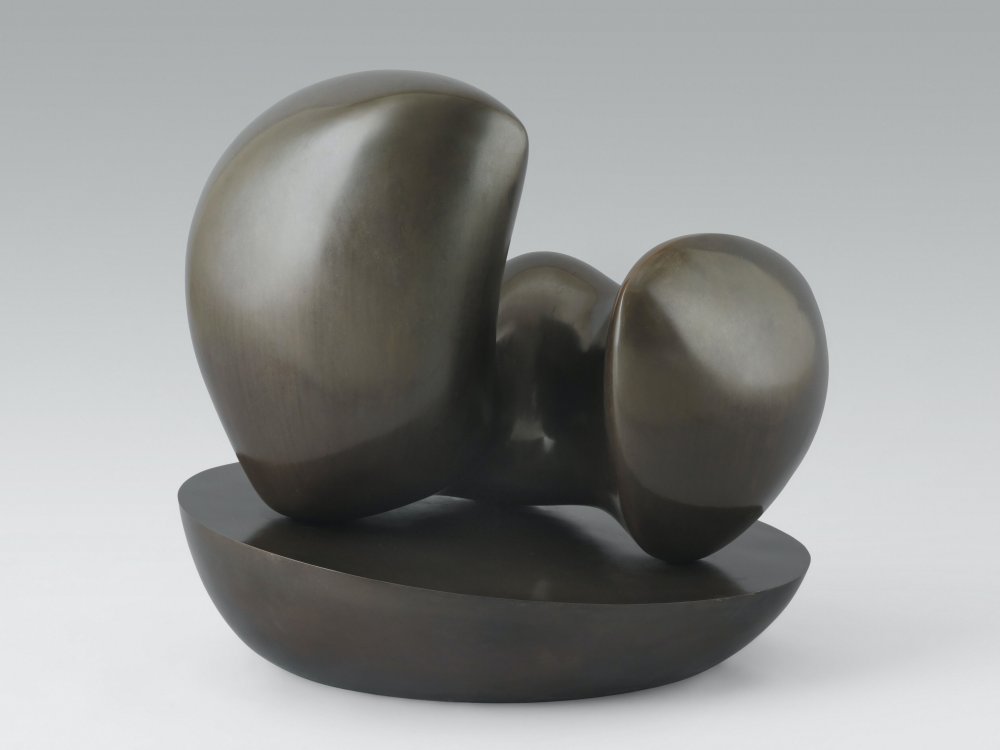 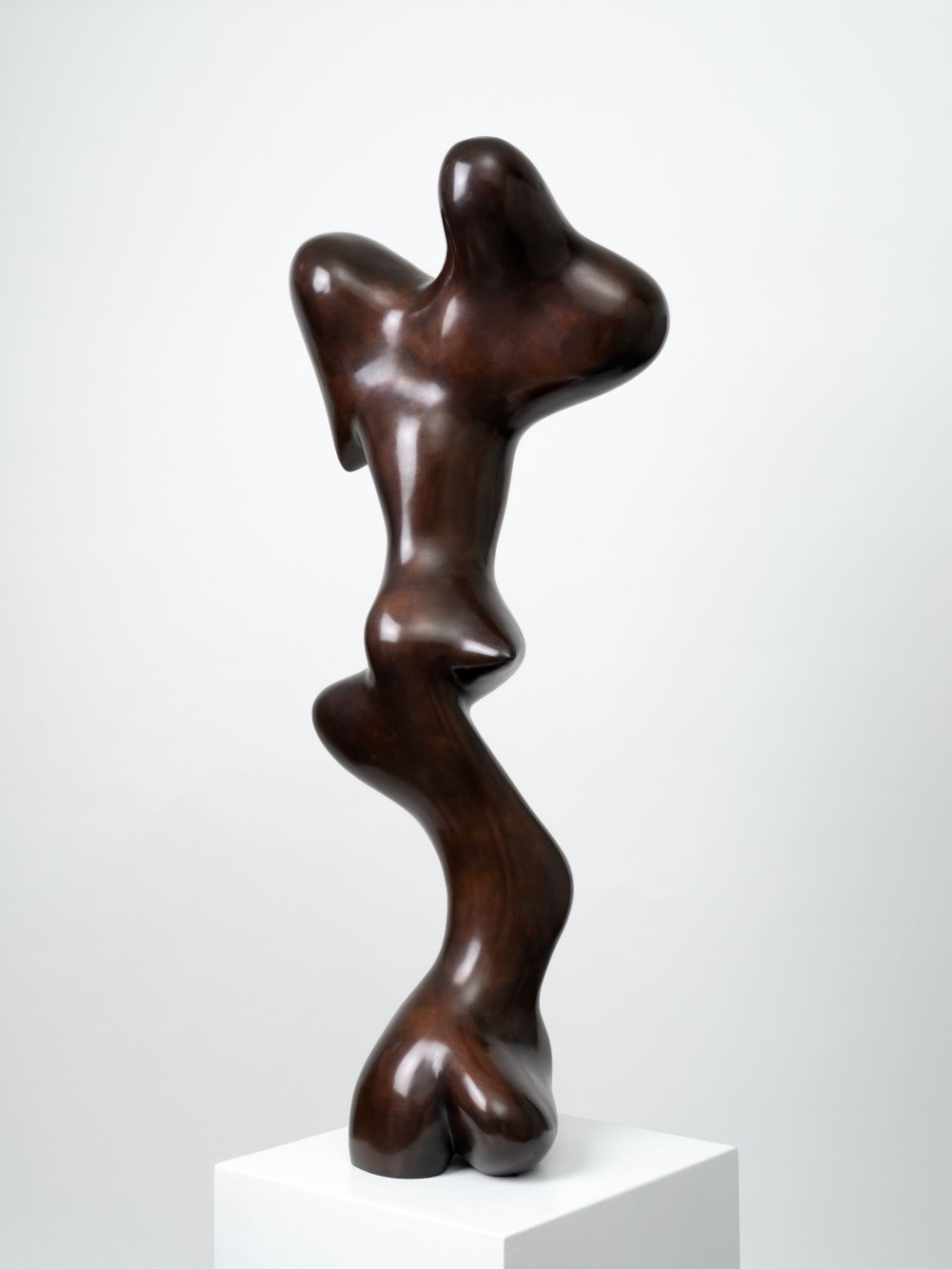 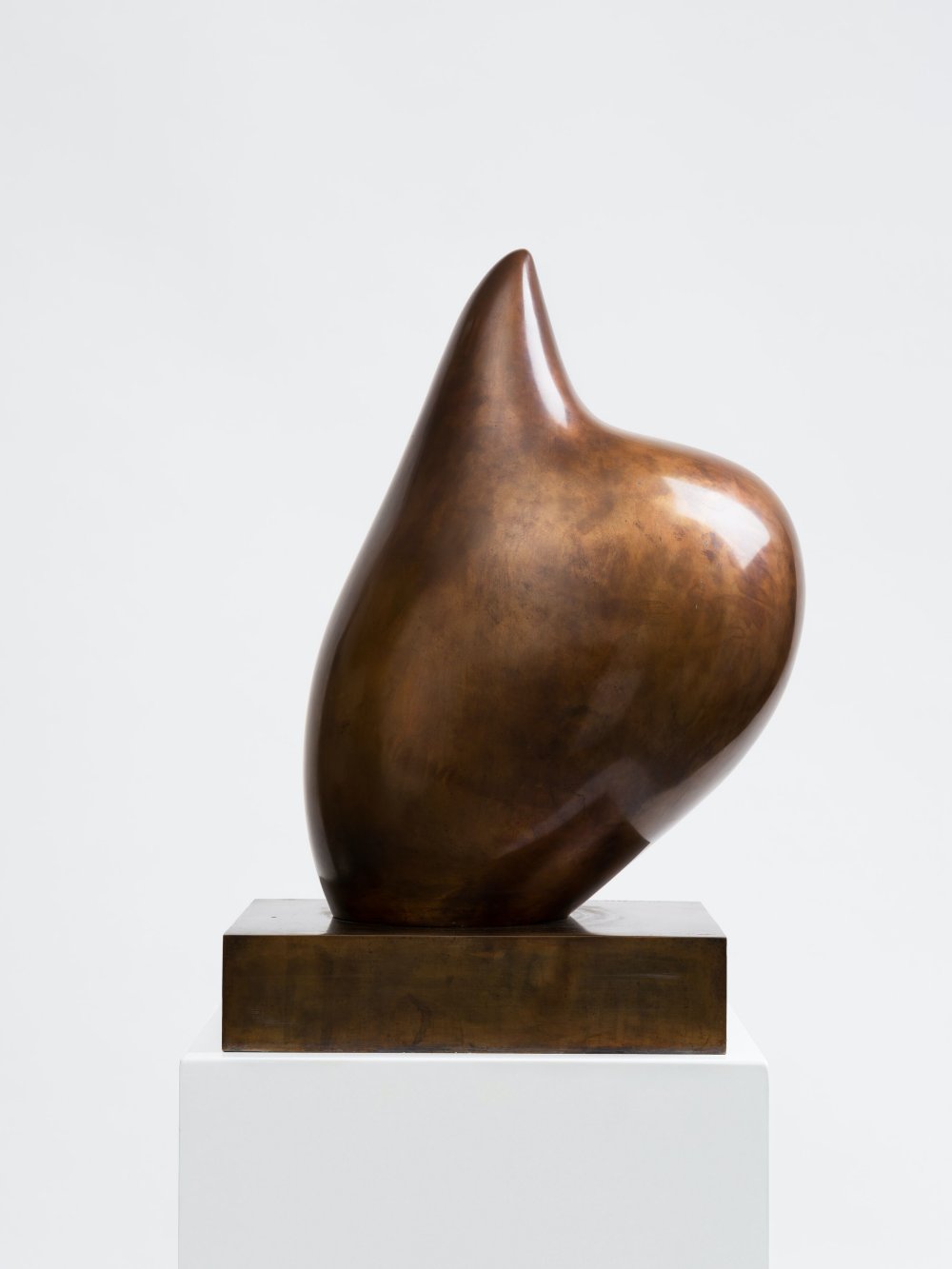 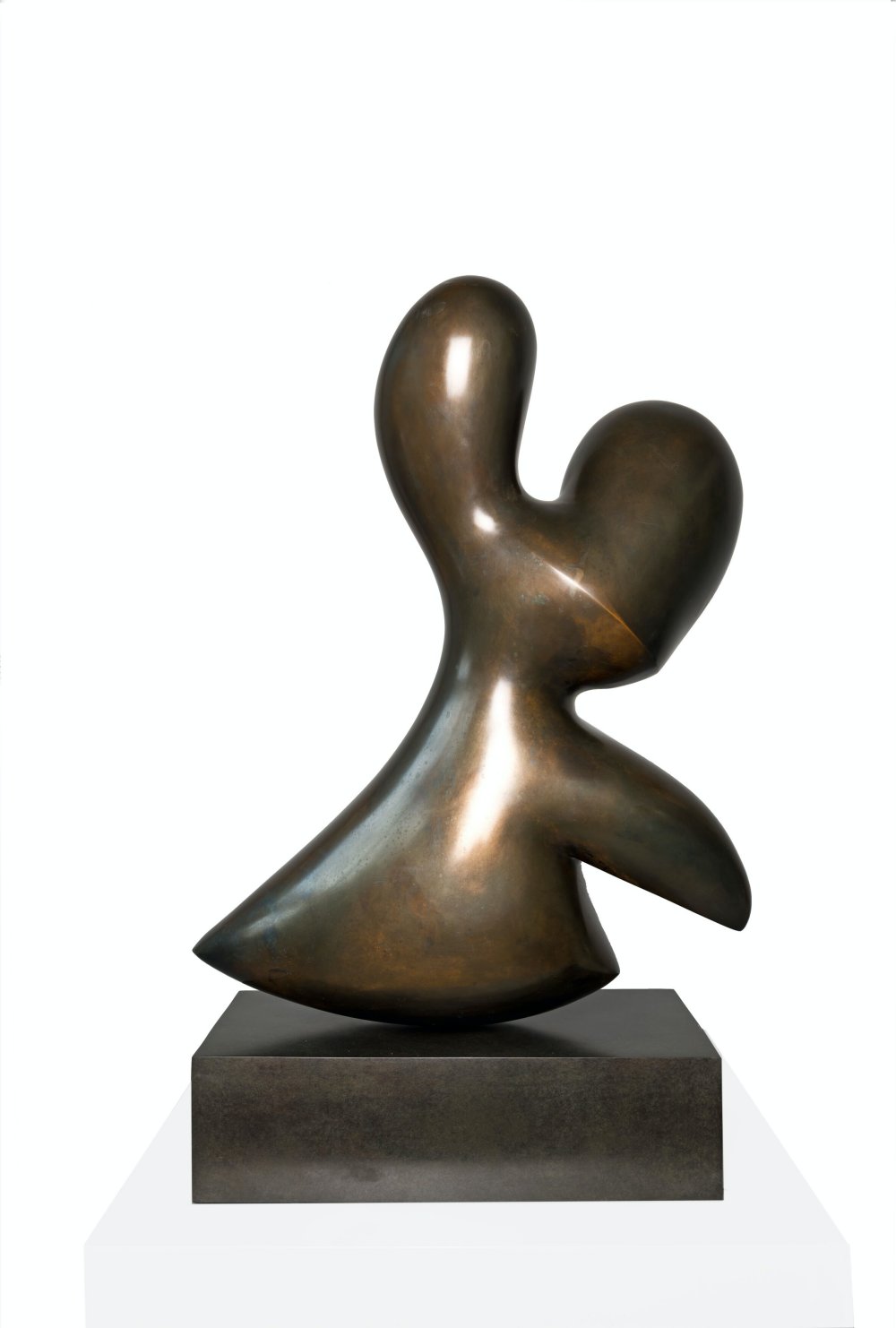 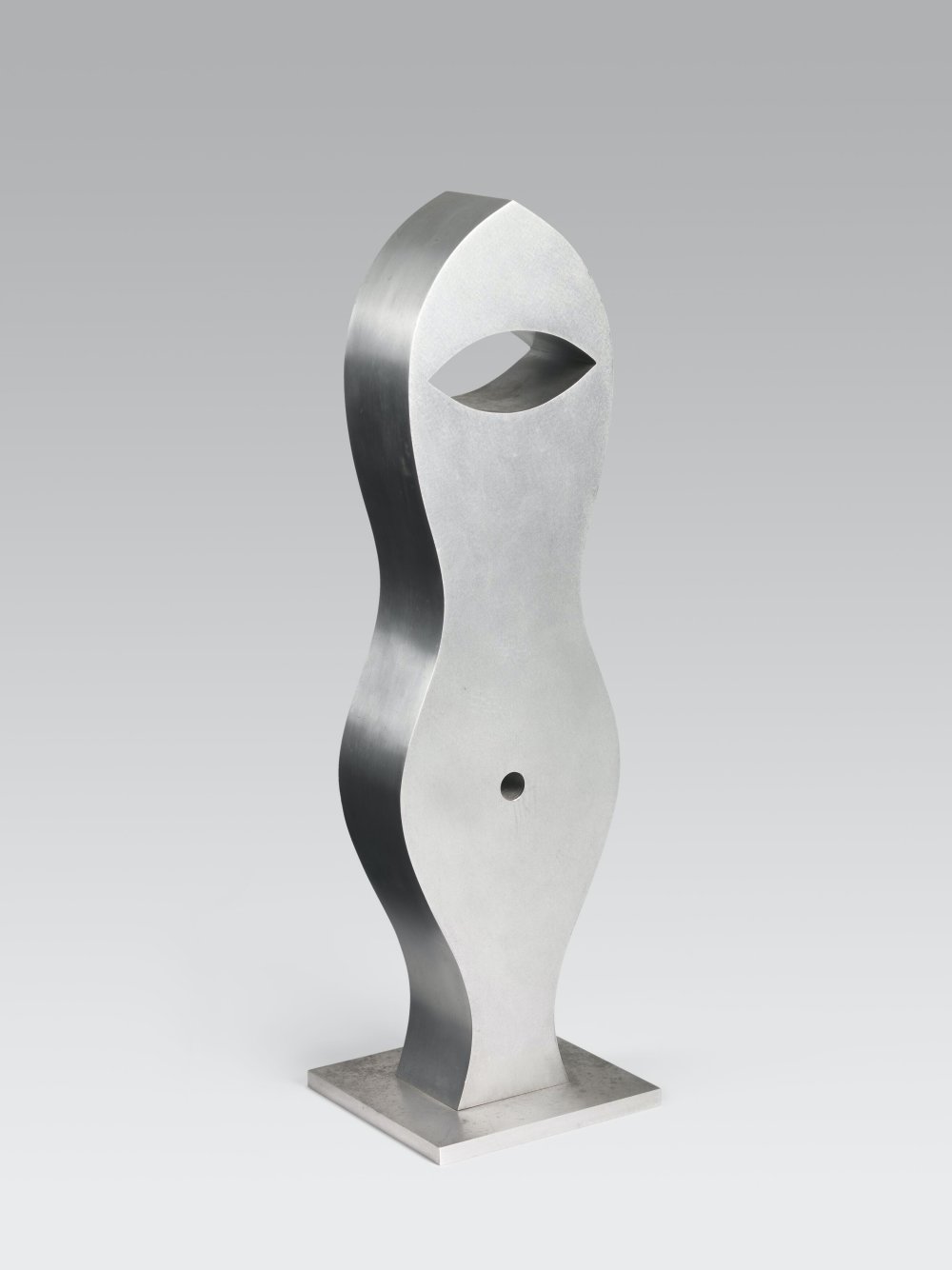 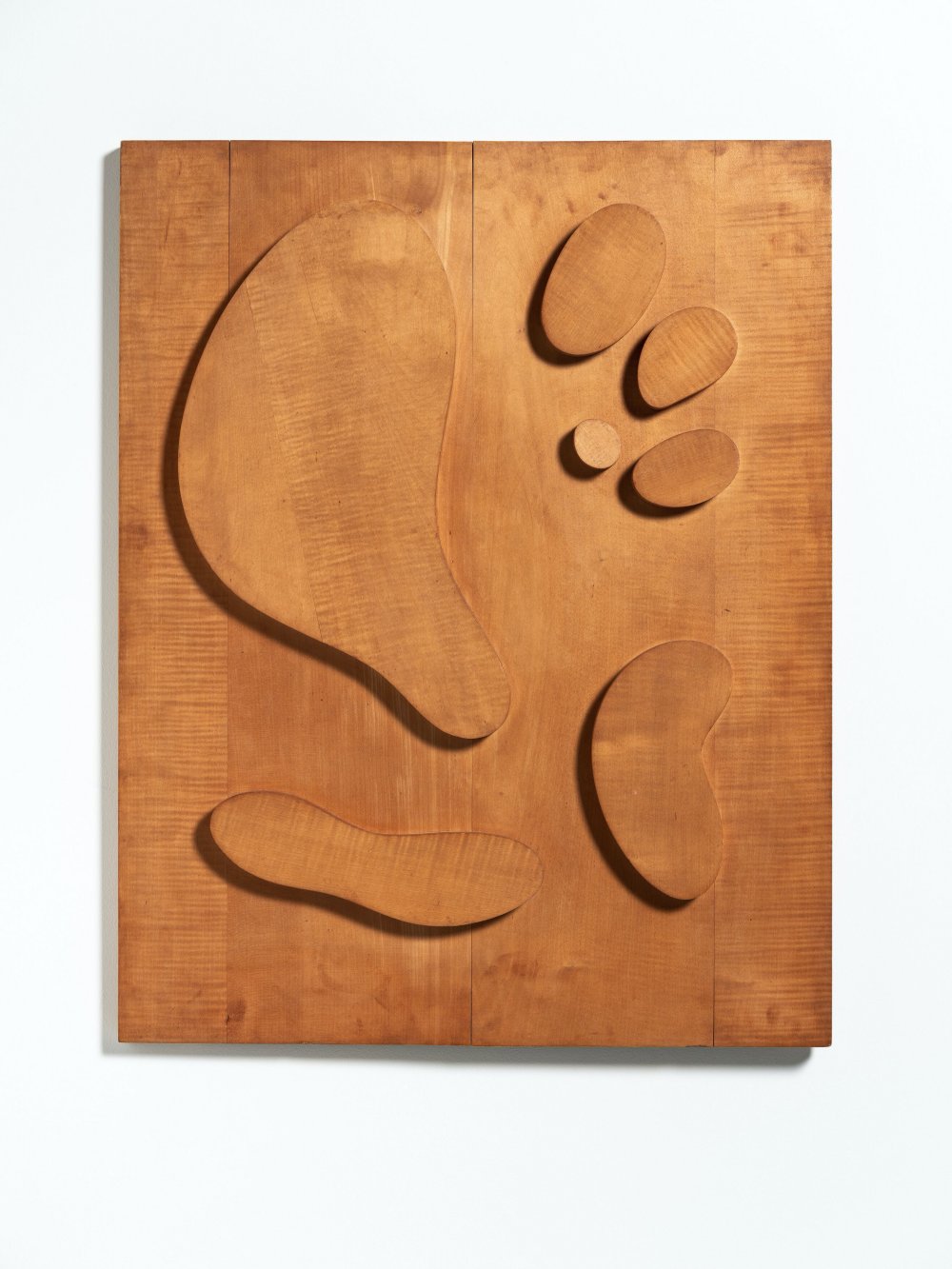 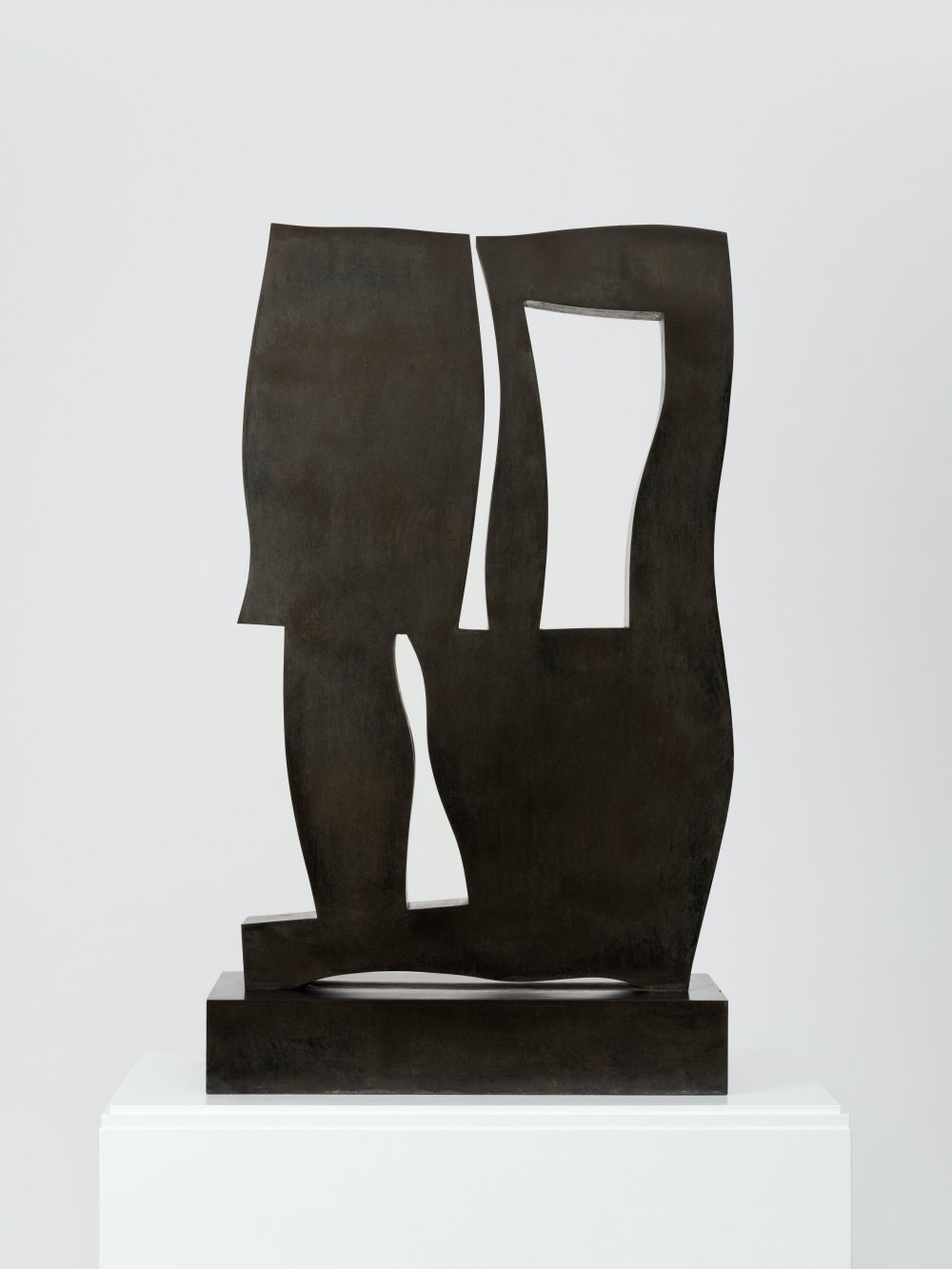 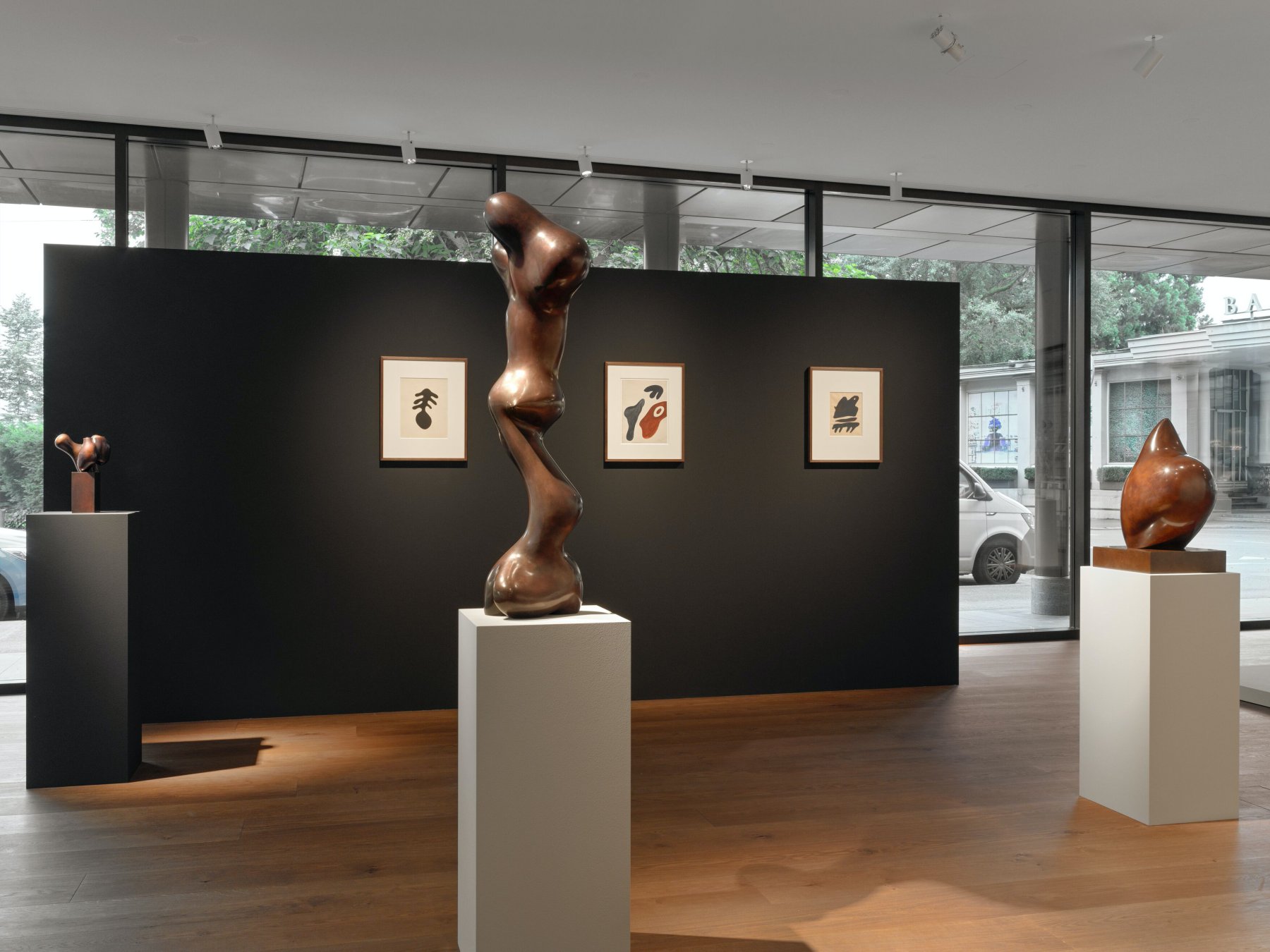 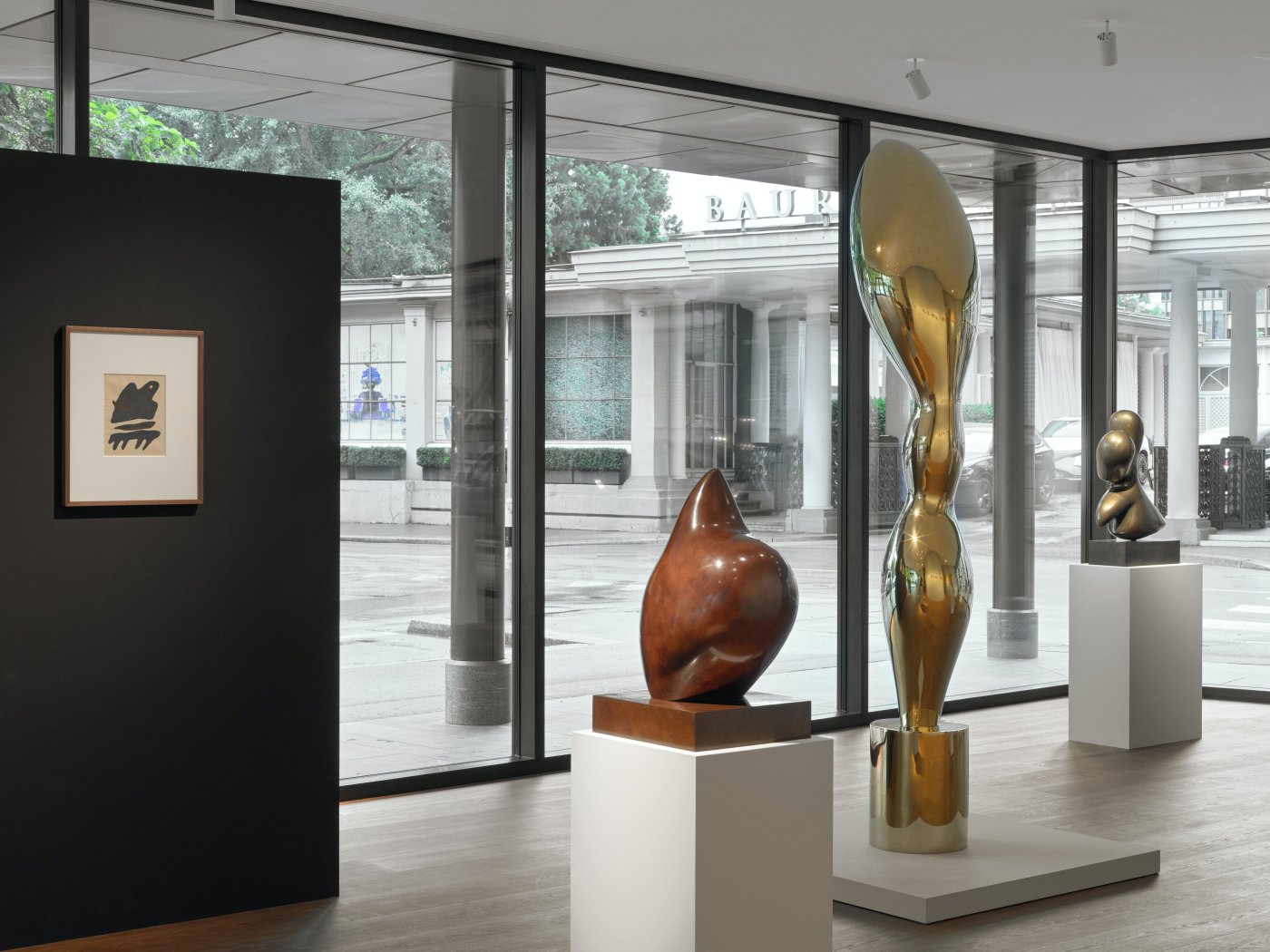 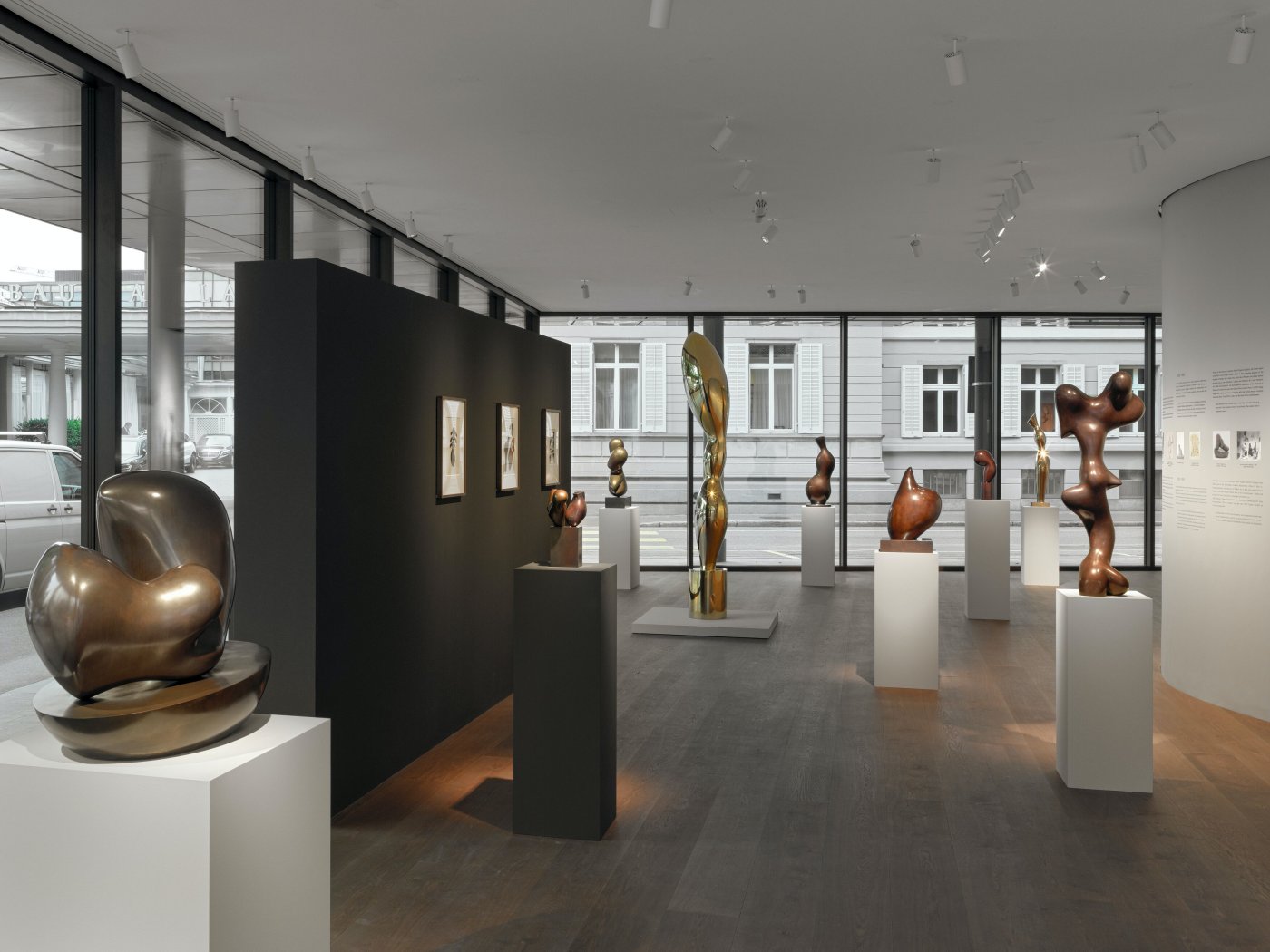 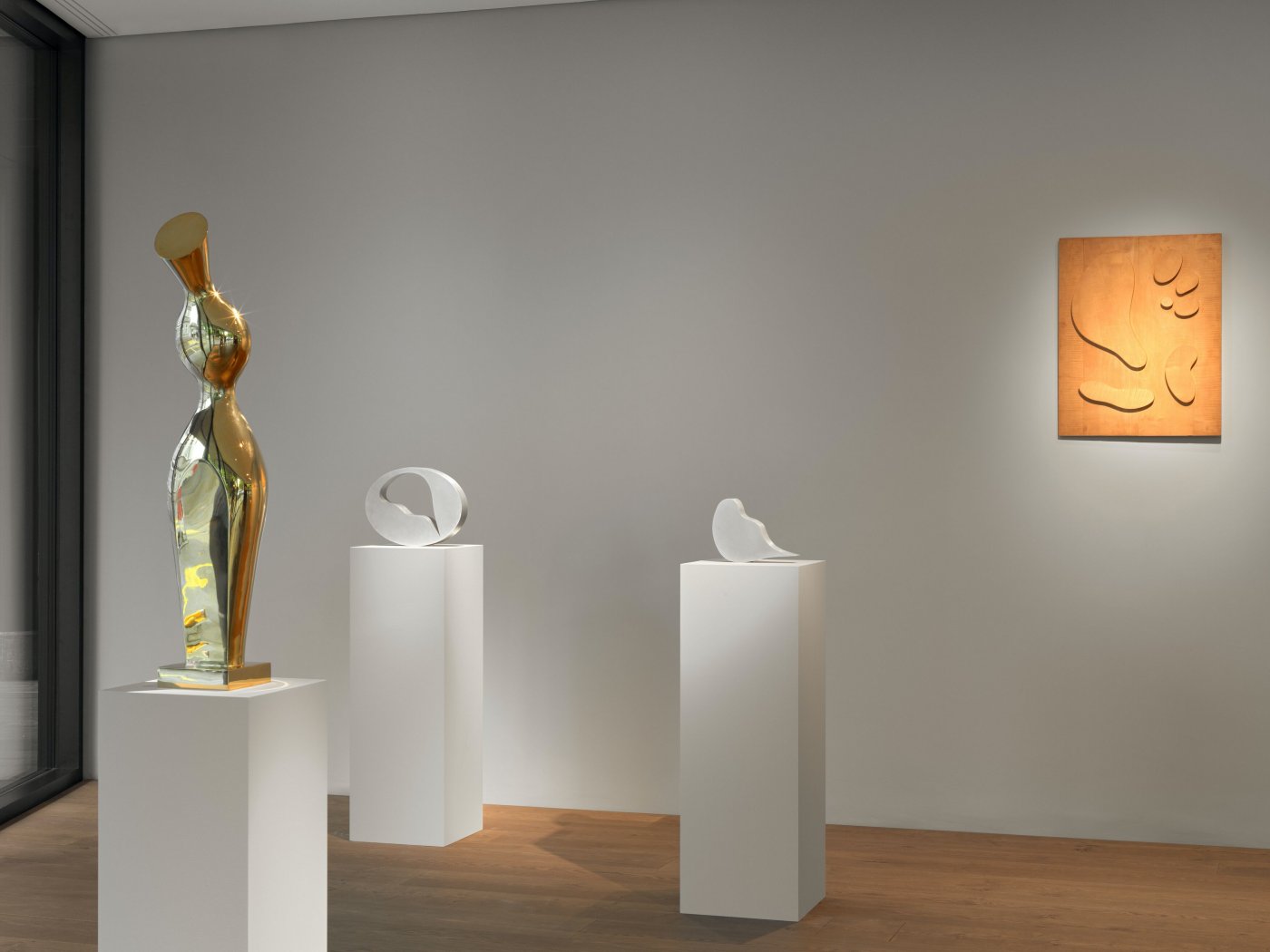 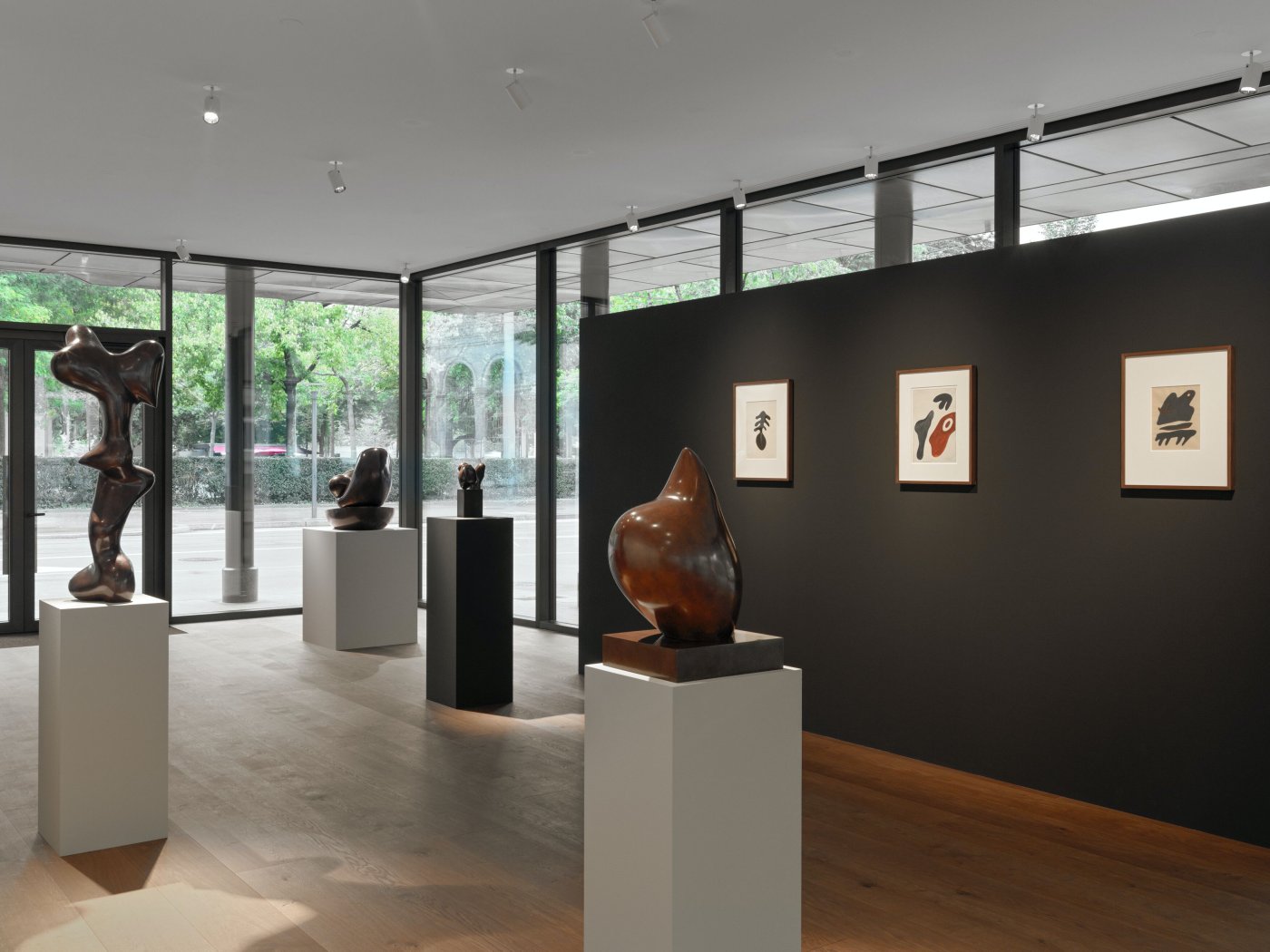 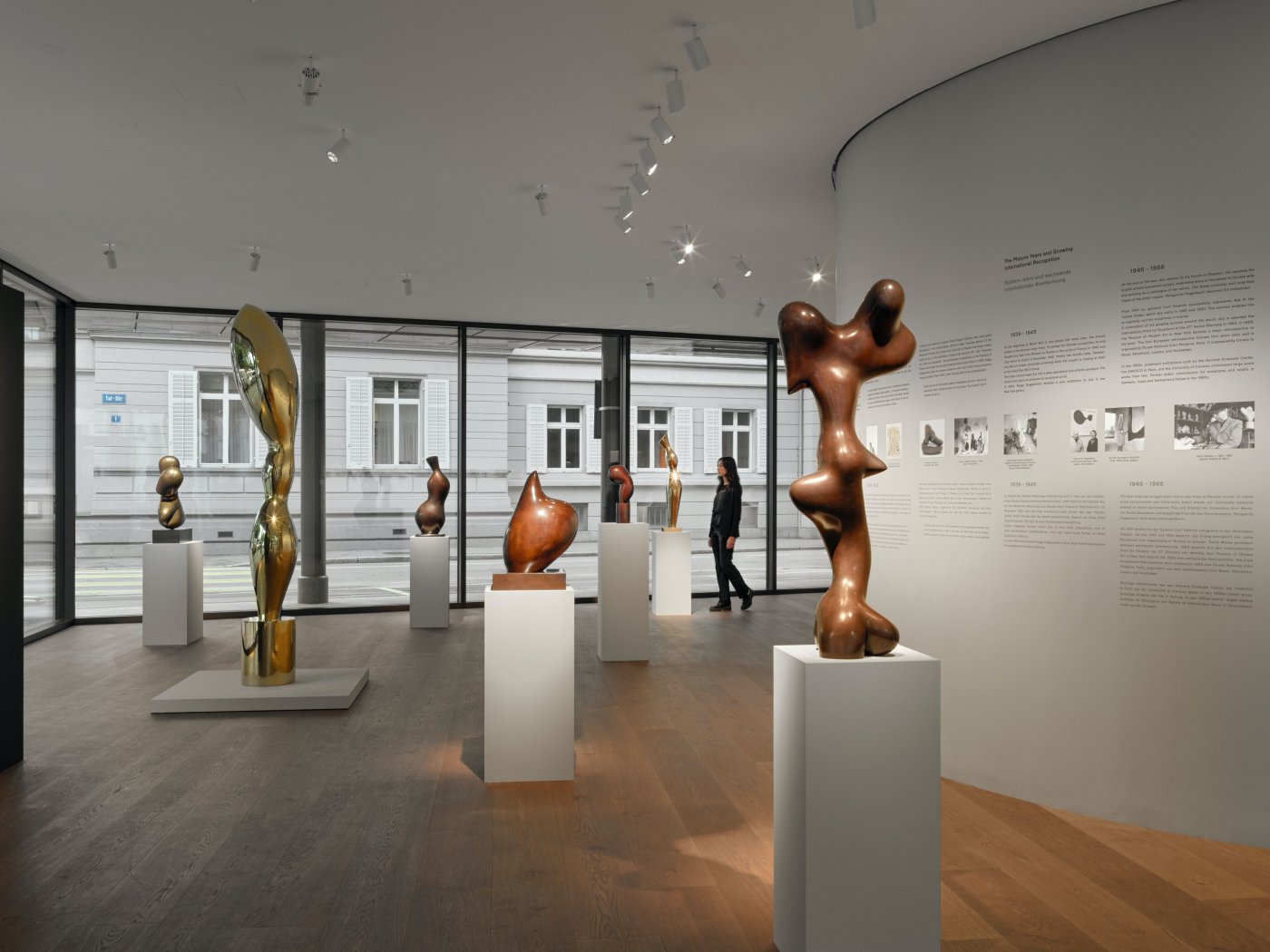 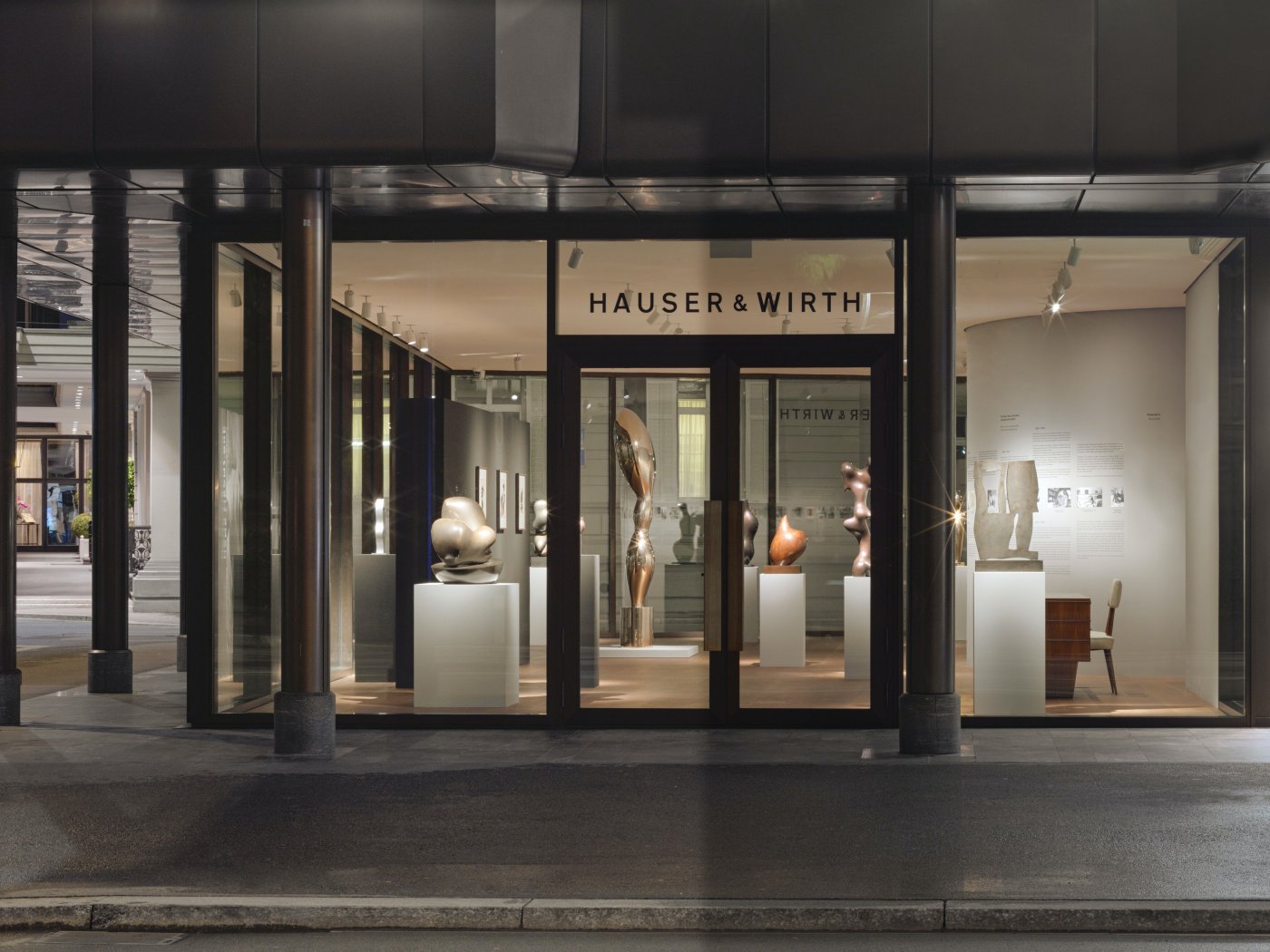 The display explores Arp’s long-term fascination with creating artistic forms that reflect the physiological processes of procreation, germination, emergence, and growth – profoundly echoing the artist’s sentiment that is at the core of the exhibition, ‘art is a fruit’. The inaugural presentation has been developed in collaboration with Stiftung Arp e.V., Berlin/Rolandswerth and follows a number of exhibitions with the gallery, including ‘Ovi Bimba’ at Hauser & Wirth Zürich in 2012 and ‘Chance – Form – Language (and a Franzwestigation)’ at Hauser & Wirth London in 2014.

Arp was a key contributor in the development of Dada and Surrealism in the early 20th Century. Born in 1886 in Strasbourg, Alsace, the artist was raised speaking French, German and the Alsatian dialect. His hybrid cultural identity was formed during a long period of fraught nationalism, subsequently the artist refused to confine himself to a single language, nationality, artistic movement, or material.

At the heart of Arp’s artistic triumph lies the organic beauty of his sculptures, but the artist first gained critical acclaim for his prints, books, drawings, collages, and wood reliefs, as well as his poetry in German and French. Inspired by Rodin, his early drawings from the beginning of the 20th Century were primarily nudes, before moving on to experiment with Rorschach-like shapes, which he attributed as pre-Dada and Dada. From the mid-1920s onwards, Arp developed an object-based artistic language that characterizes both his reliefs and works on paper, demonstrated in ‘Arbre (Tree)’ (1924) and ‘Tete, torse, nombril sur table (Head, torso, navel on table)’ (1924), on view in the presentation. With the subjects of his compositions abstracted and appearing on the page without context, Arp playfully questions the relationship between objects, nature and the language used to describe them.

By the 1930s, Arp began to create three-dimensional works while becoming increasingly interested in the natural life cycle as a source of inspiration. In an act of continuous metamorphosis that echoes the generative processes of nature itself, his sculptures sought to give form to natural forces. Arp’s creative process was guided by intuition and informed by chance: mostly working without preliminary sketches, Arp handled the plaster directly until he found its desired shape. Through an additive and subtractive process, the artist would continue to transform the plaster casts, for example by sawing them apart, or assembling different fragments to create a new shape, before being carved in marble or cast in bronze.

These material processes speak to the term ‘concretion’, which Arp described as the ‘natural processes of condensation, hardening, coagulation, thickening, growing together’. His sculpture ‘Menschliche Konkretion auf ovaler Schale (Human Concretion on Oval Bowl)’ (1948) uses the cast of an early concretion from 1935; developed as a two-part work, Arp added the oval bowl at a later date. The work epitomizes Arp’s practice of taking existing forms and later enlarging or adding to them to create something new.

Using plaster allowed Arp to form burgeoning, gently curved, abstract shapes which encountered complex, introverted figures, revealing a unique visual vocabulary with a basis in biomorphism. Sculptures like ‘Wachstum (Growth)’ (1938/1960) and ‘Leaf Torso’ (1963) demonstrate Arp’s masterful ability to enliven form through sensually haptic, rounded contours. Skilfully blurring representation and abstraction, the conscious and the subconscious, the concrete and the creative, ‘Wachstum (Growth)’ can be interpreted as a branch of a plant, uncoiling as it furls upwards from its base, whilst ‘Leaf Torso’ echoes the forms of the human body commingling with natural phenomena.

Also on view in the presentation are examples of Arp’s Threshold sculptures. In contrast to the works created in the round, these sculptures made from 1958 onwards employ two fixed viewing points, harking back to the wood reliefs Arp made earlier in his career. Describing a threshold as the passage between life and death, the sculptures continue Arp’s preoccupation with the natural life cycle. This tension between geometric forms and organic themes is clear in the work ‘Schwelle mit Pflanzenzinnen (Threshold with Plant Crenellations)’ (1959) – its structure visually reminiscent of the cell of a plant, with a wall, membrane, and nucleus.

Arp would continue in this style of employing two viewing points, whilst experimenting with a new material, duralumin, as seen in the works ‘Einaugkrieger (One-eyed Warrior)’ (1965), ‘Oriflammenrad (Oriflamme Wheel)’ (1962) and ‘Sehnsucht nach der vierten Dimension (Longing for the Fourth Dimension)’ (1963). Following on from his earlier Threshold sculptures, the duralumin works continue Arp’s interest in exploring negative space and contour. Some of the duralumin works were later enlarged for exhibitions in public spaces; there is a version of ‘Oriflammenrad’ on Monte Verità that sits around 2.50m tall. Open to experimentation, even in the final years of his life, these works in duralumin signify Arp’s constant search for innovative materials and new ways of working in sculpture.

The presentation coincides with the travelling exhibition ‘Rodin/Arp’ at the Arp Museum Bahnhof Rolandseck, Germany until 14 November, 2021, organized with the Fondation Beyeler.