Galerie Gmurzynska presents its first New York exhibition dedicated to Austrian artist Arnulf Rainer, a key figure of Art Informel and one of the most influential living artists of our day. 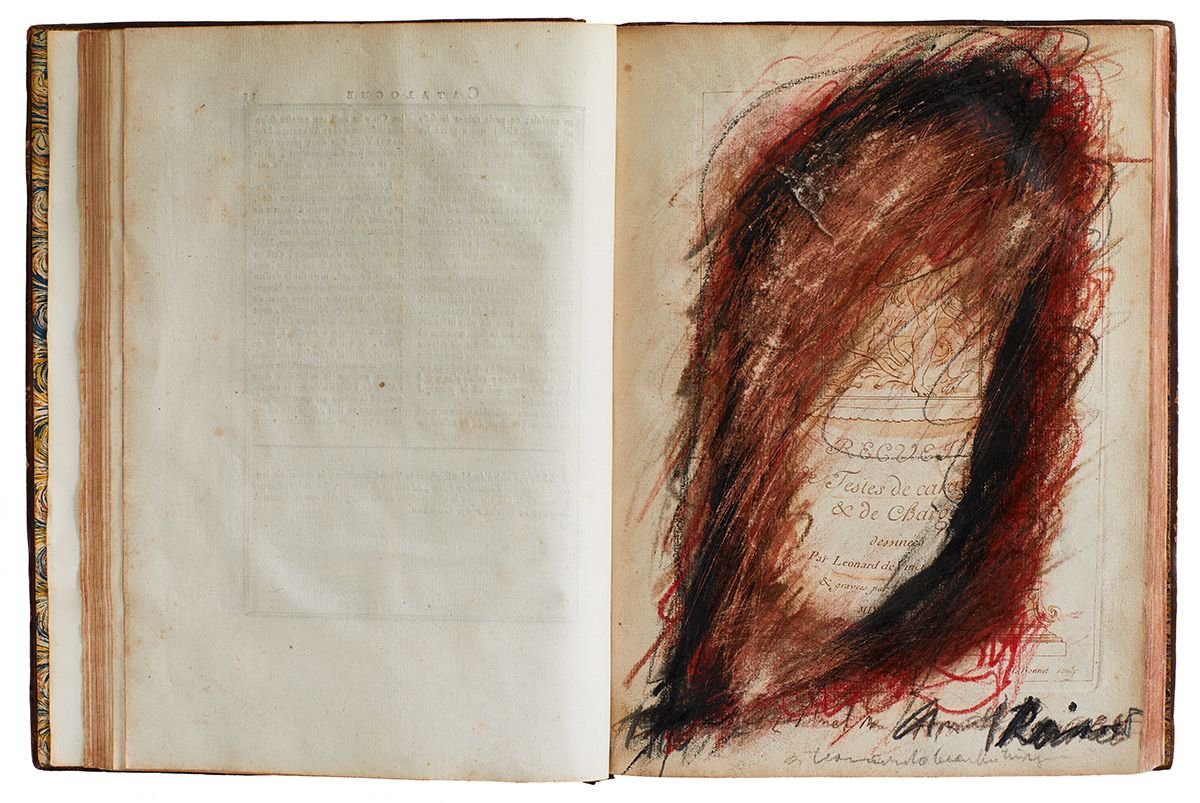 The oeuvre of Arnulf Rainer spans more than sixty years of a constant and committed research of the expressive possibilities of painting. From the beginning of his career, Rainer has been exploring and experimenting with different techniques and disciplines, especially drawing, printing techniques, photography and painting.

One of the first influences on this self-taught artist was Surrealism, making the exploration of the potential of dreams and subconscious a constant element in his oeuvre. During a visit to Paris in 1951 to meet André Breton, he also stablished contact with gestural abstraction and soon after, he started to create his distinguishing Übermalungen (overpaintings). Those paintings, based on a process of layering paint over photographs or other pictures, transforming existing artworks, became one of the most recognizable characteristics of Rainer. This process stands for an intimate artistic elaboration of a visual subject, understood by the artist as a deep homage and sign of respect towards the existing artwork that he enhances, and an artistic play between destruction, creation and its boundaries.

“I never wanted to destroy, only to perfect. A certain positive contact to the worked-over picture form was of course necessary. While not exclusively so, I carry on my artistic work mainly as a conversation with myself. Just as a dream continues in deep sleep, so the over-painting is the evolution of this self-conversation into a silence -a communicable one, because if not, others would not snatch from me just those pictures which I create out of pure self- communication and which I hope one day to bring to the point of expressing a complete stillness, a deep sleep.”

This exhibition at Galerie Gmurzynska will offer the New York audience the unique opportunity to discover the rich complexity of this artist. The gallery presents a selection that is representative of Arnulf Rainer’s different periods and techniques, covering the most emblematic work groups: from early monochrome overpaintings from the 1950’s to the late, colourful, light layered drawings and paintings, encompassing motifs from the classical fields of knowledge, such as anatomy, flora, fauna and landscapes.

Furthermore, the exhibition includes some of Arnulf Rainer’s Buchübermalungen (book overpaintings), a widely unknown corpus of works. These book overpaintings are antique books from Rainer’s magnificent personal library that have been artistically intervened through the last 40 years. These books have been kept by the artist in his house and his studio, and have rarely been shown in public.

“I didn’t know why I was doing it, where I was going, or for how long, when I began in 1952 to paint over my own or other people’s pictures. It was only gradually as the years went by that there evolved black surfaces and bundles of strokes in which I recognized myself.”

Arnulf Rainer has had solo exhibitions at institutions around the world, including the Museum des 20. Jahrhunderts in Vienna (1968), the Musée National d’Art moderne /Centre Georges Pompidou in Paris (1984), the Solomon R. Guggenheim in New York (1989), the Stedelijk Museum in Amsterdam and Kunstforum Vienna (both in 2000). Among many other museum shows, Rainer’s work has been included in several influential international art surveys. He represented the Austrian Pavilion at the Venice Biennale in 1972, returning in 1978 and 1980, 1984, and he participated in documenta 5, 6 and 7.

Rainer’s work can be found in some of the most important collections worldwide, including the MoMA and the Met in New York, The J. Paul Getty Museum and the LACMA in Los Angeles, The Art Institute of Chicago, the SFMoMA in San Francisco, the Stedelijk Museum in Amsterdam, the Neue Nationalgalerie in Berlin, the Albertina and Mumok in Vienna, the Tate Gallery in London, the Sammlung Hubert Looser and the Hess Art Collection in Zurich.