Jack Bell Gallery presents a new series of paintings by contemporary artist Armand Boua. This is the artist’s eighth solo exhibition with the gallery. 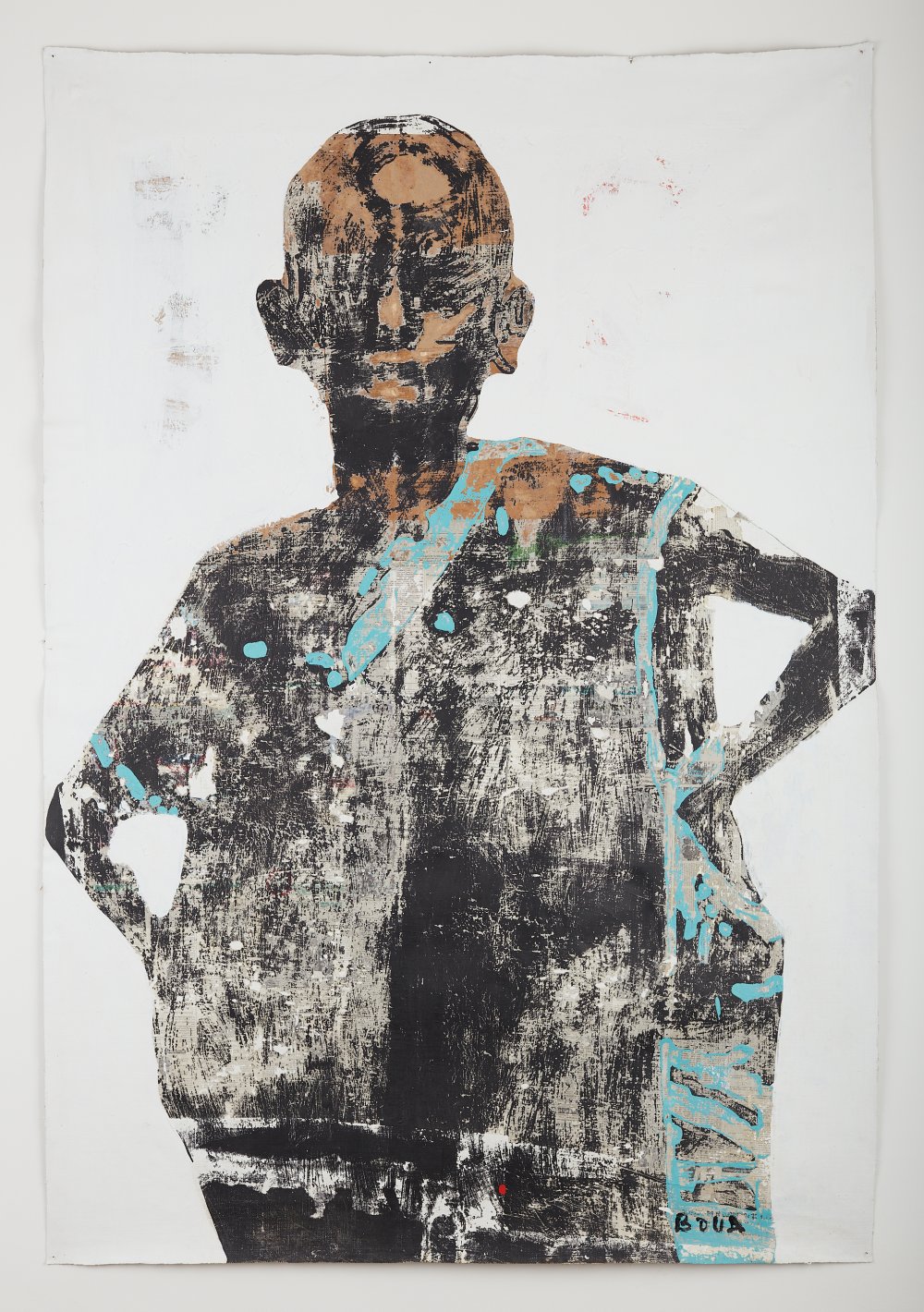 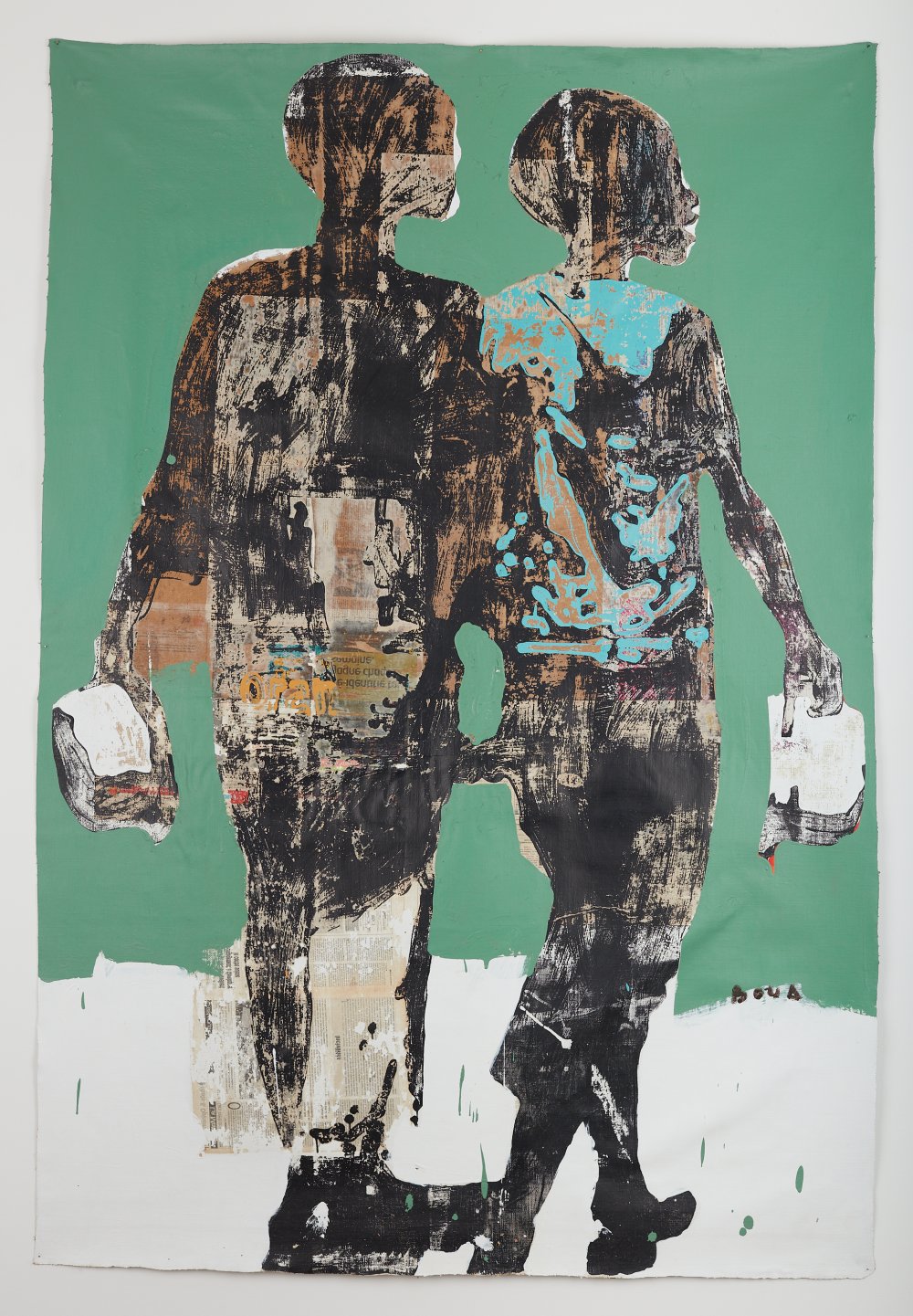 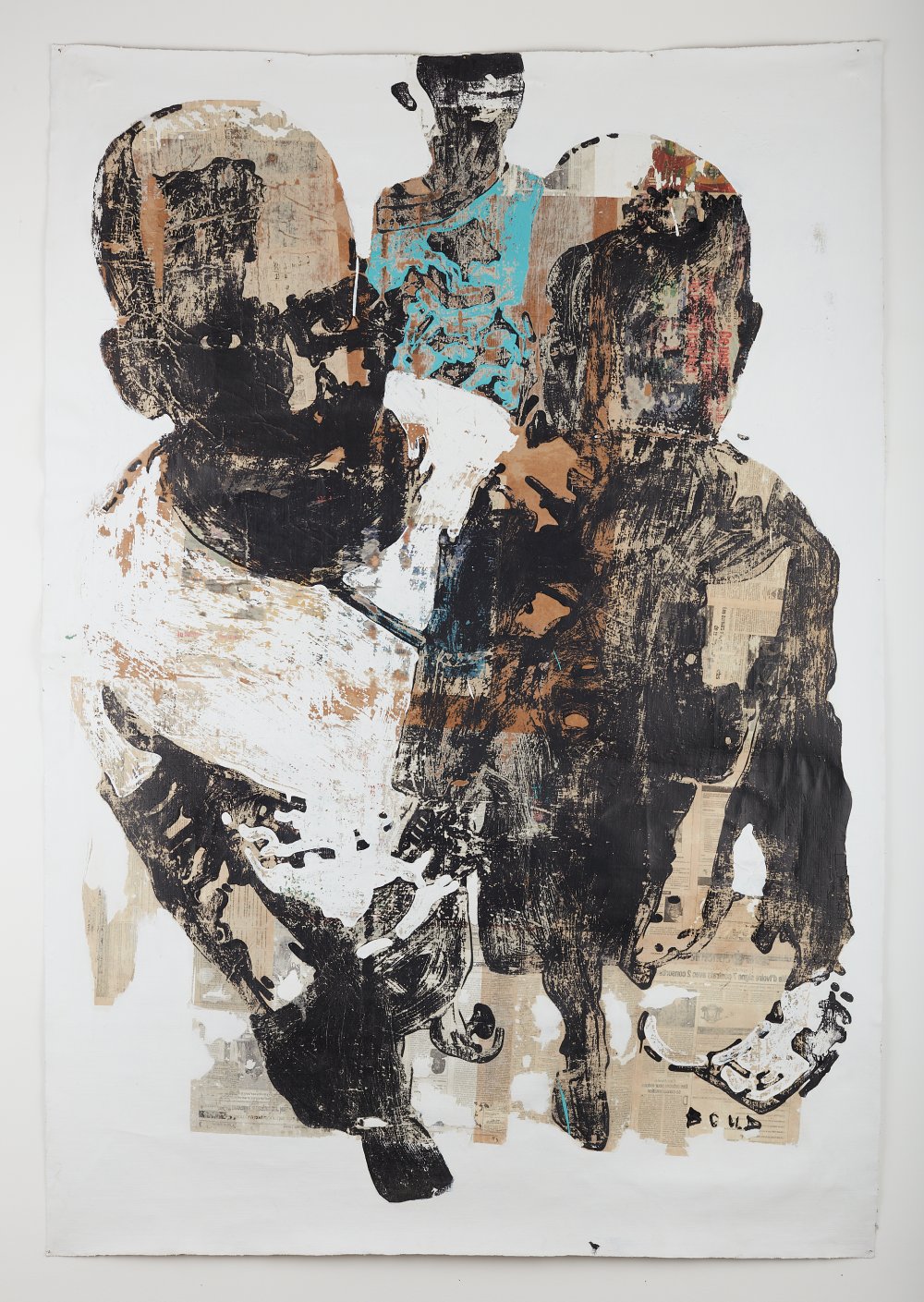 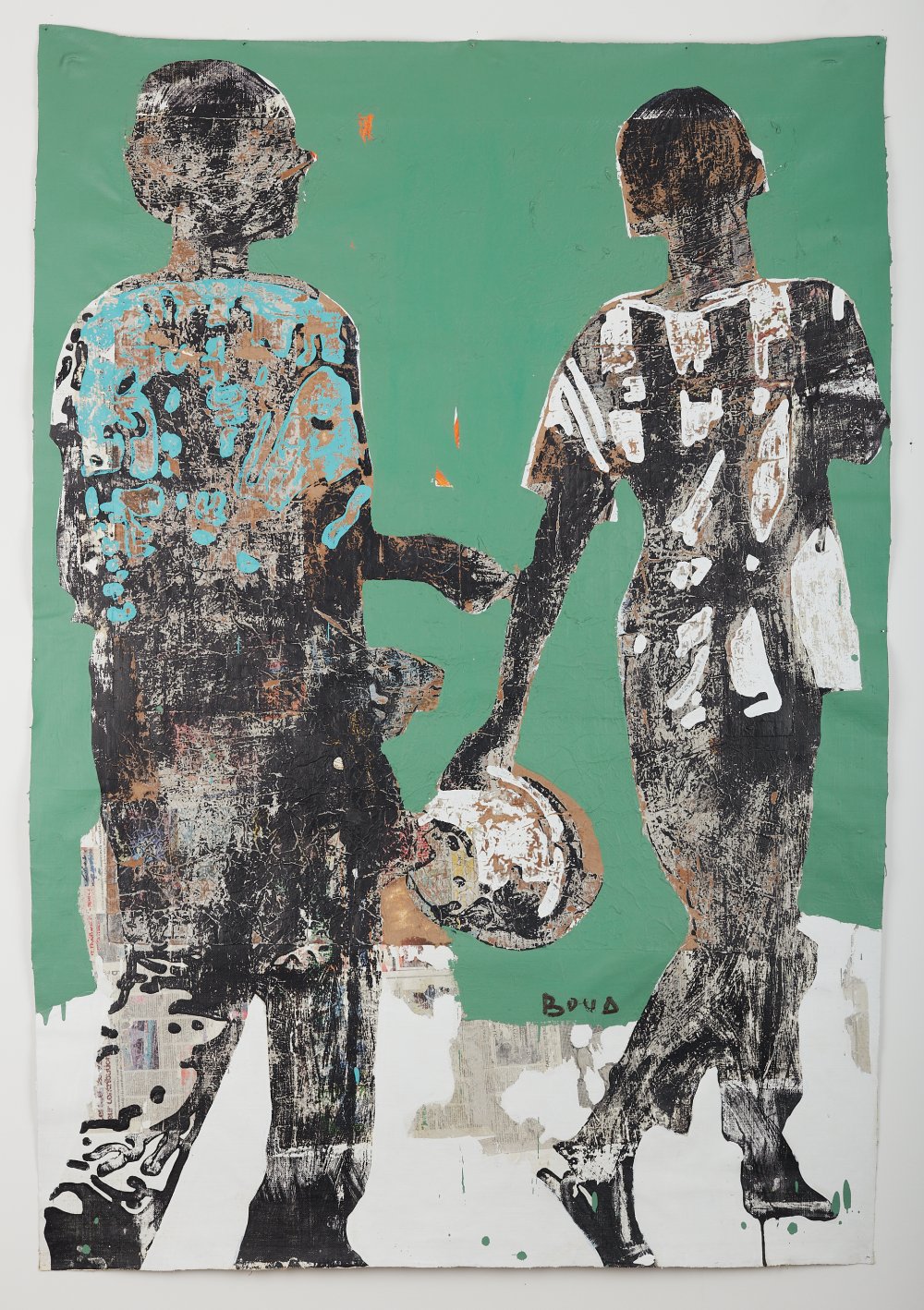 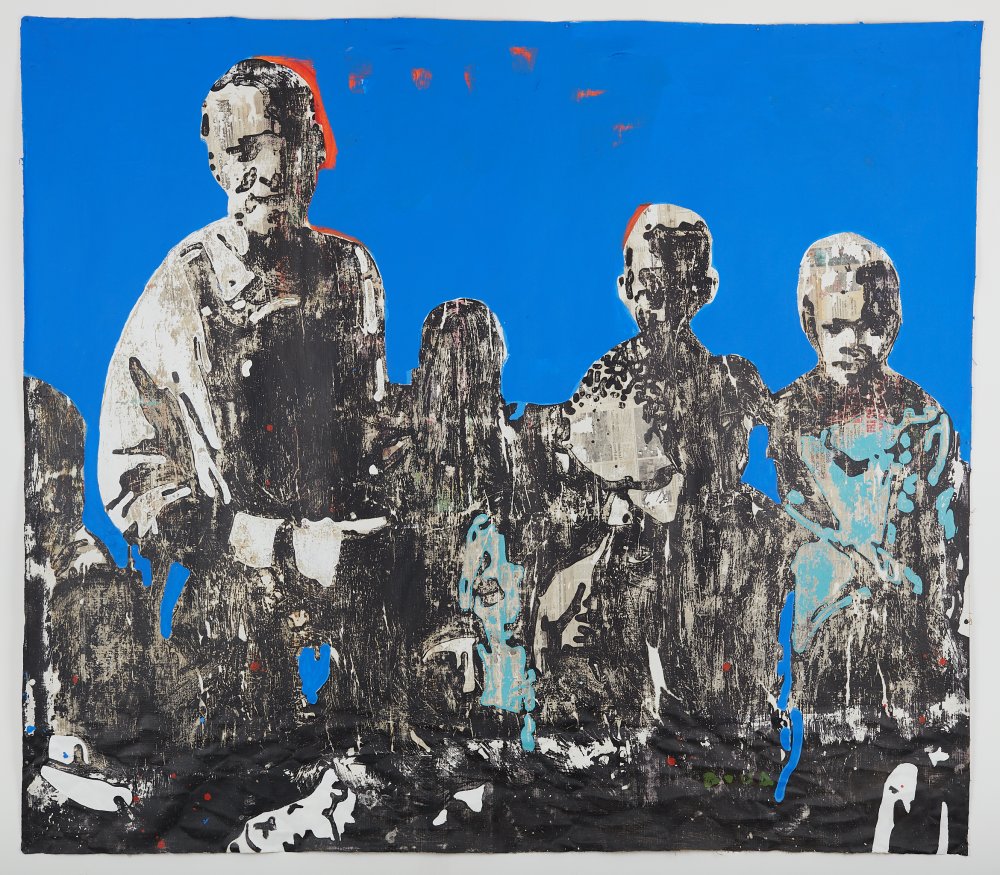 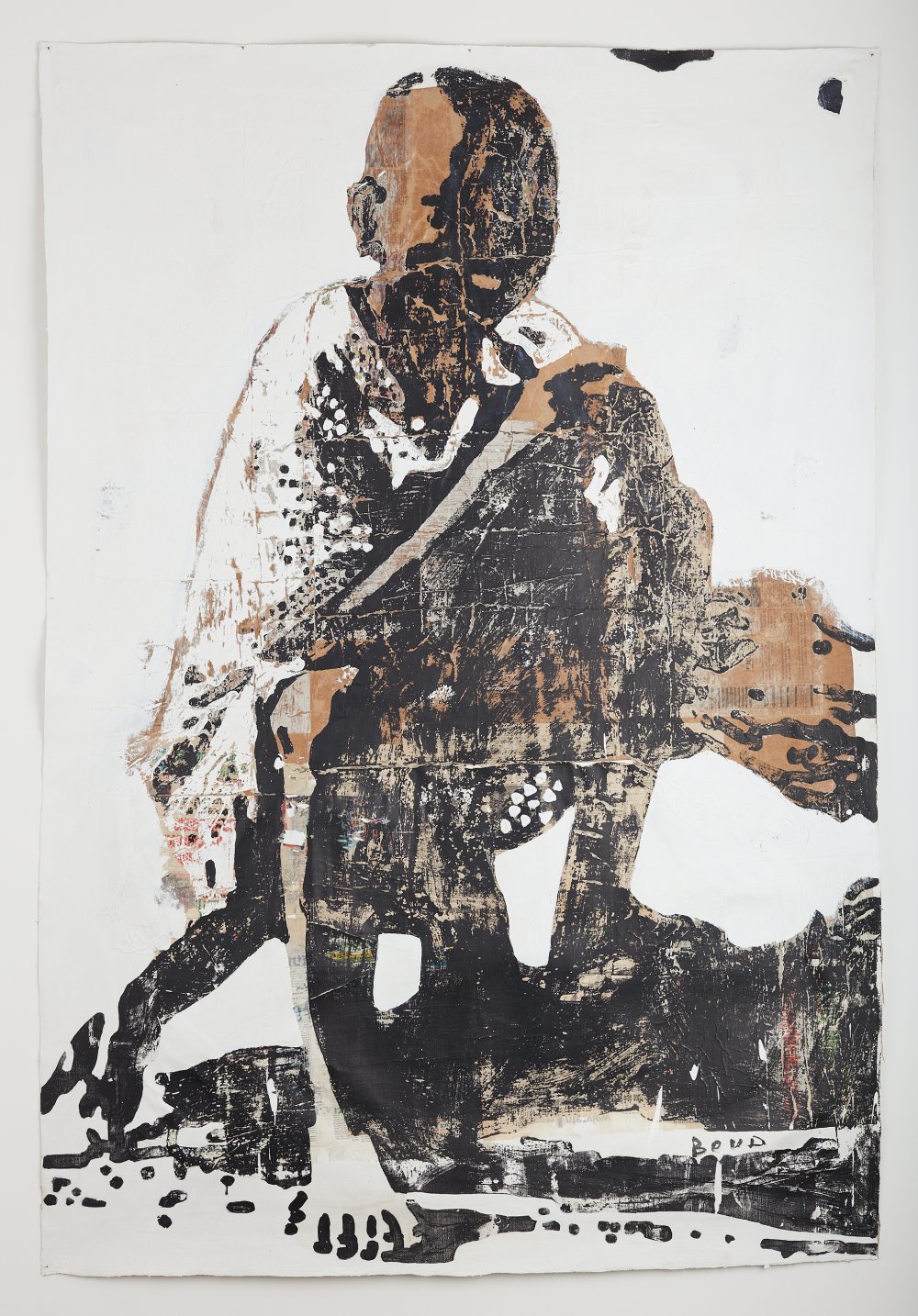 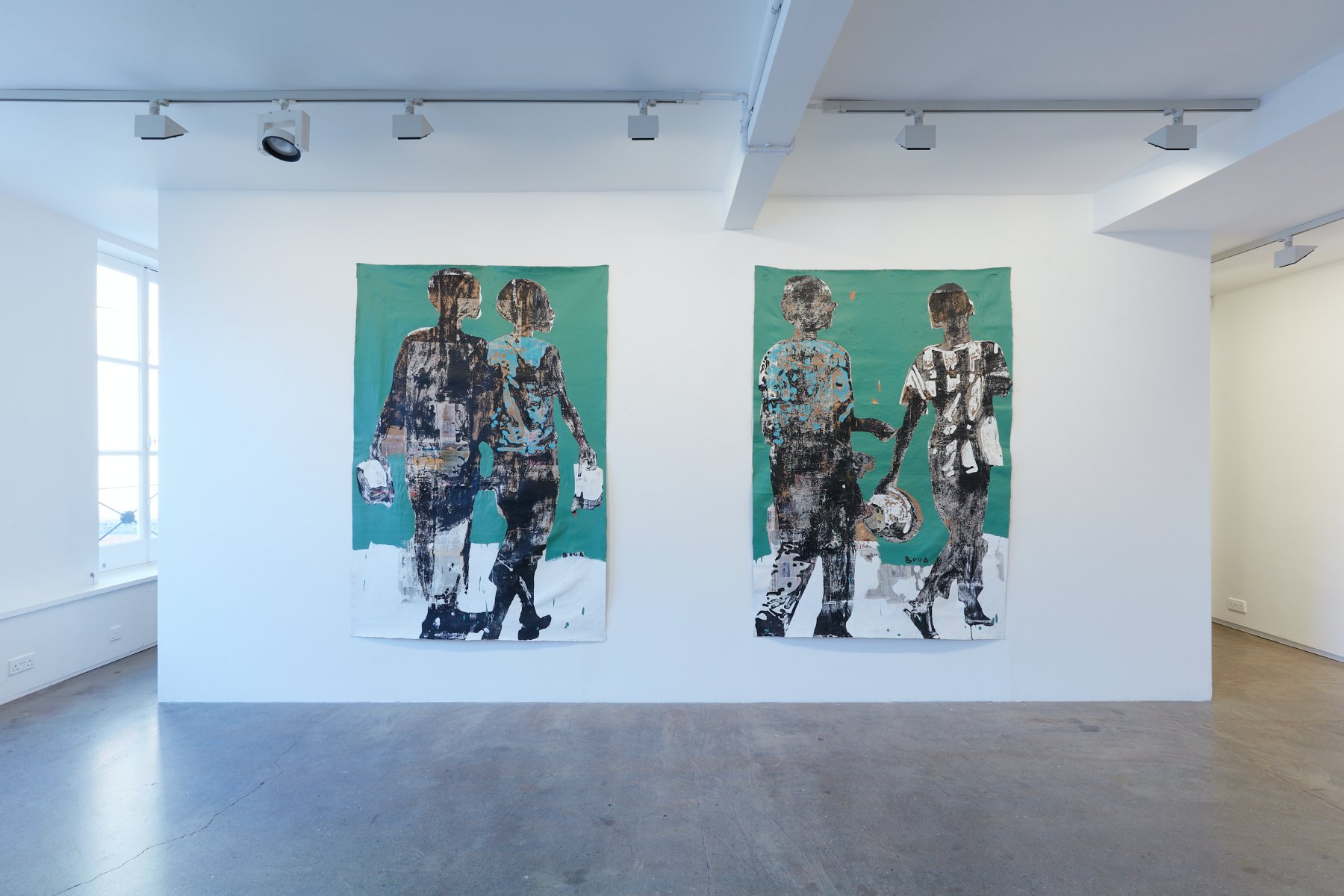 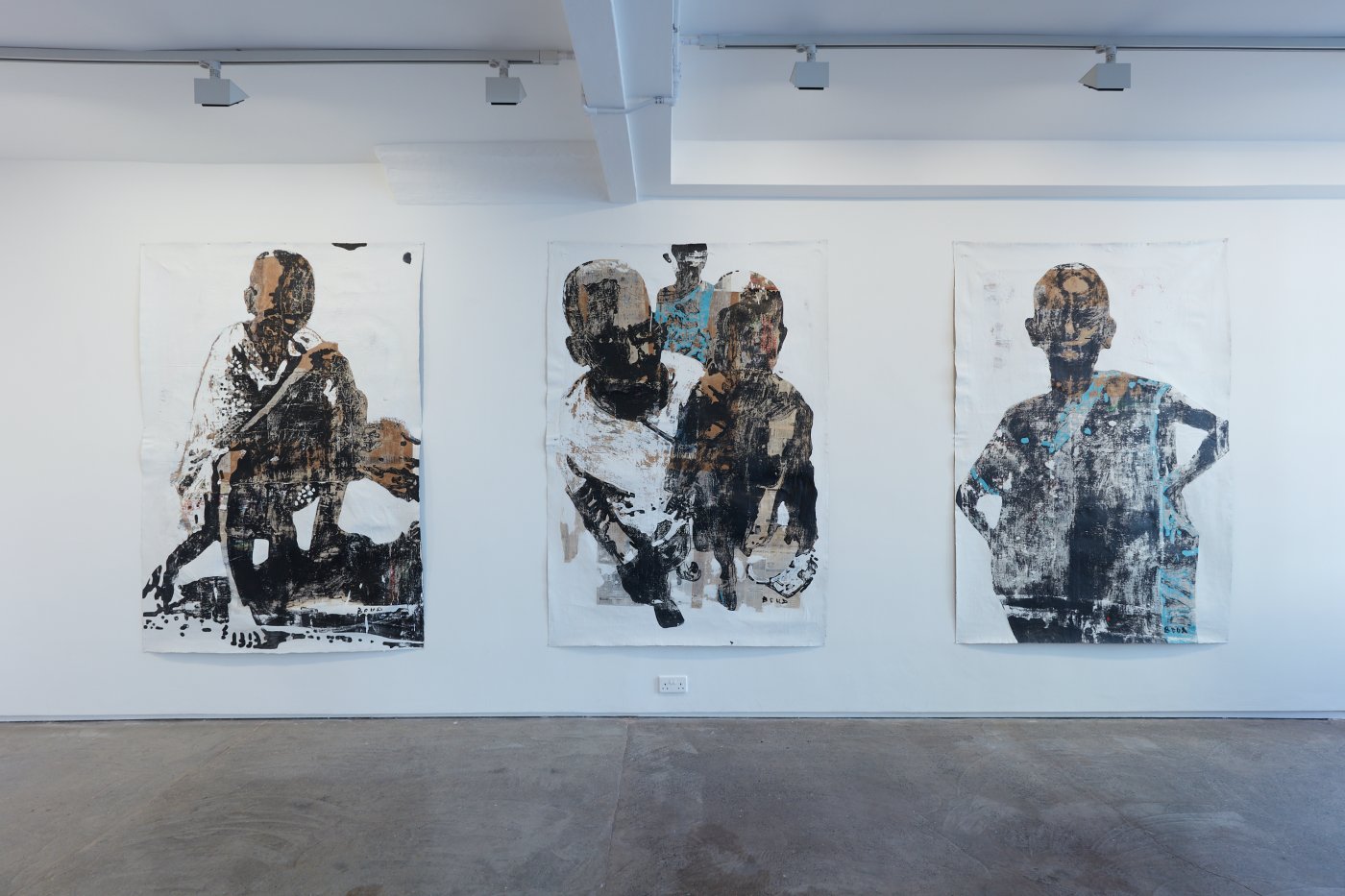 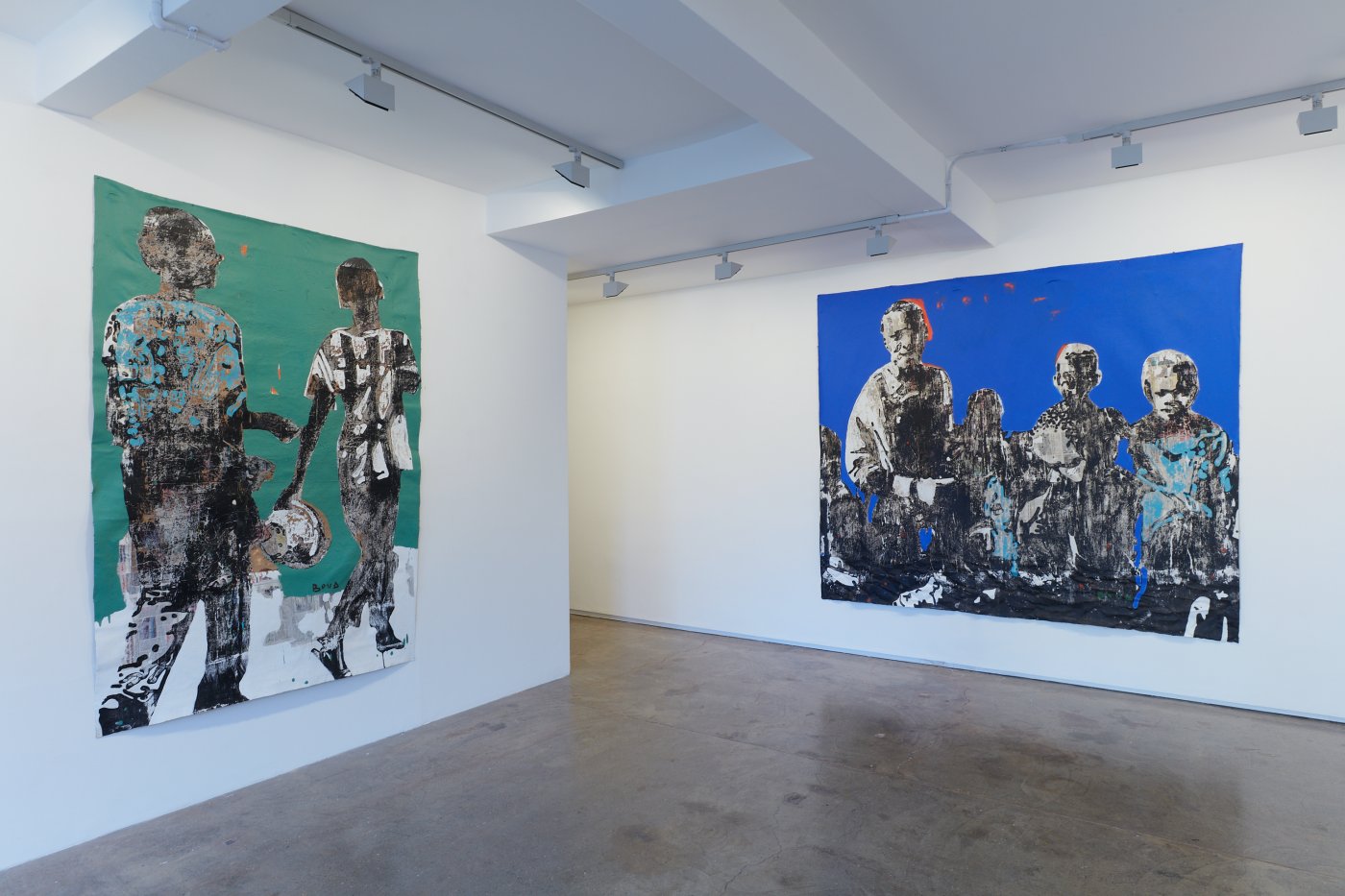 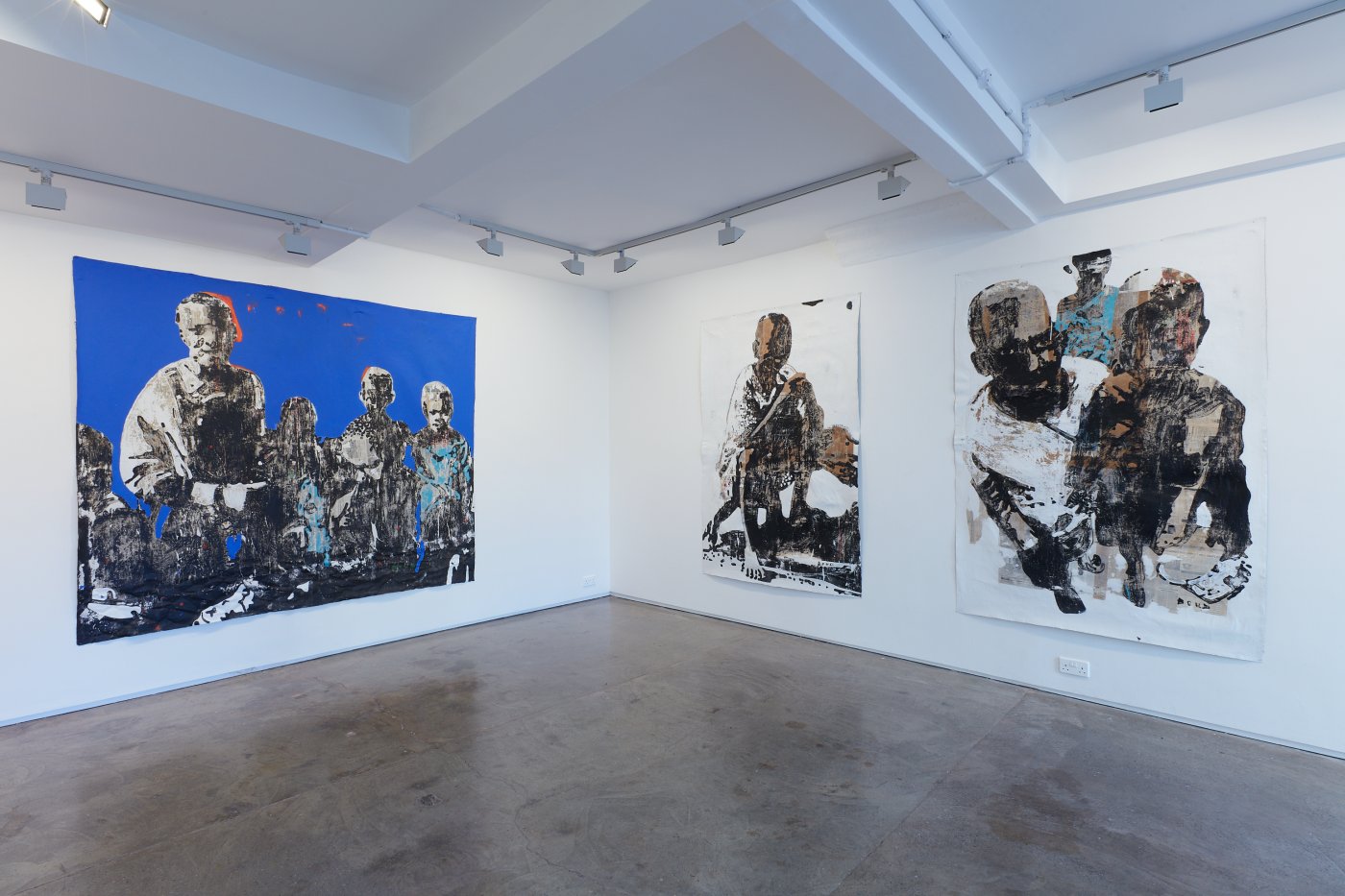 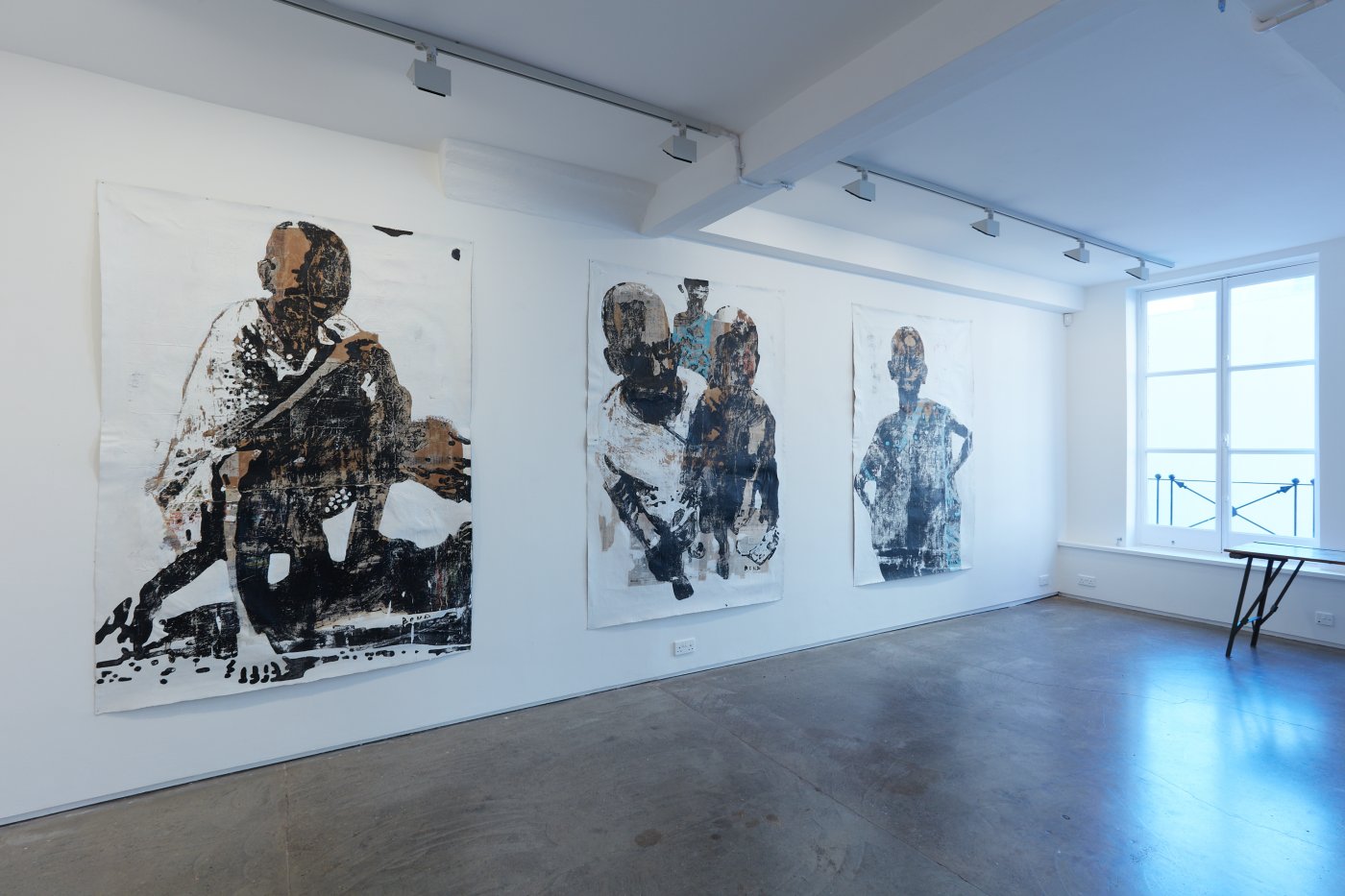 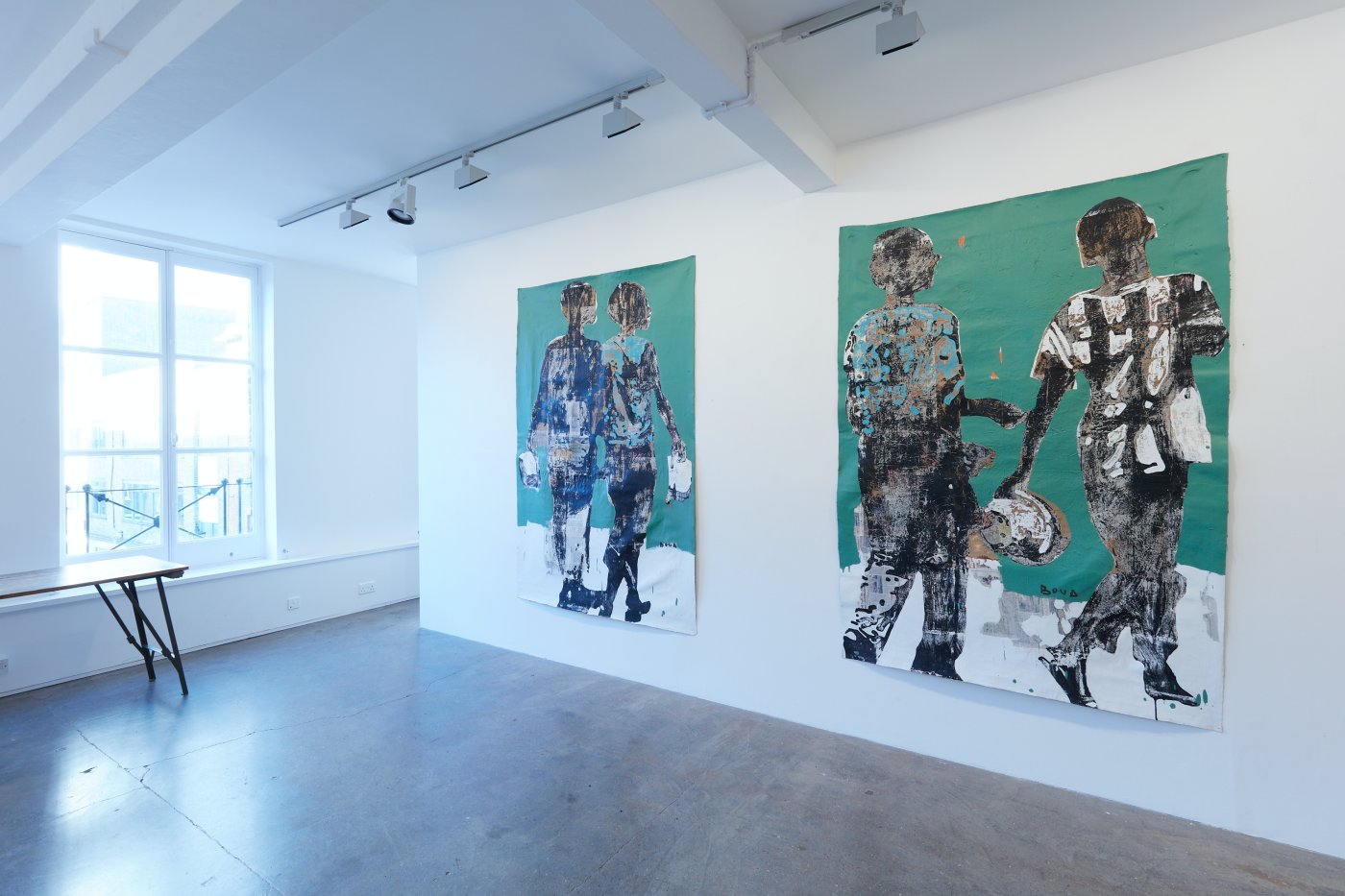 The violence that followed the disputed Ivorian presidential election in late 2010 greatly influenced Boua’s work. As the conflict escalated, many children were separated from their families amidst the political turmoil that enveloped Abidjan, Ivory Coast’s sprawling capital. Drawn to densely populated areas in search of work, the children find themselves marginalized and vulnerable to exploitation. Life in the slums means poor sanitation, minimal access to safe drinking water and overcrowded schools. Leaving the slums to escape these conditions means facing a worse predicament, enduring life on the street.

Boua takes the street kids of his hometown as subjects for a powerful set of portraits. ‘I wanted to show their suffering, their way of life’, he says, ‘so that people are finally aware of this painful reality they pretend not to see’. The artist is noted for his textured compositions, building up layers of acrylic and collage. Each layer is applied and then scrubbed and stripped back, leaving abstract forms that come in and out of focus. Boua achieves a careful balance between his heavy gestures and violent execution and the gentle treatment of his subject matter.

Boua was born in 1978 in Abidjan, Ivory Coast. His work is in the permanent collection of the Minneapolis Institute of Art, USA. Recent group exhibitions include the Vestfossen Kunstlaboratorium, Norway, and Stephen Friedman Gallery, London.