Arcangelo Sassolino: The way we were

Arcangelo Sassolino: The way we were


Galleria Continua presents The way we were, a solo exhibition of work by Arcangelo Sassolino, an artist who for more than twenty years has been pushing the boundaries of his chosen mediums, playing with the limits of the possible, with danger, and the emptiness of existence. 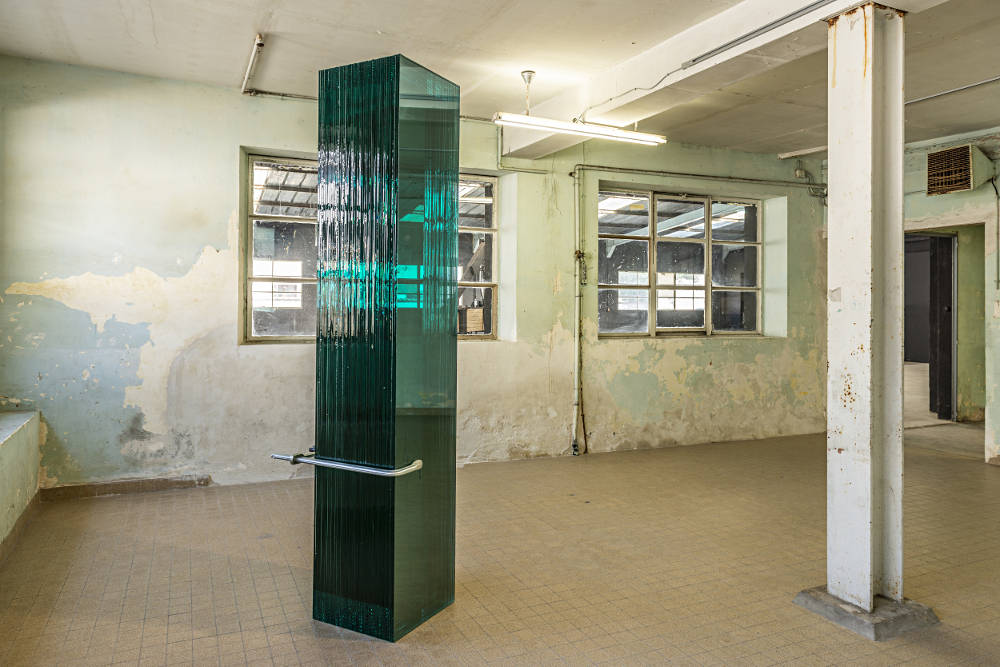 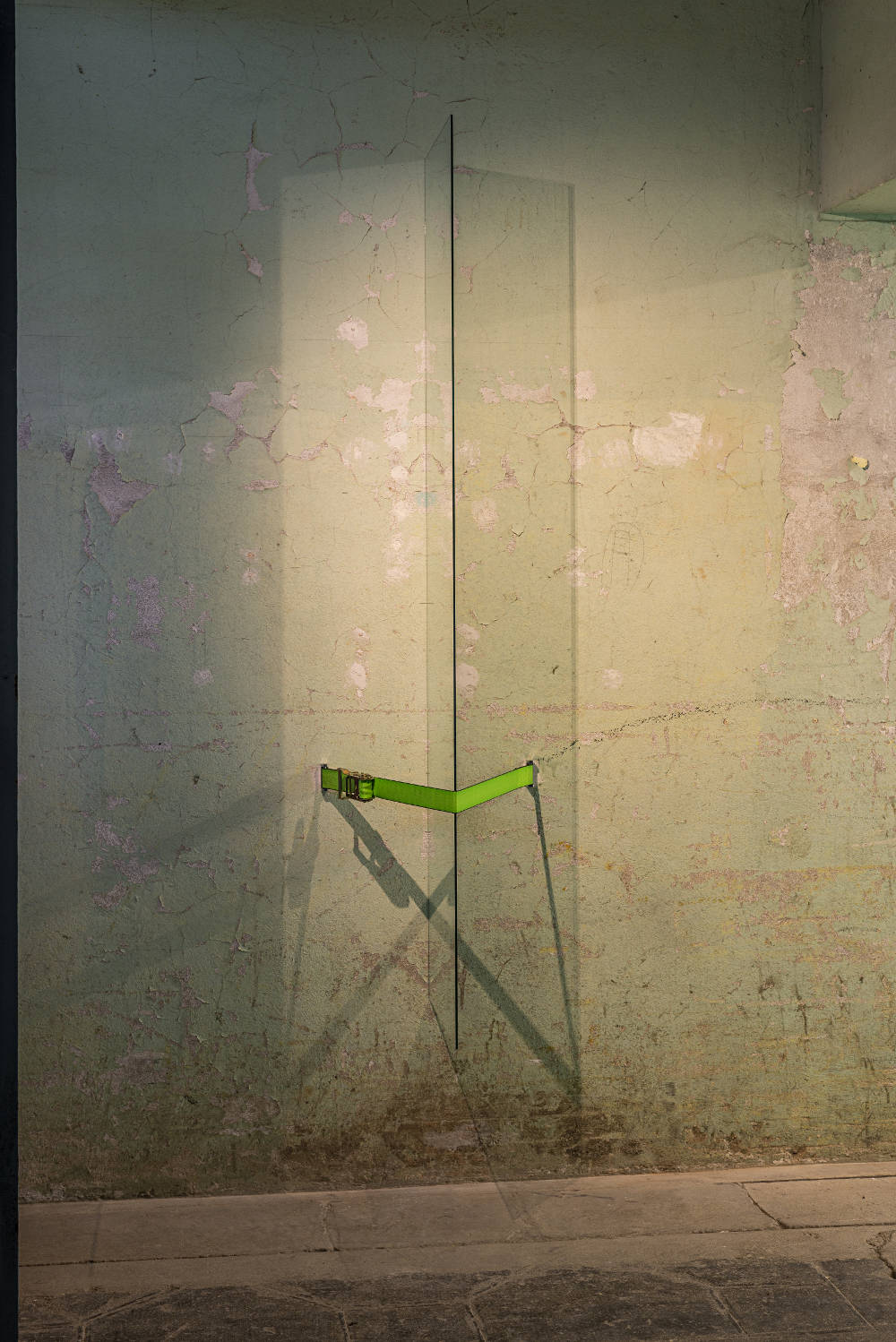 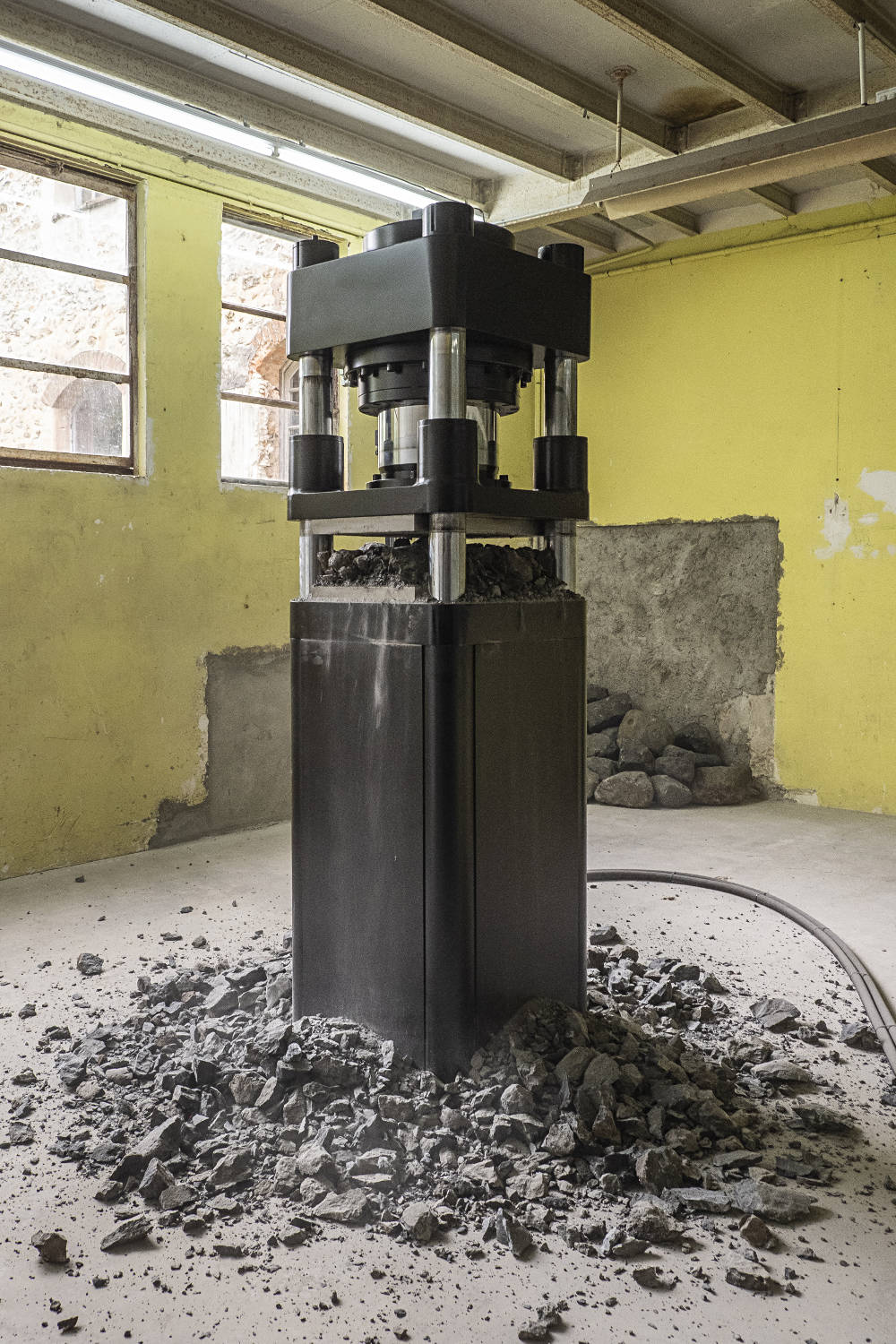 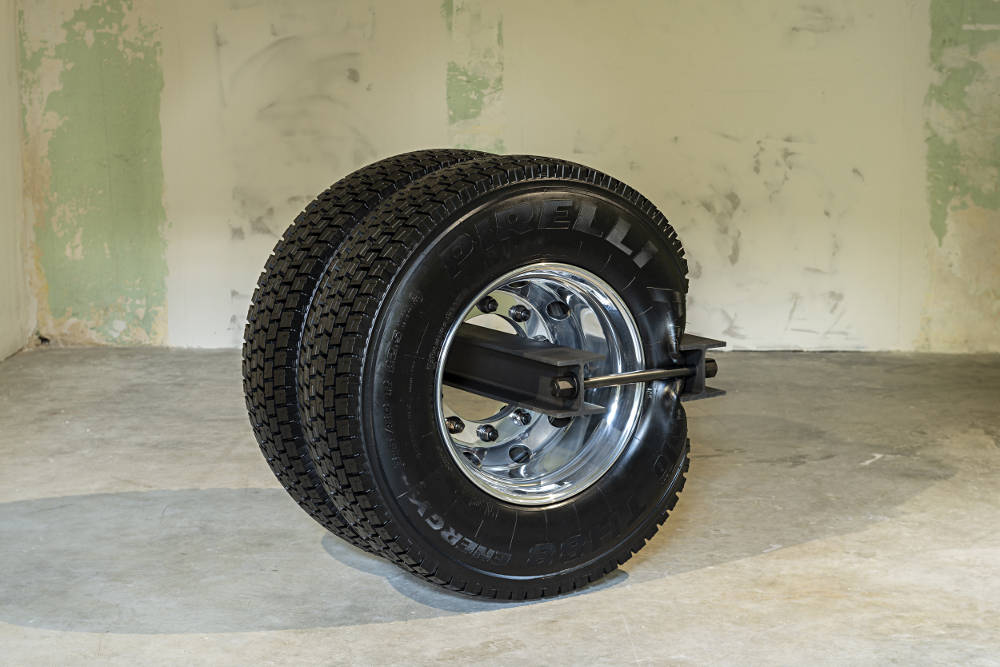 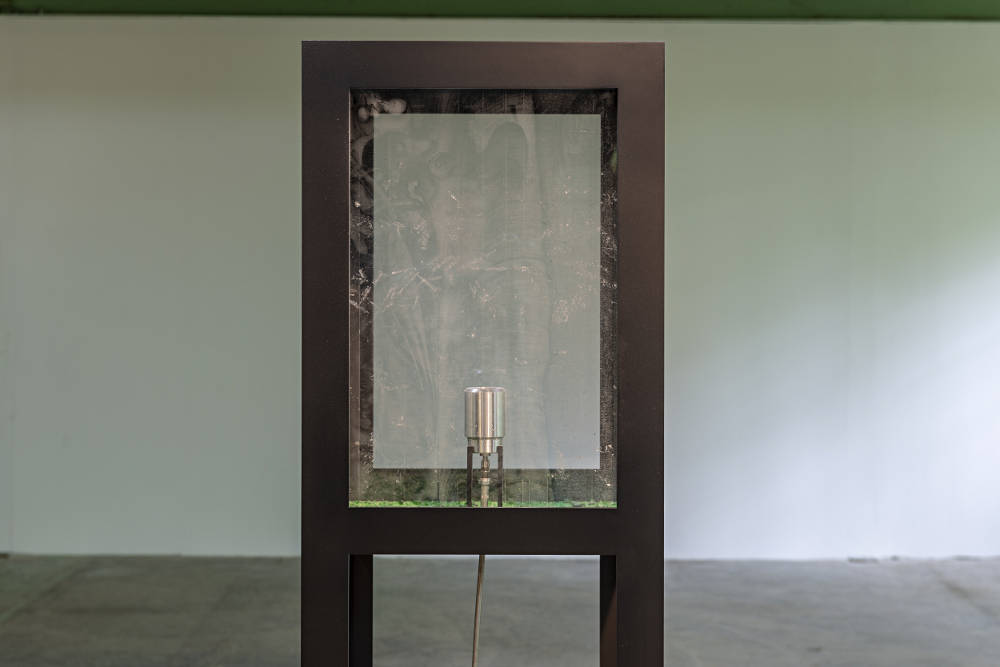 In his mechanised sculptures, materials and forms draw each other in, combine, and struggle to create a precarious balance between poetry and tension, defiantly challenging the laws of physics. Gravity, pressure, or speed take on the principal roles, animating the living dramaturgy of hieratic machines, in love with freedom and speech. The machines populate the exhibition with ‘inorganic performances’, a term used by the artist to define the cyclical, theatrical actions of his creatures.

Canto V—a reference to the Dante’s Hell, and the damned souls who inhabit it—dominates the first room. The structure looms in the space, with its wooden beam oppressed by two steel arms connected to a piston. Surprising, mute creaking noises accompany the deformation and the constant bending the wood is submitted to. These at times faint, at times loud lamentations constantly recall the danger of a possible, imminent rupture of the wood, which never happens.

Sassolino’s works are the fruit of extended investigations into the possibilities and weaknesses contained in industrial materials. He evaluates, then upsets the vulnerability of glass, the structure of cement, steel’s mass, without ever losing their aesthetic power from view. With Stelle, fragments of glass are uncertainly held together by plastic ties. Their sharp, irregular lines reveal the fragility of the work and transform these wall-fixed orbs into shooting stars.

Further on, another kind of tortured soul rises up: The way we were, exhibited here for the first time, and lending its romantic title to the exhibition. The speed and the brutal force characterising the violent action of the press make it possible to crush a black basalt rock in less than two minutes. It is an action in complete opposition with the sweet-sounding name of the piece, with its reference to the Hollywood splendor of the 1970s. The way the piston ineluctable descends, halts, then reascends, whether or not there is a rock under it, creates an infinite cycle, the story of Sisyphus as mechanical myth. The perpetual fragmentation heralds life’s ephemeral nature and the inexorable passing of time, which leaves nothing behind it but a pile of dust.

A number of less performative, static works make up the rest of the exhibition. Massimo is a double truck wheel, the tires compressed by a steel vice, which distorts their form. A painful, vain resistance is put into play, in which the tires try to resist this foreign pressure in order to return to their original curved shape. With Untitled, a layer of cement is poured onto a sheet of deformed polycarbonate. The sheet is removed once the cement has dried, and reveals the imprint of every fold, every contour in the sheet. With its workmanship, with thickness, its colour, cement becomes a tamed, protean artistic medium capable of offering up new aesthetic possibilities.

But the coup de grâce, the exhibition’s closure, is to be found in D.P.D.U.F.A. (Dilatazione Pneumatica Di Una Forza Attiva). A bottle encased in a steel box, isolated with polycarbonate, is connected by a tube to a cylinder full of nitrogen. The slow diffusion of the gas turns out to be fatal for the glass bottle, which explodes without warning. Repetitive actions, the obsolete rituals are once more condemned to fail, whether as the failure of the action to complete itself, or the destruction of the material. The viewer finds herself immersed in a state of permanent tension, anticipating the moment when something will fall, or the aftermath. Without closing her eyes, she advances prudently through a universe that constantly references the inevitability of passing time. It is with the last explosion, the ferocious conclusion to the life of an inanimate object, that Sassolino holds in reserve the final, theatrical flourish.