Yancey Richardson Gallery presents Screened Pictures X, an exhibition of photographs by Anthony Hernandez showcasing the most recent development in the artist’s career-long exploration of the urban landscape of his native Los Angeles. Several of the earliest works from this series were shown at the 2019 Venice Biennale. 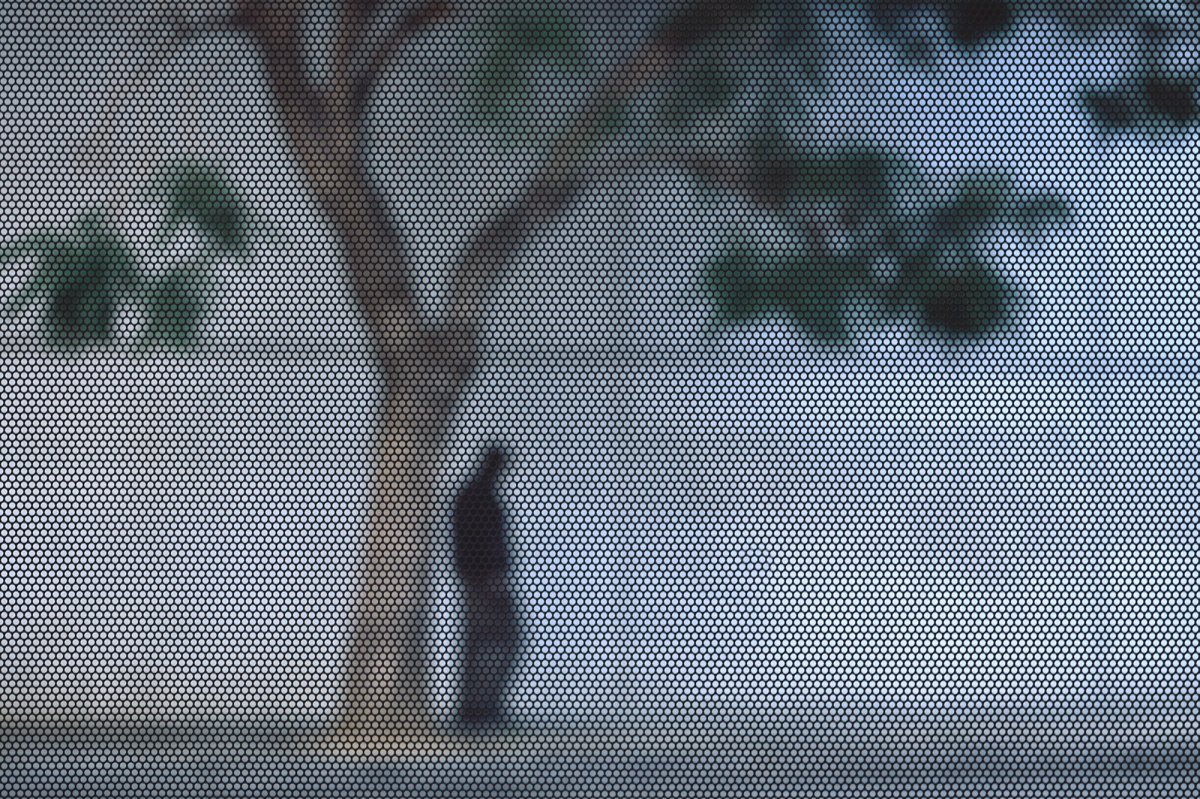 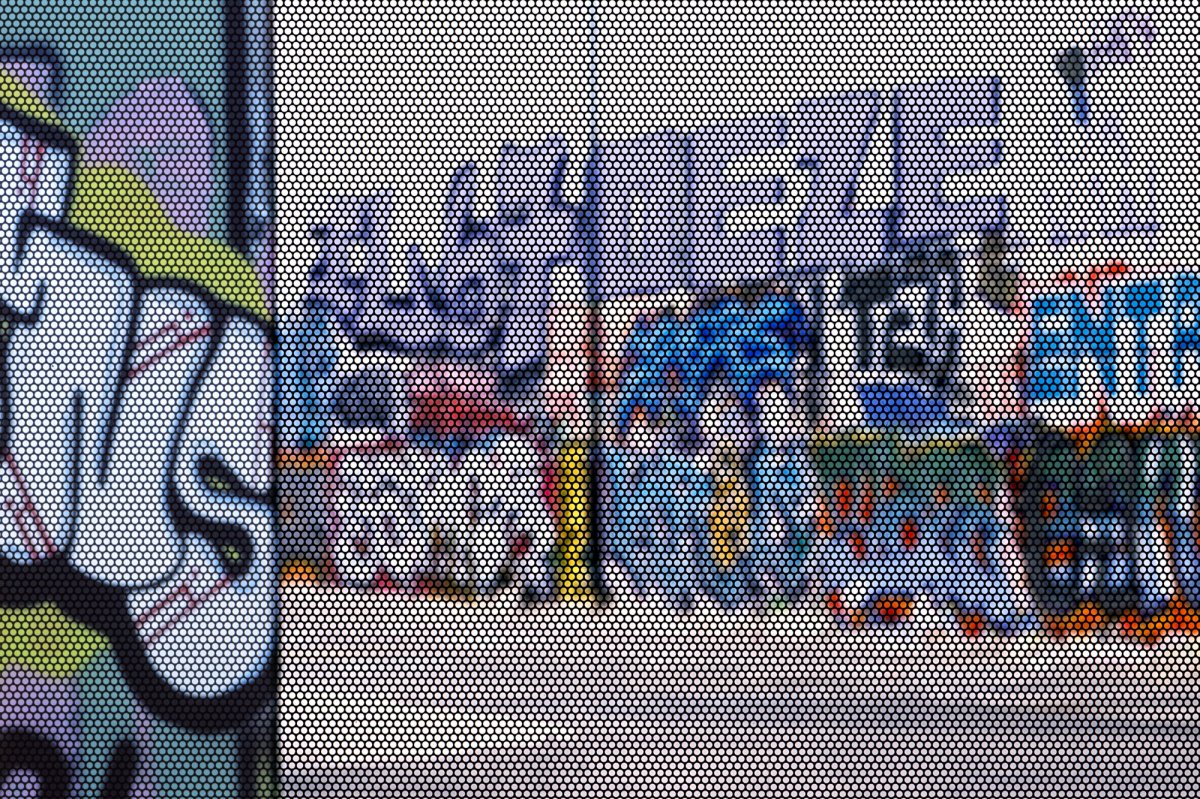 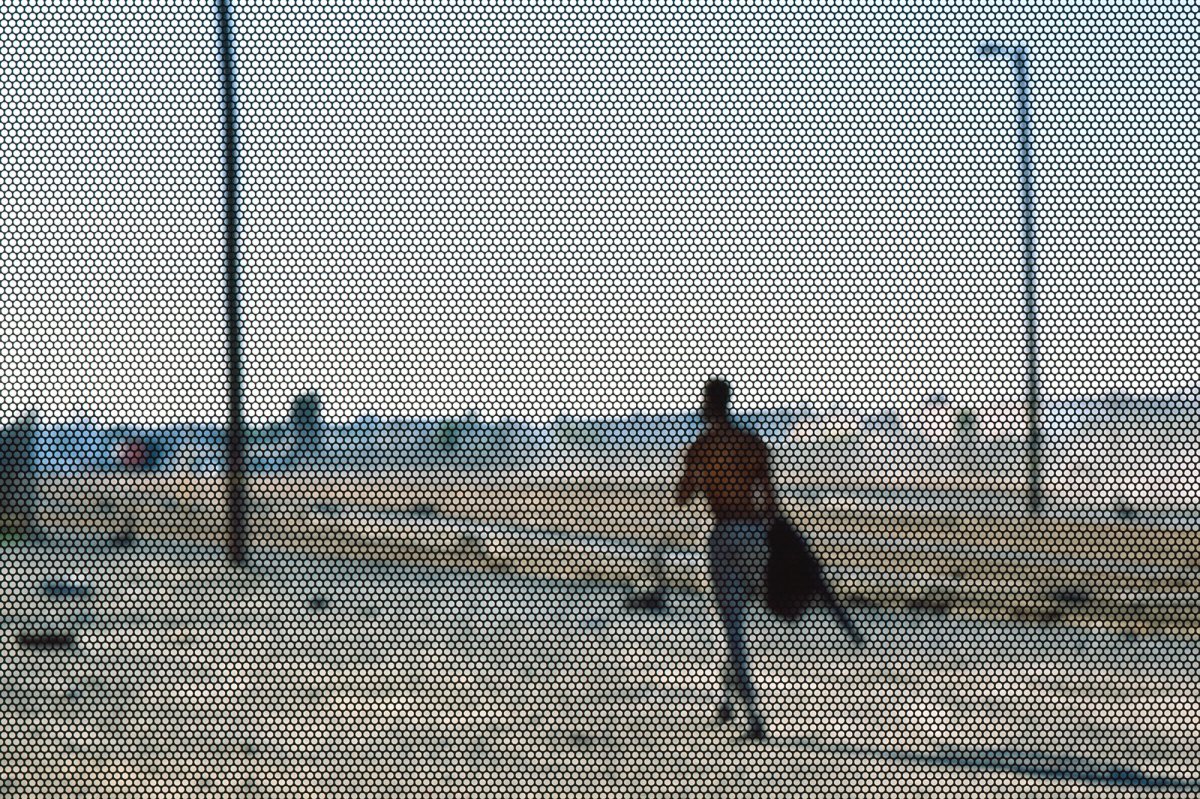 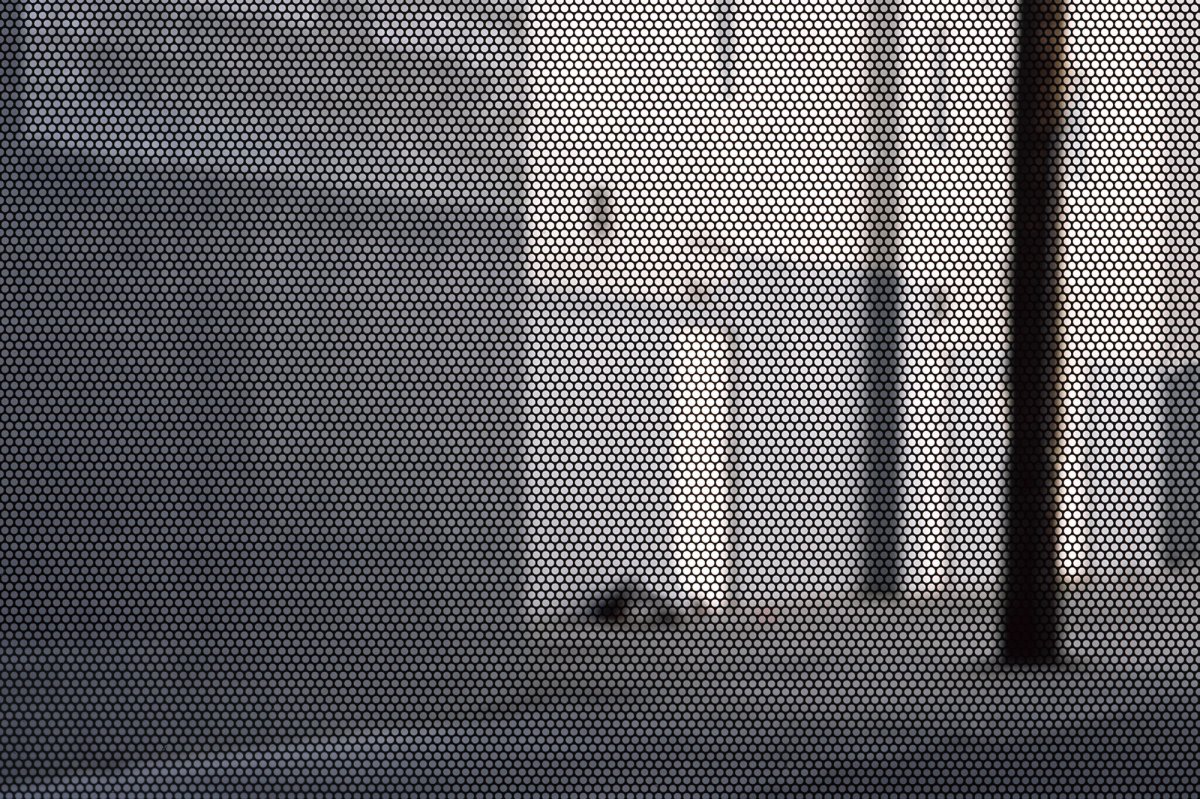 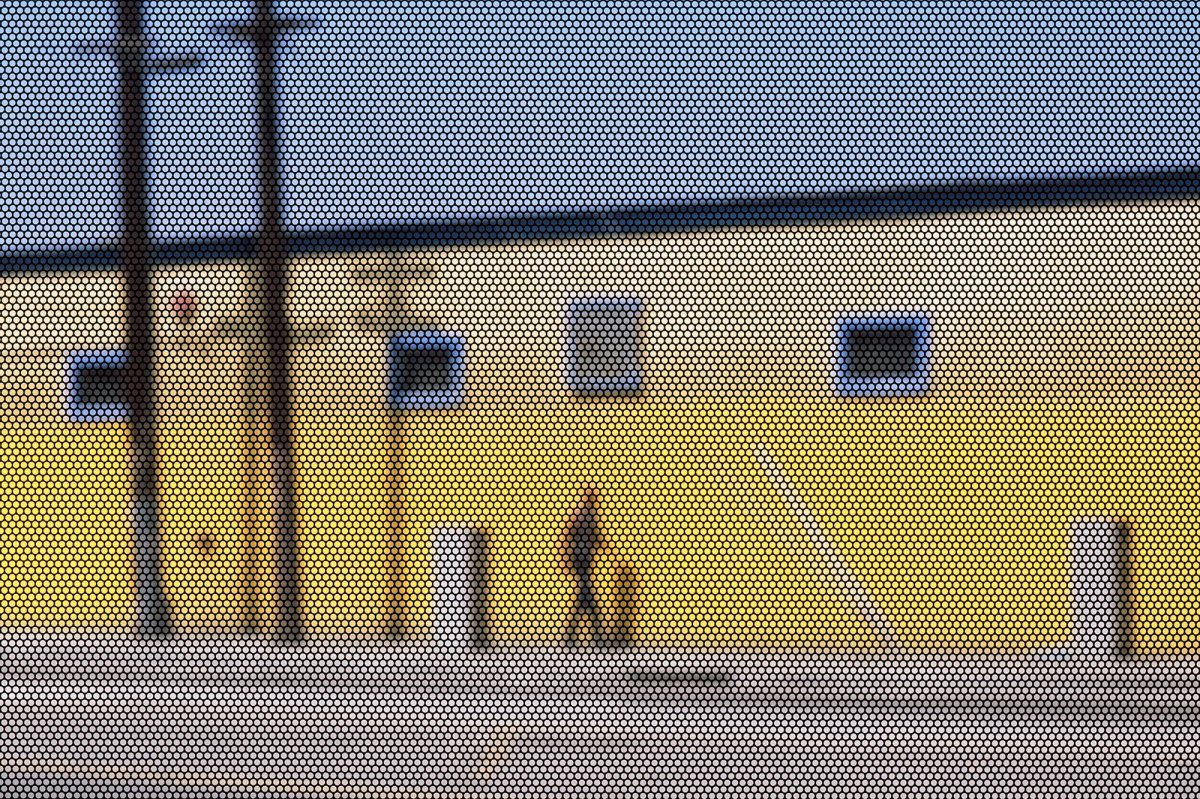 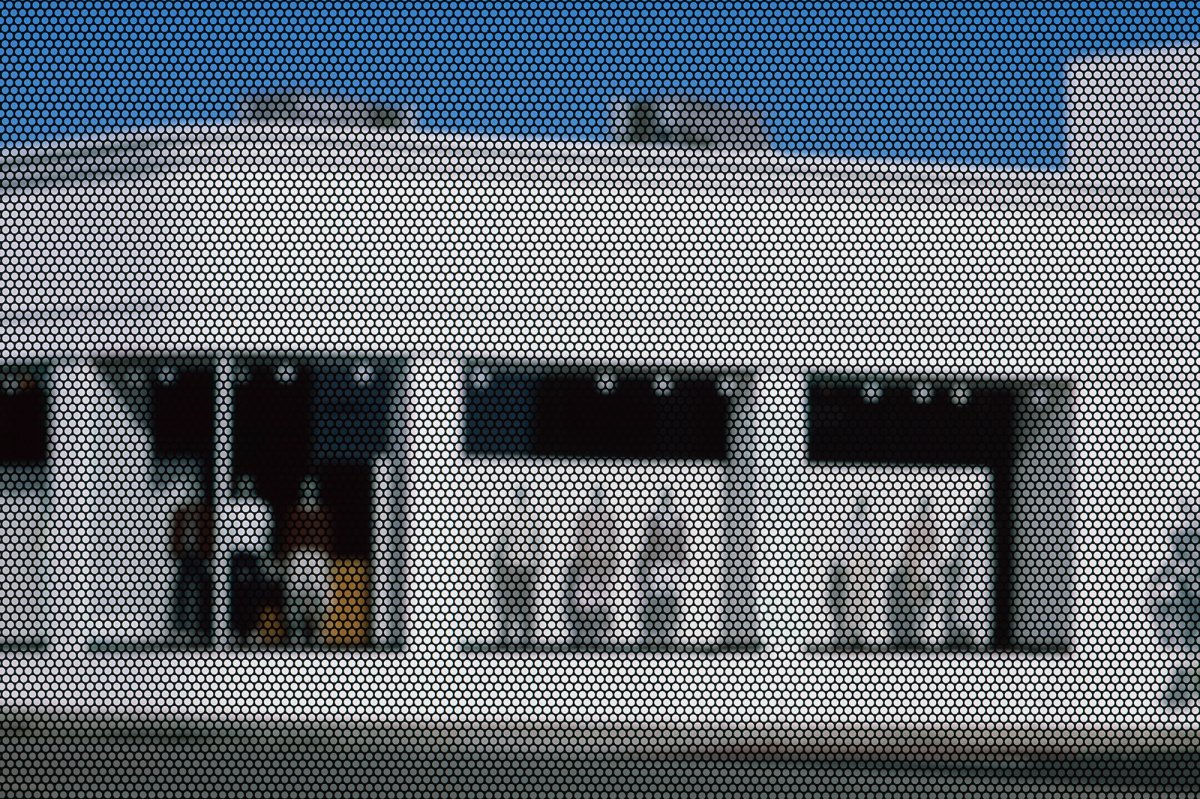 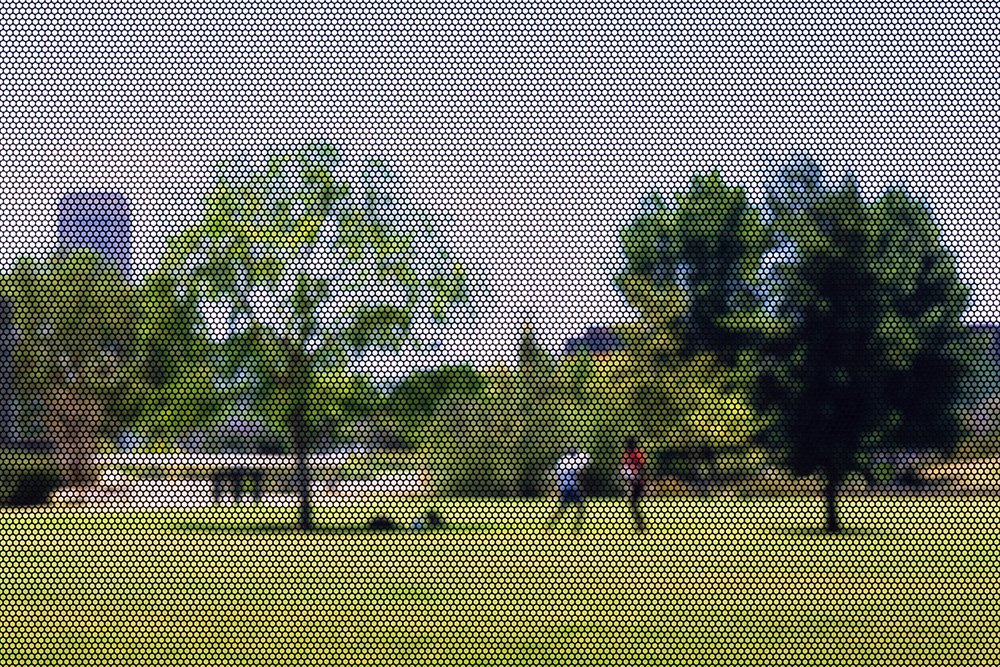 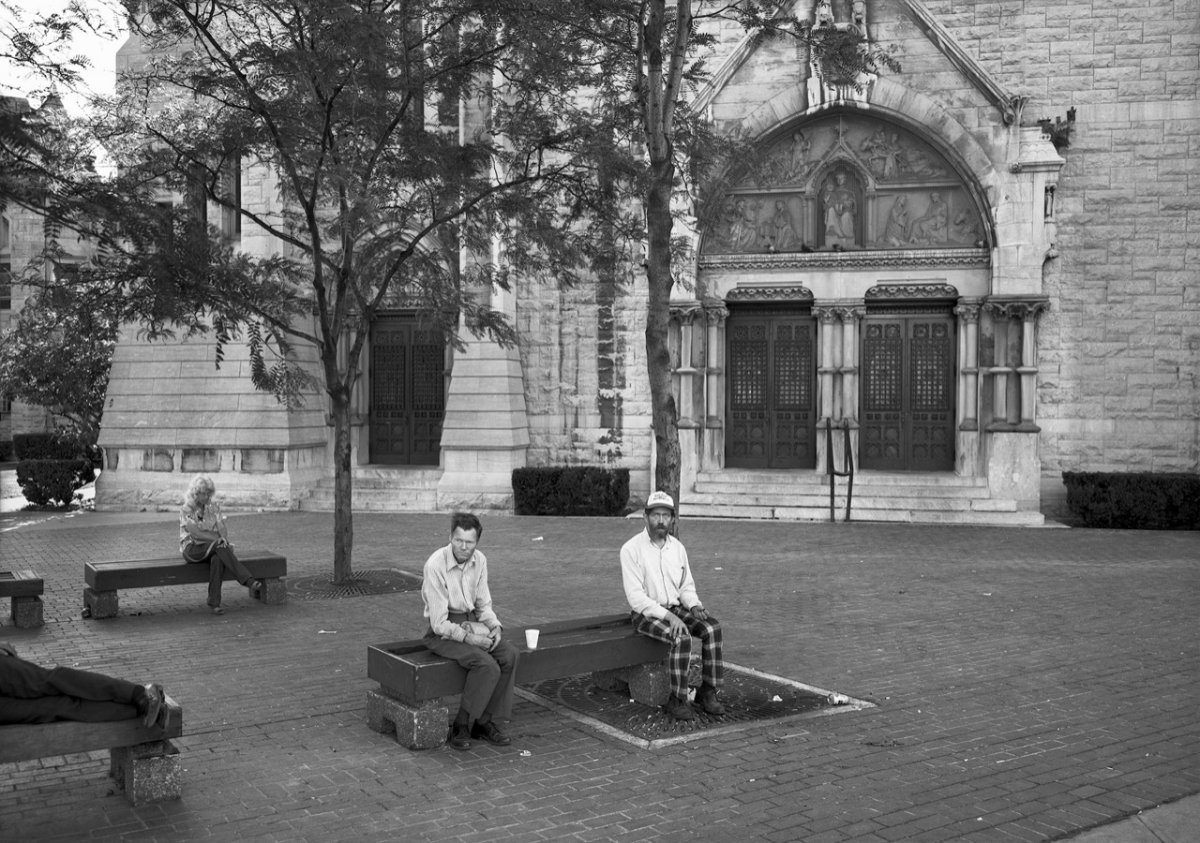 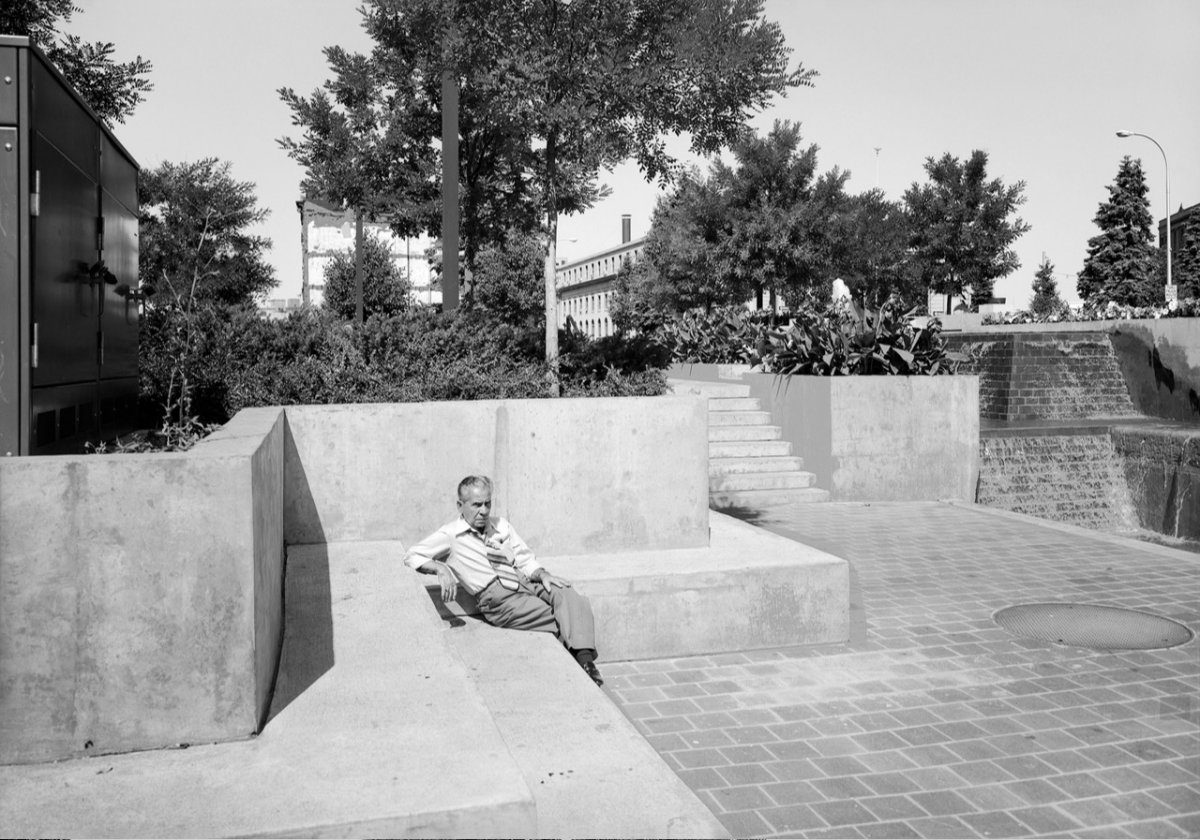 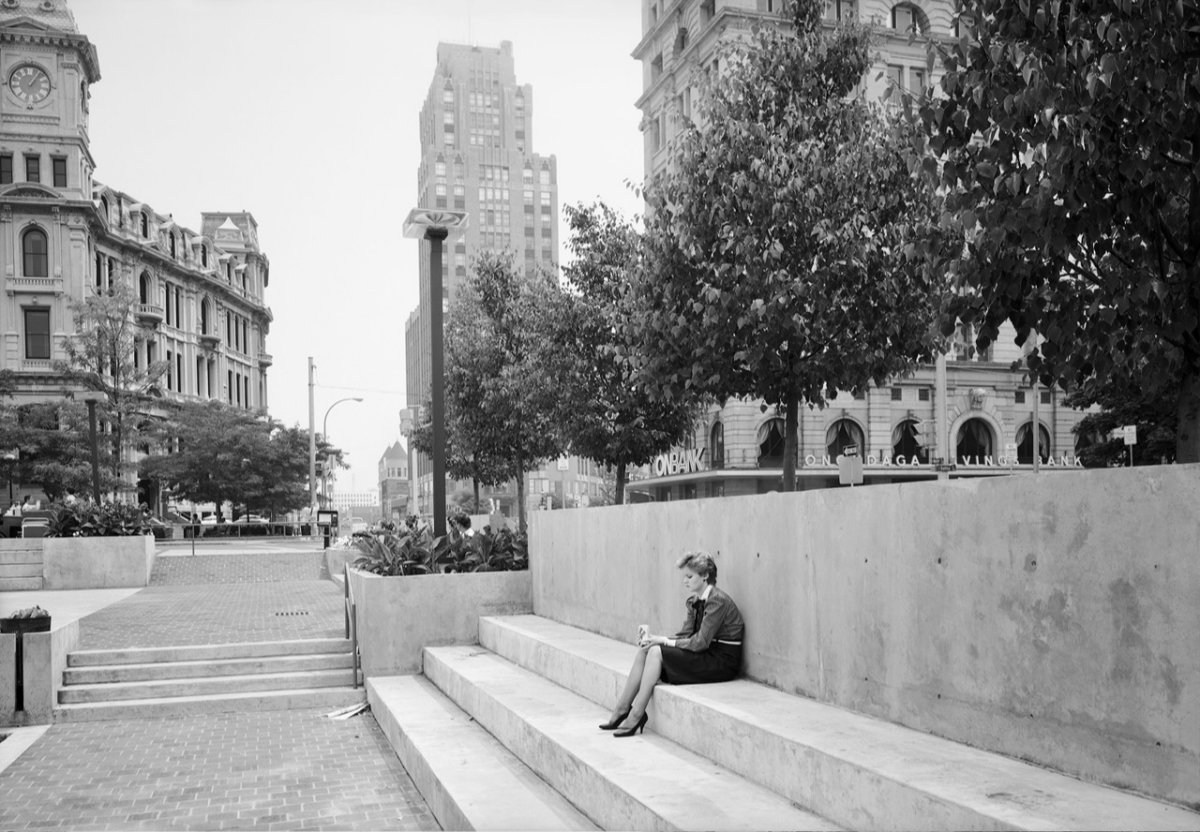 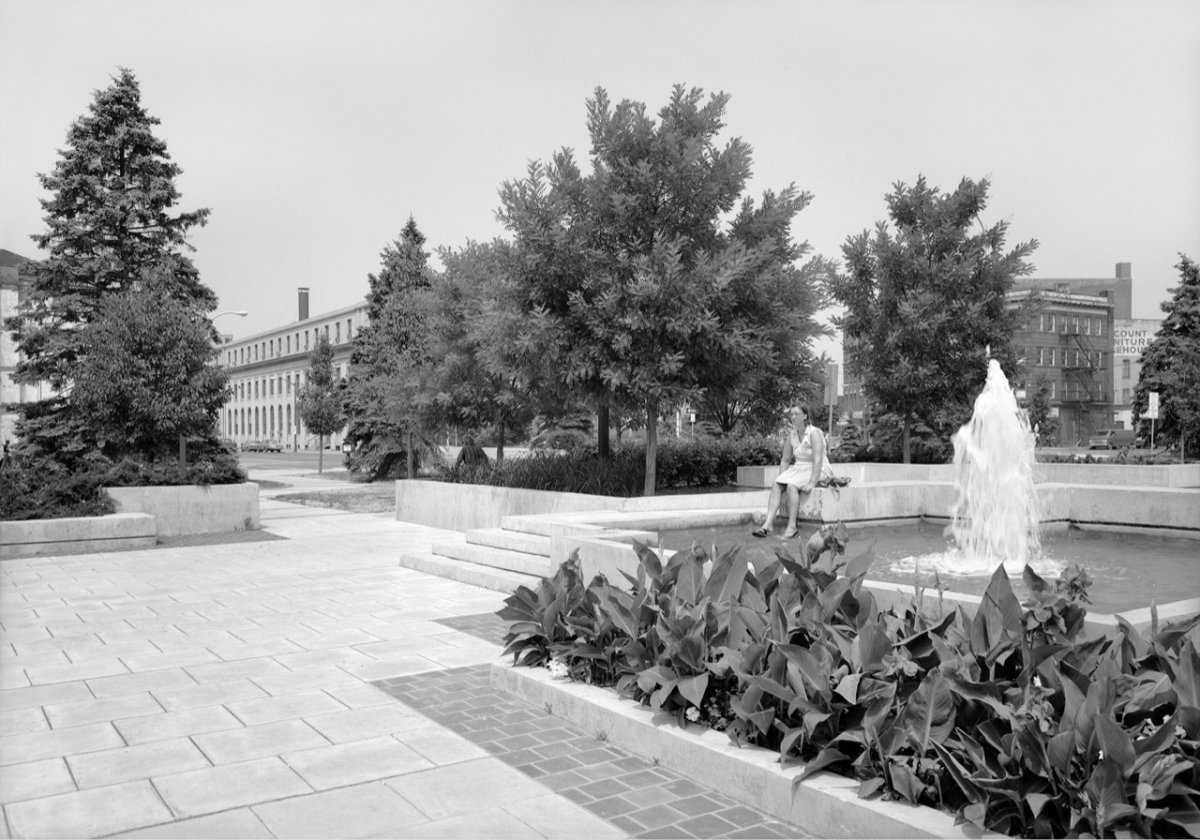 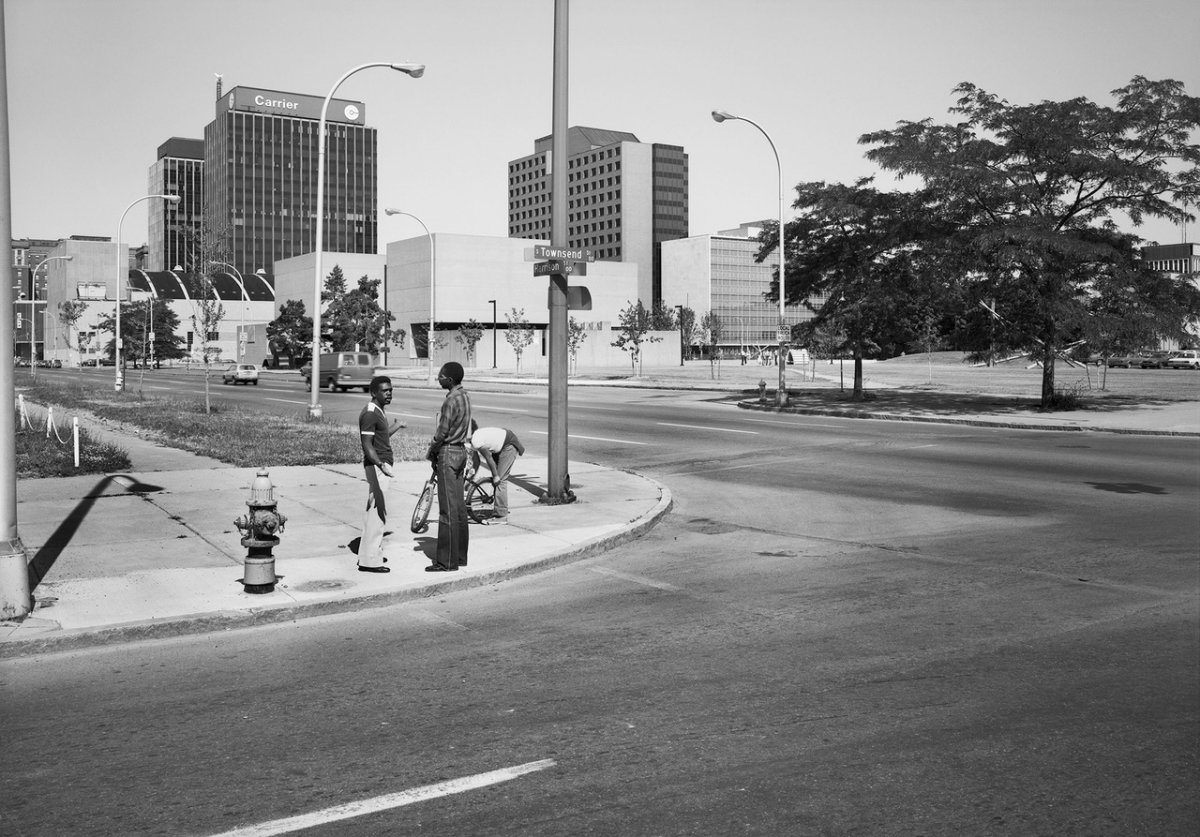 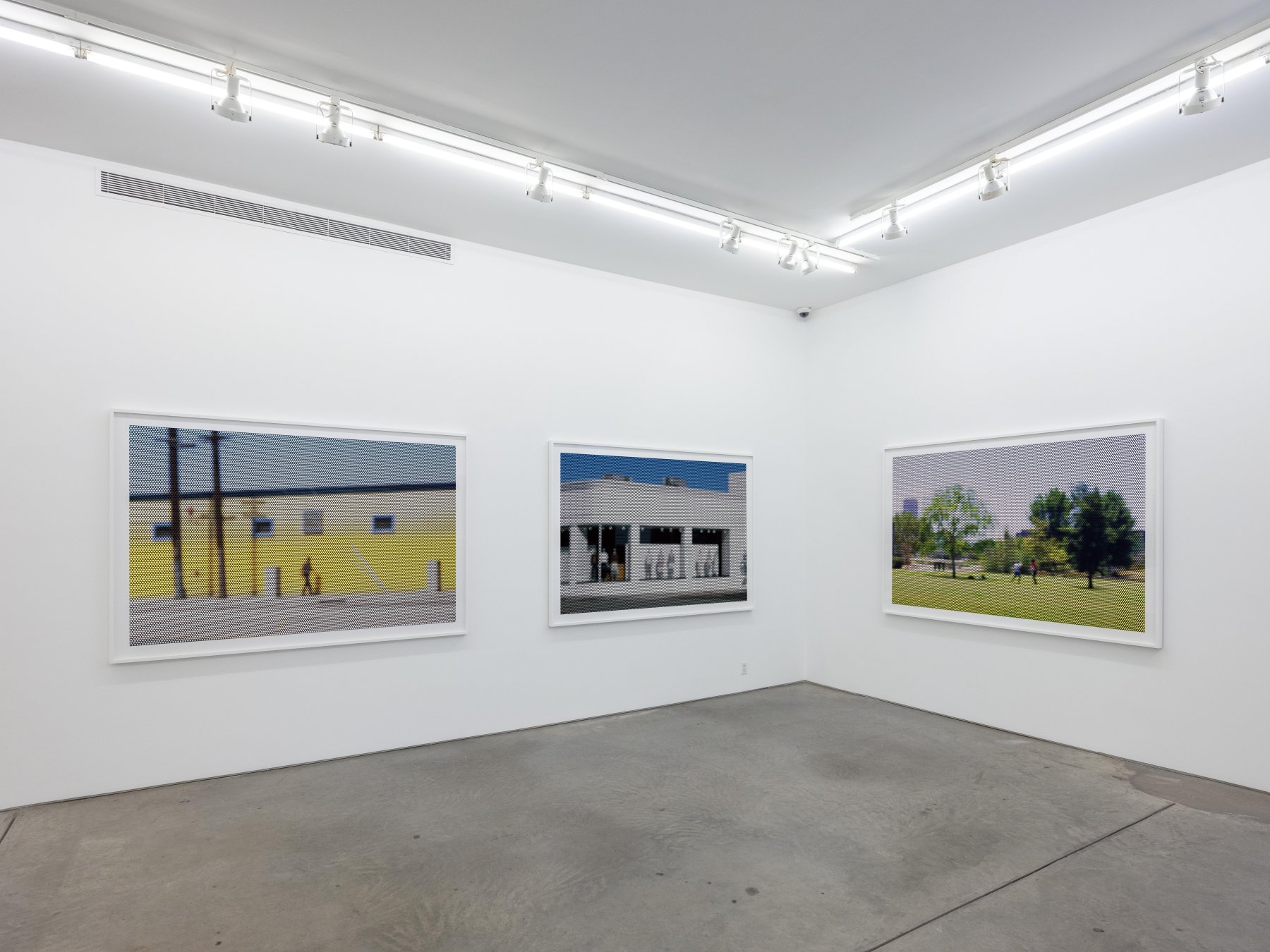 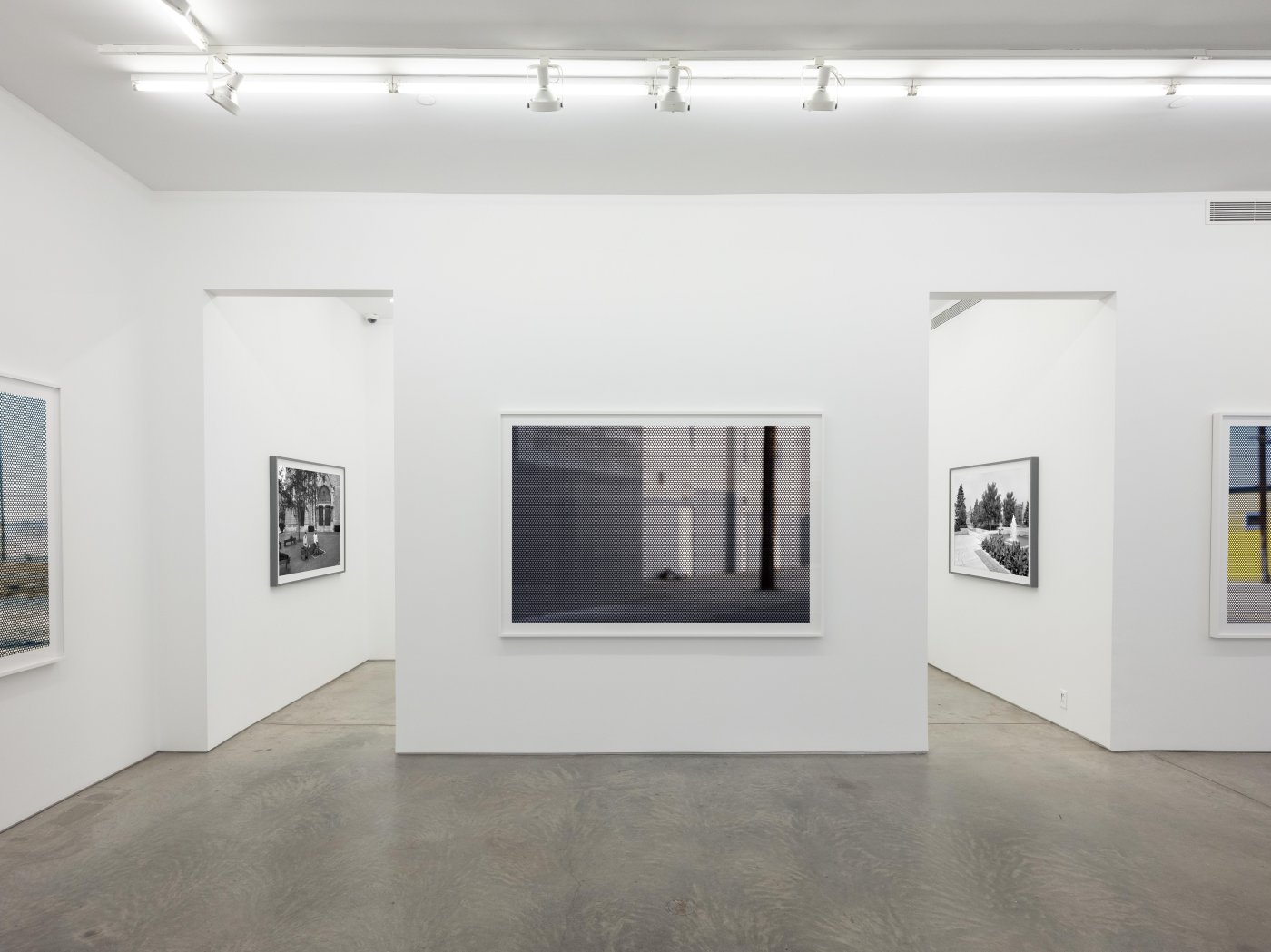 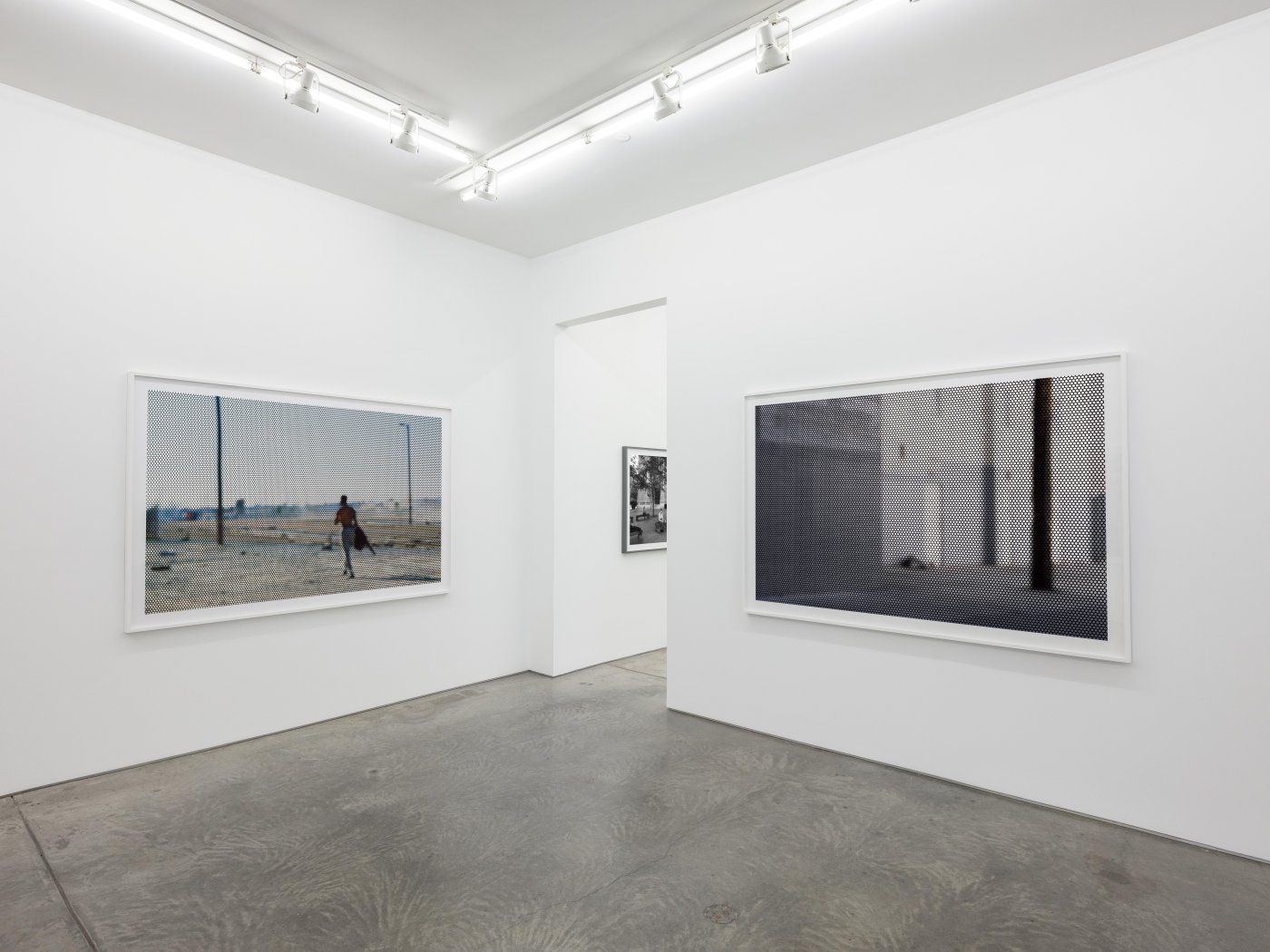 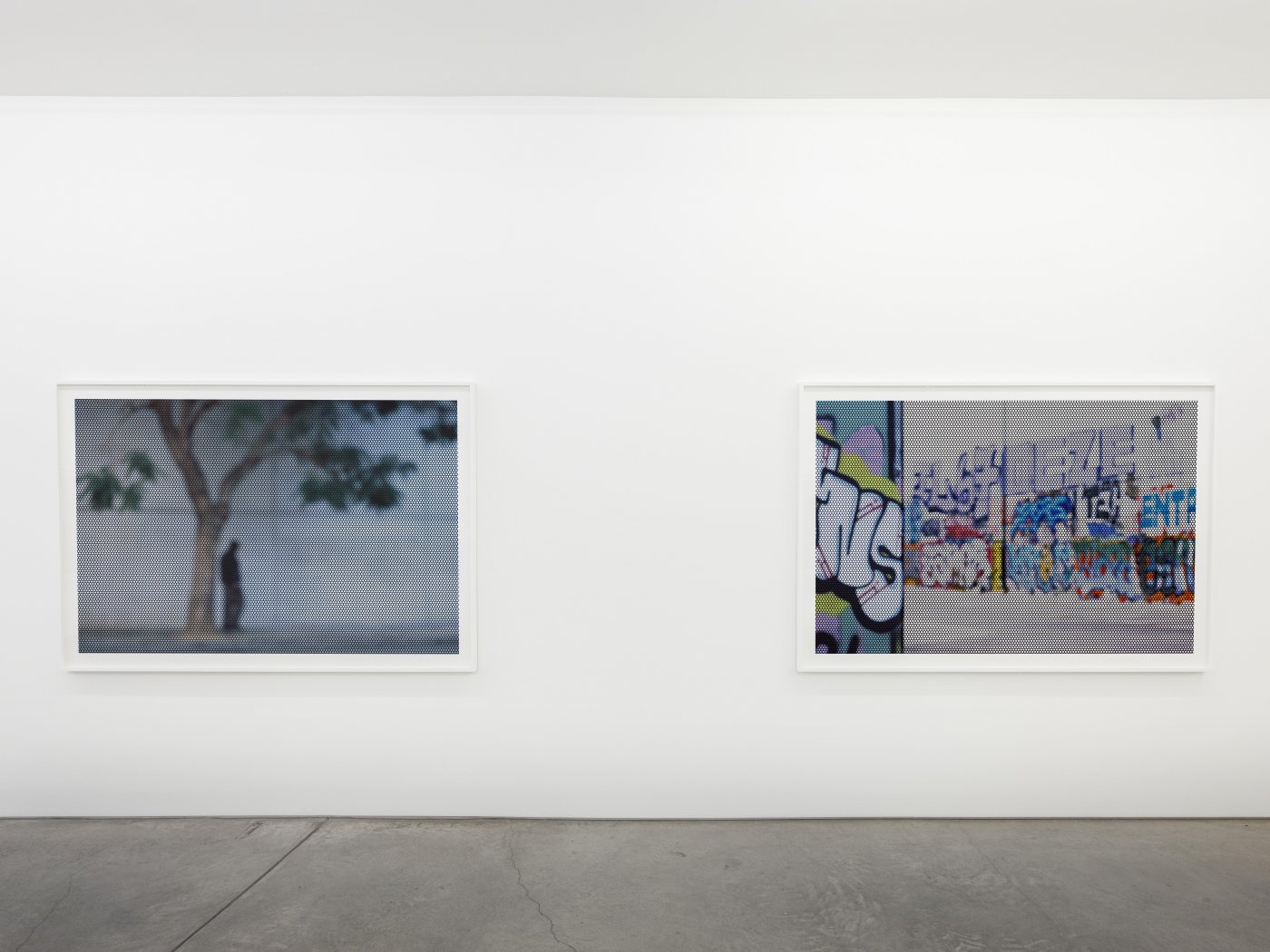 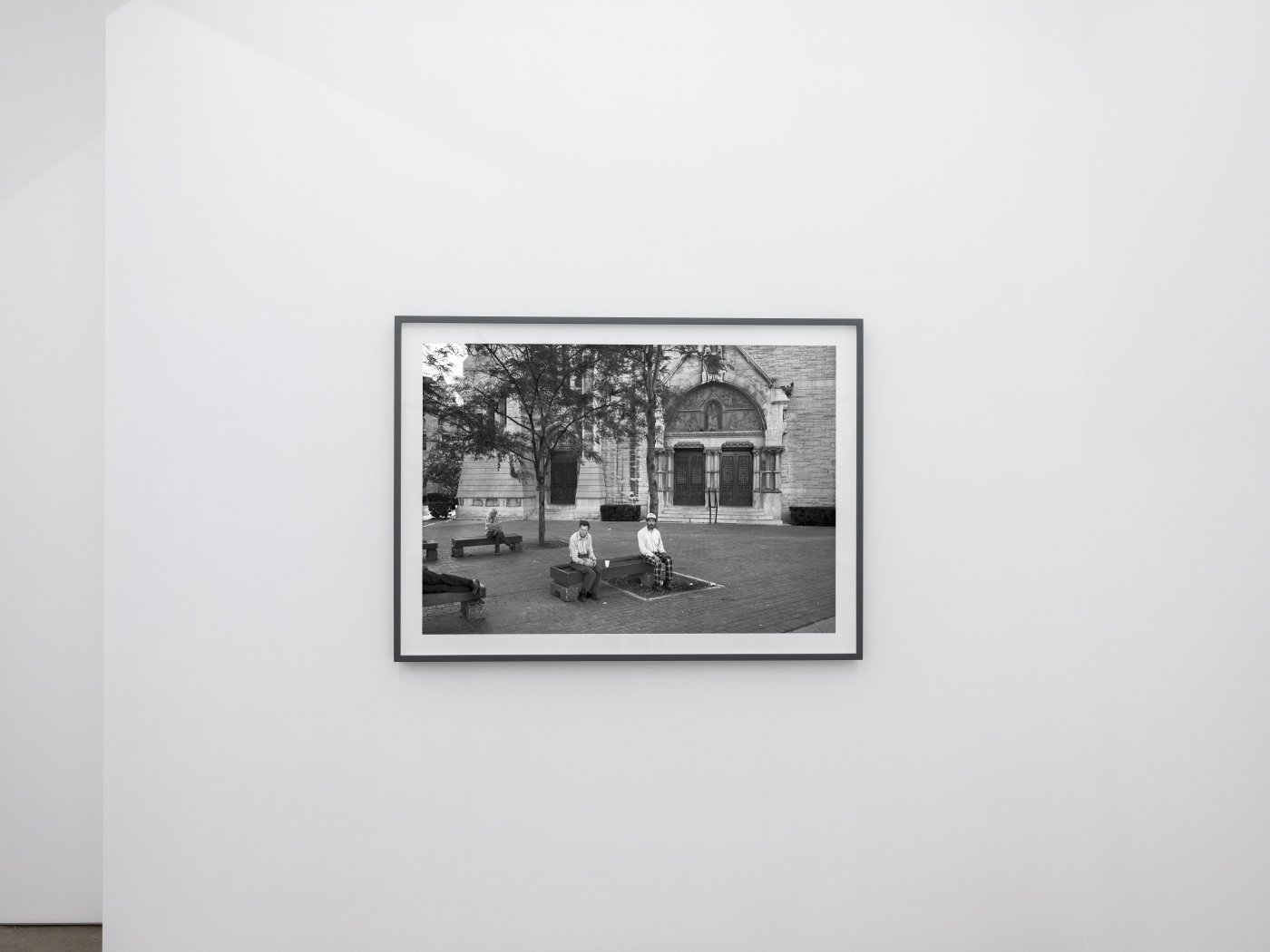 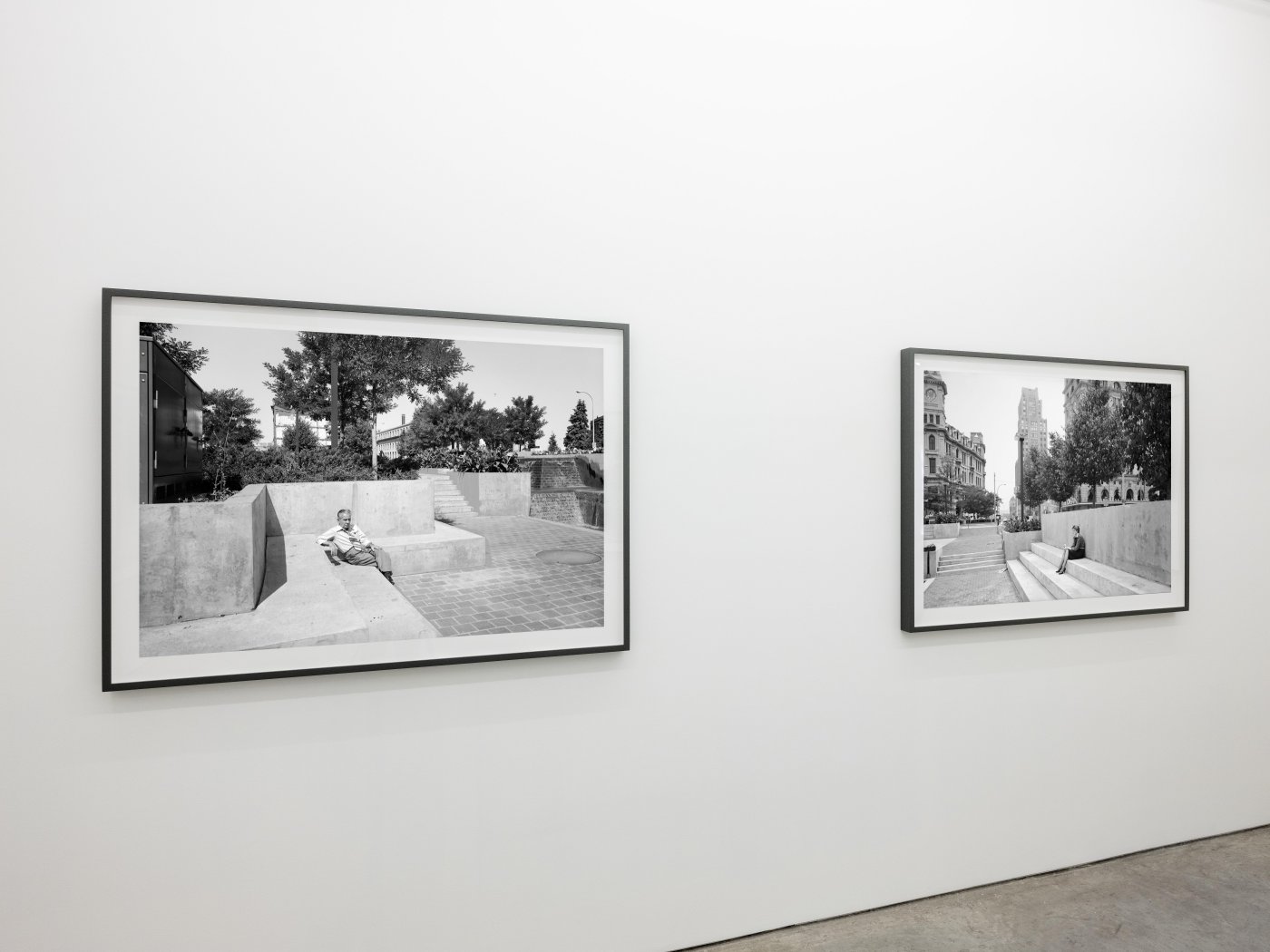 Since Hernandez began photographing in the 1960’s, his formally rigorous work has drawn attention to parts of Los Angeles that might otherwise be overlooked, such as bus stops or corporate plazas, along with the people using them – often those living on the margins of society. In a city dominated by cars, Hernandez’s decision to walk across Los Angeles as he photographs, rather than drive, is thus a very deliberate one, as it enables him to see the city from a different vantage point – one that more closely aligns with his subjects. In Screened Pictures X (2018-2021), the streets of Los Angeles are the focus of his lens once again, but this time viewed behind a perforated screen, referencing the metal mesh panels that flank Los Angeles’s bus stops.

Created more than forty years after Public Transit Areas (1979-80), the acclaimed series in which Hernandez documented people waiting at bus stops across the city, Screened Pictures X similarly presents glimpses of daily life in Los Angeles, but here they are depicted as abstracted details; a figure silhouetted against a bright yellow building; a clothing store window display; a colorful graffitied wall. Viewed through the screen, these carefully composed scenes appear more painterly than photographic as they shift between the crisp focus of the metal screen and the haziness of the scenes behind them, oscillating between surface and depth, near and far, representation and abstraction. Using the screen almost like a filter to create these large-scale, dizzying optical illusions, Hernandez offers a new approach to documenting the city, while still highlighting the complications and contradictions inherent in street life.

On view in the project gallery will be a number of black and white works from the 1983 series Syracuse, in which we see people occupying various outdoor spaces throughout the city. Following closely on from Public Use Areas (1980-81), in which Hernandez depicted the same subject matter in Los Angeles, many of the works in Syracuse show deserted plazas, in which a lone office-worker takes a break from work, resting on a bench, or the edge of a fountain, seemingly lost in thought. We are shown private moments of repose occurring within a public space. As with Screened Pictures X, Hernandez encourages us to consider the tensions present within the urban streetscape and the way in which people both shape and are shaped by the spaces they occupy.