Anselm Kiefer: Field of the Cloth of Gold

Anselm Kiefer: Field of the Cloth of Gold

What interests me is the transformation, not the monument. I don’t construct ruins, but I feel ruins are moments when things show themselves. A ruin is not a catastrophe. It is the moment when things can start again.

The pictures become interesting when the subject matter is no more than an excuse, when the artist remembers the struggle, when he sets forth his own world in conflict with the self-secluding earth.
—Anselm Kiefer

Gagosian presents Field of the Cloth of Gold, an exhibition of four monumental new paintings by Anselm Kiefer. 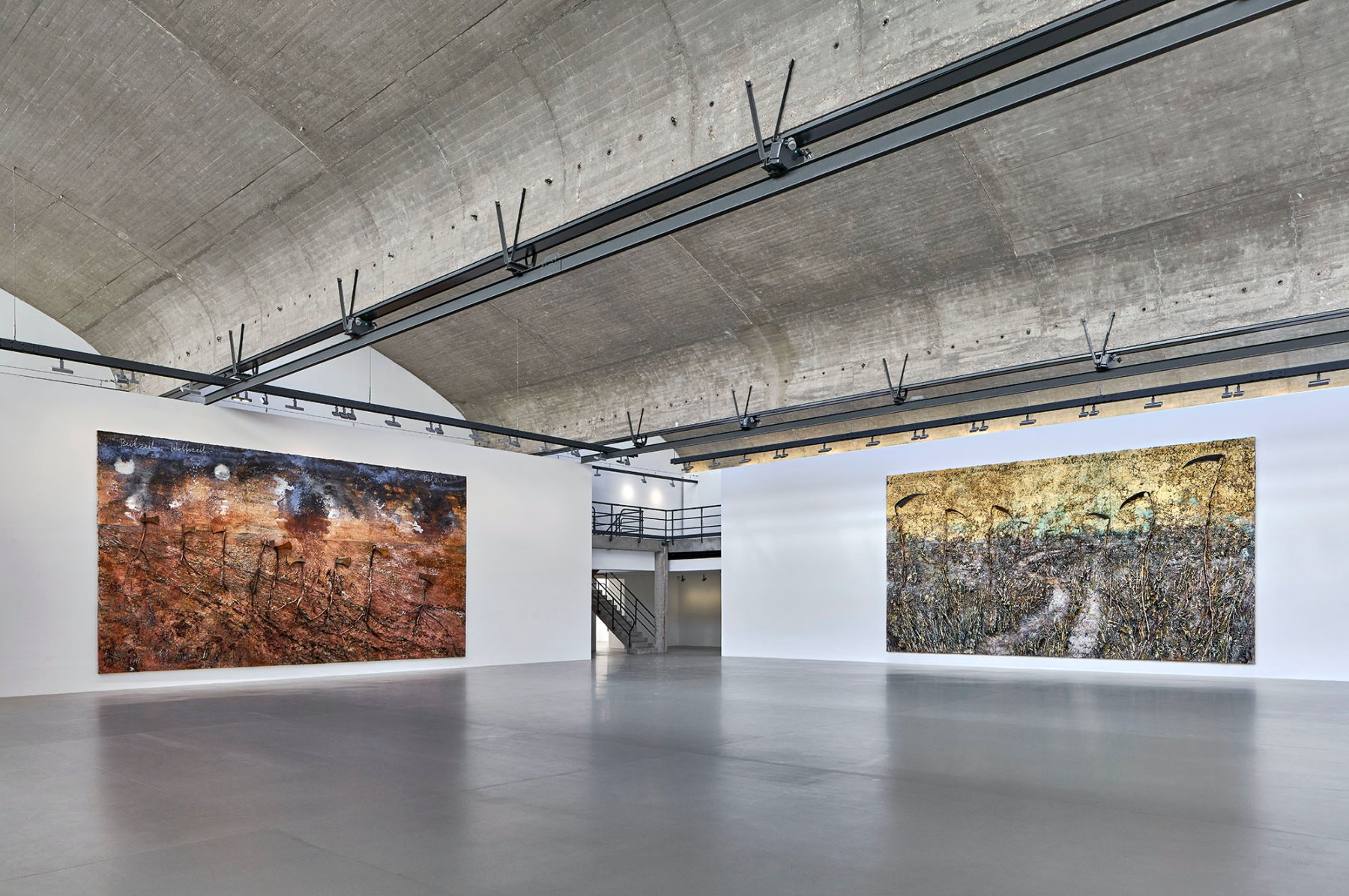 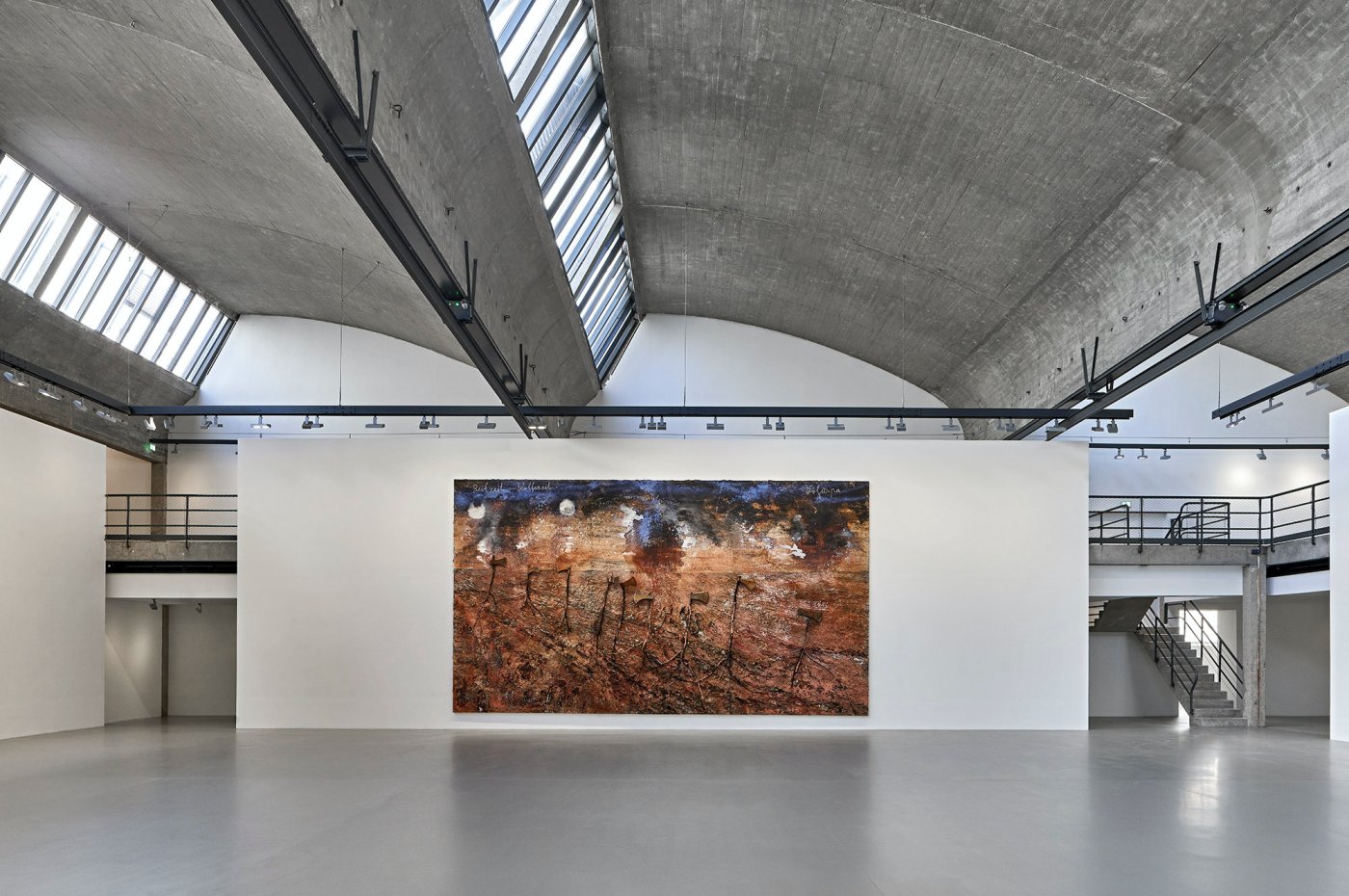 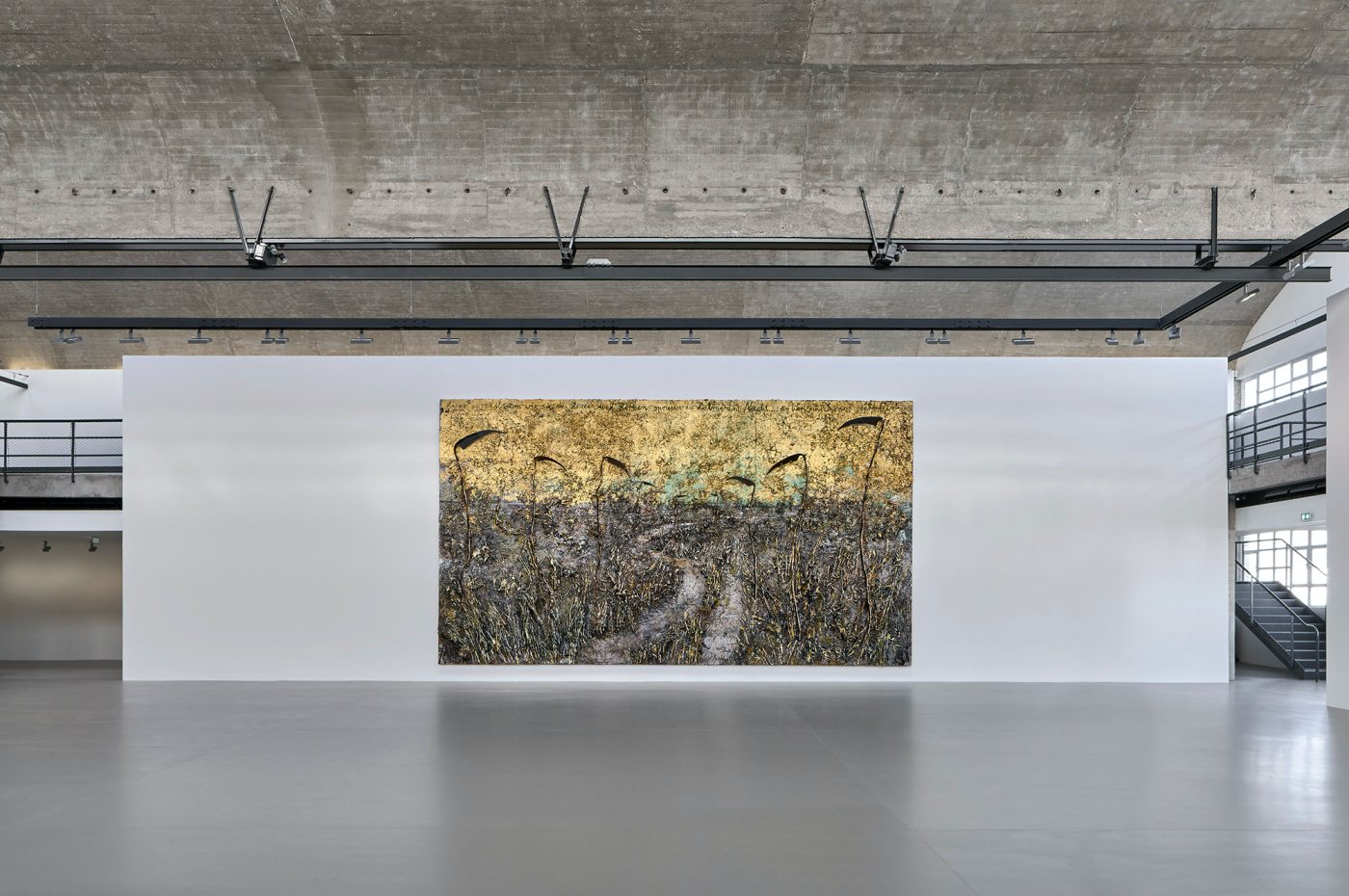 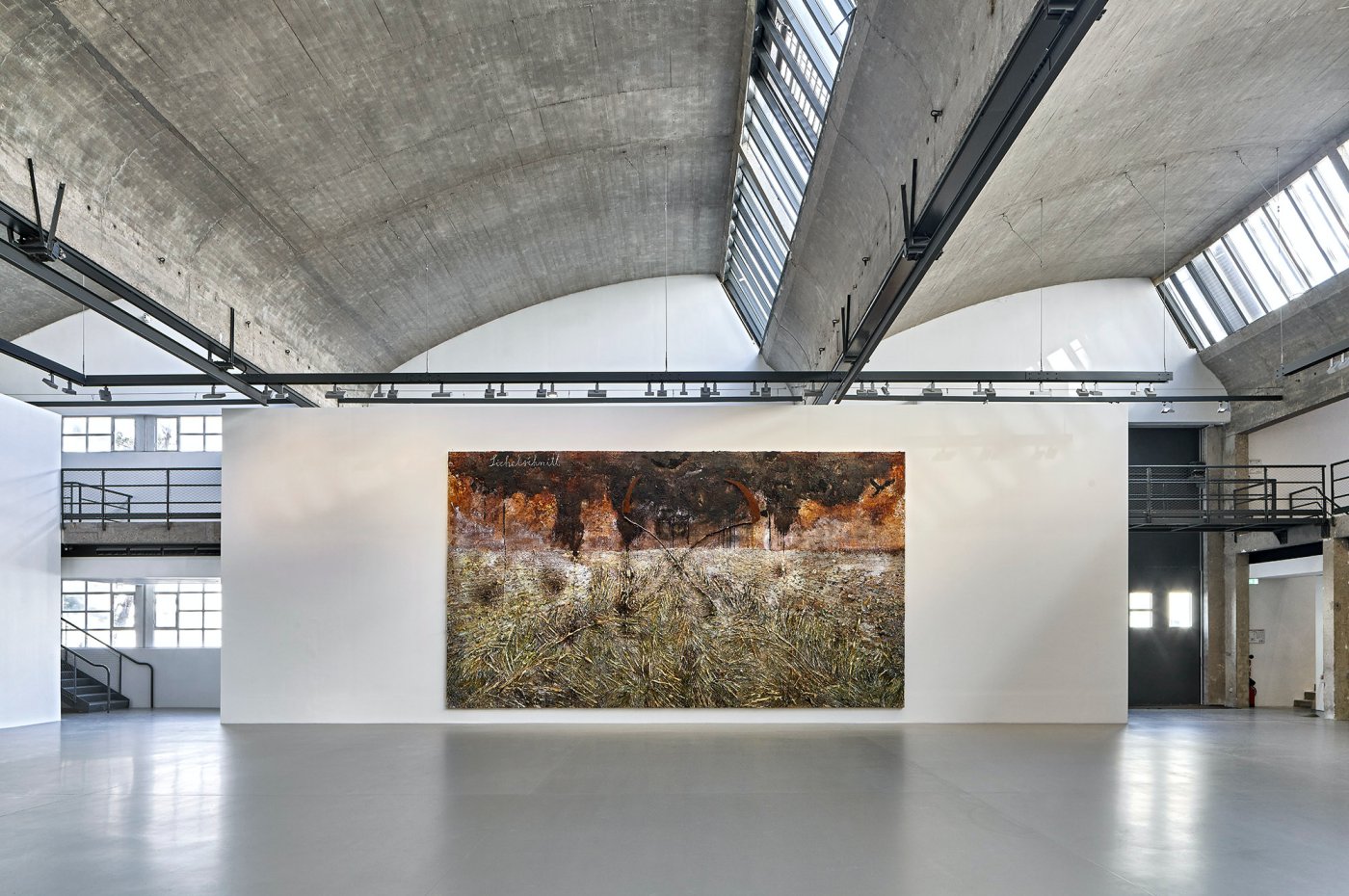 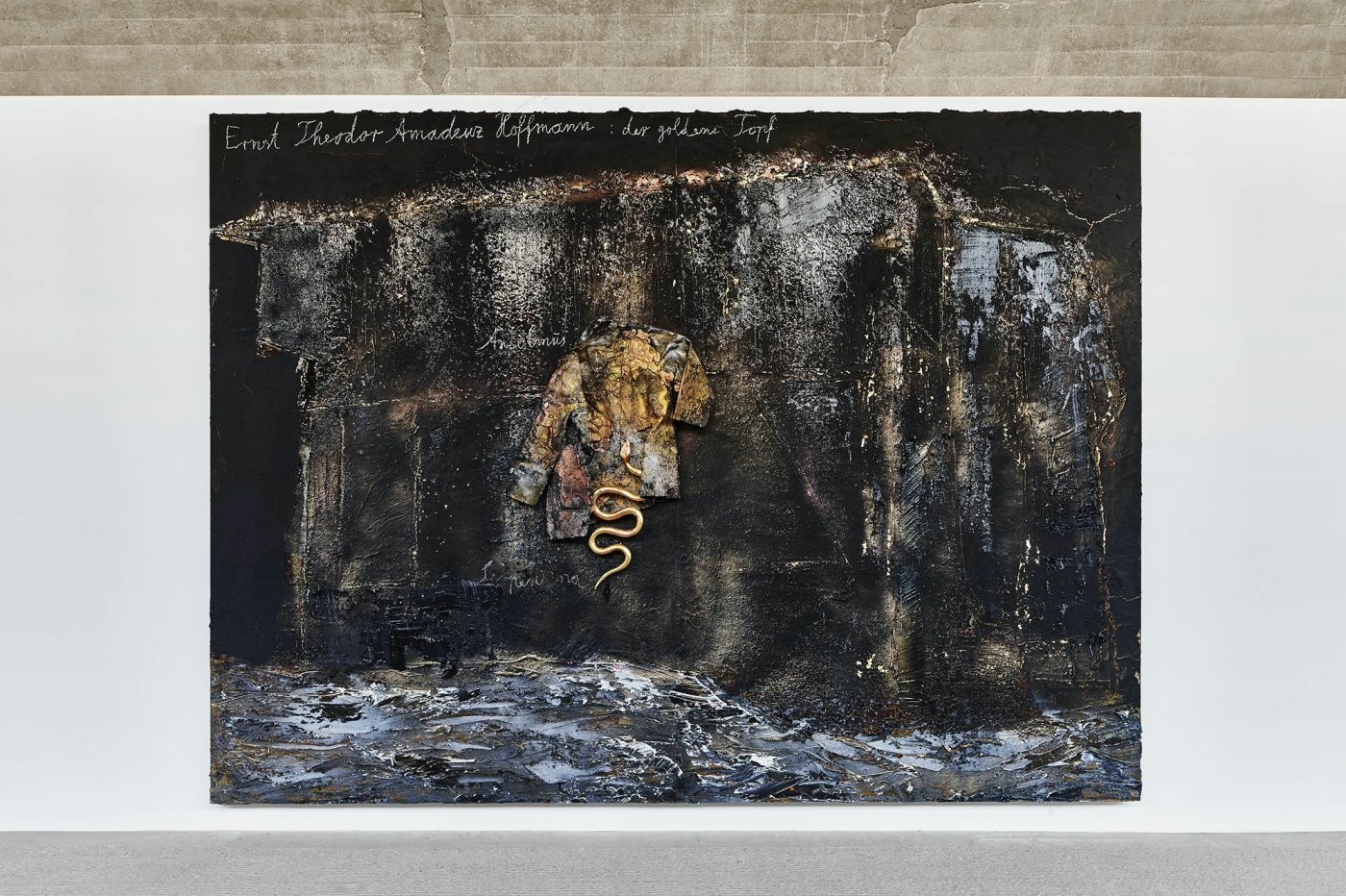 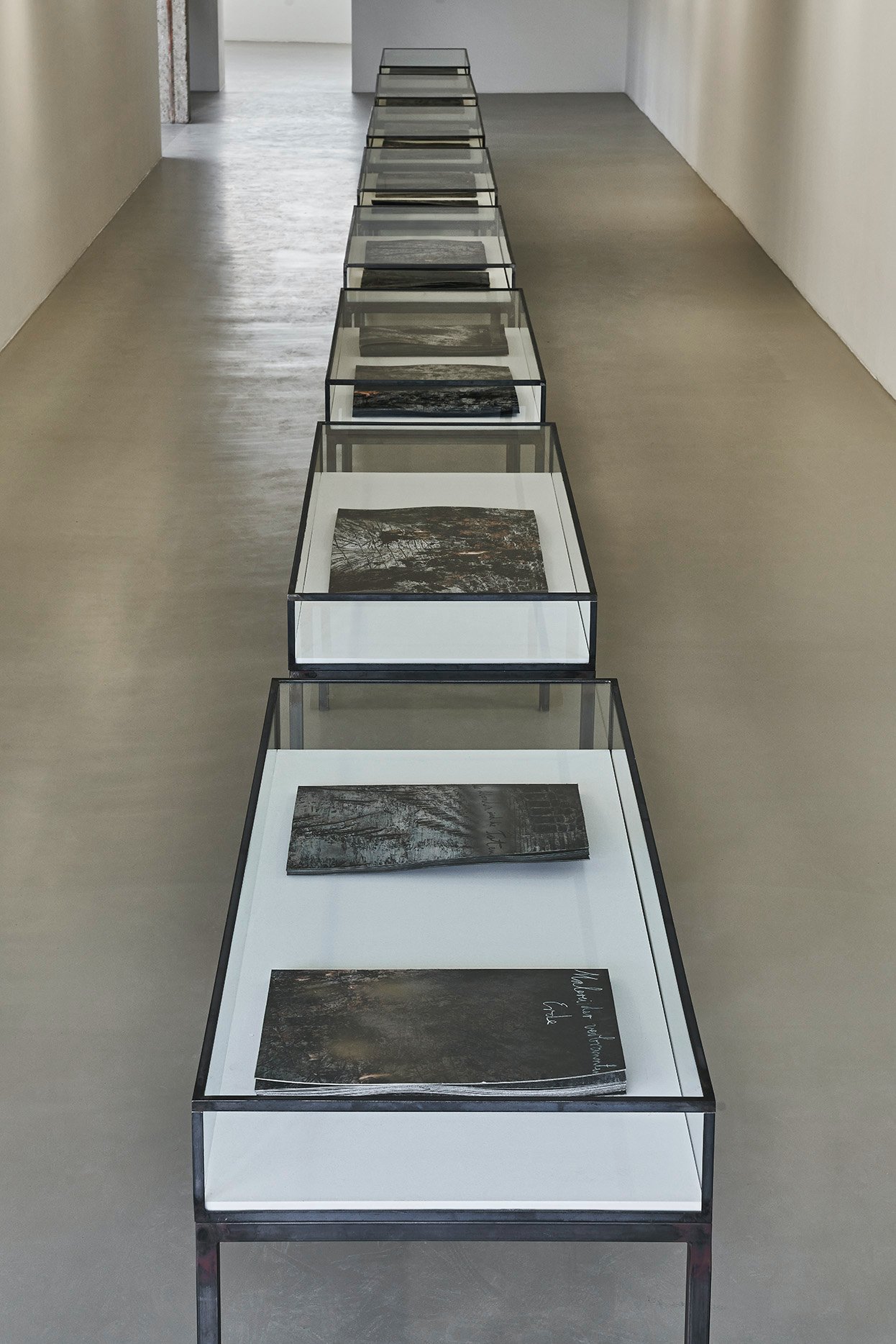 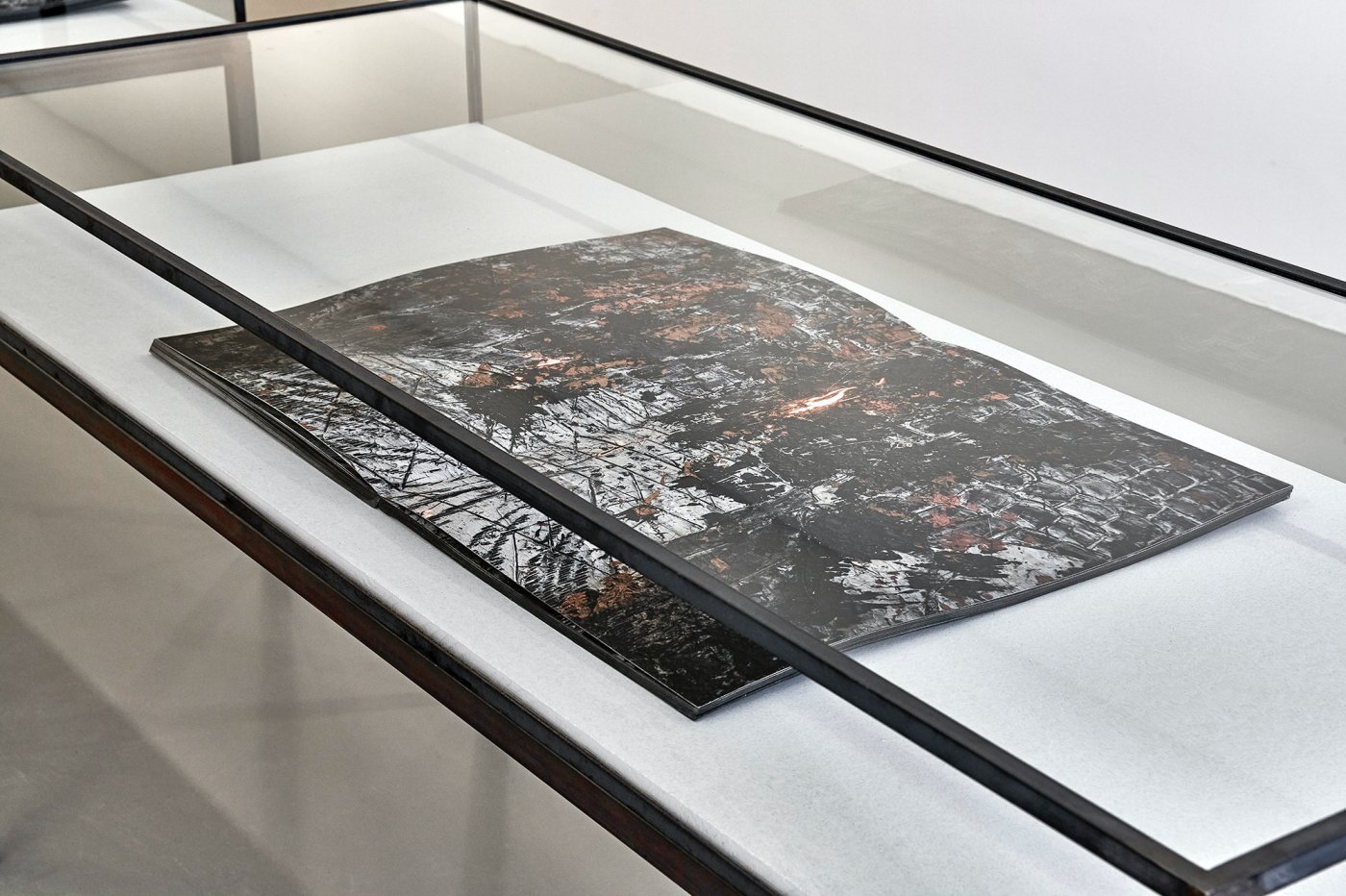 The tension between beauty and terror, alongside the inextricable relationship between history and place, has animated Kiefer’s work since the 1970s. Drawing on the literature of cultural memory—including poetry, the Old and New Testaments, and the Kabbalah—Kiefer gives material presence to myths and metaphors. He infuses the medium of paint with startling and unconventional gestures and objects, juxtaposing it with organic and abject materials such as straw, sand, charcoal, ash, and mud. Kiefer asserts himself as an iconoclast; his paintings undergo various processes—such as being cut, burned, buried, exposed to natural elements, splashed with acid, or poured over with lead—so as to be made anew. These strategies, along with the use of materials such as lead, concrete, glass, fabric, tree roots, or burned books, create a symbolic resonance, making palpable both the movement and destruction of human life and the persistence of the lyrical and the divine.

The exhibition’s title refers to the historic peace summit between King Henry VIII and King Francis I that took place five hundred years ago in a field in what is now Pas-de-Calais, France. The conference, centered around a strategic alliance between England and France, had the goal of outlawing war between Christian nations. The alliance was considered a key event in shaping Europe’s geopolitics—until it dissolved and war broke out, a year later. While Kiefer did not begin making these works with this event or title in mind, the connection became apparent and synchronous after their completion. As he stated in a recent interview, “the title is often not the explanation of the picture,” but is rather “an allusion.” History is one of the materials he uses and synthesizes in his work, “like clay for the sculptor or color for the painter.”

Completed over the last two years, these works predate the COVID-19 pandemic, the ripple-effect crisis it created, and the international and cross-cultural relationships it has reconfigured. While history has been fractured and unpredictable since the Field of the Cloth of Gold conference, our cultural memory holds the violent unpredictability of human relations on a continuum. The layered and visceral character of these paintings, whose scale almost matches the landscapes they depict, evokes the surging capriciousness of European history and the effects and aftermaths of war. As in The Morgenthau Plan series of 2012, Kiefer affixes other elements to the surfaces of these paintings, from plant matter to industrial material, building a third dimension onto the painted canvas. Here the field of history is transfigured into a field of gold under a dark sky.

As is customary in Kiefer’s work, each painting’s title and symbols contain a rich literary and historical set of references. Sichelschnitt (Sickle Cut) (2019) refers to the Manstein Plan (Sichelschnittplan), a war plan devised by the German Army during the Battle of France in 1940, while Beilzeit—Wolfszeit (Axe Time—Wolf Time) (2019) nods to “Völuspá (Prophecy of the Seeress),” the first poem of the Poetic Edda of Old Norse mythology. Verse 45 of this poem is translated as “Axe-time, sword-time, | shields are sundered, / Wind-time, wolf-time, | ere the world falls.”

Ein Wort von Sensen gesprochen (One Word Spoken by Scythes) (2019–20) evokes the poem “From Hearts and Brains” by Paul Celan, whose poetry has been a point of reference for Kiefer for decades. Celan’s verse reads, “and a word, spoken by scythes / bends them into life.”