Anri Sala: If and Only If

Anri Sala: If and Only If 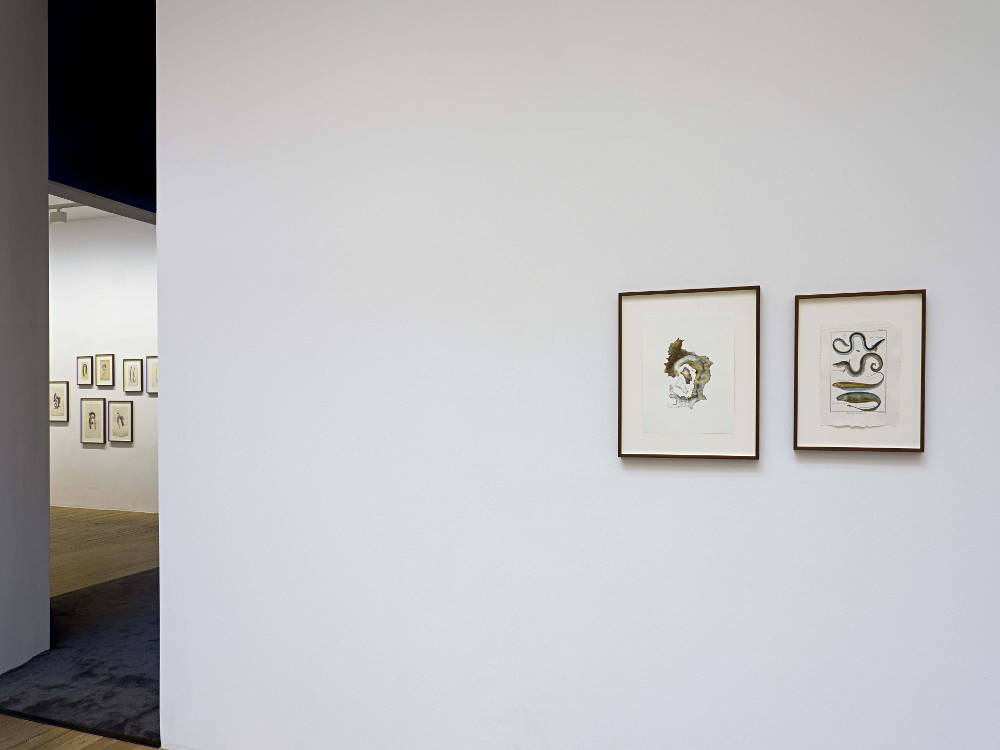 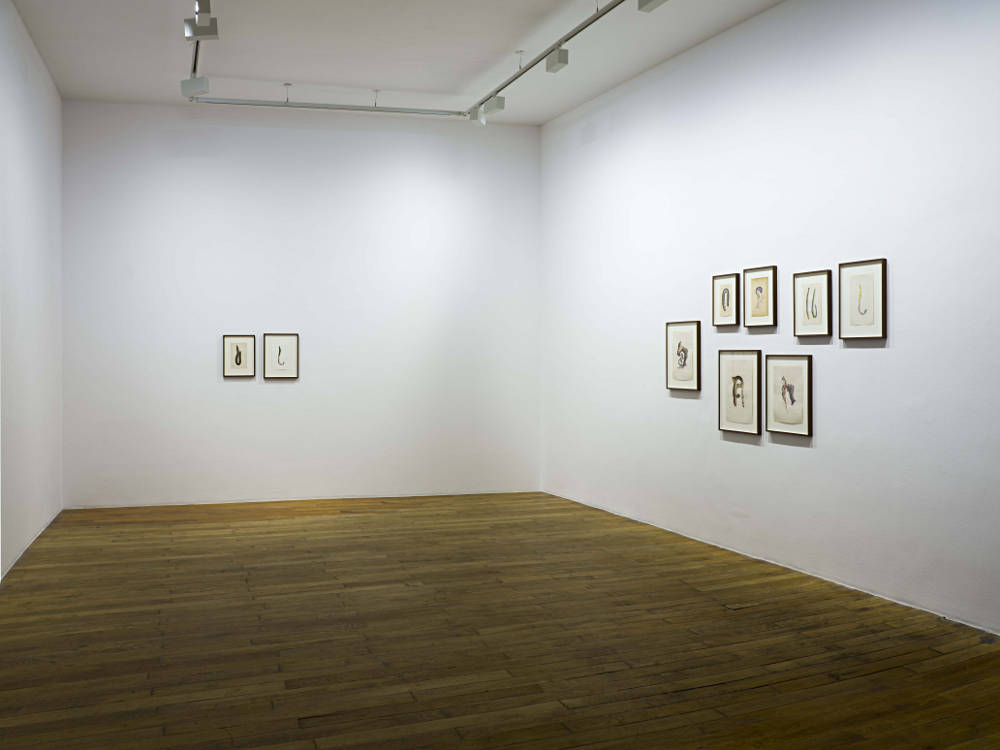 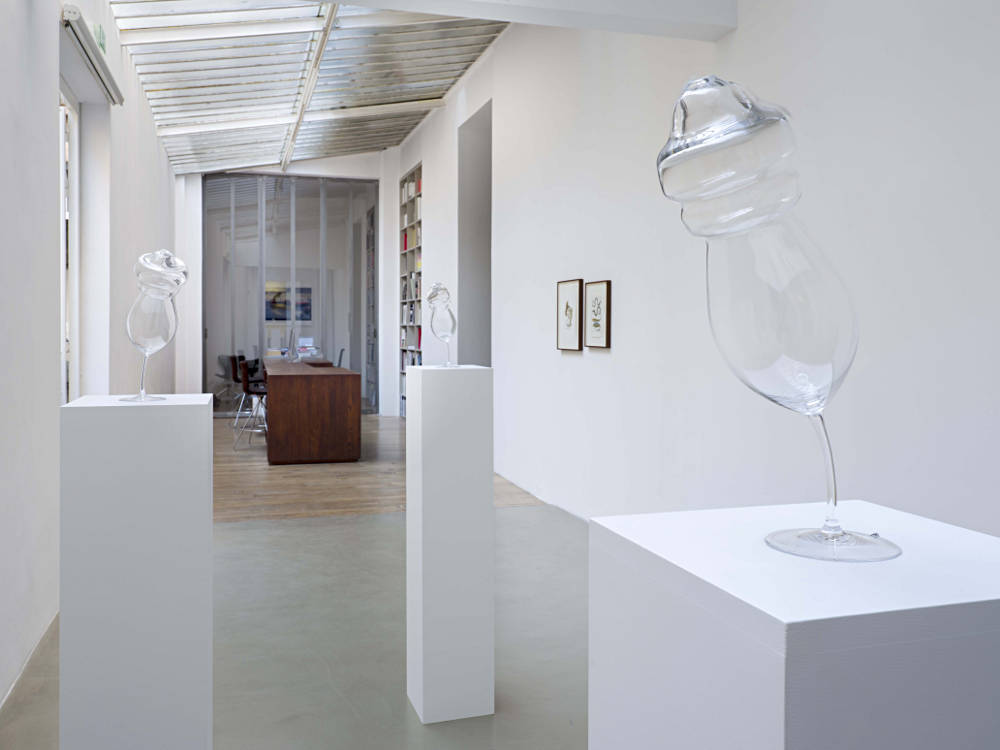 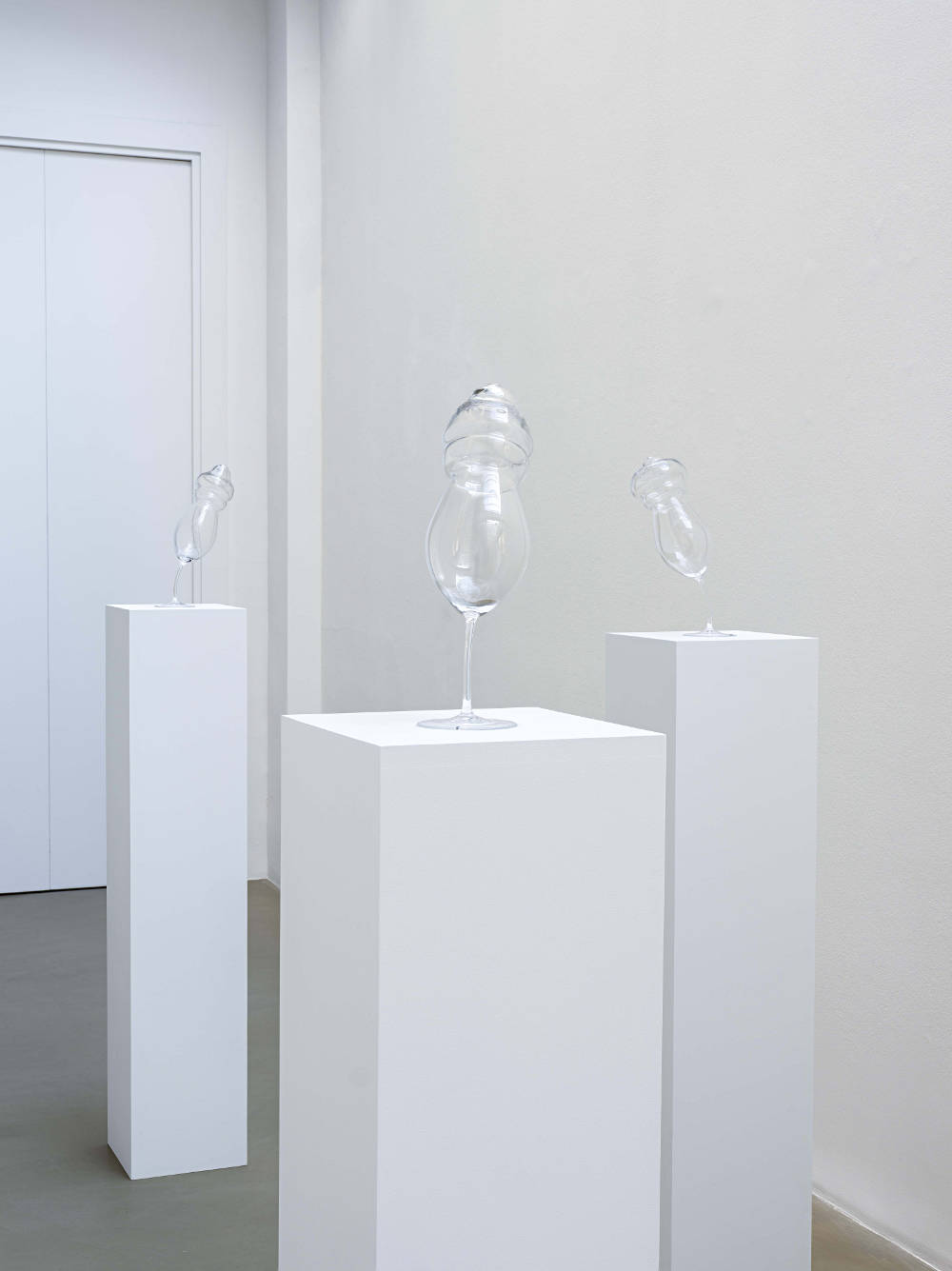 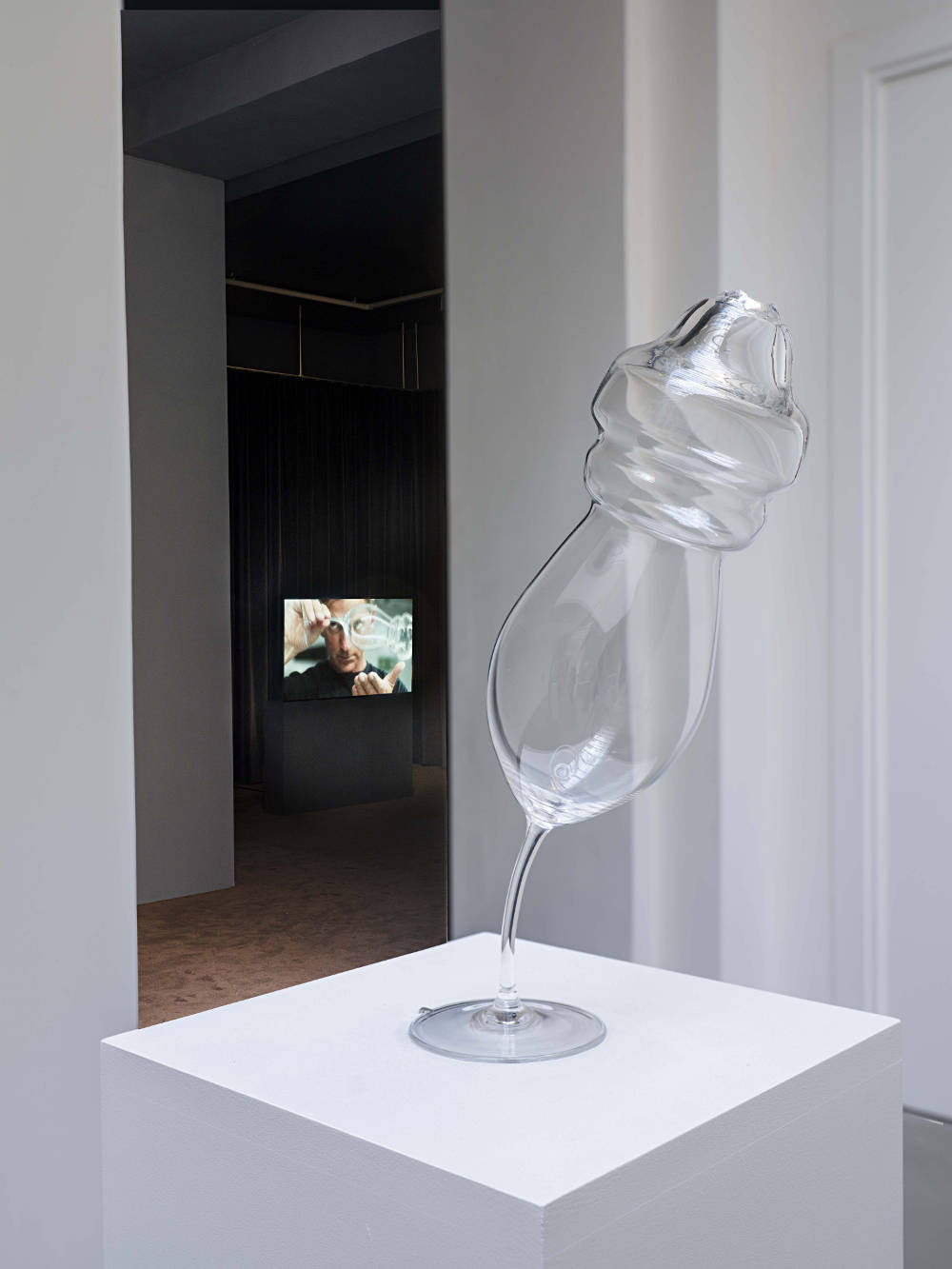 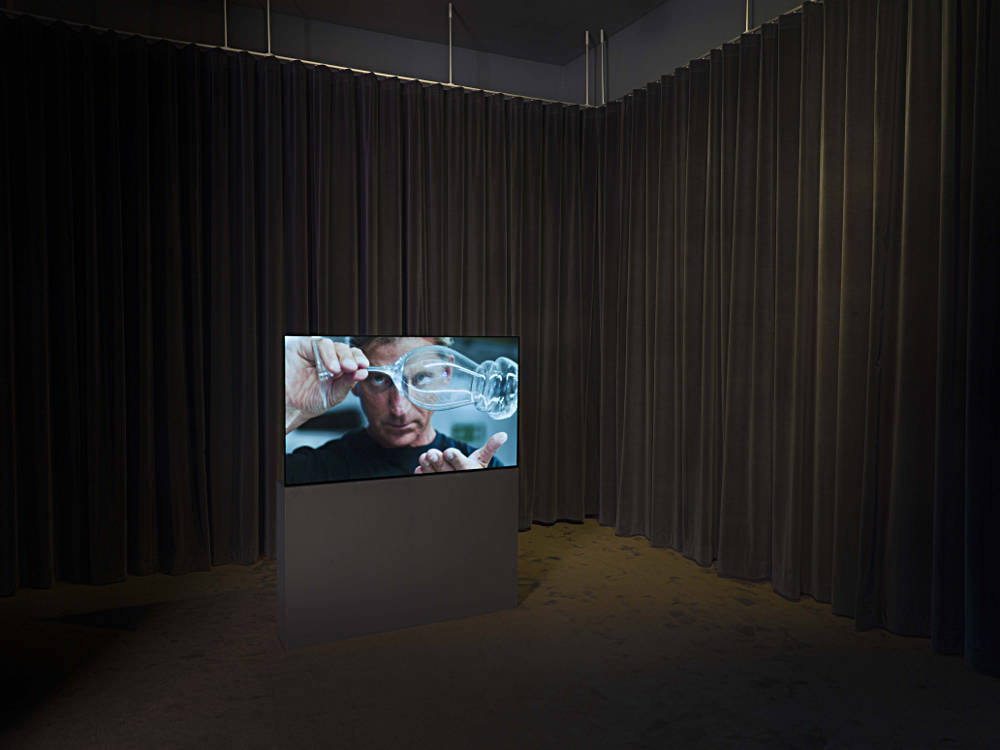 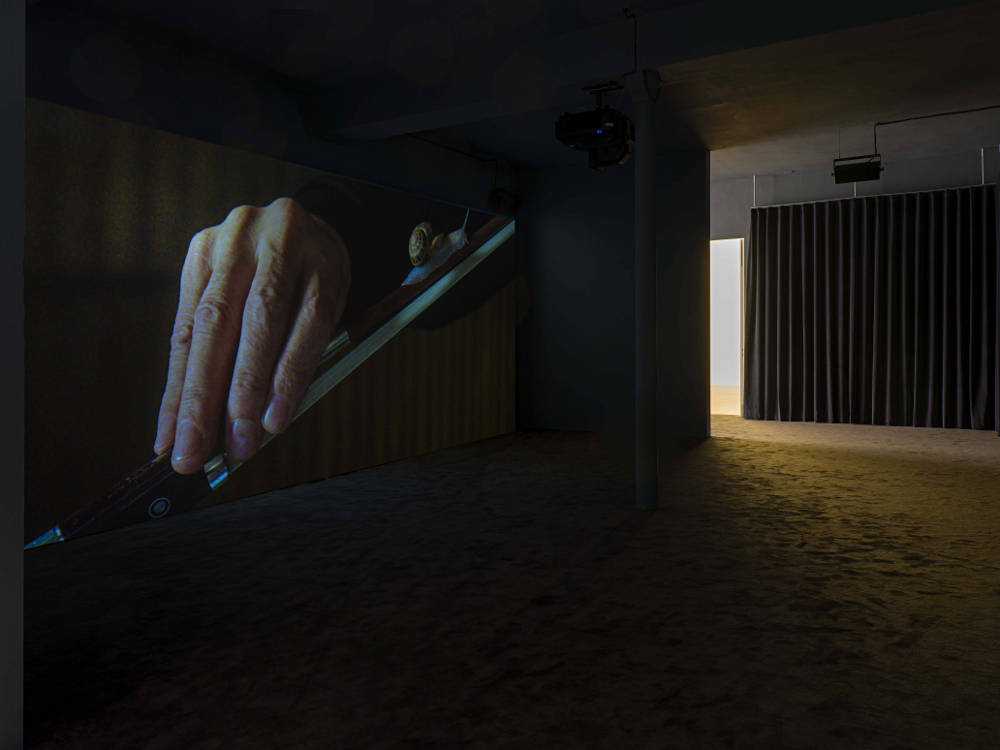 The artist presents two new films, as well as a series of drawings and sculptures.

Each work explores in its own way and with the means of its medium, the impact of a singular action –i.e a manipulation– on an existing situation, composition or object.

Sala’s film If and Only If (2018) will be projected in the main space of the gallery.
Based on Igor Stravinsky’s Elegy for Solo Viola, it charts the journey of a snail gradually travelling the full length of a viola bow. The snail’s location and pace compel the viola player to compose with it, resulting in a tactile interaction between the renowned violist Gérard Caussé and the garden snail.

Sala’s latest film Slip of the Line (2018) oscillates between the magic of work and the work of magic. Located in a glass manufacture, the film follows the transition of the amorphous matter from its molten state to a wine glass. The meticulous choreography of their interrelated actions grants the craftsmen’s labour an hypnotic allure. As the making of the glasses takes us through the different stages of their fabrication, the customary production cycle is hijacked by an unusual slip: the intervention of a magician who bends the wine glasses, bestowing upon the assembly line the traits of an enchanted realm.

Three unique glass objects – Resting Spells (2018) – absorbed by the magic intervention thus taken away from the production process, will be exhibited by the entrance of the gallery, as frozen witnesses of this singular action.

A series of works on paper Untitled (Maps/Species) (2018) will be on display in the adjacent wooden floor room, showing manipulated maps of countries and geopolitical territories. These mutated representations of land mass fit the boundaries of the found XVIII century etchings of biological species, whose shapes were often constrained within the arbitrary frame in order to facilitate classification.

For this exhibition, visitors are invited to enter the gallery from 5, rue de Saintonge, 75003.

Born in 1974 in Tirana, Albania.
Lives and works in Berlin, Germany.

Anri Sala’s early videos and films mined his personal experience to reflect on the social and political change taking place in his native Albania. Sala has attached a growing importance to sound, creating remarkable works in which he recasts sound’s relationship to the image. Linked to this development is Sala’s long-standing interest in performance, and particularly musical performance.

His work will be shown in two upcoming solo exhibitions at the Garage, Moscow, Russia in September 2018 and at the Castello di Rivoli Turin, Italy in January 2019.