Over four decades Annie Leibovitz’s unique photographic language has dovetailed with – and advanced – the medium’s evolution as a force for art making. Hauser & Wirth Hong Kong presents ‘Annie Leibovitz. The Early Years, 1970 – 1983, Archive Project No. 1 and Wonderland,’ a comprehensive exhibition of photographic prints selected by the artist from her early years to be seen alongside selected iconic fashion images from the past two decades. Leibovitz’s prolific output, and her inventive approach to photography itself, position her distinctly within the traditions and trajectory of American portraiture during the twentieth century. 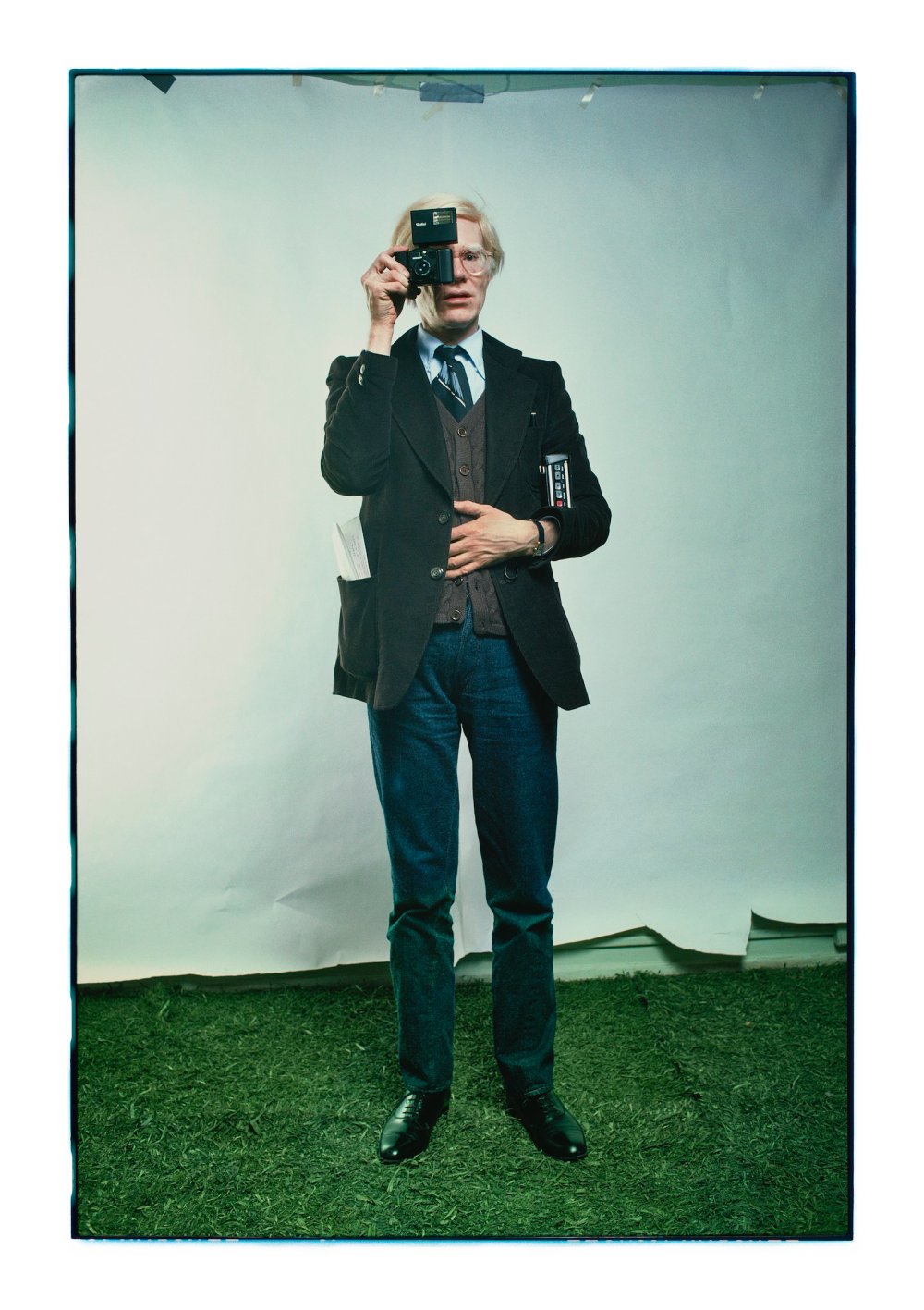 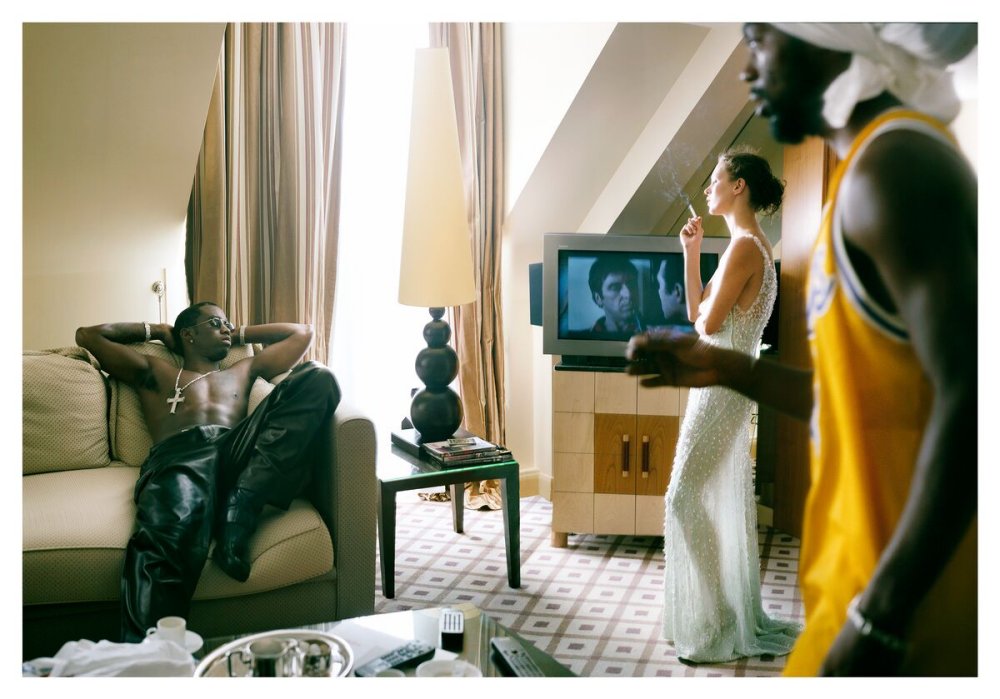 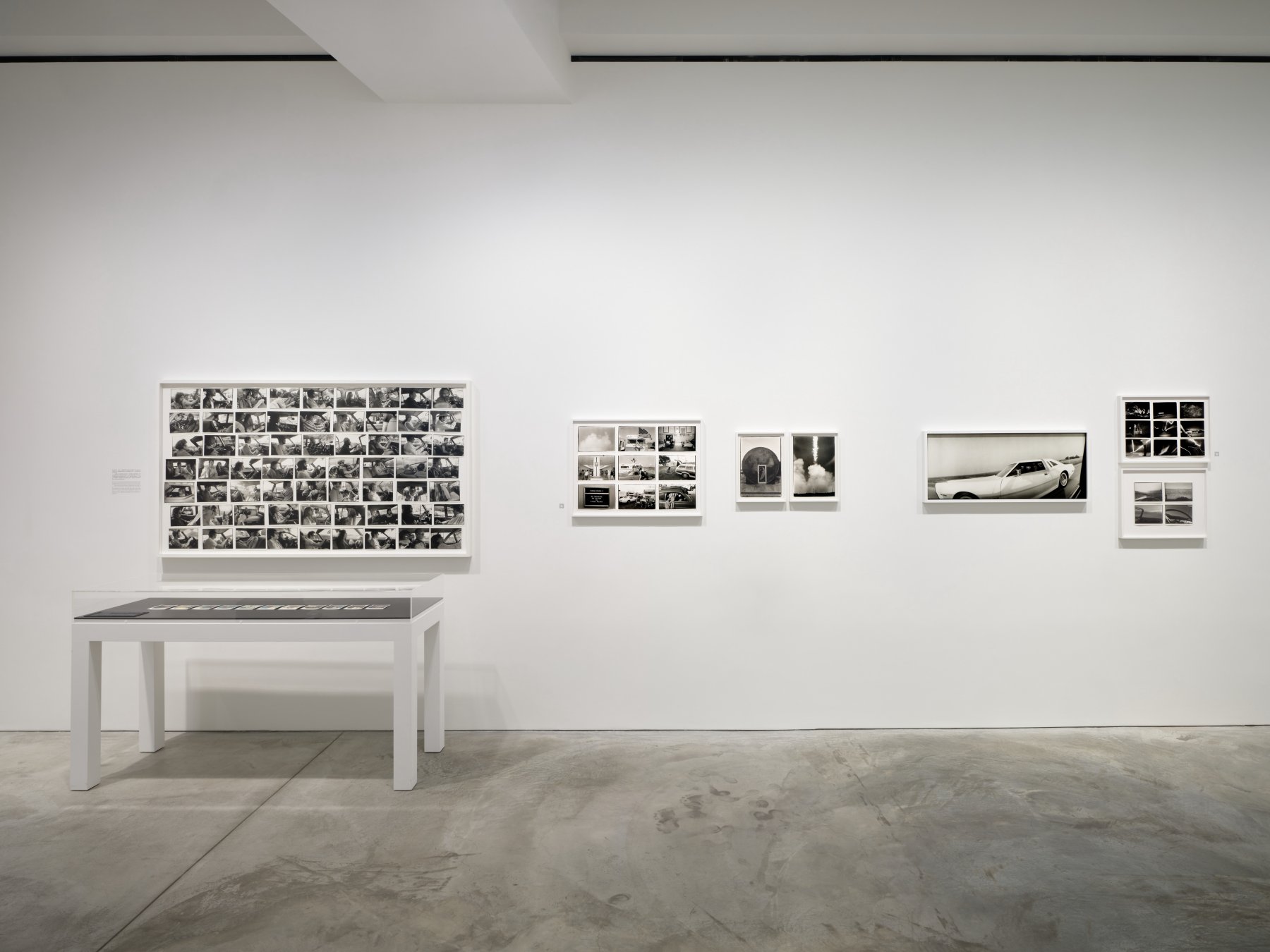 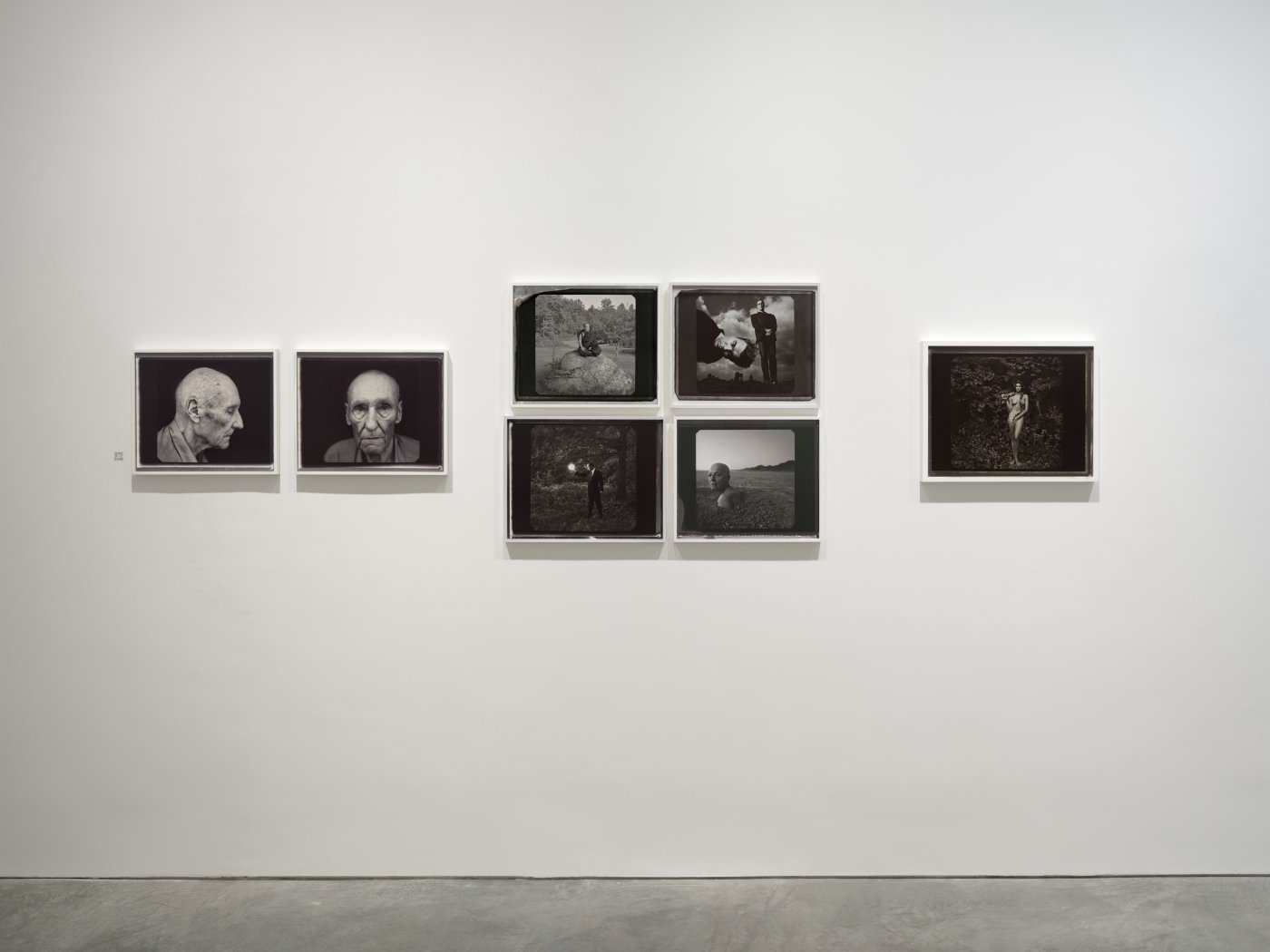 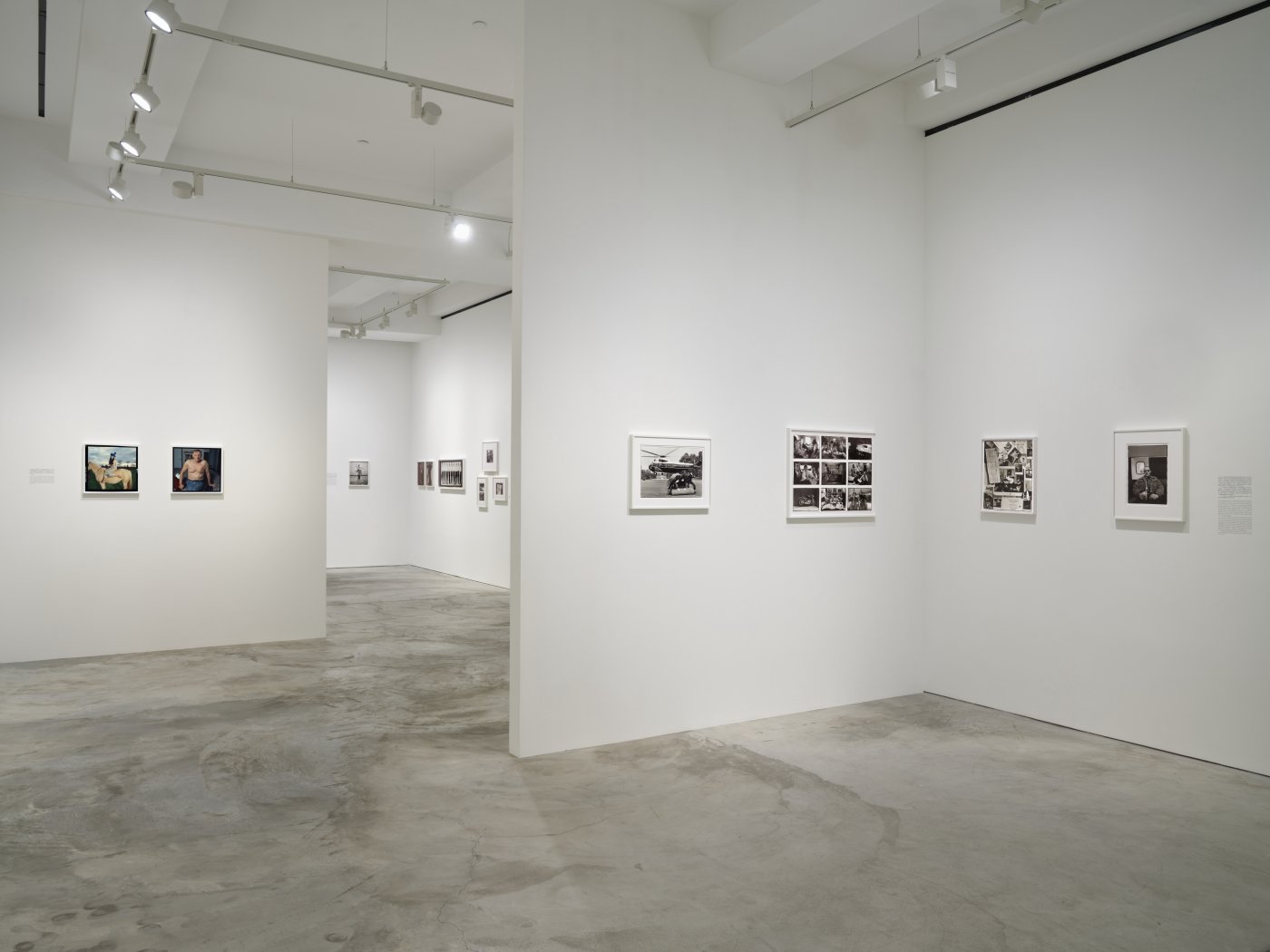 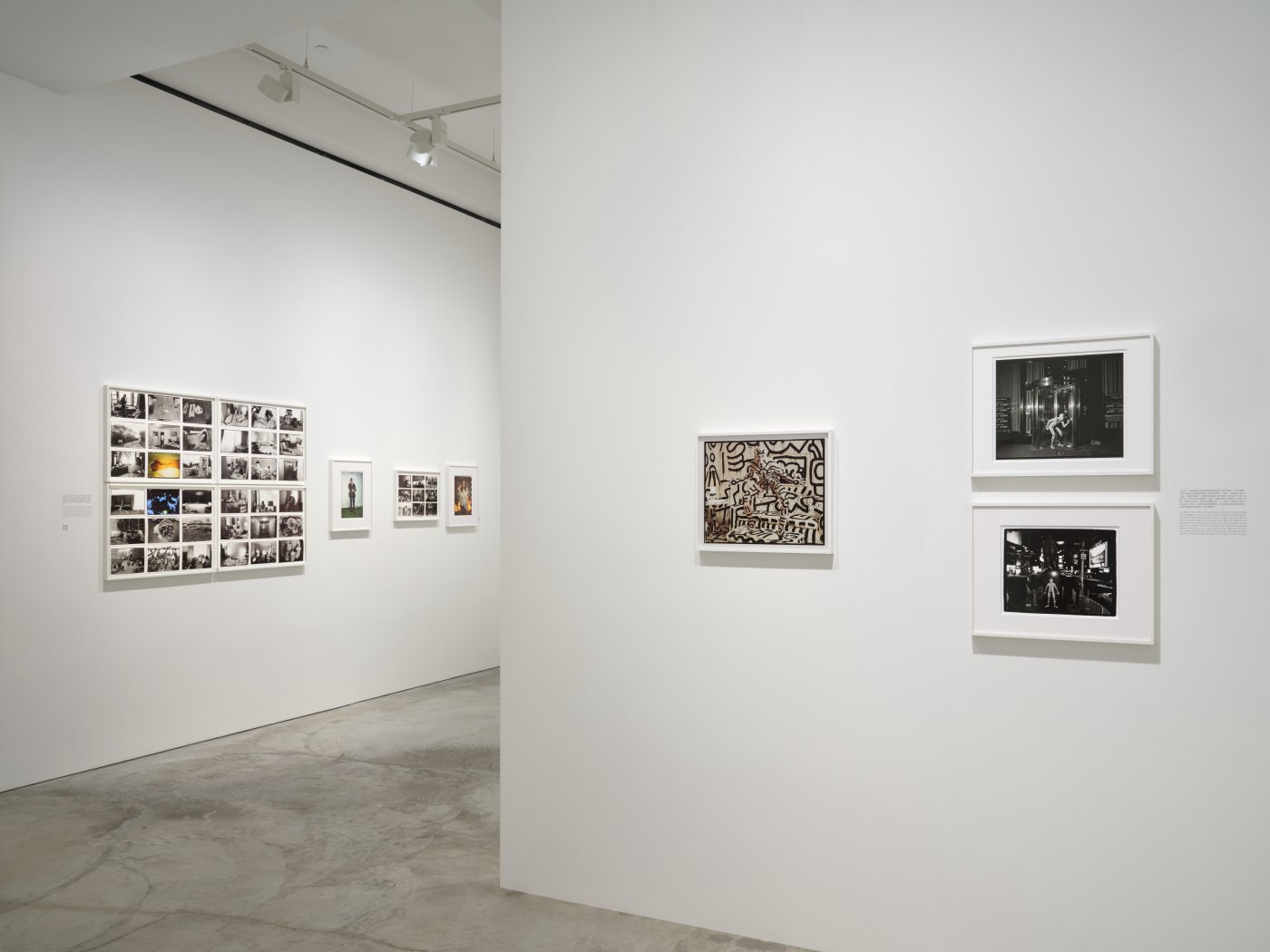 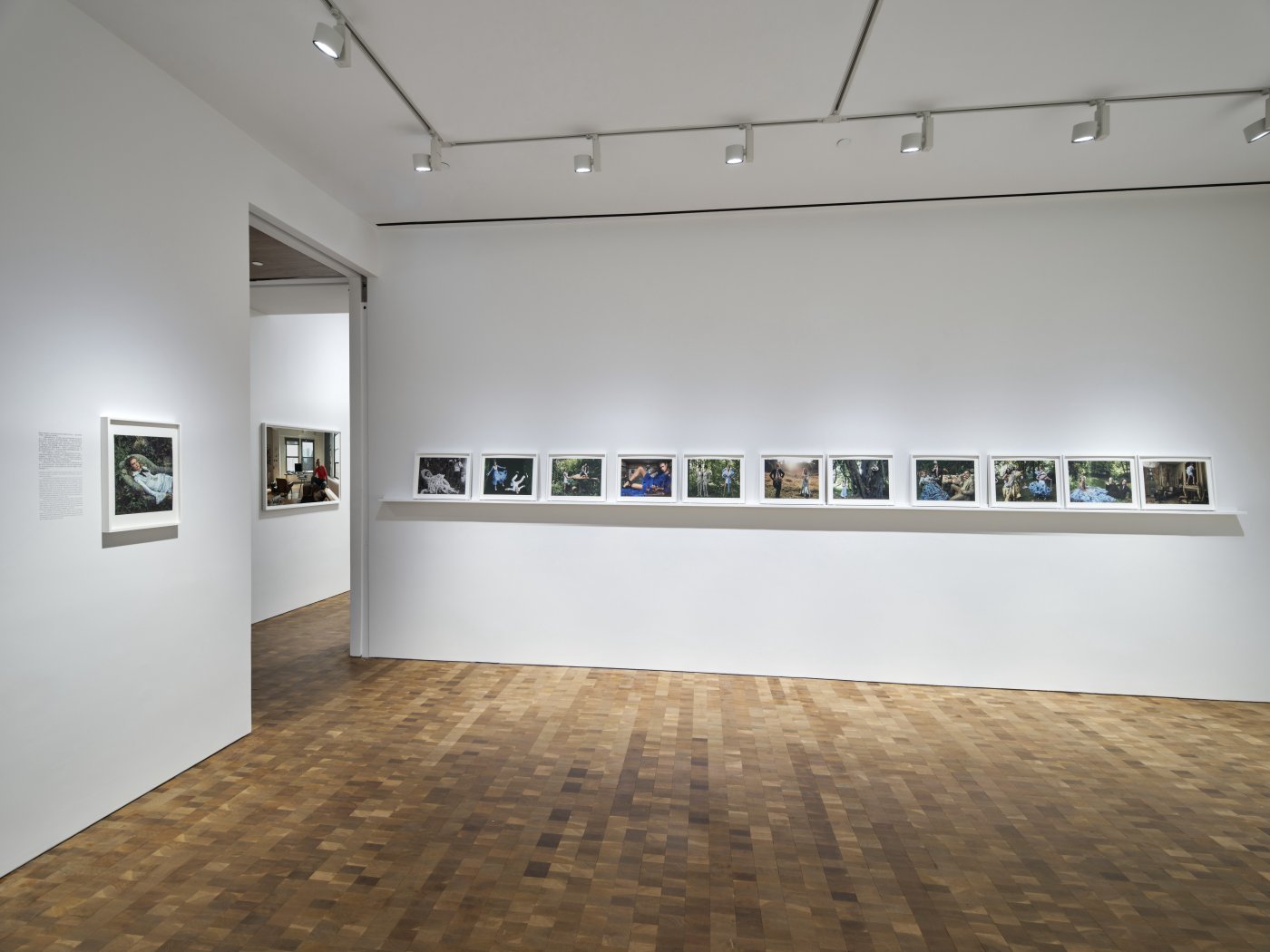 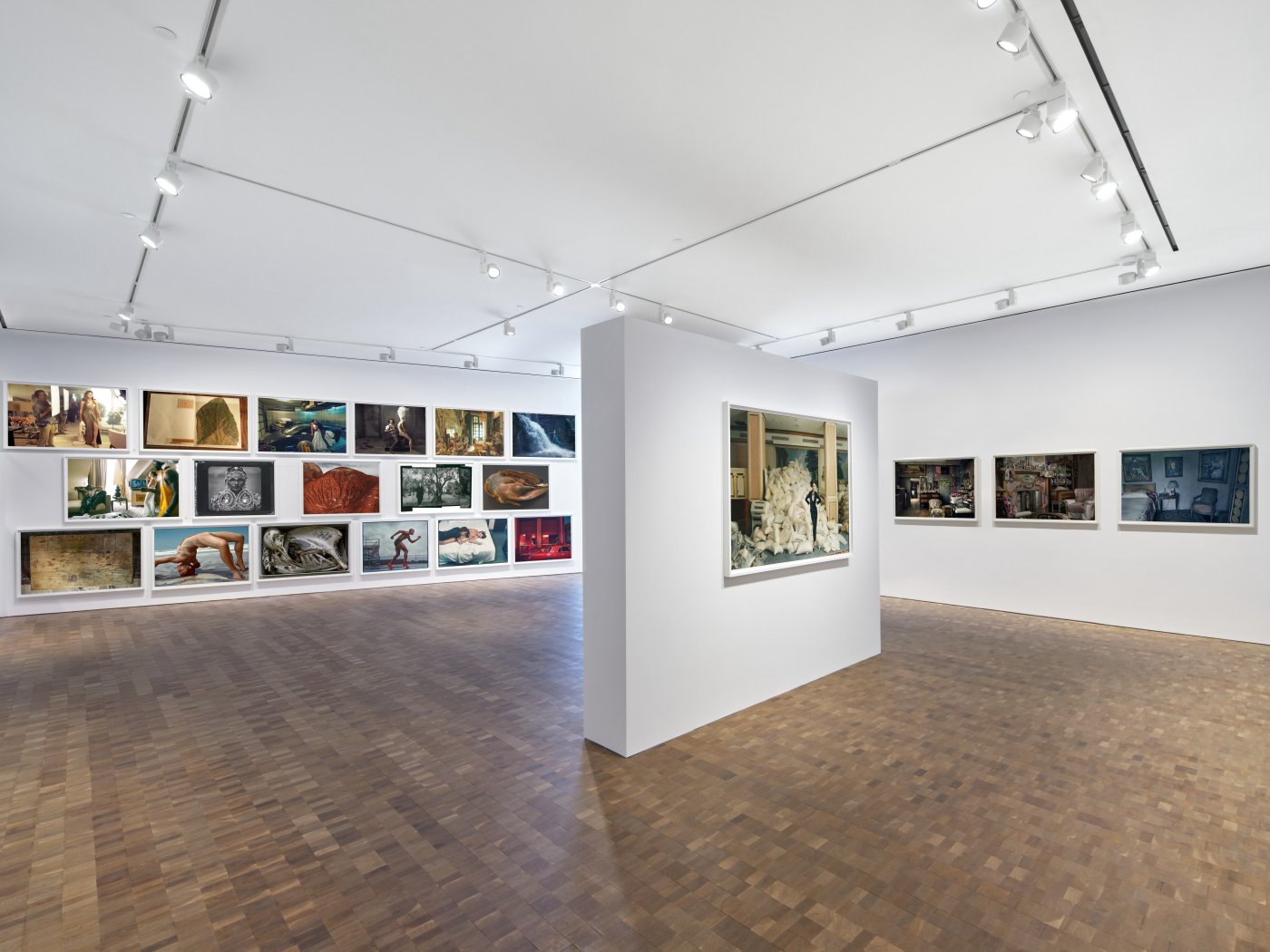 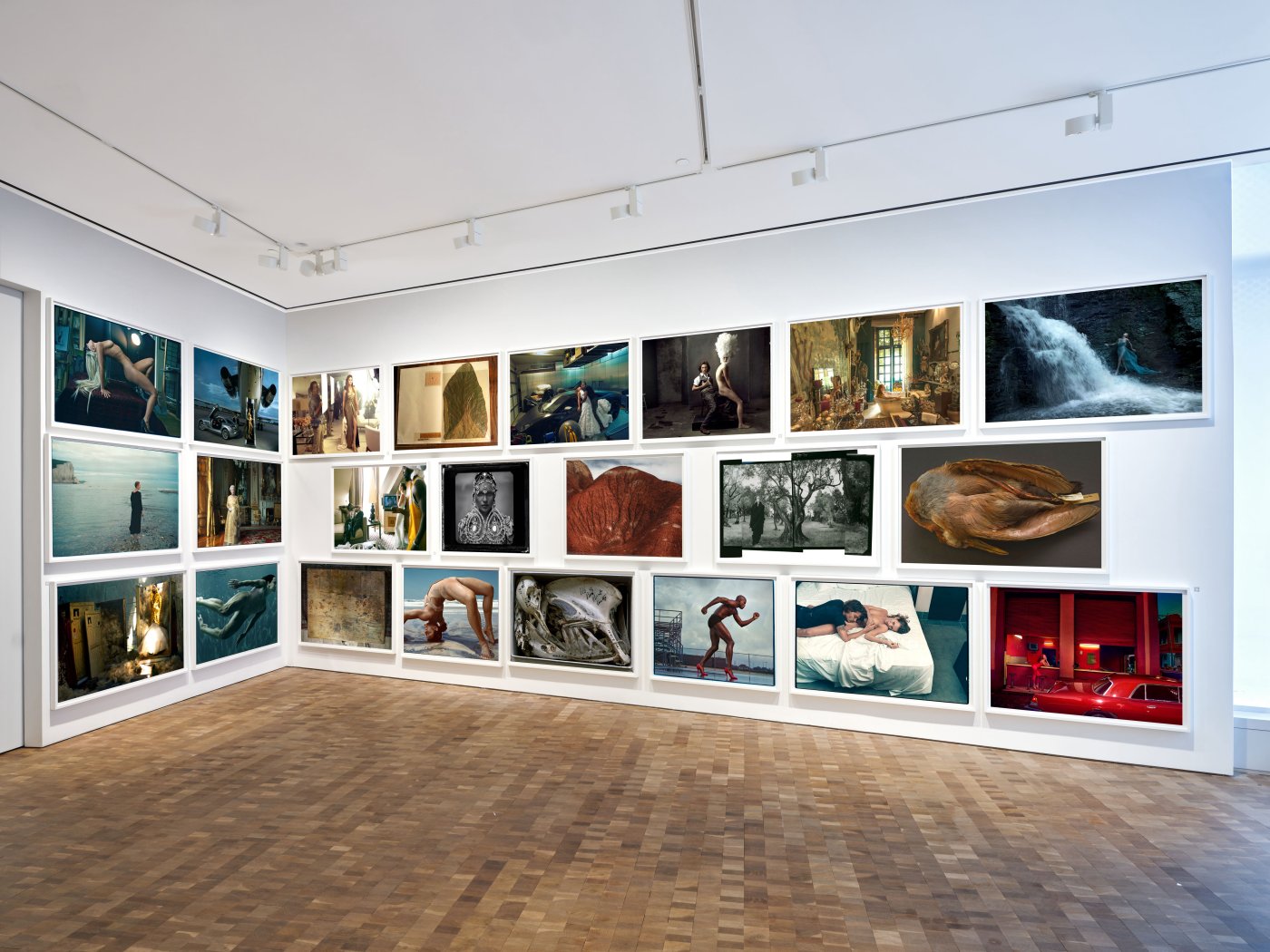 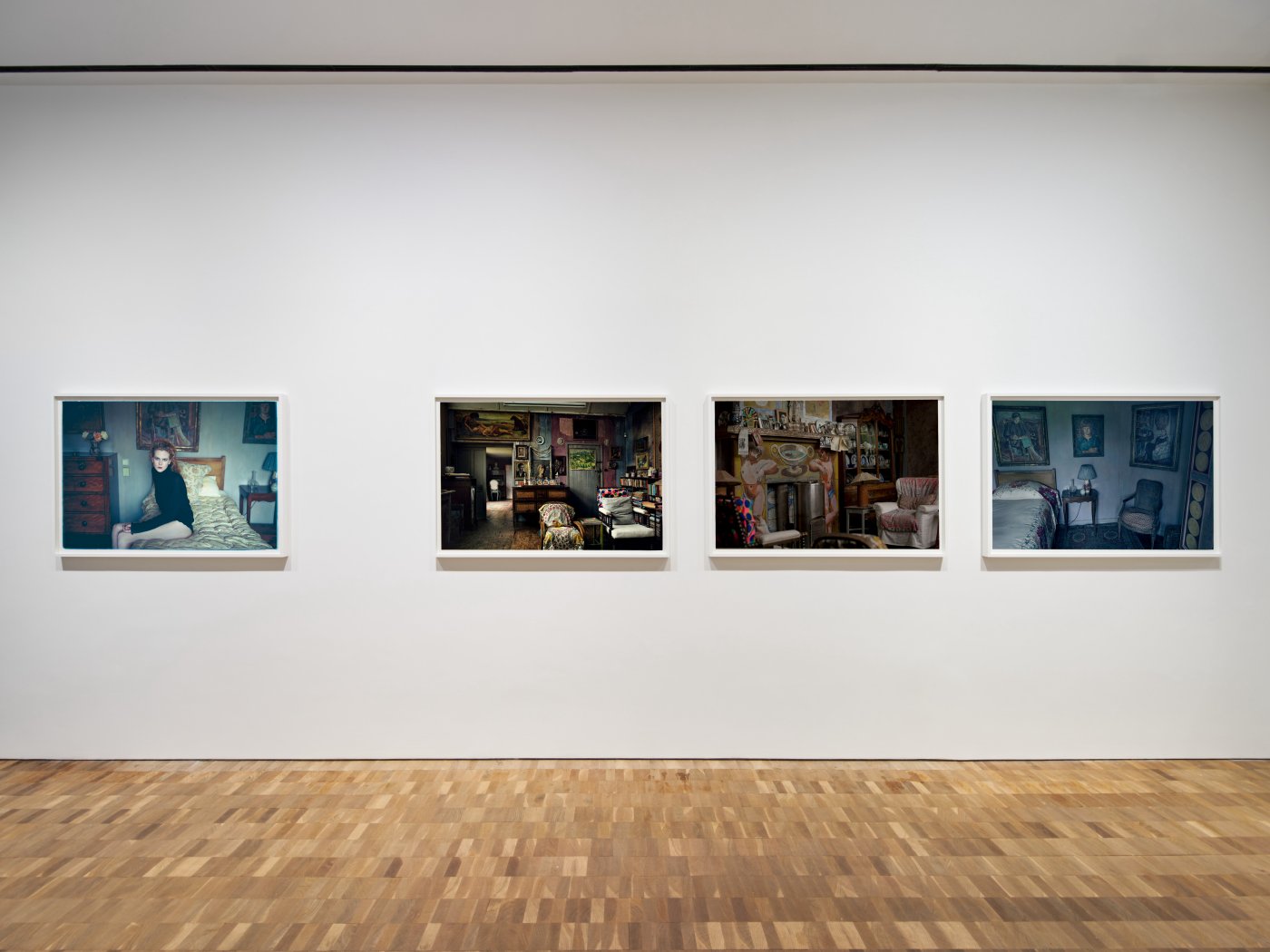 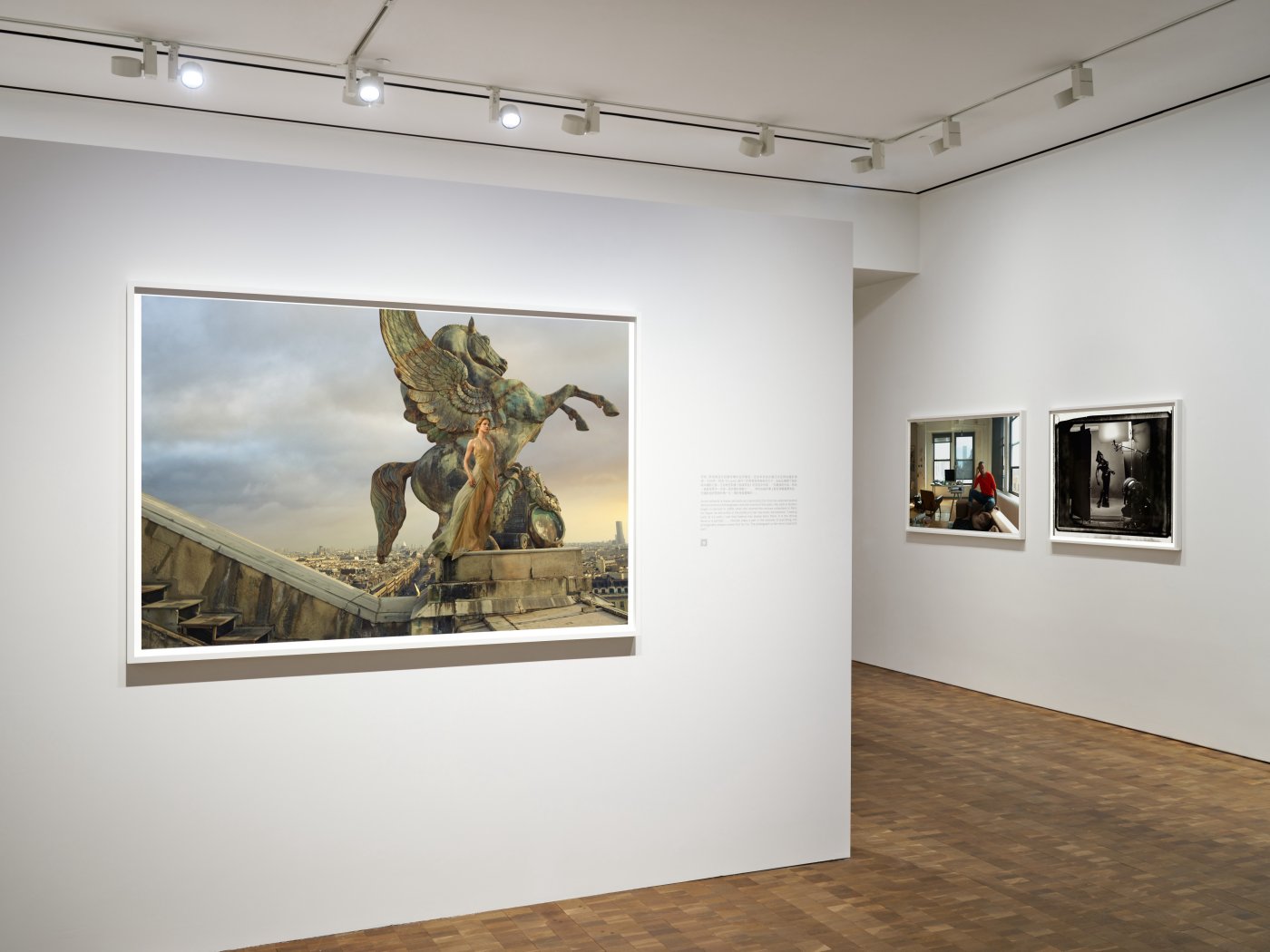 These rarely seen images from Leibovitz’s early years trace the photographer’s development from the start of her career, capturing the dramatic cultural and political shifts of the 70s and early 80s. During these years, Leibovitz became an avatar of the changing cultural role of photography as an artistic medium. These powerful images reveal her singular ability to merge the tactics of portraiture and photojournalism with profound humanism.

The exhibition also includes a selection of Leibovitz’s fashion photographs shot on assignment that, in the artist’s words, ‘revealed surprising avenues to portraiture’, offering fresh insight into the depth and breadth of Leibovitz’s unique artistic vision via fashion, landscape, and interior tableaux. In this body of work, Leibovitz makes use of visual references drawn from a wide range of sources – from literature and film, to the history of photography and the long tradition of formal portraiture within the history of art.

Annie Leibovitz bought her first camera in the summer of 1968, after her freshman year at the San Francisco Art Institute. In 1970, while still a student, she approached ‘Rolling Stone’ magazine – just three years after its inception – with a few of her photographs. Two of the images were published and she soon embarked on what would develop into a symbiotic relationship between the young photographer and a magazine that became famous for reflecting the American zeitgeist. Hauser & Wirth’s exhibition begins with photographs taken during this formative time in Northern California and is punctuated by images of the Bay Area landscape and photographs shot during drives Leibovitz often took between San Francisco and Los Angeles. The display of works taken during her thirteen-year tenure at ‘Rolling Stone’ blurred the lines between celebrity and civilian, interviewer and interviewee, artist and subject, dissolving the boundary separating Leibovitz from her subjects.

‘The Early Years, 1970 – 1983, Archive Project No. 1’ presents images of major political moments in the United States, including the 1972 presidential campaign, which she covered with the writer Hunter S. Thompson. Leibovitz’s unobtrusive lens implicates both the photographer and her peers as significant actors and contributors to events. In a poignant photograph taken on the day Richard Nixon resigned as president, her camera records the takeoff of his helicopter from the White House lawn.

Similarly, when traveling with the Rolling Stones to document their tour of the Americas in the summer of 1975, Leibovitz entered the band’s world to such a degree that only her camera served as a reminder of her identity. In one image, a cadre of frenzied fans stormed a chain-link fence outside a stadium in Cleveland, Ohio, where the Rolling Stones were performing. It was Leibovitz’s distinct ability to immerse herself in varying environments that enabled a direct engagement with her subjects, revealing their true, honest, and perhaps most vulnerable selves.

In the late 1970s she had begun using a medium-format camera that produced square photographs. The camera was appropriate for shooting set-up portraits with a strobe light. Leibovitz staged planned portraits based on a straightforward idea often stemming from a deeply personal collaboration with her subjects. Evidencing a level of uncanny intimacy and uncommon depth of engagement, this relationship can be seen in one of her most celebrated photographs on view, in which a naked John Lennon clutches Yoko Ono. The portrait, made on December 8, 1980, was meant to serve as an intimate emblem of the couple’s relationship. When Lennon was killed just hours after the photo was taken, it became a powerful visual memorial.

The singularity of Leibovitz’s vision, which included combining portraiture with photojournalism that captured historical and cultural touchstones throughout the United States and abroad, places her within a lineage of some of her personal heroes – artists like Andy Warhol and Richard Avedon, both innovators of their mediums. Influences like Robert Frank and Henri Cartier-Bresson inspired Leibovitz to turn the tide on photography’s reception. Combining Frank’s highly personal and emotional style of photographic reportage with Cartier-Bresson’s Surrealist and even sculptural art photography, Leibovitz embraced her own inclination toward personal journalism.

The exhibition continues on the lower floor of the gallery, with photographic prints selected by the artist from her acclaimed body of work made over the past two decades, including key images from Leibovitz’s first couture shoot in Paris for ‘Vogue,’ which featured Kate Moss and Sean Combs in a visual narrative that straddled two dramatic worlds: rap culture and high fashion. In scenes from another ambitious shoot for ‘Vogue,’ Leibovitz paid homage to ‘The Wizard of Oz.’ Created in collaboration with the magazine’s fashion editor Grace Coddington, this series cast actress Keira Knightley in the role of Dorothy Gale, with celebrated contemporary artists Francesco Clemente with Alba Clemente, Chuck Close, John Currin, Jasper Johns, Jeff Koons, Brice Marden, Kiki Smith, and Kara Walker assuming the roles of central characters from L. Frank Baum’s beloved 1900 children’s novel and the 1939 Metro-Goldwyn-Mayer adaptation for the screen. This series positions Leibovitz distinctly within a specific lineage of formal portraiture in which artists’ sitters have assumed historical or literary personae and dressed in costume, hinting at unseen aspects of their identities, or reflecting upon their societal contexts.

Clothing and accessories have played an essential role in both the formal construction of image and the conveyance of personality throughout Leibovitz’s oeuvre, a fact she reflects on in her preface to the new book ‘Anne Leibovitz: Wonderland,’ released by Phaidon on 18 November. She writes, ‘Looking back at my work, I see that fashion has always been there. It is the driving force in a portrait – whether it is Jerry Garcia in a black T-shirt, or Patti Smith in the much-imitated style that has endured for decades, or the Rolling Stones…Fashion plays a part in the scheme of everything, but photography always comes first for me. The photograph is the most important part. And photography is so big that it can encompass portraiture, reportage, family photographs, fashion. There are so many ways to use photography…I’ve never thought of myself as a fashion photographer, but my work for ‘Vogue’ fueled the fire for a kind of photography that I might not otherwise have explored.’