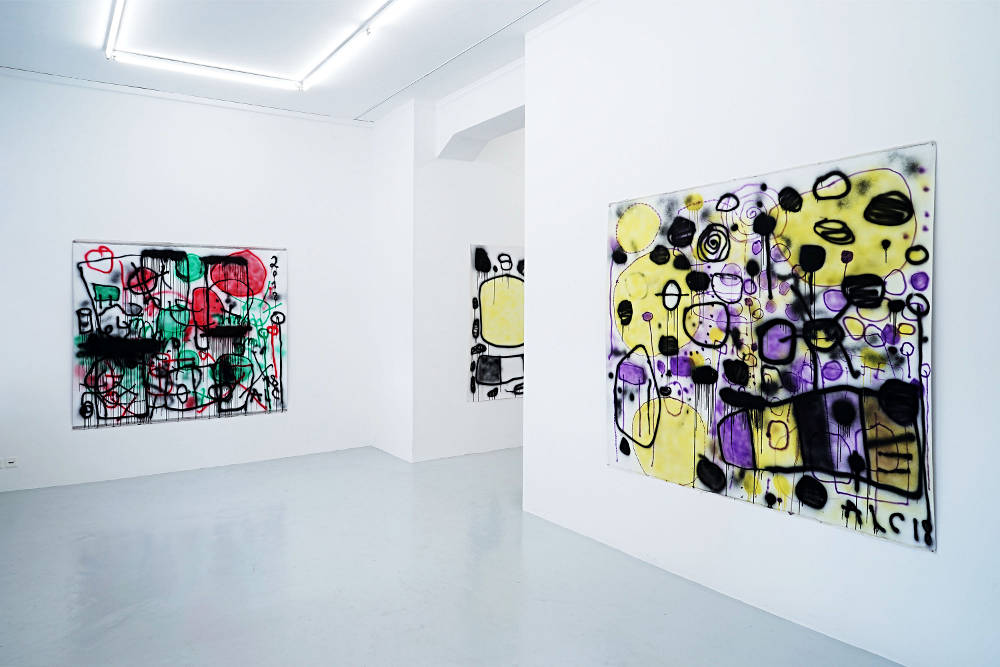 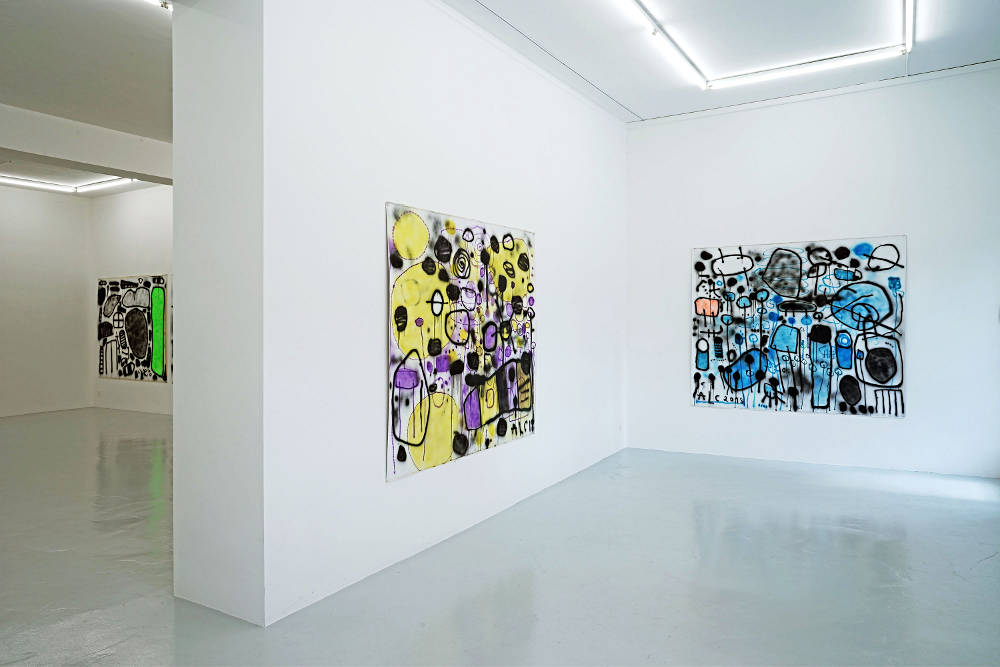 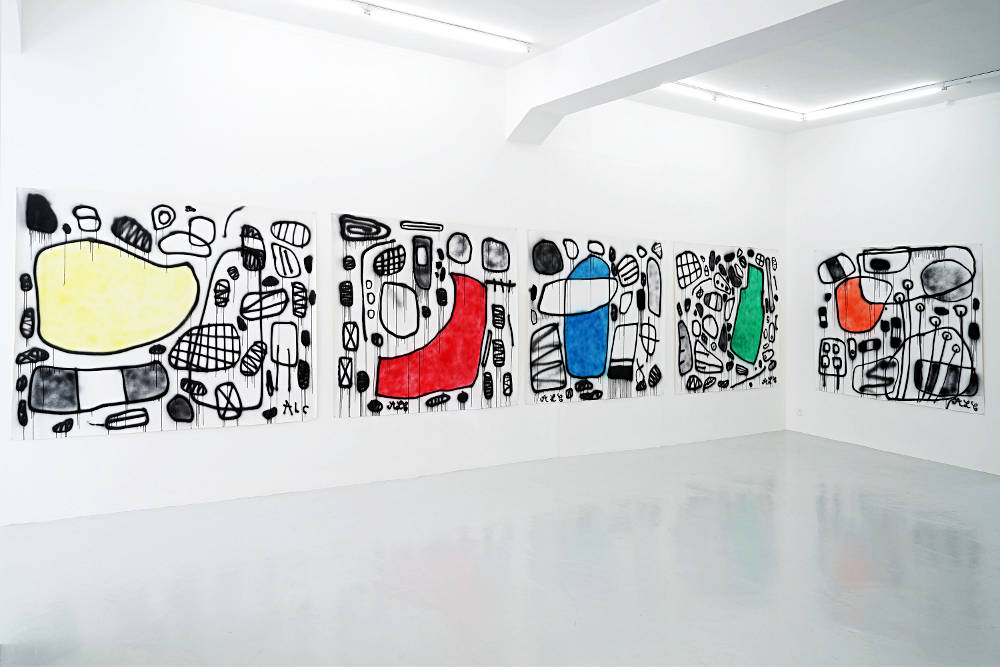 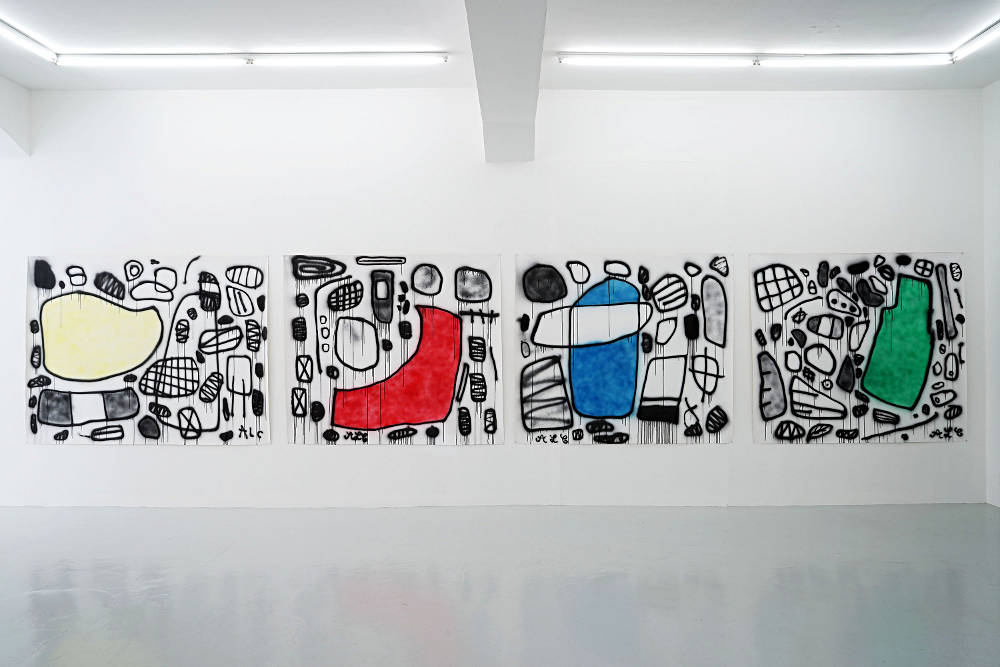 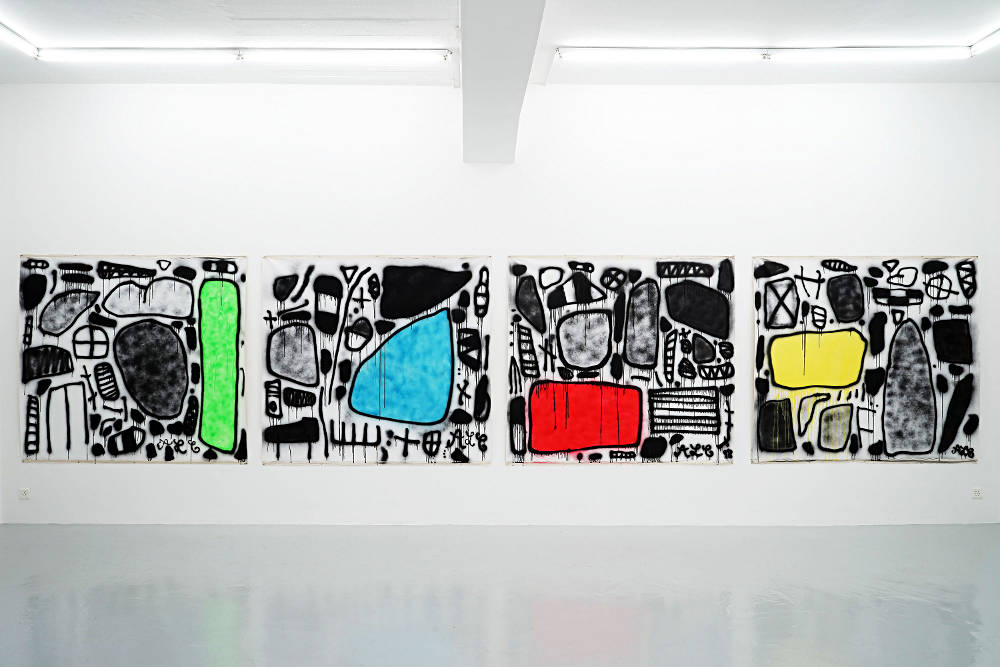 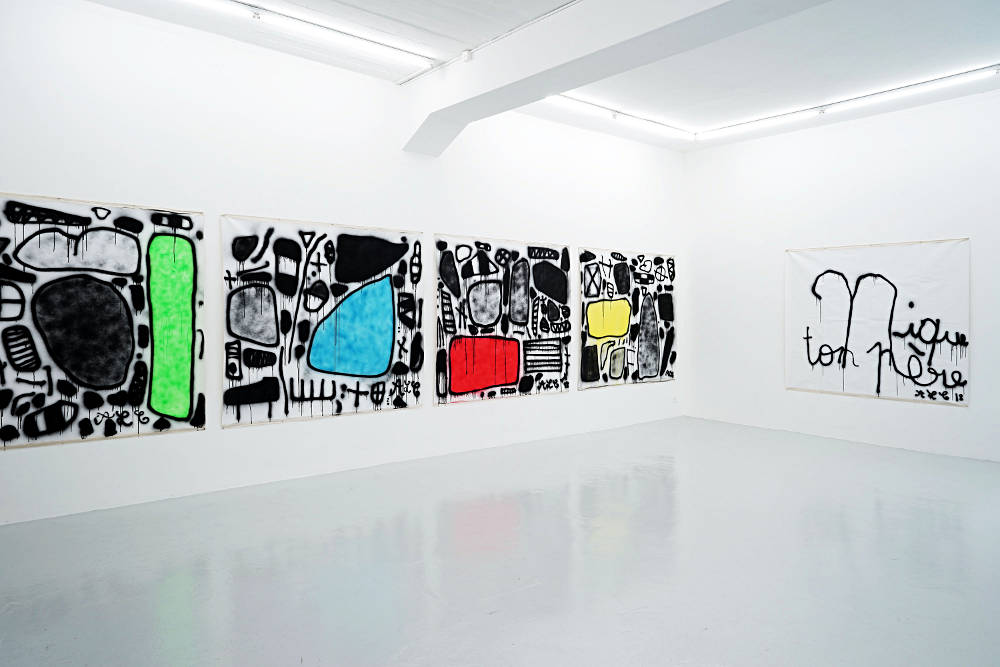 Last summer her work was prominently shown at Helmhaus Zurich. In this exhibition Anne-Lise Coste combined large oil paintings of interiors, objects and images of dense groups of refugees with small pastels, allowing on the one hand a direct insight in her state of mind and on the other hand depicting places, constellations and objects touching her. In the large oil paintings she also captured reflections of the region she lives, the South of France, strong colours and forms alluding to the work of Henri Matisse, but also emblematic indications to a baguette or even a treasured brown stool.

For La femme parfaite Anne-Lise Coste created several groups of works on unstretched canvas. All these works are done in airbrush technique, a procedure allowing no mistakes and which Anne-Lise Coste masters beautifully. These images hold due to the process an astonishing directness, amplified by the artist through a rigid site-specific hanging. She decided to hang the works rather low mimicking the way she works on them in her studio allowing the viewers to nearly walk into them. In the first space facing the street she arranged the three works from the series Houga houga. The archaic sounding title indicates that Anne-Lise Coste pursued in these works a strong immediacy in the presentation. The images oscillate between figuration and abstract forms. Occasionally an object, an iPhone, a flower, a shrub or a cephalopod are recognizable. The impression of these works suggests an impulsive process of creation. Anne-Lise Coste calls the variety of forms cosmic, scenic and microscopic.

In the main room the artist hang two groups of works, Roahhh and Ouh ouh ha ha, including each for images, and the single image Haaaa Hummmm. In all nine works black lines enclose prominent coloured forms. These coloured surfaces are accompanied by an archaic vocabulary of forms, allowing a wide range of most diverse associations. The icons remind the viewers of in stone scratched presentations from prehistoric times, so-called petroglyphs. The accumulation of symbolic signs and the enclosed field of colours allow references to contemporary art, notably to the systematic inventions of the American conceptual artist Matt Mullican. To break the uniformity of the room Anne-Lise Coste hang the non-conform image with the x-rated demand Nique ton père on the main wall.

In the back room hangs a small oil painting from the series De l’amour et de la solitude. On this unprimed canvas Anne-Lise Coste unfolds a variation of colour fields.

All works in the exhibition La femme parfaite point to the basic wants of Anne-Lise Coste: To find artistic expressions to depict the world around her “among the hundreds of pounds of plastic waste”. Her art holds a necessity and urgency, from which one can’t escape, or “should right away go to a beach”.