Anna Park (South Korea, 1996) presents at T293, for her first solo show in Europe, a new series of charcoal drawings that weaves in and out of representation to abstraction. 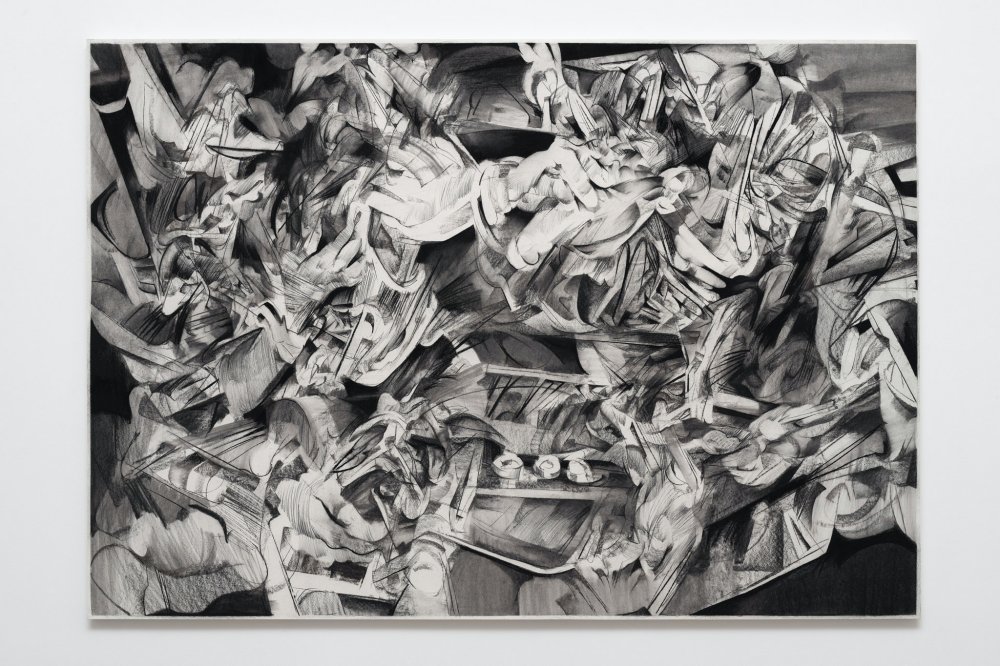 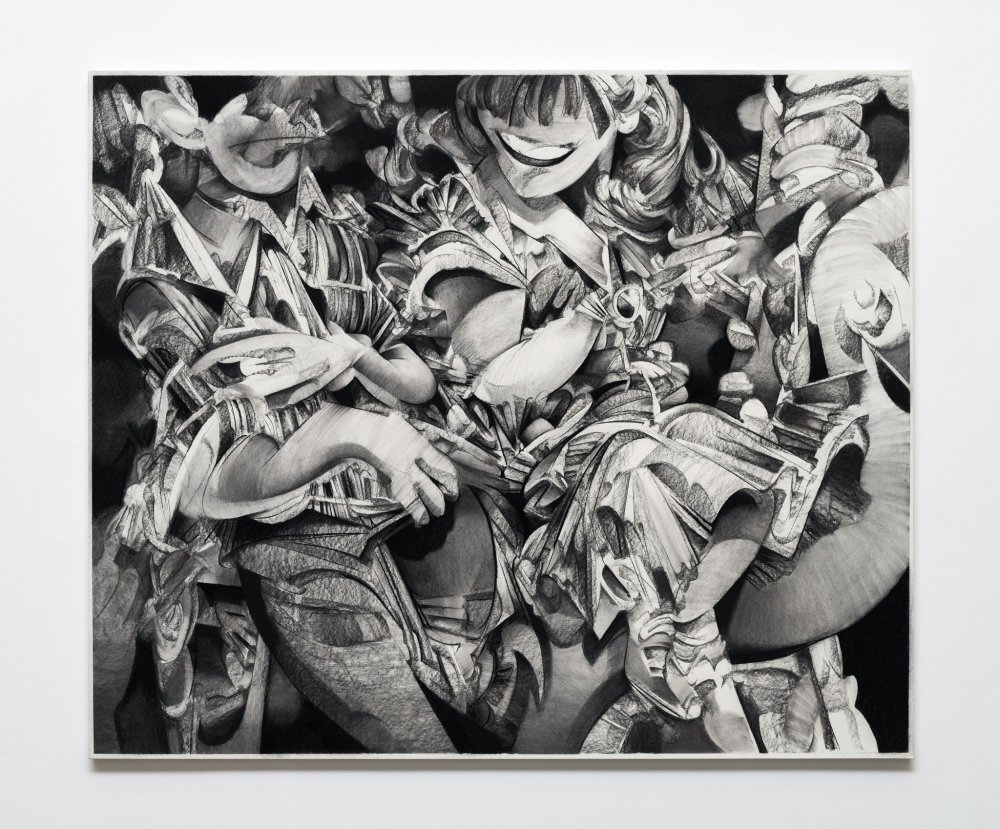 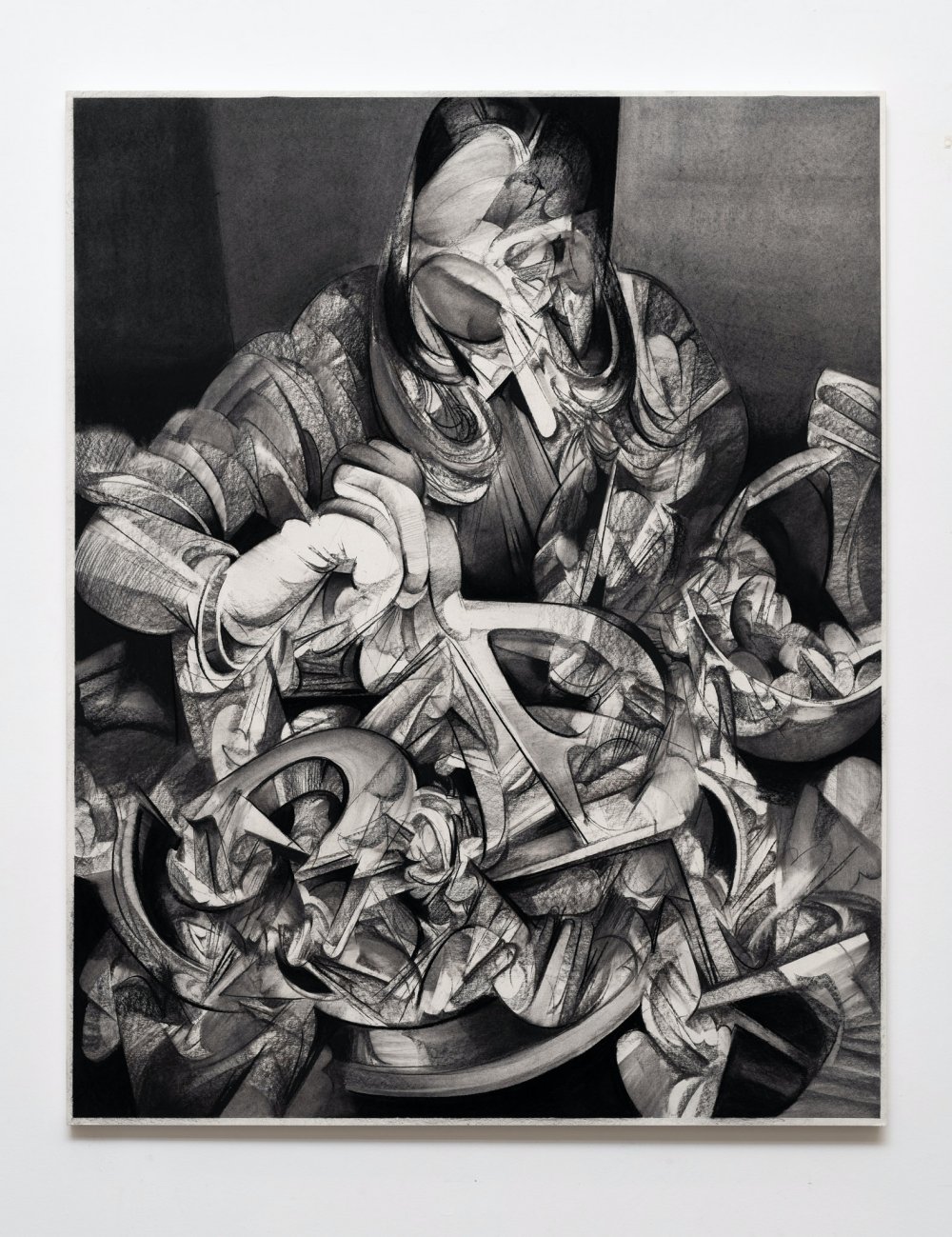 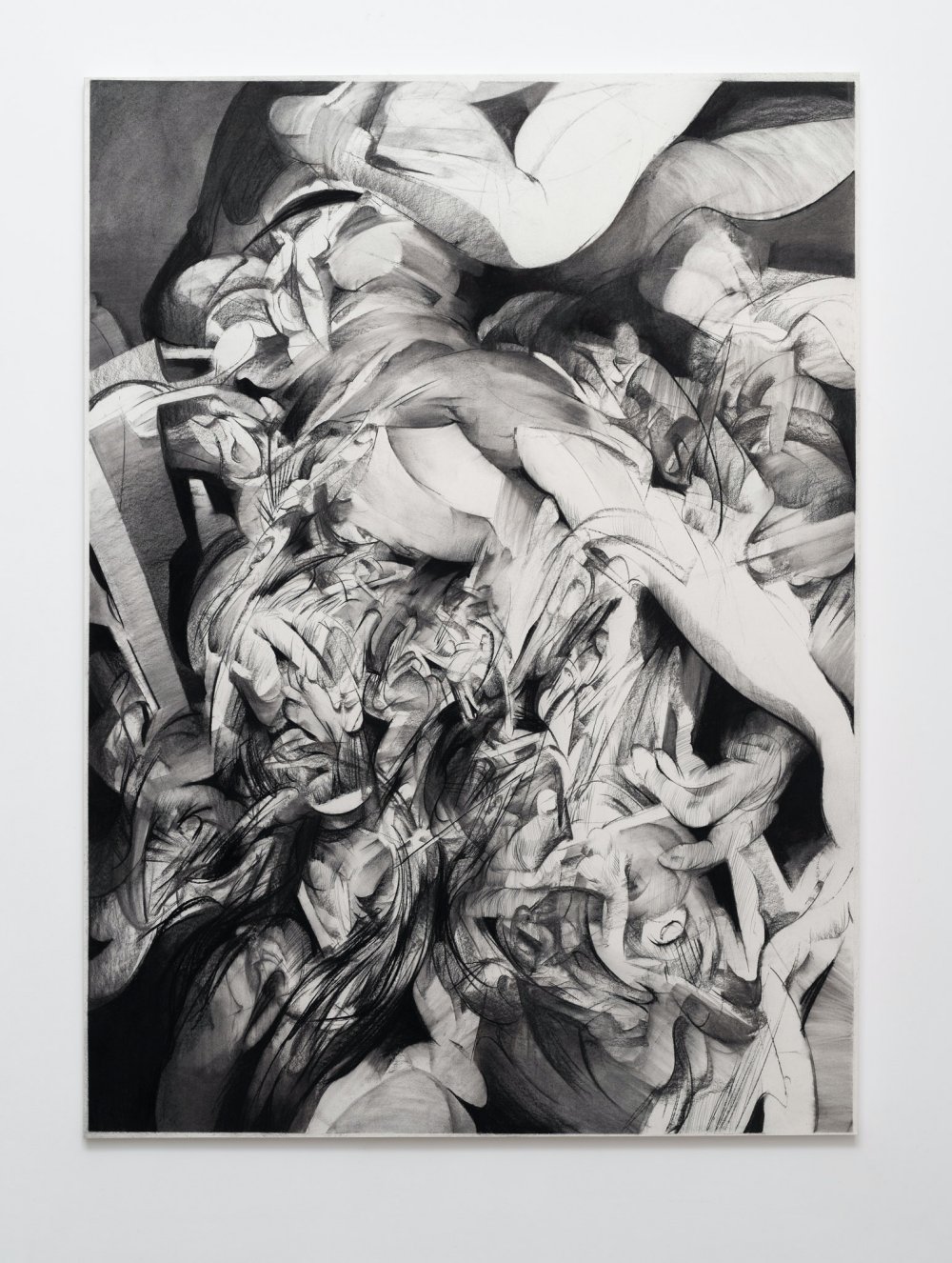 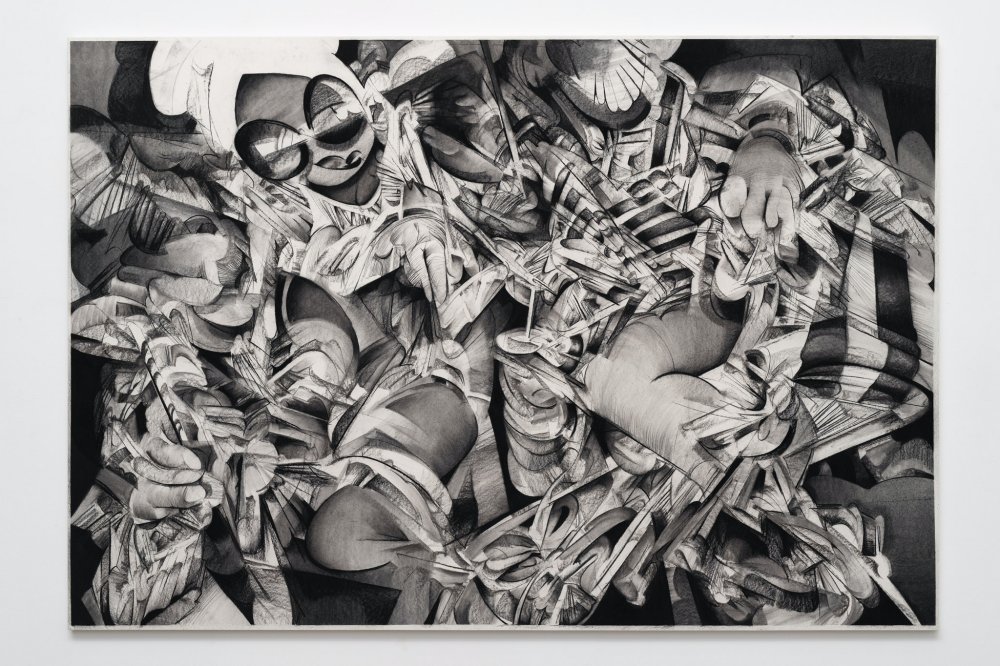 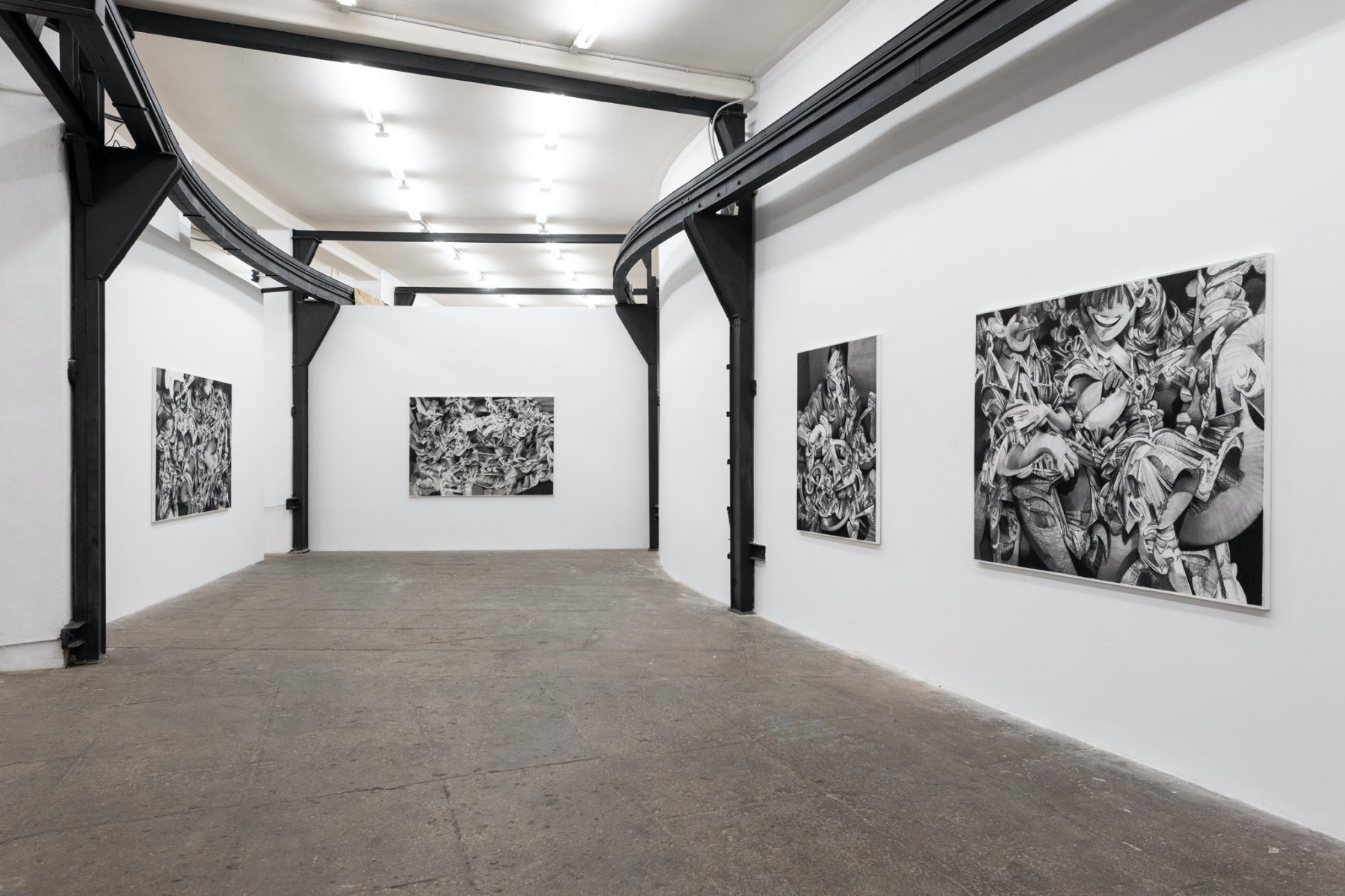 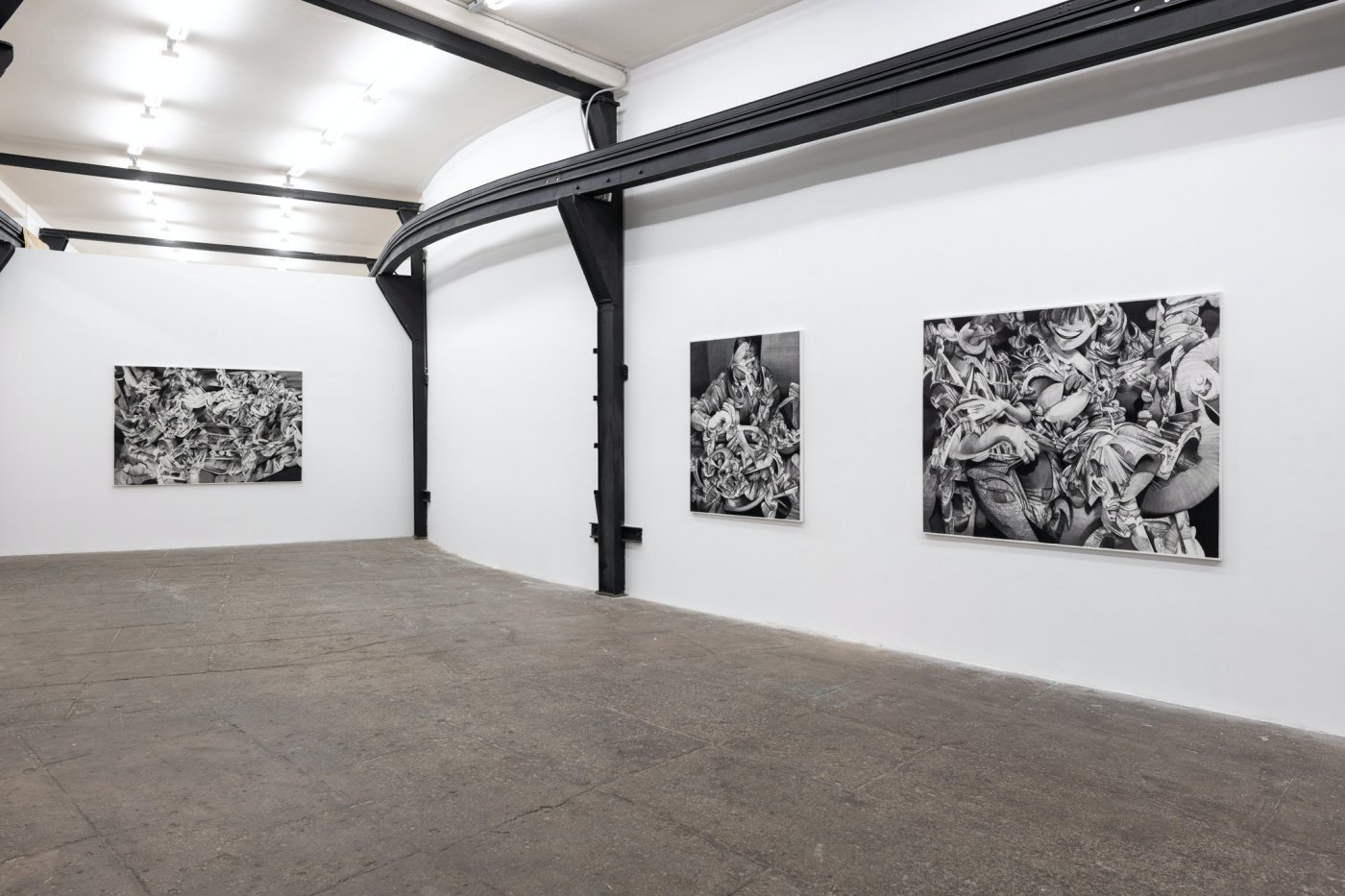 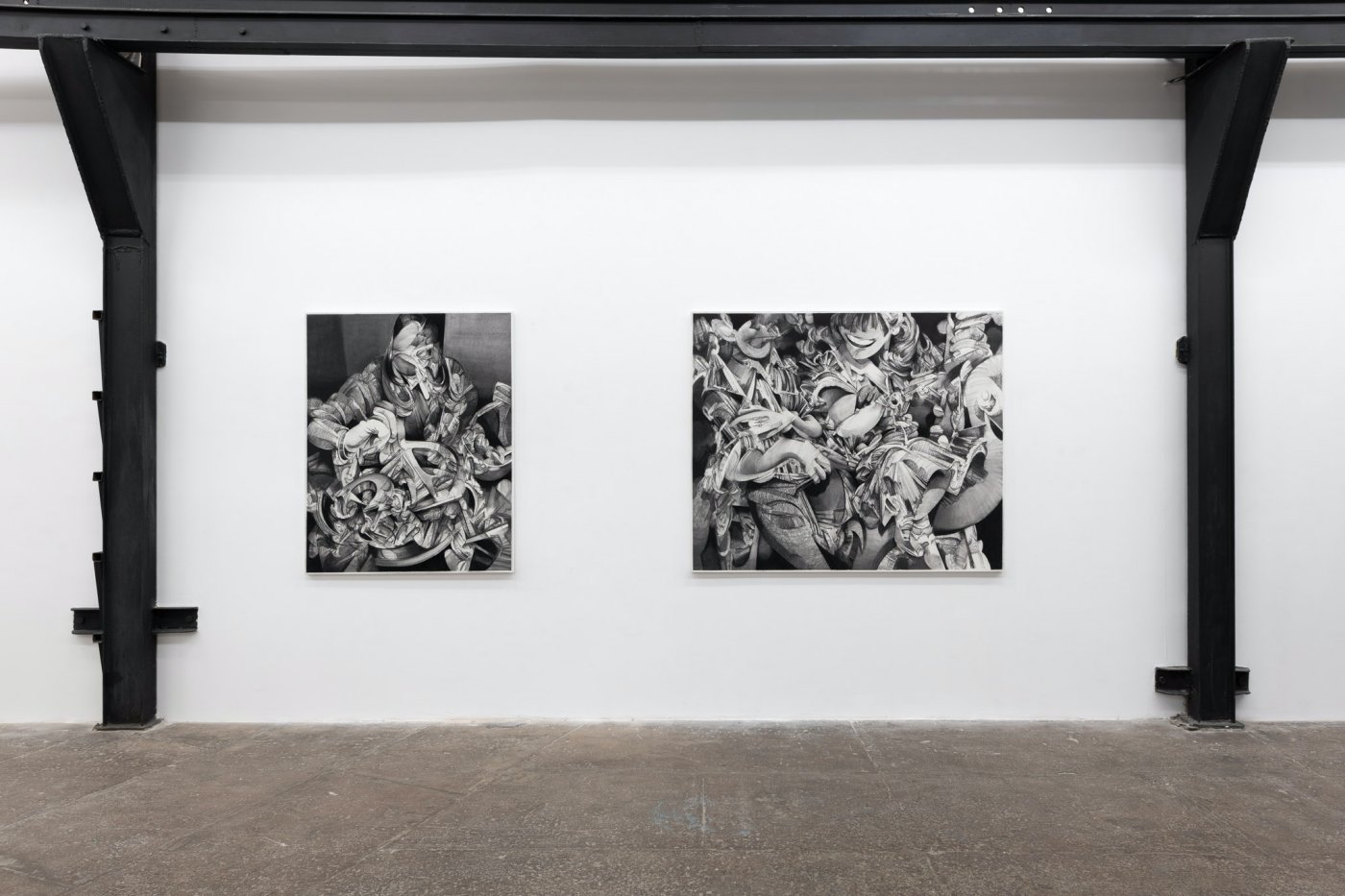 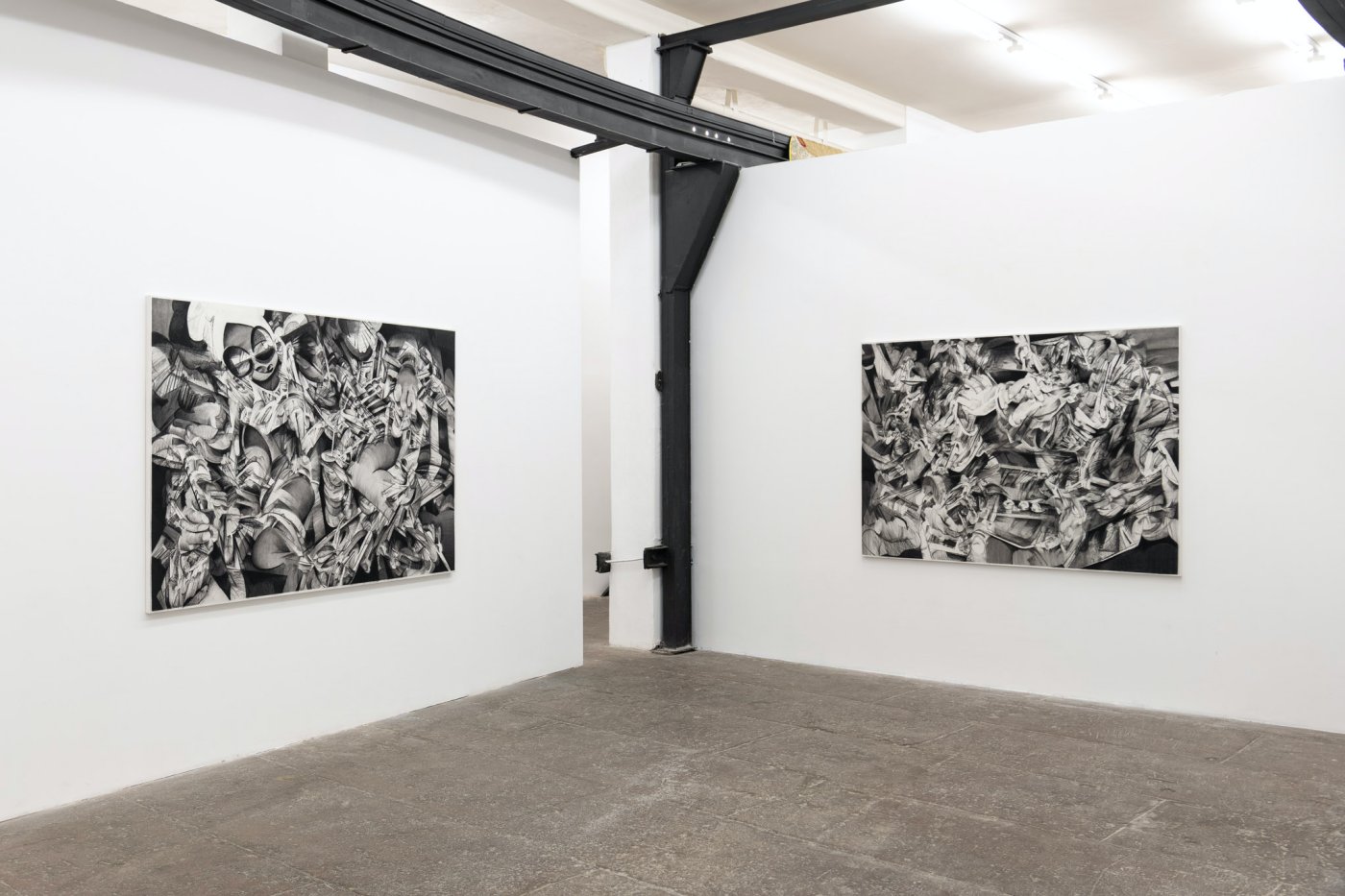 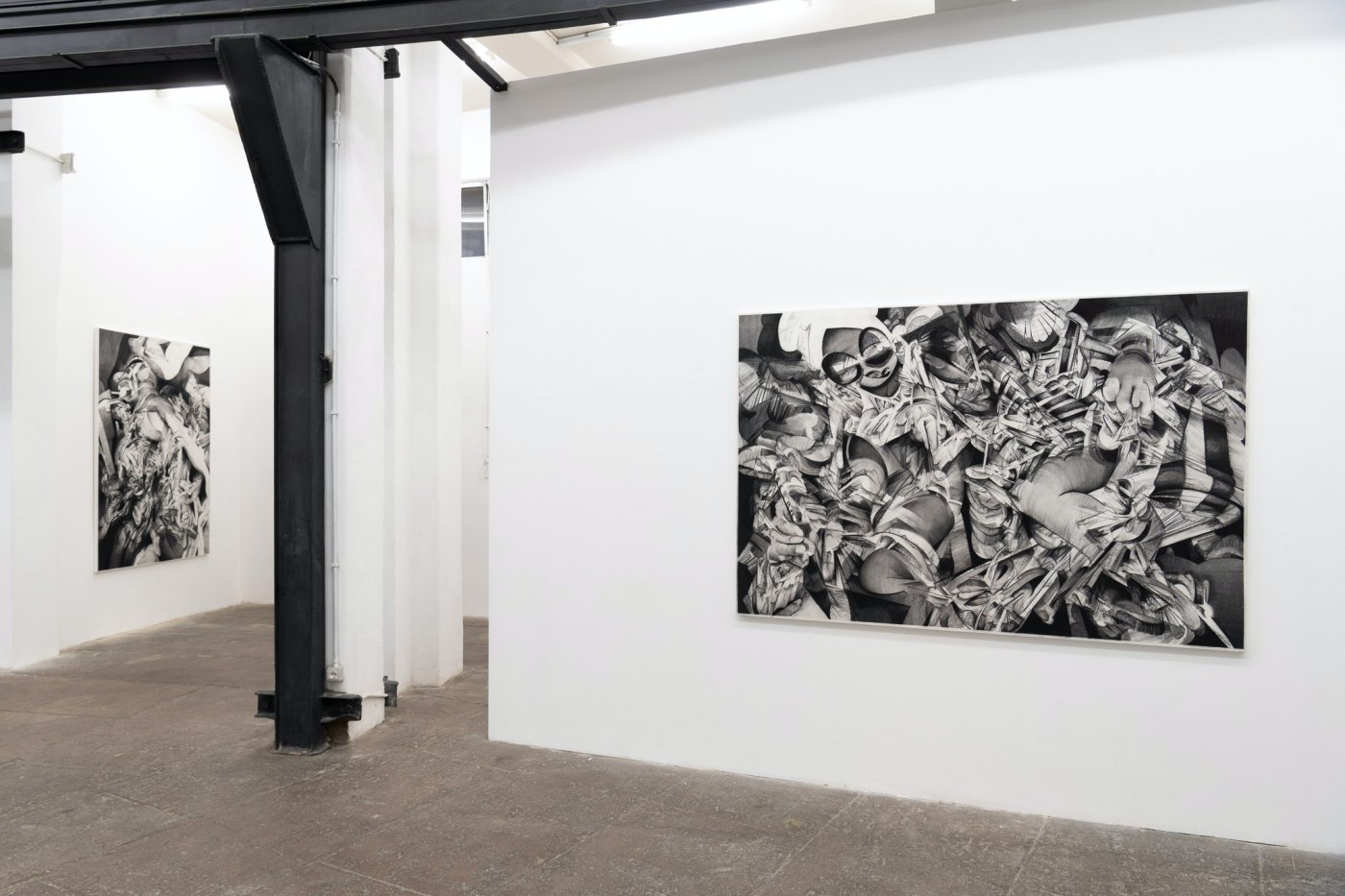 Anna Park – as she describes herself – is a natural people-watcher. In her childhood, by constantly moving from one city to another, she developed a voyeuristic approach to life that later became evident in her artistic practice. The careful observation of those contrasting experienced environments serves as an investigation of human and social behaviour, that the artist then translates into a personal level through her distinct style.

Park’s creative process begins with the selection from her own stock imagery of a photograph, usually of a crowded place. The artist uses the sharp lines and cutting shapes of the crowd as guiding elements to set up the architecture of the composition. After visualizing the image in black and white, Park initiates a second, more instinctive approach. The creative power flows now spontaneously from the charcoal through the paper, filling the space with a seductive rhythm. The result is an ever striking composition, orchestrated with a refined use of light and shadow.

The exhibition title On Tilt suggests being on the edge of an emotional breakdown. The highly elaborated scenes depicted on the drawings are claustrophobic compositions built on an undefined number of elements. Images are freezed in their most impactful moments, and time seems to have stopped at its most dramatic instant. By creating these ephemeral frames of ecstasy, the artist offers an opportunity to slowly unveil the powerful imagery that lies underneath them, instigating an absorbing discovery experience.

Through her black and white powerful lines, we can find noteworthy references that derive from sources as diverse as Hollywood productions of the Twenties, passing through comics language and culminating into interesting Futuristic mentions. The deformities that characterizes Anna Park’s works – though pervaded with distinct old-school references – are a reflection of our own time. Unpretentiously, her paintings end up being precise observations of the sense of ecstasy and anxiety the last generation has been dealing with in a crescendo stream, standing as an often disturbing but always impeccable insight of contemporaneity.