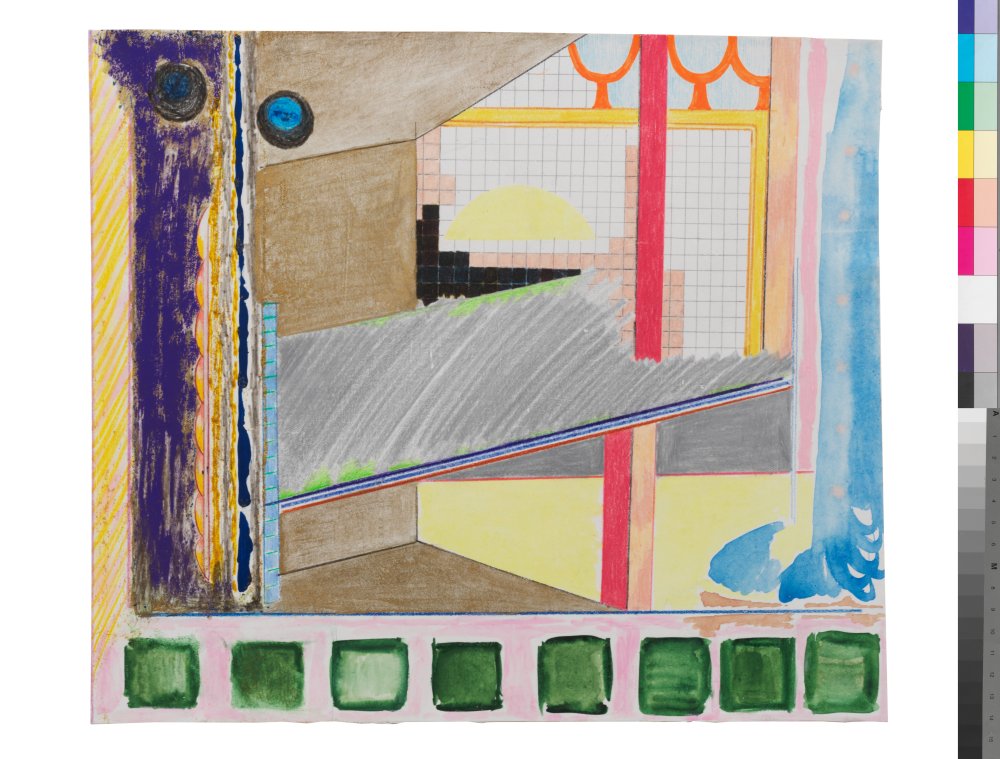 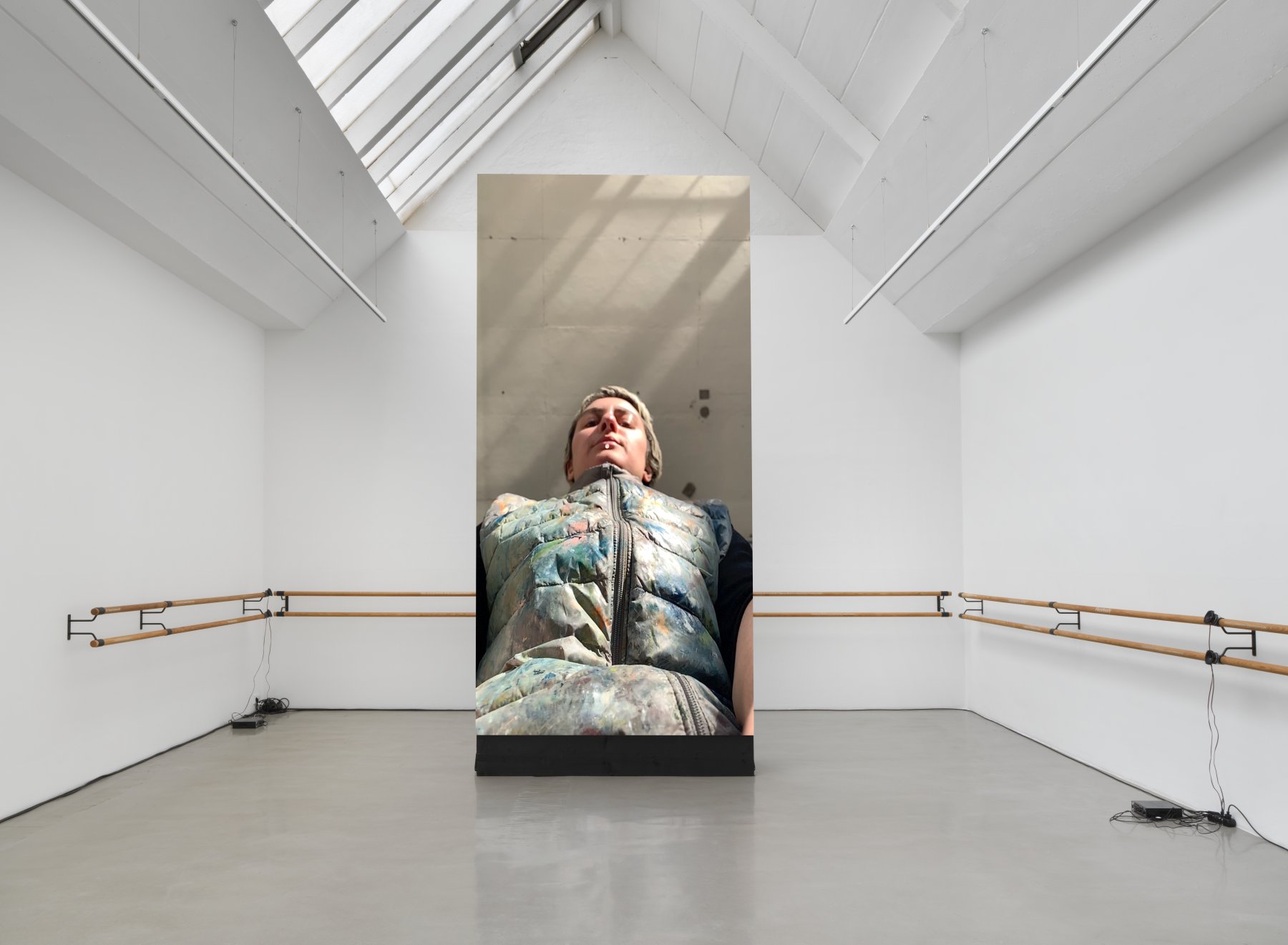 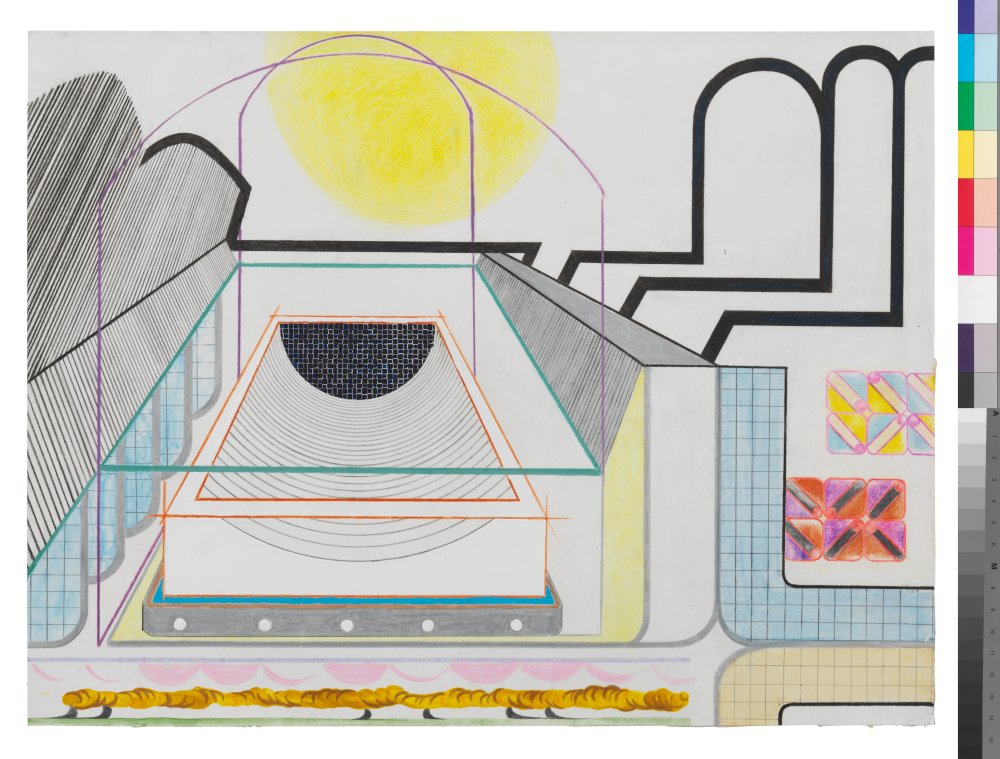 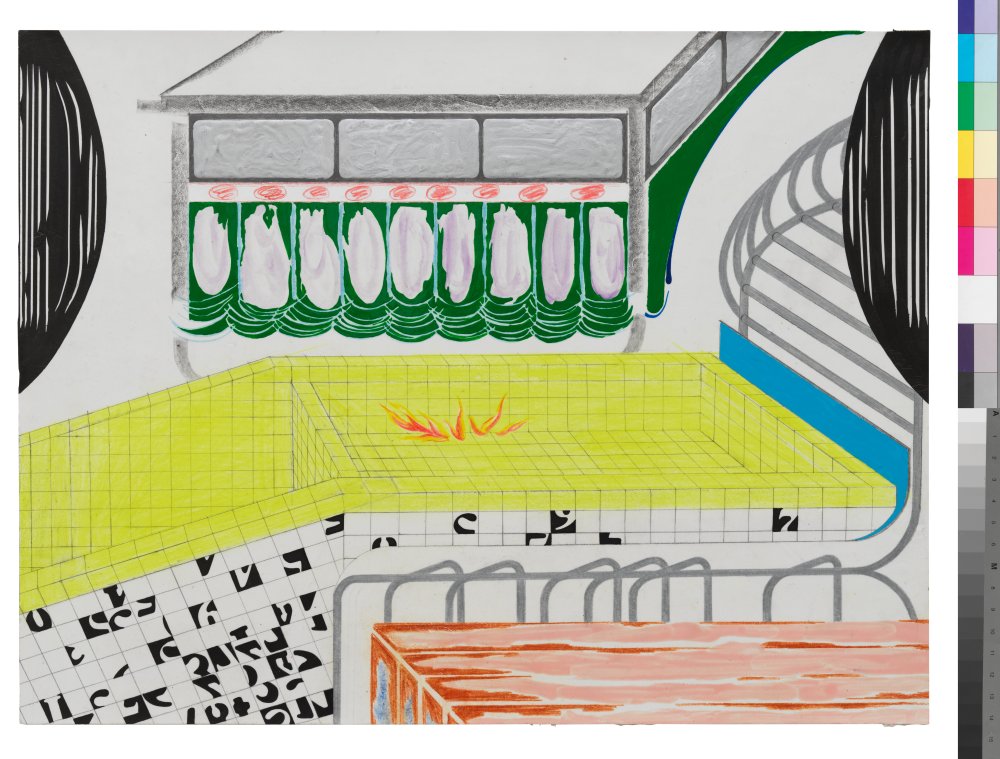 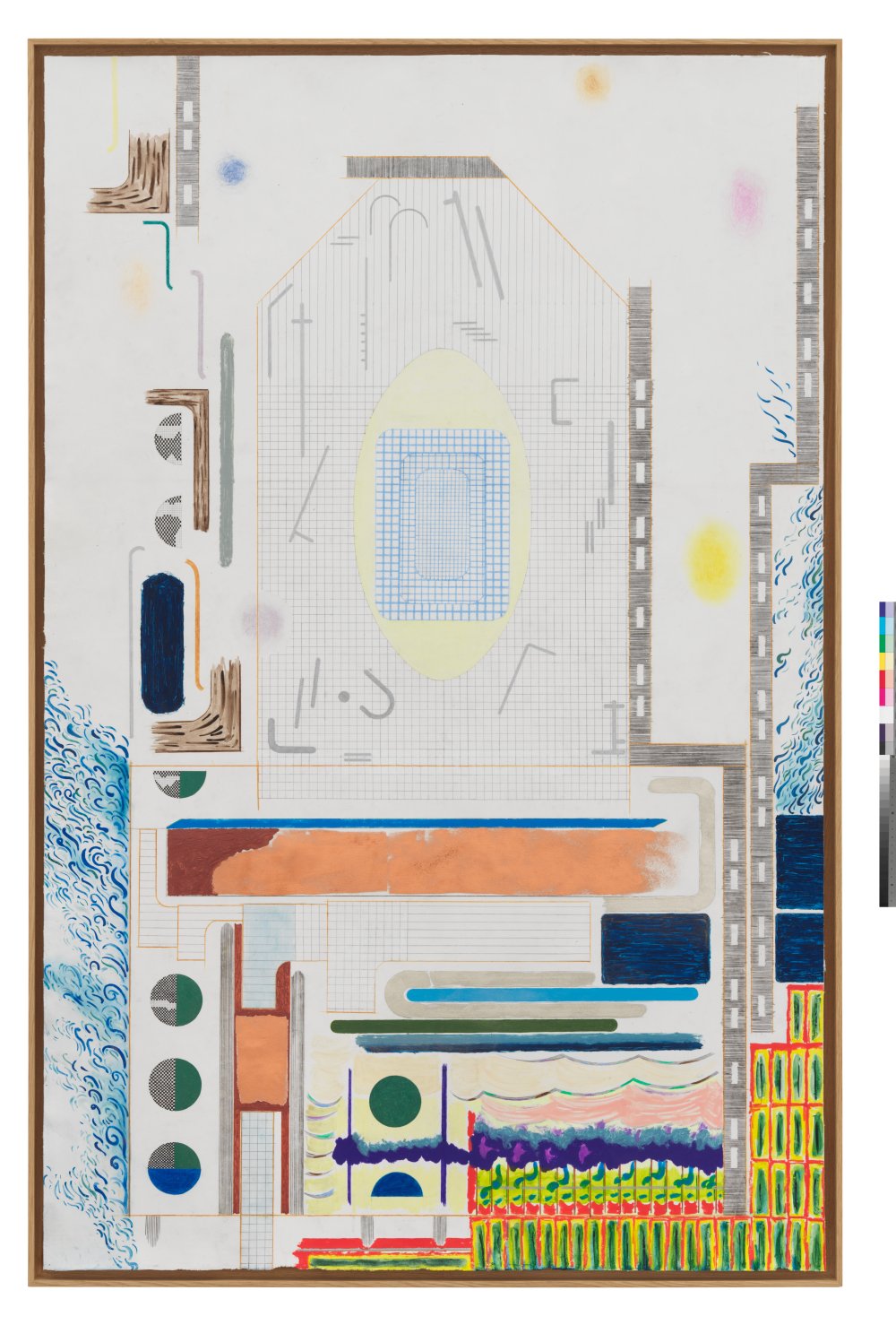 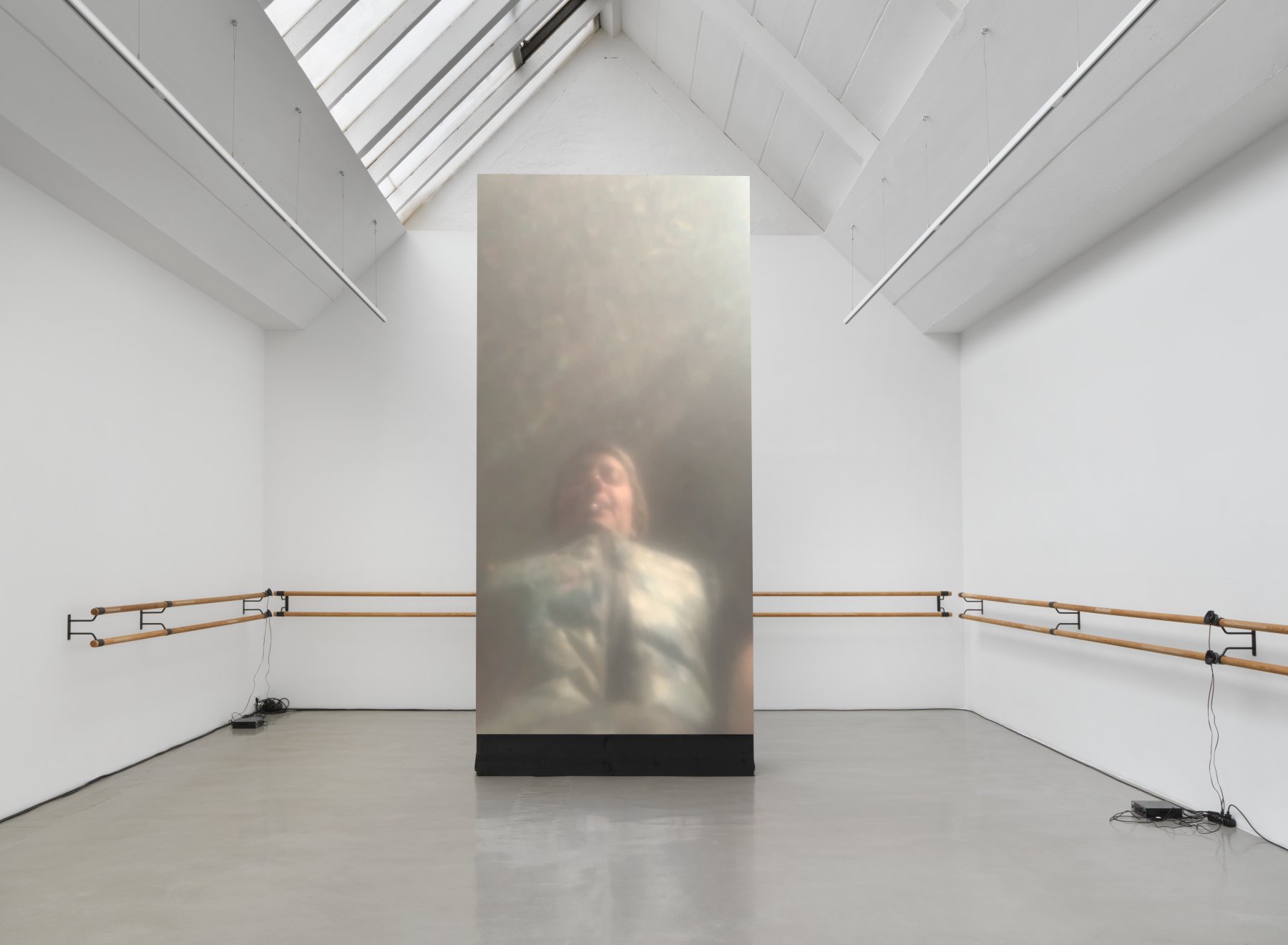 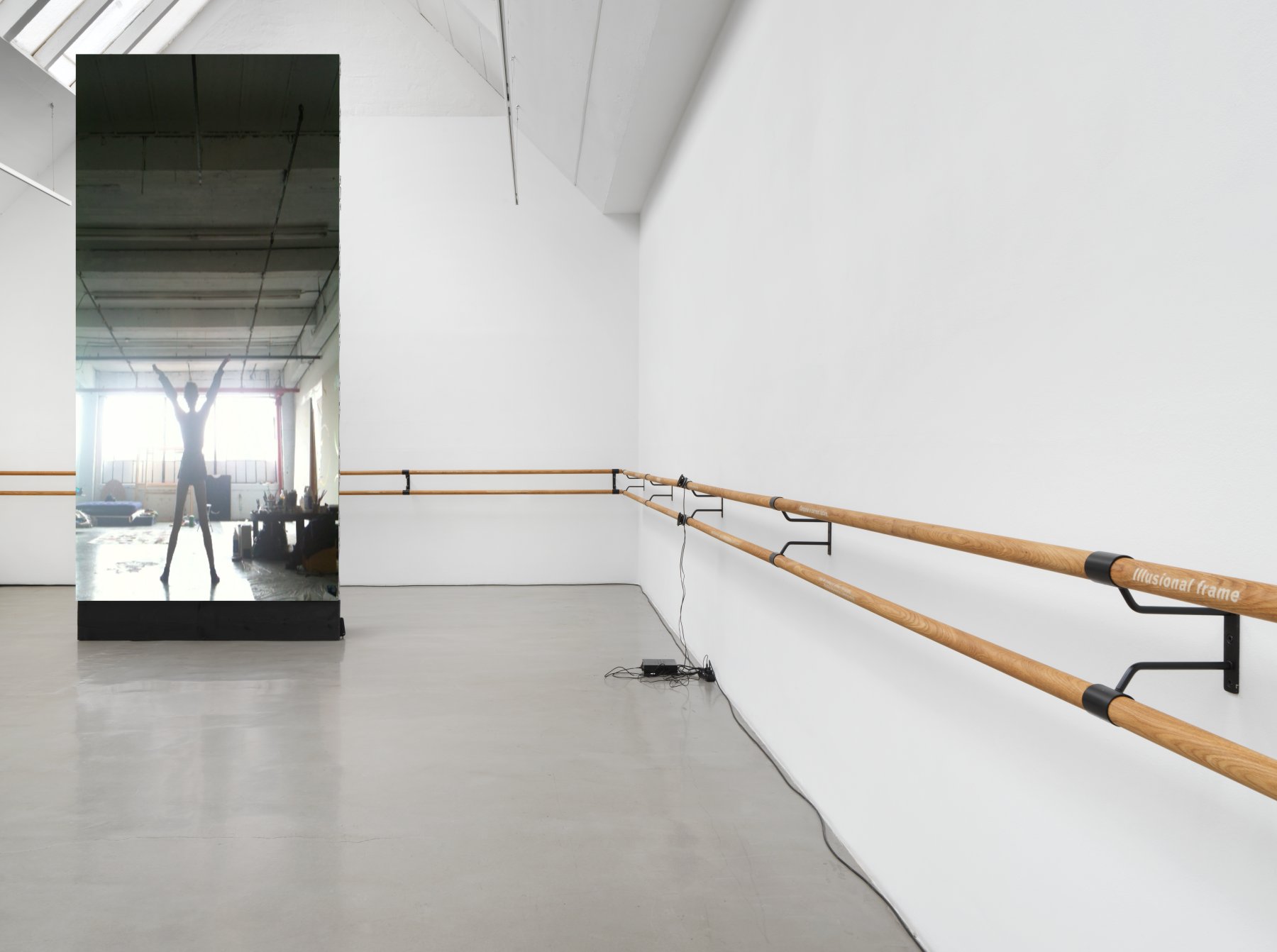 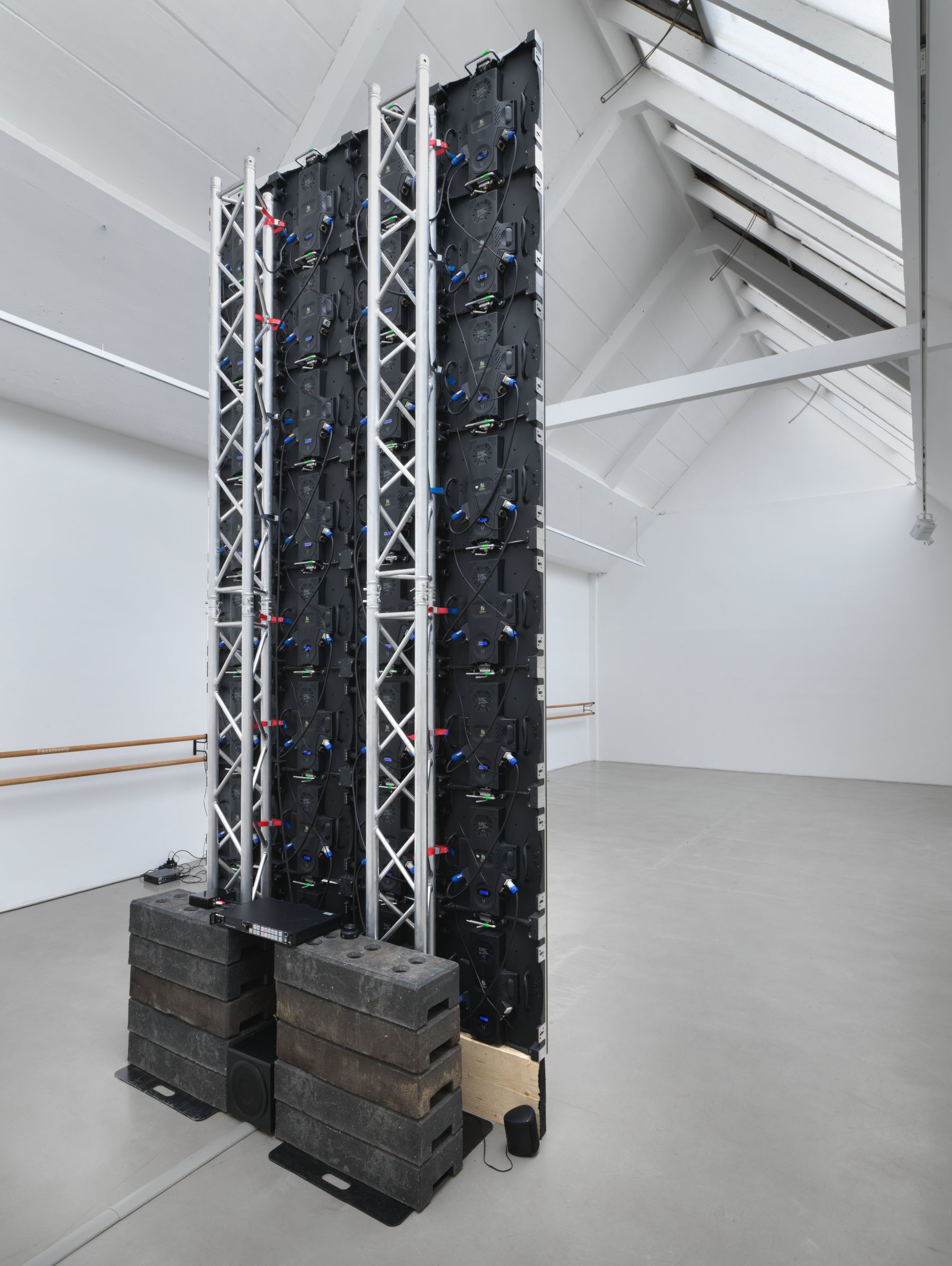 K. E. looms above the low- angled camera like a totemic figure. Were it not for the glossy emissions that form on her lips and splash in slow-motion onto the lens below, she could be cast in stone. But the drop lets keep falling, implying humanity, and increasingly obscure the lens, transforming the image into an impressionistic storm. Caught in its hazy centre, K.E.’s resolute figure swims in and out of focus as the maelstrom steadily builds.

The gesture is simple, denoting both a rejection of the lens—the myopic ‘selfie’machine—and a cleansing, regenerative impulse to nurture and make new. As in past works (Countdown Belladonna, 2018), K.E. engages with the lens and the narcissism it inspires as an antagonistic force, creating a fragmented feedback loop between her body and the screen, haunting her own image. As shards of sunlight refract through the gathering liquid to form a seething moiré, her stoic figure begins to warp and lose definition, merging with the landscape that surrounds it, creating a kind of double jeopardy by which each droplet of saliva represents a simultaneously creative and destructive act.
Situated in the centre of the room, the vertical screen consciously replicates a classical portrait, albeit one embedded with contradiction, existing in a state of perpetual fl ux. At once sharp and blurry, descriptive and abstract, every frame constitutes a unique portrait of its own as K.E. herself exists as both god and ghost within her created world. To bolster this dualistic effect, and with the gallery space in mind, K.E. chose to work with pixelated LEDs rather than projection so that, like a Times Square bill board, the image is coherent from a distance but breaks into singular, abstract pixels when viewed up close.

This film is bookended by a shorter clip in which K.E. runs from the camera into a pool of light, painting the letters ‘Happy Birthday’ with her body. After the many interior repetitions of the main film, this clip, filmed on an iPhone in 2011, is a fleeting surprise in tended for those who catch it.

In dialogue with the films, ballet barres, engraved with words and spackled with hardened marzipan, gird the main walls. Situated around the screen, they give the impression of corseture, binding K.E.’s embattled figure in place. The phrases, which K.E. refers to as ‘poetic outbursts’, are fragments of a complete text, Profound Approach Easy Outcome — an index of thought patterns experienced during the making of the work — designed to be disordered and reinterpreted. Marzipan is an apt conduit for these insights: soft and tender at first, the paste hardens as the sugar reacts with the air and what water there was evaporates, leaving a kind of cement that reinforces each word whilst retaining a vital fragility.

Moving through the space, a vibrational intensity gradually builds as a series of rhythmic drumbeats play from small speakers affixed to the barre brackets. These sounds, created during a road trip through Texas, constitute a mantra of perpetual motion, imbued with the meditative, repetitive energy of an infinitely unfurling road. Phrases and strains are repeated and yet each time the experience is different, relative to constant changes in the listener’s surroundings and state of mind, forming a dadaist chain of cumulative eloquence. Crucially, these tracks exist in direct communication with the elongated, whale-like sounds of the main film, creating constantly new and unique moments of integrated experience.

Dolores Ipsum refers both to the tradition of placeholder text, by which individual words are repurposed as a visually descriptive block, and to the idea of ‘pain in and of itself’. A blind text, stripped of distinct meaning, and a singular, undiluted pain. The two run alongside one another, spilling over and pollinating the surrounding air. They seem to suggest that any single thing might be split apart and reshuffled in this way, according to the demands of a moment. Infinite combinations and, with them, infinite experience.