“A painting must be alive – luminous – contain its own inner life.”
Anna-Eva Bergman’s notebook, October 17, 1946

Perrotin New York presents the first survey exhibition in the United States of the late Norwegian-born painter Anna-Eva Bergman (1909-1987), entitled Revelation. Despite Bergman’s colorful life and strikingly original creative output, there has yet to be such a spotlight on this talent—a situation that is soon to change, given a major pair of retrospectives set to open at the Musée d’Art Moderne de Paris and the National Museum of Oslo in 2023. 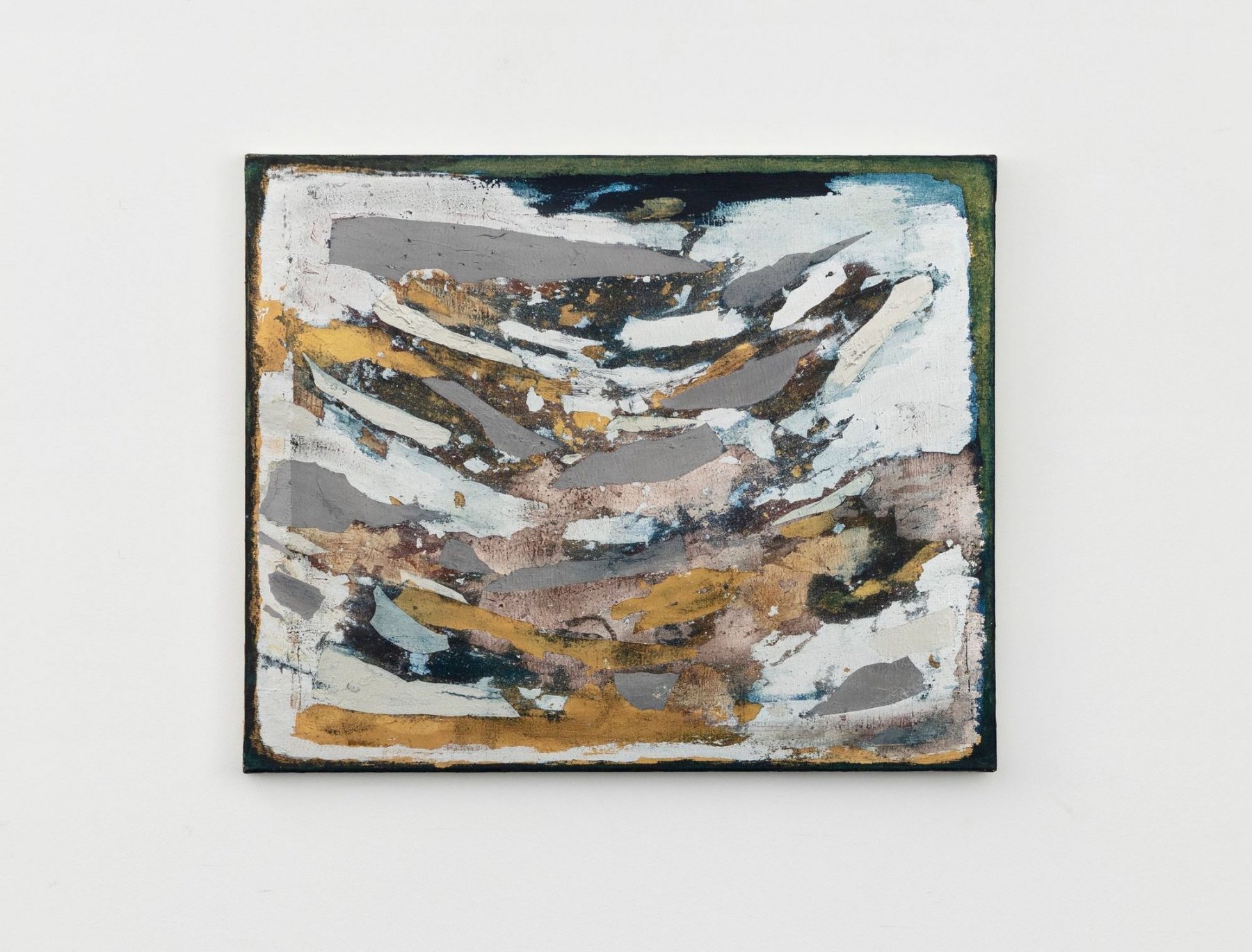 Bergman was a fascinating polymath with an insatiable curiosity. She began her career as an illustrator, journalist, and author before focusing on a passionate, quasi-mystical concern: to reveal, through painting, the elemental and invisible forces that govern the universe.

In the wake of World War II, she experimented tirelessly, engaging in radical experiments that produced a deceptively simple vocabulary of motifs. These non-figurative images are at once cosmic and telluric, otherworldly yet intensely connected to the here-and-now. Later works, from the 1960s onward, begin to integrate gold or silver sheet metal in subtly remarkable ways. There are glimmers of Mark Rothko or Barnett Newman—contemporaries of Bergman’s whose paths she crossed— but also of Fra Angelico, Gustav Klimt, or her Norwegian elder, Edvard Munch.

Bergman’s oeuvre would be astounding on its own, had she lived a simple and unremarkable life. But the work achieves a new resonance through the prism of her biography: the journey of a singular woman through the trials and tribulations of the 20th century.

The artist spent her childhood in Norway “under the sign of fear,” as she once wrote. An upbringing in an unstable household was harsh; art was an early salvation. Bergman left Norway to sharpen her skills in Vienna and Paris, where she would marry Hans Hartung at the age of 20 (the couple would divorce eight years later, only to remarry in 1957).

Bergman’s life was punctuated with struggle, suffering, and activism. The Nazi occupation of Norway, the ravages of the Holocaust, and the blistering violence of atomic war shocked her to her core. As with many of her contemporaries, her art would unconsciously reflect a “Return to Zero,” to borrow a phrase from Barnett Newman: a formal paring down, signifying a rebirth following the calamity of the war. While Bergman’s work may at first glance appear completely divorced from any historical or political concerns, it’s deeply embedded in the tumult and tragedy of the 20th century.

Around 1950, Bergman began to turn a socially conscious eye on the northern landscapes of her native Norway. She had an almost paroxysmal sensitivity to the mineral purity of this terrain, home to the indigenous Sami people, whose forced Westernization deeply revolted her—at a time when much of society was indifferent to this community. Indeed, visits to the ruins of post-war Germany would further affect the artist, deepening her cynicism toward the supposedly “civilized” nature of the West.

This stage of Bergman’s career was a laboratory of forms, an alchemical process of translating the intangibles of the Norwegian landscape—the drama of cliffs, stones, steles, water, air—into an archetypal, elementary lexicon. Far more than a simple aesthetic evolution of her own practice, this was Bergman’s attempt to reconceive the entire universe, in miniature, and reflect on the relationship that human beings have with the natural world.

These grand ambitions would swell from the late 1940s to her passing in 1987. Bergman’s goal was nothing less than escaping the limitations of the human scale, to confront the micro- and macroscopic elements of the cosmos—to the point of actually merging with them. “We must be one with what we paint….” she wrote in her notebook late in 1948. “We must be both the motif to be painted and the one who paints it. It is then that we create something.”

On one hand, this could be considered a metaphorical process, but it’s one that Bergman undertook with the utmost seriousness and gravity. As with Swedish painter Hilma af Klimt, the creative act achieved the quality of the spiritual, akin to a shamanic ritual. The result was an aesthetic of rhythm, a type of passage—two terms that Bergman herself often used to describe her process.

This sense of flux and mobility, what we might call their metamorphic dynamic, is always present in Bergman’s work. There is a movement between themes, via subtle formal games; an enthralling shift between the microscopic and macroscopic; and an erosion of the typical sense of scale, meant to rupture any anthropocentric reading of the images. From the 1950s, but even more so from the 1960s onwards, Anna-Eva Bergman explored an uncommon material to represent her vision: sheet metal in gold or silver, pure or oxidized, smooth or torn. This brought a new luminescence to her paintings, which became living organisms, mirrors absorbing the surrounding light, portals to the immaterial.

Bergman’s formal explorations with the aesthetic potentials of sheet metal nodded to countless cultures and eras, from the Byzantine tradition to the French miniaturists, Mesoamerican art, and the Viennese avant-gardes of Klimt and Schiele.

Bergman’s formal techniques and fluency with innovative materials was always in the service of something greater: a re-enchantment of the world, a renewal of the spiritual tenor of art. A painting, according to the artist, was more than an object to be admired; indeed, it must always make the viewer “feel the interior silence that one feels when one enters a cathedral.”

Anna-Eva Bergman will be the subject of two retrospectives in 2023, at the Museum of Modern Art in Paris and the National Museum of Oslo. A biography of the artist will be published by Gallimard in November 2022.