For his latest exhibition, Anish Kapoor presents a new series of paintings, an element of his practice that has rarely been seen, exploring the intimate and ritualistic nature of his work. Created over the past year, the show provides a poetic view of the artist’s recent preoccupations. 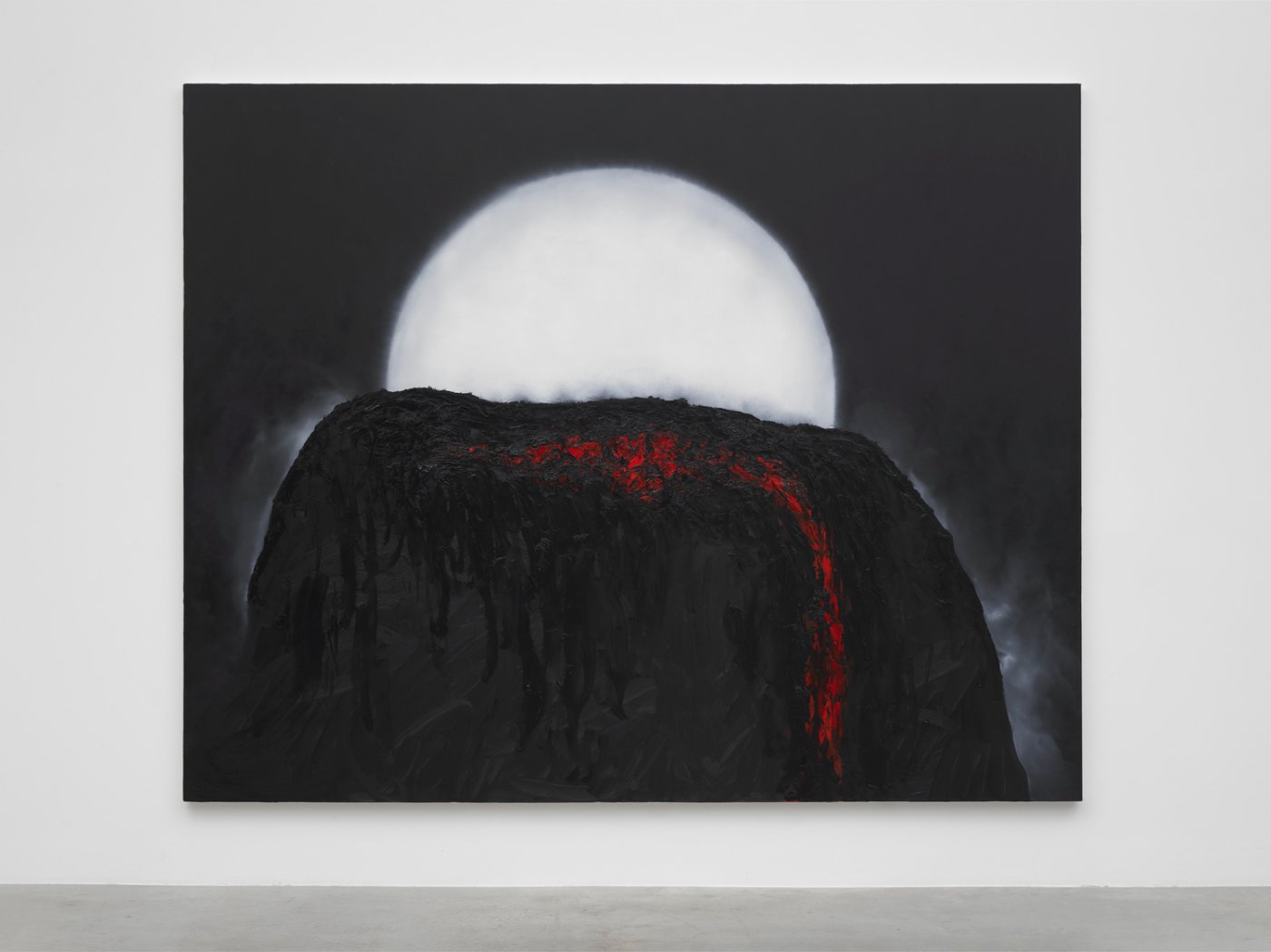 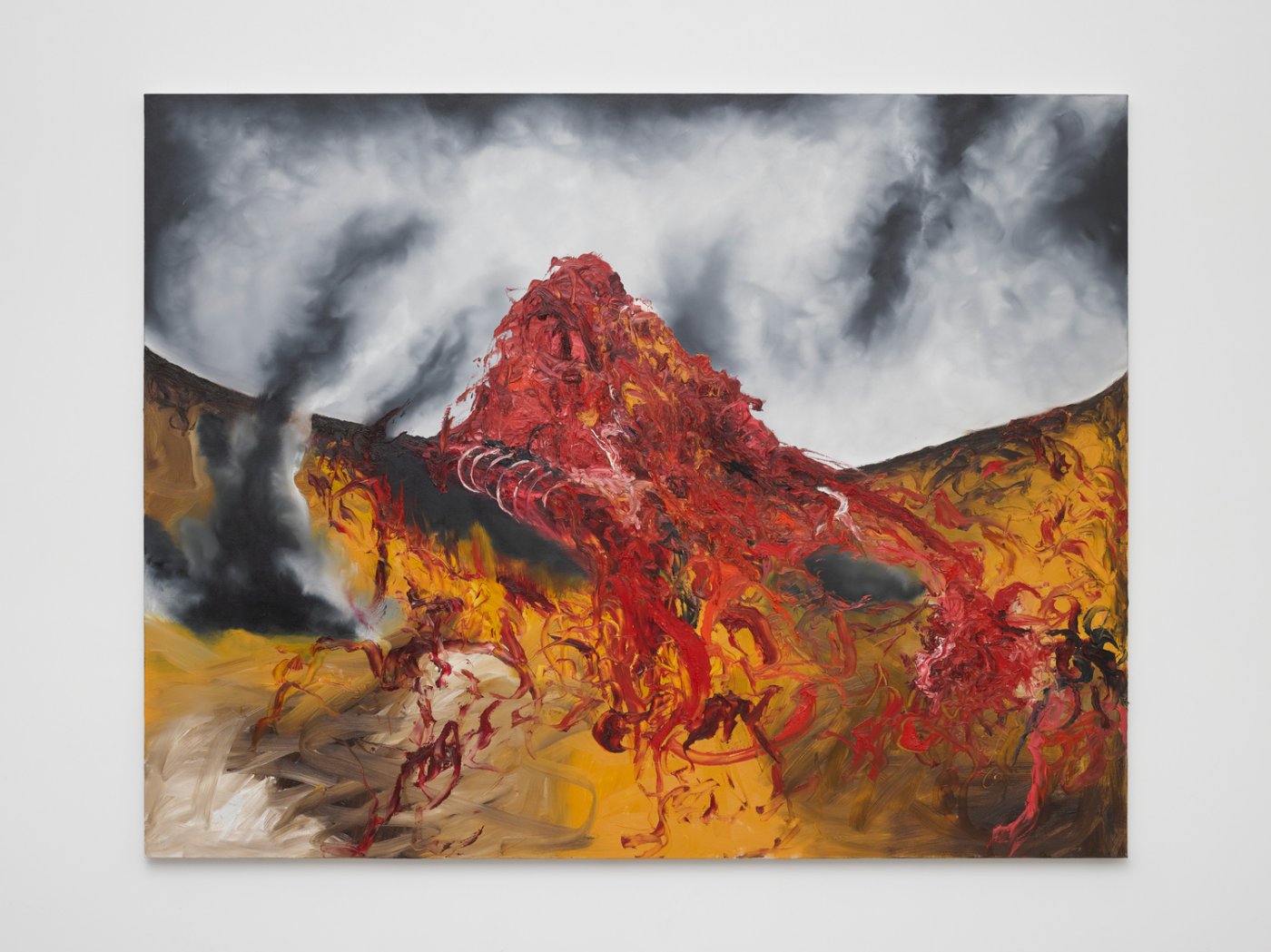 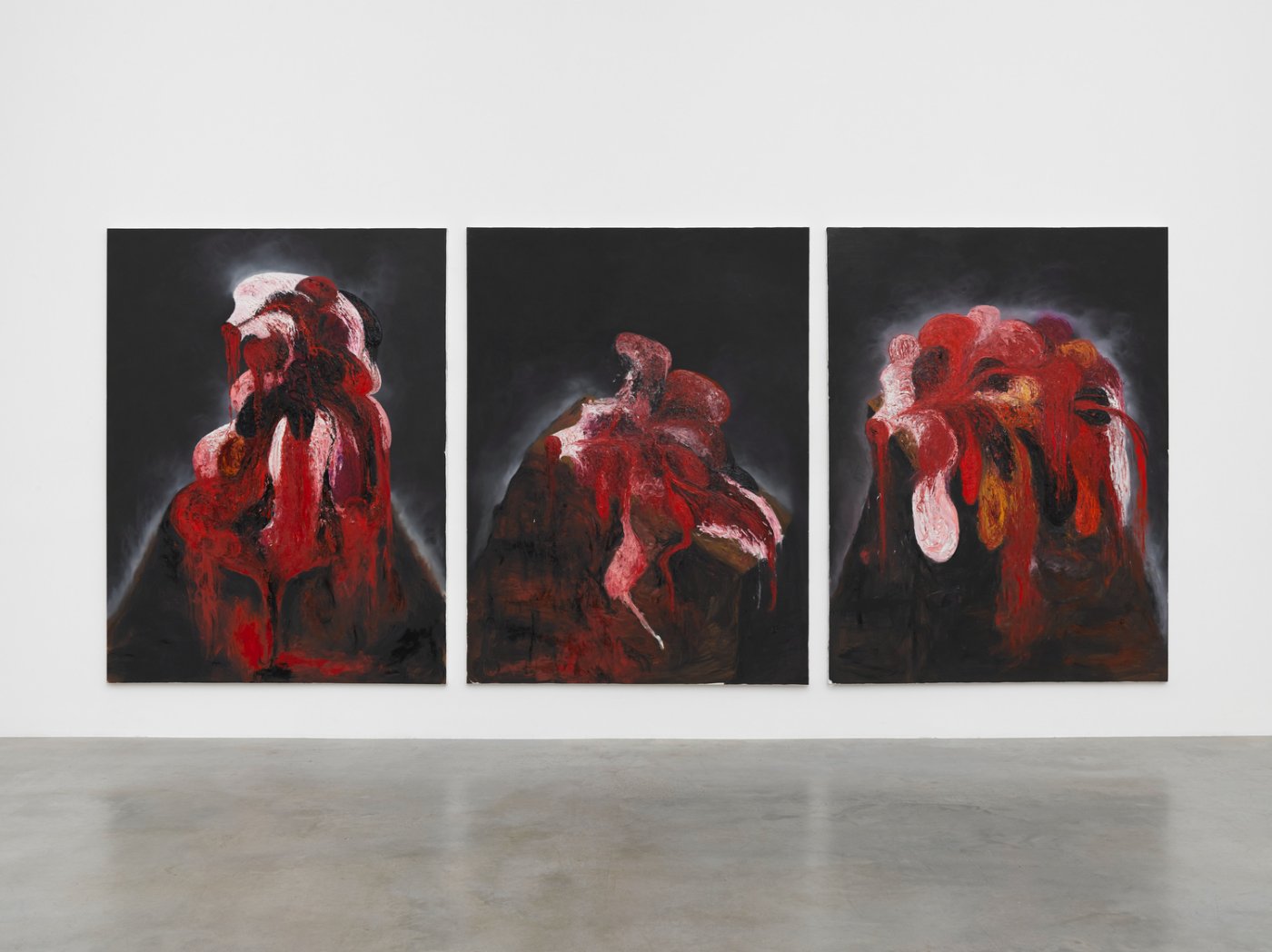 Anish Kapoor
Blackness From Her Wound, 2021 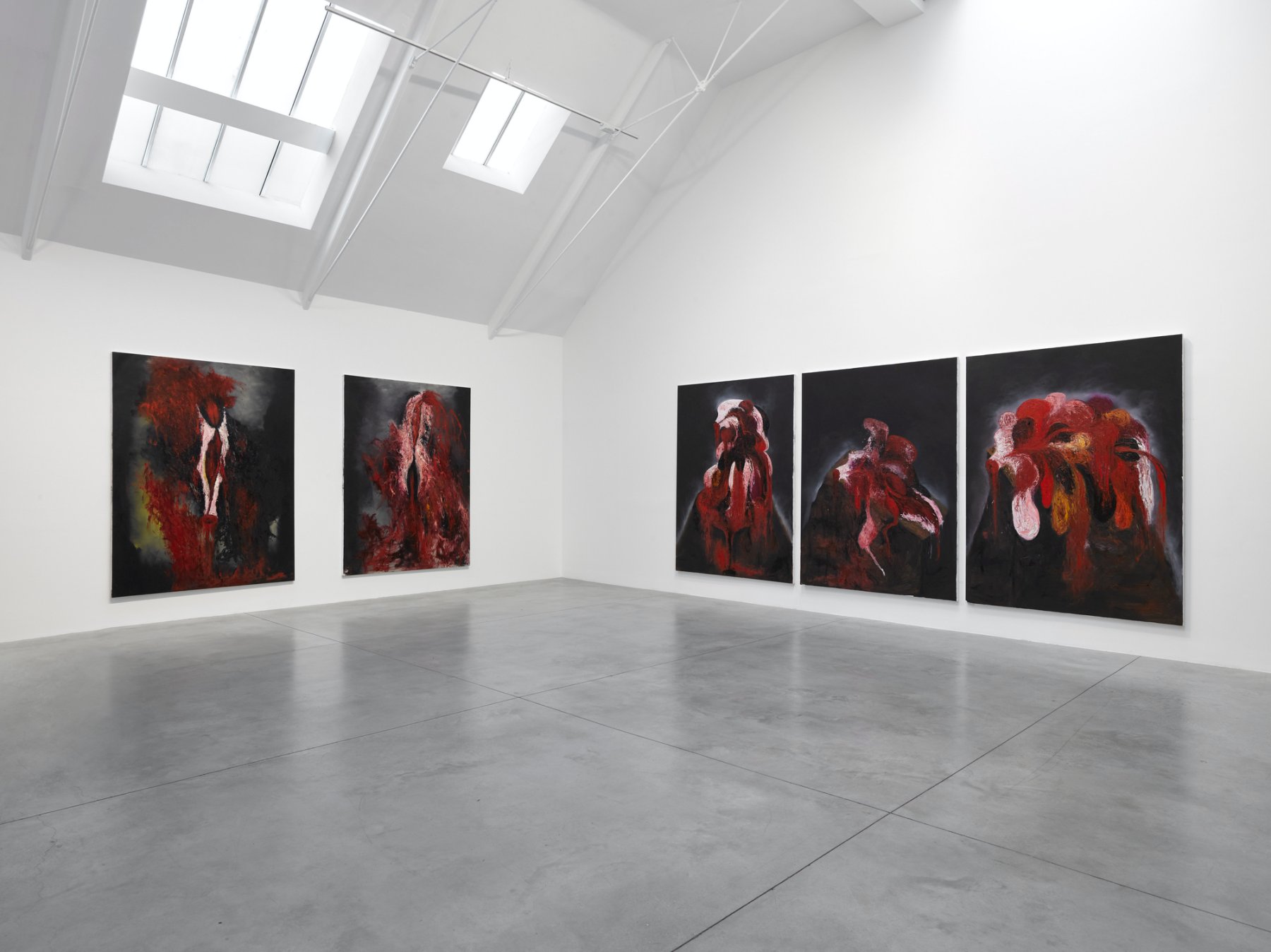 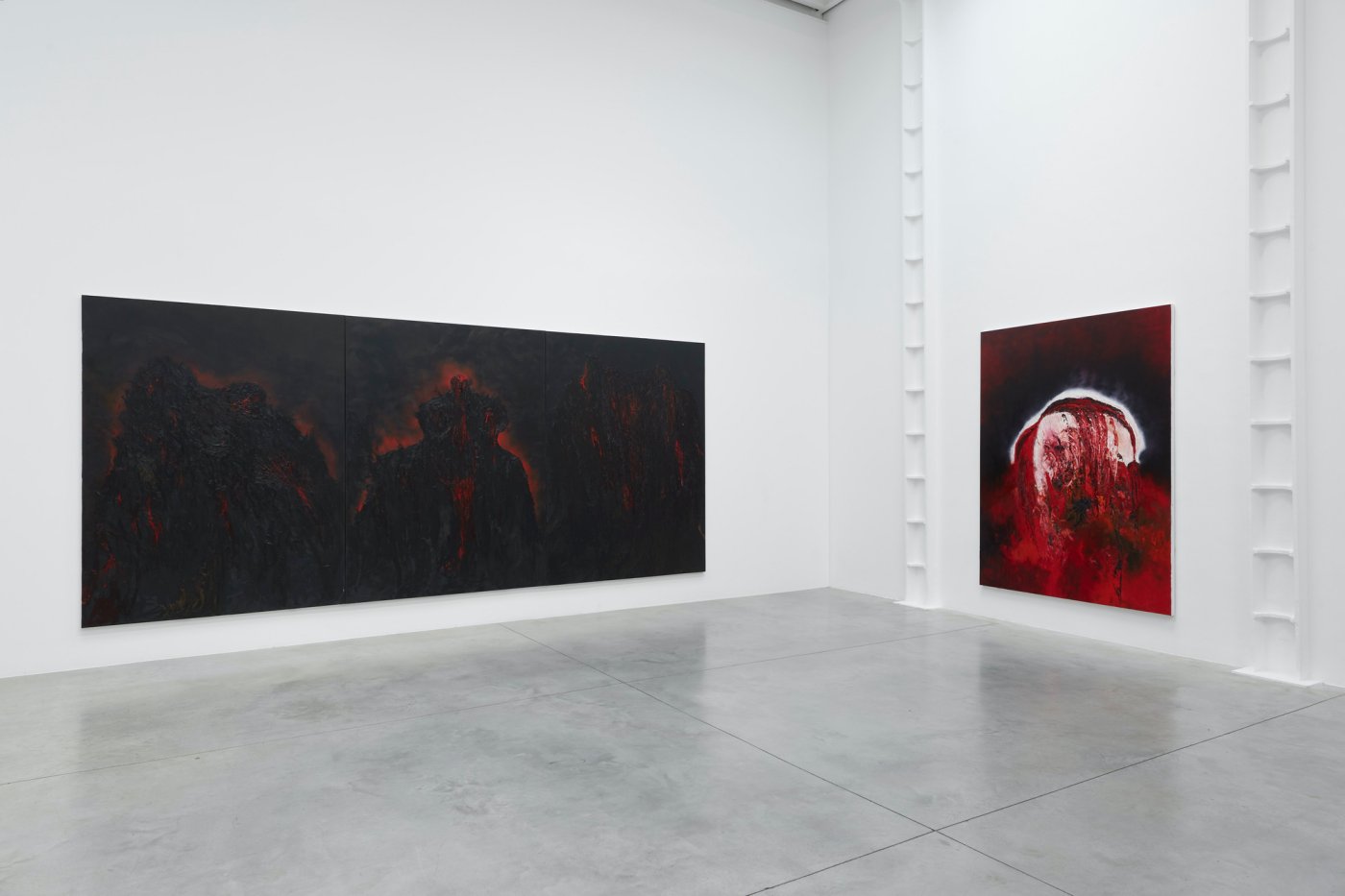 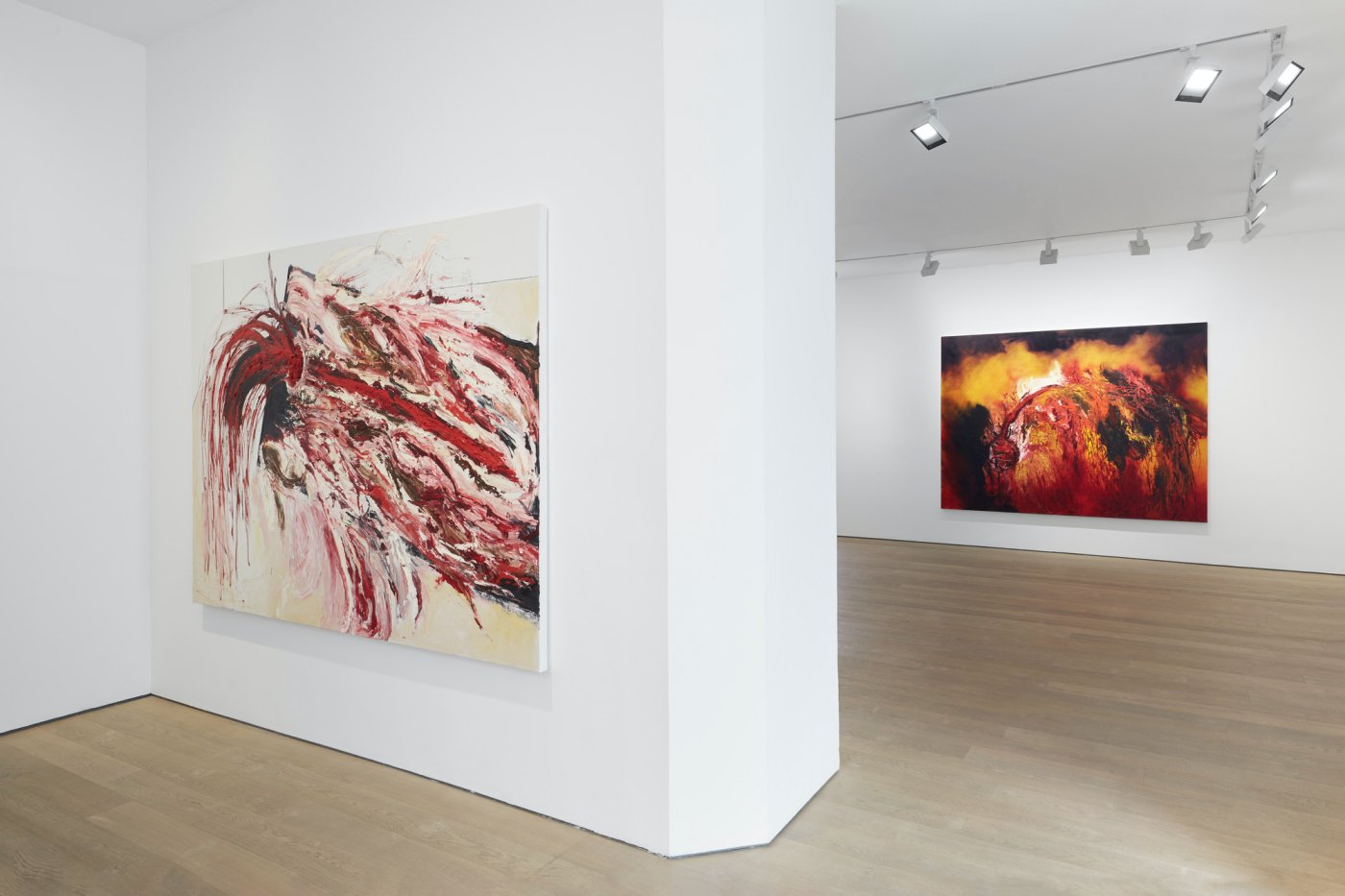 While painting has always been an integral part of Kapoor’s practice, this radical new body of work is both spiritual and ecstatic, showing Kapoor working in more vivid and urgent form than ever. Alongside this exhibition, a solo show dedicated to Kapoor’s paintings will run at Modern Art Oxford from 2 October 2021 – 13 February 2022, and both shows precede Kapoor’s major retrospective at Gallerie dell’Accademia di Venezia, opening April 2022 to coincide with the Venice Biennale.

Through painting, Kapoor delves into the deep inner world of our mind and body, from the physical exploration of the flesh and blood, to investigating psychological concepts as primal and nameless as origin and obliteration. Since the 1980s, Kapoor has been celebrated largely as a sculptor, yet painting, and its rawest composition, colour and form, have been a fundamental element of his practice. The presentation will feature a selection of new and recent paintings, created between 2019 and 2021, the majority in the artist’s London-based studio during the pandemic. Like the artist’s wider oeuvre, these paintings are rooted in a drive to grasp the unknown, to awaken consciousness and experiment with the phenomenology of space.

Kapoor’s work has been characterized by an intense encounter with colour and matter – manifest either through refined, reflective surfaces such as metal or mirrors, or through the tactile, sensual quality of the blankets of impasto. The magnetism of the colour red is evident in these new paintings, manifesting the elemental force that flows through us all, yet now accompanied by a new palette of telluric greys and yellows, as if witnessing a surge from the depths of the earth. Some works appear volcanic, with an intense, fiery energy, while others are more primitive and abstract, with layers of dense pigment and resin forming a sculpted solidity. Many of the paintings have a visceral outpouring where a canvas within a canvas rotates and evolves in space, seeming to defy gravity, with brushstrokes cascading over the edges like a waterfall. In others we see distorted, polymorphic figures emerging from a deep, radiant void, with a ghostly aura.

Kapoor achieves a coherence of mind and body, of interior and exterior in two of the series of works, illustrating a mythic landscape with a turbulent, ominous atmosphere that differentiates land from sky, body from space. These whirling landscapes evoke the extraordinary, eerie Romanticism of JMW Turner, a worship of nature marked through an expressive, dramatic scene. Similar in disposition are two works where we imagine the moon rising over the peak – a symbolic narrative of a new cycle, of origins and menstruation.

The wall-based paintings recall some of Kapoor’s most ambitious, distinguished works, including Svayambhu (2007), My Red Homeland (2003) and Symphony for a Beloved Sun (2013). In these floor-based works we see a more ritualistic, visceral language, where Kapoor unashamedly delves into depicting the very blood and flesh from which we are all born. Artists from Leonardo di Vinci to Francis Bacon have been fascinated with the innards of the body, be it our anatomy or the surrealist beauty in violence. The work also stands in a powerful tradition of artists exploring the human body’s expression of divine matters, yet through the unique vision of Kapoor’s Eastern and Western influences, and ­­­– considering the year in which they were created ­­– taking on new meaning highlighting the fragility of the body and self.

Anish Kapoor is one of the most influential sculptors of his generation. Perhaps most famous for public sculptures that are both adventures in form and feats of engineering, Kapoor manoeuvres between vastly different scales, across numerous series of work. Immense PVC skins, stretched or deflated; concave or convex mirrors whose reflections attract and swallow the viewer; recesses carved in stone and pigmented so as to disappear: these voids and protrusions summon up deep-felt metaphysical polarities of presence and absence, concealment and revelation. Forms turn themselves inside out, womb-like, and materials are not painted but impregnated with colour, as if to negate the idea of an outer surface, inviting the viewer to the inner reaches of the imagination. Kapoor’s geometric forms from the early 1980s, for example, rise up from the floor and appear to be made of pure pigment, while the viscous, blood-red wax sculptures from the last ten years – kinetic and self-generating – ravage their own surfaces and explode the quiet of the gallery environment. There are resonances with mythologies of the ancient world – Indian, Egyptian, Greek and Roman – and with modern times.