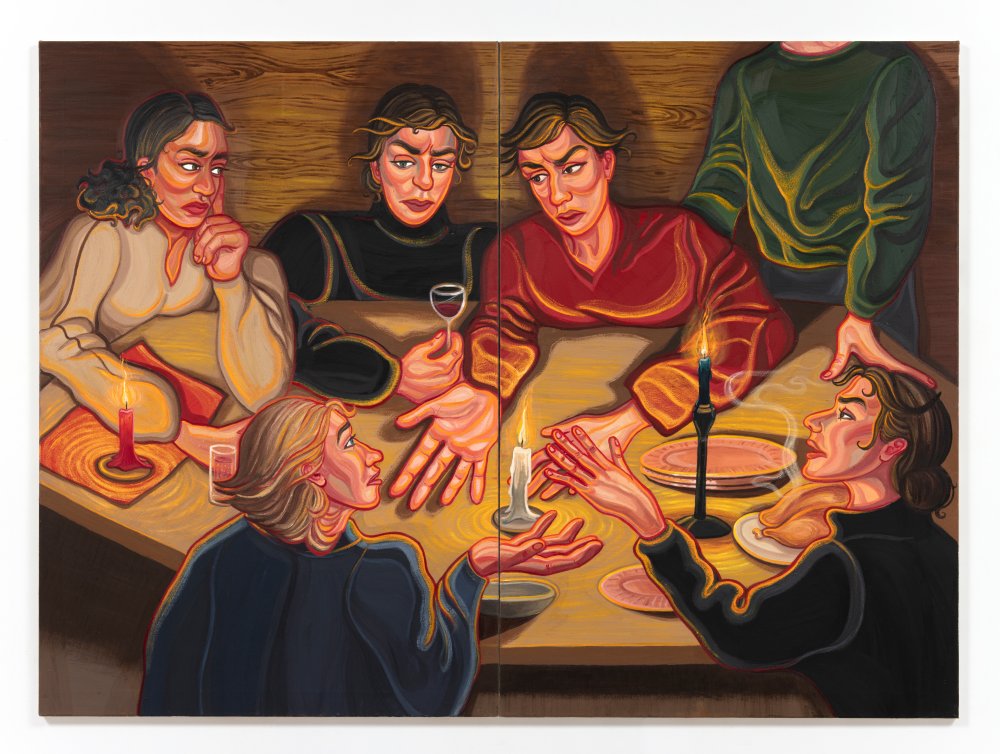 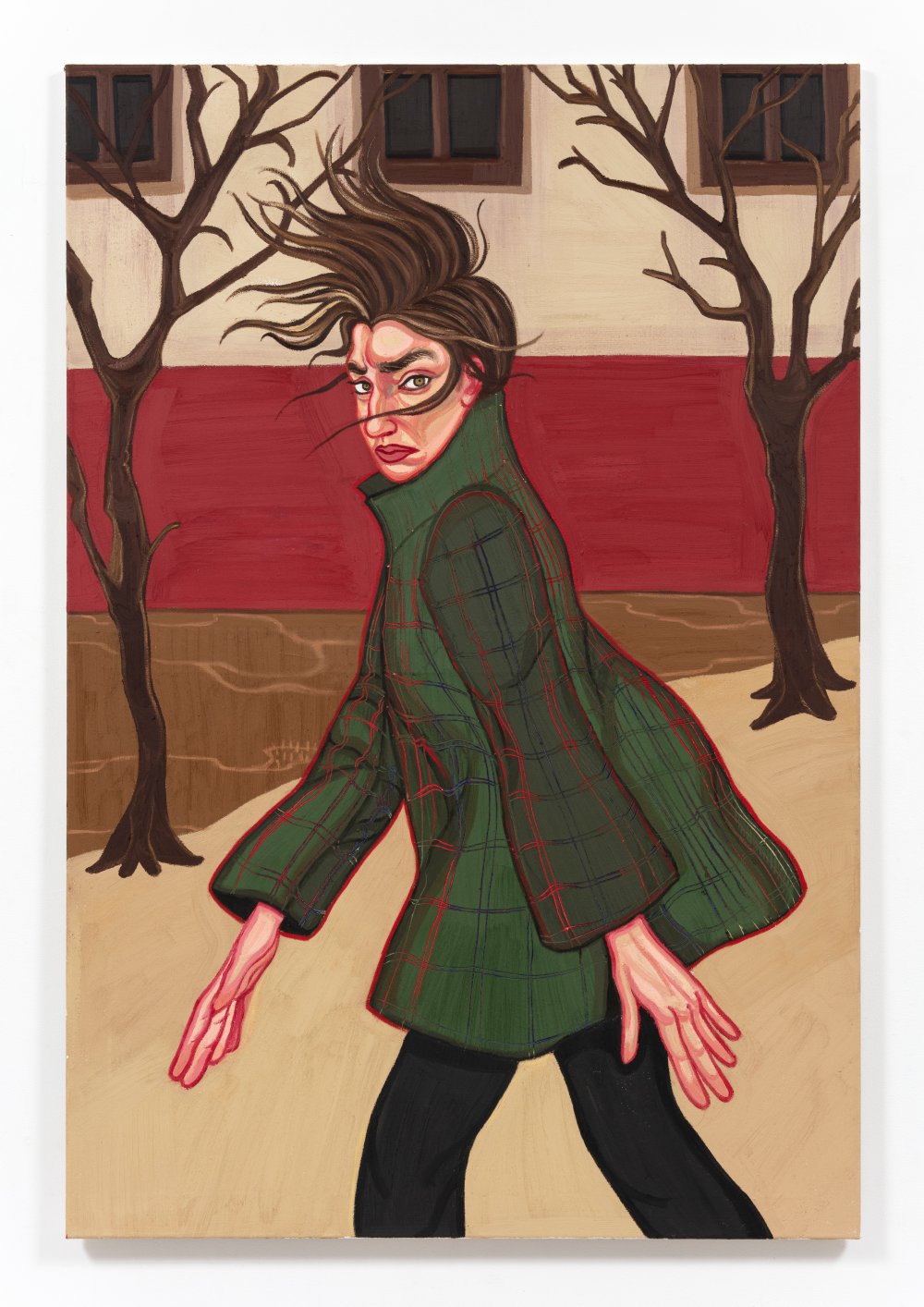 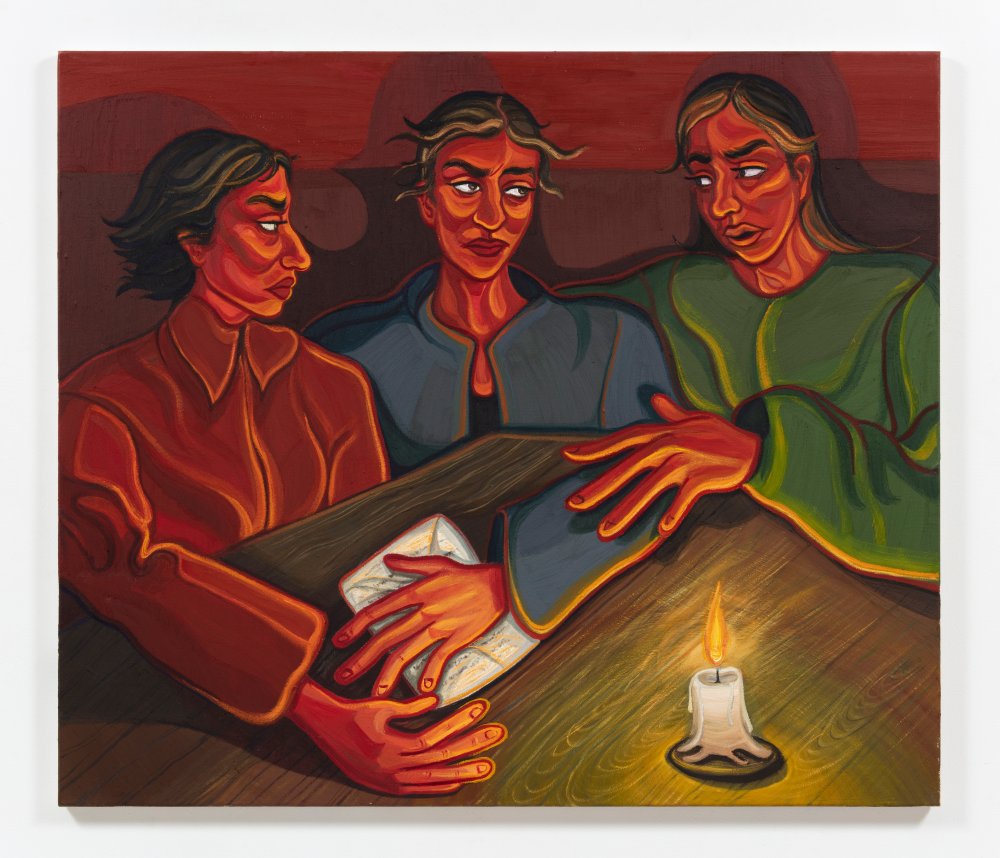 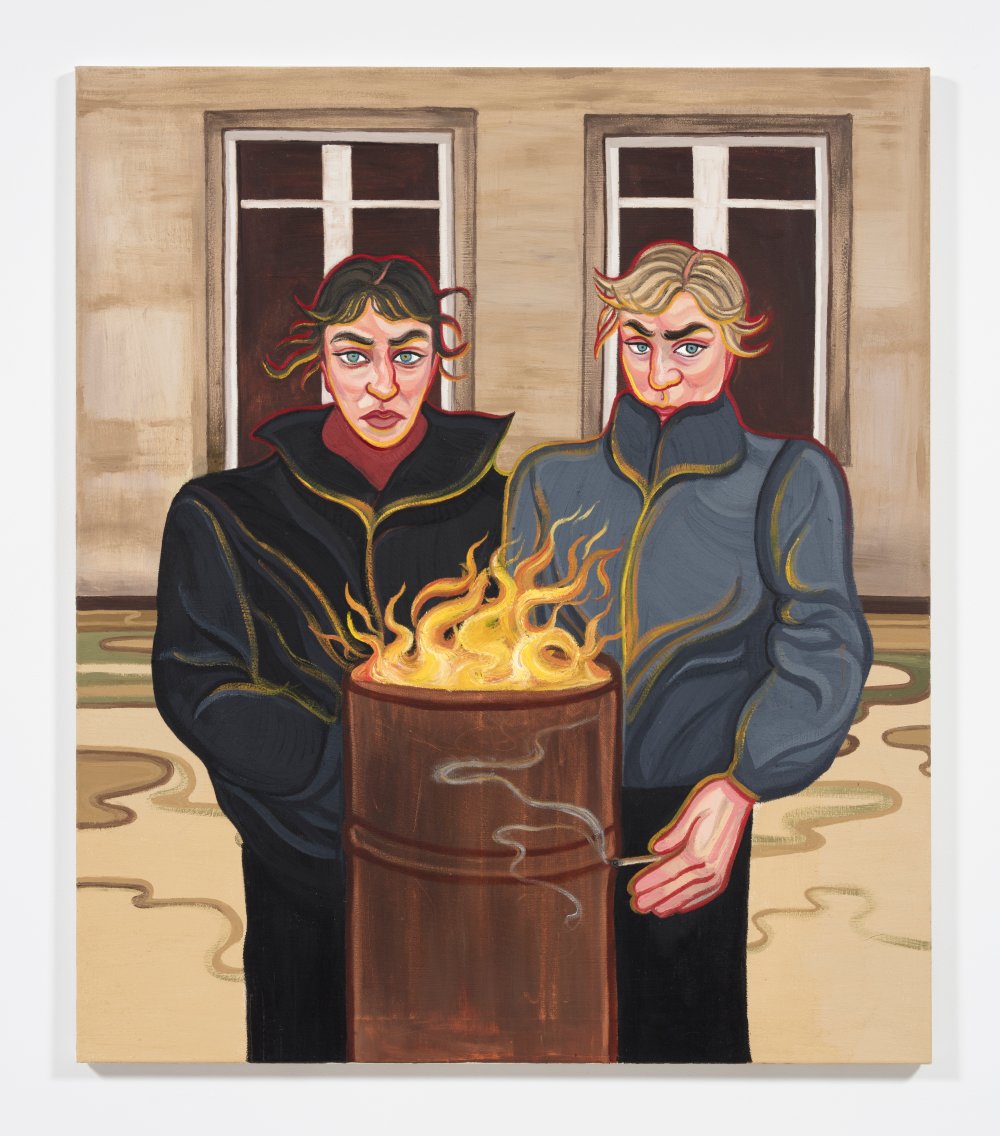 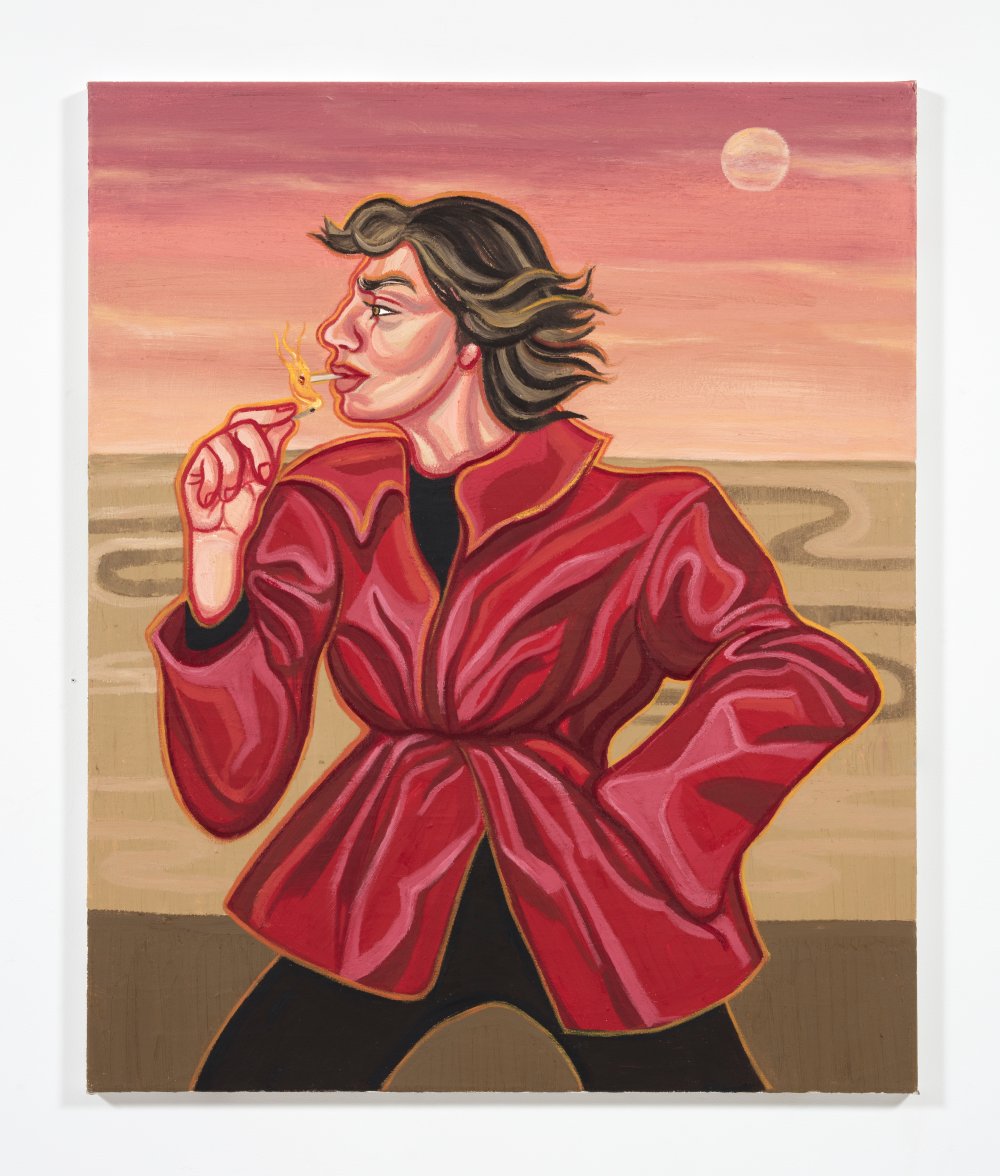 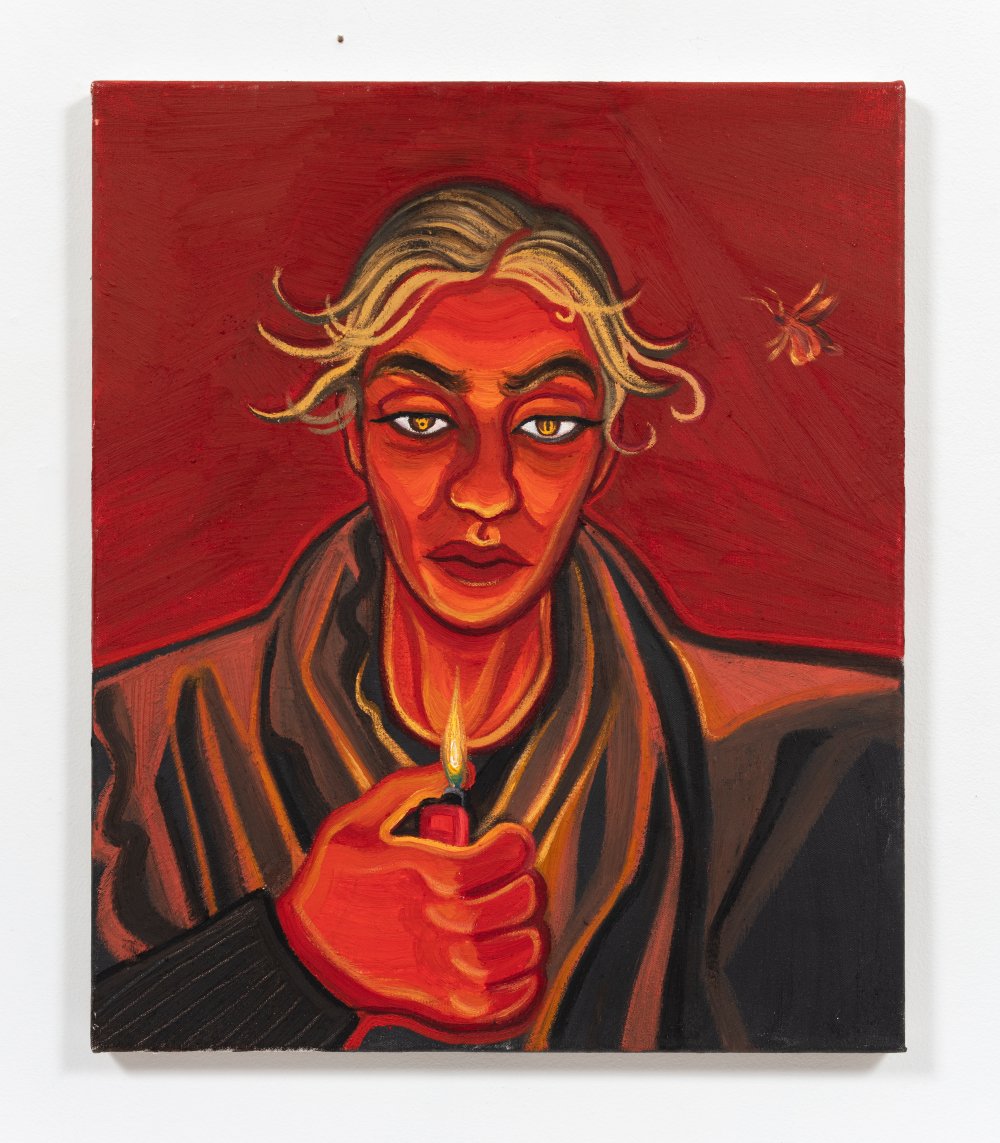 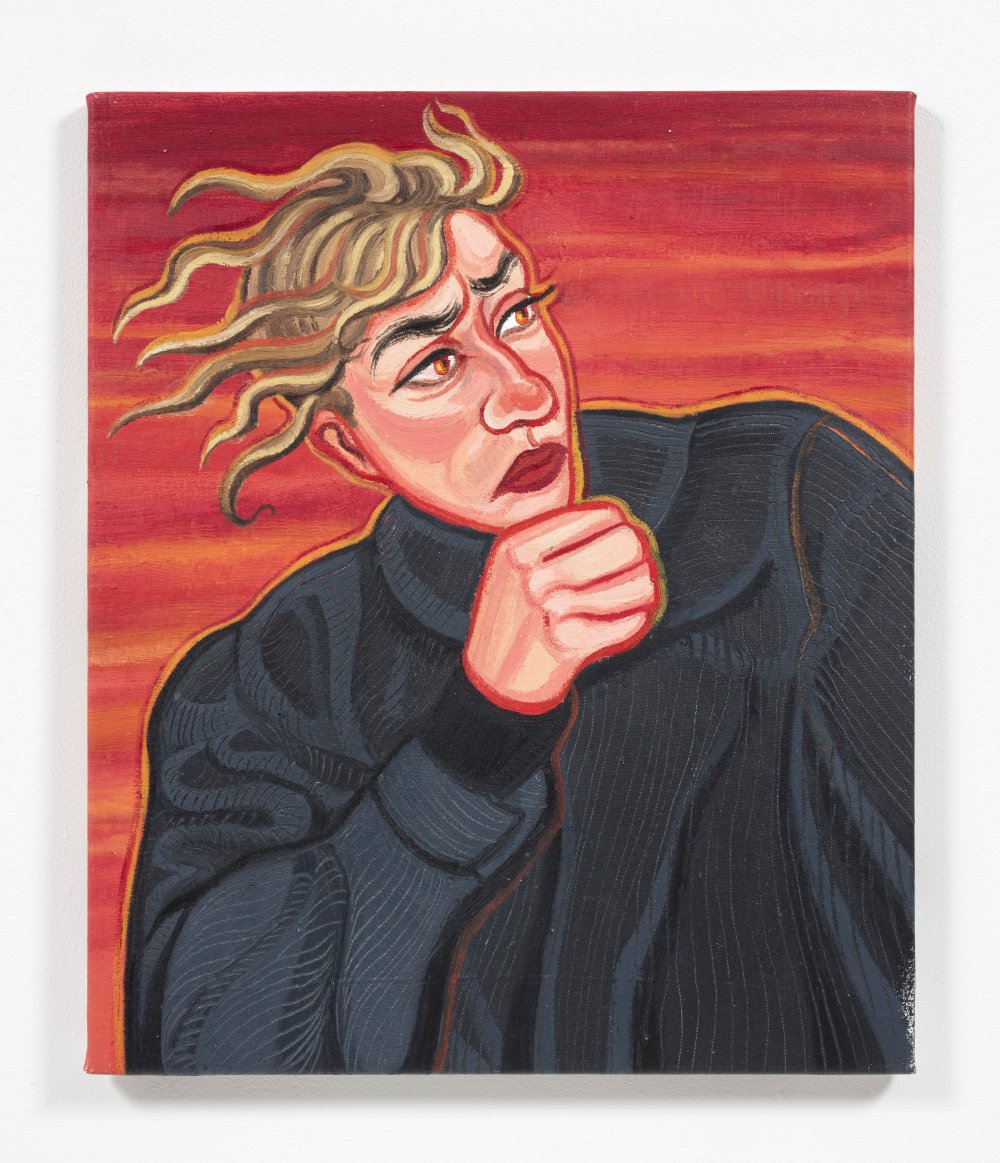 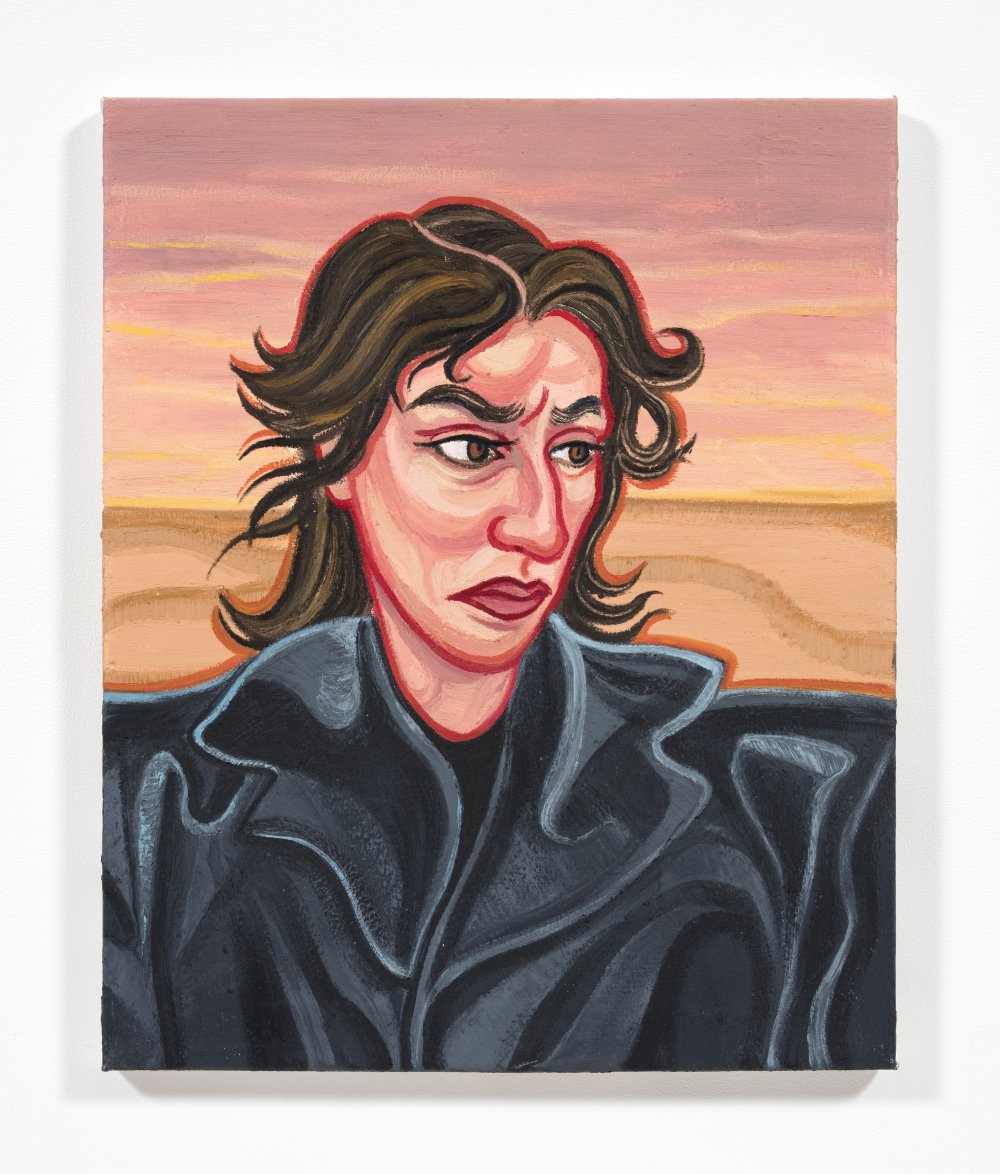 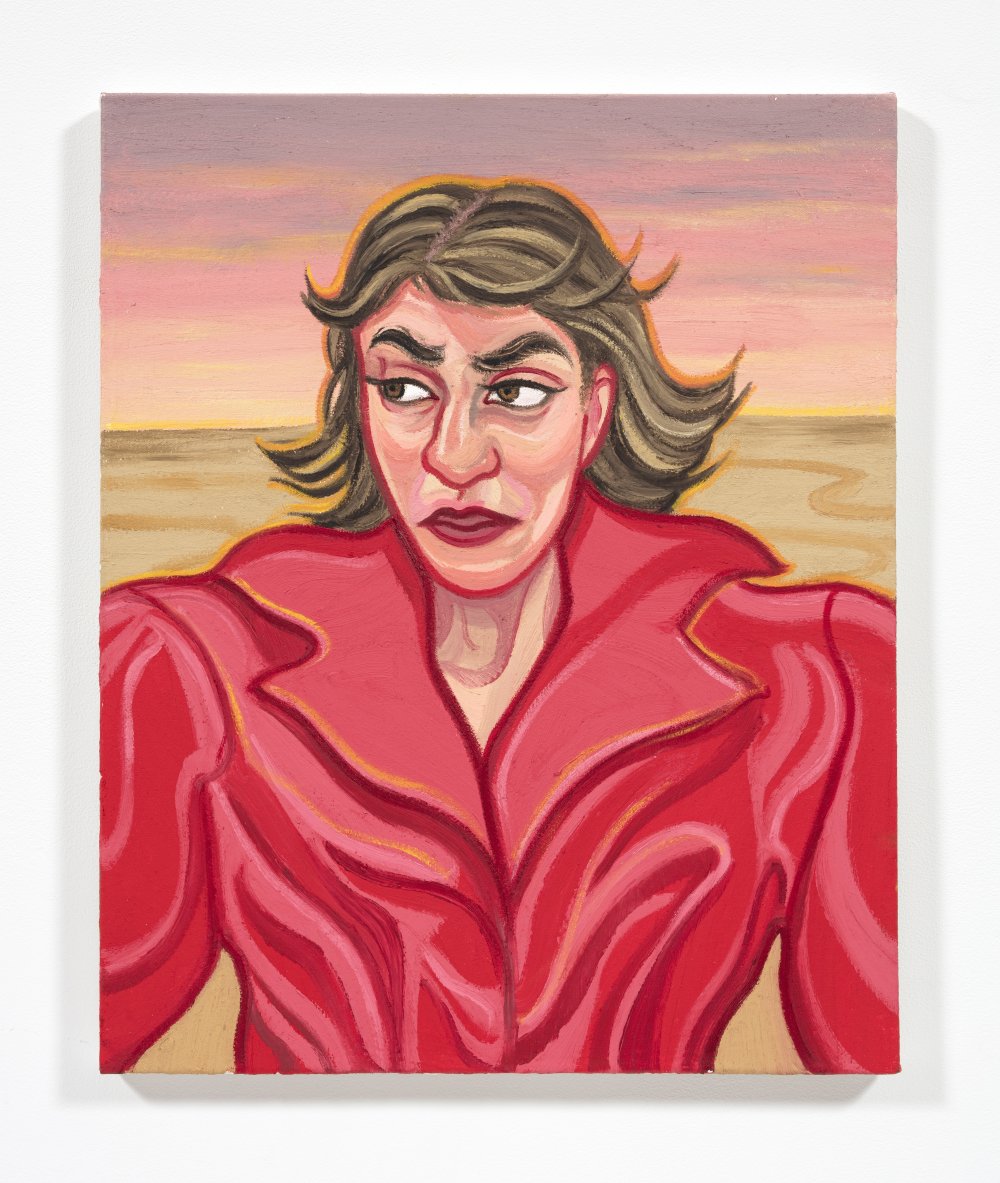 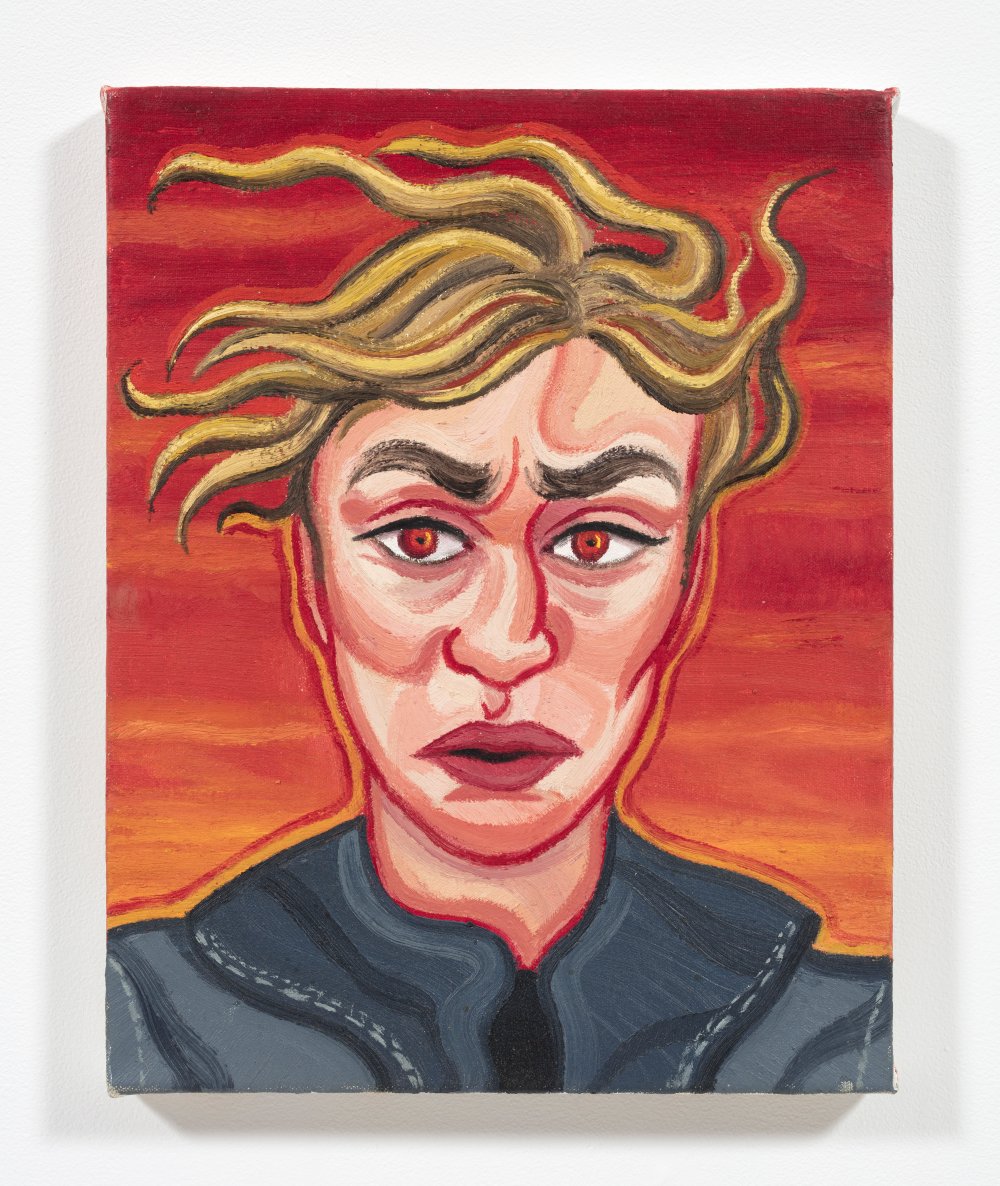 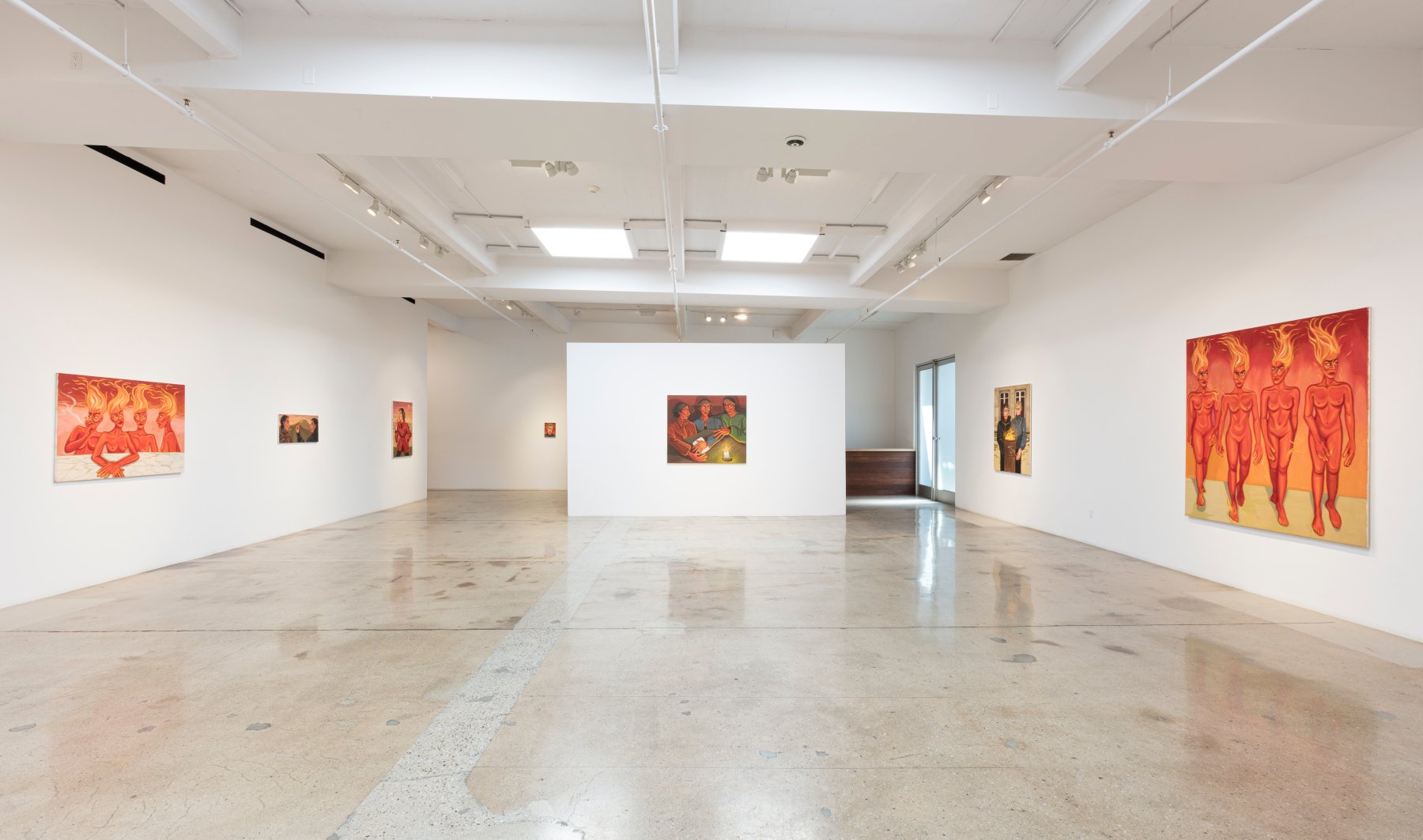 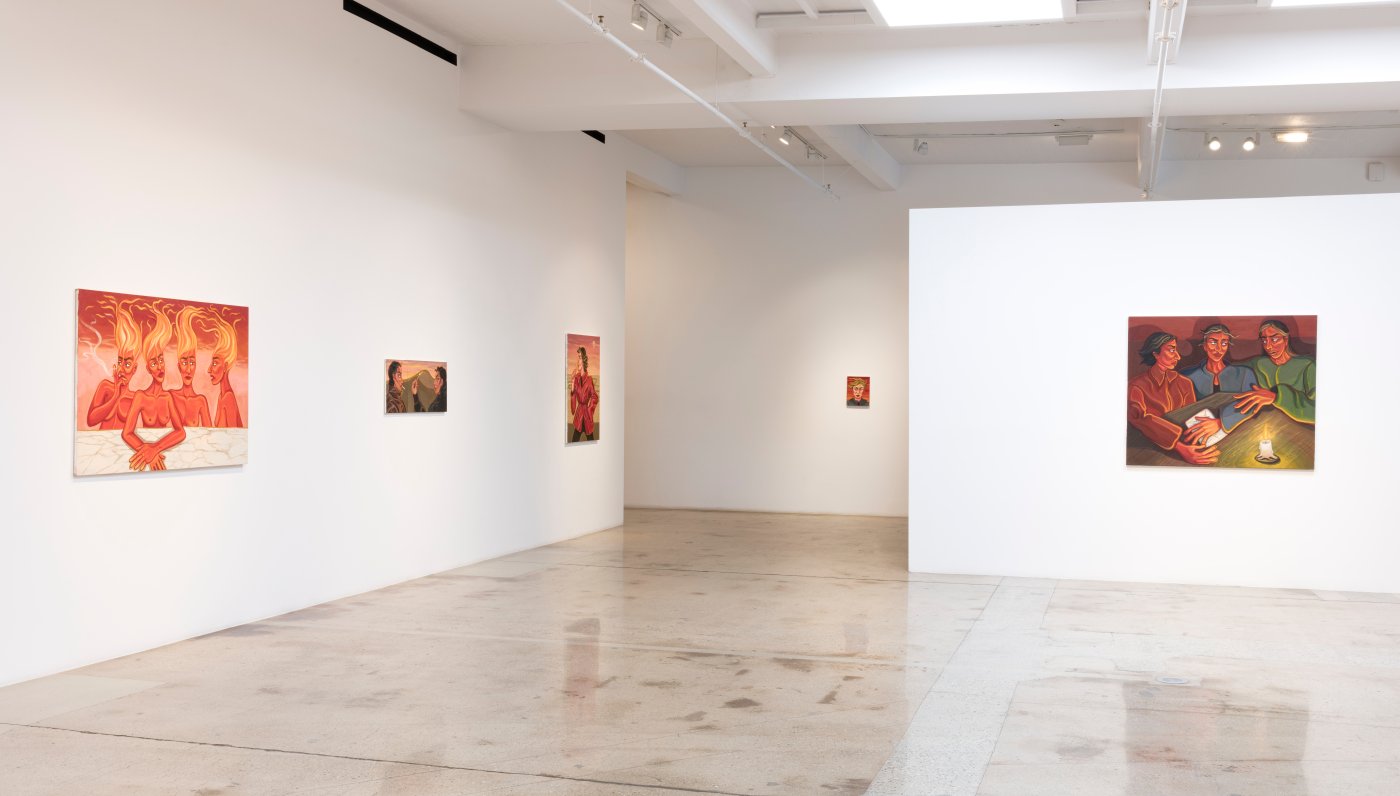 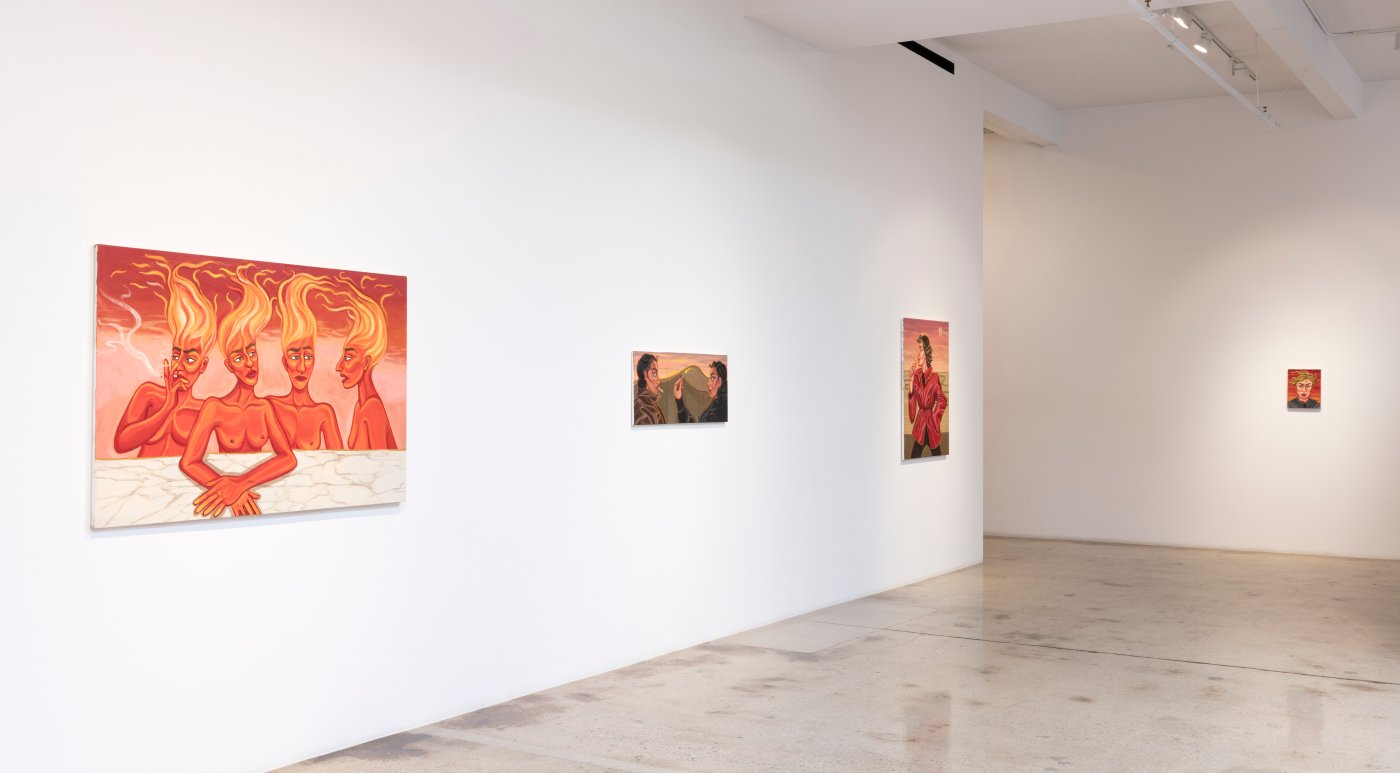 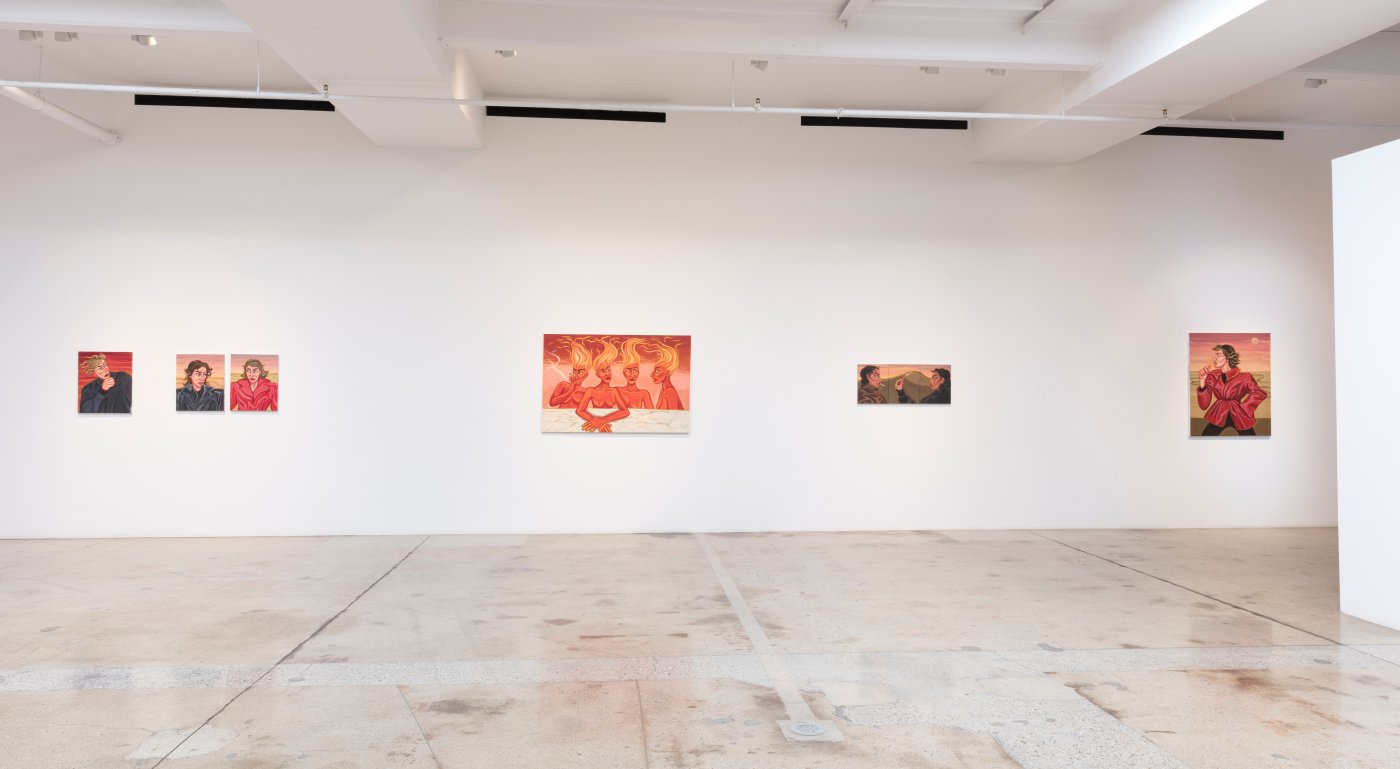 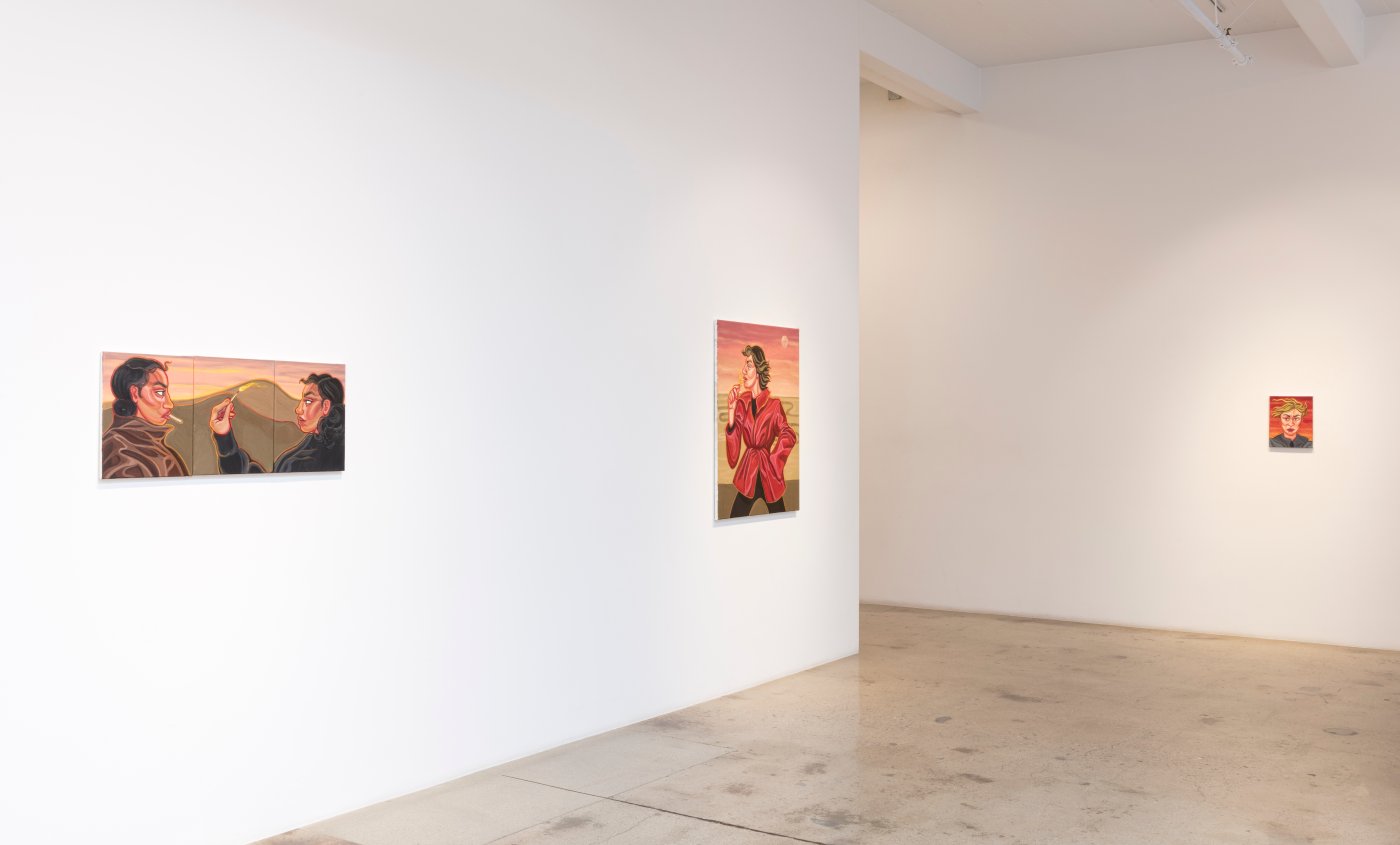 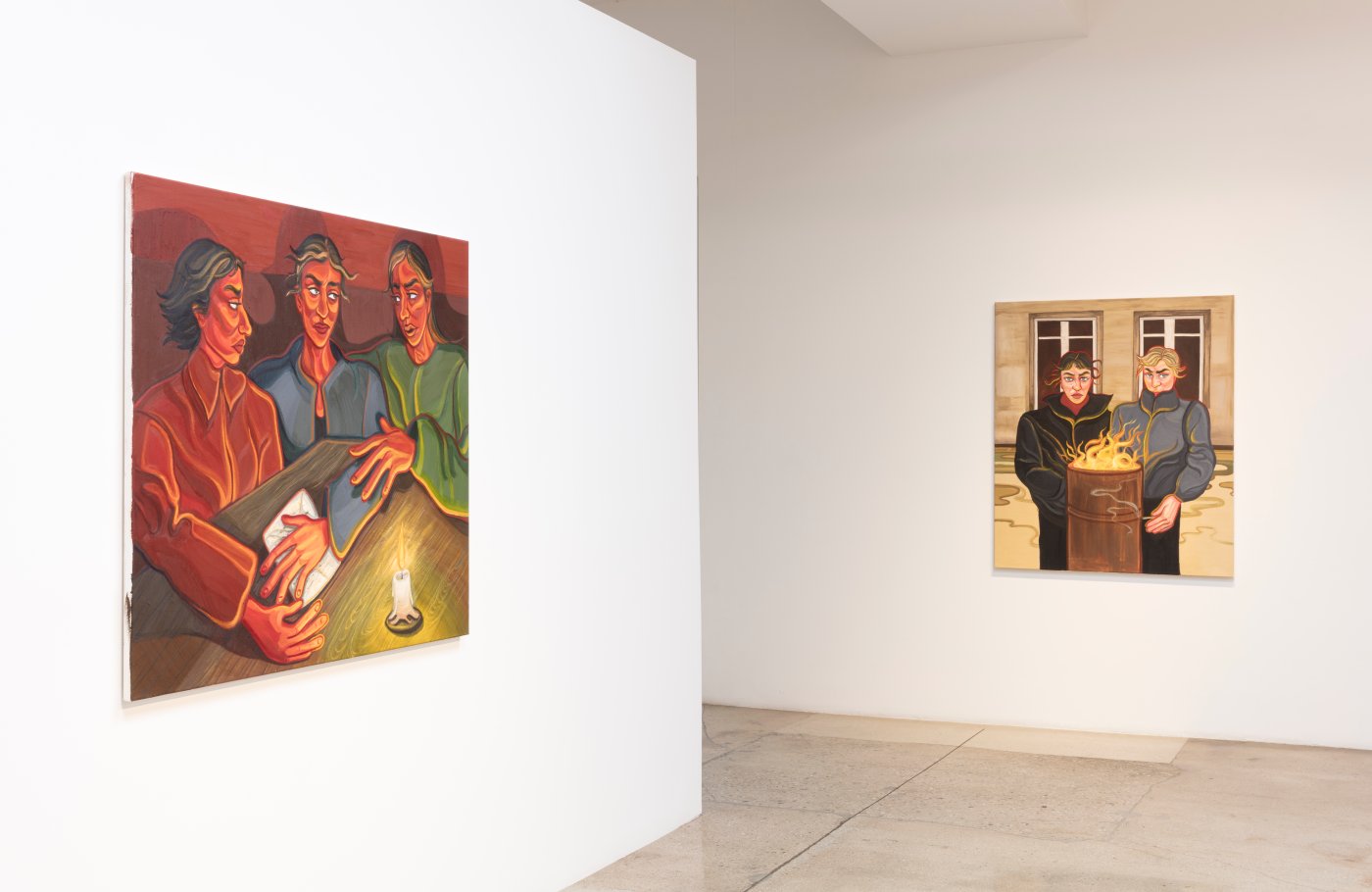 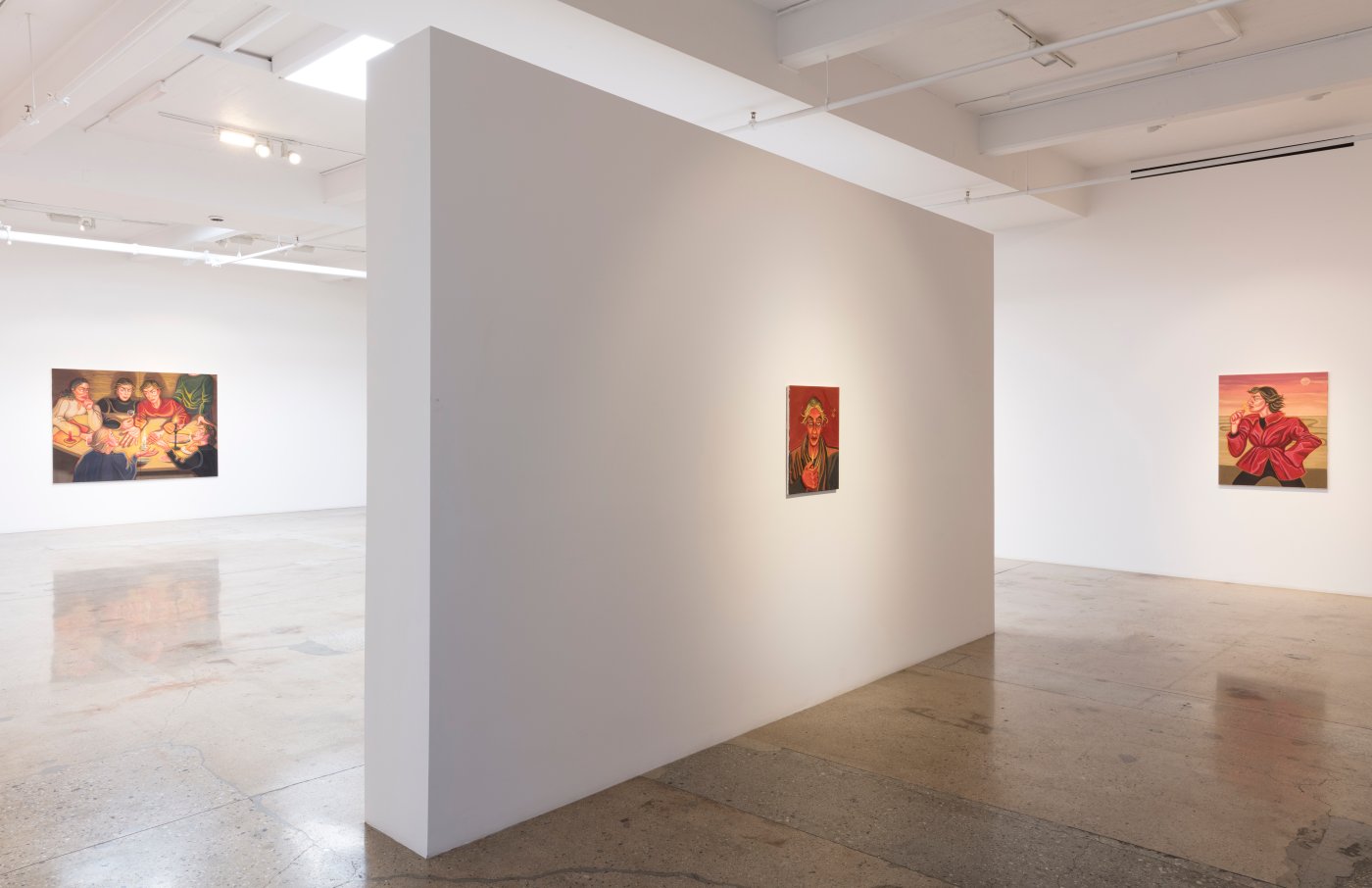 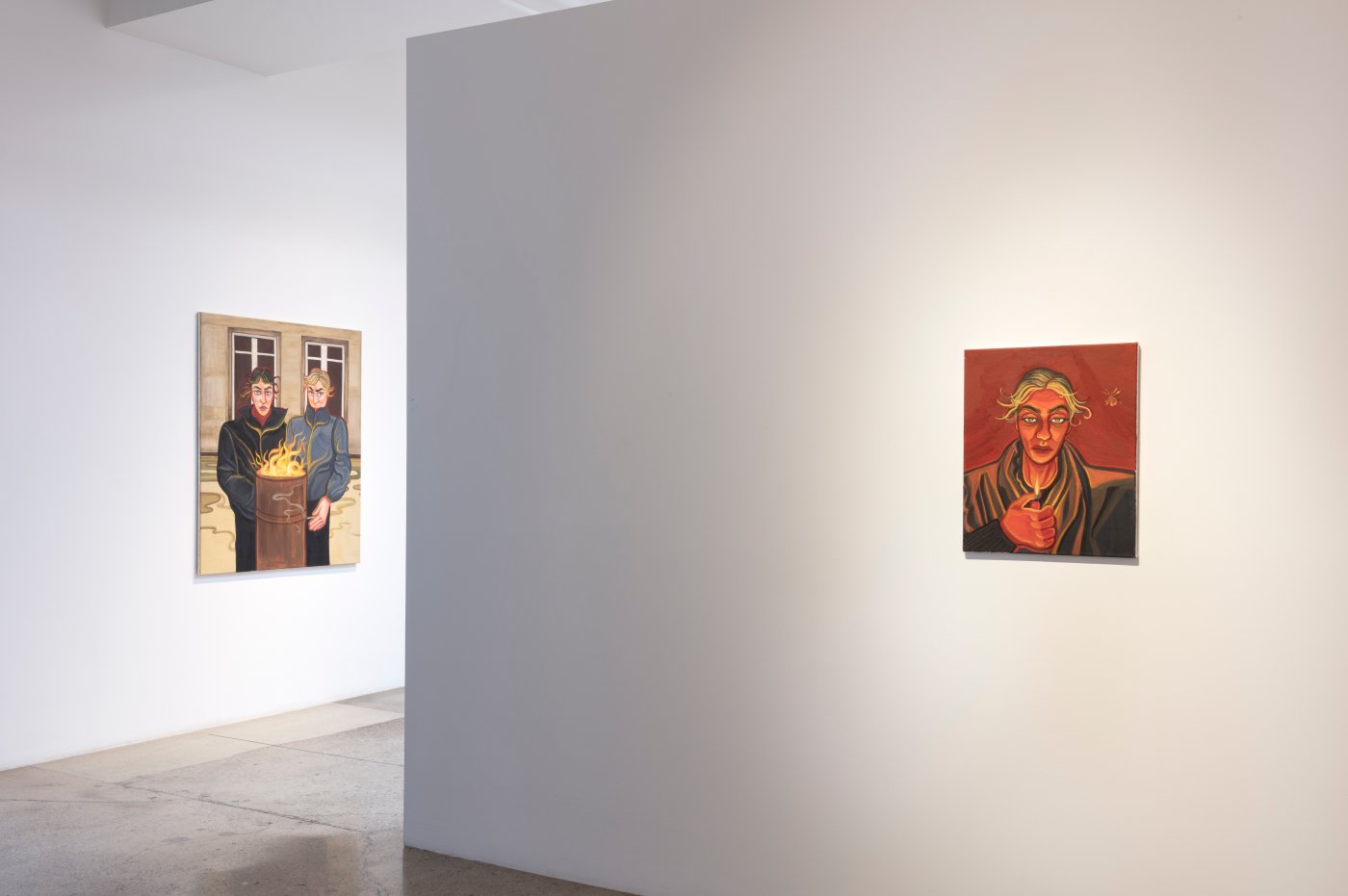 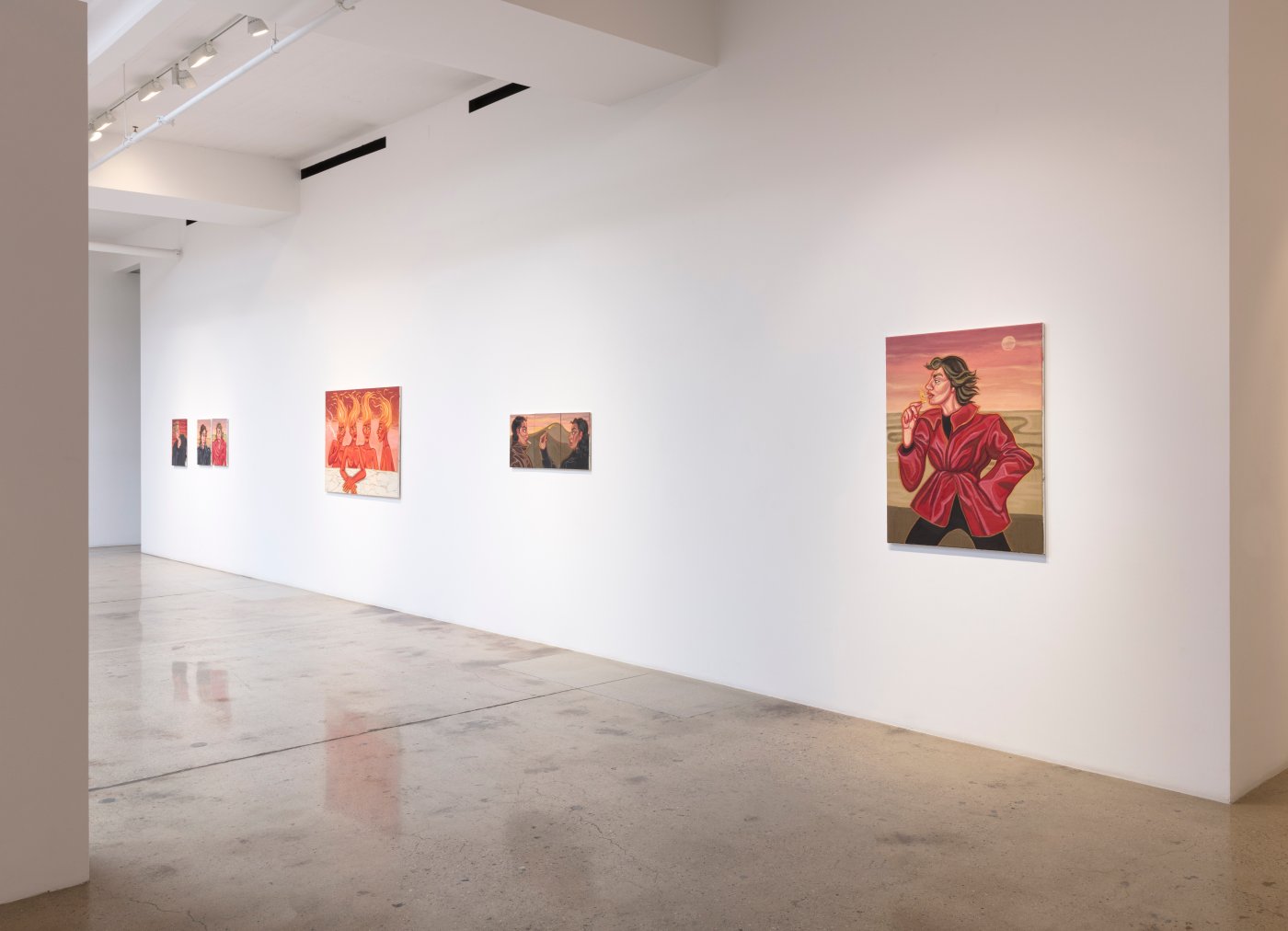 Hobson uses fire to symbolize this charged feeling, and it appears in most of the paintings, whether in a metal trash barrel, a candle, a cigarette or a lighter—and in the most extreme case, upon the artist’s nude body. Most of the paintings include fiery words (fire, burn, heat, smoke and hot), and in the one that does not, “Call Me Emotional,” Hobson reveals the most. Symbols and titles aside, Hobson’s brushwork—fast, decisive, and occasionally wild—also suggests heightened passion. Her use of red is likewise dramatic, but regardless of Hobson’s intensifications, her paintings remain believable. Emotional authenticity rather than factual accuracy is what Hobson values most.

Hobson (born 1990, Suffolk, United Kingdom) earned a BA at Ipswich University, Suffolk (2011) and later studied at the Royal Drawing School, London (2013) and Florence Academy of Art (2014). In 2018, she won the Young Artist BP Portrait Prize, National Portrait Gallery, London. She had a solo exhibition at Setareh Gallery, Dusseldorf (2021) and has participated in numerous group exhibitions. Playing With Fire is Hobson’s solo exhibition at Steve Turner, Los Angeles and her first in the United States.