Galerie Gmurzynska presents “La Tentation d’Exister. There is always Champagne in the Fridge,” Anh Duong’s first solo show in Switzerland and her inaugural show with the gallery. 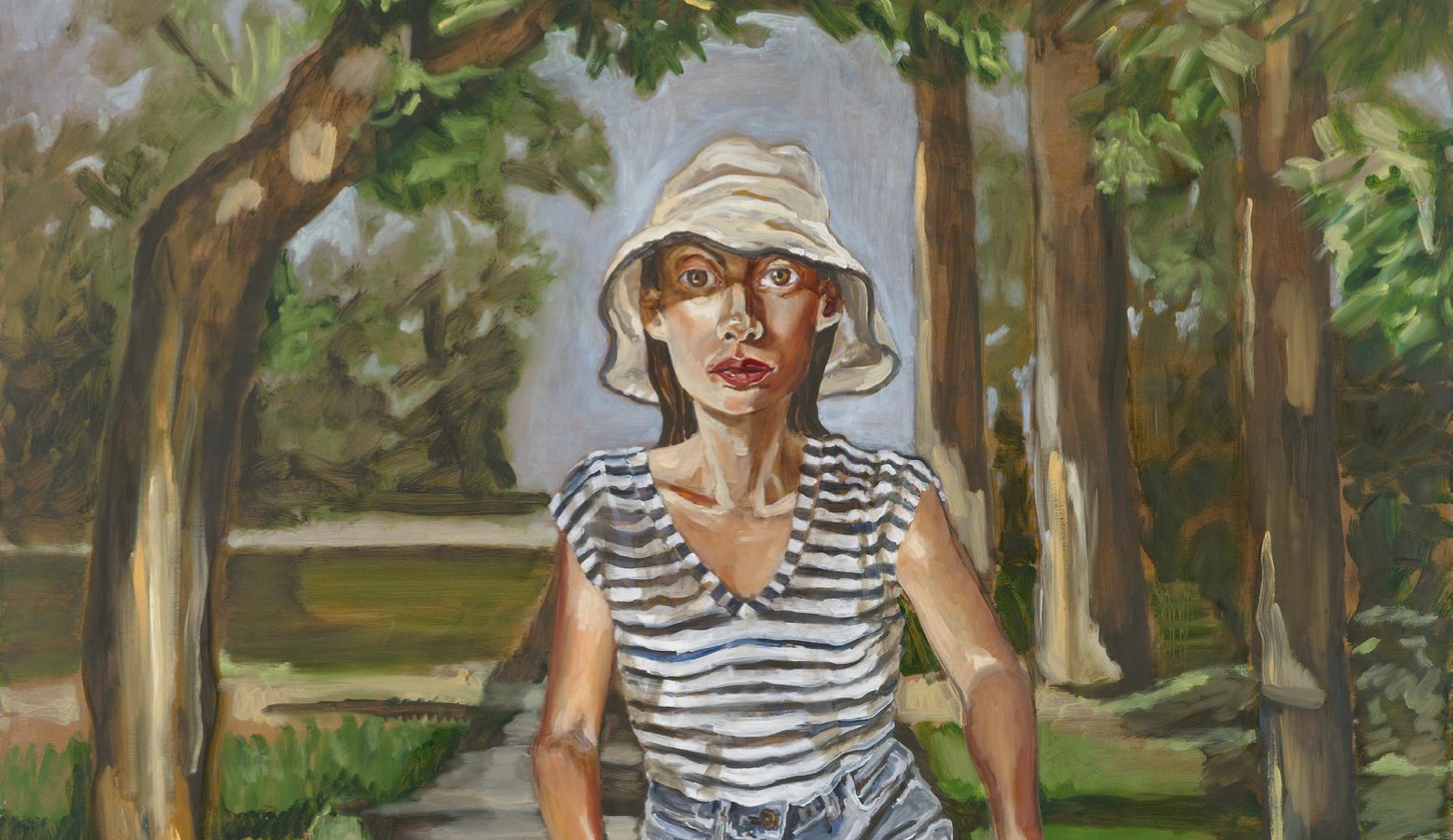 “When I paint myself, I use a true mirror. So it’s a reflection of the reflection, so it’s actually the real me”
ANH DUONG

Featuring more than 20 oil paintings dating from 1989 to today, the exhibition will explore the questions of self and identity in the 21st century.

Captivating and voyeuristic, Duong’s portraits and self-portraits are both revealing and mysterious as if watching something about to unfold. The viewer enters private moments in intimate spaces, the paintings capture a specific mood or time in the life of the artist and yet we are left to ponder/wonder what that moment or chapter may have been. The exaggerated eyes transfix our gaze, and we feel captured, pierced, exposed, as nude as the oils we are observing. However many doors these paintings open, they throw up an even greater amount of closed ones, making them all the more alluring and intriguing.

The still-lives, which Duong also identifies as self-portraits, speak to a relationship with the self. They show typical objects from a woman’s boudoir, such as shoes, perfumes, and make-up, perhaps representing a modern woman’s armor as well as hinting at a consumerist underpinning. Like the portraits, these objects speak of a woman’s relationship with her self-image. How essential is this armor, portrayed in such a seductive manner? Whatever they may say about women or identity in the 21st century, Duong’s enigmatic paintings never fail to seduce and capture the viewer.

About Anh Duong
Anh Duong was born in Bordeaux, France to a Vietnamese father and Spanish mother. She studied architecture at the École des beaux-arts in Paris and danced with the Franchetti Academy of Classical Dance. In 1988 she moved to New York City where she began painting. Duong’s unique perspective is influenced by her varied aesthetic career and creative interests, as a successful model, actress and muse, inspiring artists such as Julian Schnabel, working with major designers such as Donna Karan and John Galliano, and posing for esteemed photographers. Discovered by David Seidner, who photographed her for the iconic YSL campaign for Vogue in 1986, Duong later posed with Peter Lindbergh, Mario Testino, and Patrick Demarchelier to name a few and appeared in publications such as Elle and Architectural Digest.

Forgetting the subject to focus on the technical painting itself, the artist focuses on the portrait, and mostly the self-portrait that she paints on a daily basis likening it to a visual diary. Anh Duong has however also worked on portraits of prominent art collectors and personalities, such as Princess Maria Theresia Alexandra of Thurn and Taxis, Simon de Pury, Aby Rosen, Susan Sarandon, Domenico Dolce, Natalia Vodianova, and Angelica Huston among others. One of her important portrait commissions was by Barry Diller for his yacht’s figurehead – a sculpture standing almost three meters in stainless steel of Diane von Furstenberg. The National Portrait gallery in Washington DC acquired another portrait she painted of Diane von Furstenberg for their permanent collection. Most recently, she has been commissioned to sculpt 50 stars for the entrance wall of the new museum of the Statue of Liberty.