Angel Otero. Swimming Where Time Was

Angel Otero. Swimming Where Time Was


Angel Otero presents his first major solo exhibition with Hauser & Wirth, ‘Swimming Where Time Was.’ Filling the 5th floor of the gallery’s 22nd street location, this new body of work marks a turning point in the artist’s career, revealing a new sensibility that has emerged over the last few years. These vibrant large-scale canvases merge the figurative and abstract sides of Otero’s innovative technical practice, advancing the artist’s exploration of oil paint as a medium and a conduit for self-reflection and analysis. Using his personal history to make sense of the current moment, these new works intensify the artist’s uncanny ability to convey memory and history through materiality. 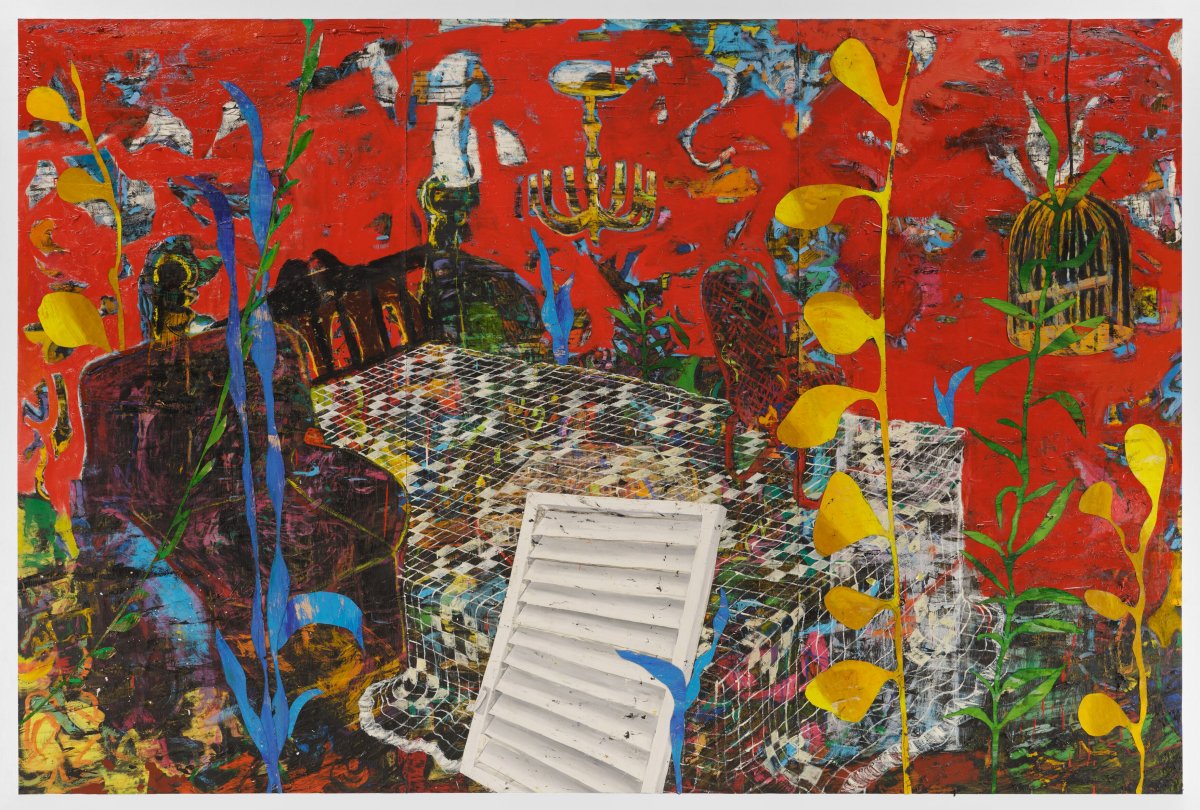 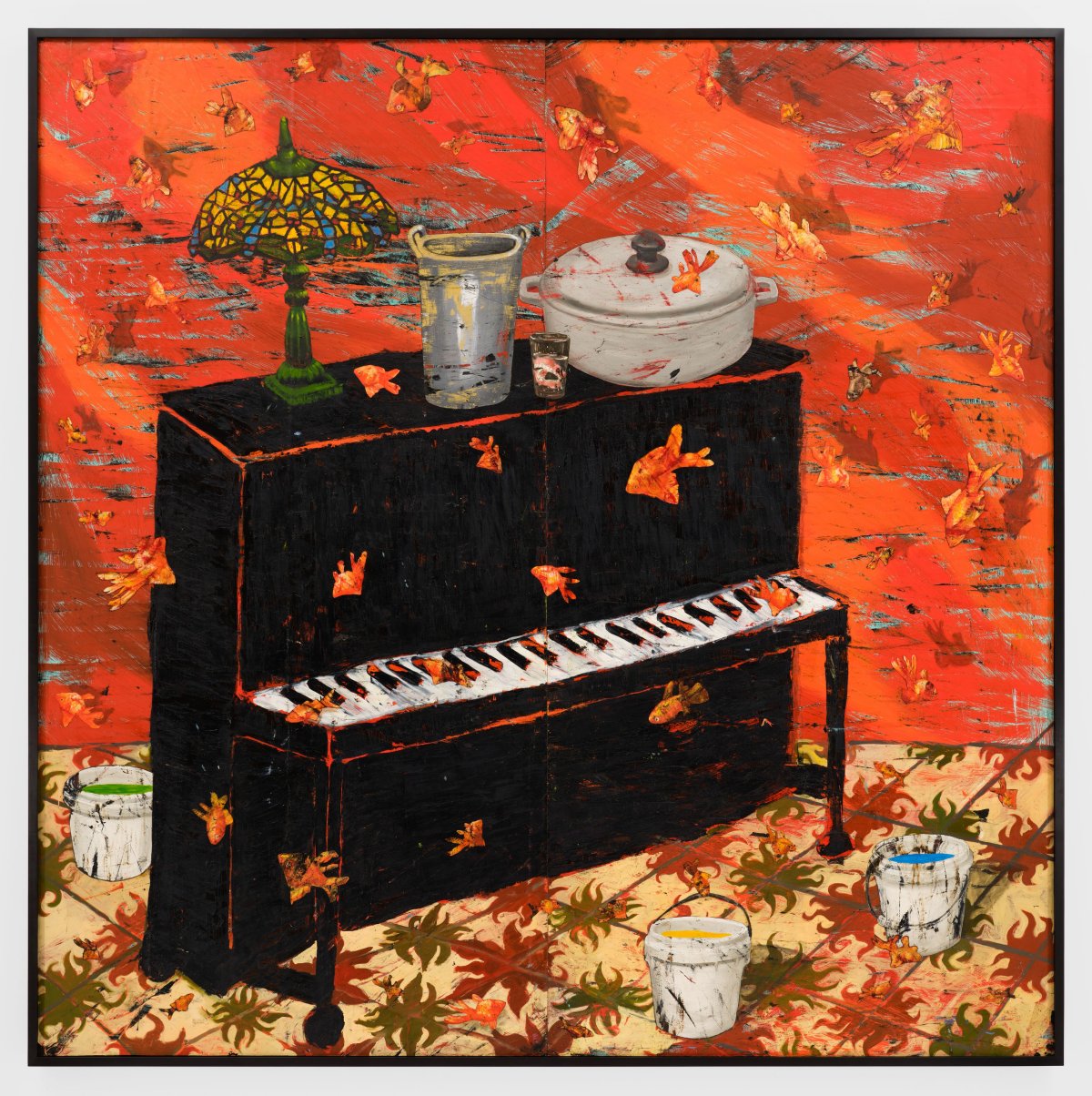 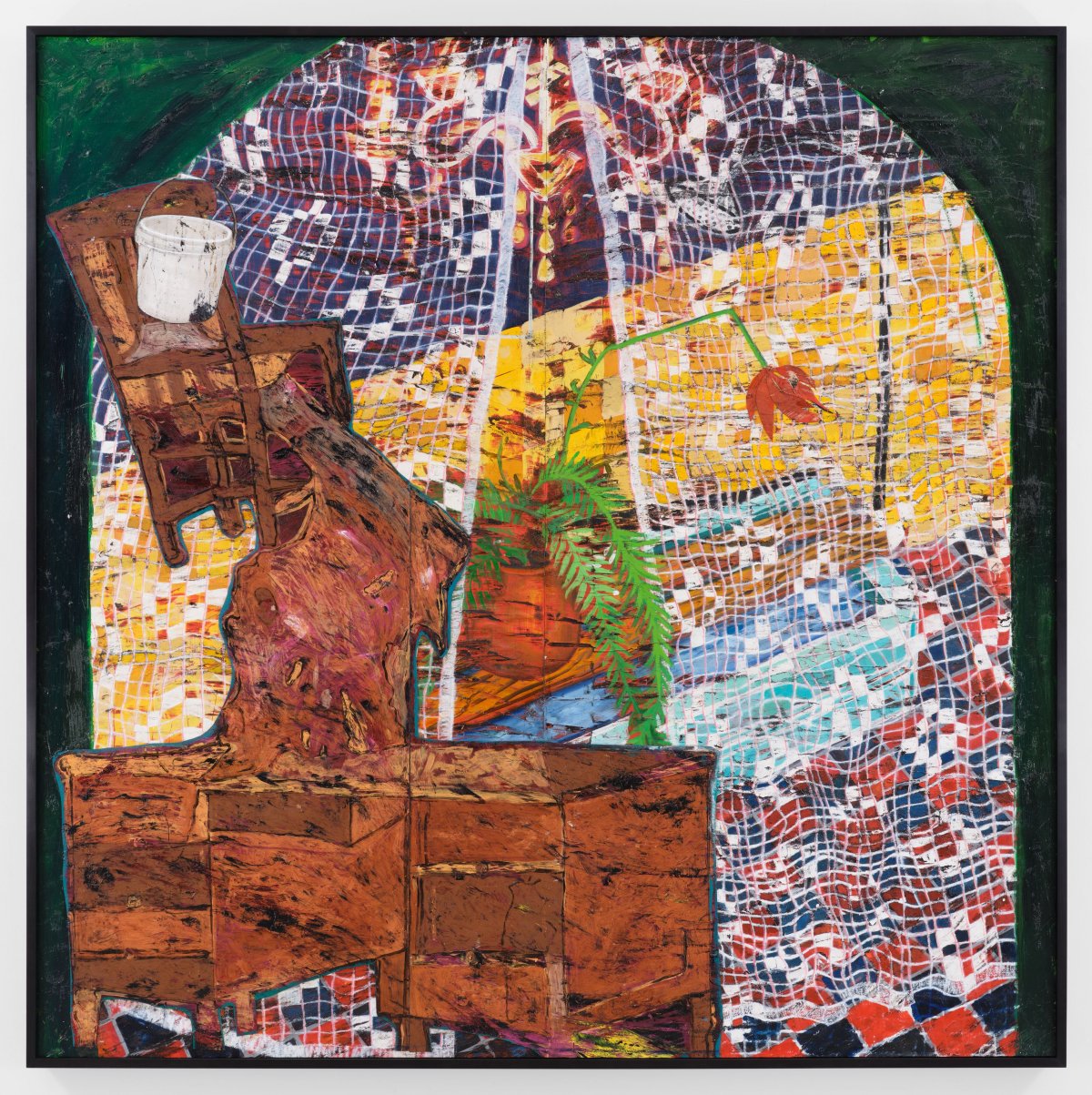 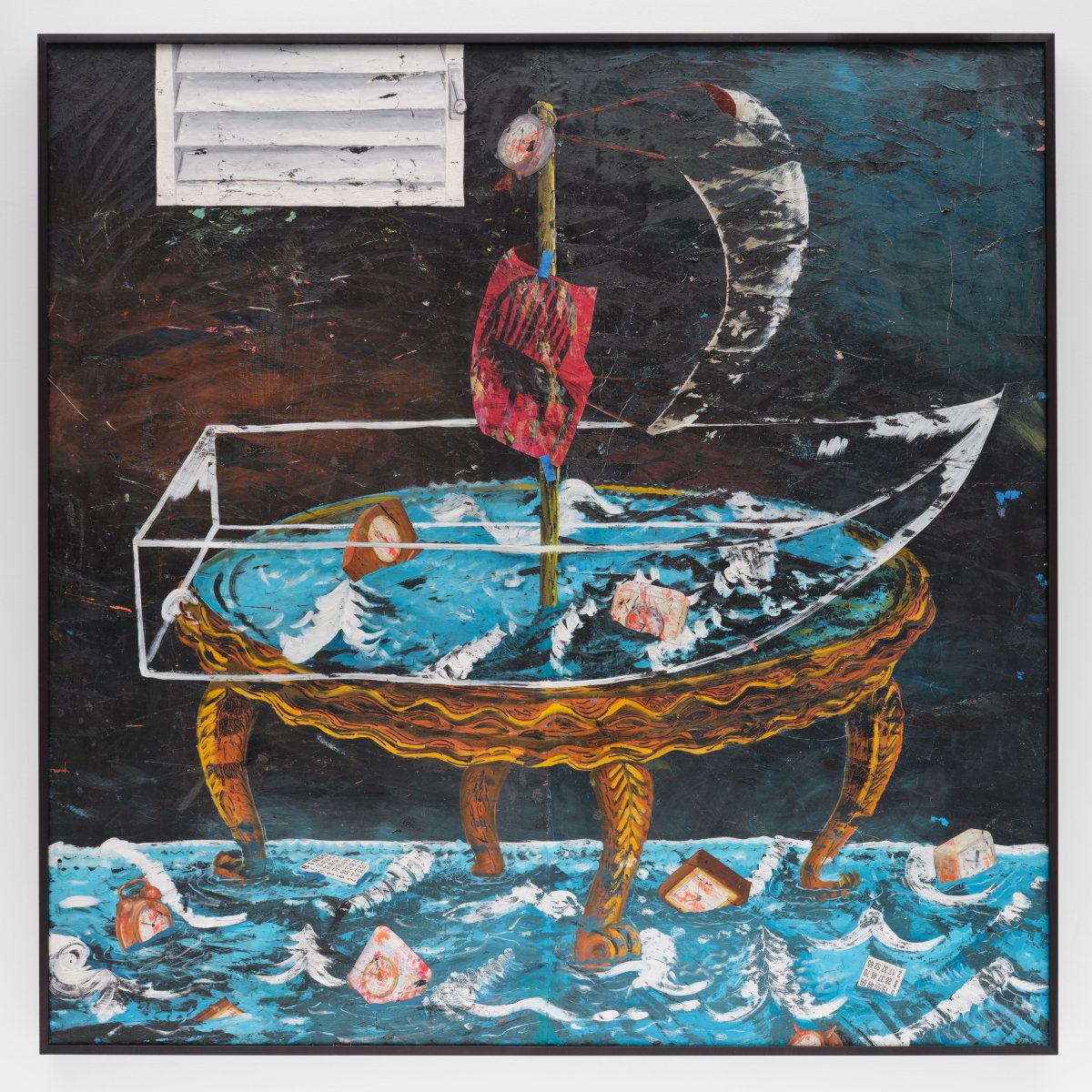 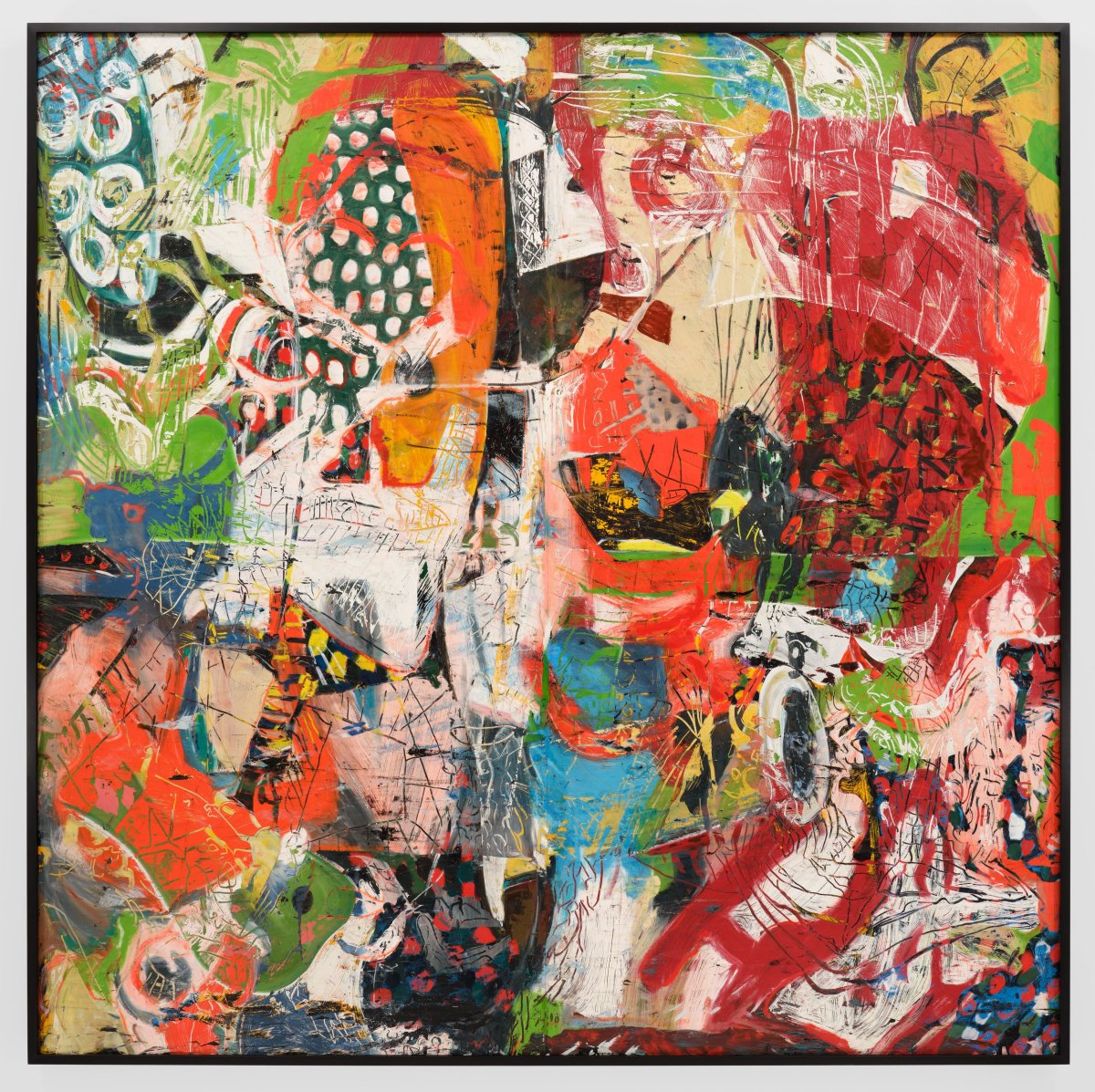 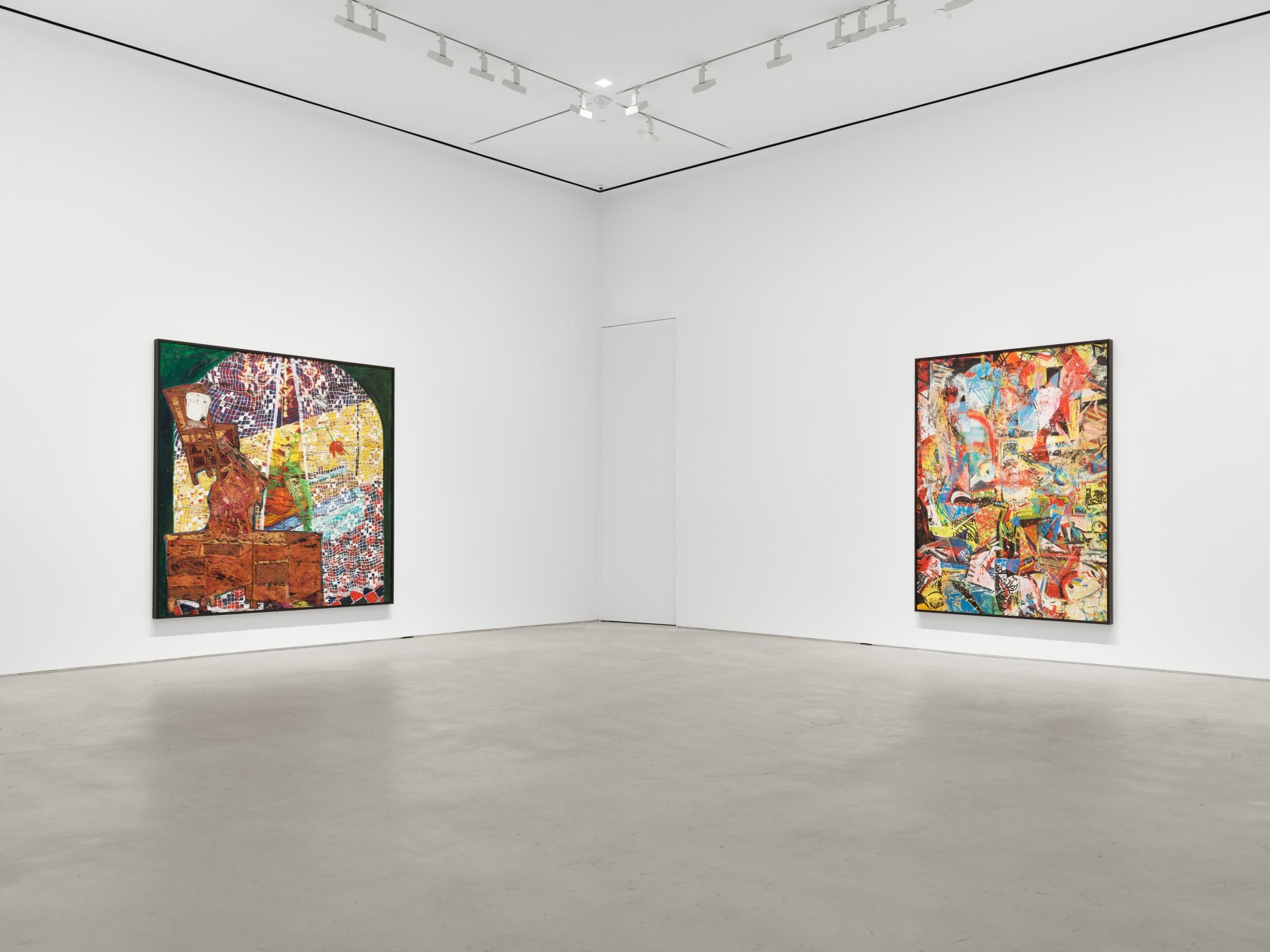 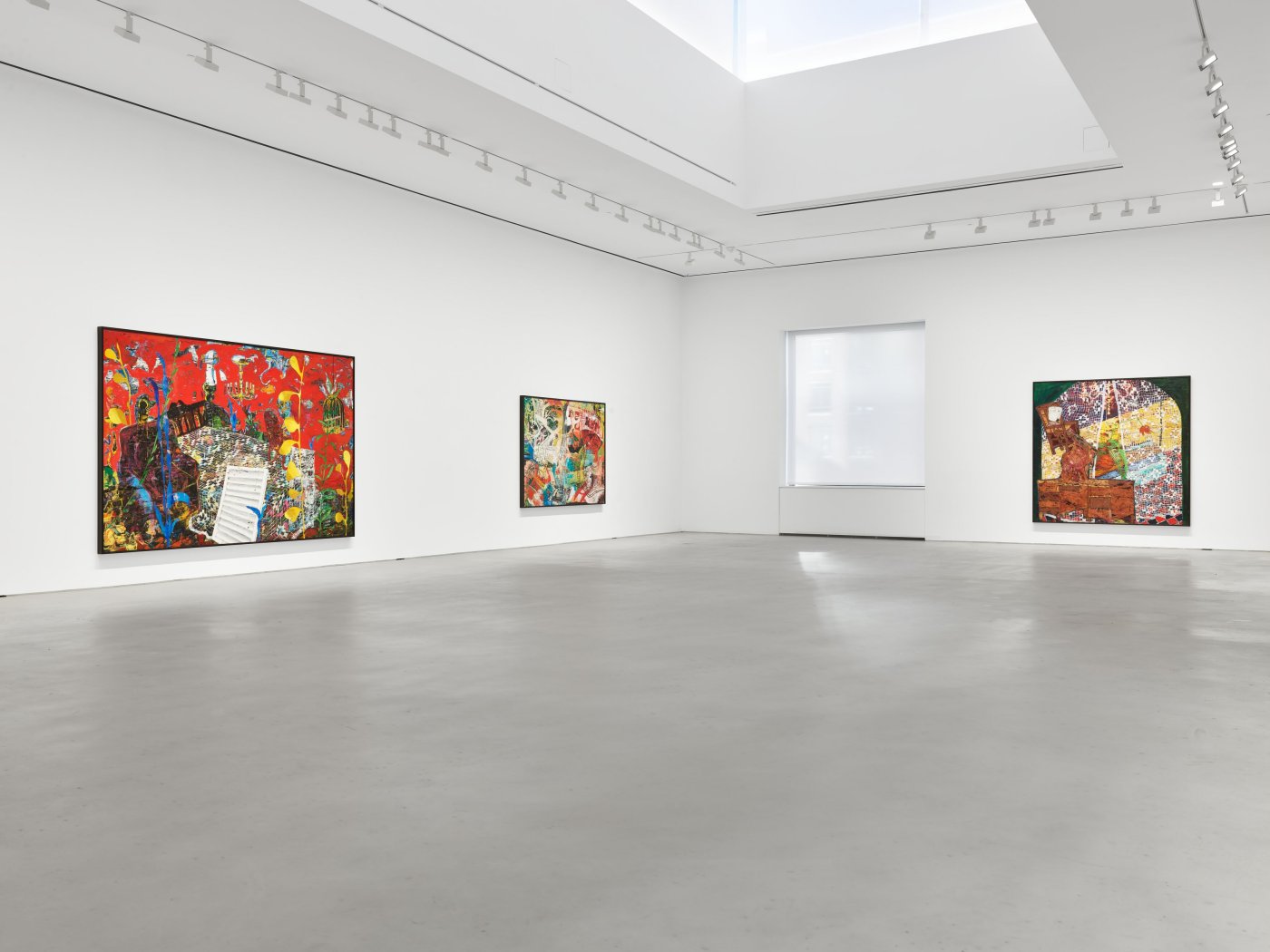 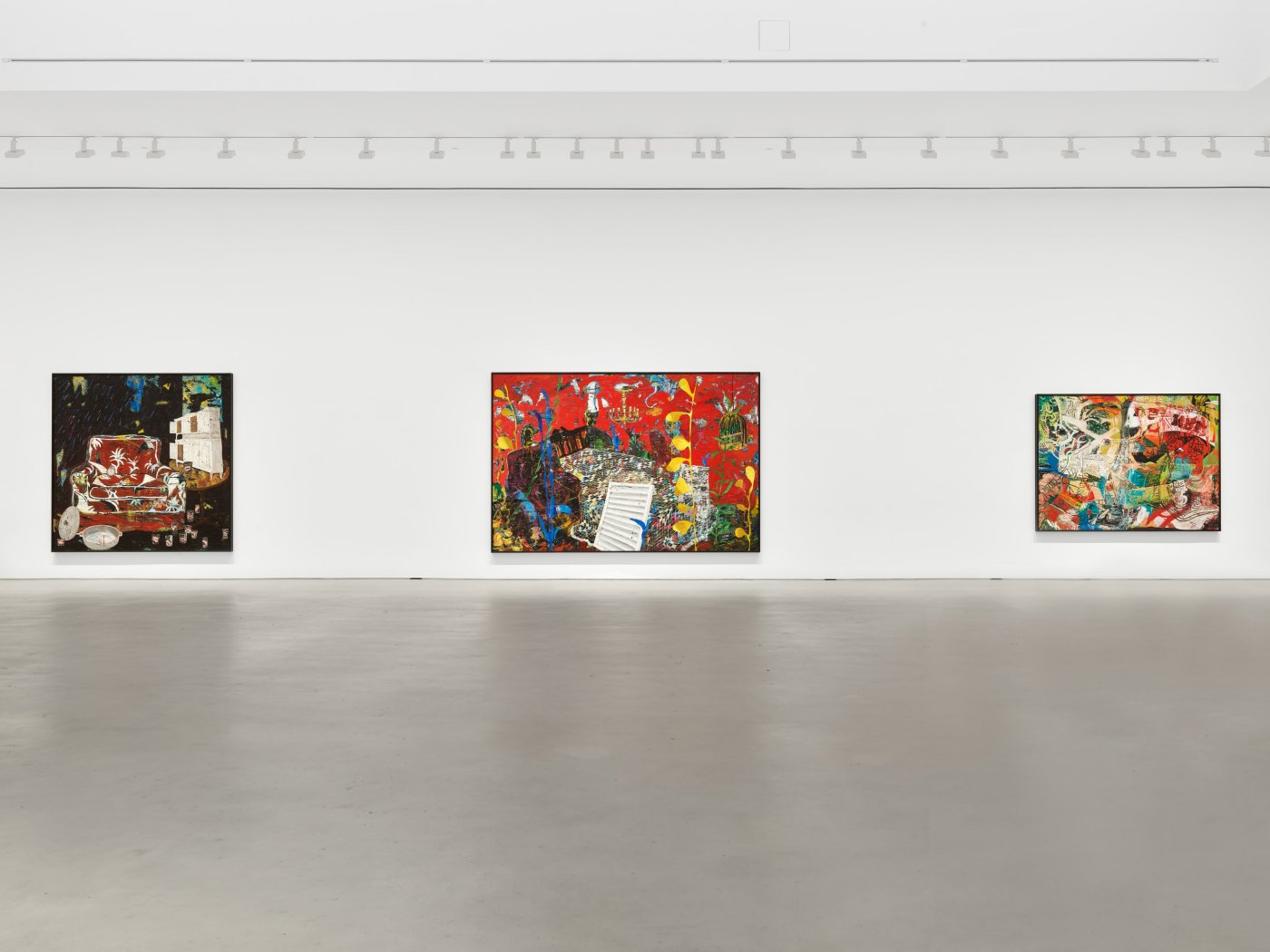 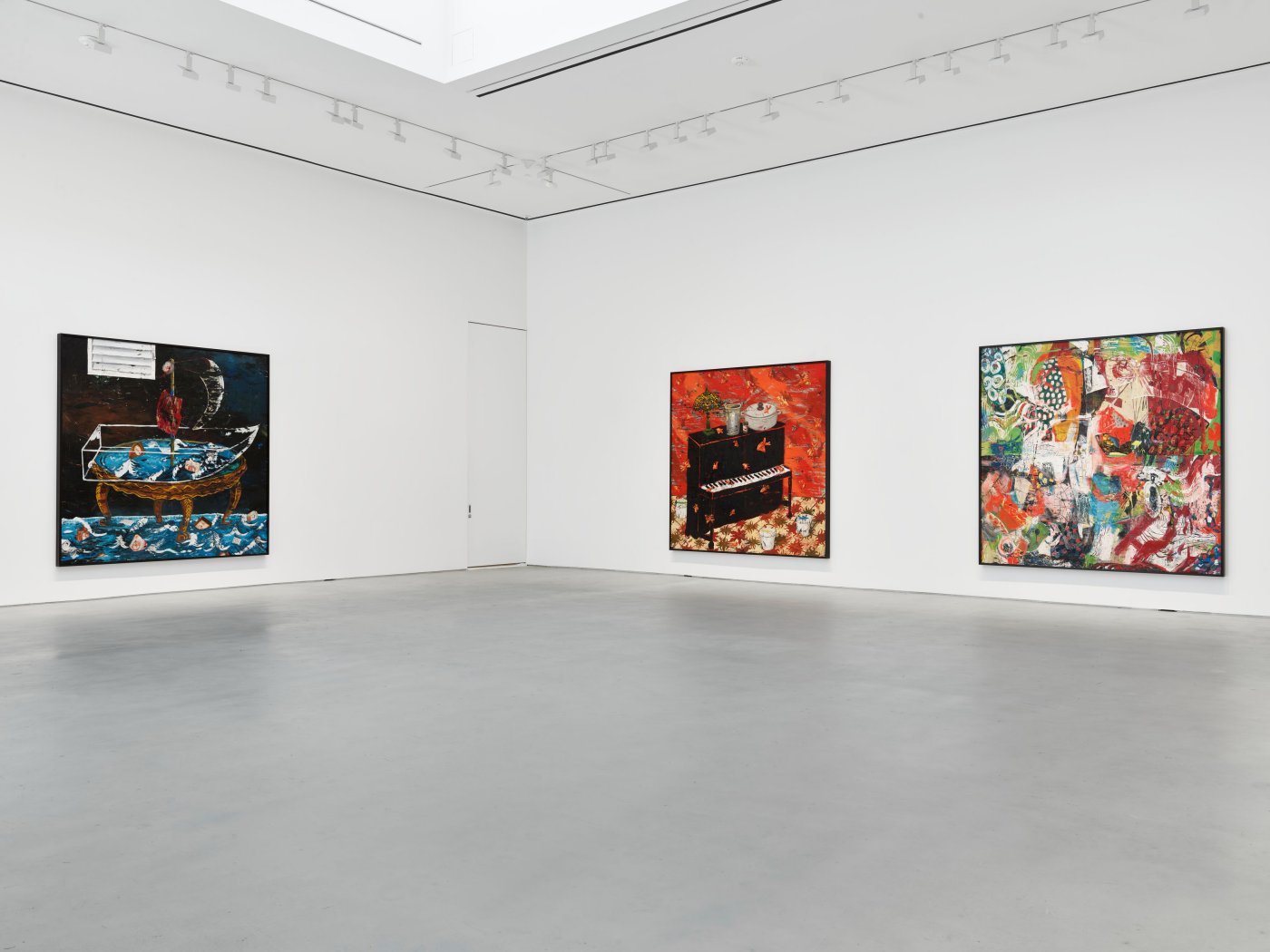 Otero’s signature approach to visual storytelling synthesizes magical realism and abstraction, the observed and the imagined, and the past and the present through a labor-intensive process of laying down, peeling and collaging oil paint. Drawing from his memories of growing up in Puerto Rico and the gestural mark-making of artists whose work he first discovered in books as a child––Picasso, de Kooning, Mitchell and Pollock, for example––Otero has invented a visual realm that evokes the enchanting and sometimes strange ways in which everyday objects become personified through the lens of memory.

While a few of the new works are predominantly abstract in nature, like ‘One Hundred Dreams From Now’ (2022), numerous compositions also represent quotidian objects that Otero has imbued with surreal qualities–– blurring the line between gesture and allusion, documentation and recollection to evoke a dreamlike state of consciousness. In the work titled ‘Concerto’ (2022), an upright piano from Otero’s studio, a former church in upstate New York, sits against an undulating crimson background.

The instrument is surrounded by objects that have become staples of Otero’s visual language––paint buckets, an old table lamp, an aluminum cooking pot and dentures soaking in a drinking glass. Meanwhile, a school of goldfish––another recurrent motif––rains down upon the piano’s keys in a hypnagogic melodic performance. Below, the floor is covered by ceramic tiles decorated with a pattern inspired by traditional tiles from sixteenth- century Spain. Found throughout homes in Puerto Rico, the tiles reflect both the artist’s personal recollections and the collective memory of colonialism in Puerto Rico.

In the painting ‘Behind Curtains’ (2022), the viewer is positioned just outside an arched doorway that frames an inviting yet disorienting space: A sheer curtain of crocheted lace obscures the details of a room rich with bright colors and textures, while the diagonal composition of a wooden sculpture made from old furniture levitates above the floor. The curtain’s floral patten reappears on a bedspread in the painting ‘Mi Acuario’ (2022), in which bright blue and yellow sea kelp have taken over the room like an overgrown garden, transforming it into a fantastical, human-sized fish tank.

In a reversal of the typical painting process, Otero begins each new work by painting the foreground scene on plexiglass first and then working backward, in layers, so the background, frequently inspired by historical abstract masterpieces, is painted last. He then builds in a layer of fabric to hold the entire structure together before scraping it off and fixing it onto canvas. Afterward, Otero continues to add to the surface, collaging images of items like pots and pans, window shutters, bingo tickets and folded paper fans from a repository of previously made works to create an entirely new, multilayered composition. In this way, the artist merges process and intent: through the skilled layering and mixing of fragments from different sources, he effectively emulates the ways in which our memories of the past, imprecise and frequently distorted, are pieced together to construct our present.